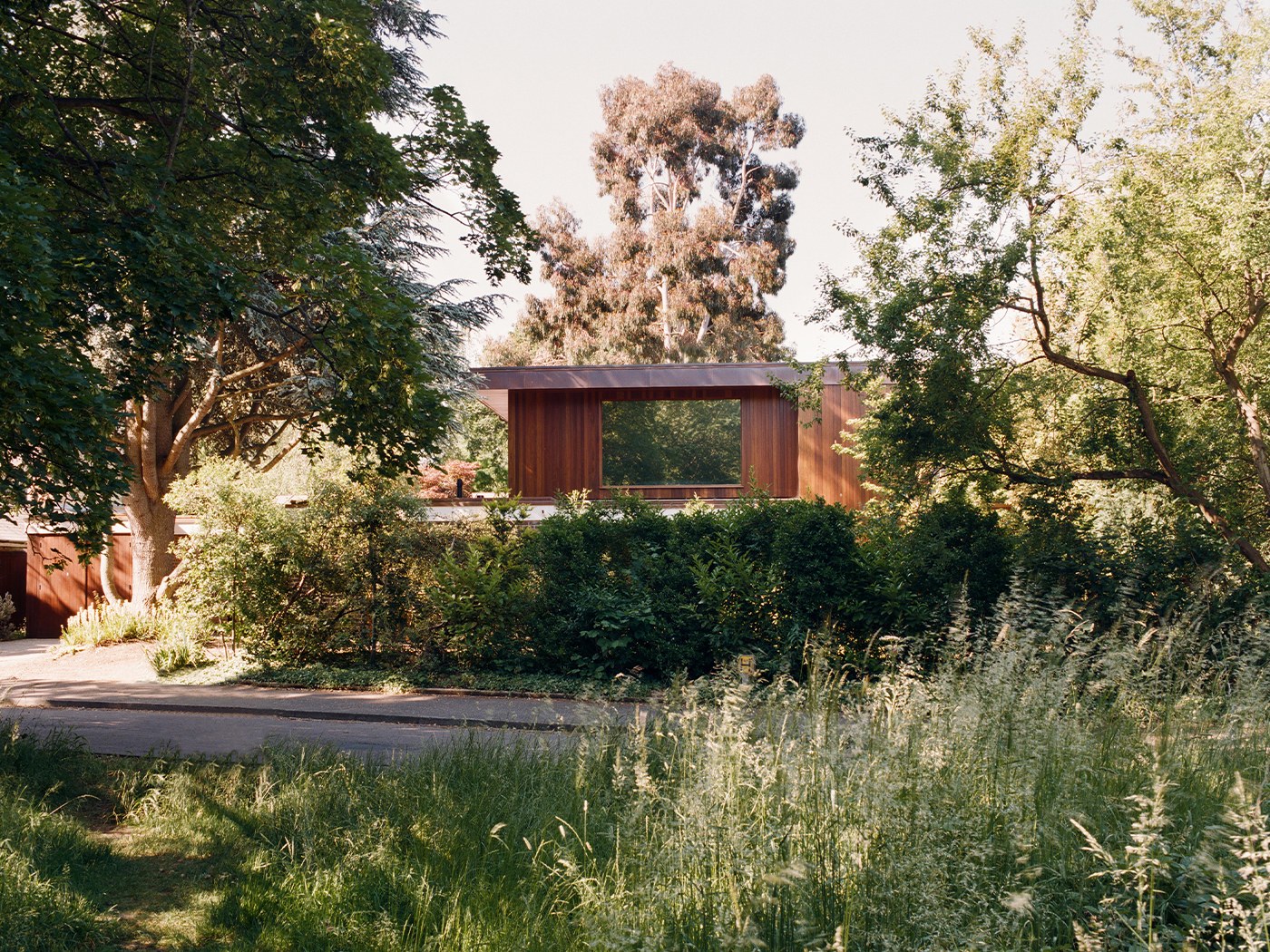 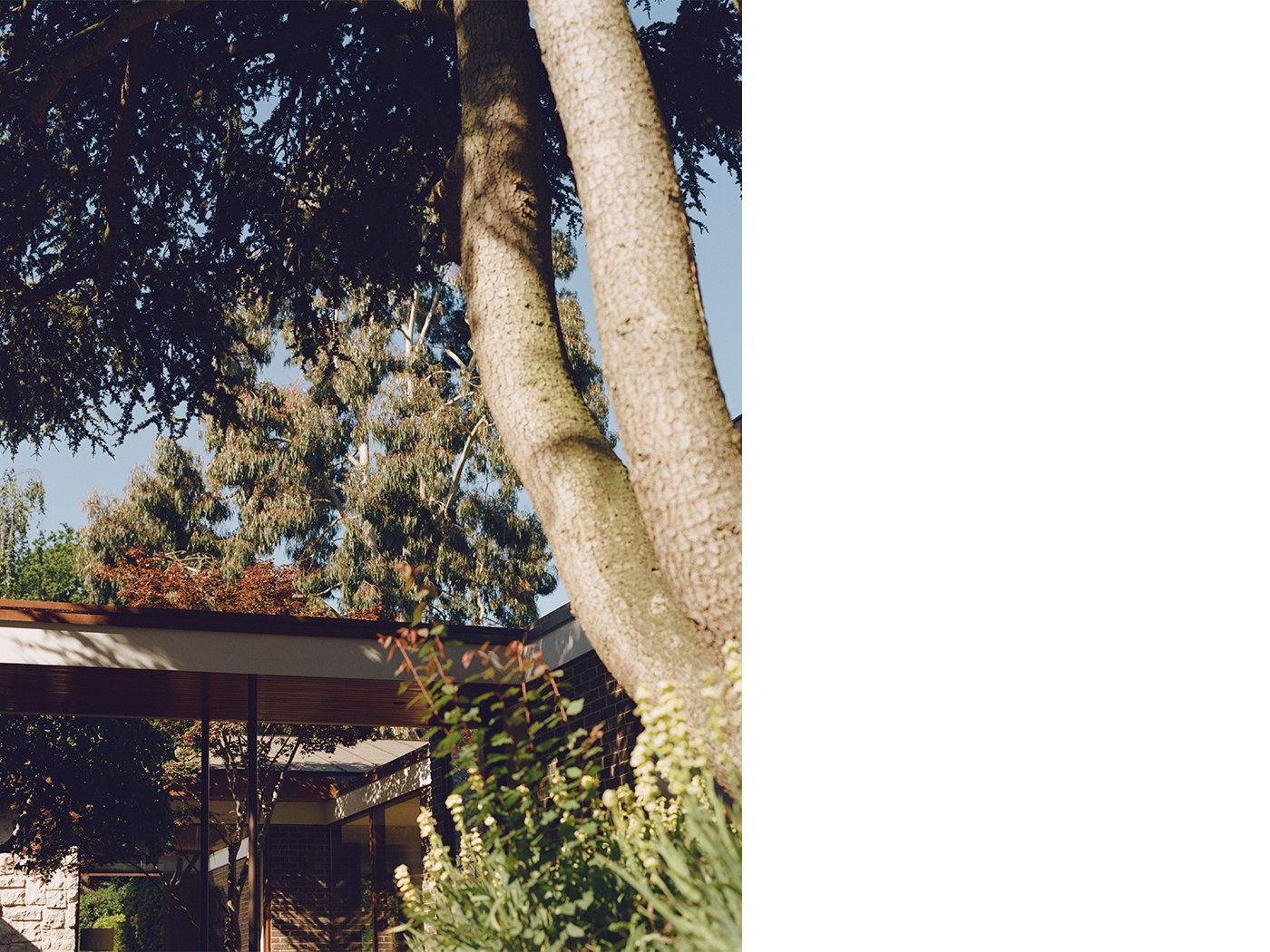 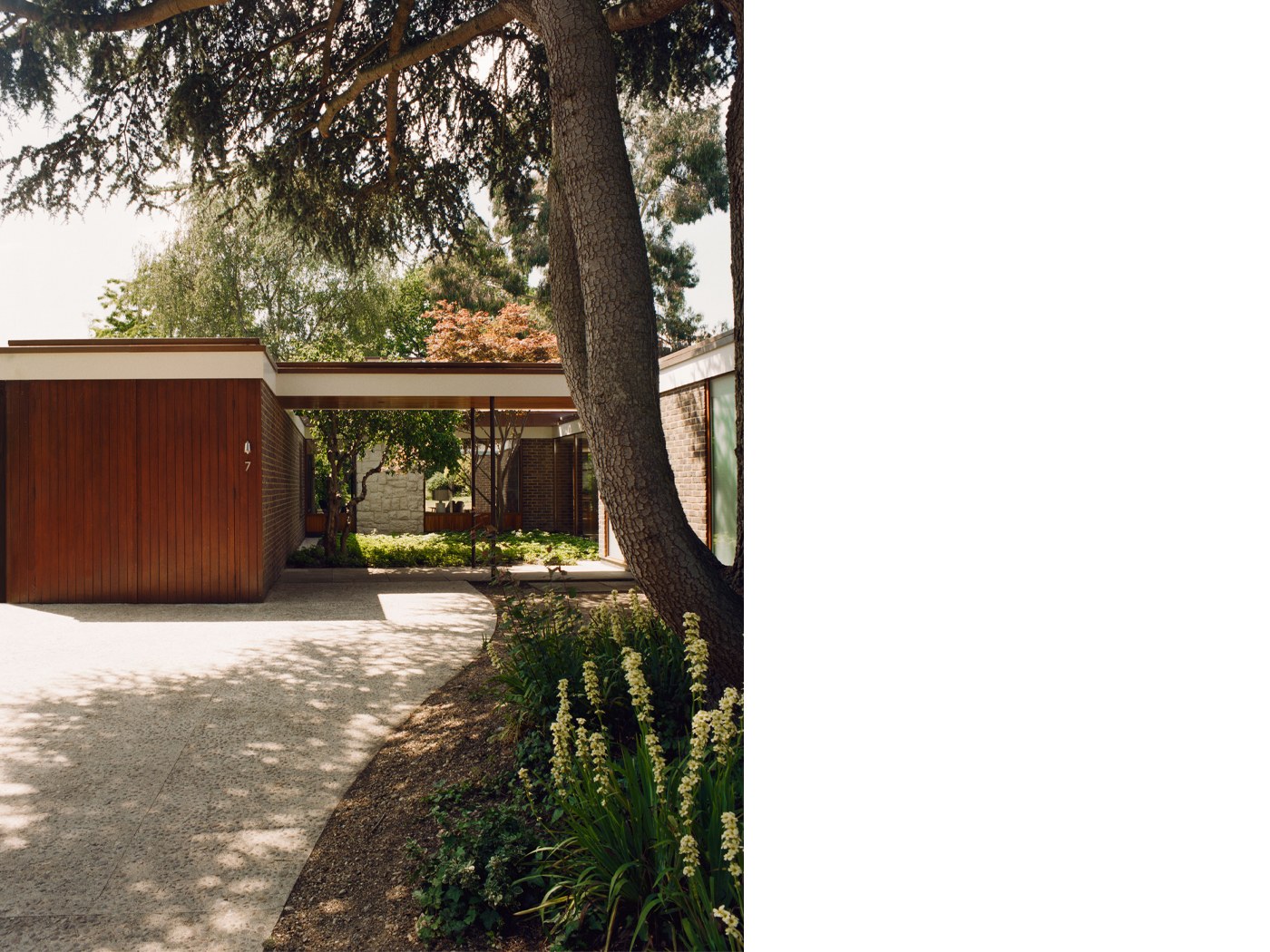 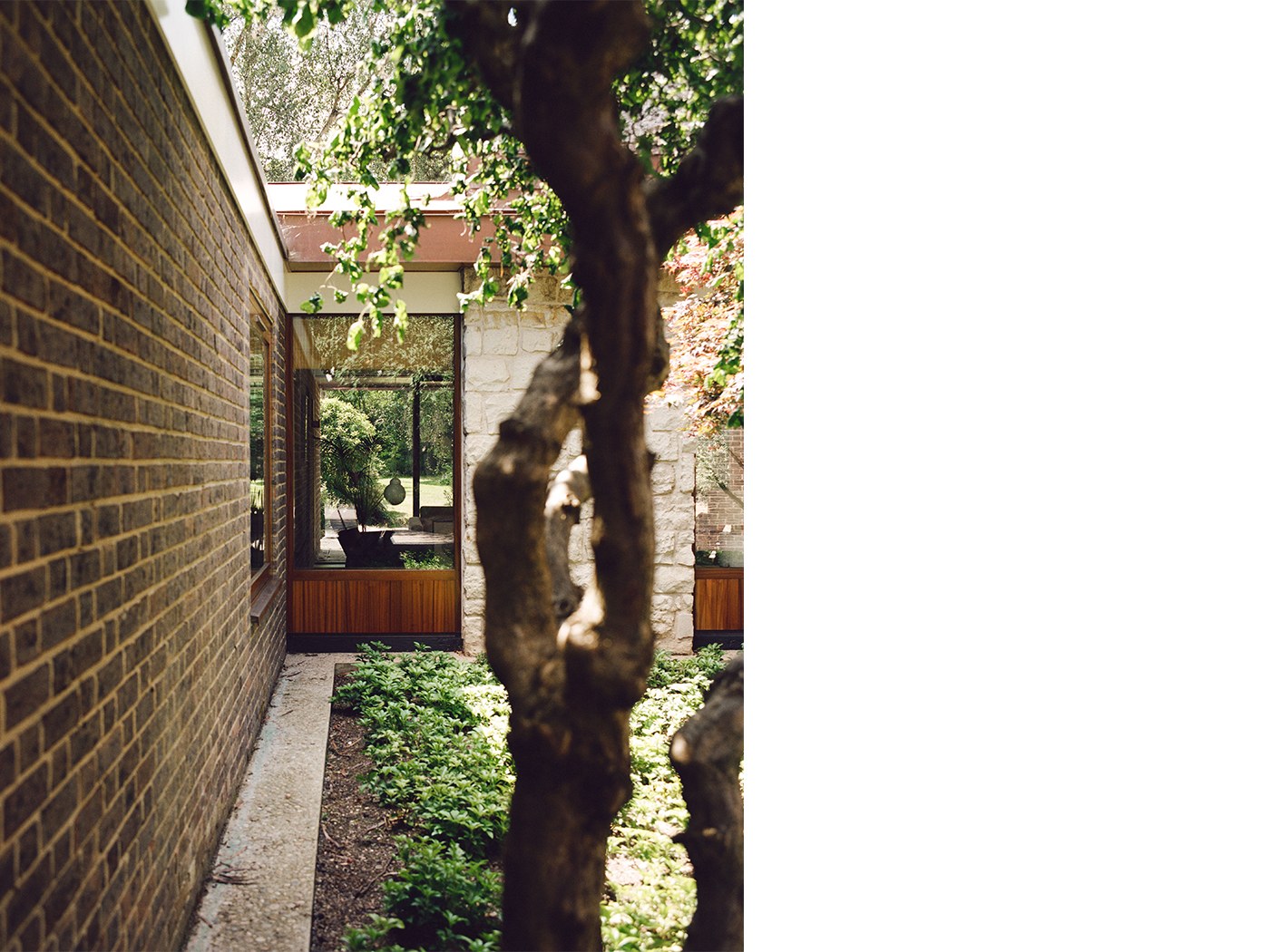 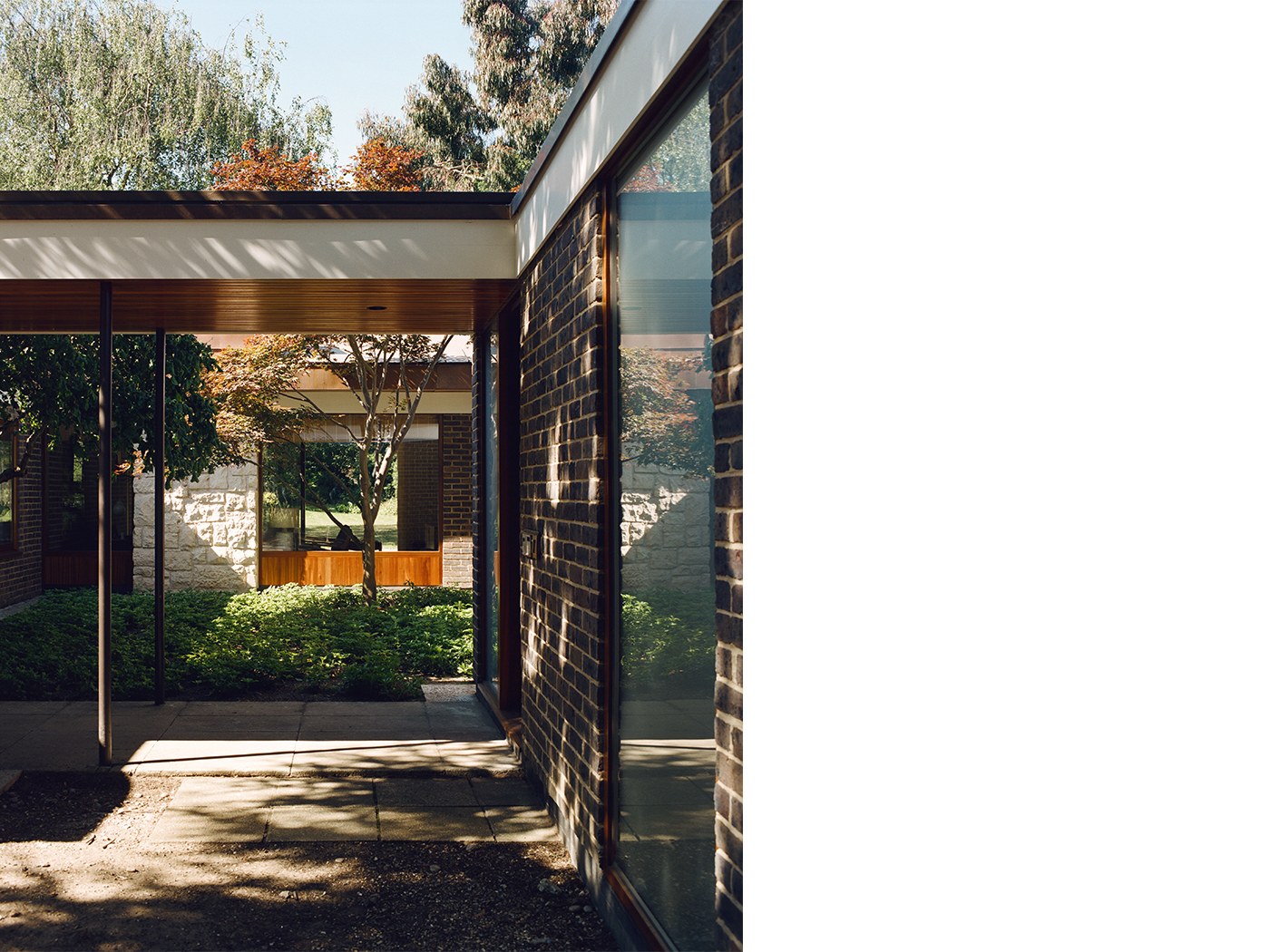 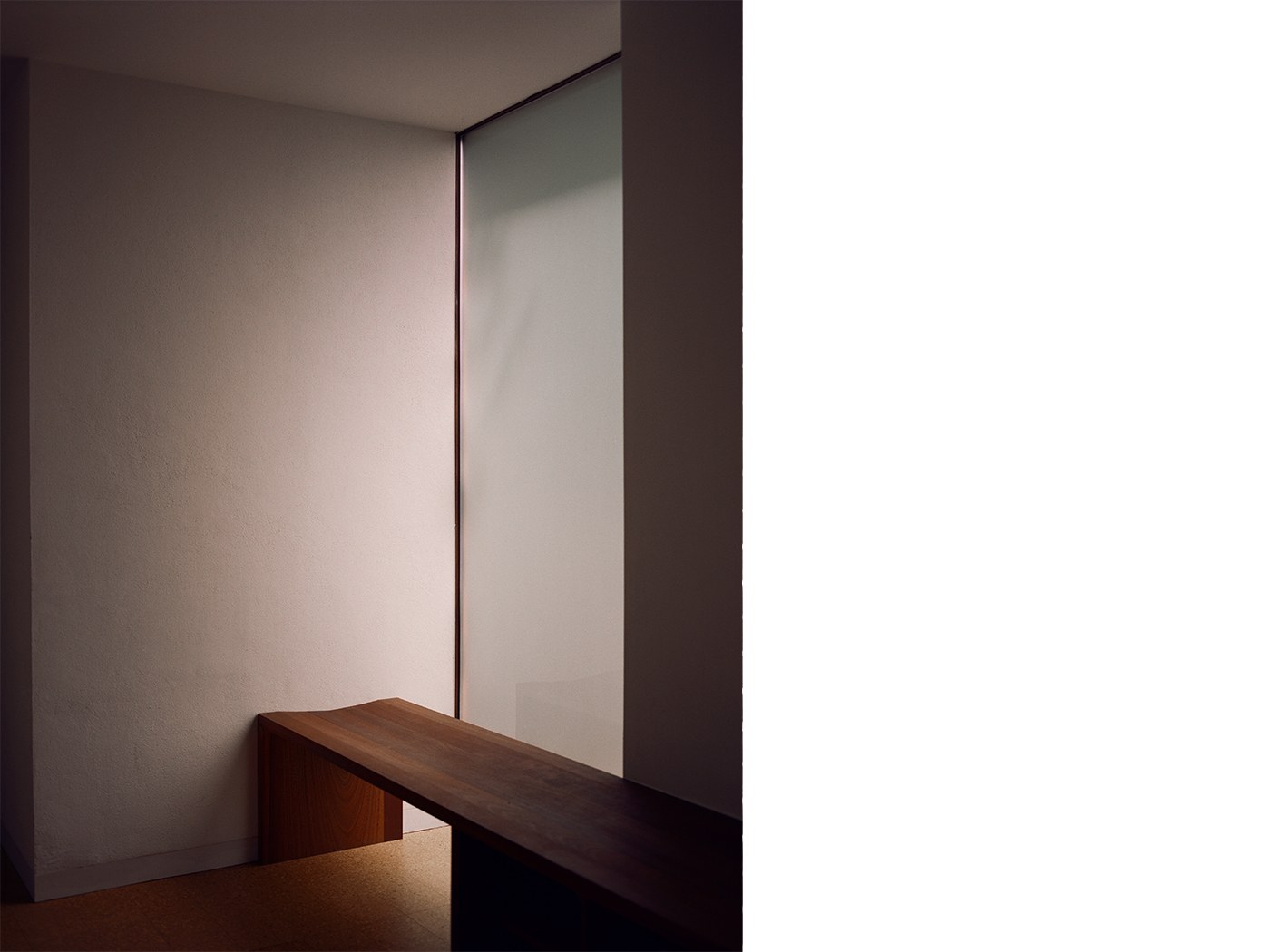 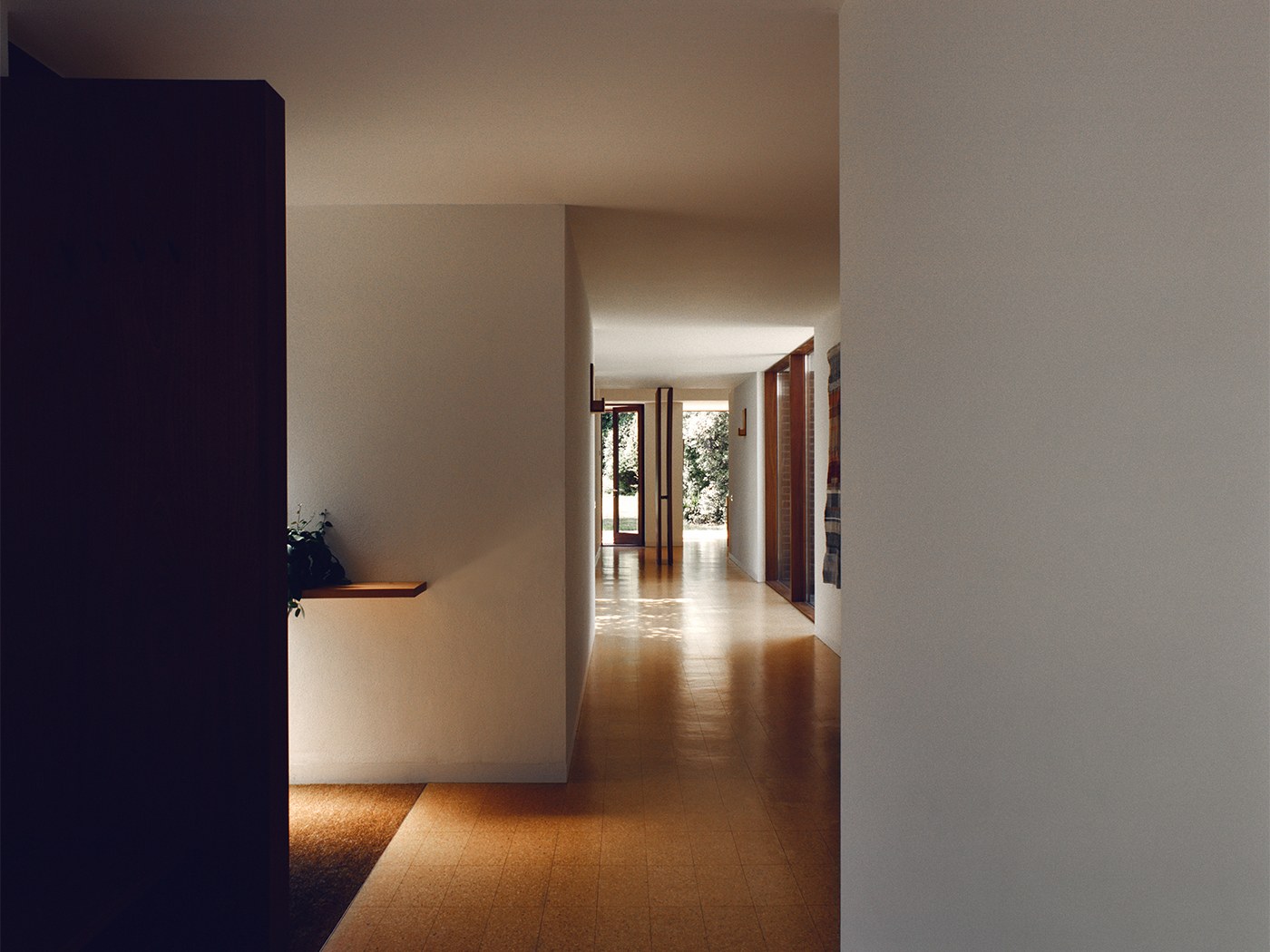 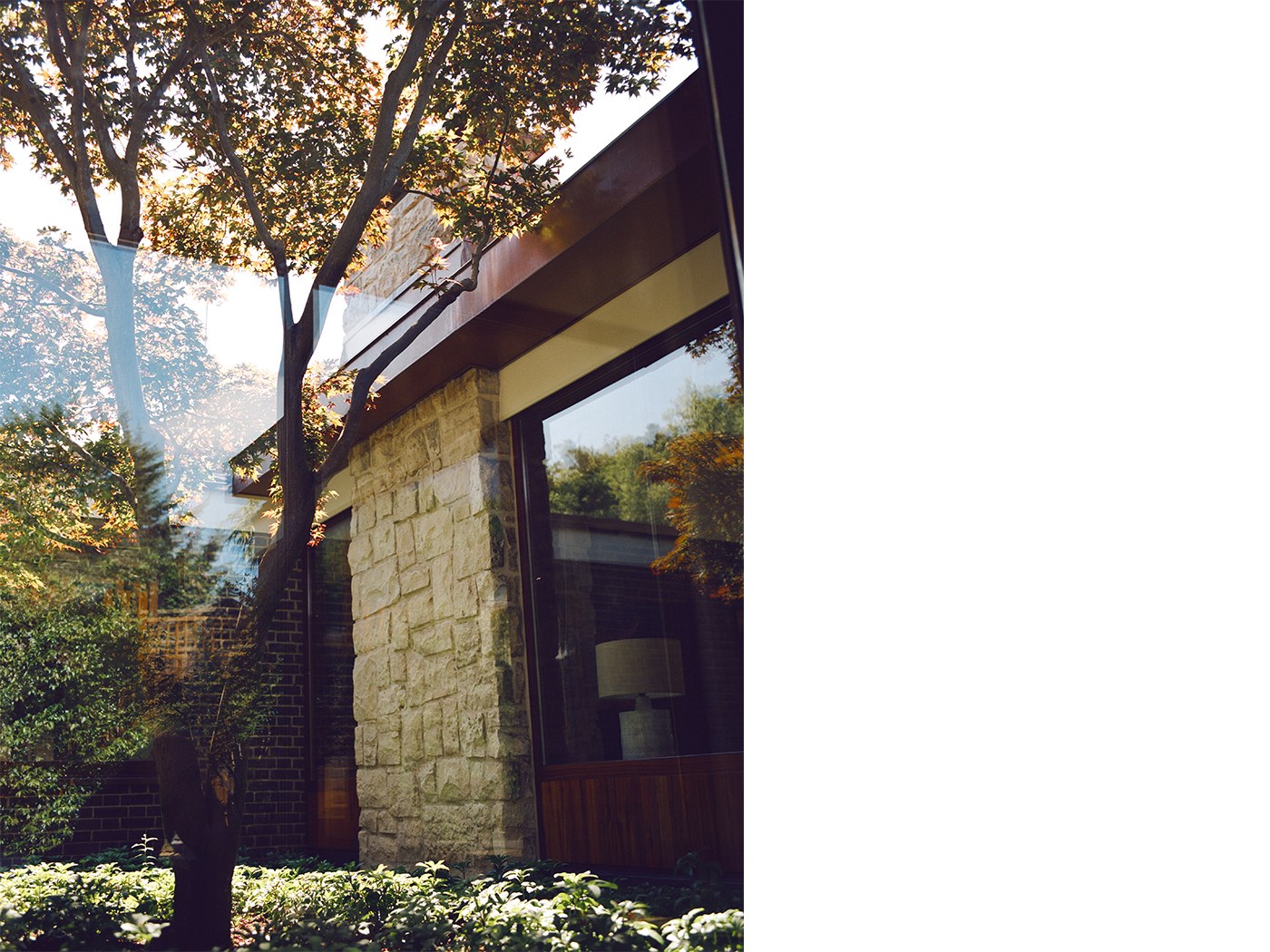 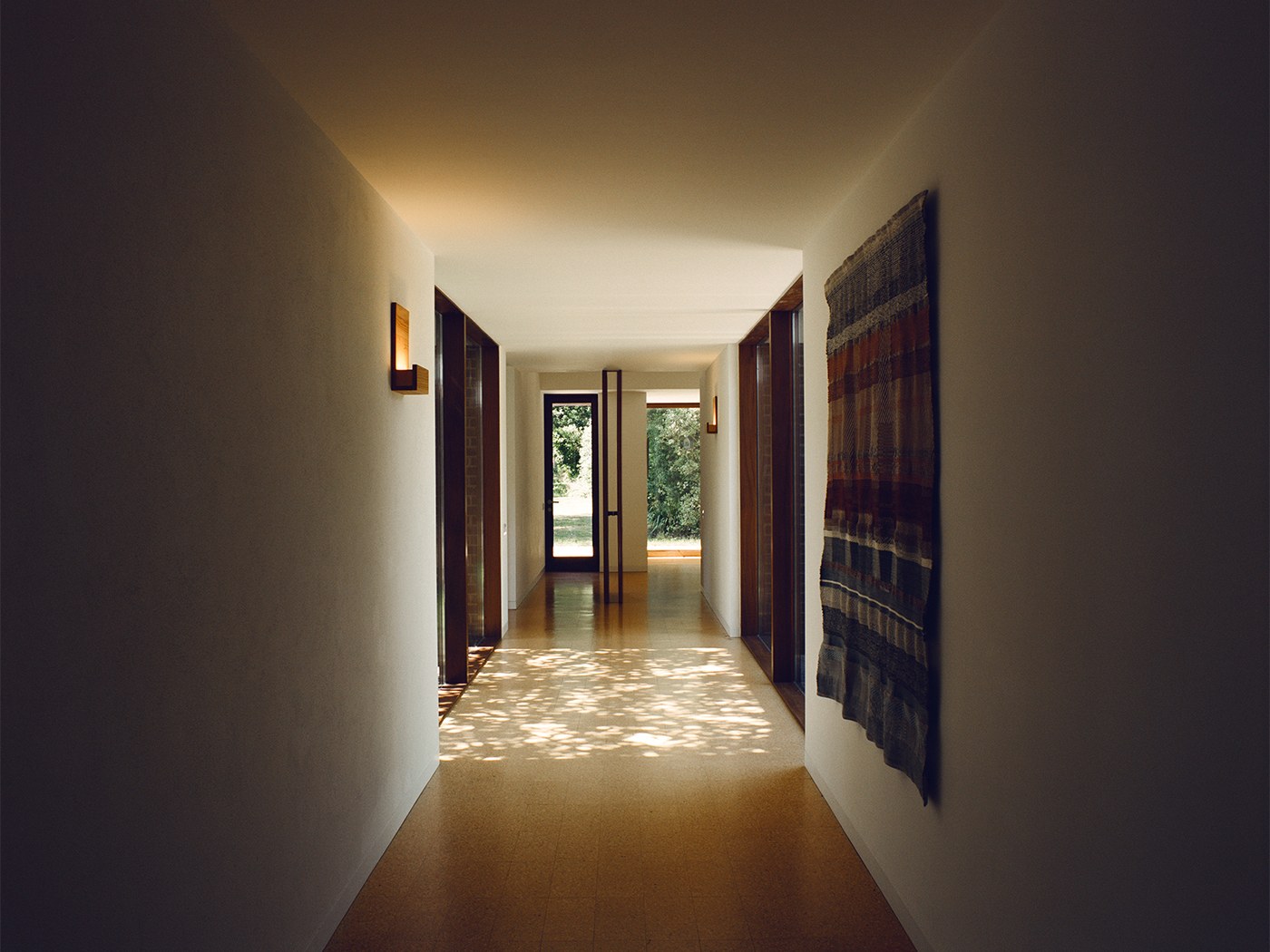 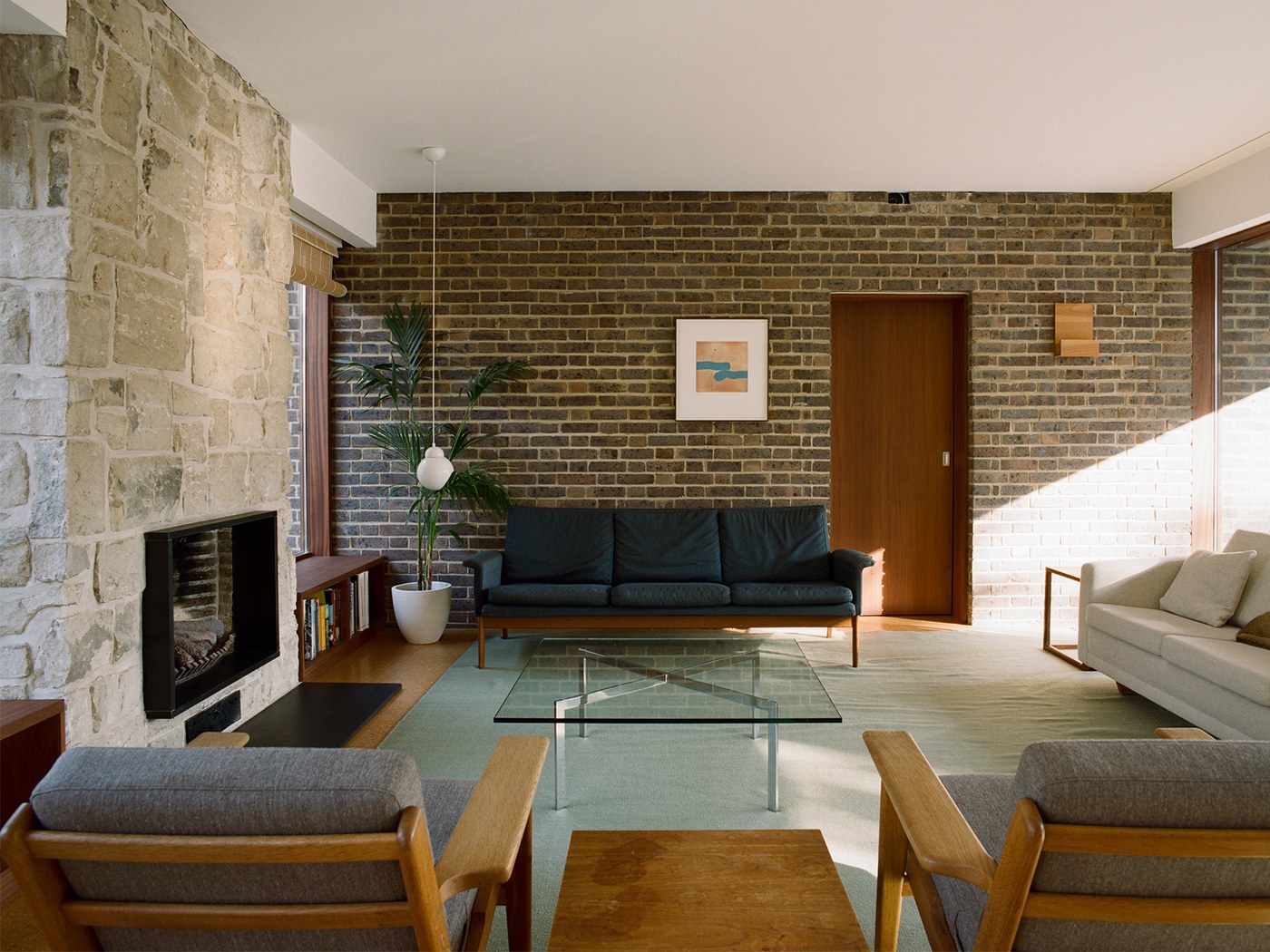 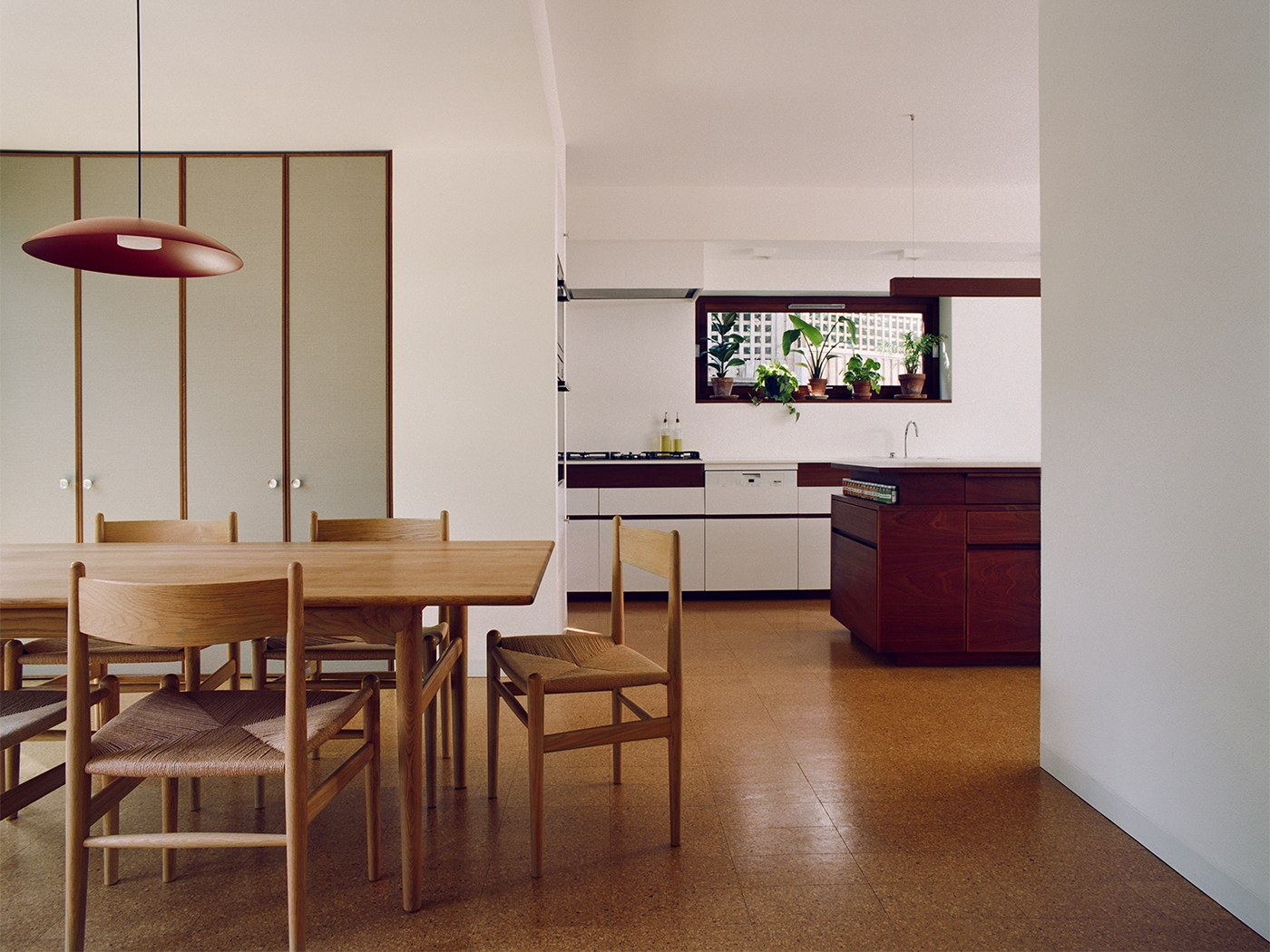 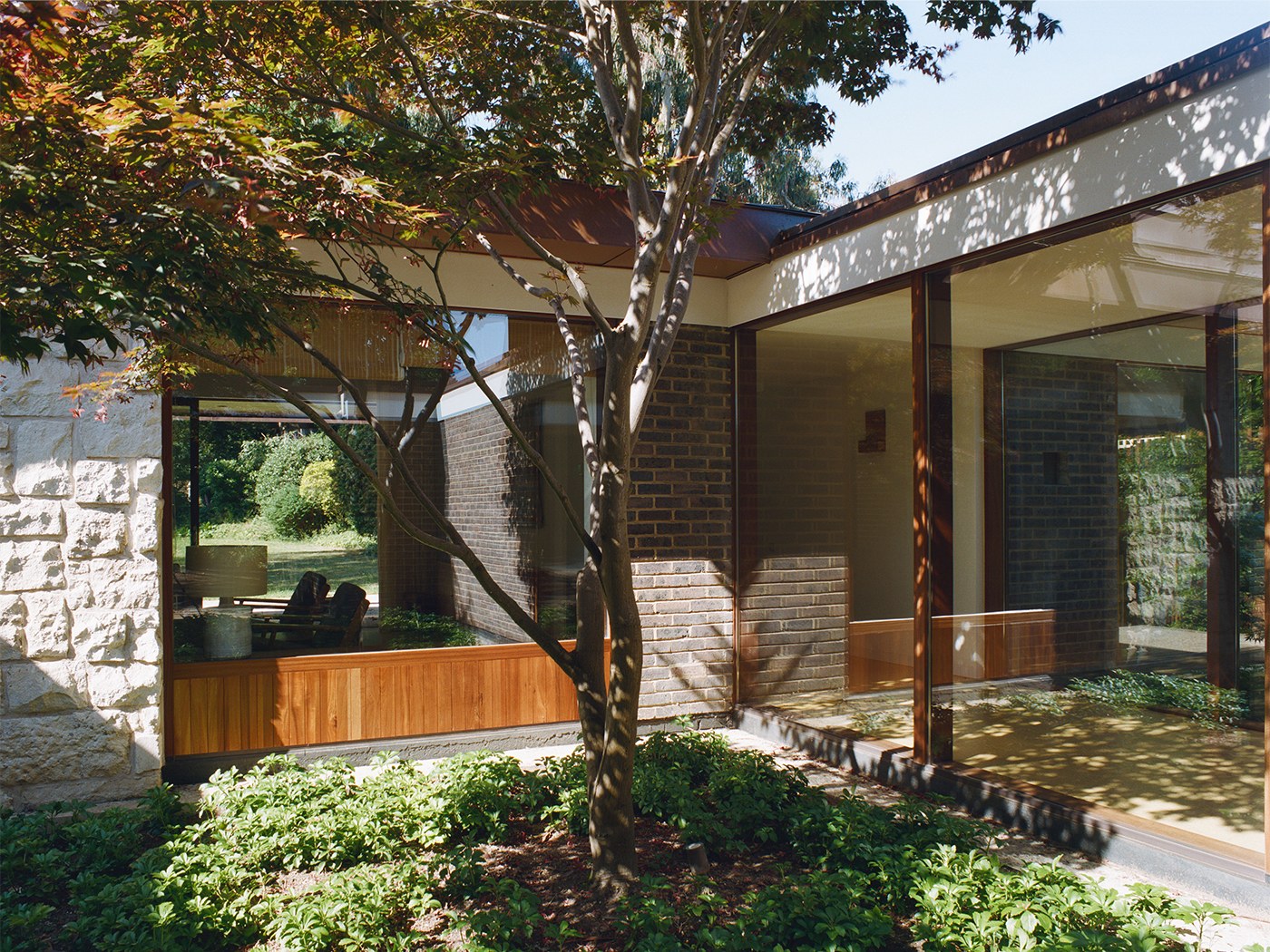 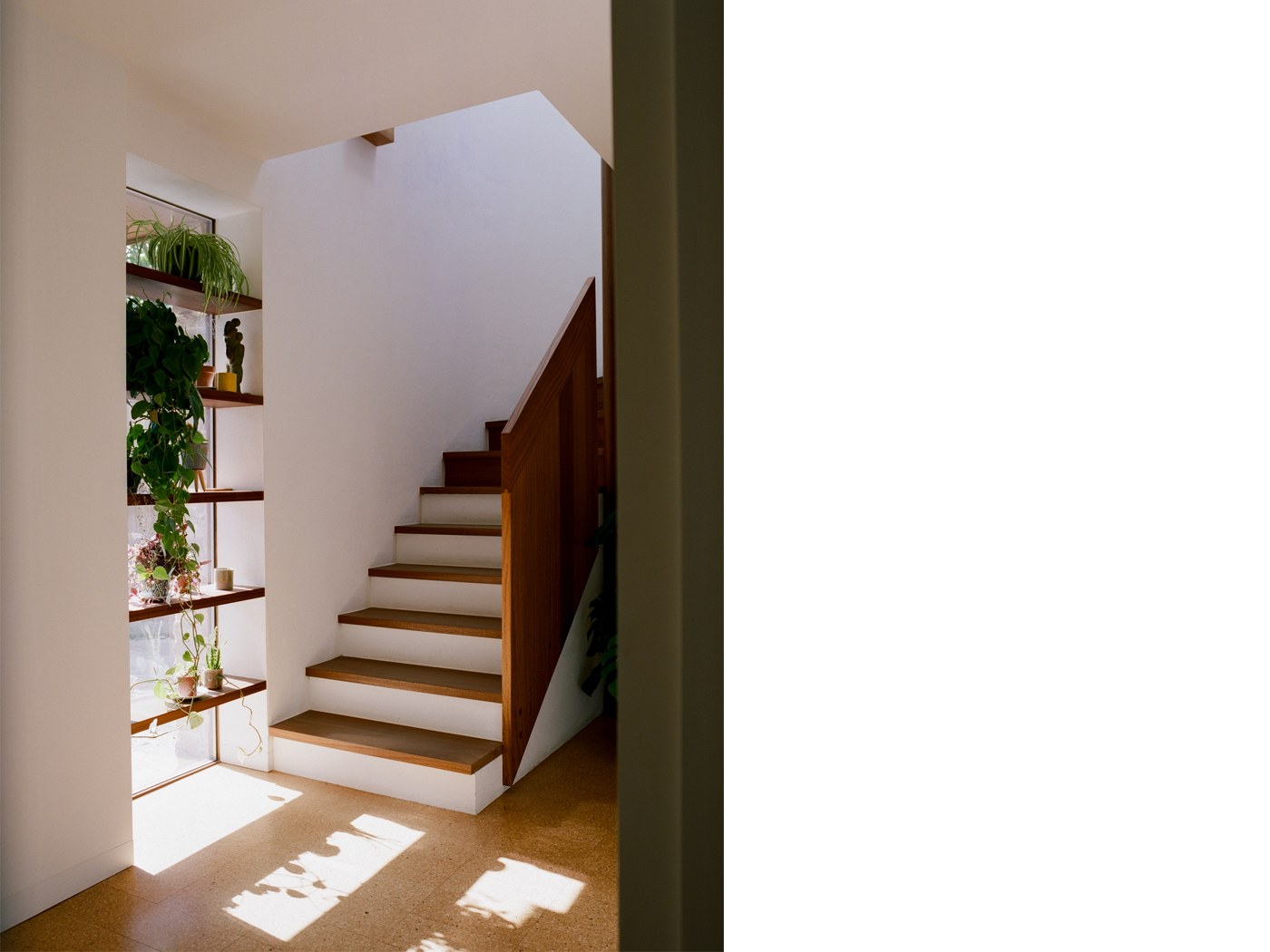 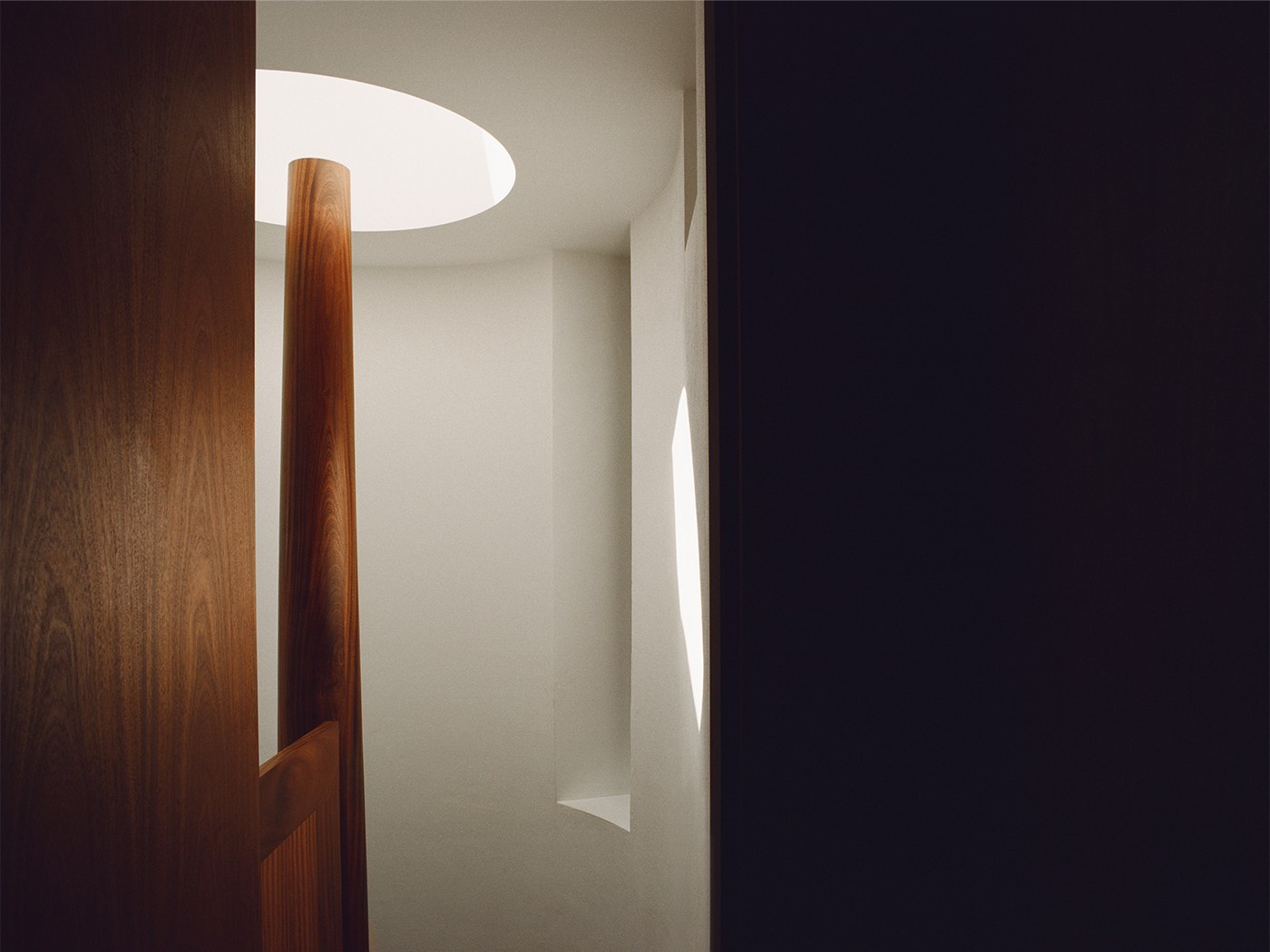 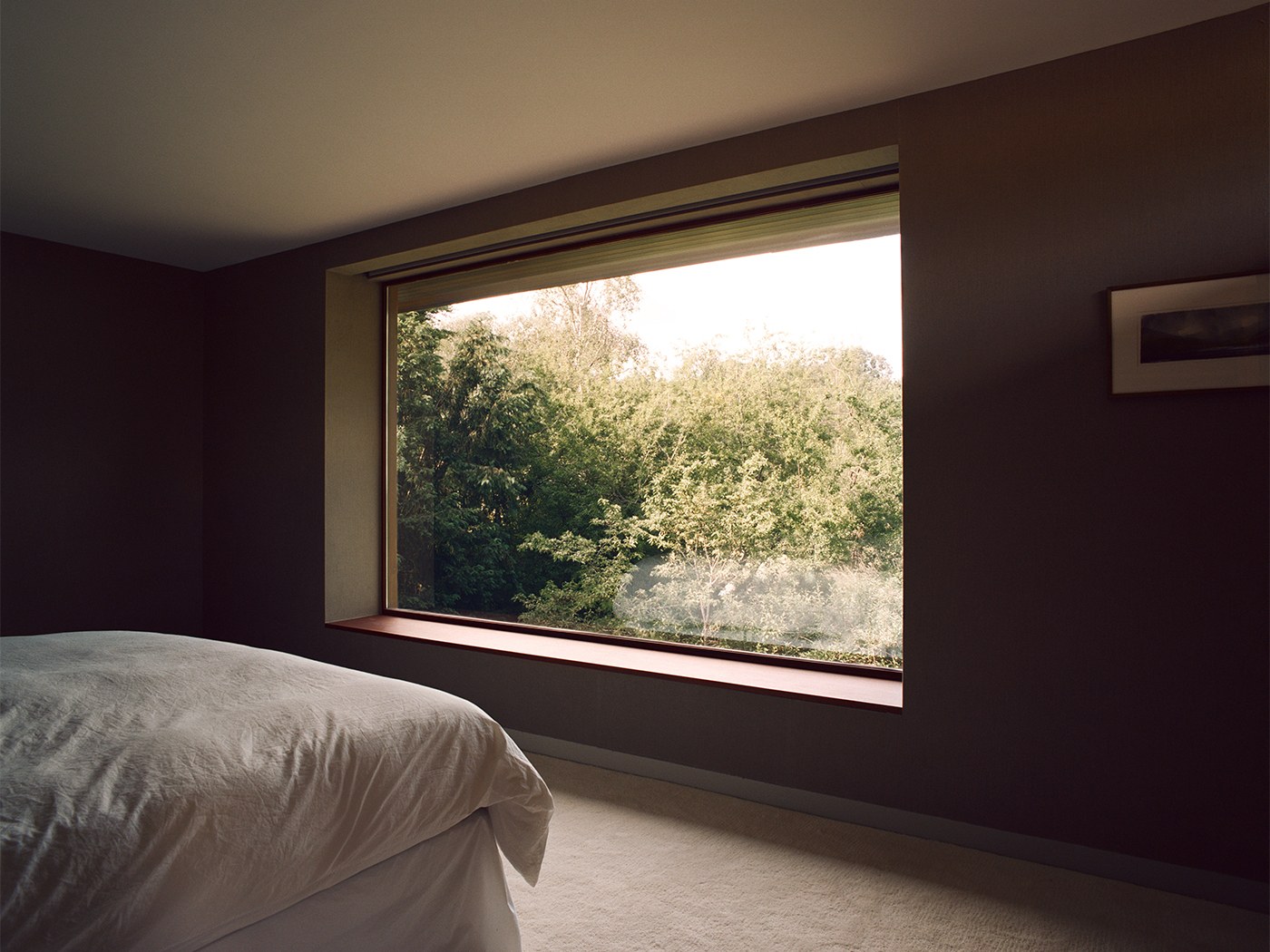 The sensitive refurbishment and extension of a 1950’s modernist courtyard house. Our clients bought the house from the family who commissioned it from architect Leslie Gooday in 1958.

The house has a modesty and reticence, hidden by planting from the street, revealing itself in layers. The bedrooms are to the front and, separated by a glazed corridor between two courtyards, the living spaces are to the rear, making simply walking through the house, or to bed, an uplifting journey.

The house required extensive upgrading works to remove asbestos, insulate and double glaze, but we also opened up views through the house and into the garden, doubling the width of the central corridor, and formed a larger kitchen. The space flows between blocks of rough plaster over new cork floor tiles, laid to the original proportions. Two weavings were commissioned for the house by Catarina Riccabona.

An entirely new first floor master bedroom was added with a view out into the trees of the common opposite, clad externally in cumaru timber and copper and lined internally in olive green linen, and reached up a semi-circular stair winding around a totem pole beneath a circular skylight so that it supports the sky.

The house has an openness, retaining the optimism of the modernist era it was built in. It is an incredibly nice house to be in.

Photographed on film by Harry Crowder