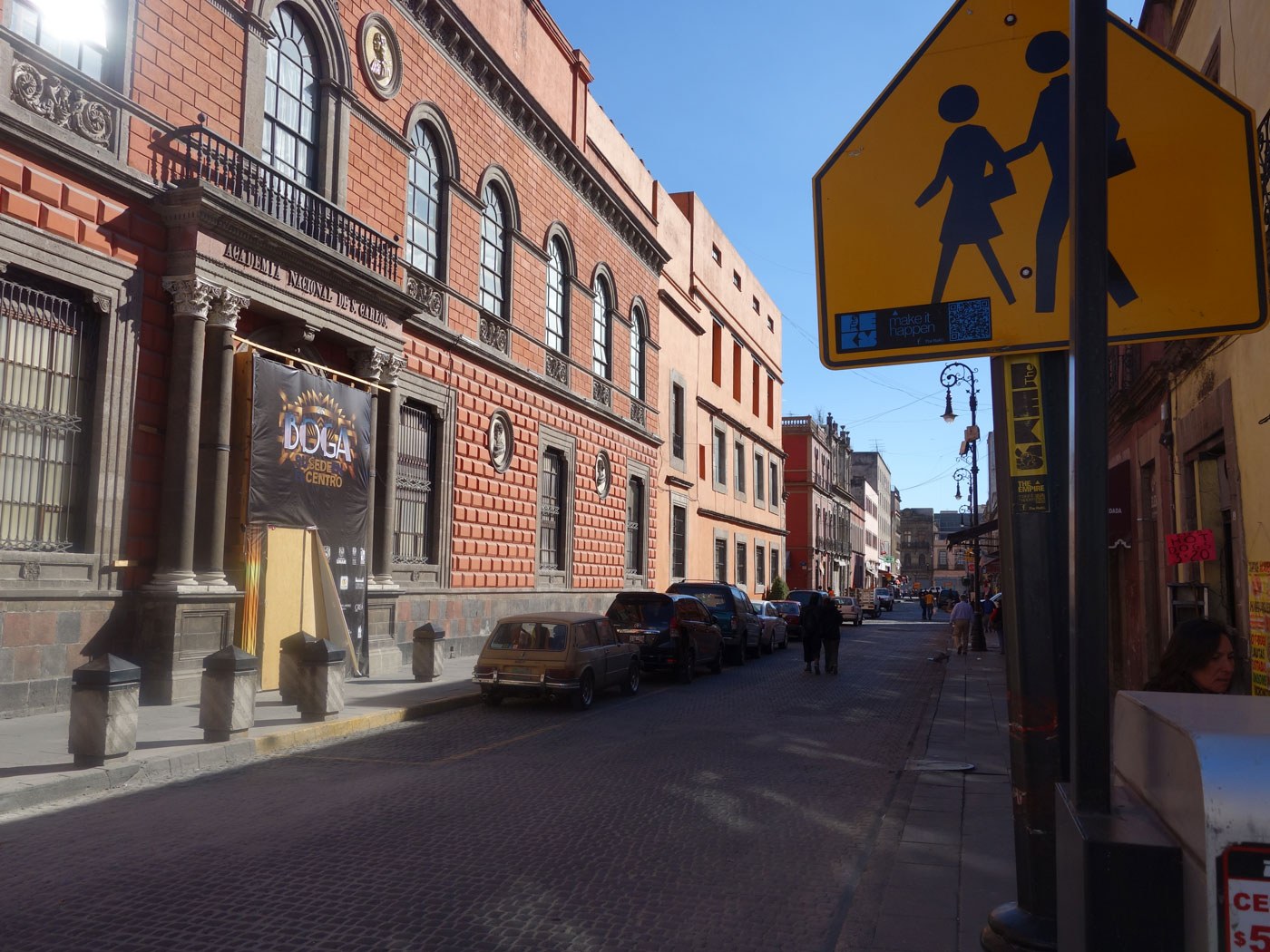 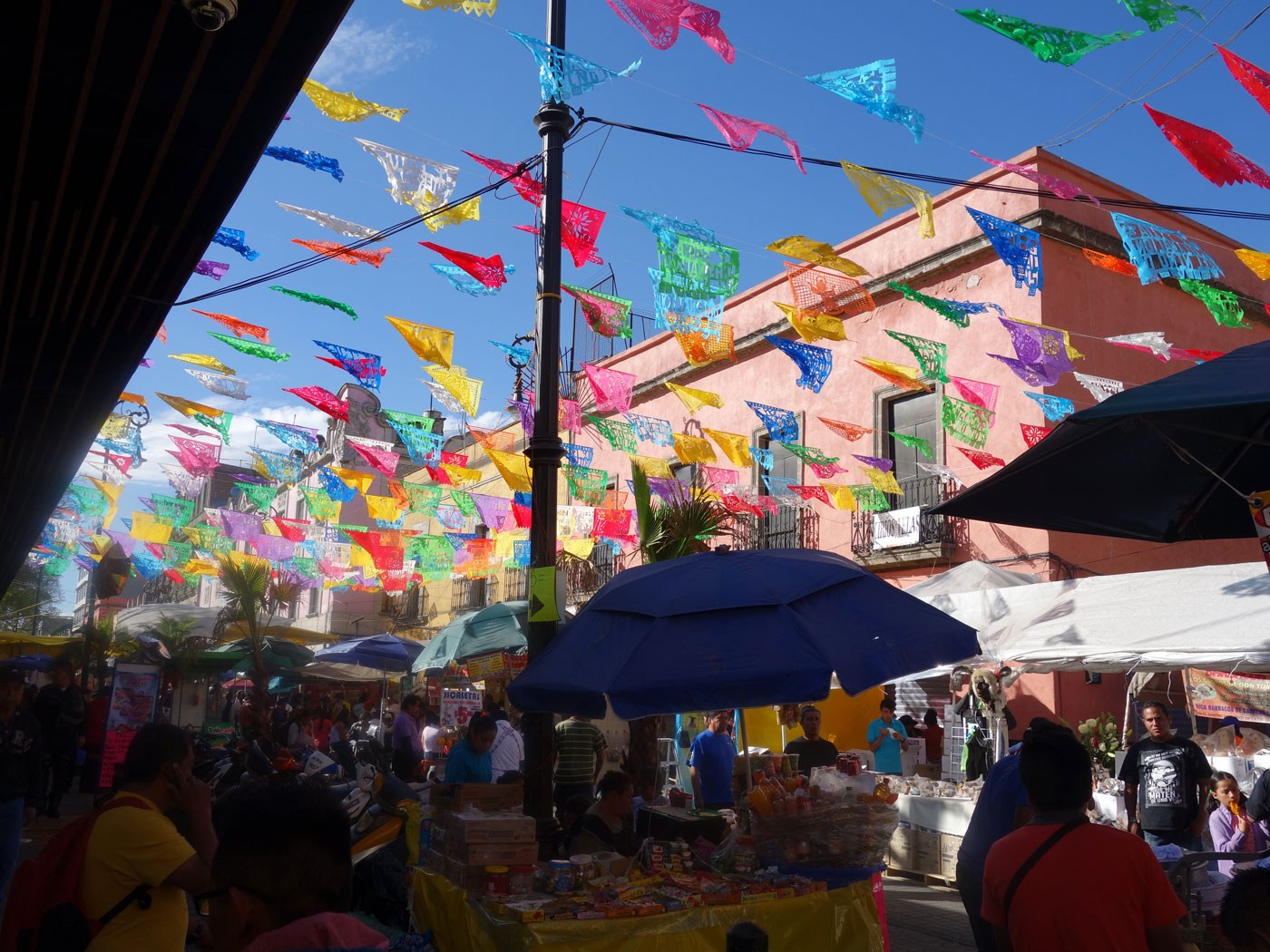 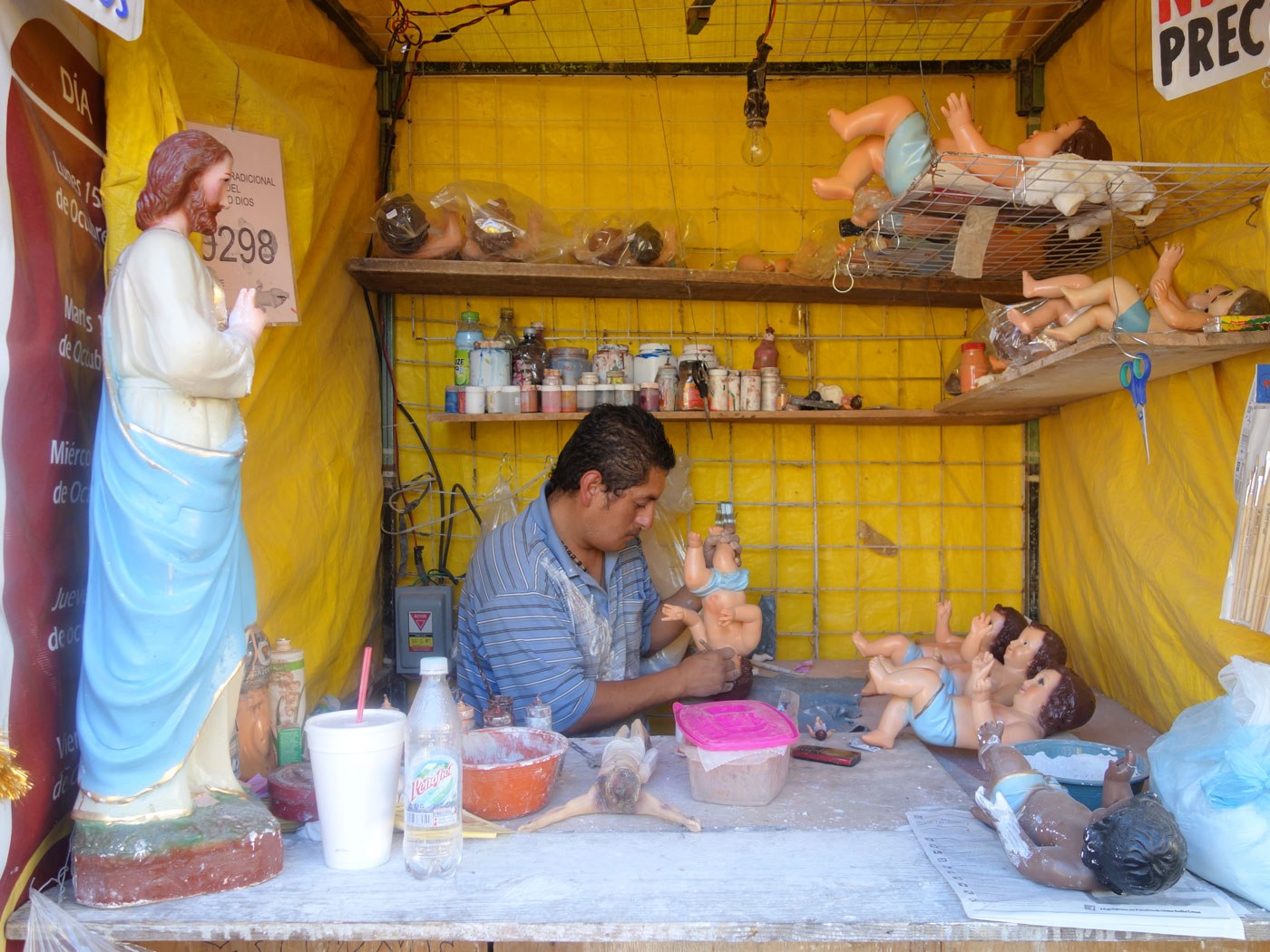 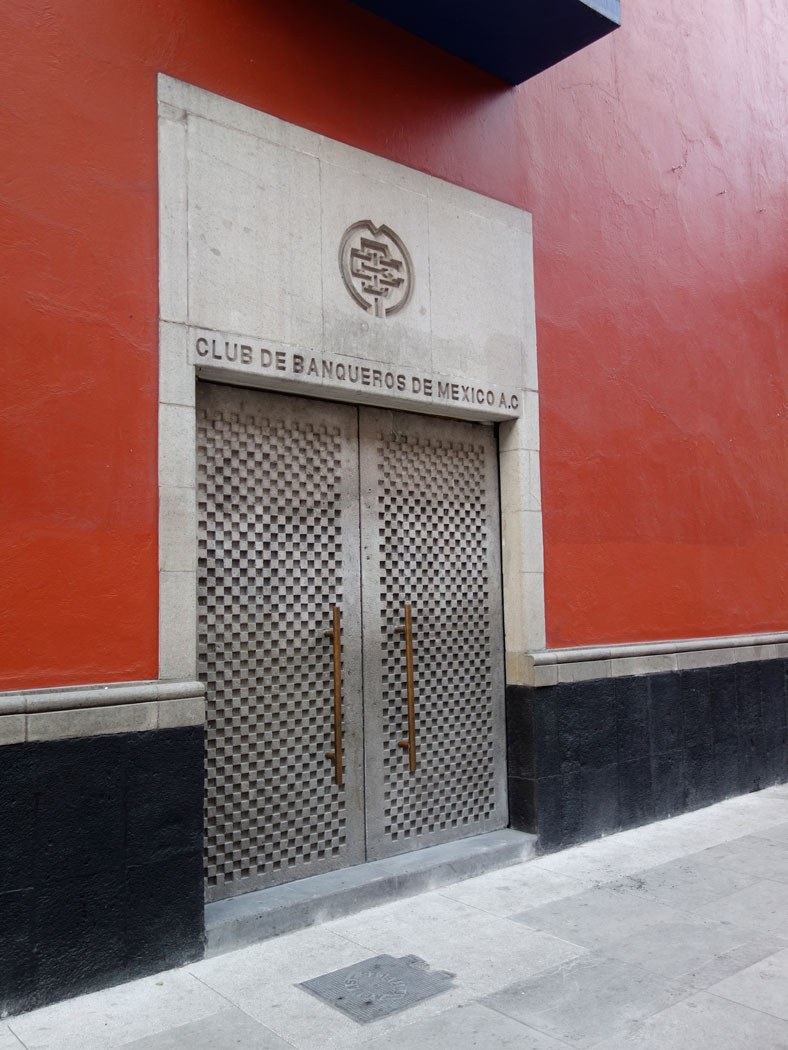 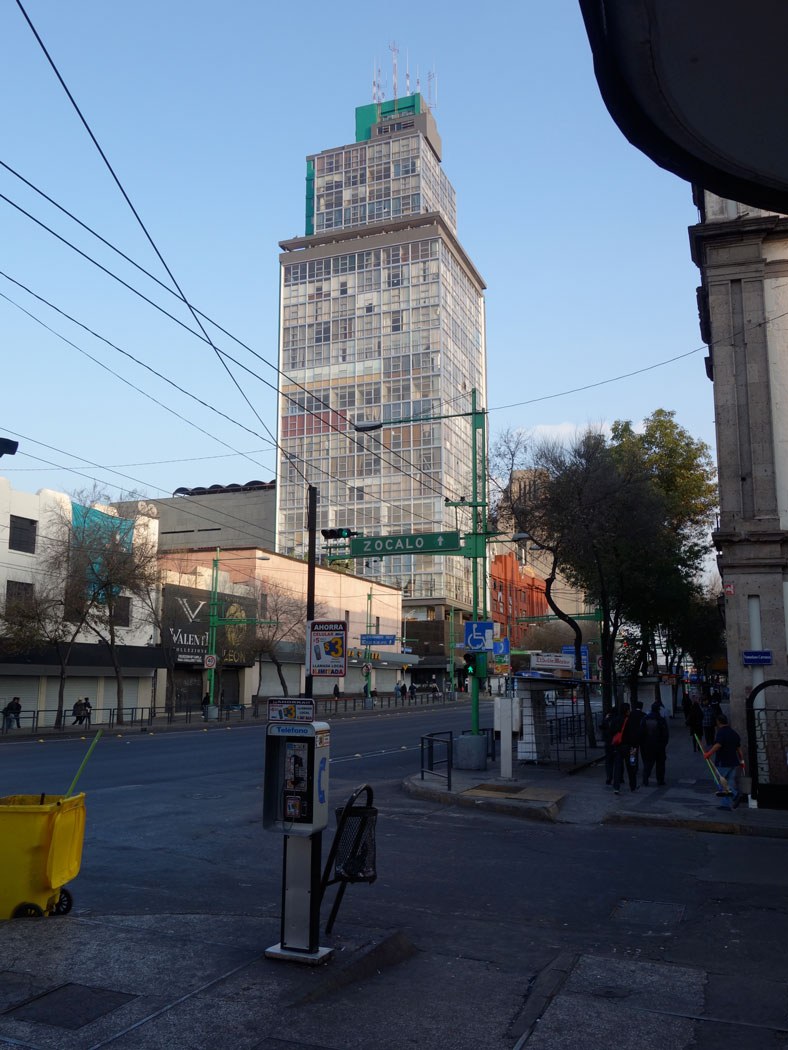 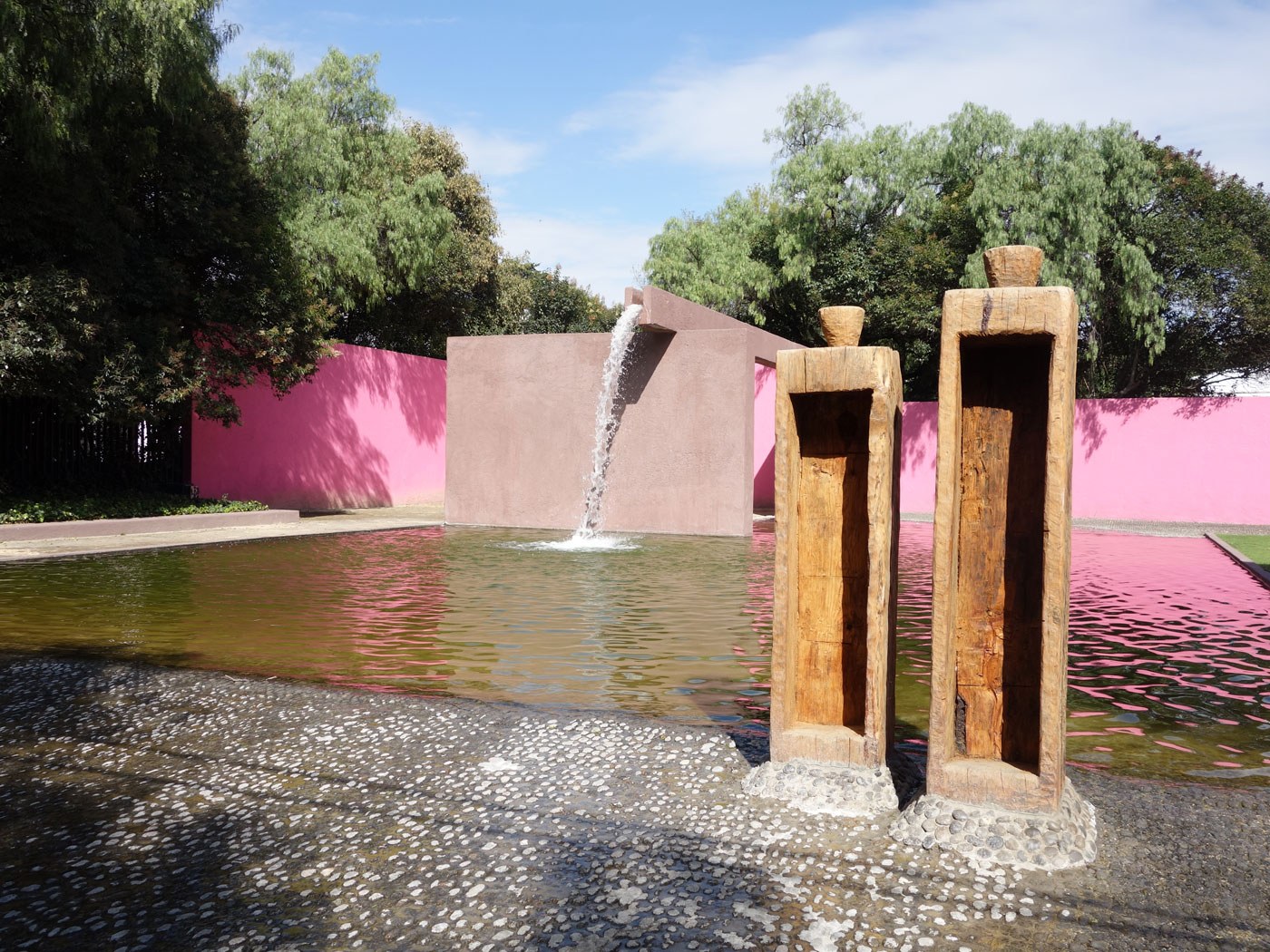 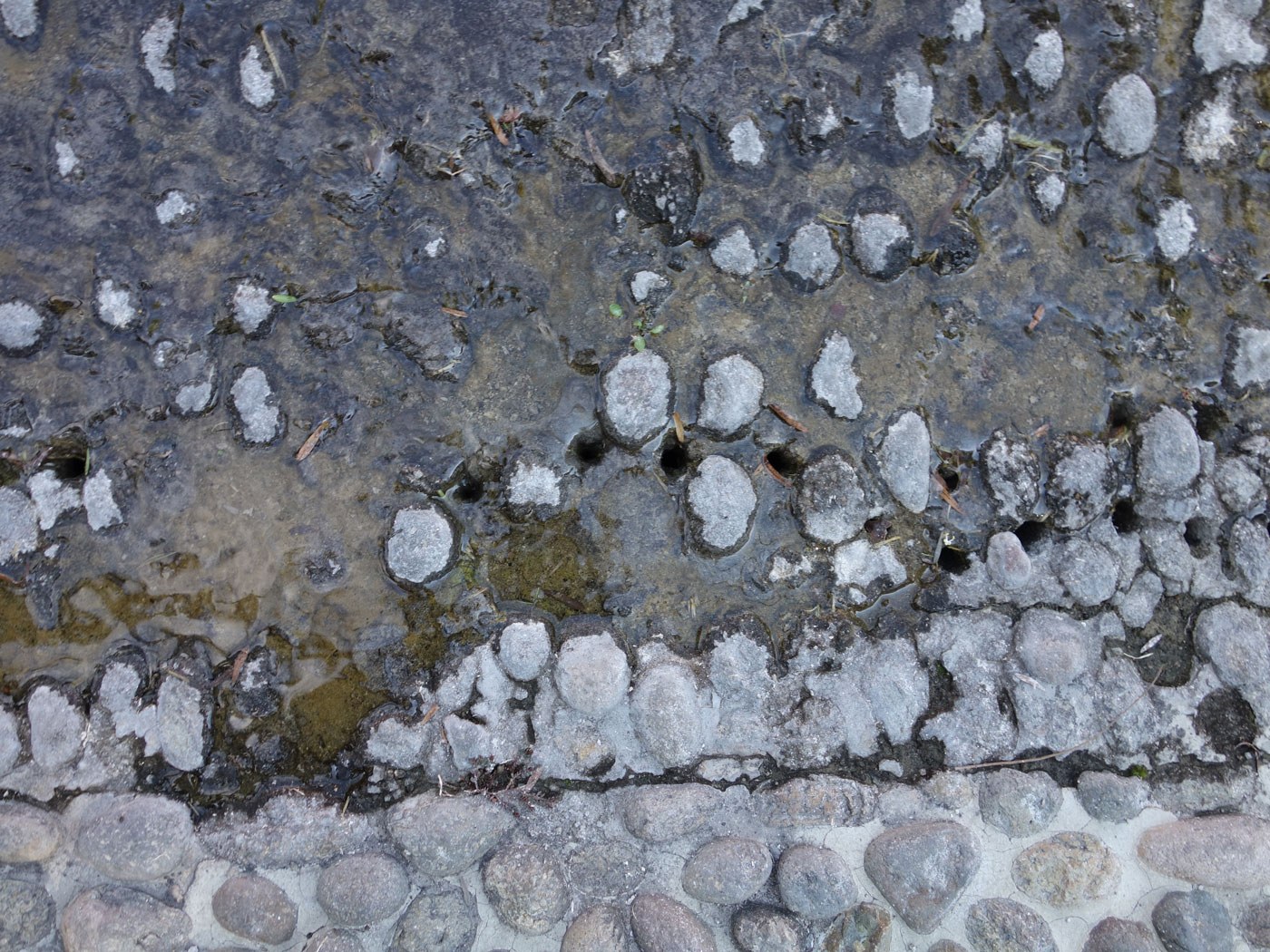 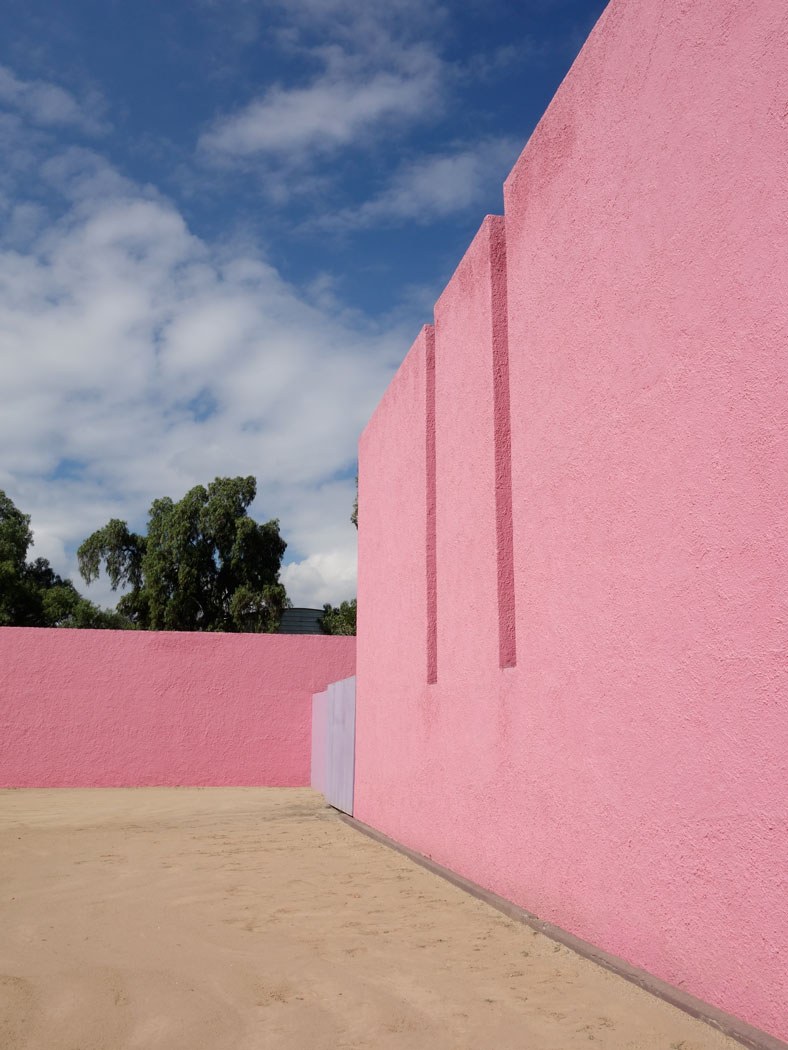 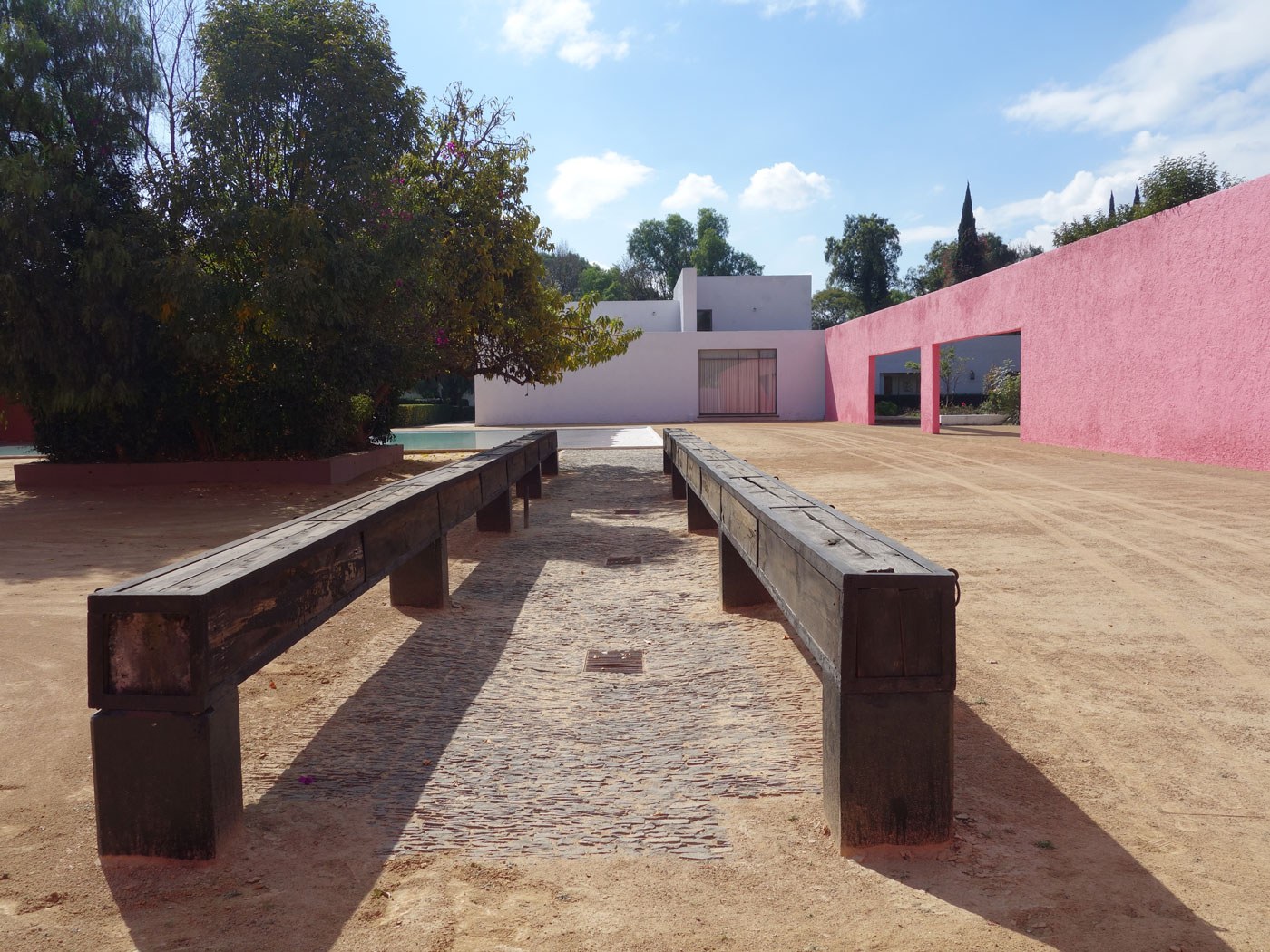 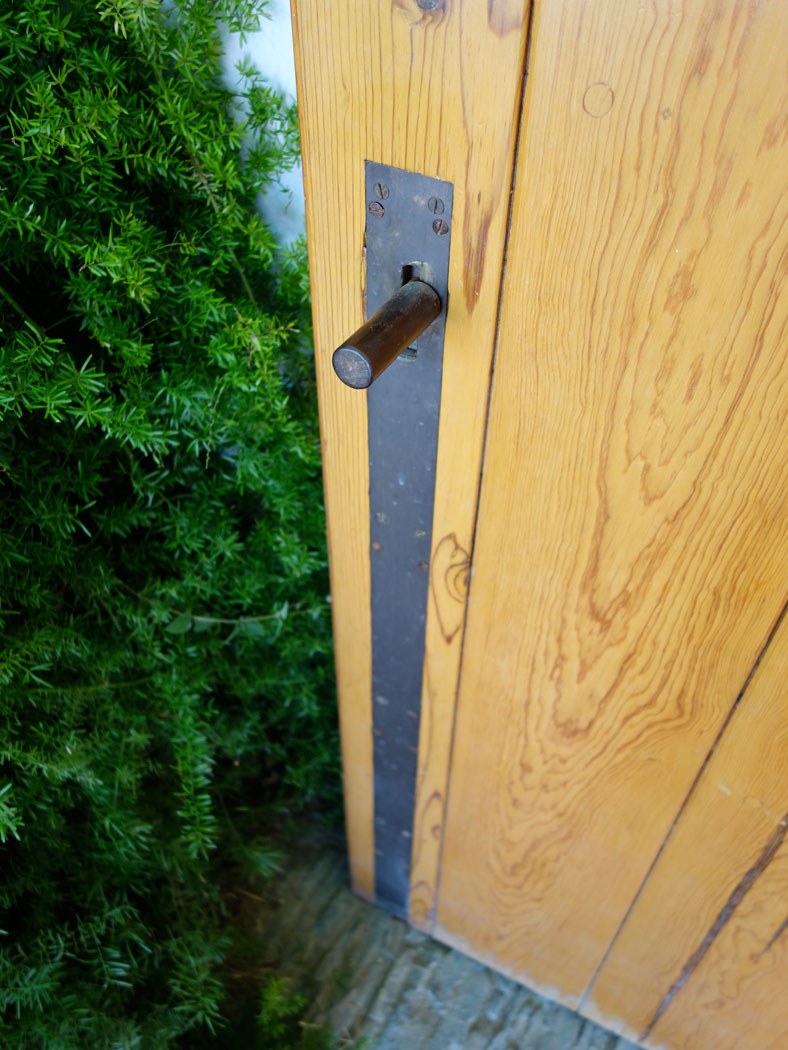 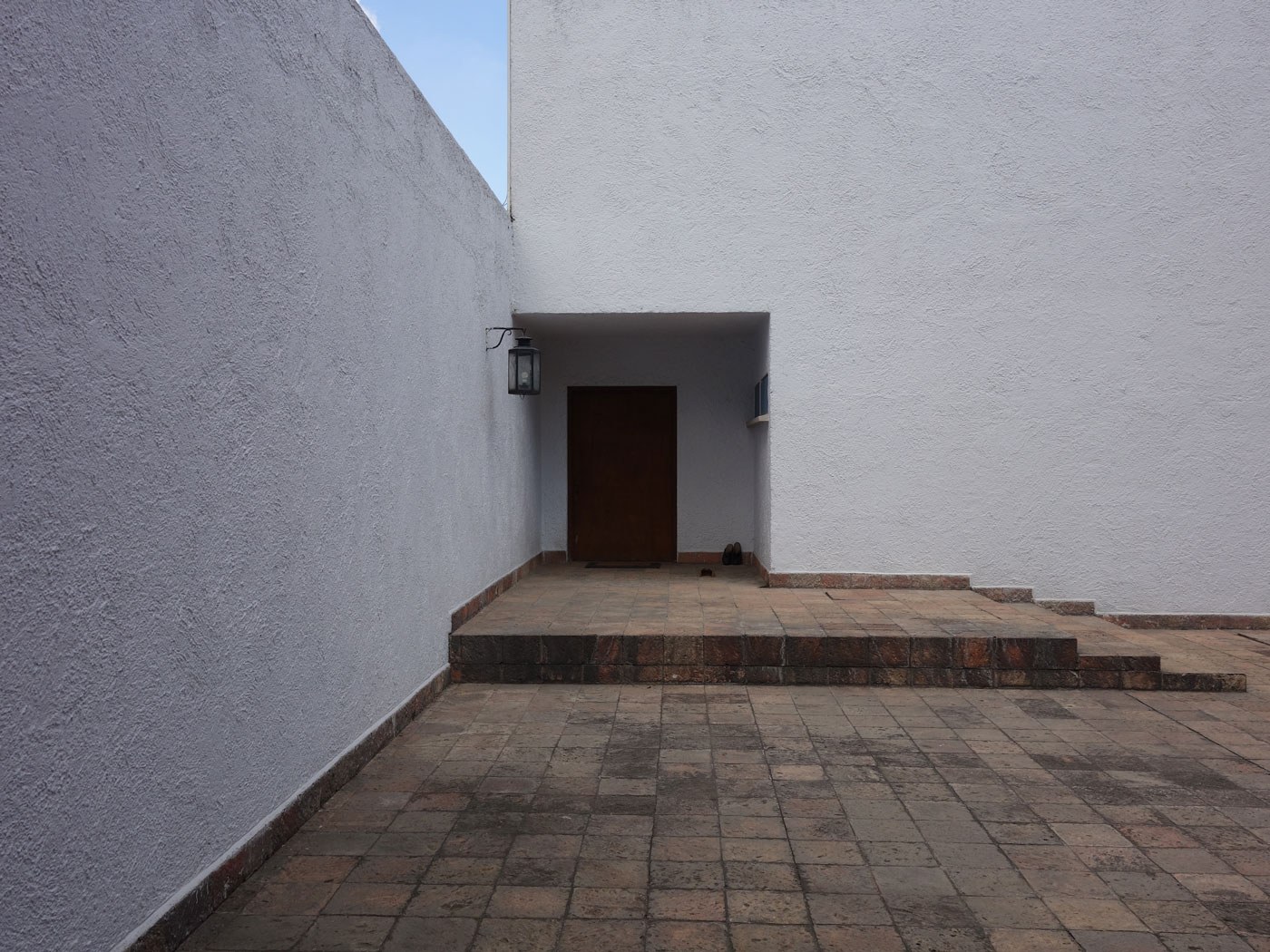 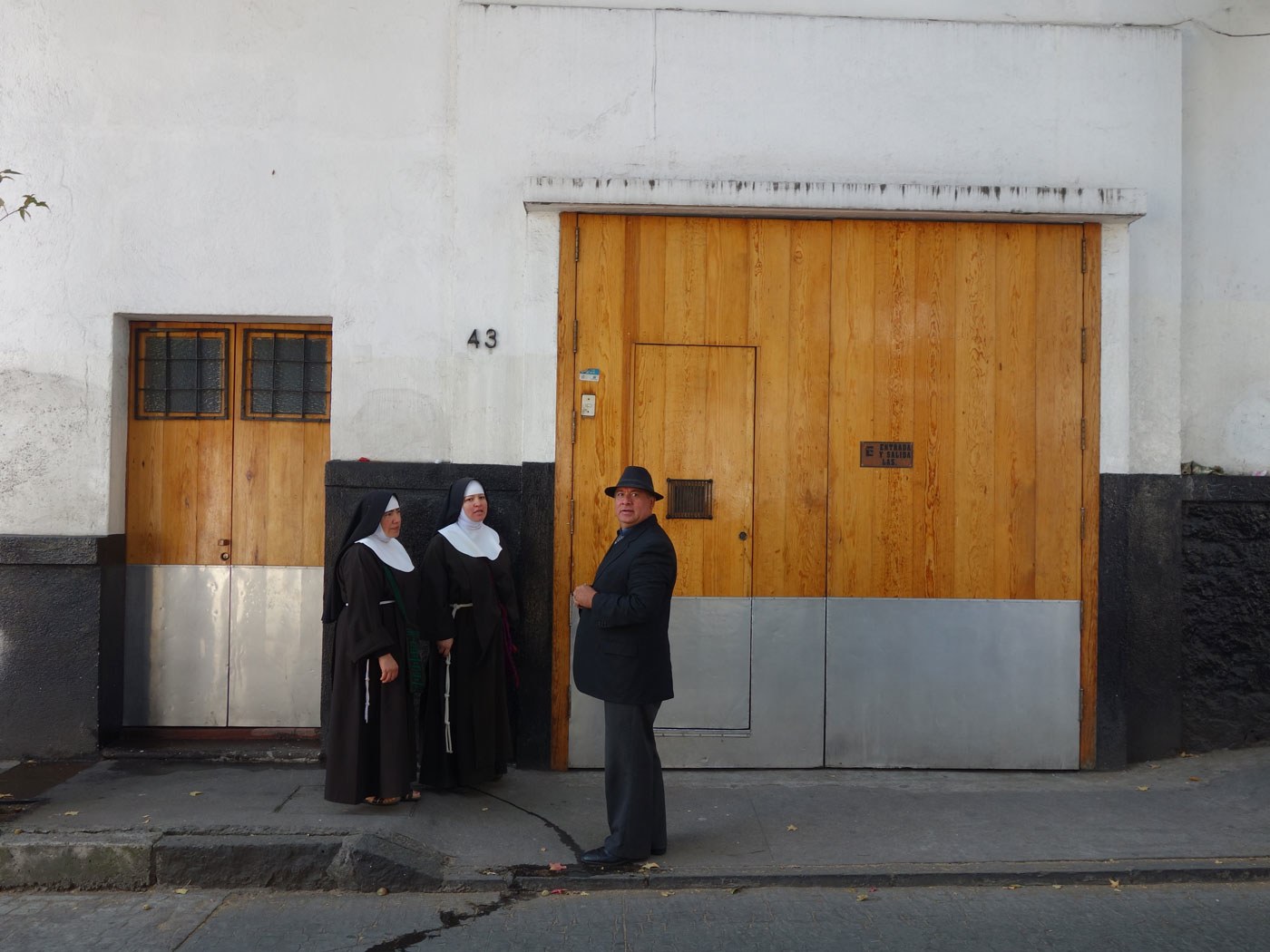 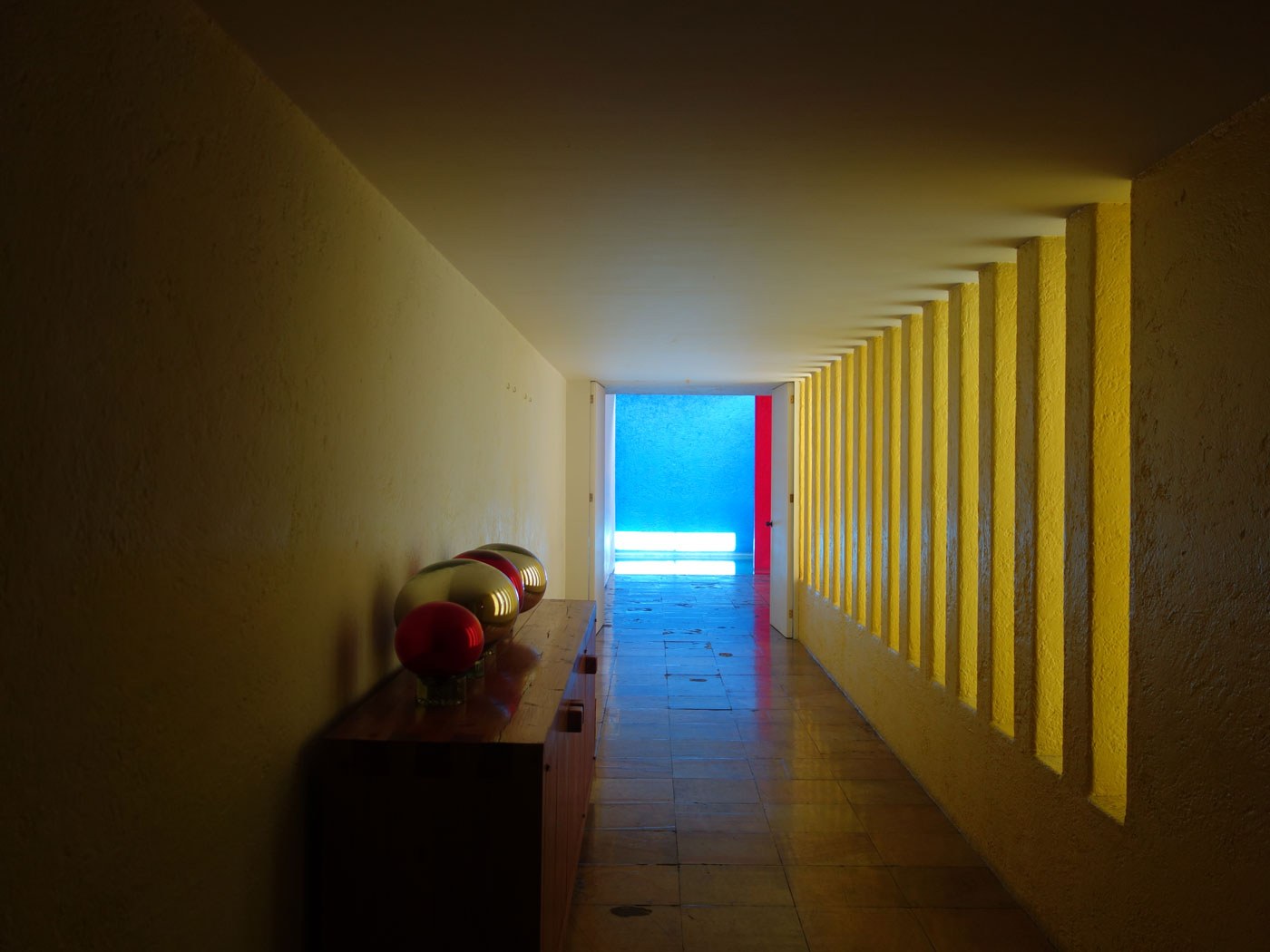 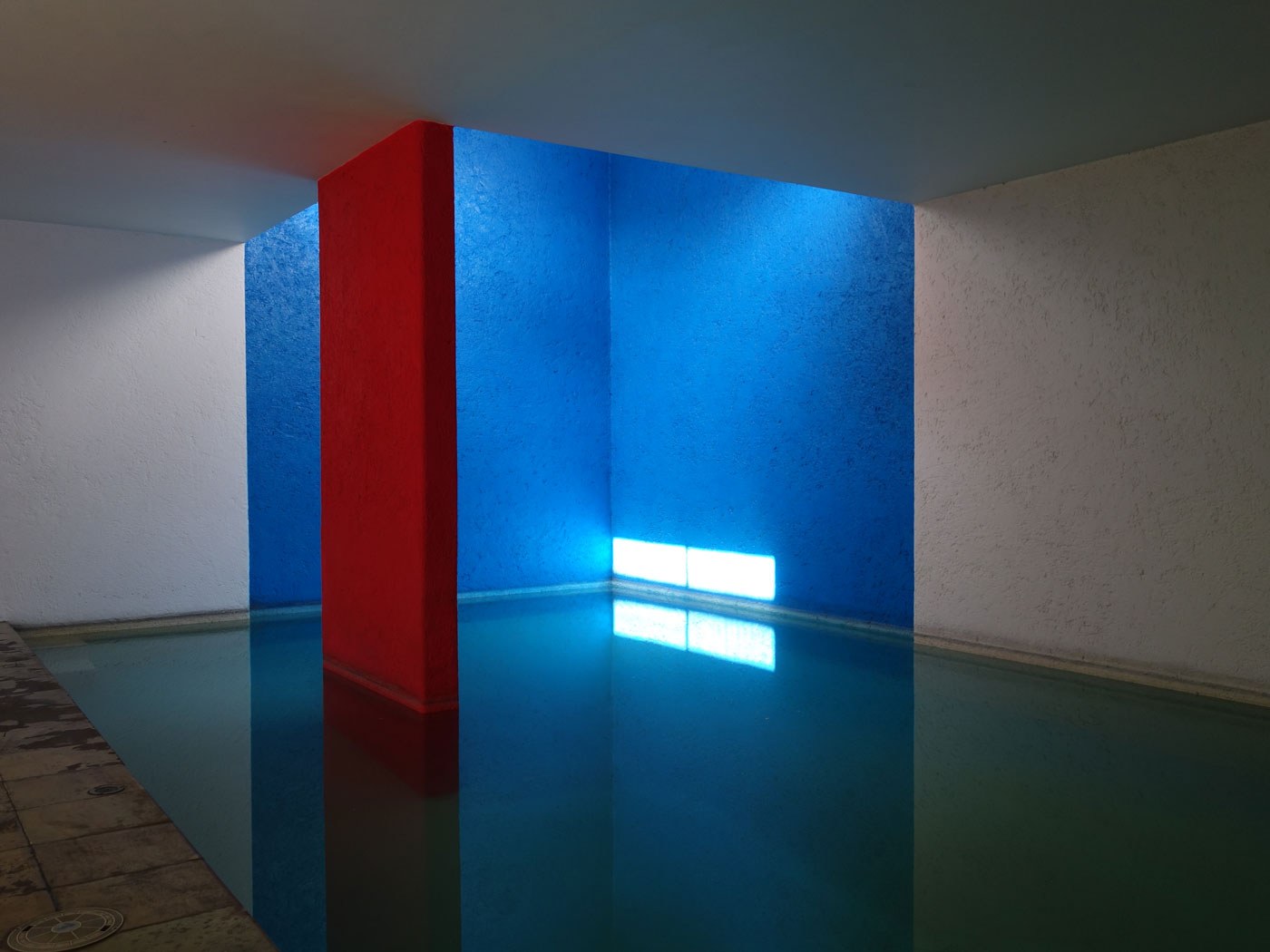 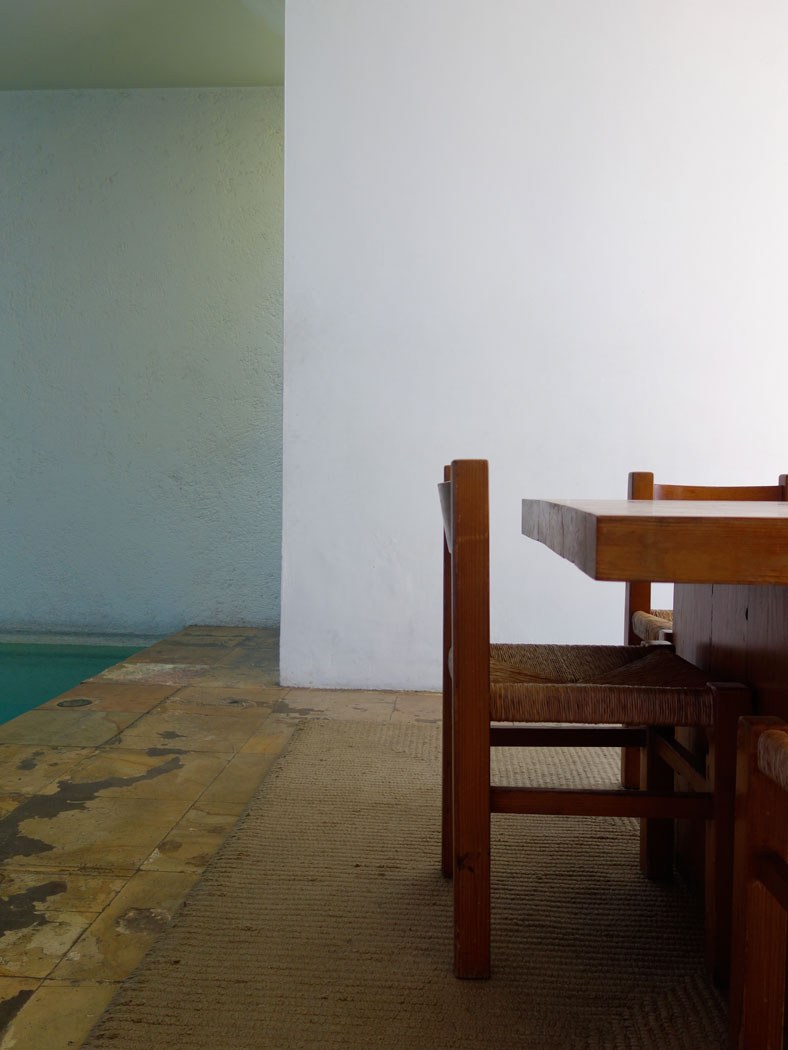 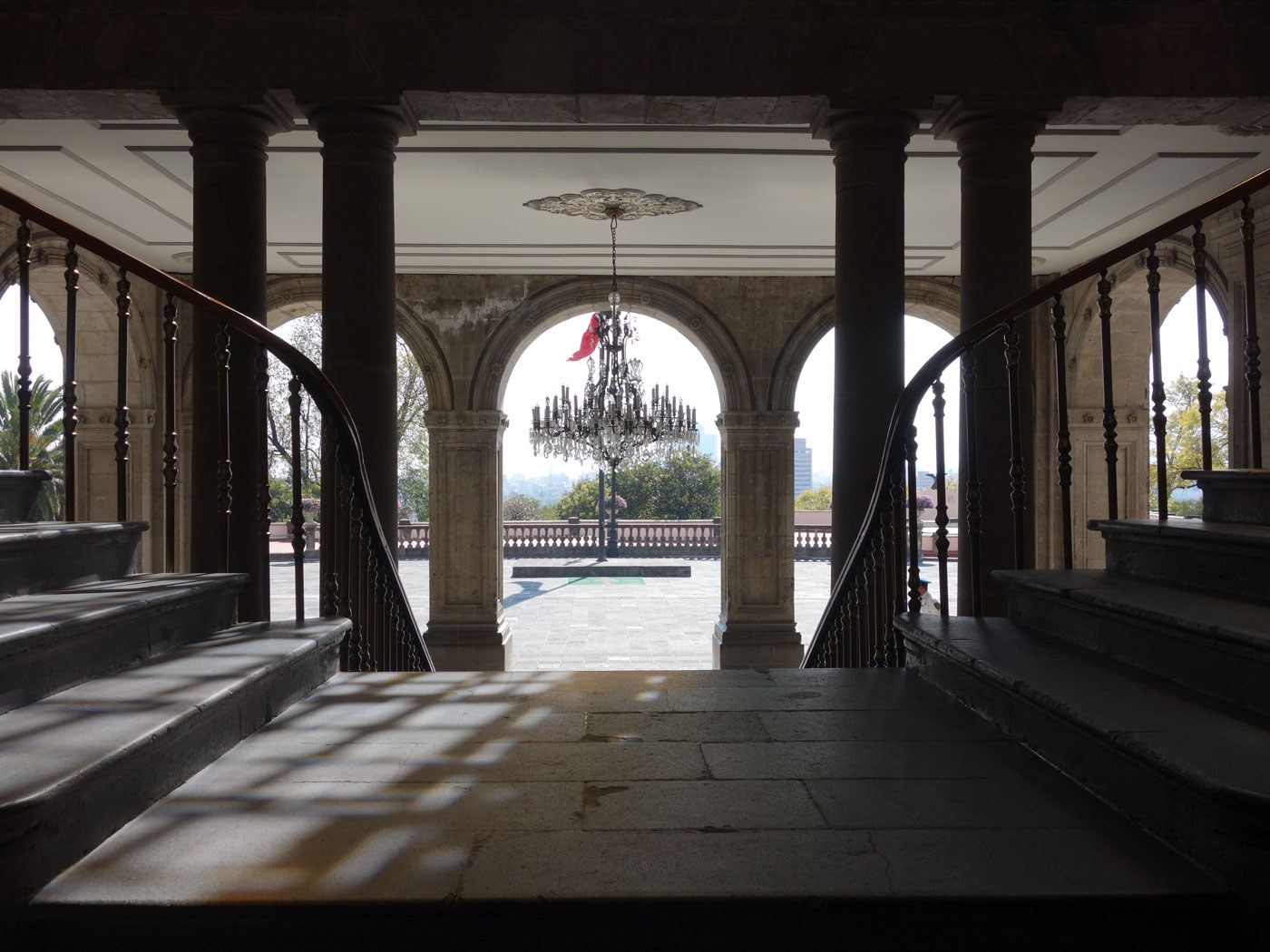 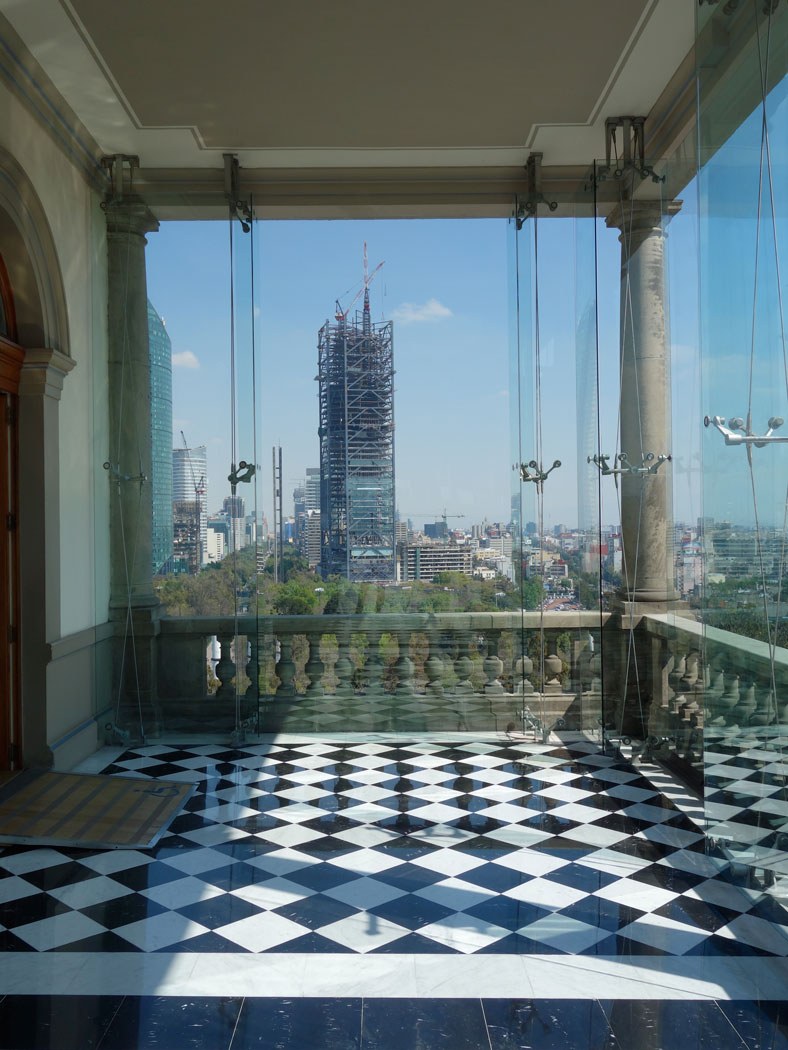 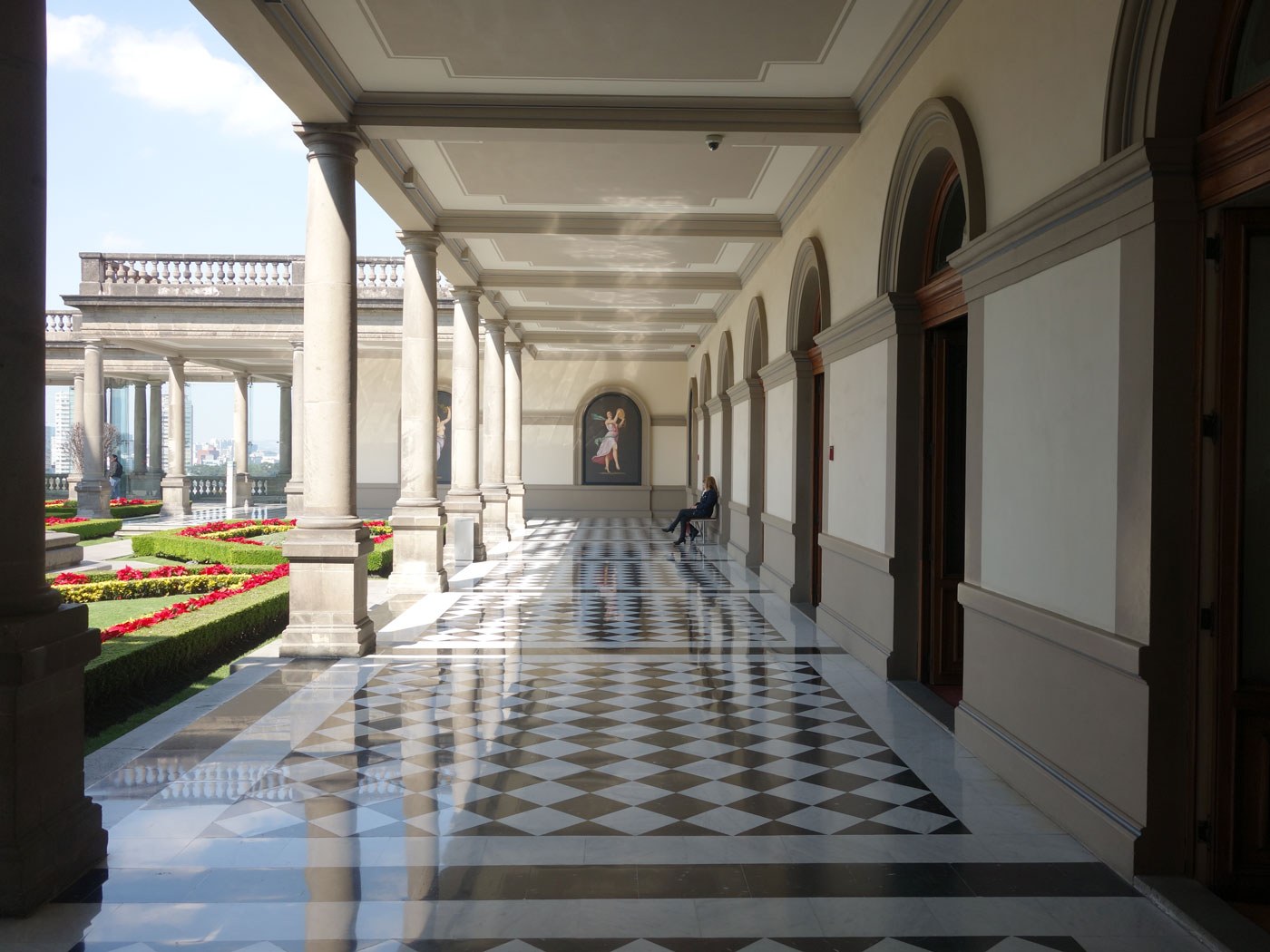 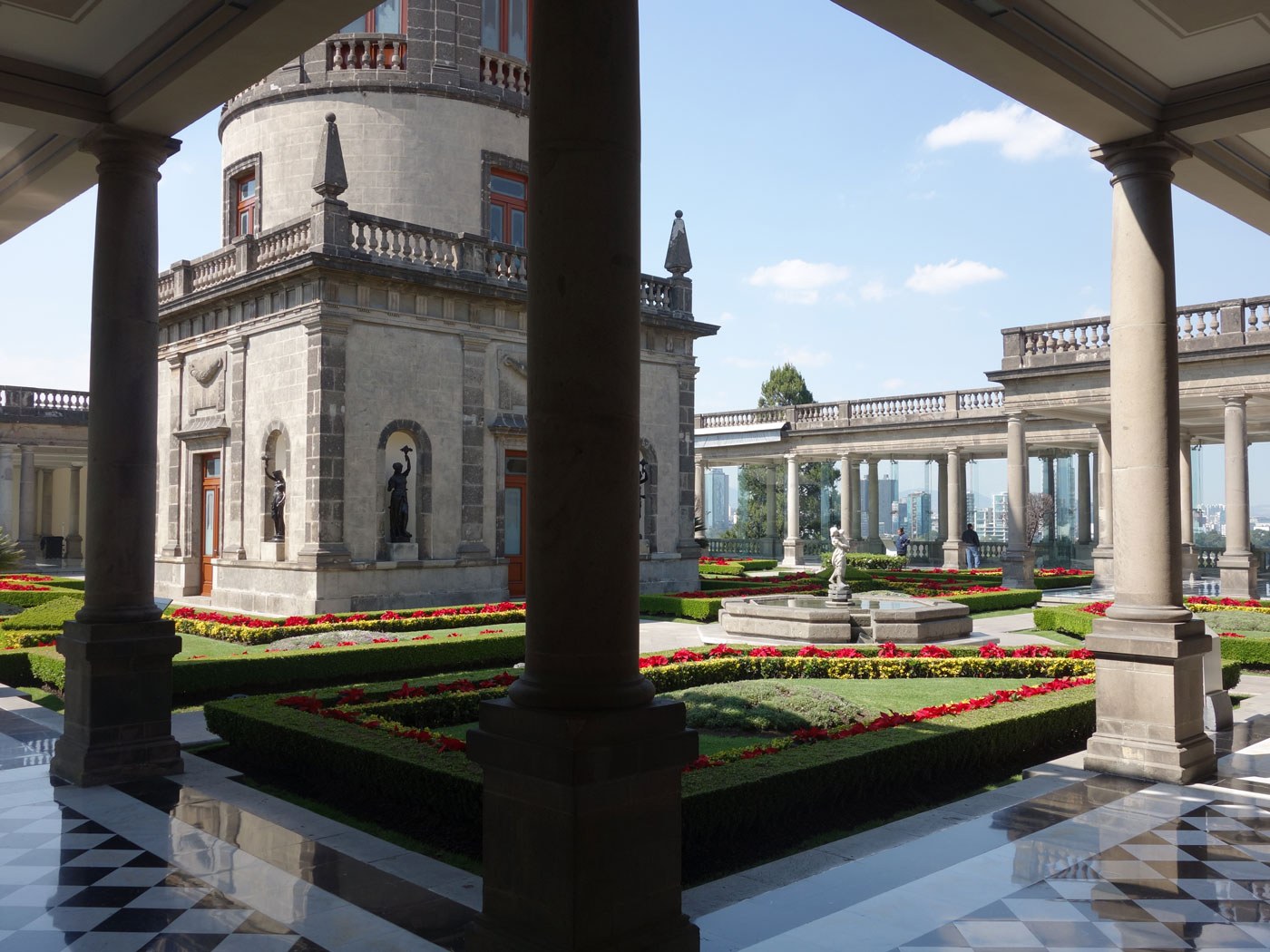 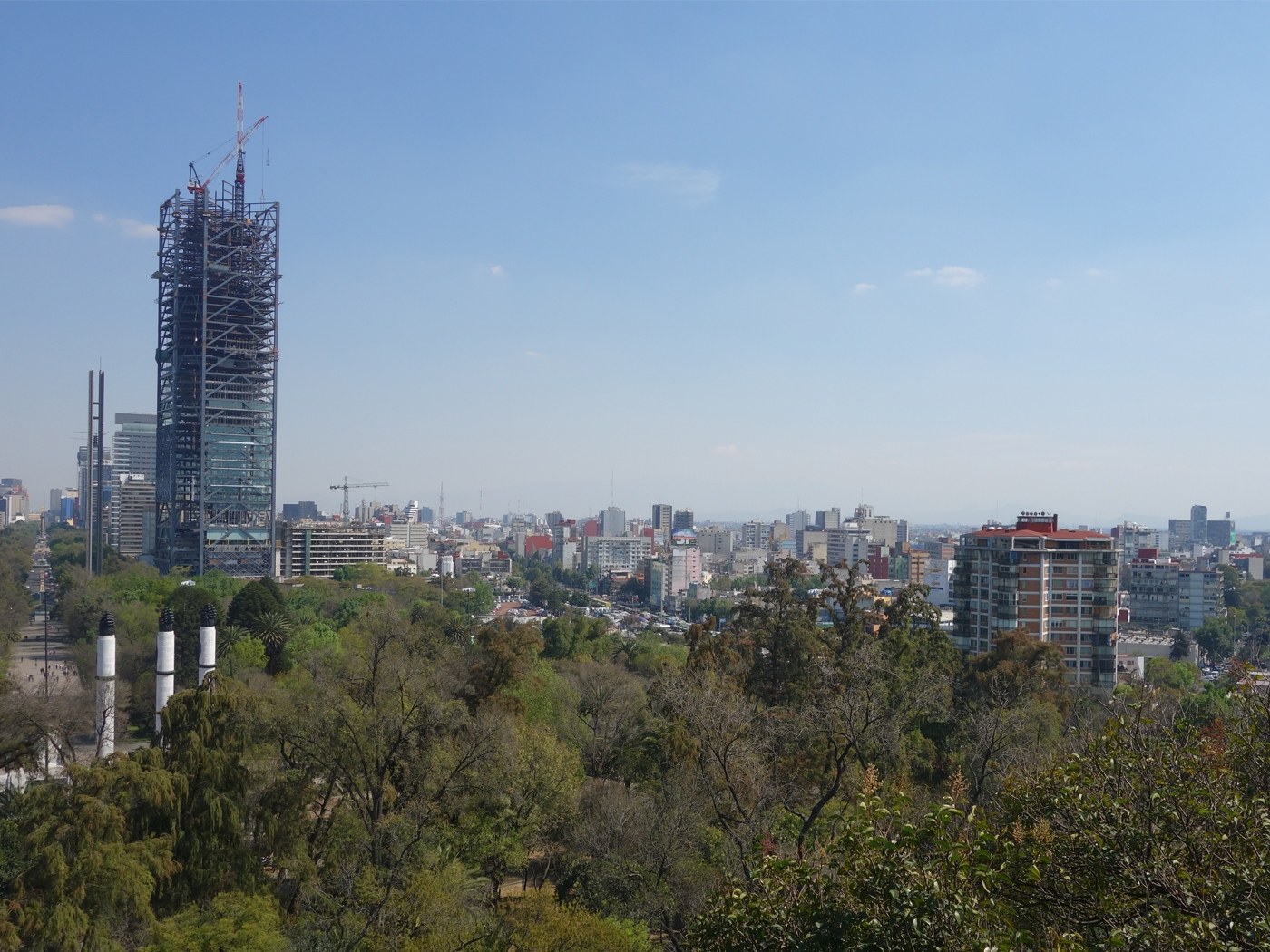 The third largest city in the world with over 21 million inhabitants. Understandably it presents multiple faces – rather as London is a city made up of villages, Mexico City is a city made up of cities. Untrammelled capitalism rules, but it seems to be an errant, more human, capitalism that isn’t run by strictly rational rules of supply and demand.

Some way from the centre in an affluent suburb is Luis Barragan’s San Cristobal stables (1968), beautifully maintained by the beautiful Swedish owner, the daughter-in-law of Barragan’s original client. A place which quietly astonishes by the perfection of its proportions against the syncopated charge of Barragan’s coloured walls – all doubled in beauty by being reflected in the cooling water of the central pool.

The proud nuns of the Capuchinas Convent (Barragan again, 1953-60) showed us around at just the right time of day for sunlight to be pouring through the yellow glass onto the red walls, causing the chapel interior to dissolve into dense orange light. Photographs were quite rightly not allowed.

And then the proud son of the Gilardi house (1976) showed us around the house his father and a friend had persuaded Barragan out of retirement to build. The pool was stunning, but this was a house curiously without a heart – struck out perhaps by the red spear of the wall cutting through the pool.

And lastly to the Royal Palace, Chapultepec Castle, set atop a promontory in the middle of the city, with rooms opening inwards onto a raised garden and looking outwards from on high over the whole huge city – the first royal palace I have ever felt would be a nice place to live, but one which would test any inhabitant not to feel superior.