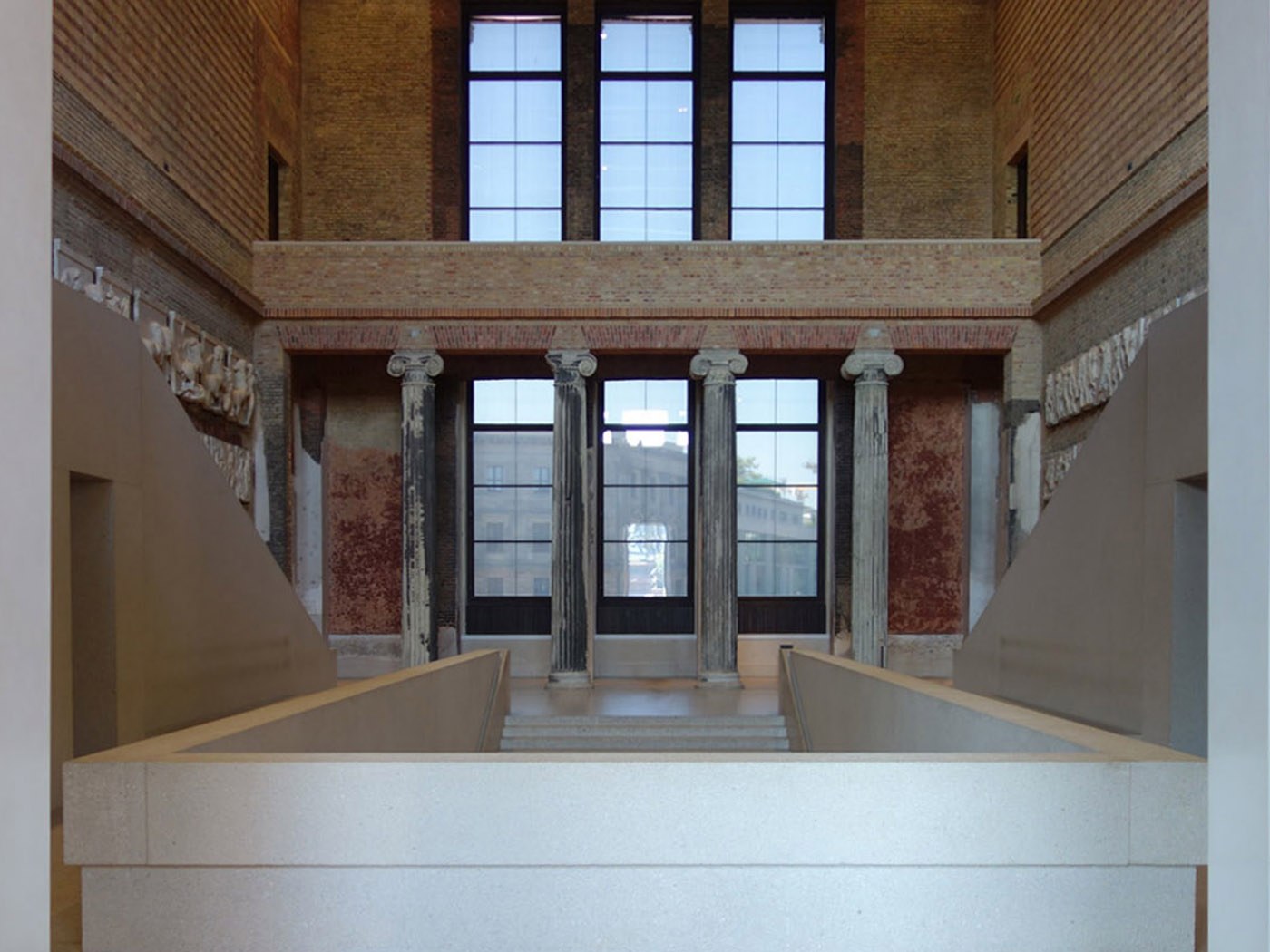 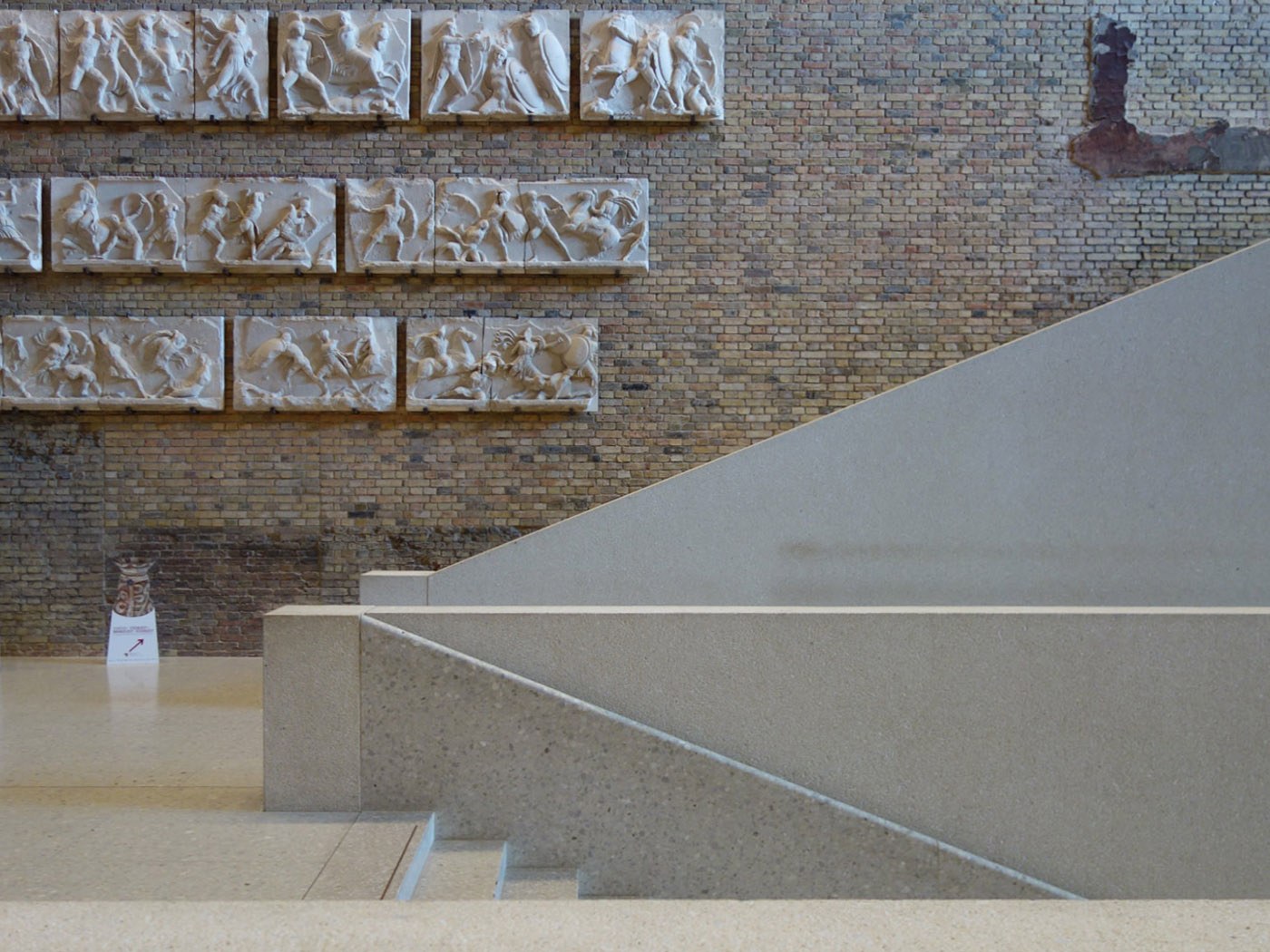 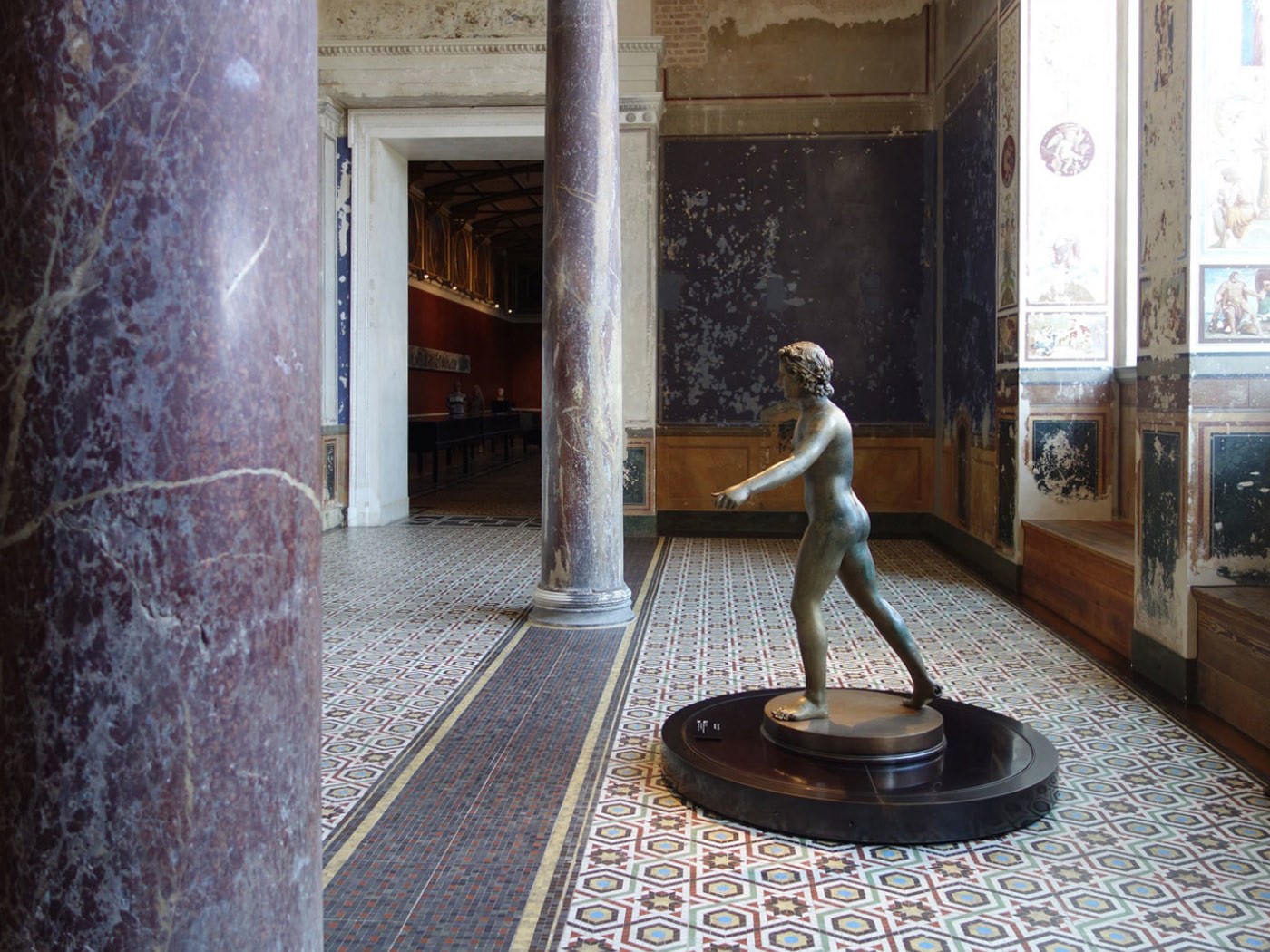 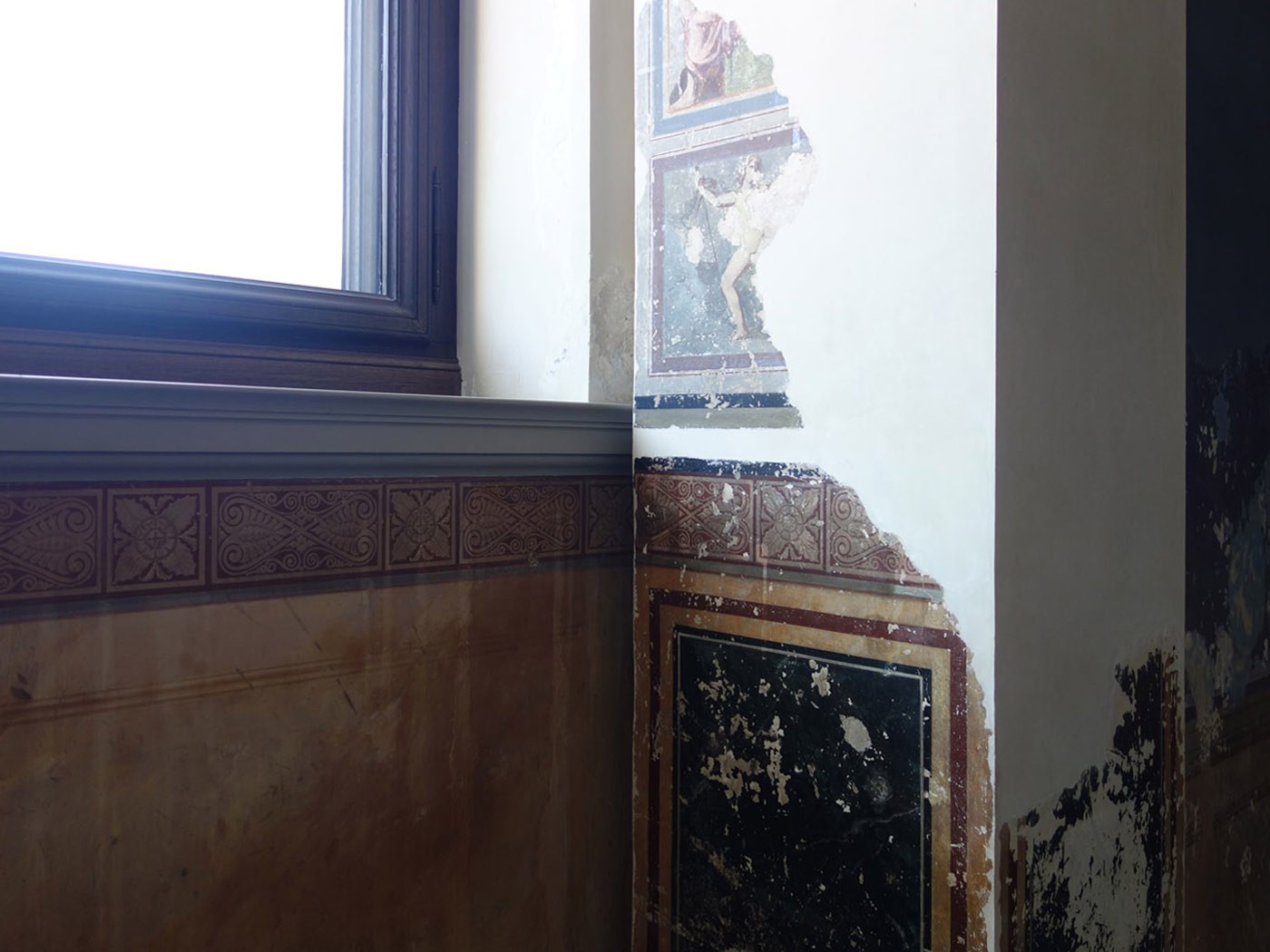 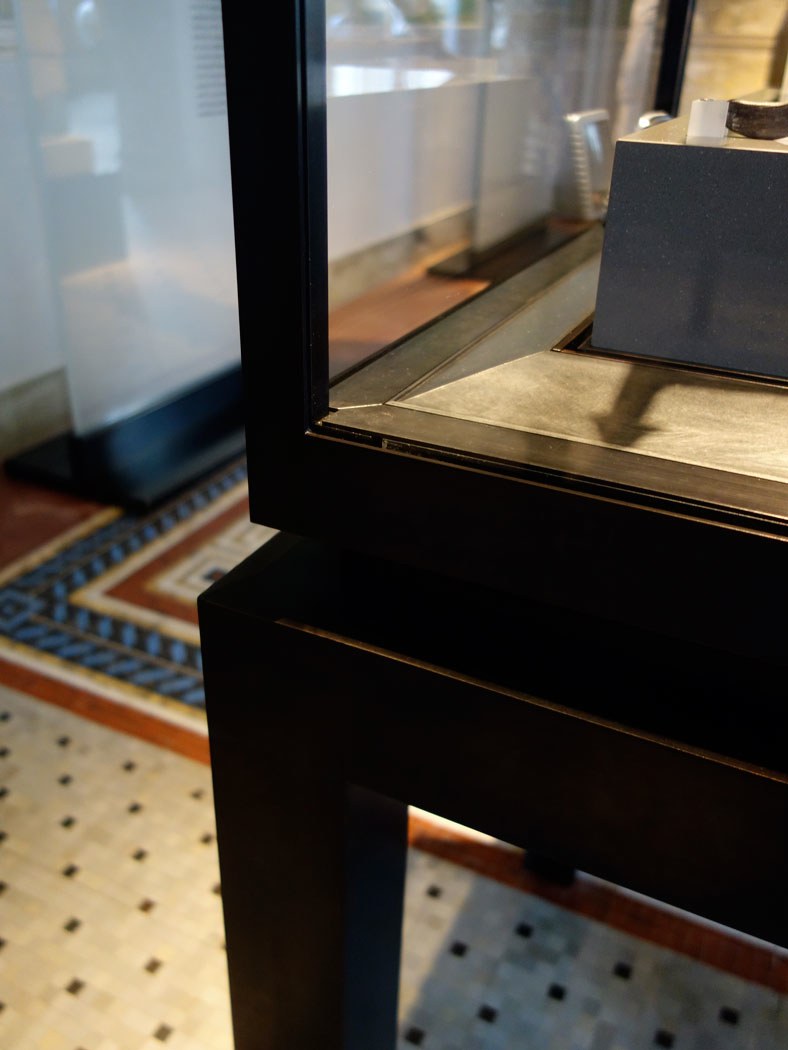 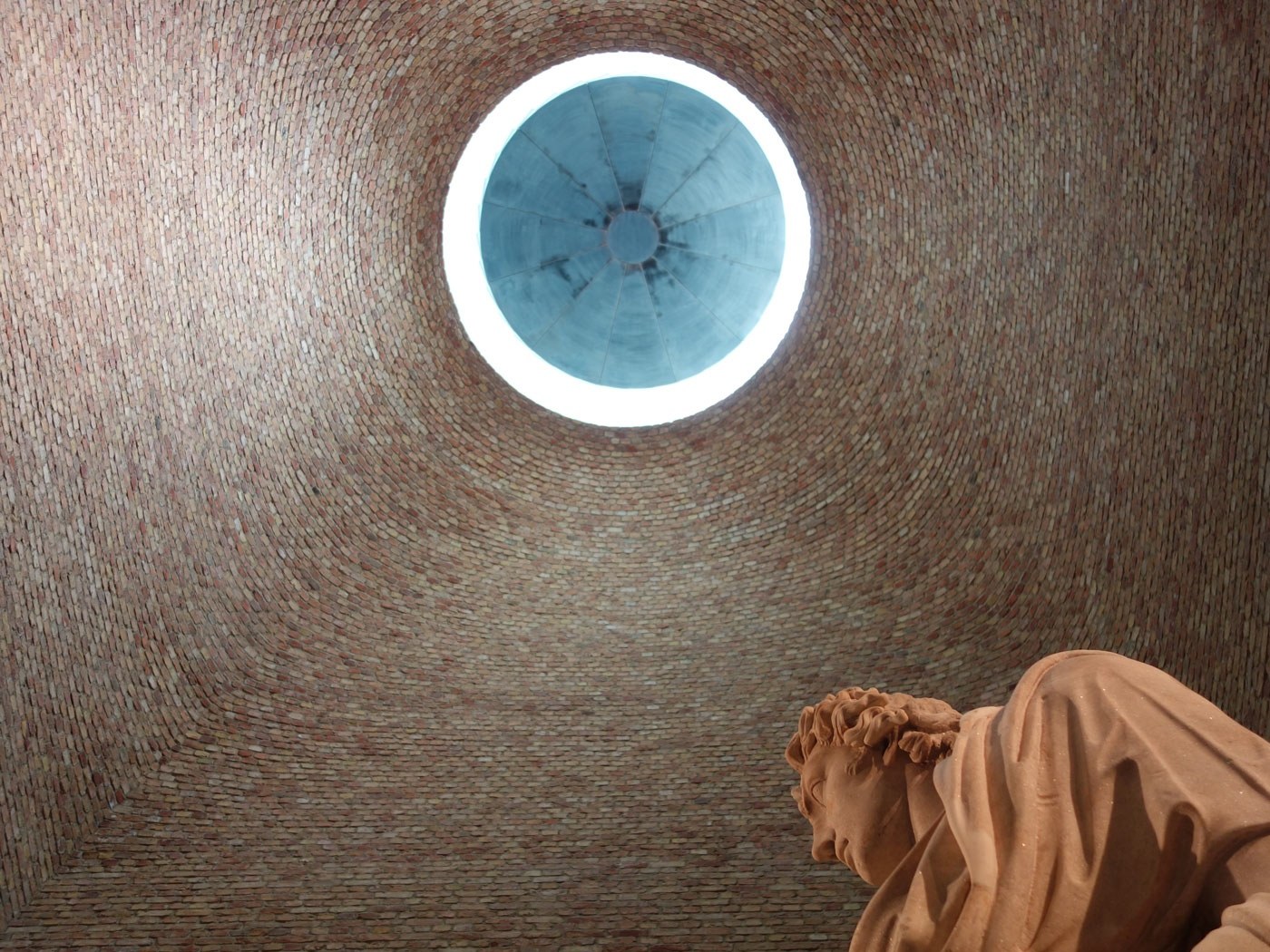 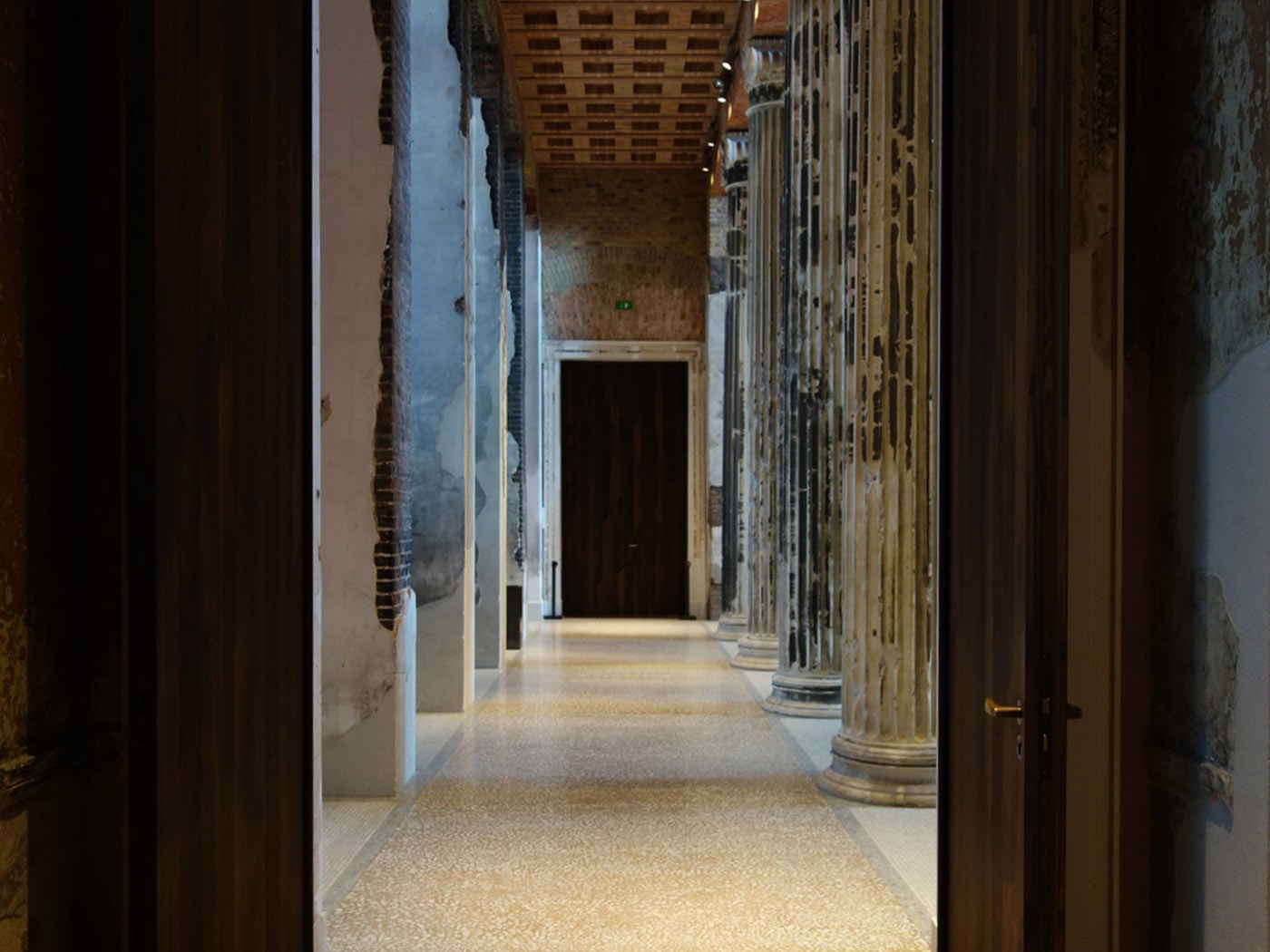 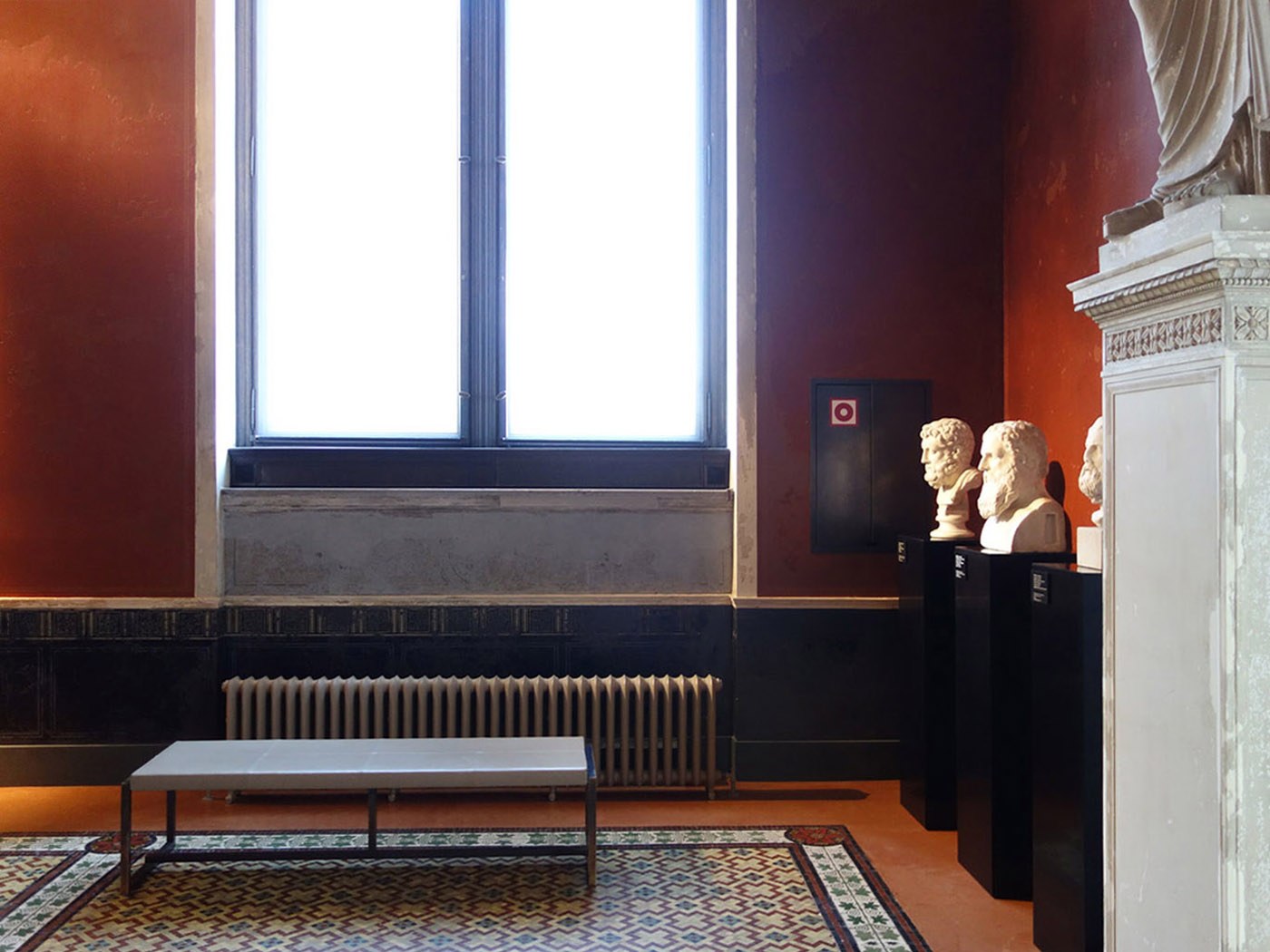 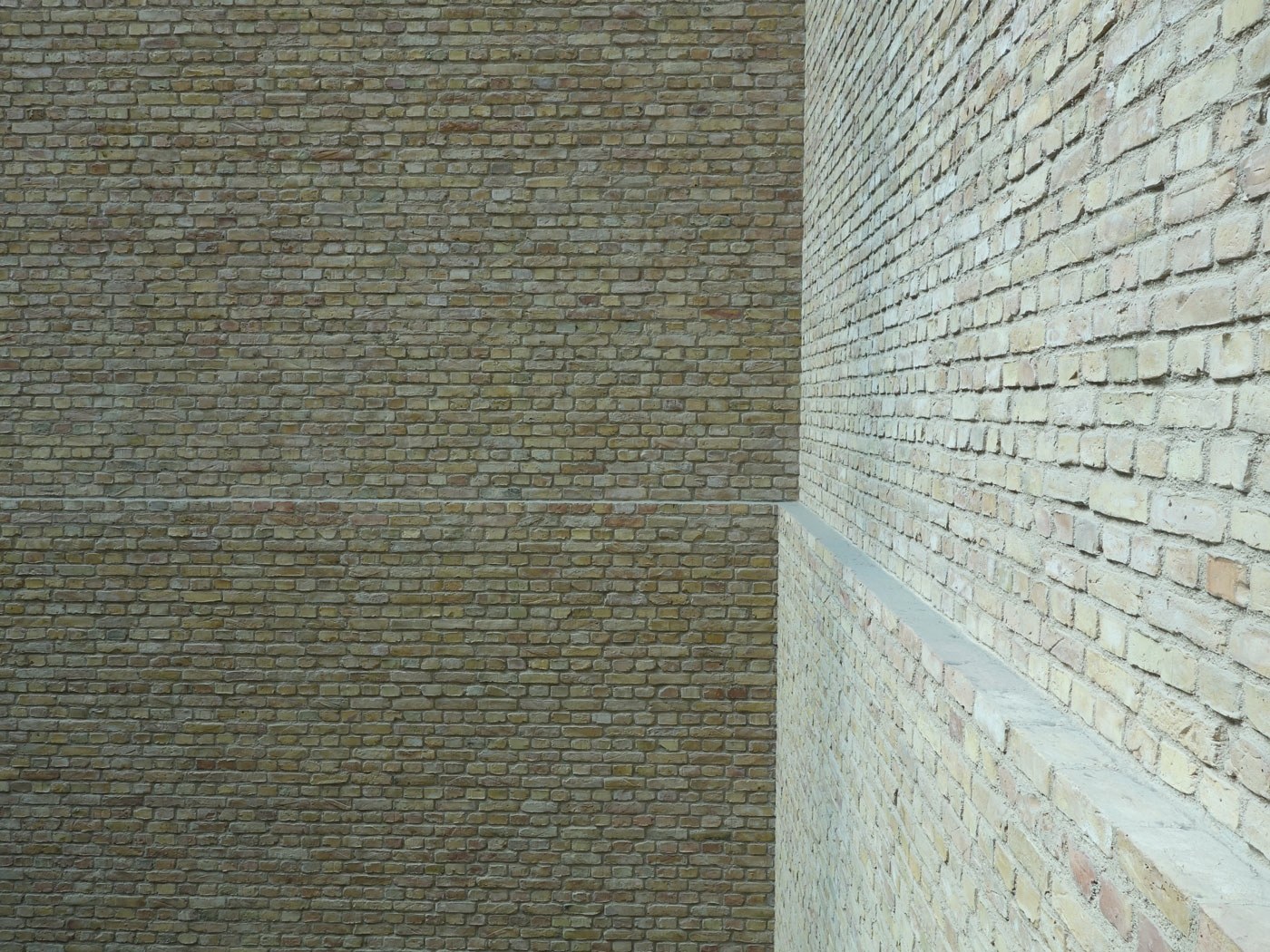 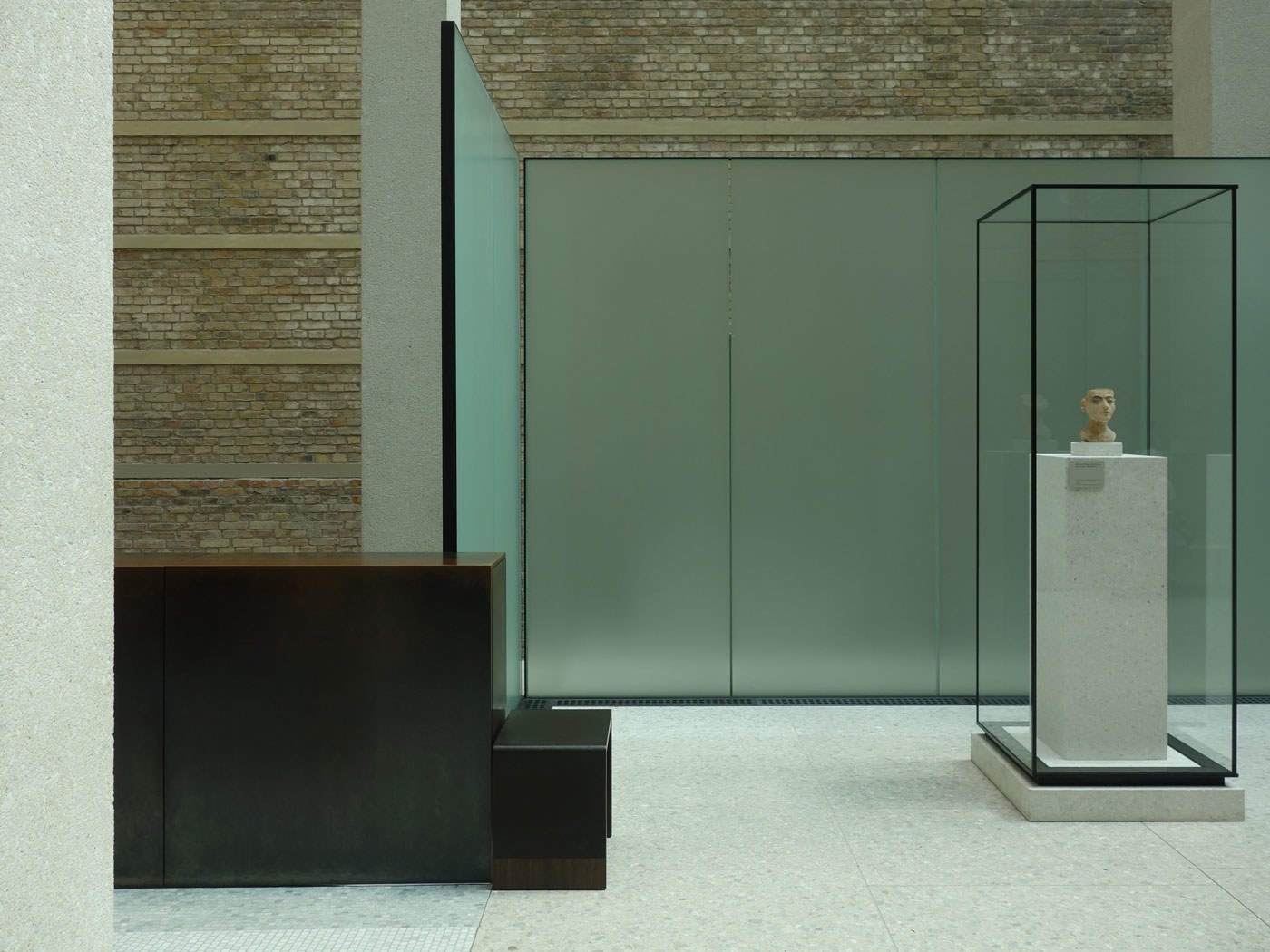 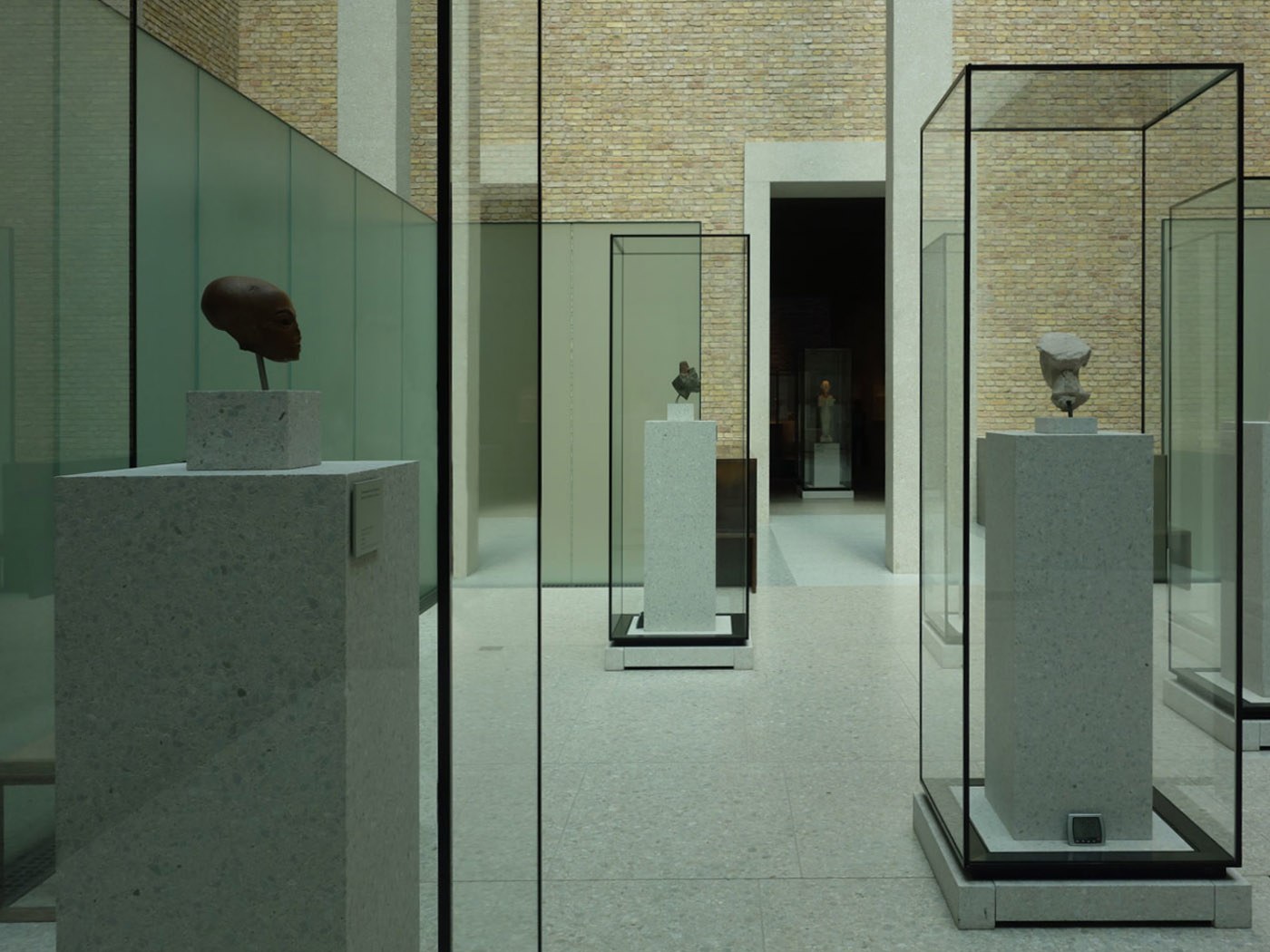 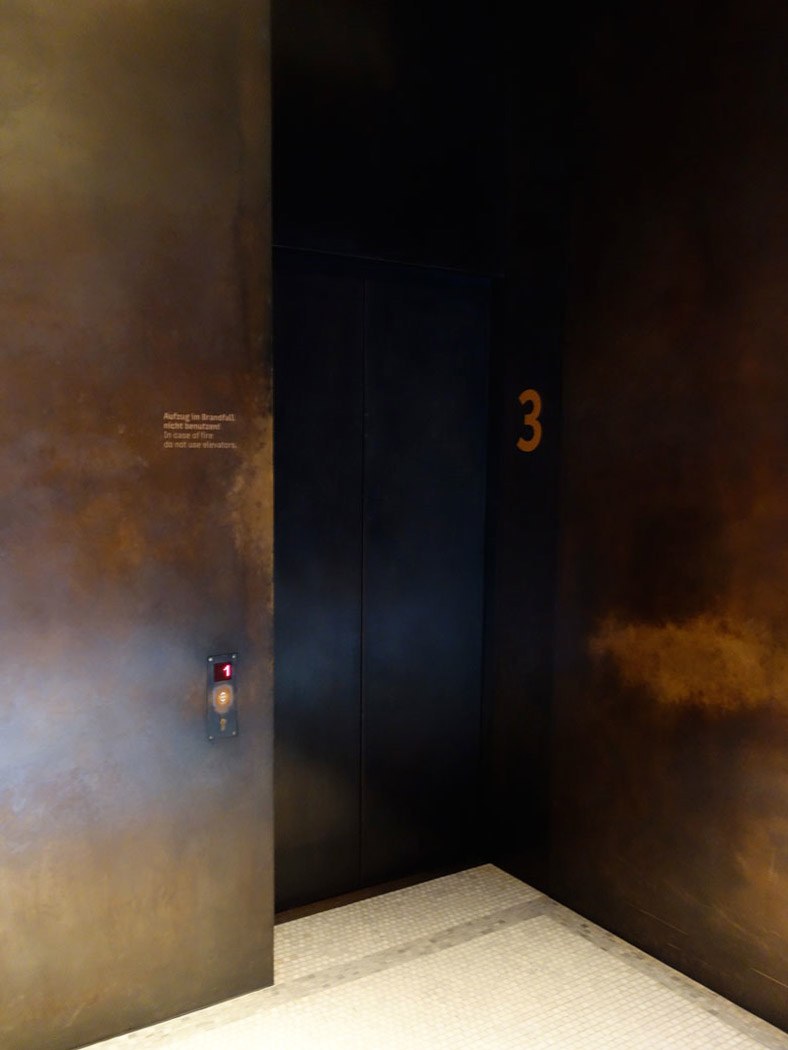 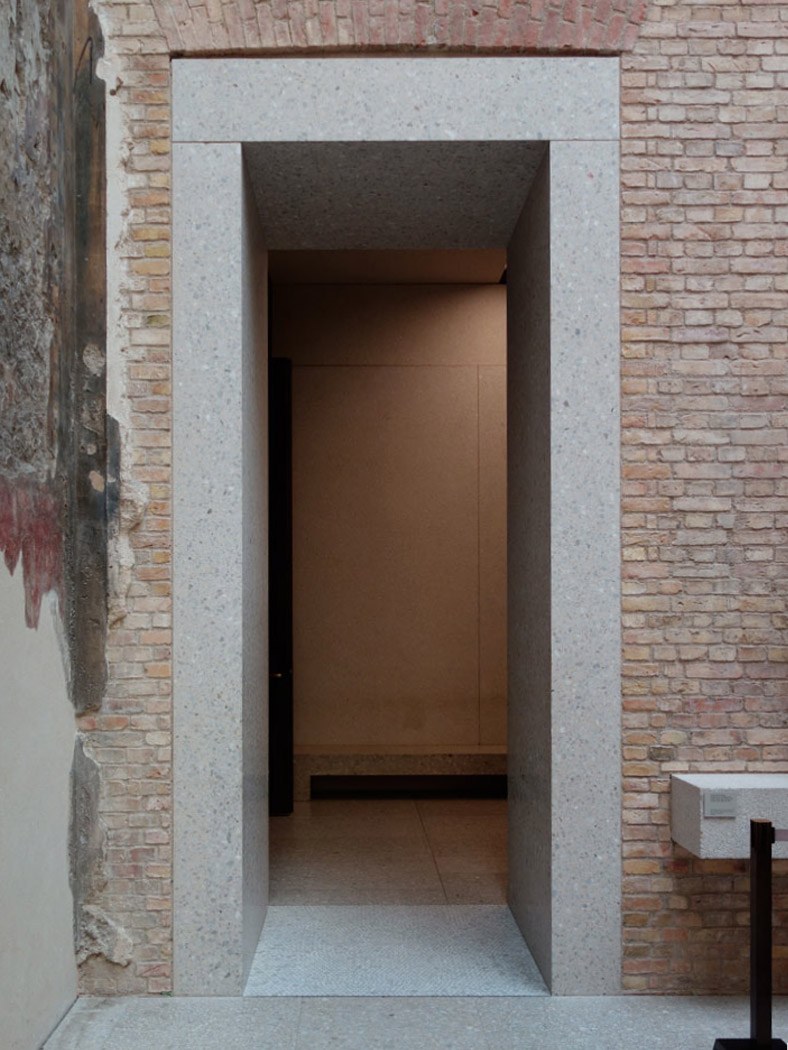 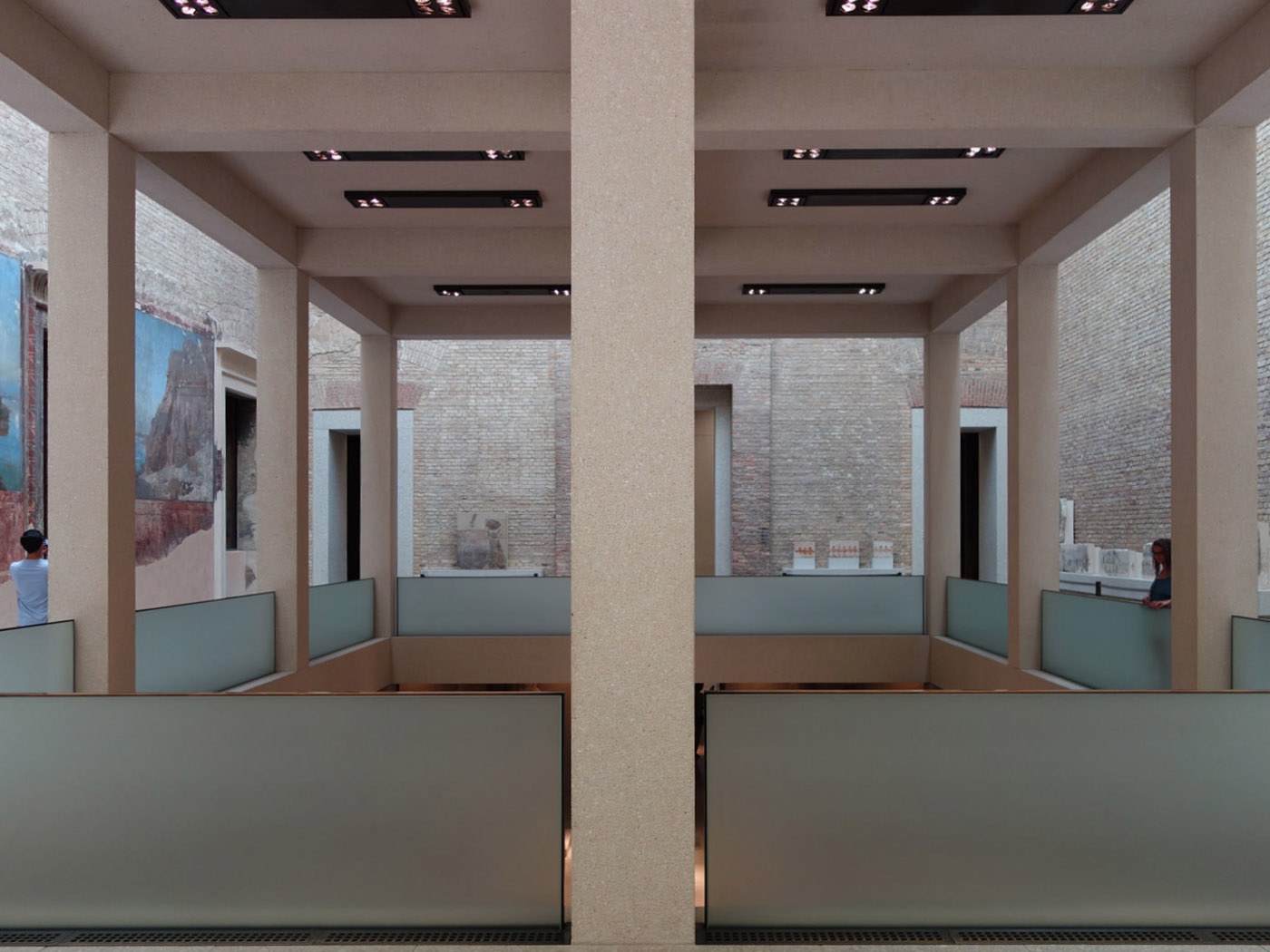 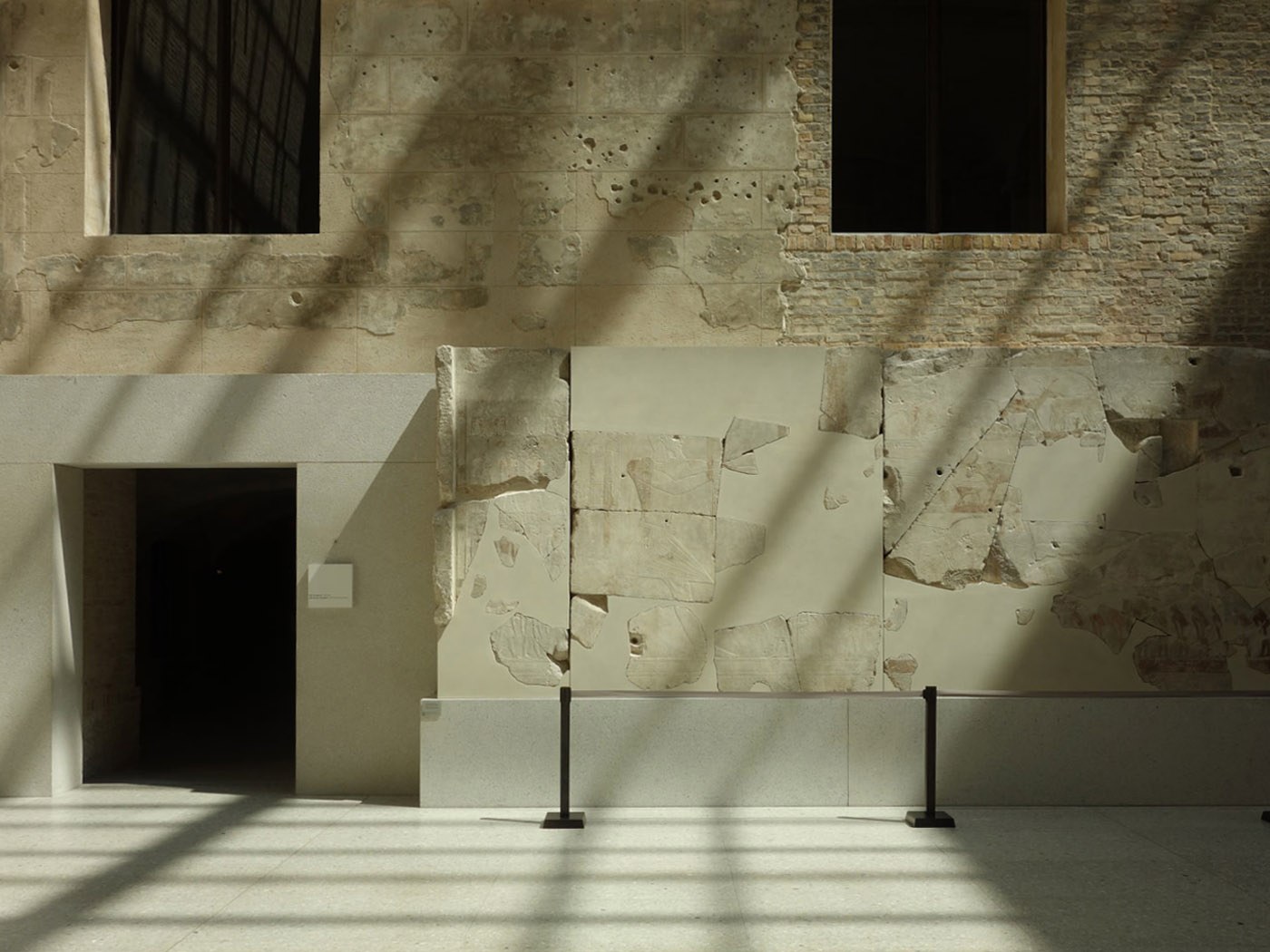 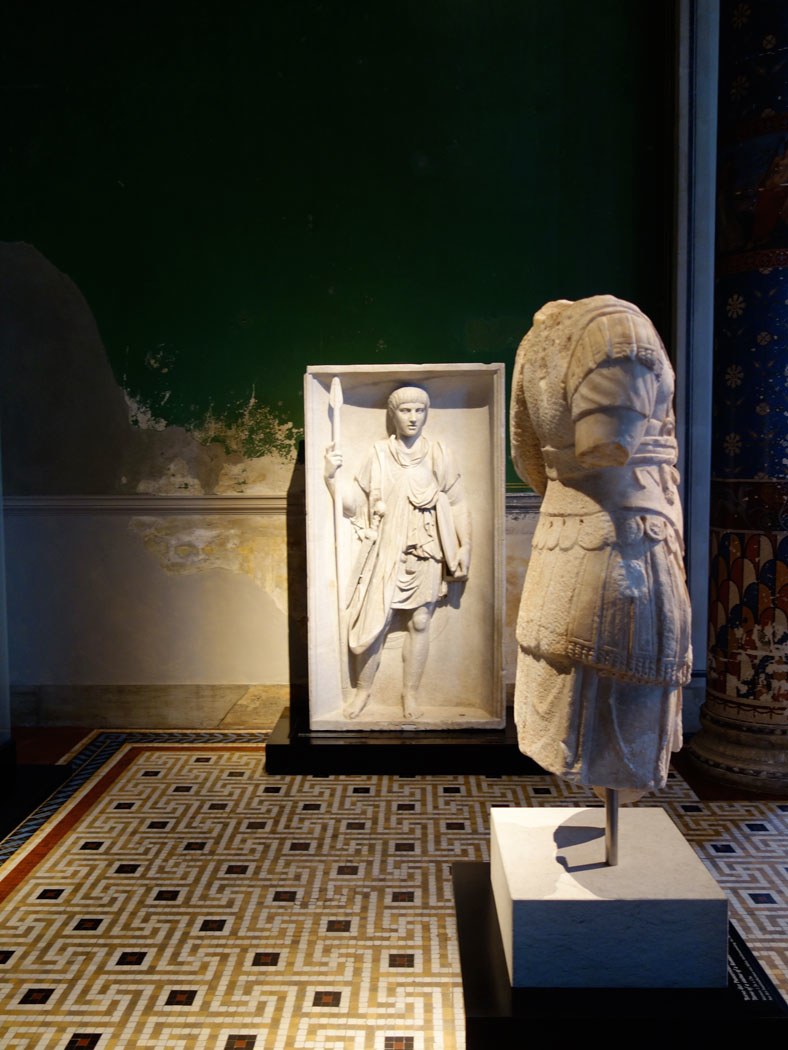 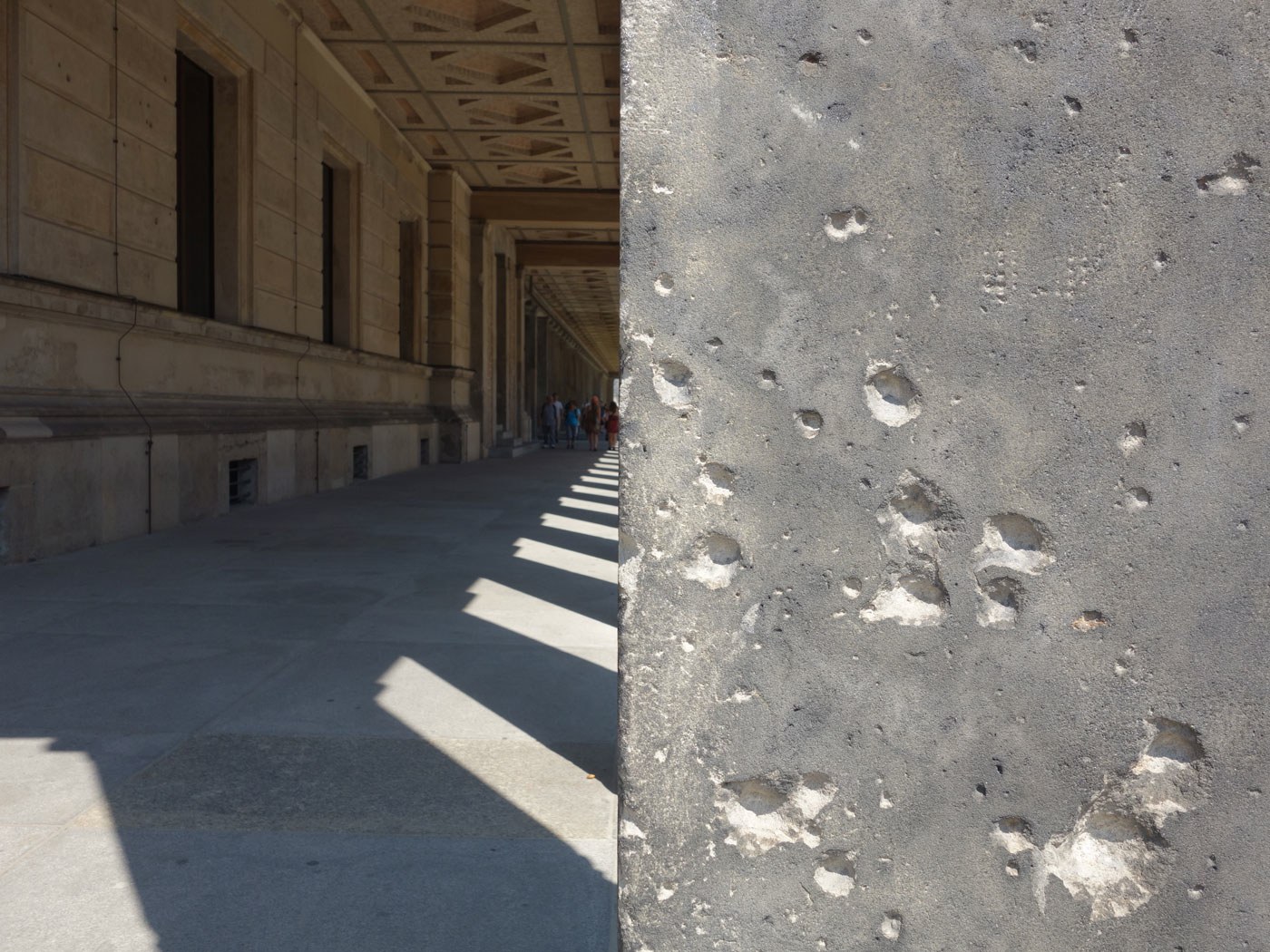 Before we left I joked to a friend that the office was going to Berlin to see what it takes for an architect to get a knighthood (David Chipperfield was made Sir David in recognition of this project). The answer, it turns out, is to create one of, if not the best building in the world.

The strategy for the project was to treat the building as historical artefact, leaving the remaining traces of the original building and the vicissitudes it has suffered since visible. These have not been slight: half of the main elevation is rebuilt, in a stripped down version of the original which manages to both have its own character and avoid looking like a cheap copy, and other parts bear the pockmarked scars of heavy gunfire. The new neither shouts its newness nor copies the original, but rather takes the infinitely more complex path of integrating with the old, akin to the careful restoration of a degraded old master painting.

On our website homepage we say we are interested in creating memorable spaces of strong materiality. I’ve always feared this may be obtuse, but I have never been asked to explain further so I hope it conveys what it intends. At the Neues Museum, Chipperfield alongside conservation architect Julian Harrap have done just this. They have created spaces whose solid materiality give them the serene acoustic of a church; whose unforced and yet always entirely appropriate selection of materials relate the new construction to the past, and so also the objects displayed within; whose simplicity allows the objects to speak and yet whose richness puts them in context; and whose detailing expresses a relentless level of care and consistency. These are spaces you will remember when you get home.

The painstakingly careful and always note-perfect retention of remaining fragments of painted and carved decoration provides the pleasure of patina and recorded time we have noted before where old houses we work on have been stripped back (see Stripped and Stripped Again). These retained areas and fragments are offset against new – but not stridently so – insertions. Plaster infill, door surrounds, window frames, staircases, sublime lift lobbies are in, variously, lime plaster, white concrete (both sandblasted and polished), mosaic, terrazzo, walnut, oak, bronze and brick. All are beautifully considered to a degree that takes the breath away. I wanted to photograph every surface and carefully considered transition – and then I wanted to go round and do it again.

A corner of the building that had been blown away by a direct Allied bomb hit has been rebuilt as a soaring brick vault which starts square, framing the colossal statue of Helios of 138-161AD, and which halfway up begins an imperceptible transition to the circular oculus. It is an astonishing space. It mirrors at the other end of the building the original coffer-domed and richly-coloured octagonal gallery held by the proud and regal (and, as Kris here noted, plain hot) splendour, of the painted bust of Queen Nefertiti of Achet-Anon of 1351-1334BC (photographs not allowed in honour of her beauty).

Of equal success to the architecture are the lighting design – gentle and perfectly focused throughout; curatorial display – signage is limited to the necessary and never intrudes, and the objects are set in beautiful relation to one another with appropriate space to breathe, whether on plinths or in beautifully detailed bronze display cases; and the air handling – I normally suffer museum fatigue after about fifteen minutes of recycled gallery air, but here the galleries and stairwells felt fresh throughout, in sharp sunlight and after several hours of transfixed admiration, yet were utterly discreet, no small feat in an old building. There is a single interactive display and a complete absence of patronising reconstructions – and no sign of bored children.

The building was apparently finished on programme and under budget – which given the evident care and astonishingly high standards of workmanship may say more about appropriate German budgeting and project planning than architectural economy.

I now have an answer to the question people love to pose an architect, (to which my previous answer was, with a little irony, the BT Tower in London): What is your favourite building?