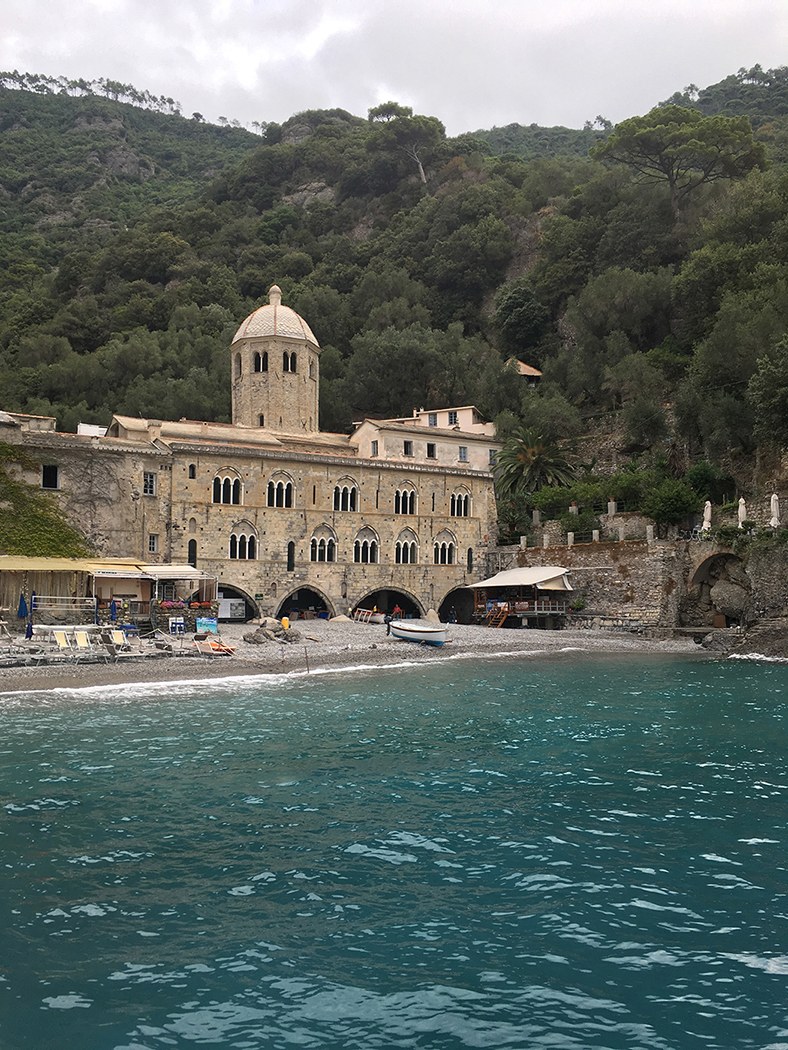 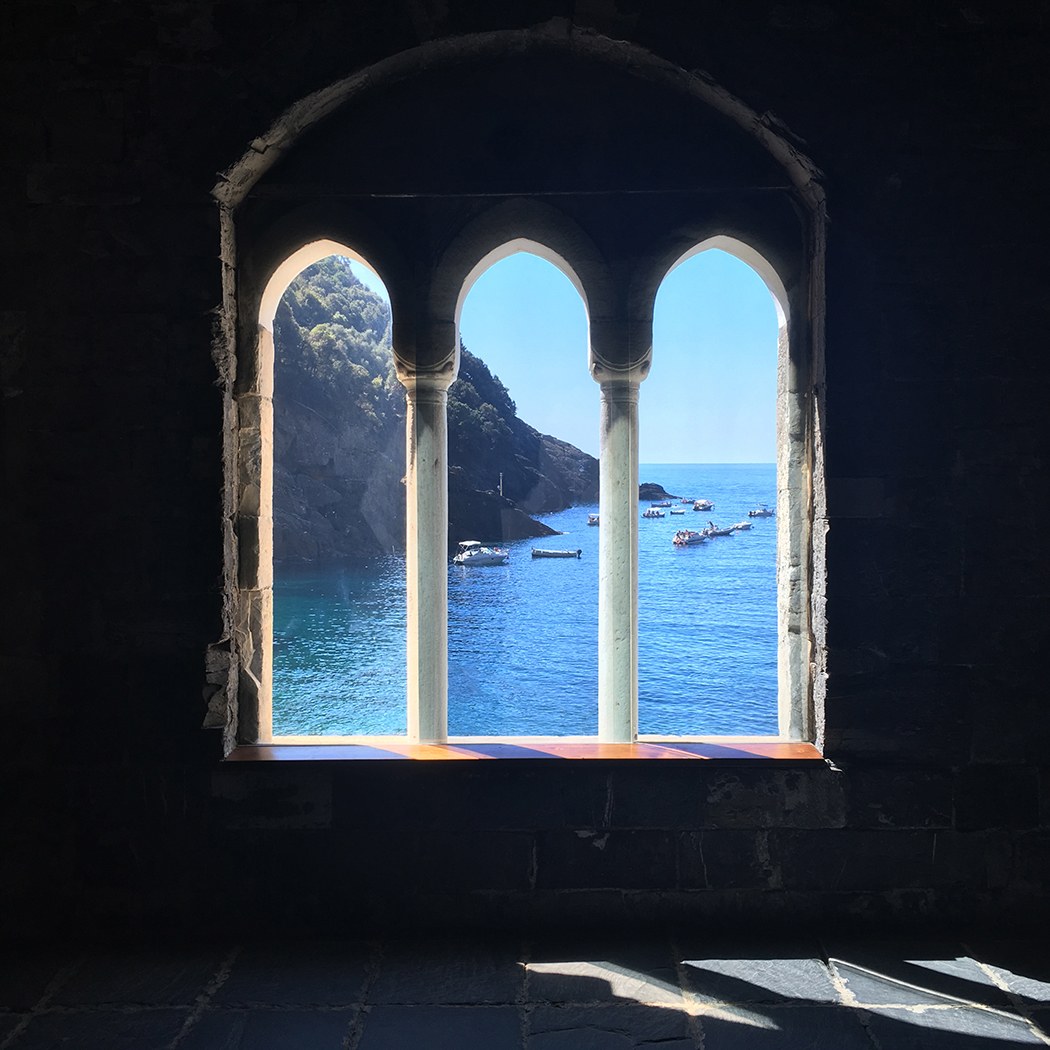 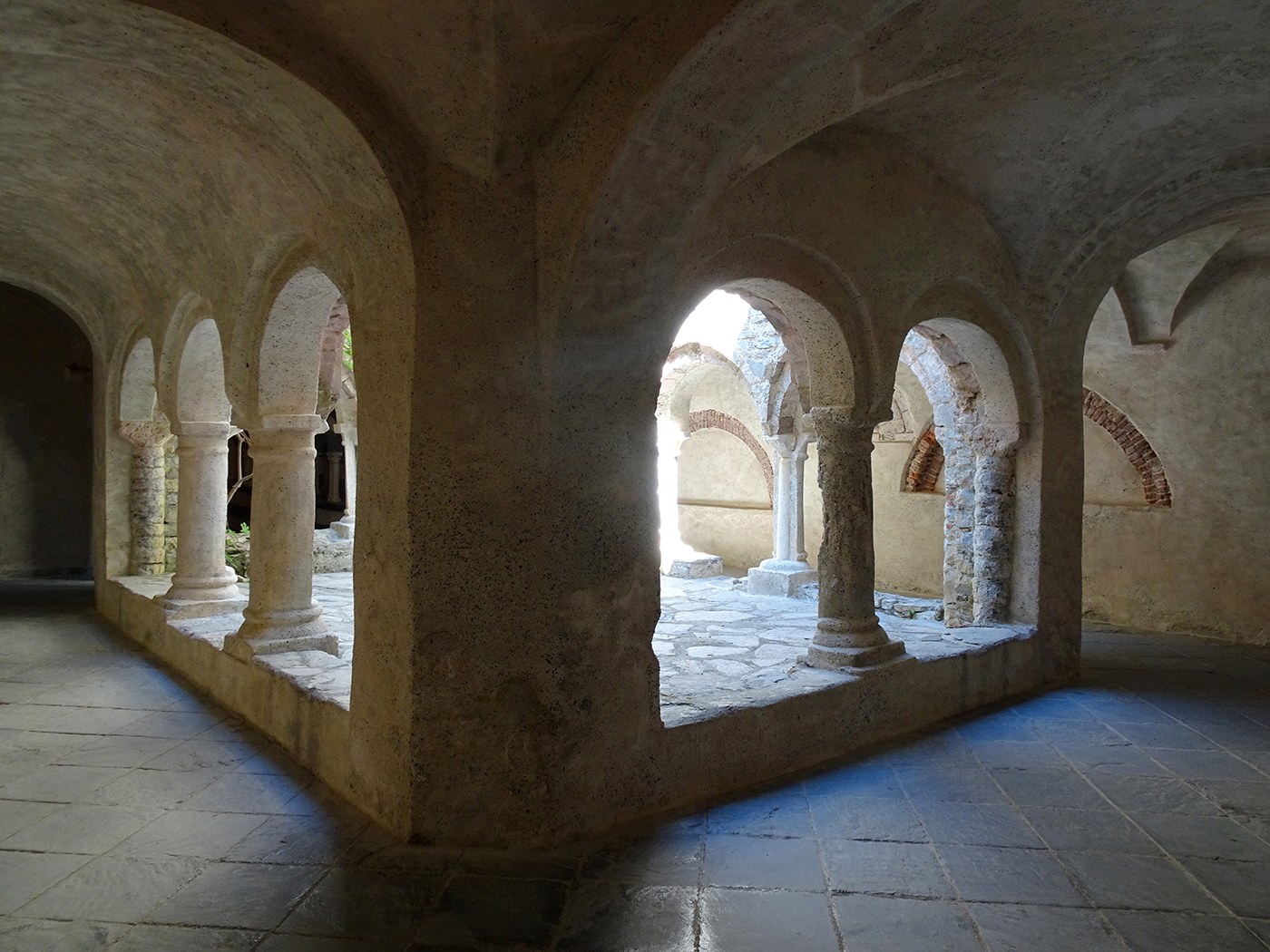 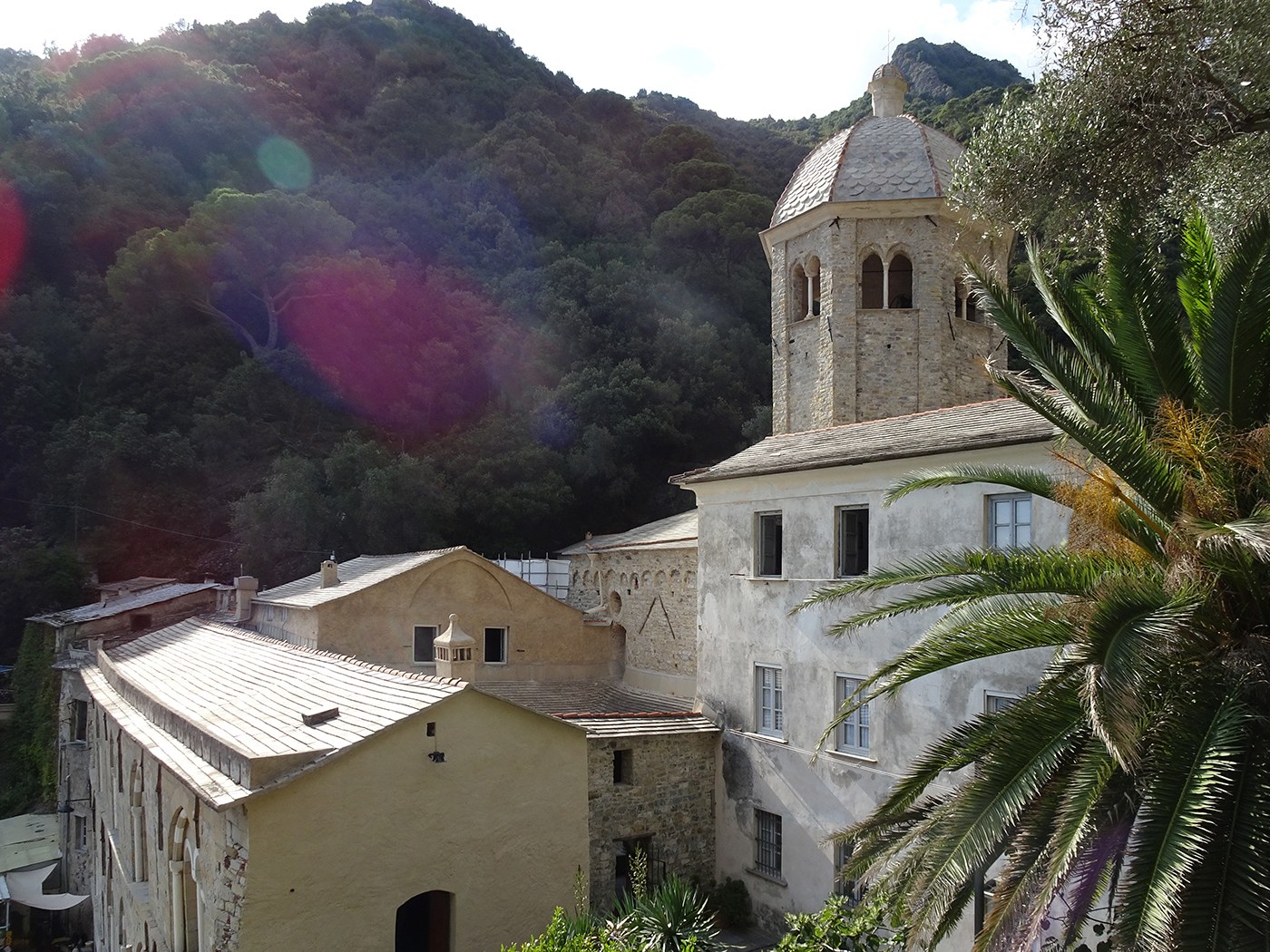 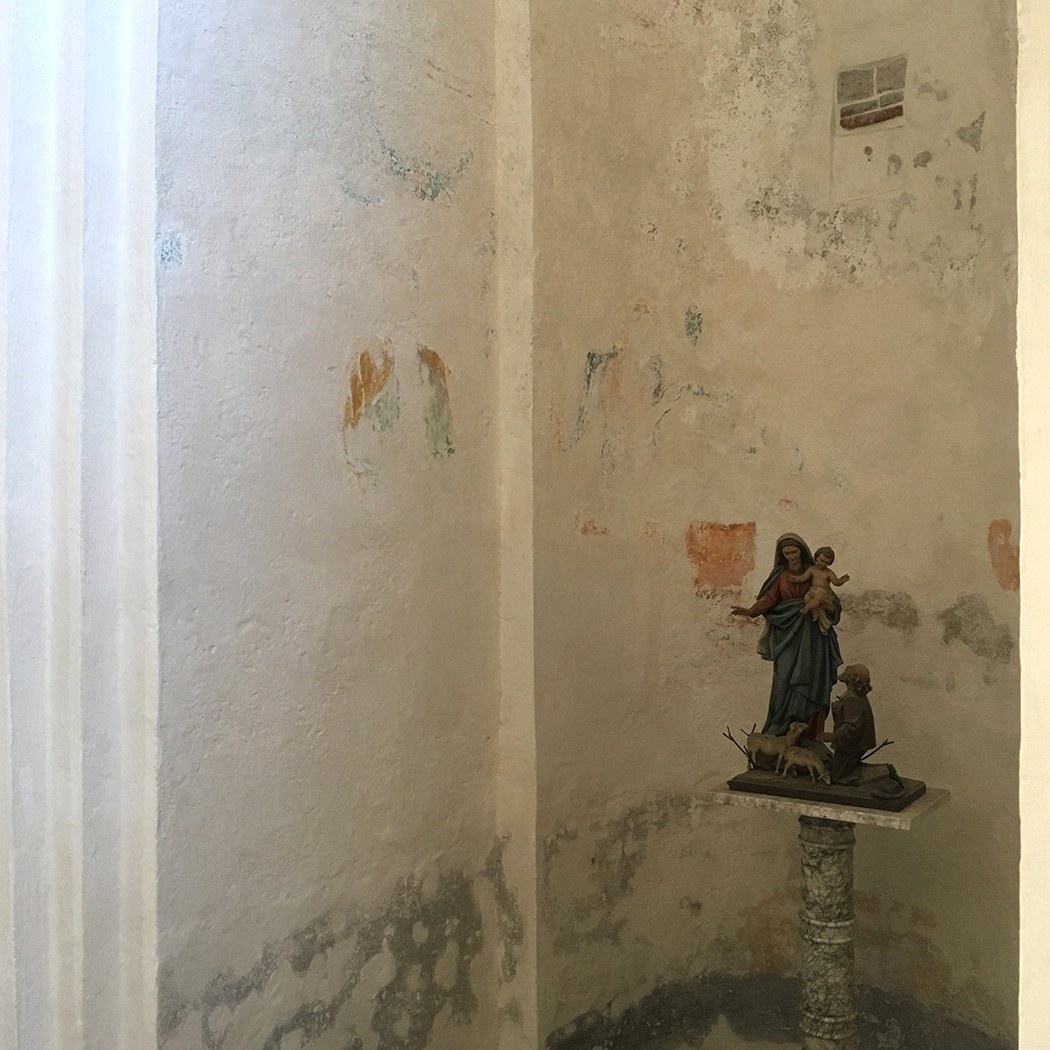 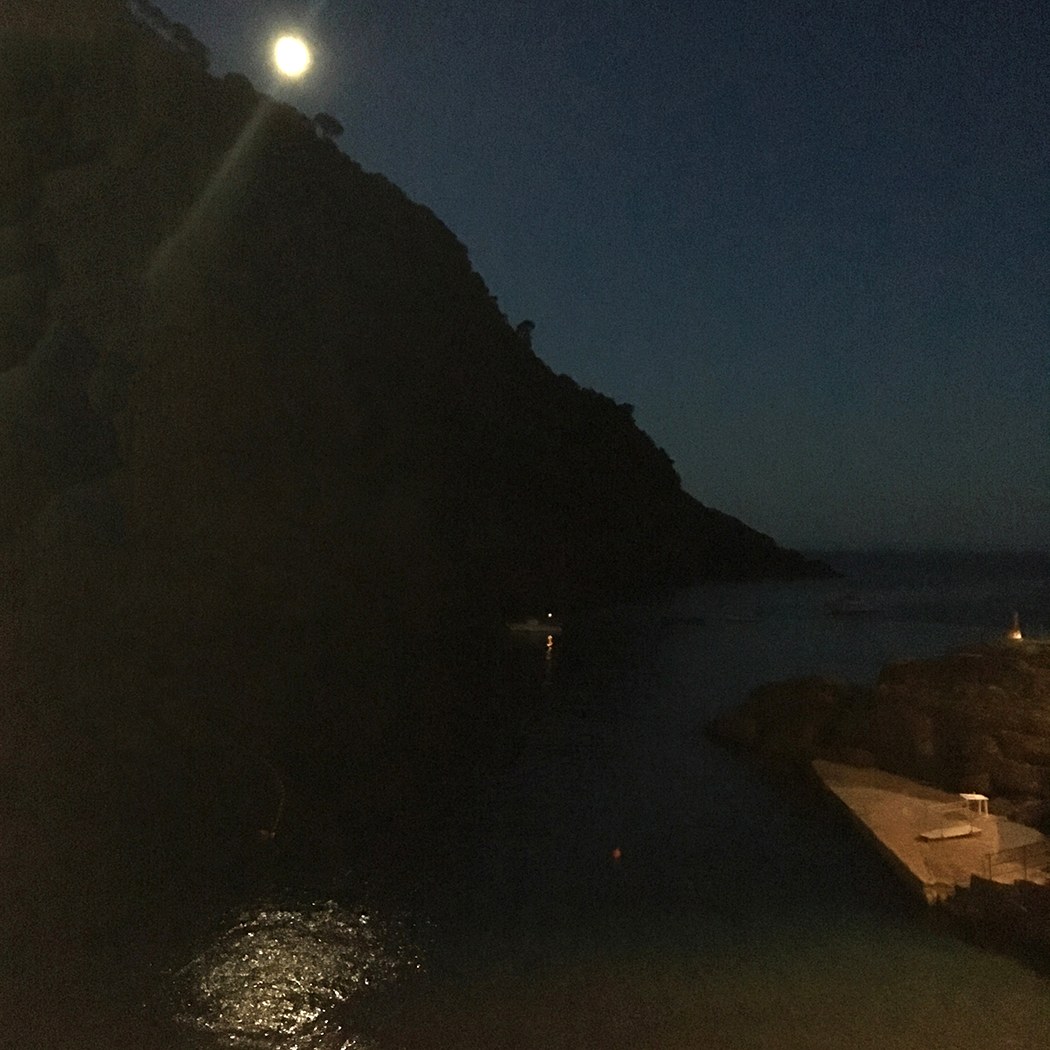 I begin to think it must be more than chance that my summer holidays, the annual chance to reboot, seem to recurrently involve or revolve around abbeys. This year’s was in a fisherman’s cottage next to a twelfth century abbey in a cove on the Ligurian coast accessible only by boat, an extreme case.

Certainly if you’re in an unknown part of the world and want to find the nicest part of it, my advice is to look for an abbey on the map and head to it: if you had to spend the whole and rest of your life in one place you’d choose a nice spot. And if you had to spend the rest and whole of your life in one building you’d make sure it would last the course.

And so abbeys – whether dead as ruins, dead in the hands of a heritage body, or alive (albeit with the smell of mass-cooked cabbage permeating every corner I can’t help but imagine) – manage to be places where you can spend a lot of time. The grace of the church, the ordered procession of the cloister, the dignity of the library, collective shelter of the dormitory, and the heat and bustle of the cookhouse provide sufficient variation to comprehend a life within.

Abbeys must hold all of life; admittedly a closed, restricted, controlled version of life, and arguably lives more open to the space and freedom of the mind and less concerned with tangible surroundings, but lives nonetheless.

Is that why abbeys so often stand the test of time; remain quietly beautiful century in and out? And why a new abbey would be foolish to follow the very latest thing in architecture. There is something in the correctness of a column, the expression of forces in an arch and the soaring lines of a vault, that doesn’t need rethinking, that doesn’t challenge, that lets life continue around it. Tradition helps: building one abbey after another in series leads to refinement (though one too many to abasement).

The rare contemporary abbey has to establish a language for itself; difficult, or even insanity-inducing, to try alone. John Pawson at Novy Dvur, or more powerfully the works of Dutch monk Dom Hans van der Laan, the best but still not entirely convincing examples that come to mind (the former with too much of the faux-permanence of a Bond Street boutique, the latter’s too like prisons, neither places to be incarcerated for longer than the absolute minimum, to borrow a Pawson phrase).

Staying right next to an abbey made me wonder how our houses would differ if we rarely or never left them. And then on seeing mine afresh with the critical eyes of the newly returned holiday-goer, whether our homes should be thought of not as places to inhabit, but as places to return to, be it after pilgrimage, odyssey, or just a holiday.

There was an evening concert in the abbey cloisters. Brazilian bossa nova. It wasn’t quite what I had come to Italy for. I let myself out during applause to go for a swim in the bay.

I strip off and swim out under the moonlight, and hear with relief that the slightly tedious music has ceased. I turn back to see the concert-goers filling the terrace and all the windows of the abbey, staring out towards the sea. They are looking at the slow movements of a wild boar ambling along the beach. And then at my white moonlit naked Englishness beyond. The boar is between me and my clothes.

I swim away, feeling there is a parable here.

Eating dinner, there is an annoying floodlight staring across the bay from the top of the hill opposite. Anger mounts at whoever felt it necessary to flood this isolated bay with a spotlight. Except it has just jumped free of the hill, and is the moon.