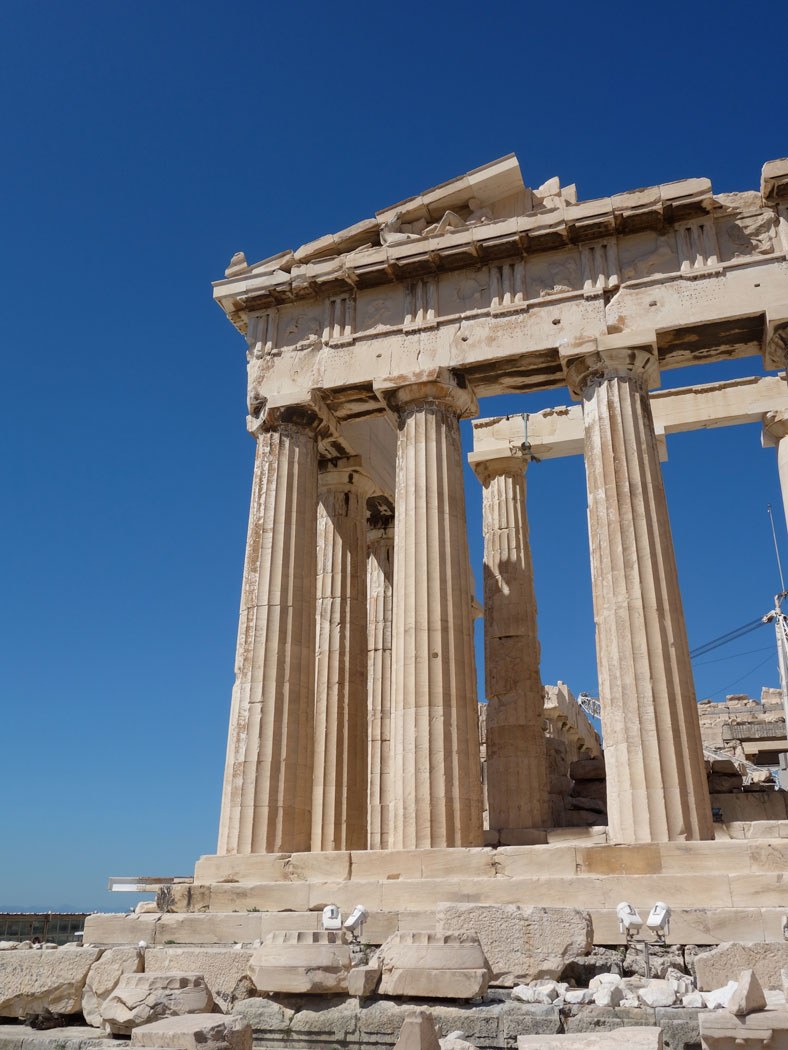 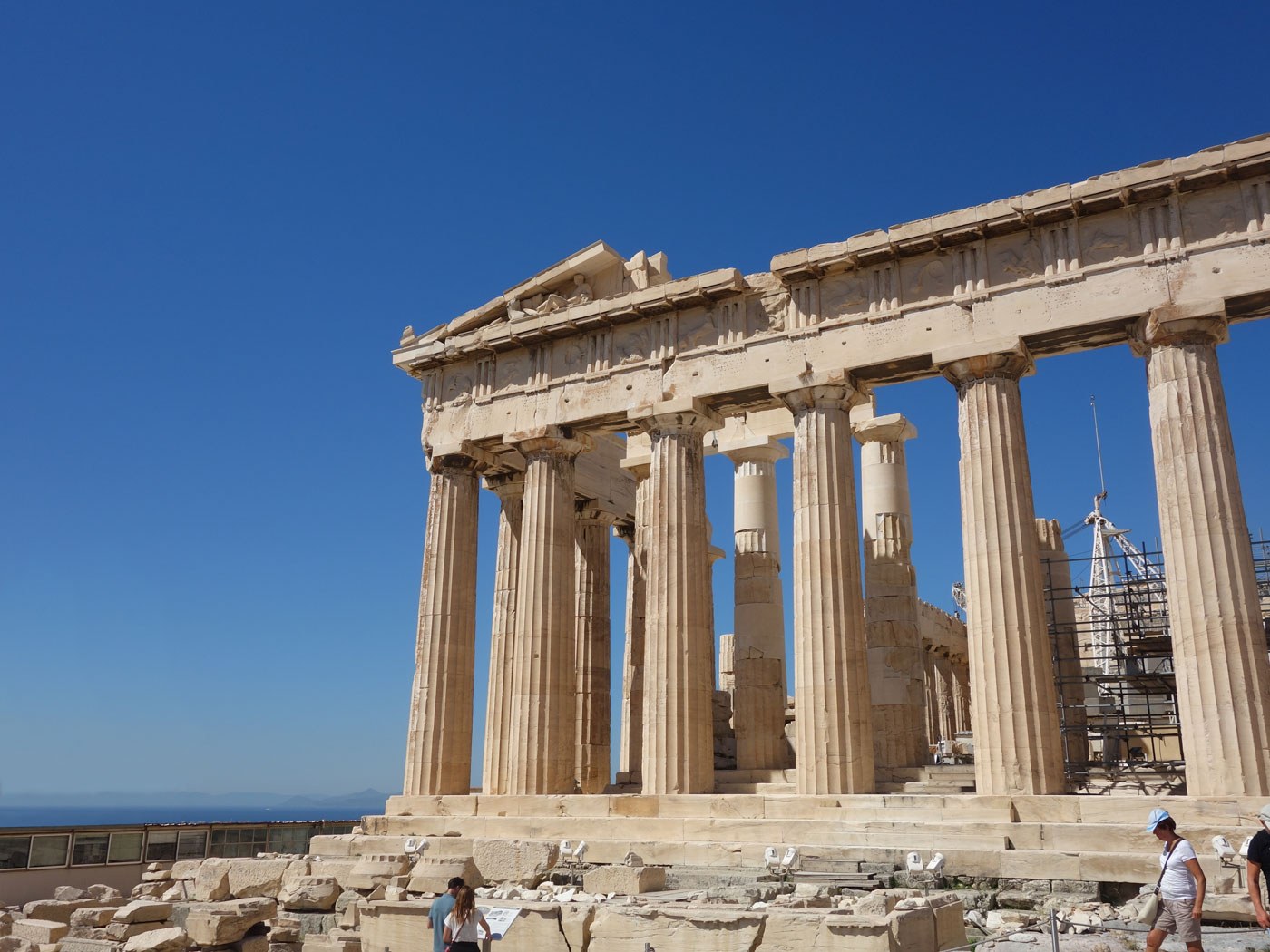 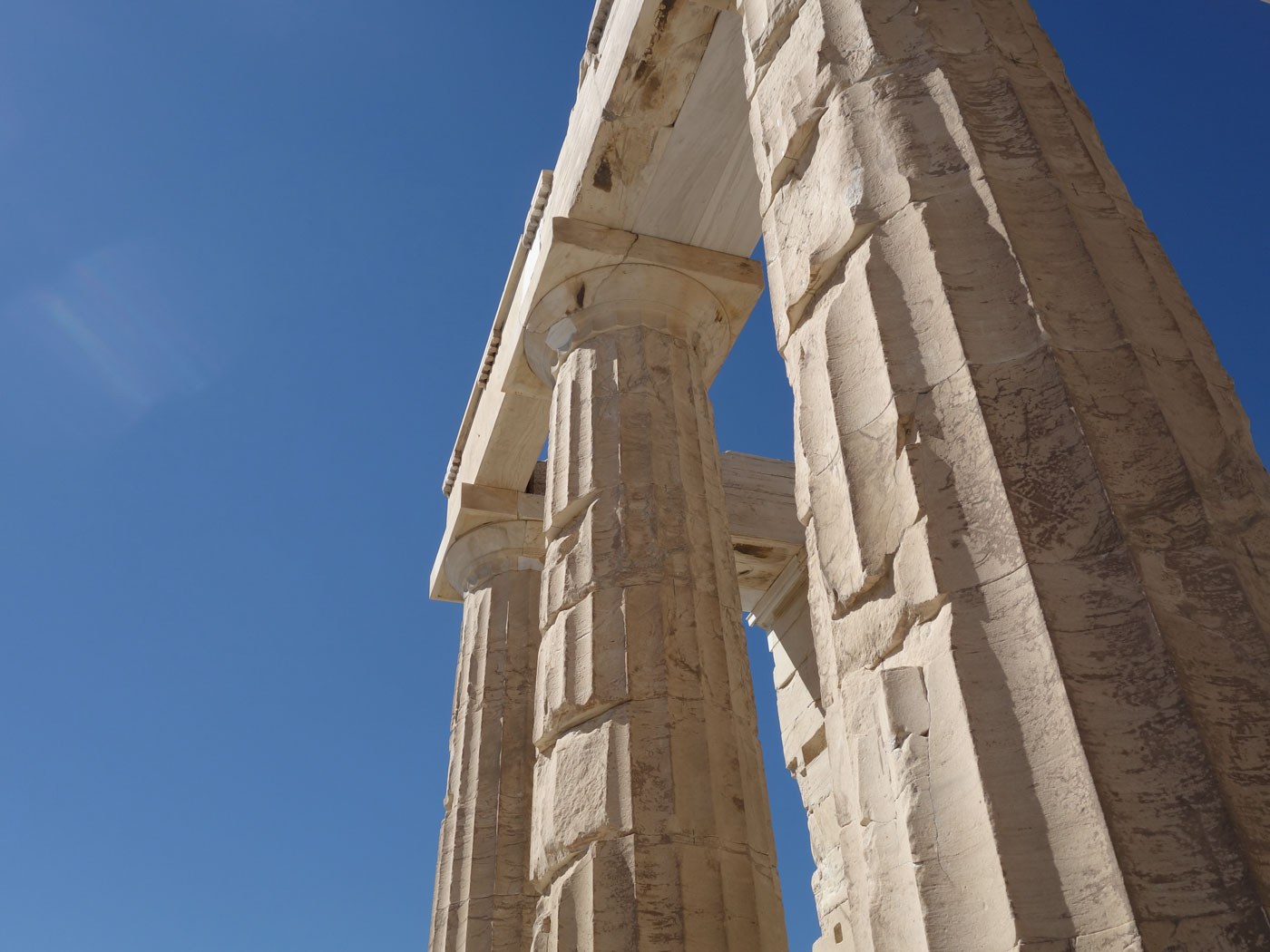 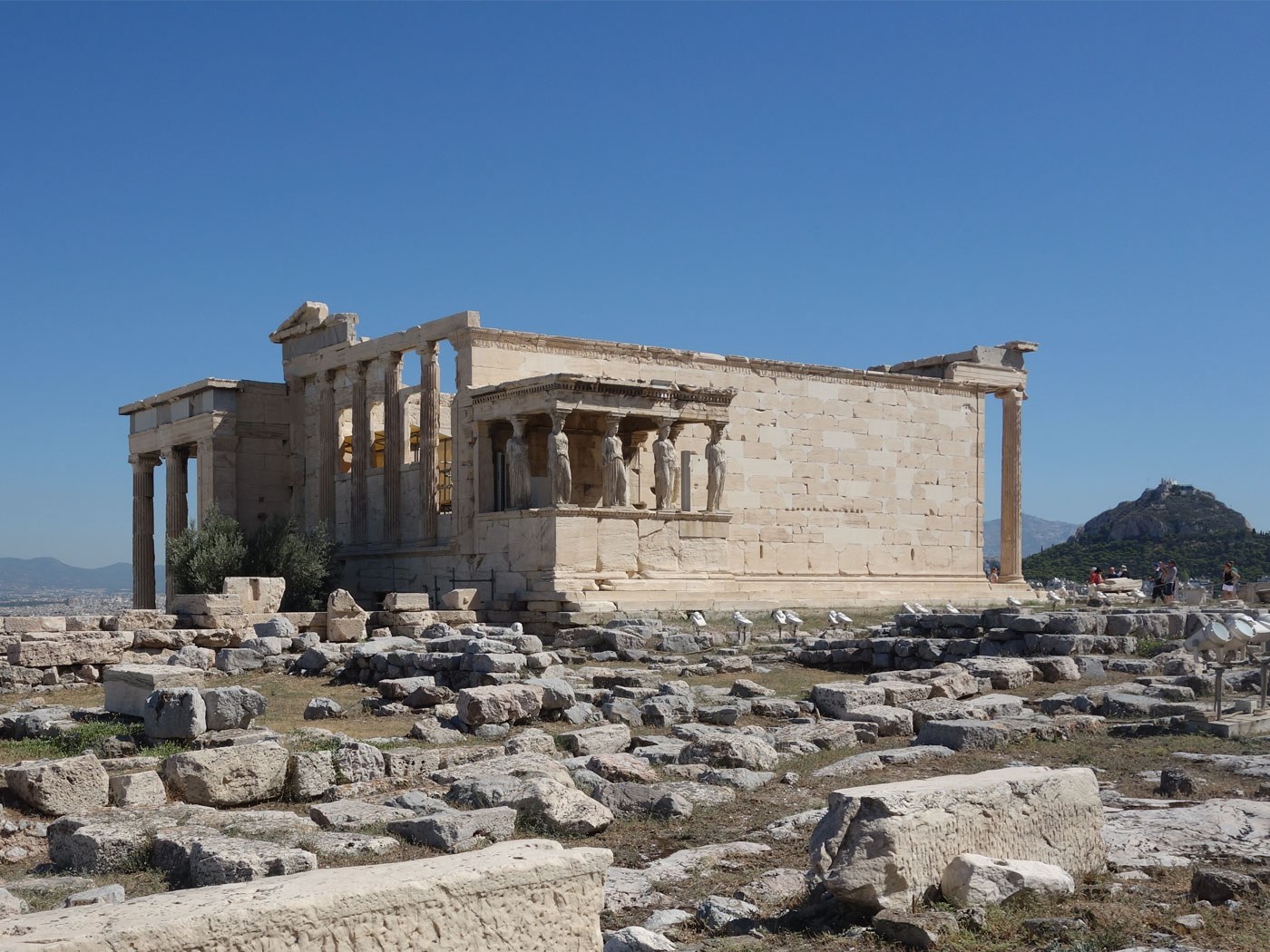 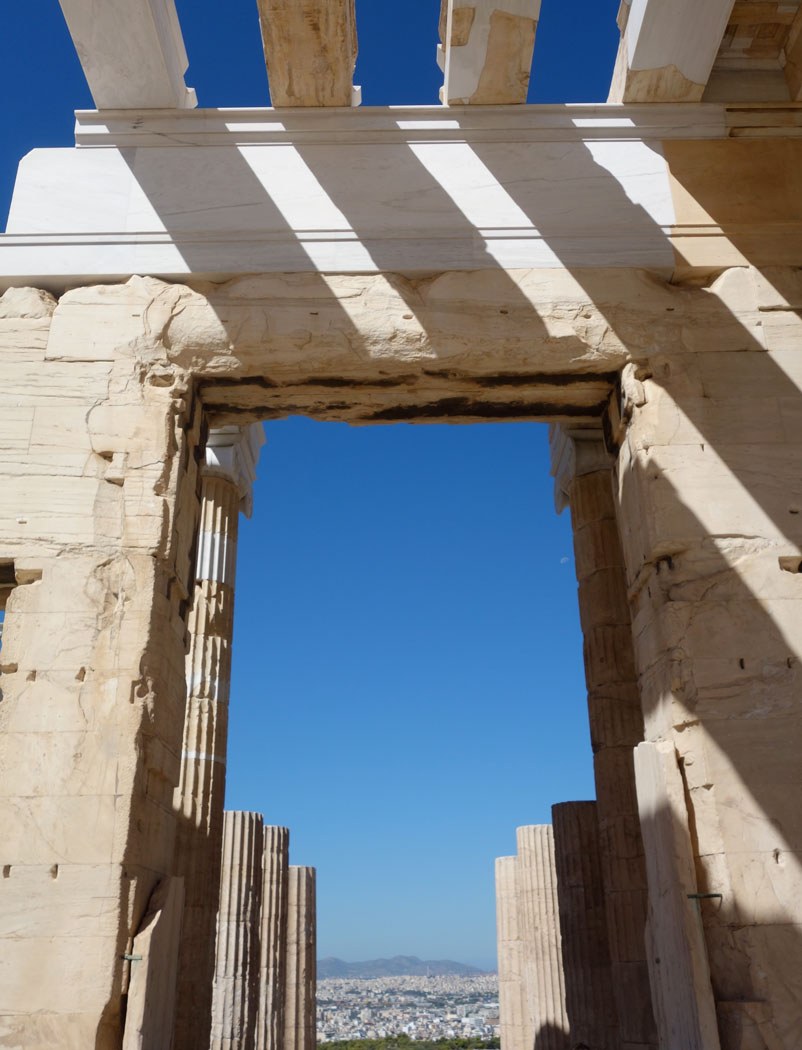 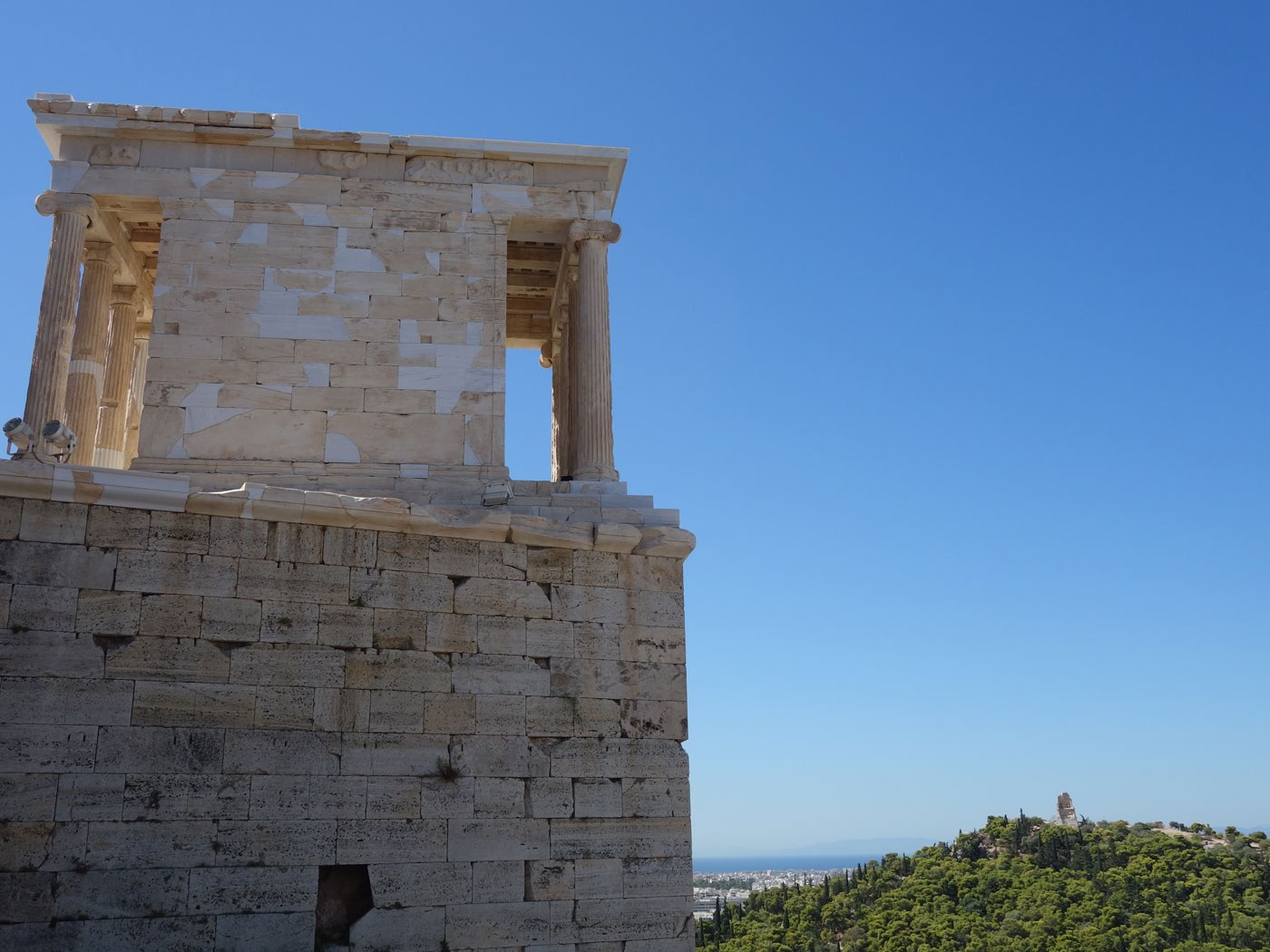 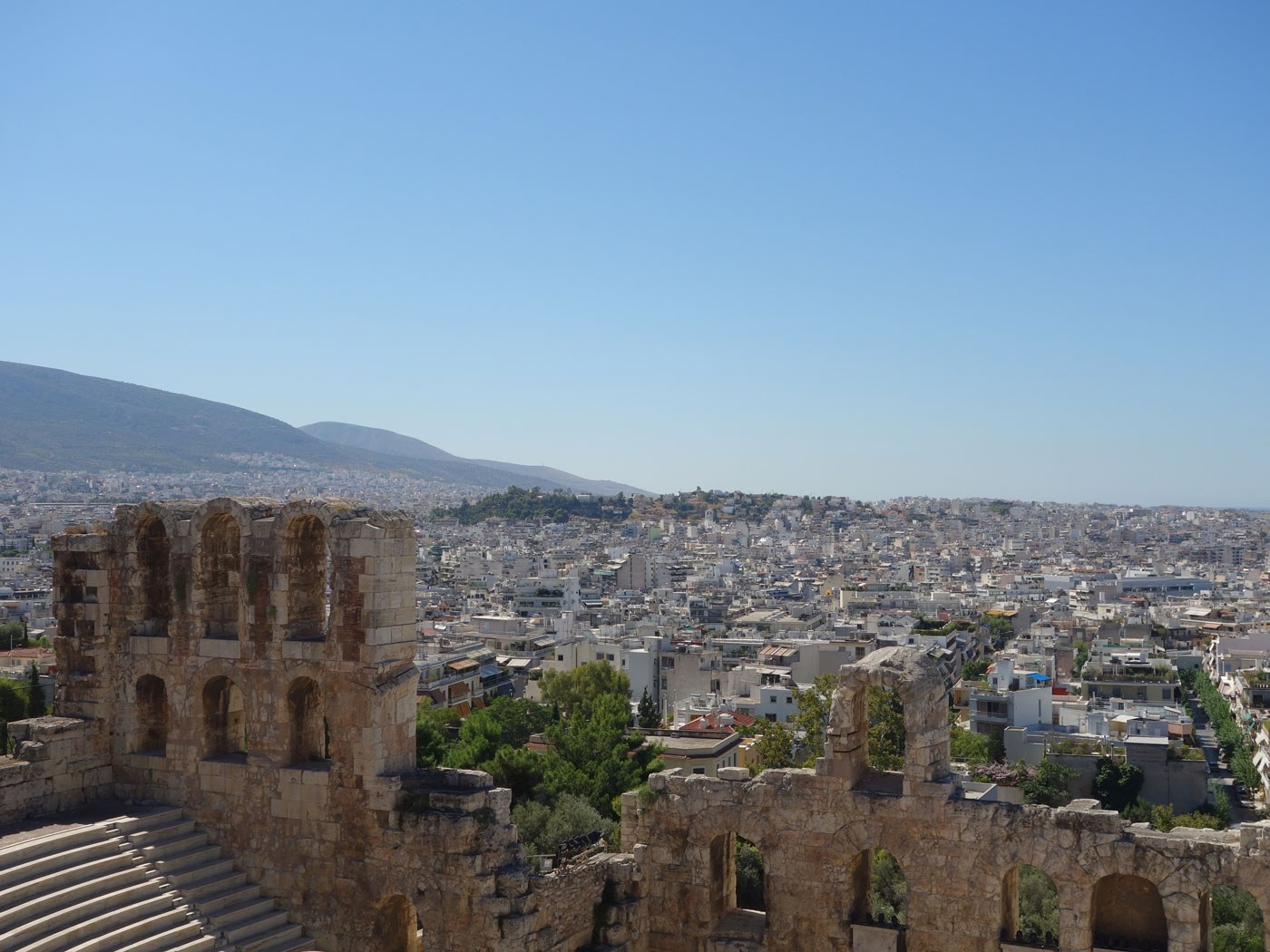 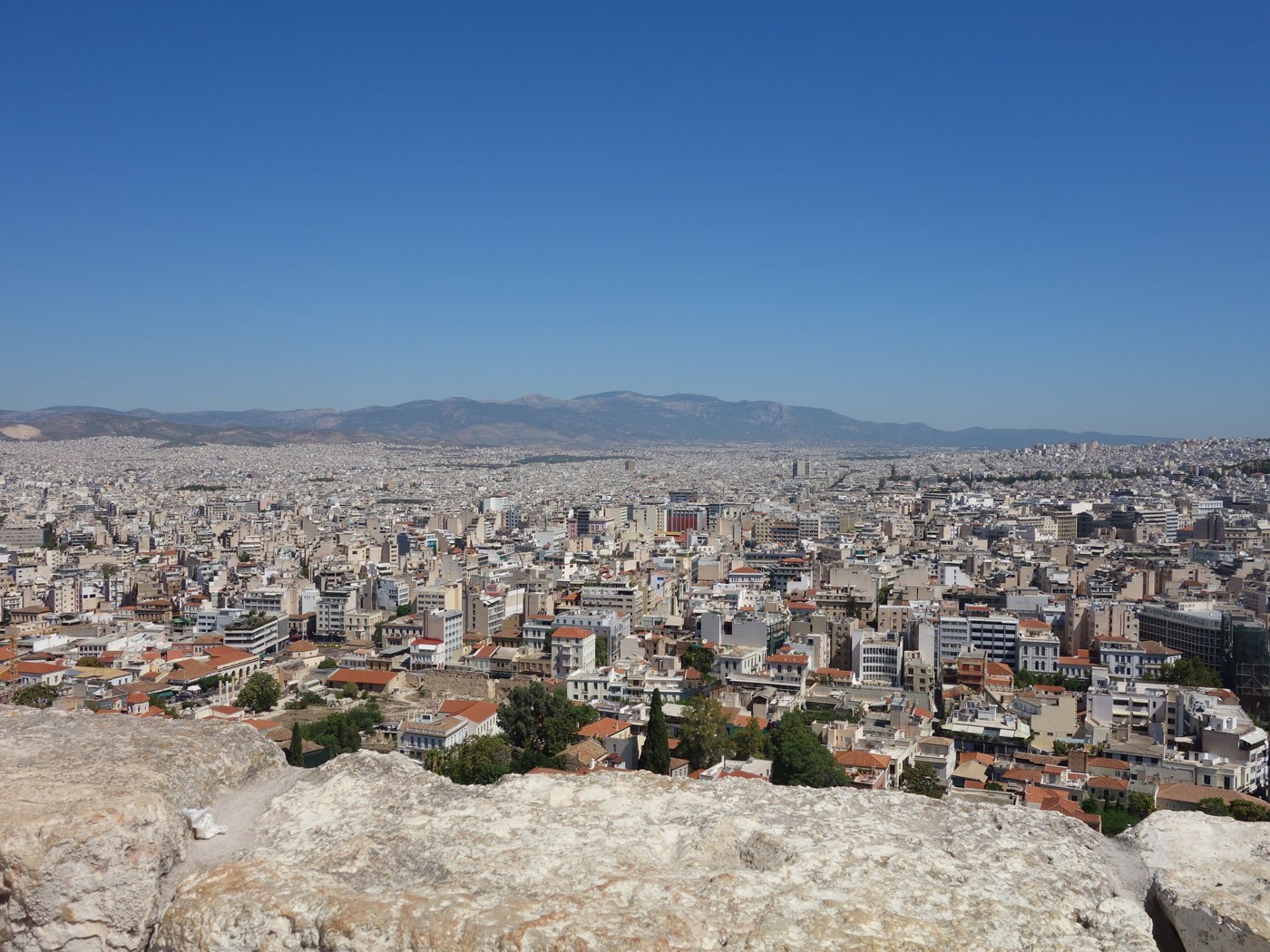 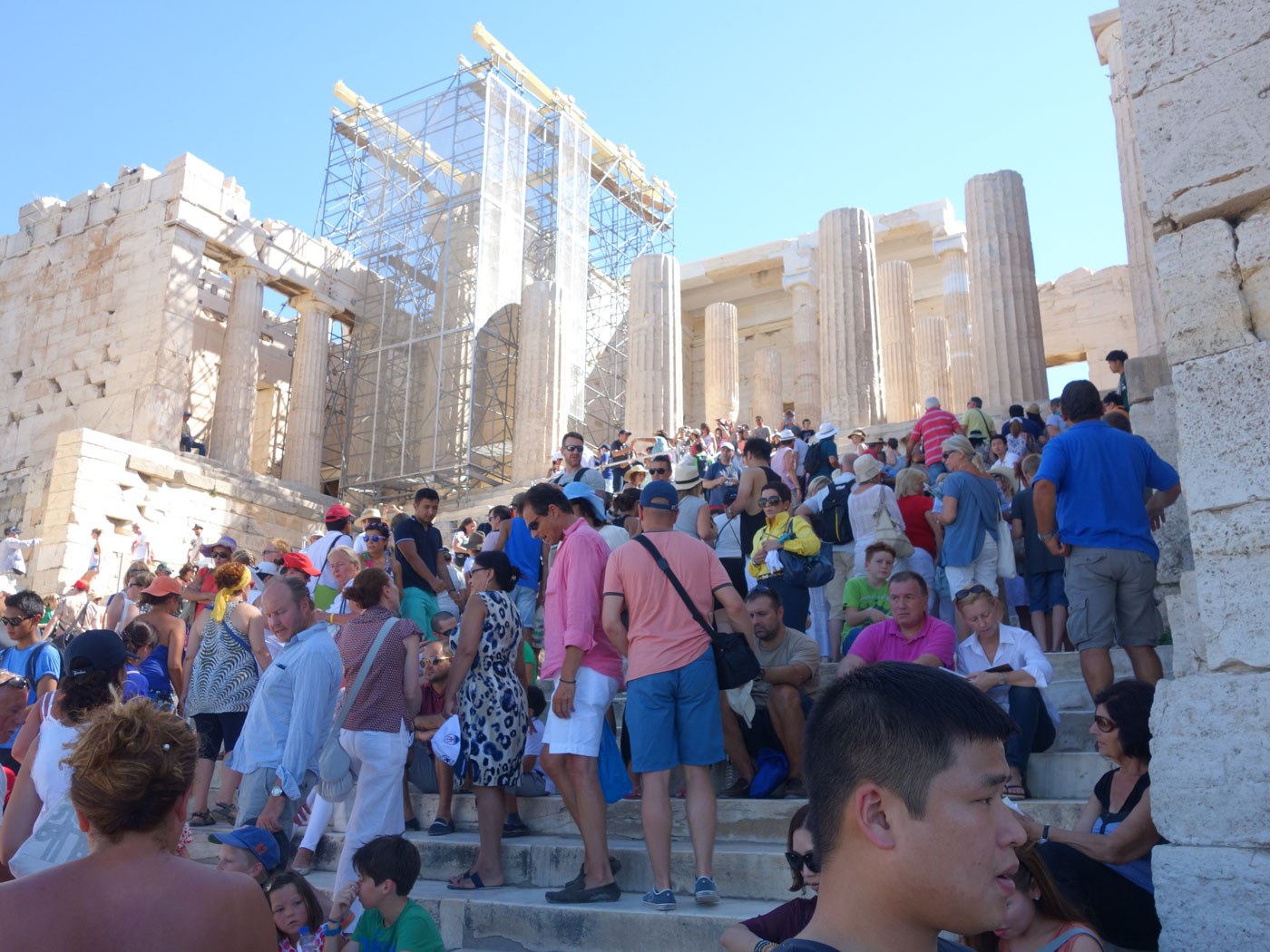 Like never having read any Jane Austen, not having visited the Acropolis to see the Parthenon is a cultural oversight not to be readily admitted to. A piercingly hot August day between flights provided the opportunity to remedy one of these omissions (it was too hot to sit and read).

The perfection of the orders is taken for granted after two and a half thousand years of copies; the genius for me was the siting of the group of buildings, one to another and each to the hilltop, heightening the drama of the site: the placing of the Parthenon, the temple of Western temples, not in the centre but eccentrically, balanced by the smaller Erectheum in a filial relationship (these are buildings with personalities); the framing of the Aegean through the Propylea making passing through feel temporarily like standing on a diving board above the far sea; the diminutive Temple of Athena Nike in false perspective made to appear at once larger and more precipitous than it is.

And below, the consistent height of modern Athens, like a blanket laid over the gentle surrounding foothills, forming a quiet backdrop even after a couple of millennia. The hordes of fellow tourists did not, it has to be said, have the same calming effect.