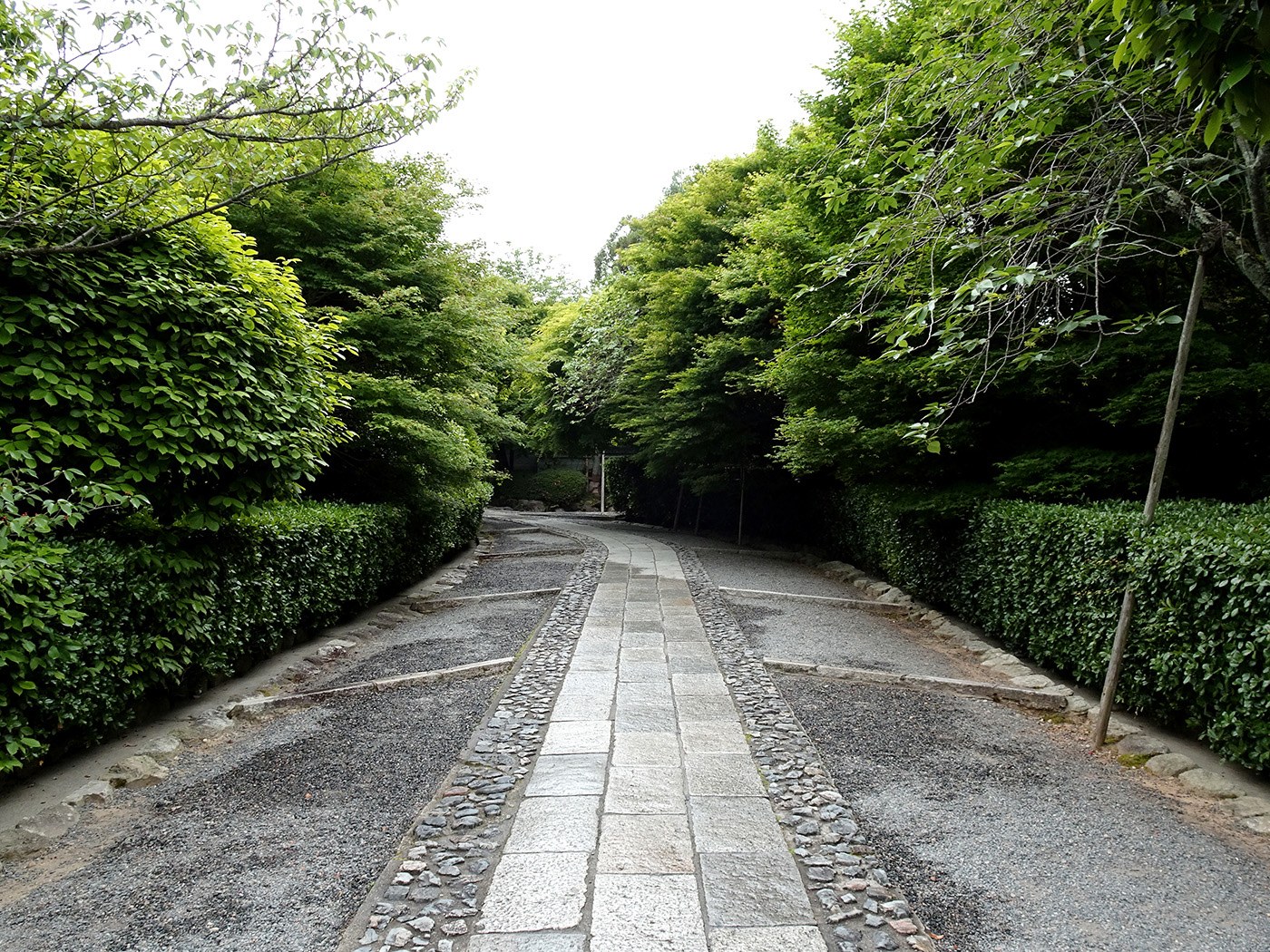 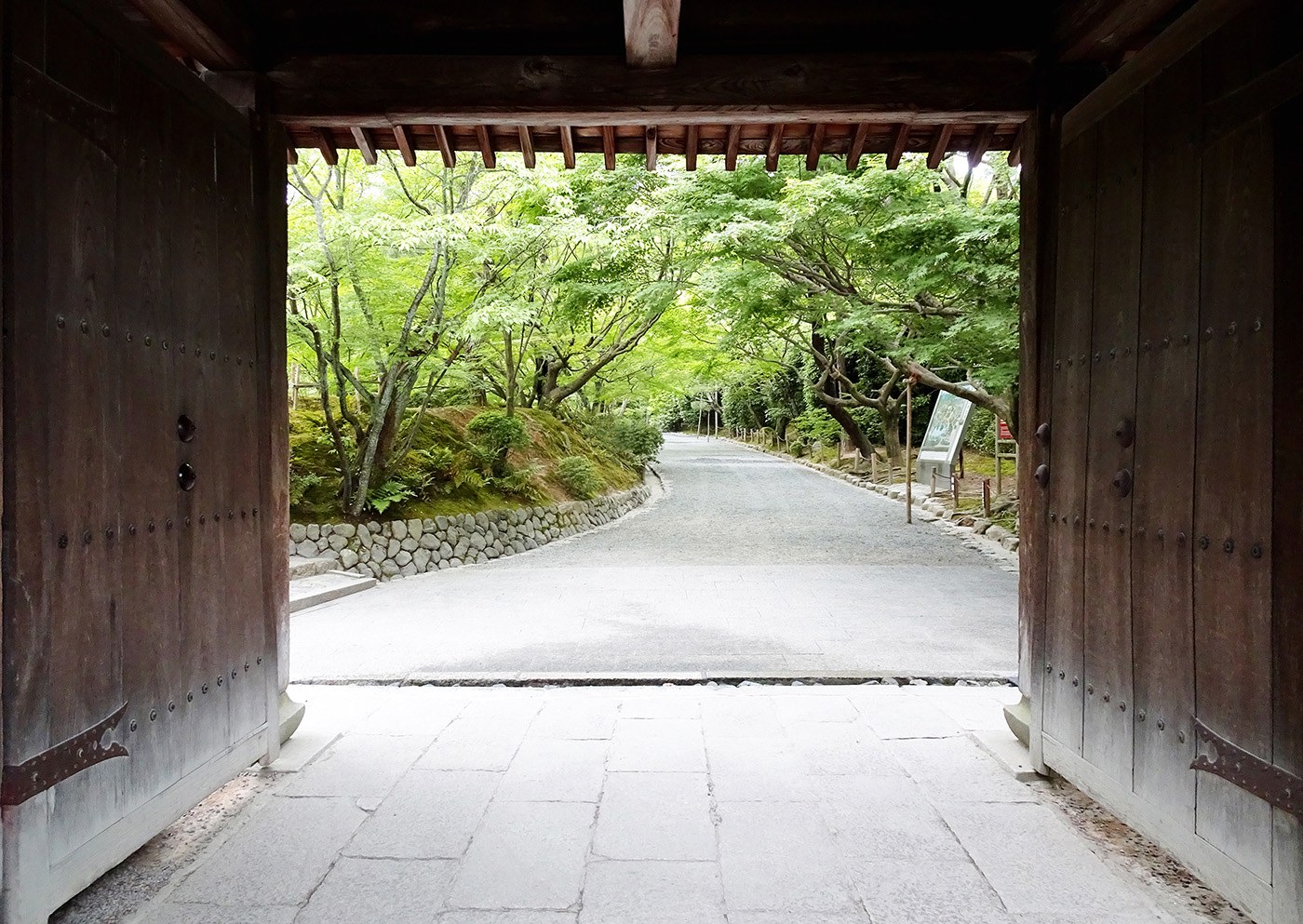 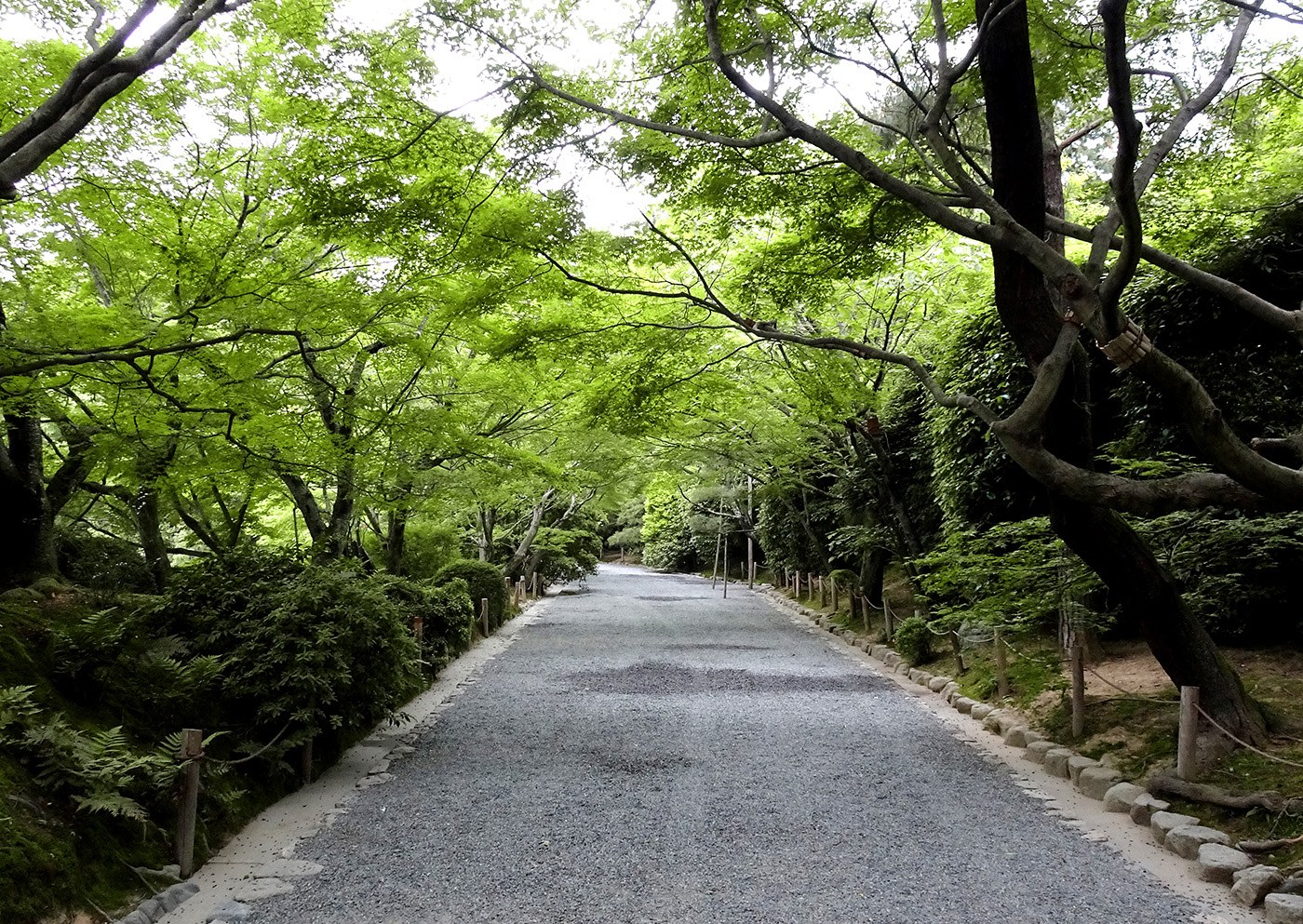 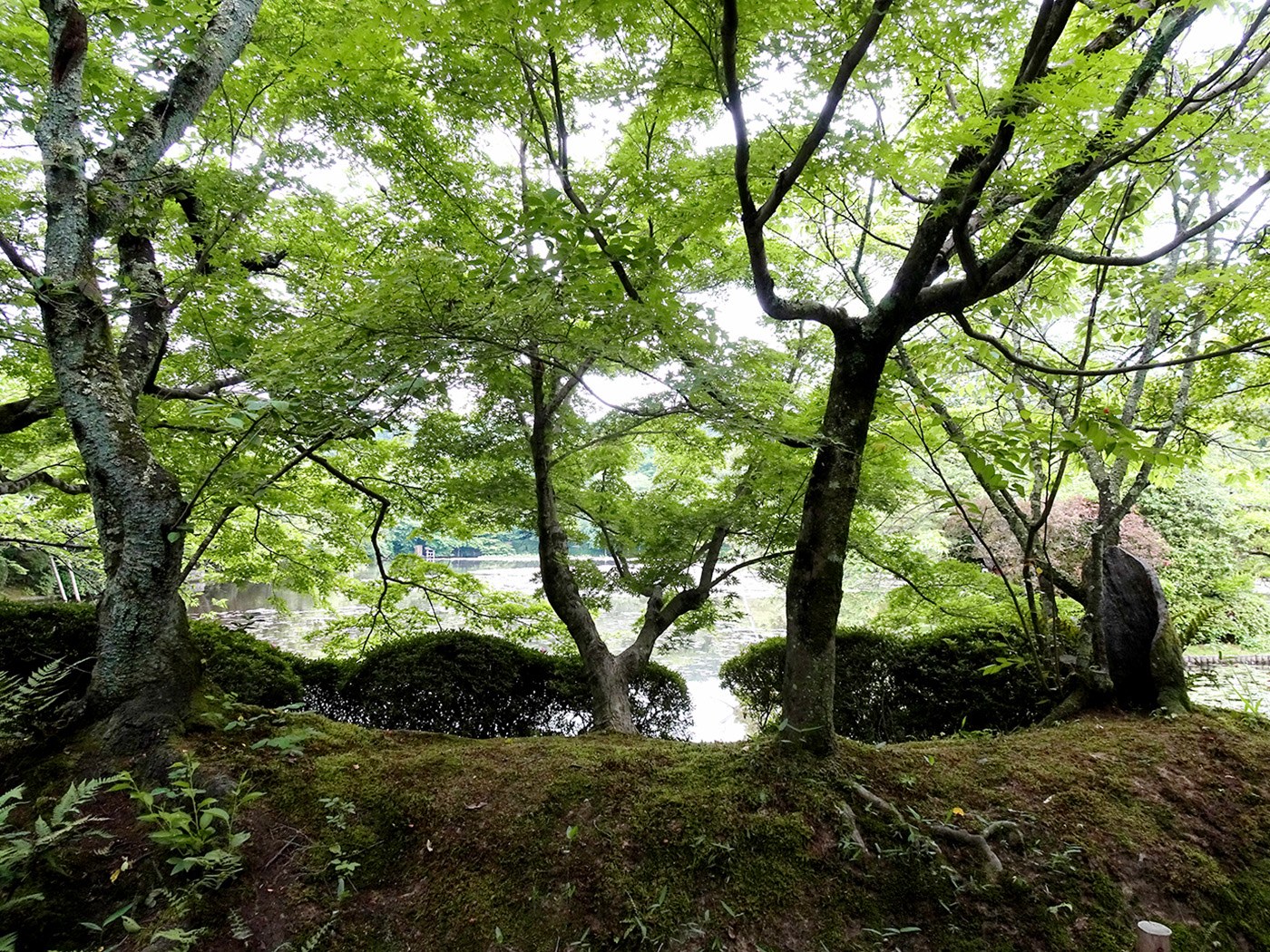 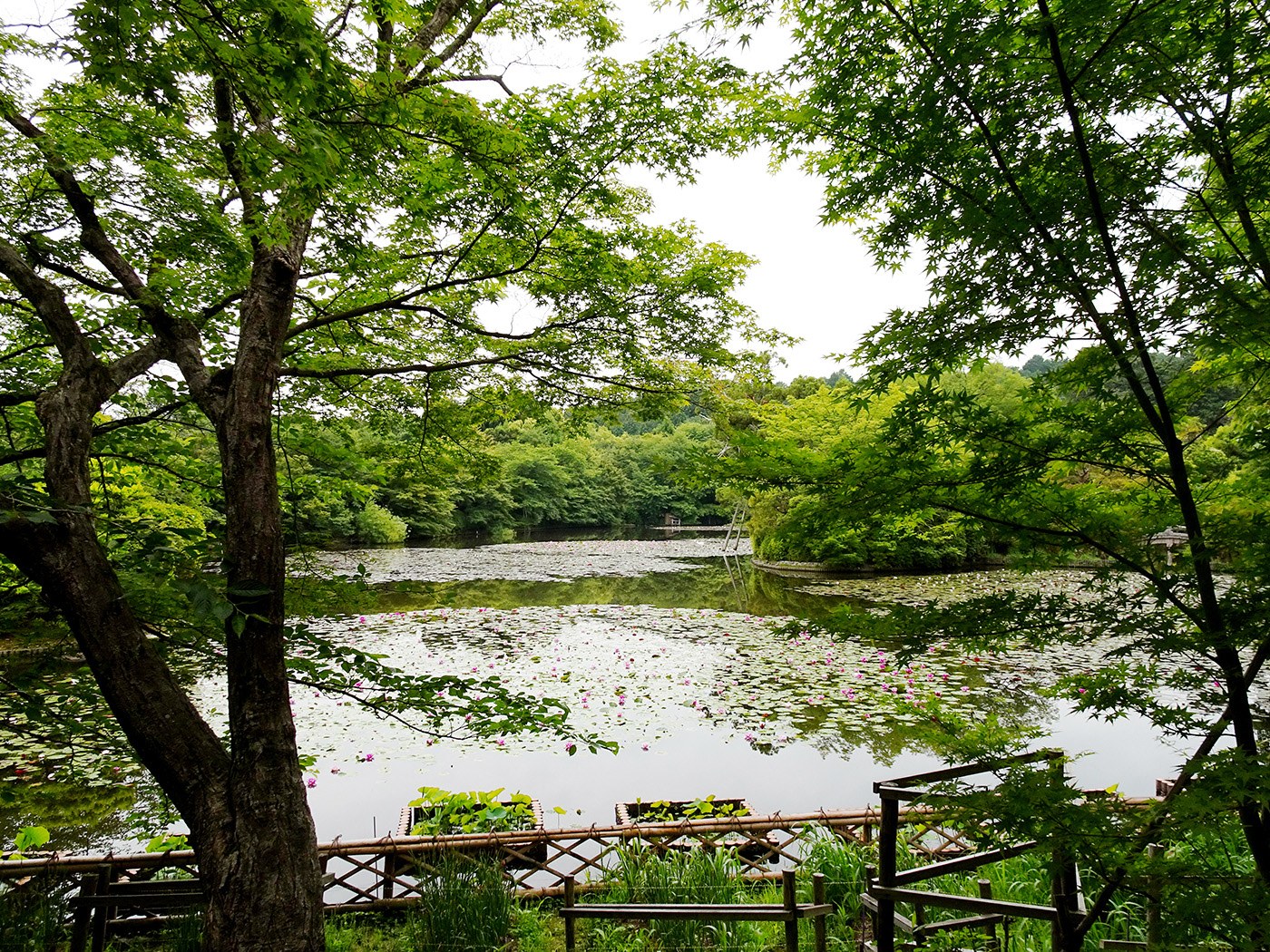 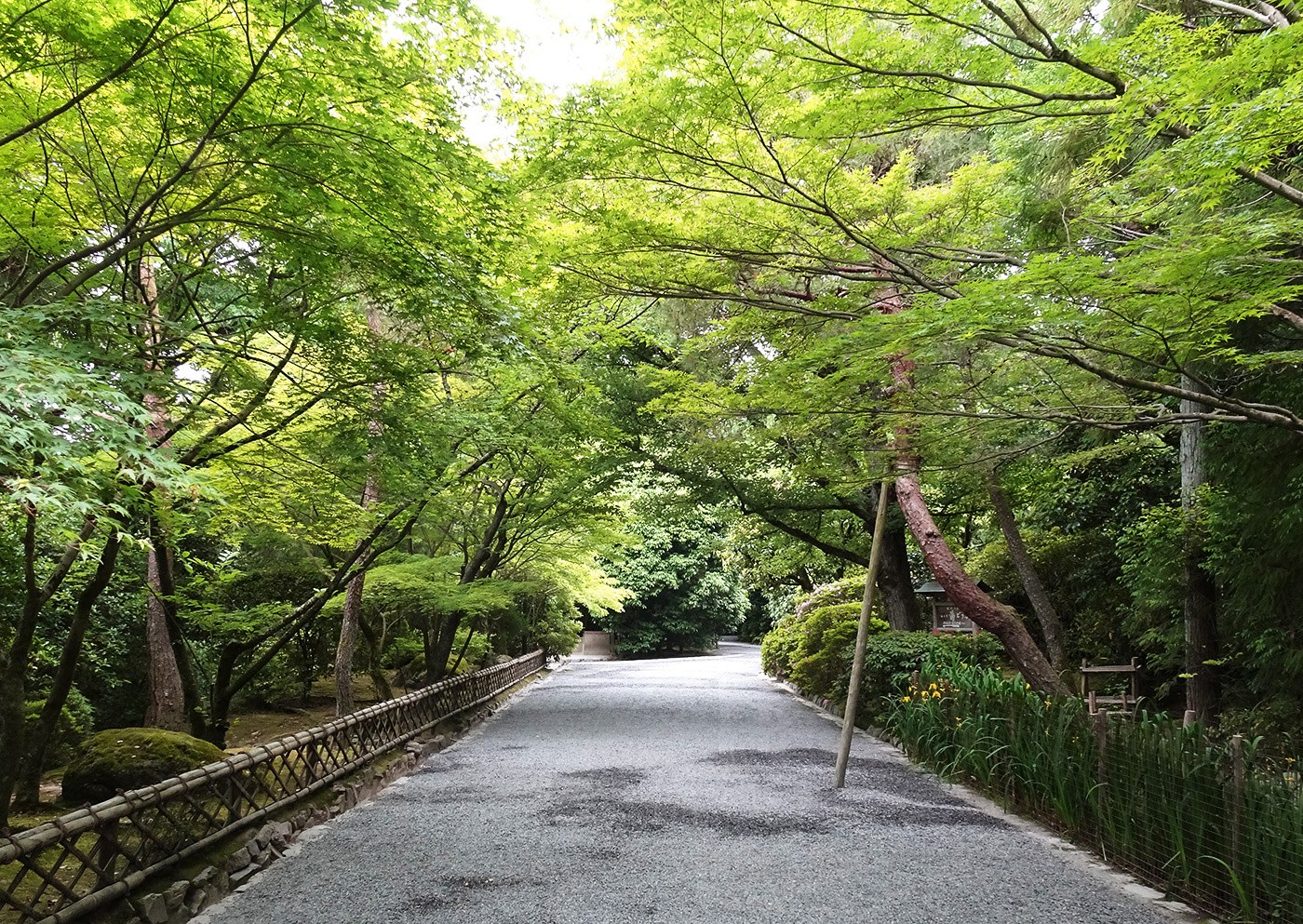 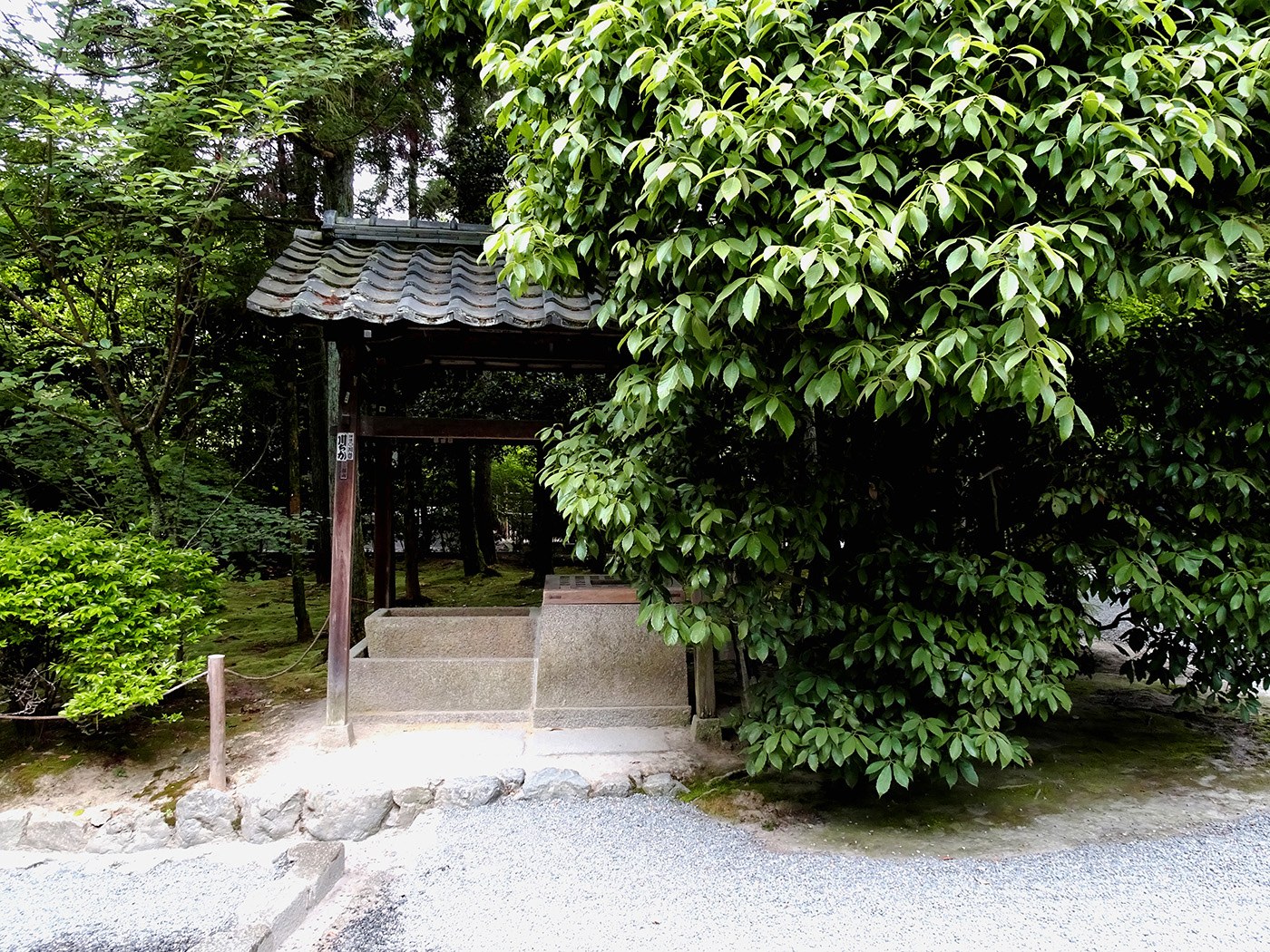 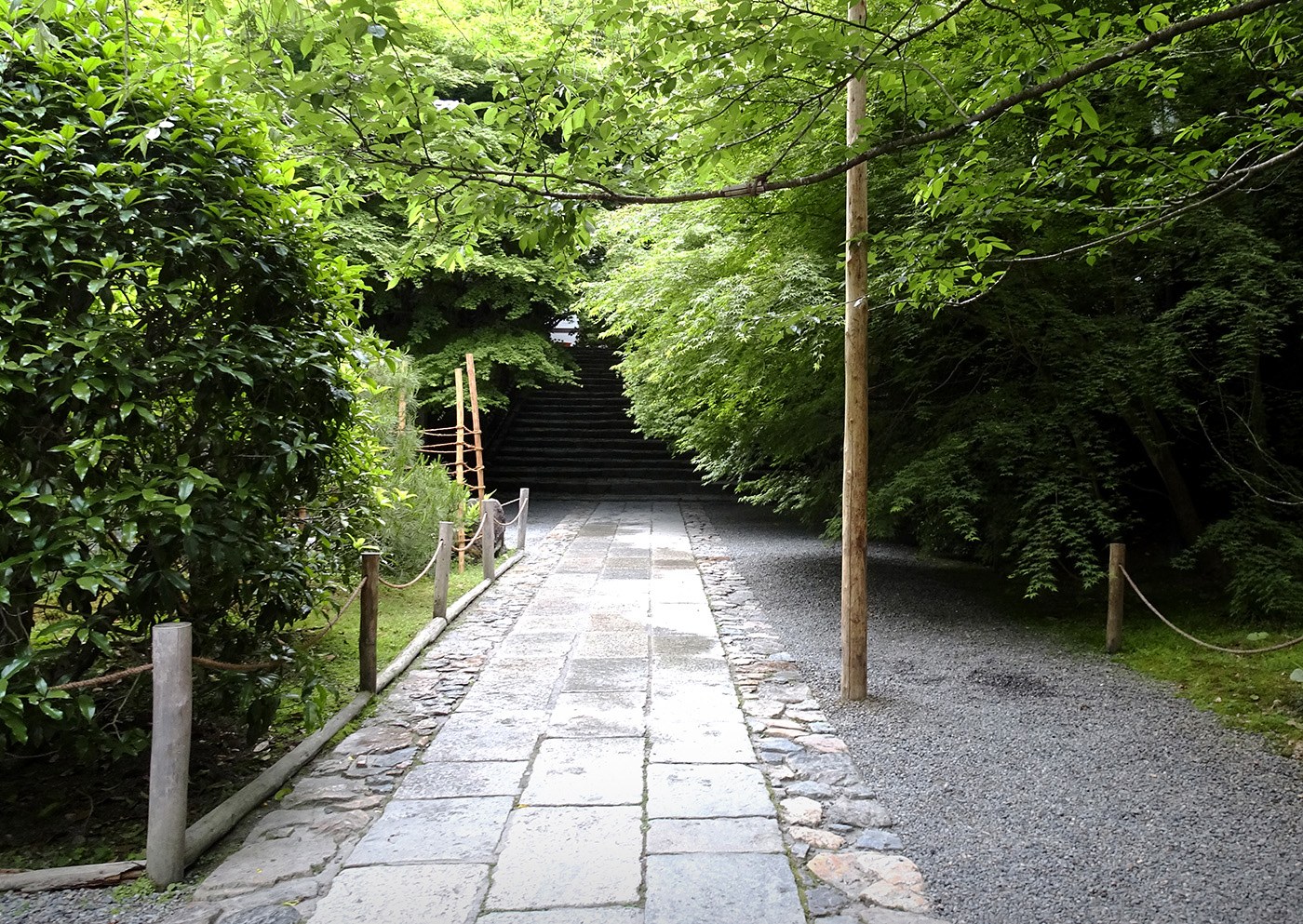 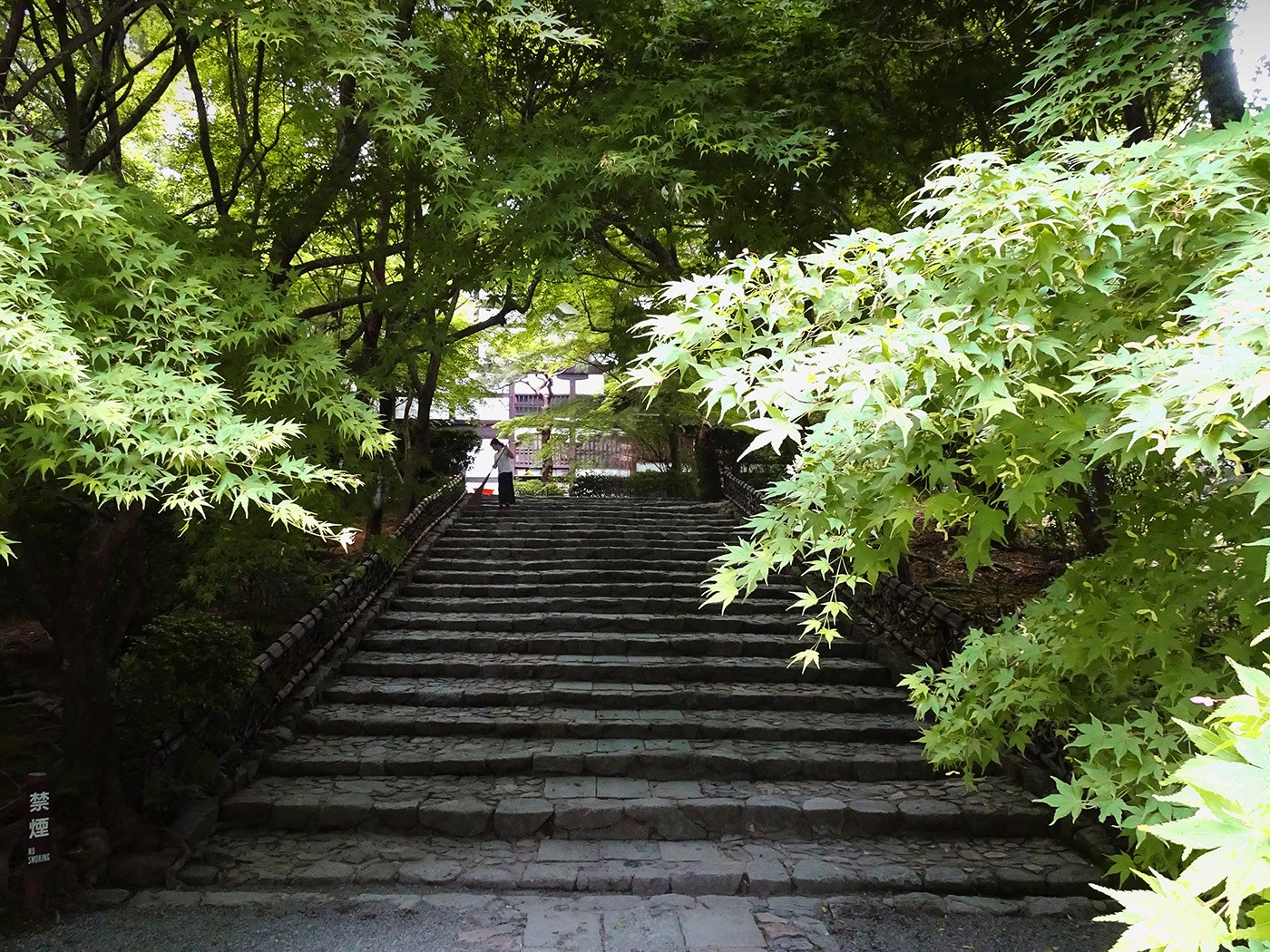 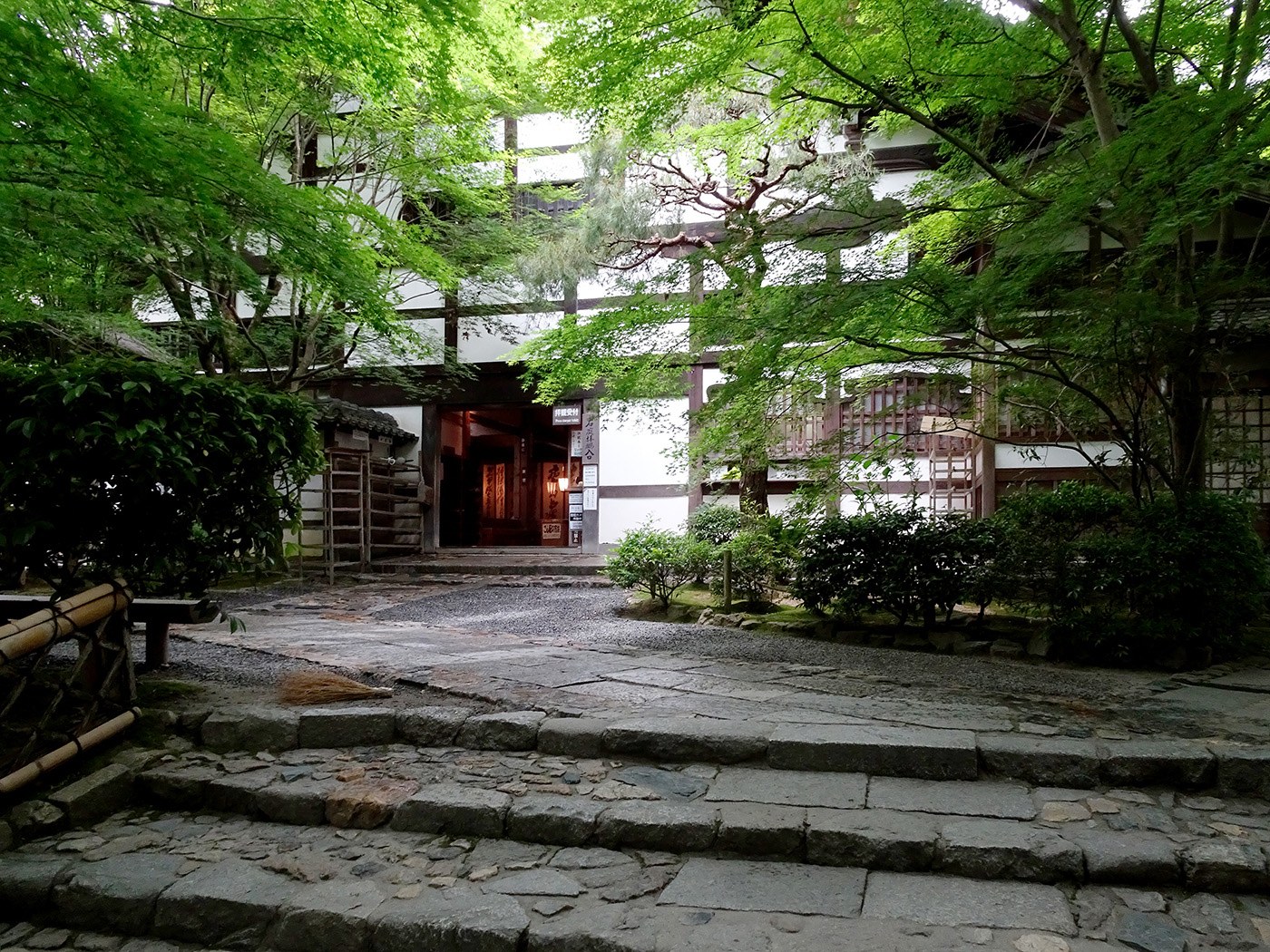 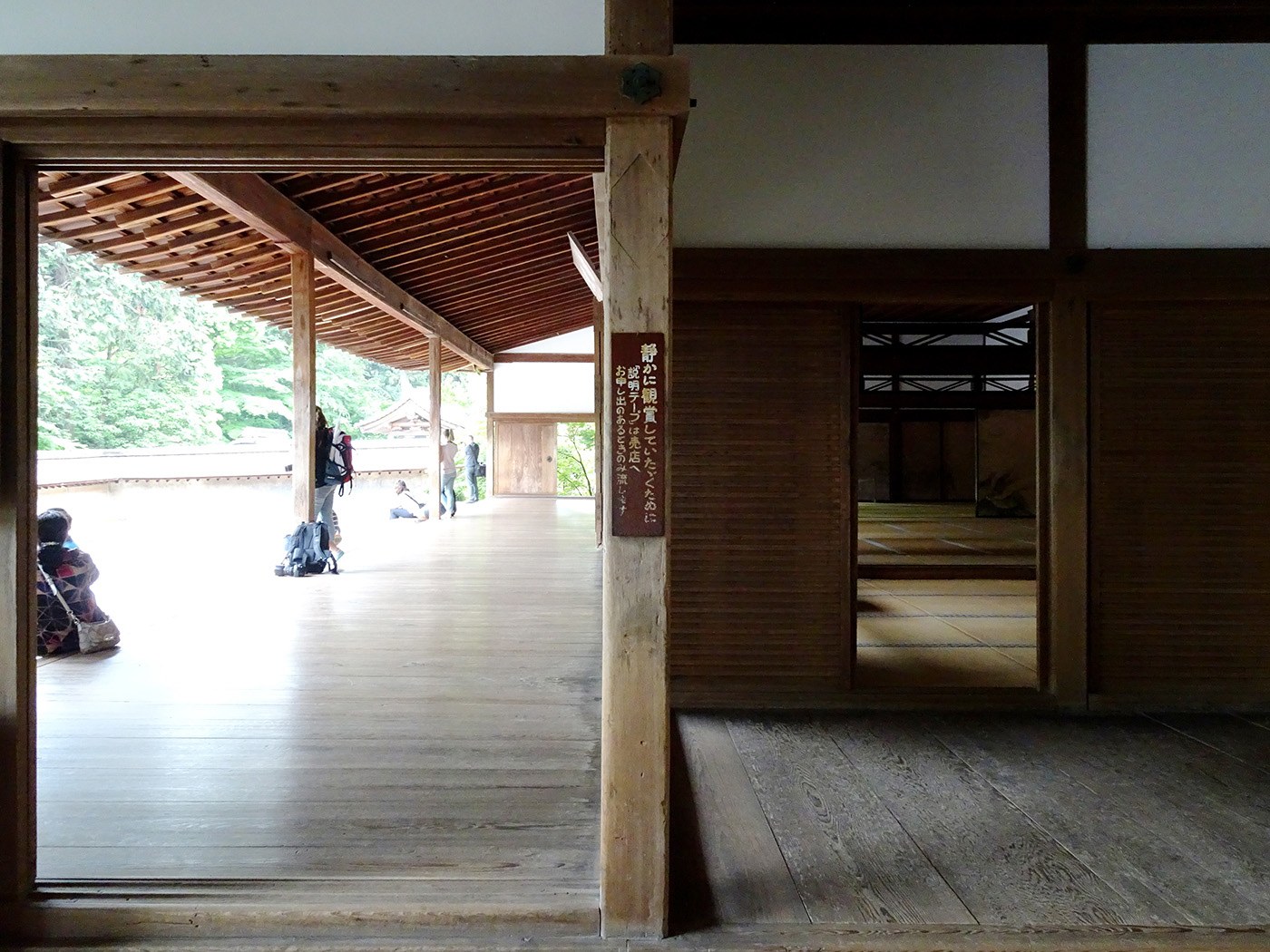 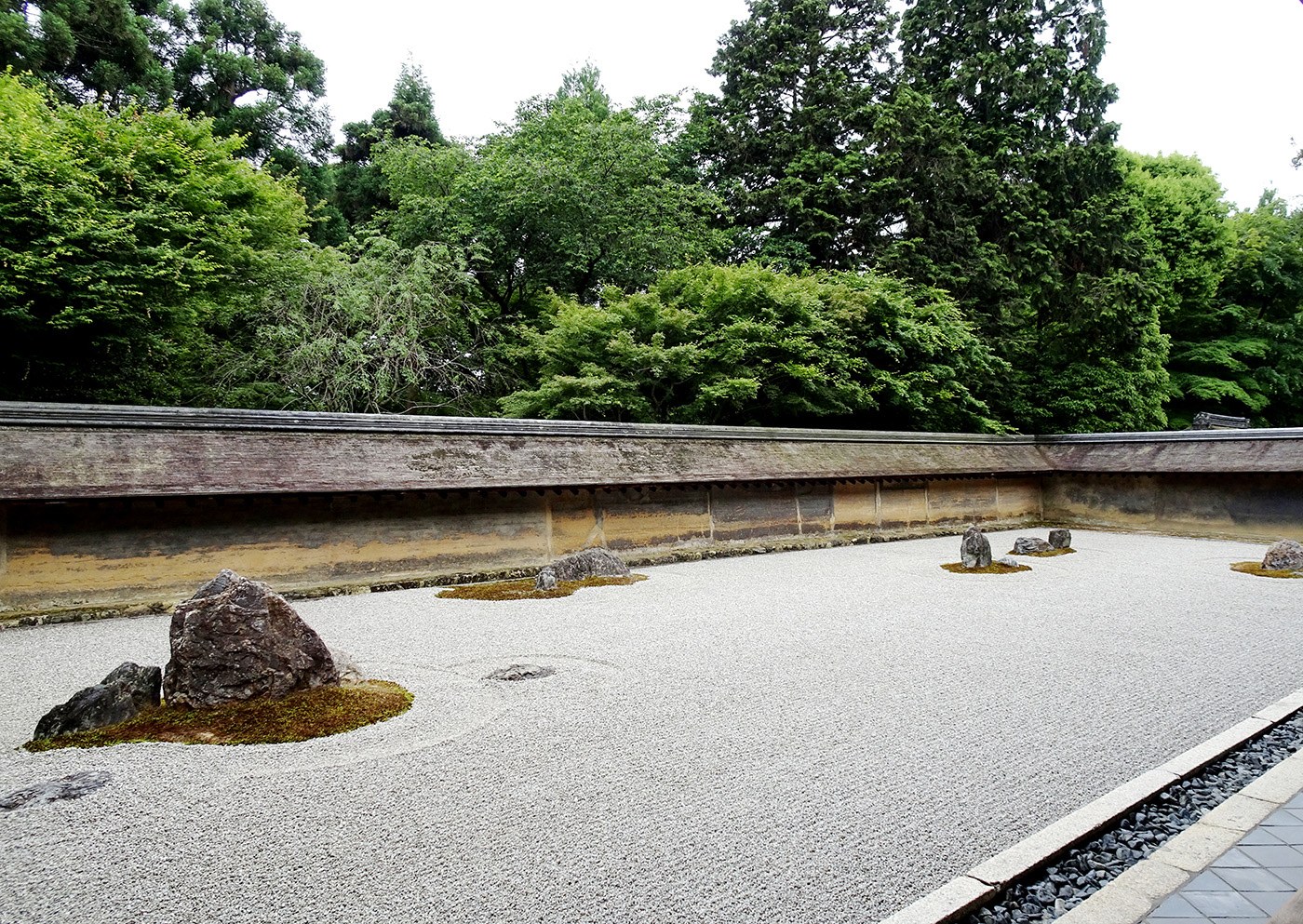 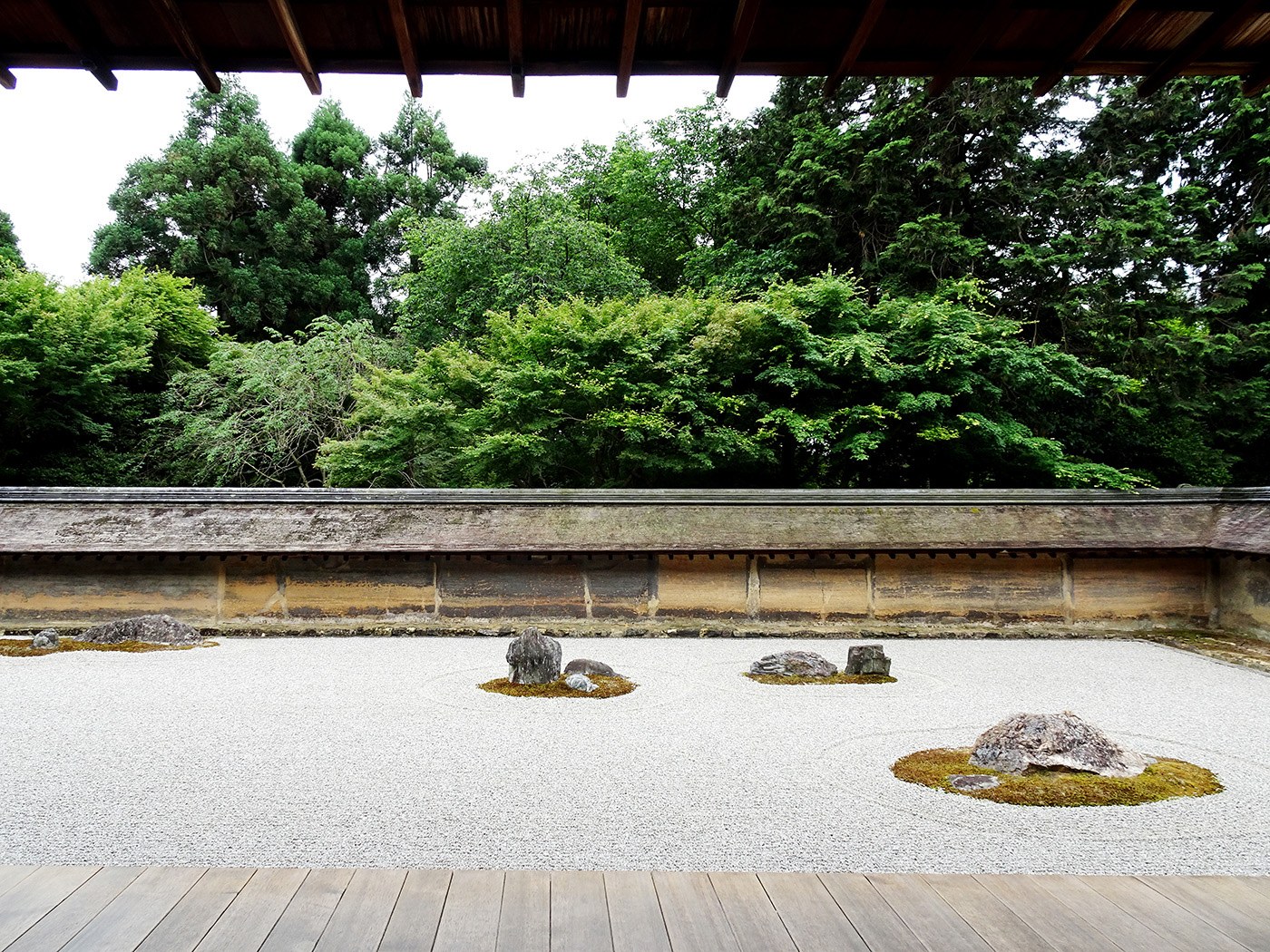 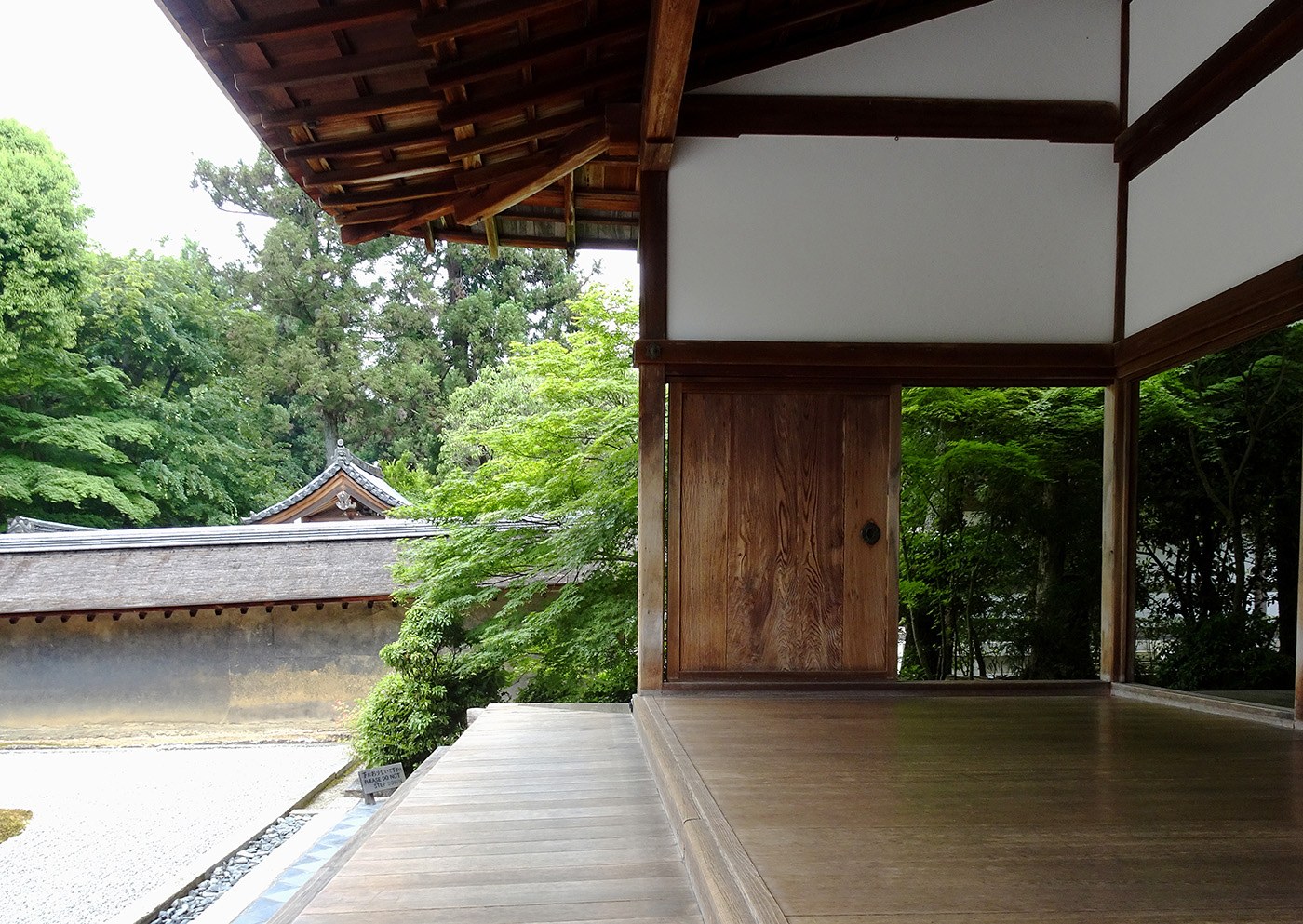 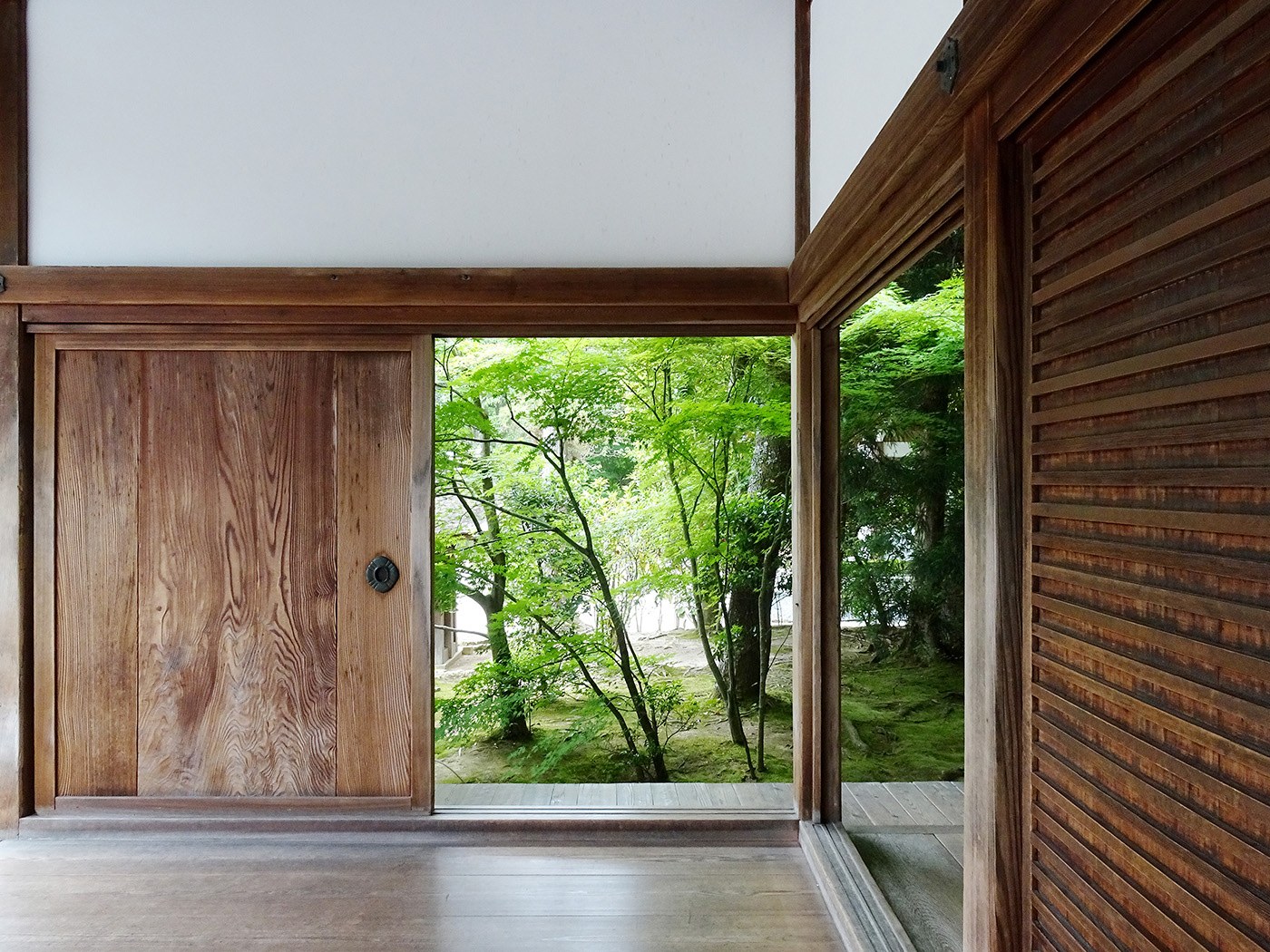 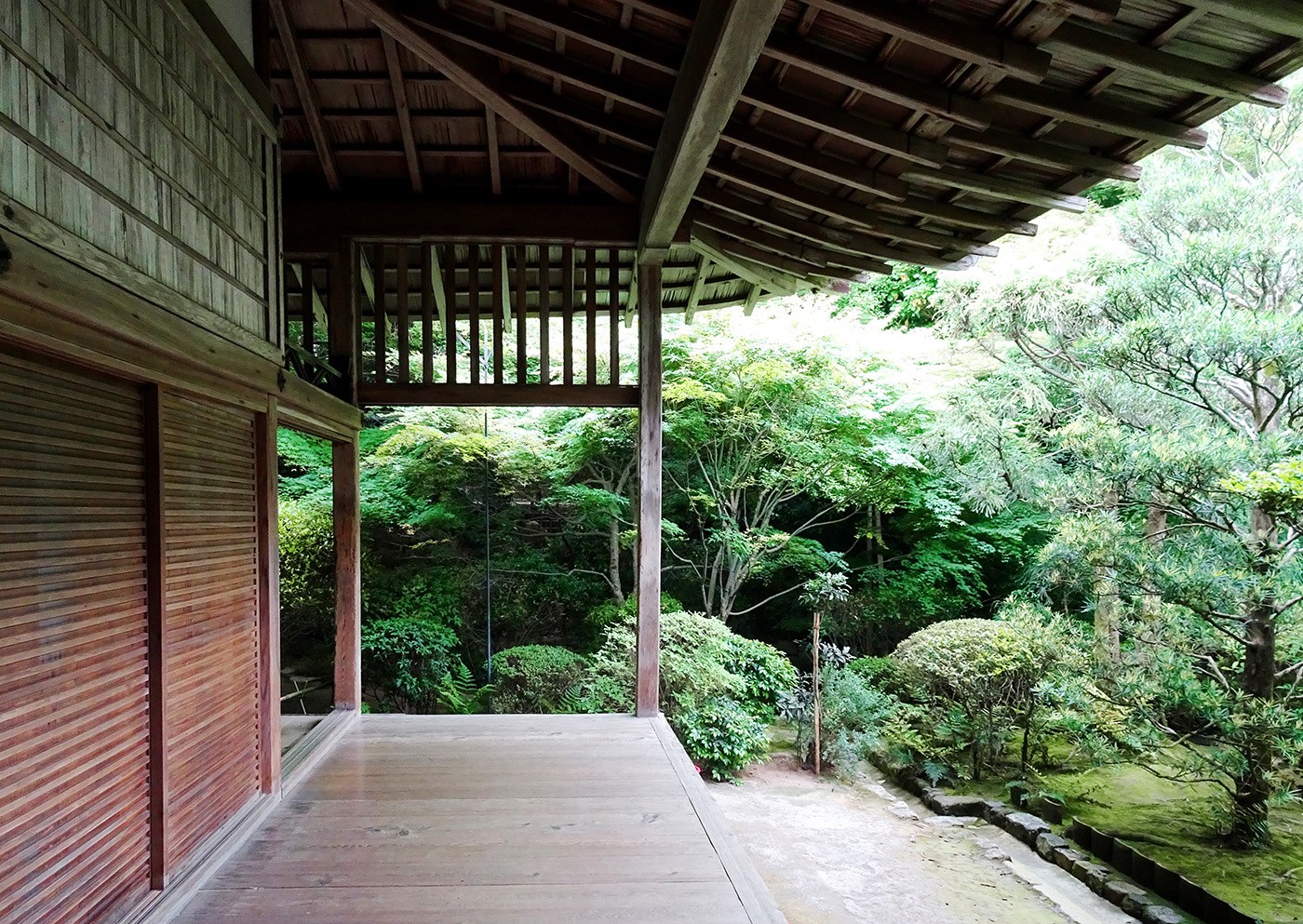 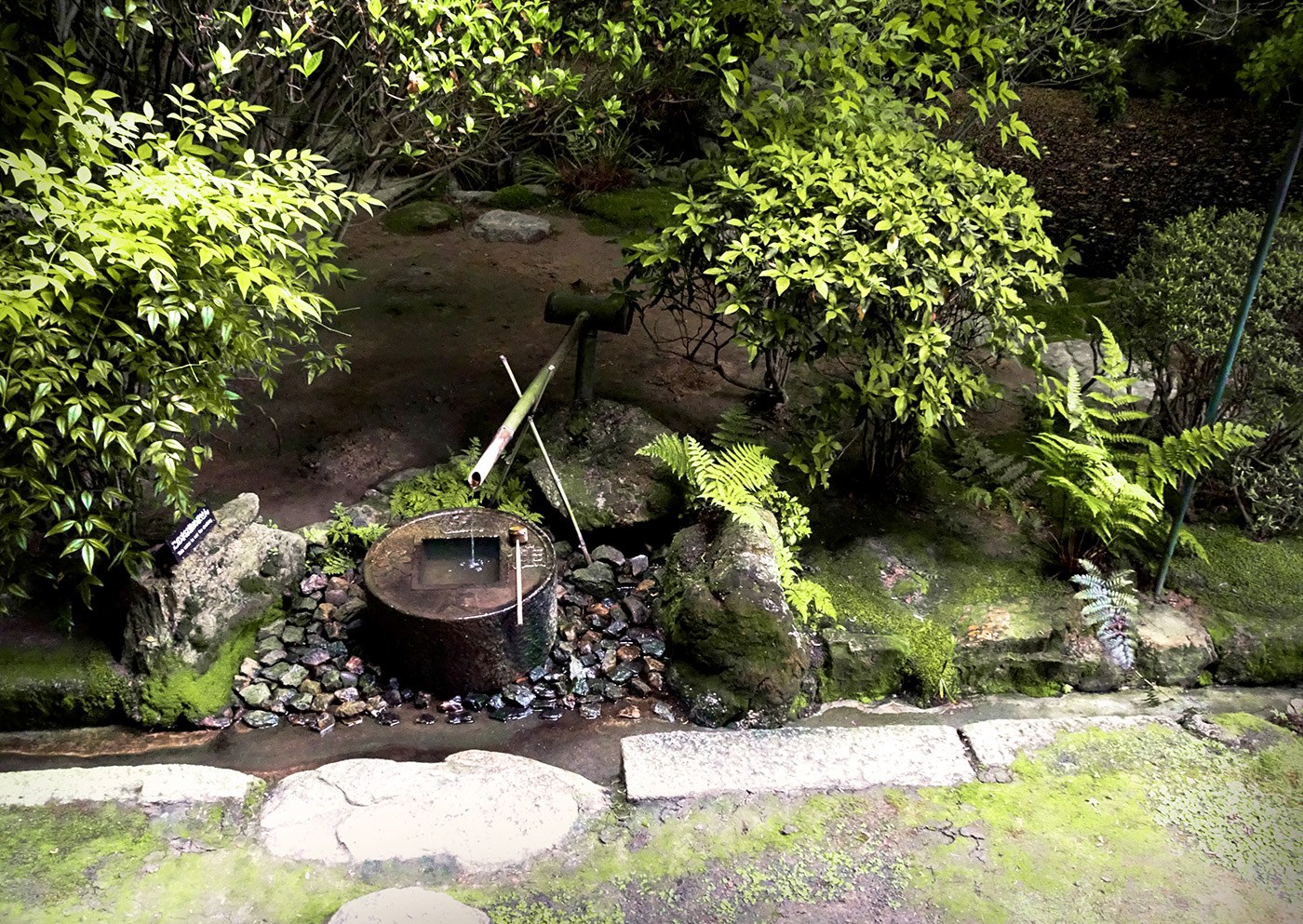 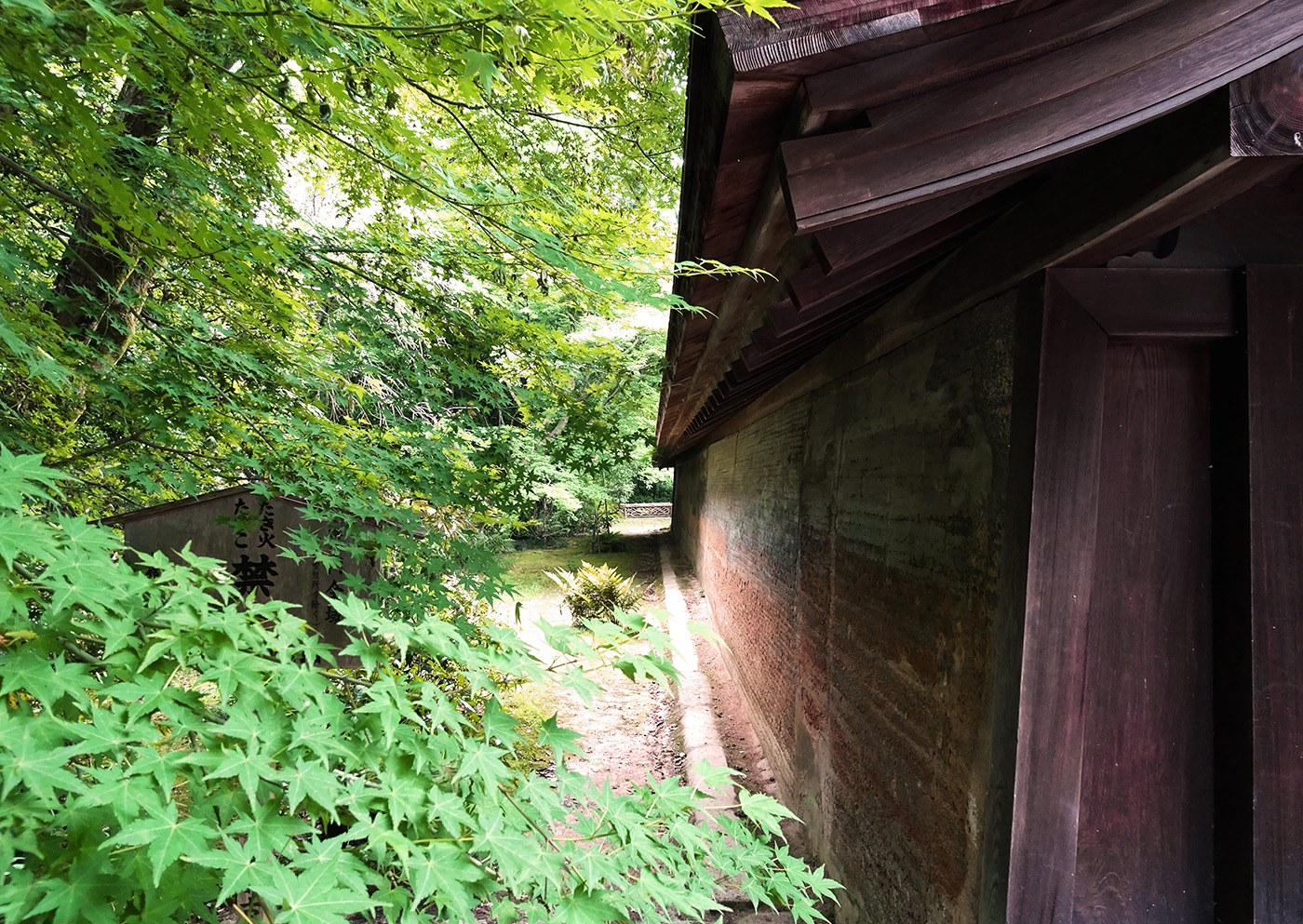 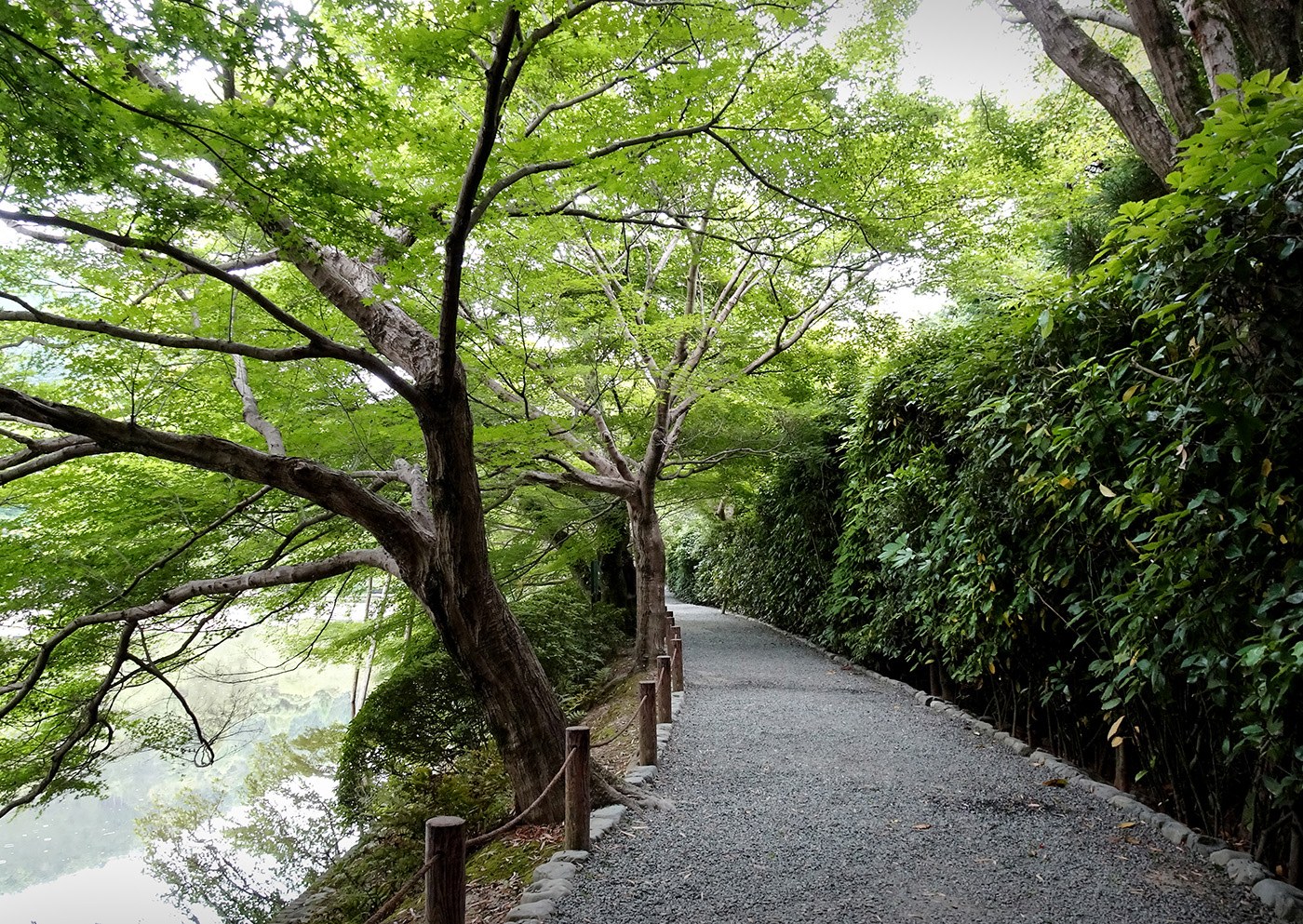 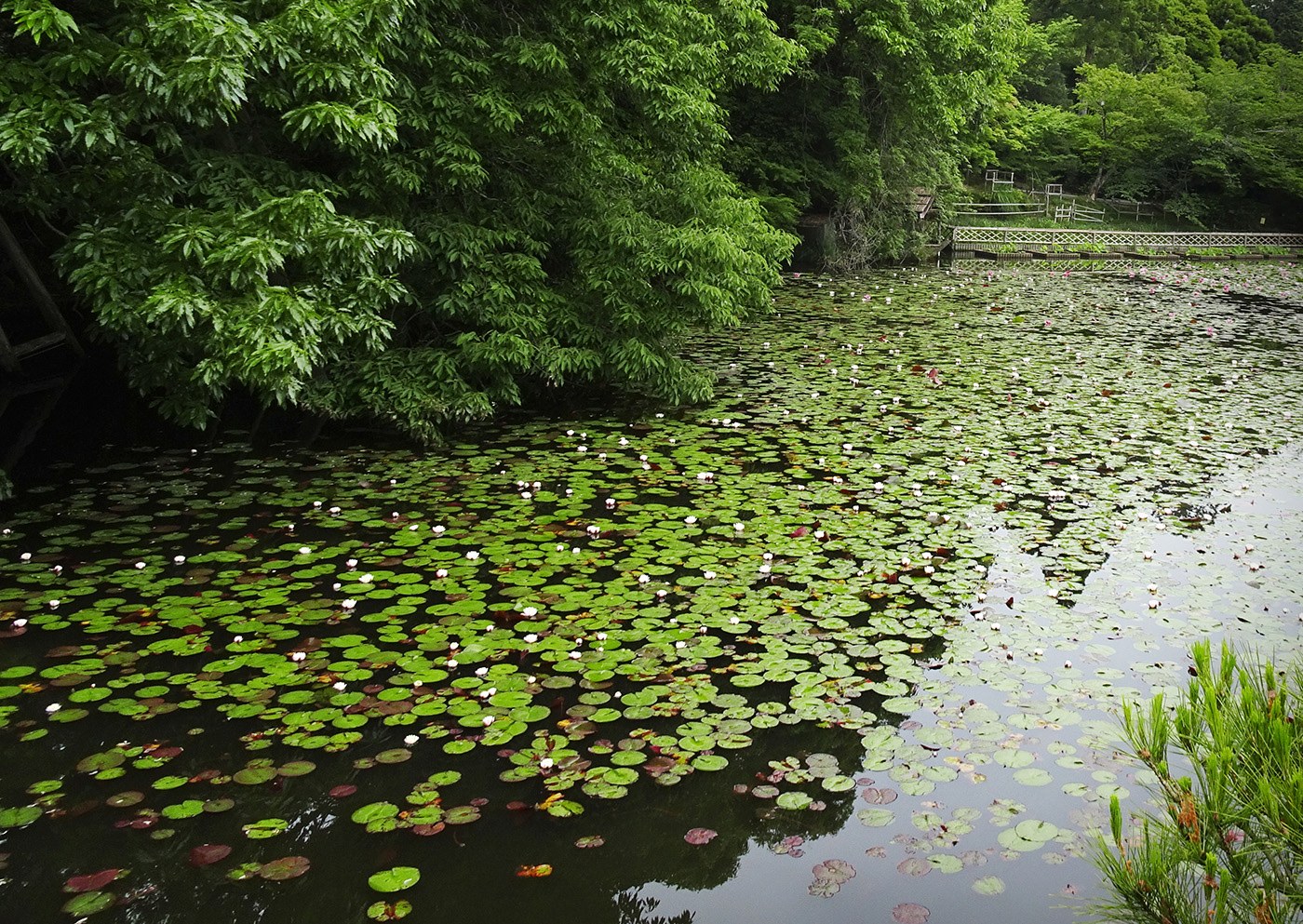 When I arrived in Kyoto and told the ryokan check-in geisha that I was here in search of architecture, she looked blankly at me and suggested a park in the centre of the city. I dutifully went; it had all the appeal of a municipal roundabout and left me despondently wondering why I had just flown six thousand miles.

It was only on leafing through an ersatz book of Japanese Gardens at the Kennin-ji temple shop that I remembered I had wanted to go to Ryoan-ji: Oh of course, there’s that temple.

It opened at eight in the morning on my last morning in Kyoto, and since green tea + jetlag = insomnia, at 8am I was at the ticket desk. I was glad I made it: Ryoan-ji is the most beautiful place I have ever been. It was so controlled a sensory experience it literally stopped me in my tracks several times. The respect was intensified on learning that it was created in the year 1500.

The taxi stops at the roadside, from which a wide stone paved driveway leads up, bending to pass through a timber gateway, protected under a roof. The driveway then curves back to resume its path, with planting either side.

The planting felt quite English. I was told that the Japanese and the English personalities are the most similar of any two countries; I wonder if a similar climate helps. Being an island probably does; and densely populated, so needing rules of etiquette and engagement, surely does.

Walking up the path reflecting on such things, a glimpsed view opens through the planting to a large lake, surrounded by trees under the foothills of Kinugasayama Park. Half the water on the large lake was clear; the rest, magically, covered with waterlilies in bloom, as if Monet’s waterlilies at Naoshima had indeed been set free. You could imagine staring into it for hours. Perhaps that is the most important thing Monet took from the nineteenth-century Japanese frenzy: not his garden or bridge, but the temperament to stop, be still, and to meditate on nature and light.

The sinuous line of the approach continued, with more glimpses of the lake, turning again at the top to left and then right into an enclosed space of low trees set out on a formal grid. Beyond, an immense processional stone stairway ascends into darkness, its destination obscured by the tree cover. This is a common theme of the landscape, and then of the buildings: deflecting and obscuring the destination. Anticipation and surprise are of equal importance to physical paving and walls.

At the top of the stair is an unexpectedly modest, shady area, with, slightly off to the side, the entrance to a building with a low wide gable like a Swiss cow byre. Inside, shoes removed and placed in ancient timber racks, a tall passage to the side, an opening to a wooden veranda, and there, revealed obliquely, the famous gravel garden.

The walled garden has its back to the mountain, with the veranda – engawa – looking south. It is about 25 x 10m; surprisingly small. The fifteen rocks, grouped 5:3:3:2:2, are located within the space so that they can never be seen together. They speak of the mountains behind without you having to be told. The surrounding wall was made, if translation in the guidebook can be relied on, by boiling clay in oil, its patina as much part of the landscape as the rocks.

A central cherry tree beyond, though not in bloom in May, marks time in the otherwise still and timeless space, a space the size of a municipal swimming pool, in which all of culture, man’s civility, beauty, is laid out.

The steps of the engawa are perfectly set out: one step down signifies the area for sitting rather than walking, then a large step so sit on, and a lower stone step to keep your feet off the sacred ground. Overhead, the line of the roof steps up as the floor steps down, seeming as light as the foliage above. It is such subtleties, marks of consideration, which perhaps most astound. And we think we progress.

The route returns around the far side of the waterlily lake, always with views framed through foliage. Thinking of the landscape at Stourhead back home, on cue it rained. I don’t know if rain flattens the raked gravel patterns. I guess cats would be a problem.

So as the rain came, I left Kyoto, a different place to the one I had arrived in. Life is a state of mind. Like places, buildings are experienced through our senses, and live in our heads as much as they do in the physical world.

The photos do not show the eight coach-loads of school children snapping at my heels all the way round. I will admit to wishing their school day started a little later.