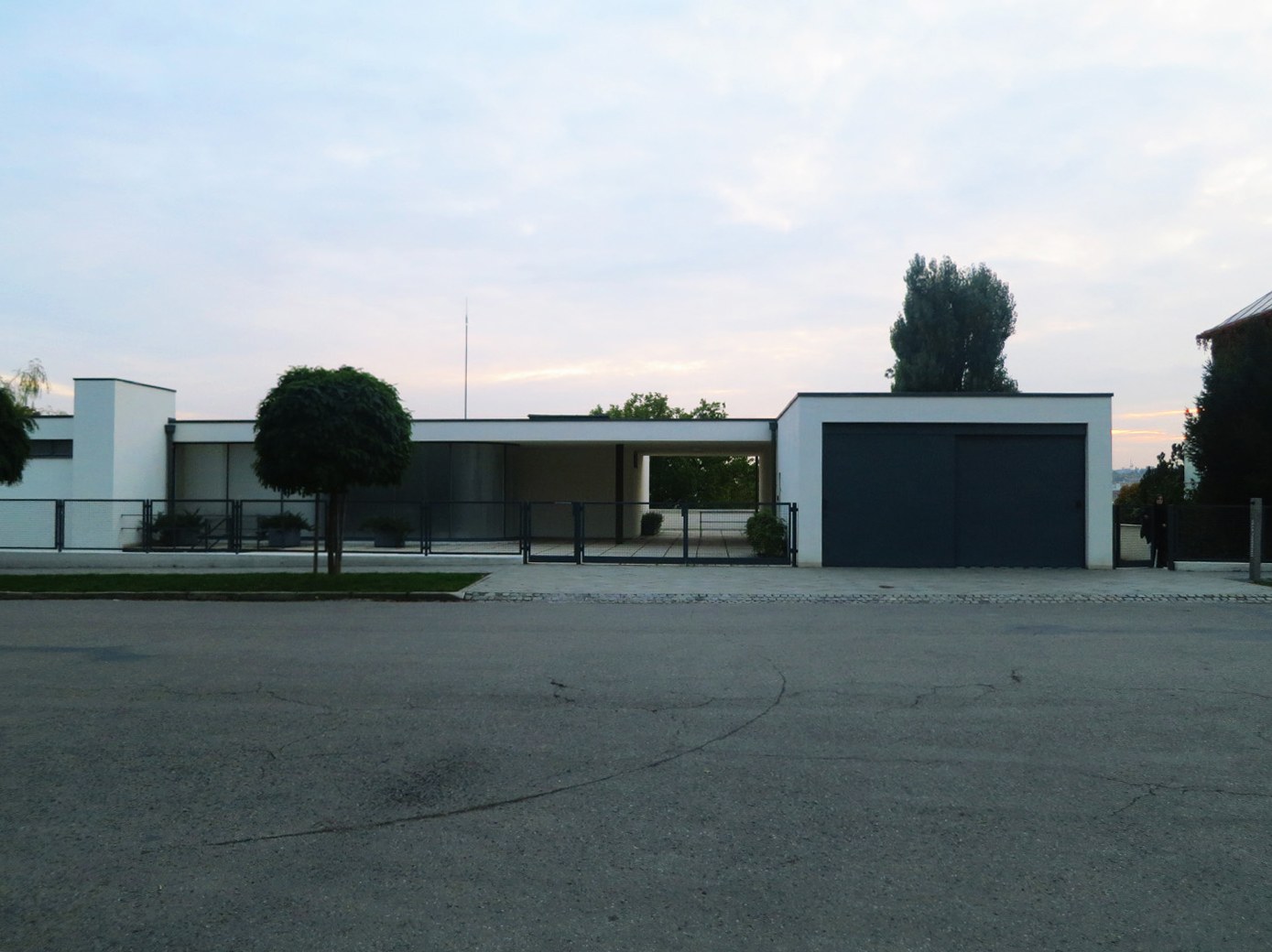 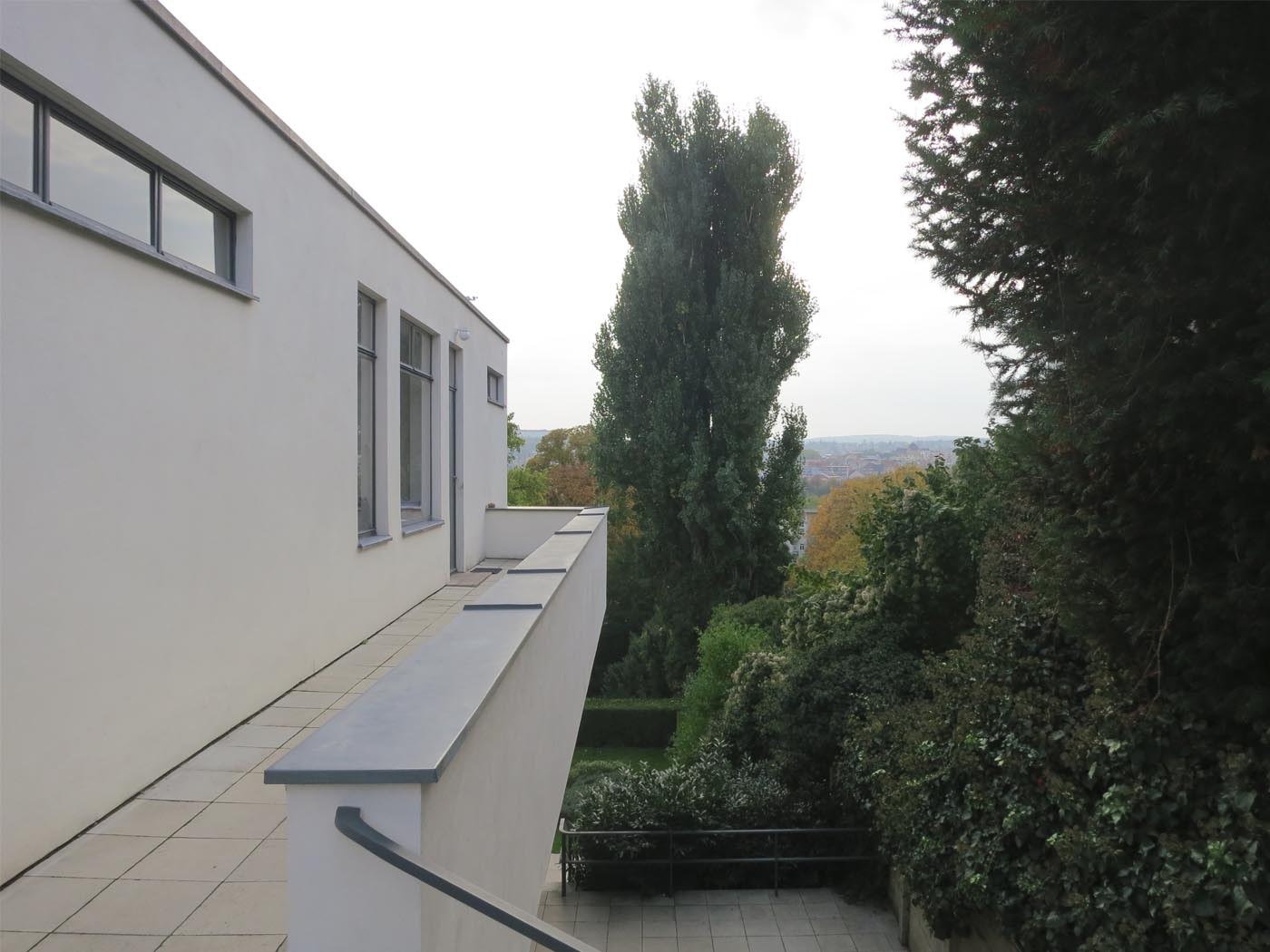 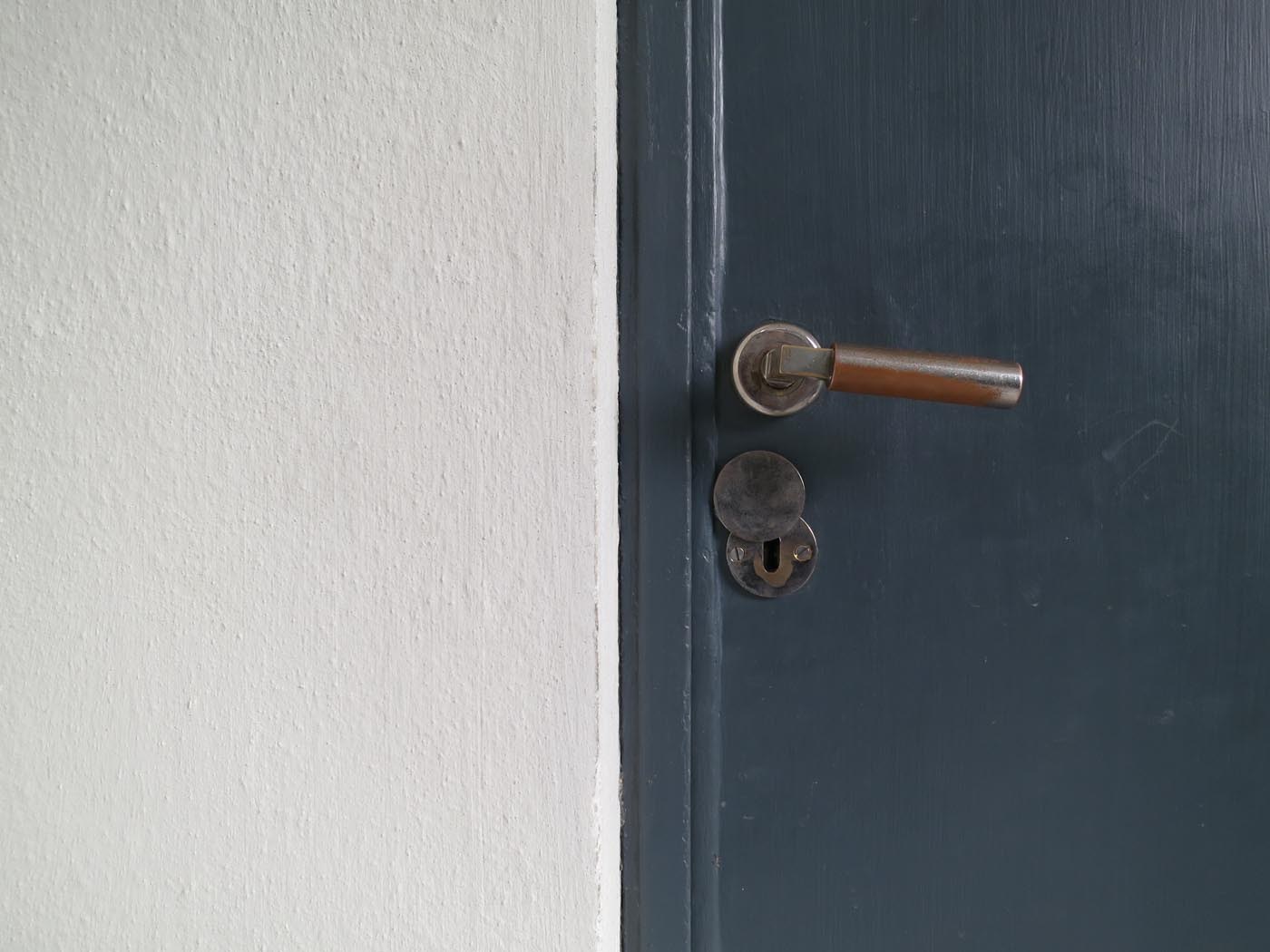 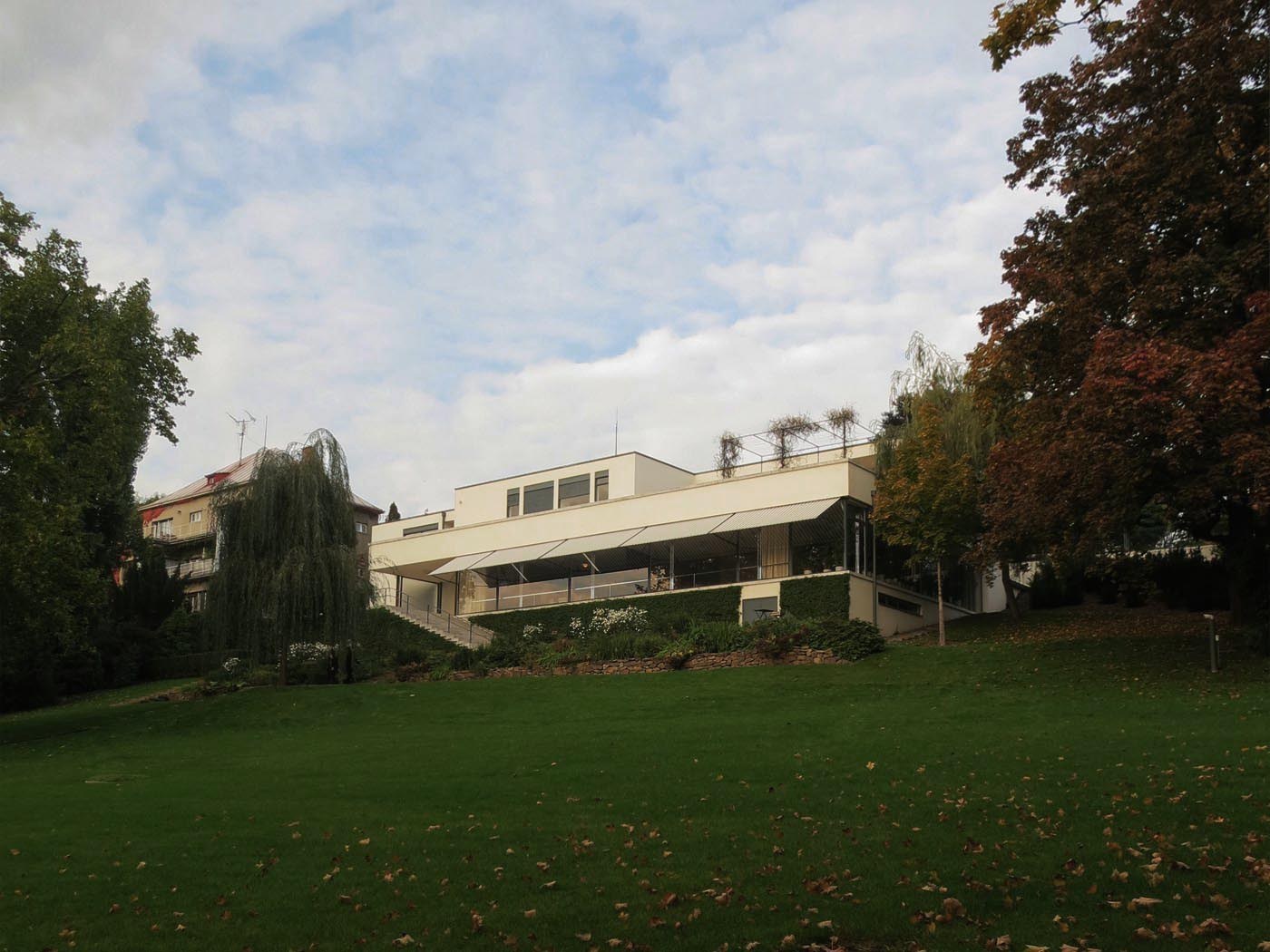 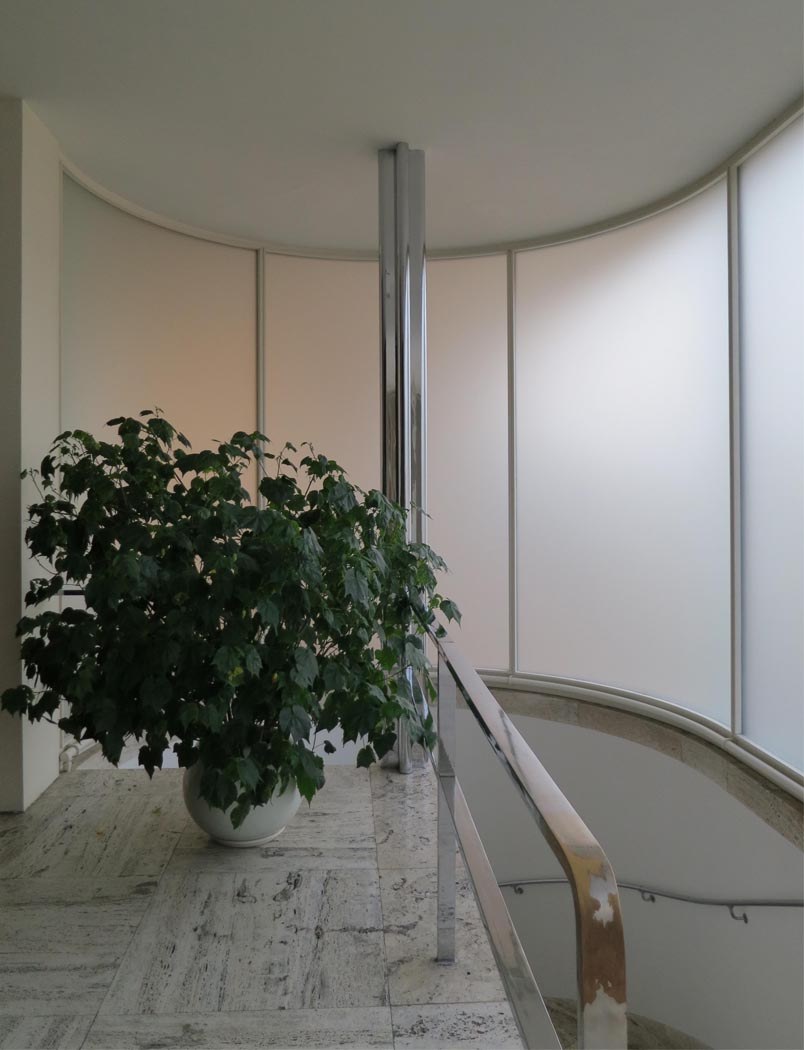 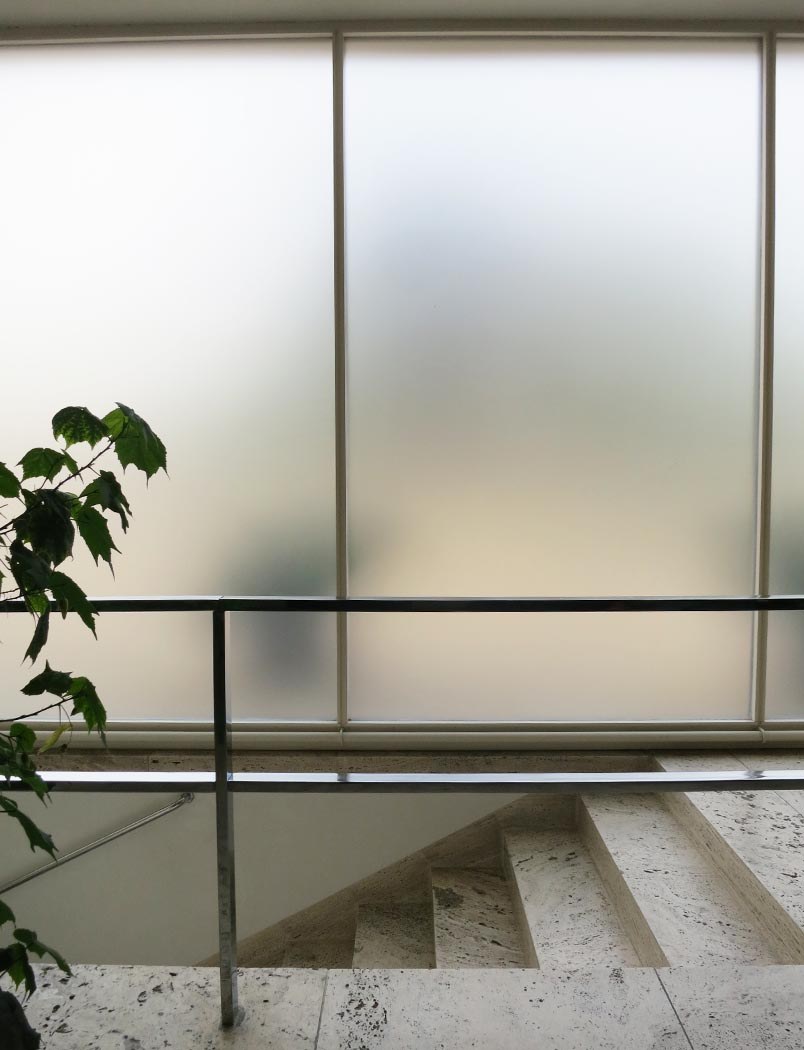 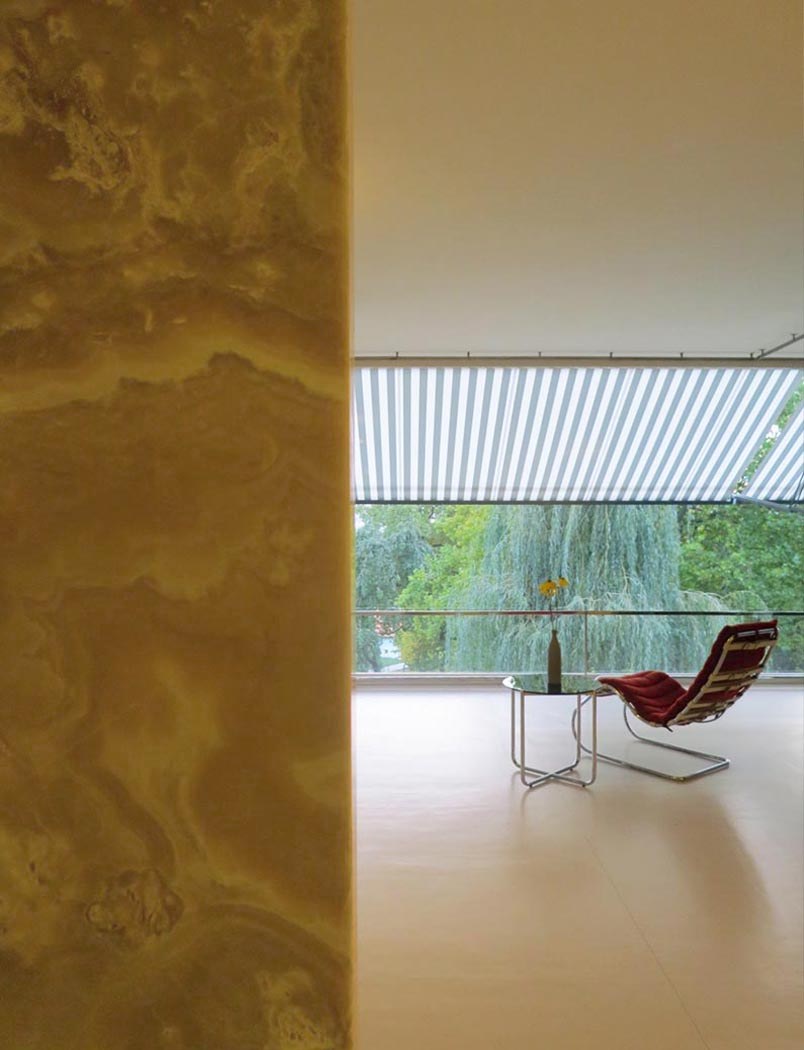 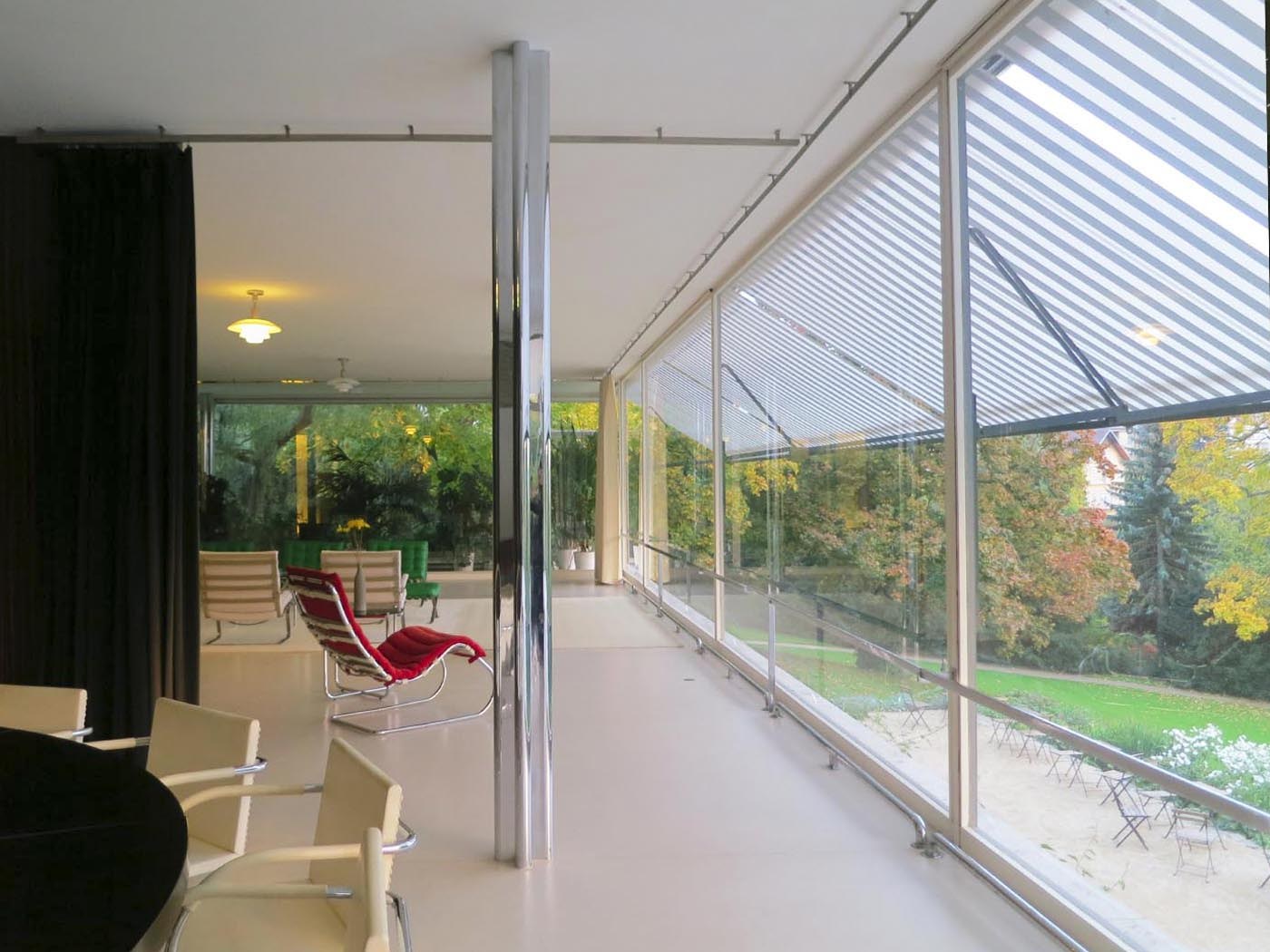 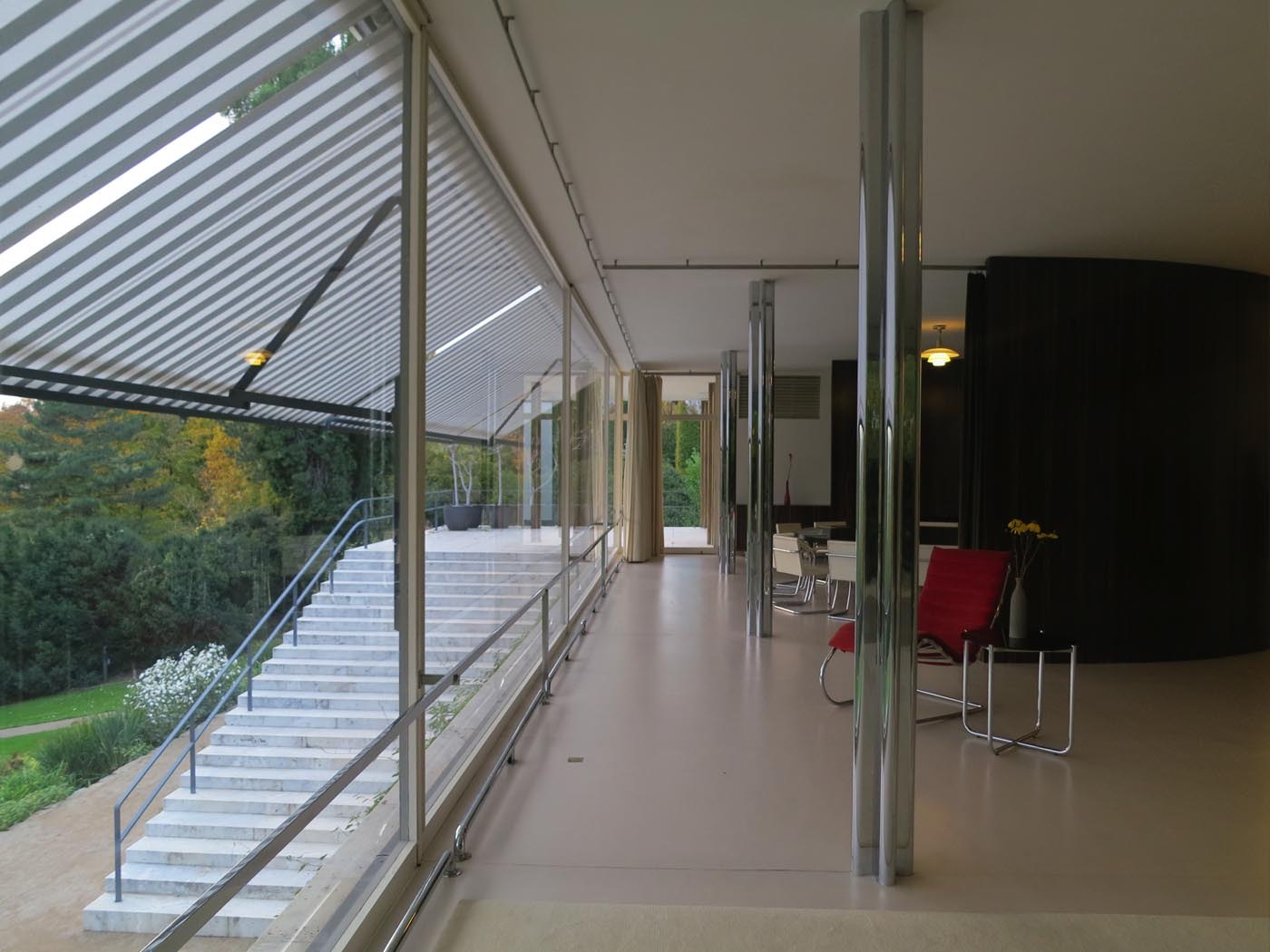 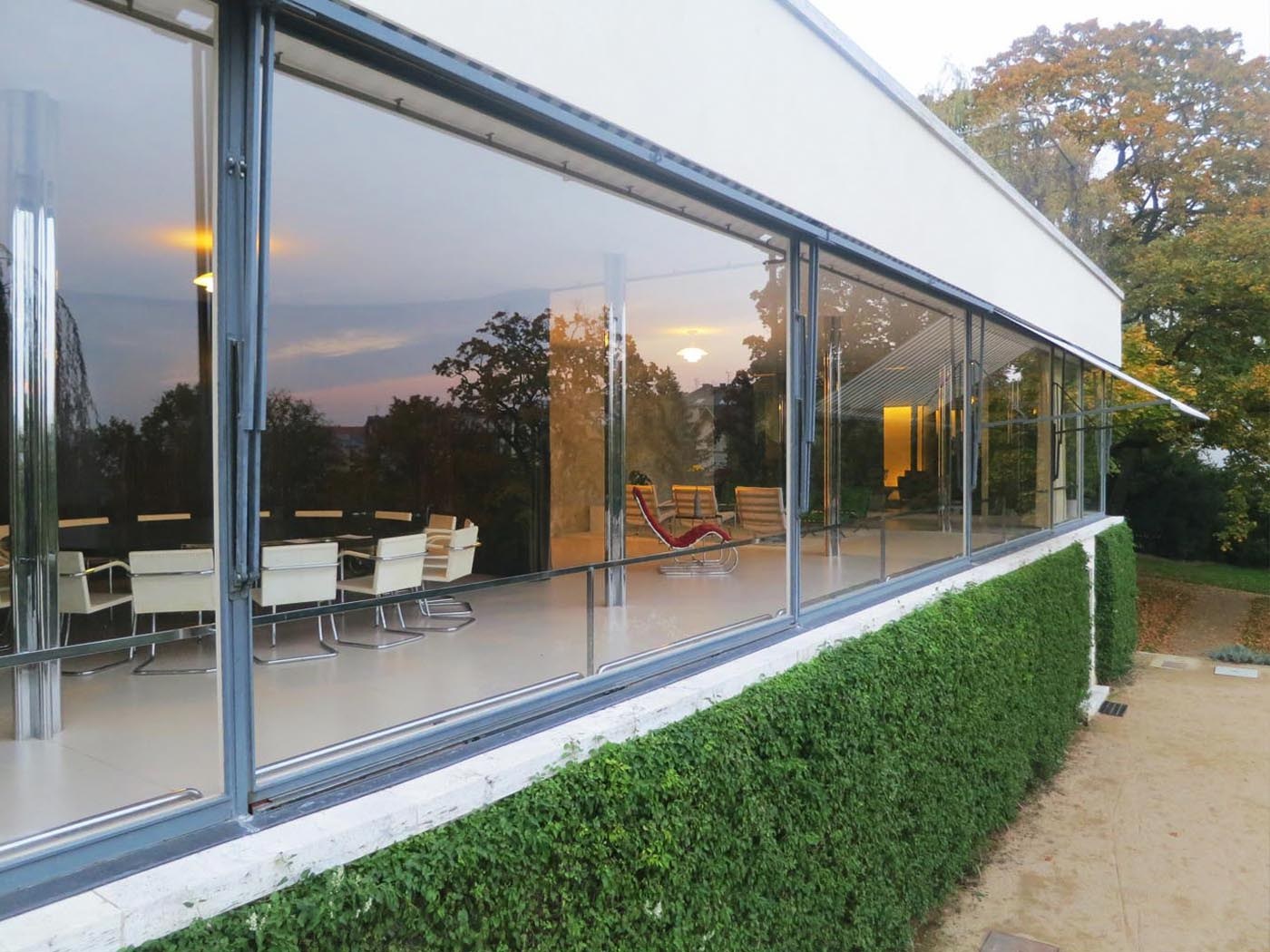 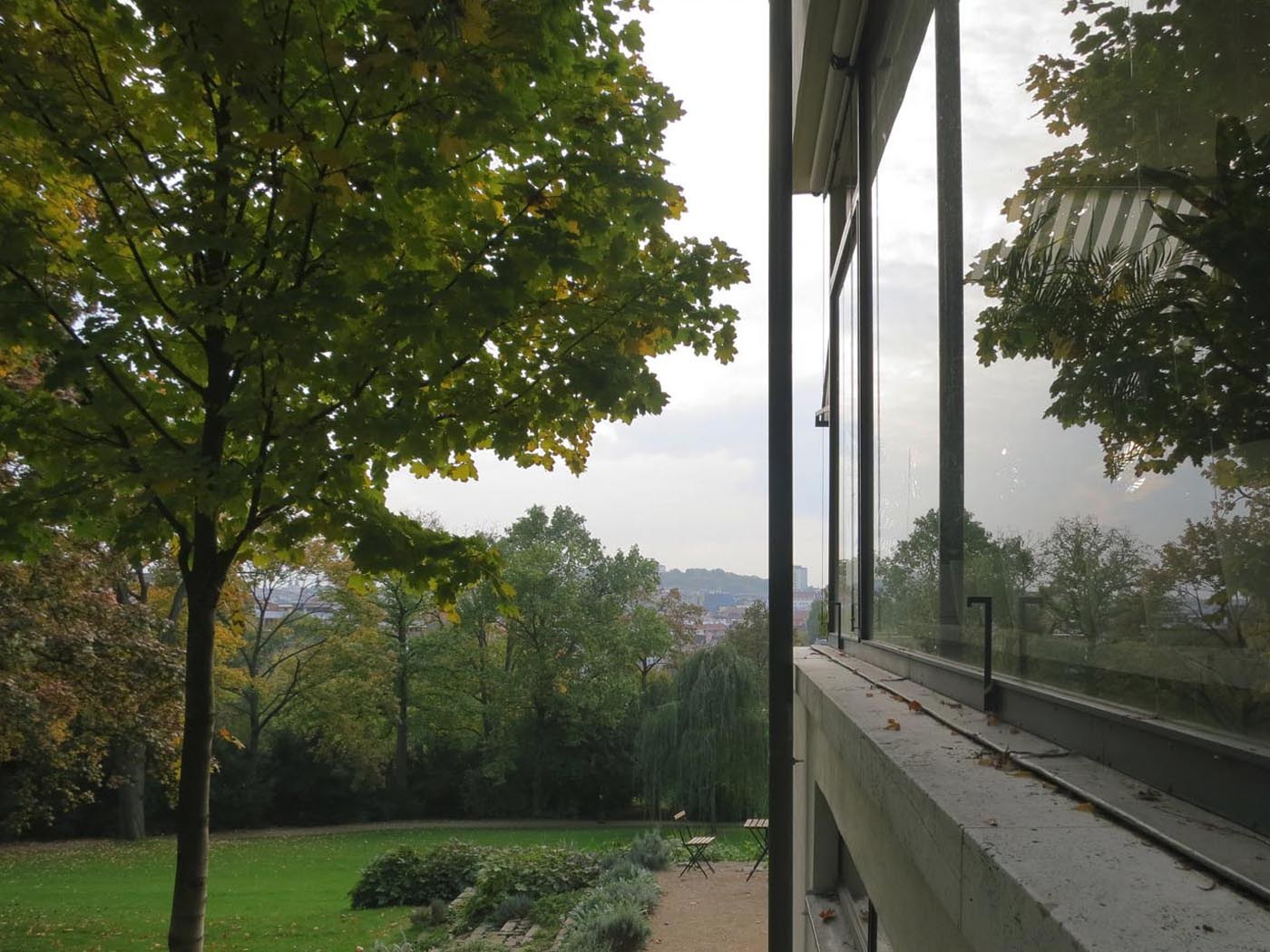 To be truly modern first you must understand the past

I expected a thin, cold, hard-edged house, with its rooms hovering over the valley beyond and walls of glass that electrically disappear into the ground, and as the first house ever to be built with a steel frame. But the revelation on walking around the Villa Tugendhat in Brno in the Czech Republic (Ludwig Mies van der Rohe,1929), was of its soft tactility, the heft and weight it conferred, and its scale.

The street front is low, quiet, and sets the theme of openness by allowing the passer-by a framed view through an opening to the hills beyond, as if to say this house is not here. It mocks the prissiness and formality of its uptight neighbours, its veil of etched glass to the hall rendering obsolete their net curtains.

The tautly crisp planes of photographs were in fact soft limed-white render, the metal window frames washed in oil paint, their sills in beaten lead with the Do Not Touch tactility of a Hepworth sculpture. The finishes were recently painstaking restored to their original state (I can attest; I sat through a painstaking lecture on the restoration). The cruciform columns of the steel frame in the main rooms are wrapped in polished chrome, outside in dulled brass, in the service areas white plaster.

The monumental steps leading down from the main floor to the terrace below are each in solid blocks of Travertine stone, as are the sills of the glass wall of windows. The terrace is laid in fine gravel as it would be if at a villa looking over Siena.

All of which gave it a weight that seemed to tie the house closer to the sixteenth century than to its modern white-box rip-offs (and how they are just rip-offs, 85 years later and still catching up). It felt not a break with the past but a continuum in the history of villa architecture, from ancient Rome to Renaissance Italy onwards, as a building from which to enjoy landscape.

Through its expansive space and materiality the villa firmly, effectively, establishes its owners’ wealth, without need for a pediment and coat of arms. It was nonetheless odd that the allusions and references that came to mind walking around so modern a house were classical – Palladio and Renaissance Italy. This no doubt reflects Mies’s early works, classically-inspired houses in and around Berlin. The Villa Tugendhat displays a classical repose that stayed with him.

Is it this transcendence of time that made the house the choice for a novel? Just as the Villa Necchi Campiglio in Milan is protagonist of the film I Am Love, the Villa Tugendhat plays the lead in Simon Mawer’s 2009 novel The Glass Room, its protagonists delighting in the new type of space their house afforded.

Inside, it was a relief to find that is was not, to my mind, perfect (as probably Mies’s Barcelona Pavilion, of the same date, is). The main living room, the Glass Room of Simon Mawer’s title, felt just too large. The library at the back was too far even from the low autumn light, and its portentous desk seemed designed for signing treaties not thank-you cards. The curved dining space in its macassar arc felt oversized: the vast table was set for 20 in preparation for a bald Bond villain stroking a white Persian cat. You would need a mic and earpiece to hear the person opposite, but a table for six would have been dwarfed by the space. And there was nowhere to curl up with a book, surely a prerequisite for any house.

But the space is incredible, the more astonishing for being the best part of a century old. I enjoyed the eastern winter garden, the equivalent of a Paxton greenhouse, its plants shading, reflecting and colouring the light at this end of the glass room, and providing a psychological buffer to the town beyond. The retracted glass walls have the effect of turning the room into another terrace; there is then a modesty and democracy about the space, as if it were there for any of us to capture (admittedly undermined by the extravagant and astonishingly beautiful wall of onyx separating the library).

There is also a peculiar democracy about the commissioning of a great house, apparently so elite an endeavour. Greta and Ernst Tugendhat (as their fictional counterparts Viktor and Liesel Landauer) lived in the house for only ten years or so, before fleeing to Switzerland and later Venezuela, never living in the house again. As with other great houses of twentieth century architecture (the Villa Savoie, the Villa Necchi, the Maison Louis Carré), the owners, whose vision and guts bring them into being, live in them only for a short period, or at most for one generation, before the house falls into disrepair and rescue by the state, to be opened as a museum.

But by then their name will live on, not in the business that made the fortune that built it, no less fickle, but in the name of their brave villa.