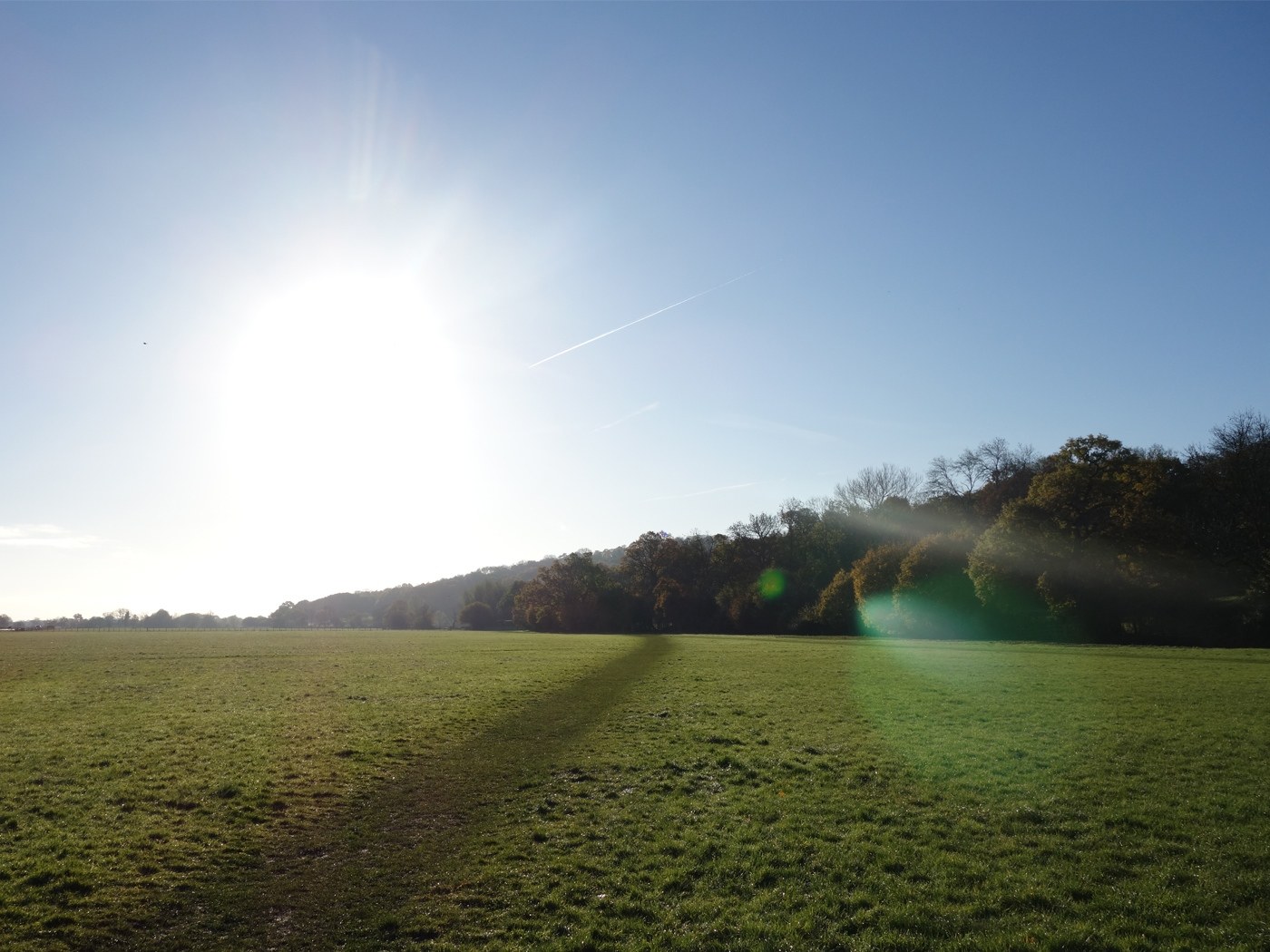 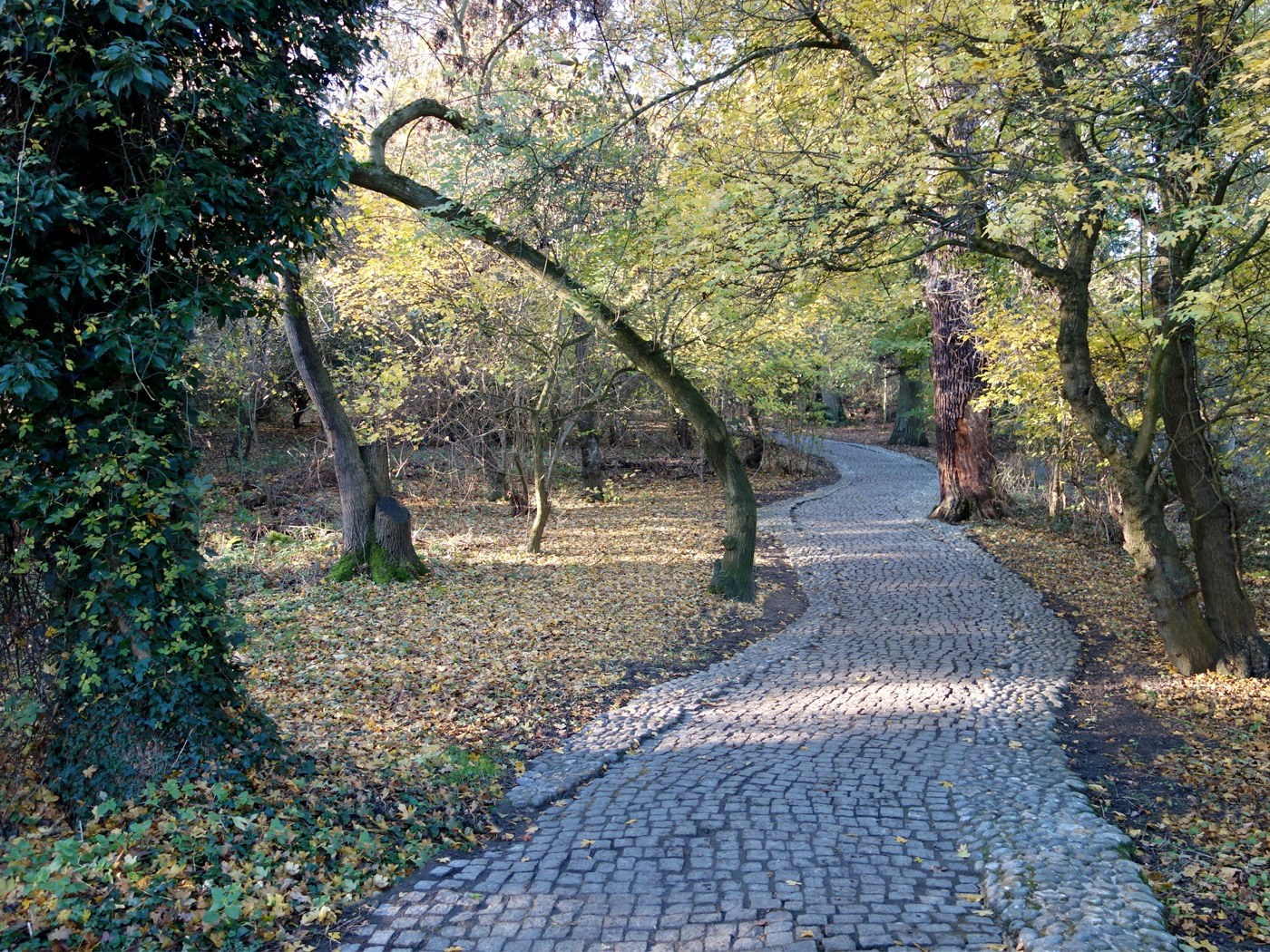 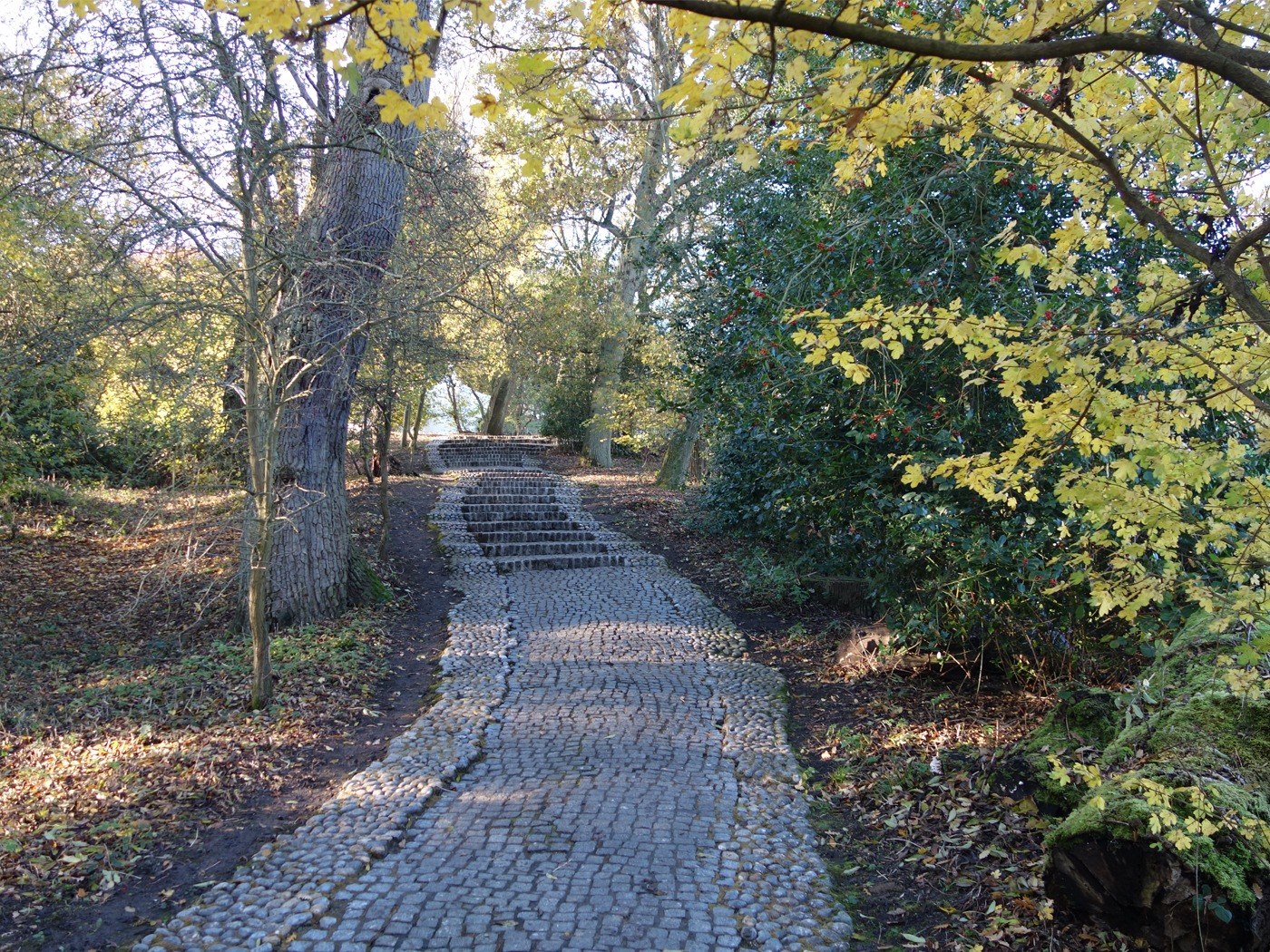 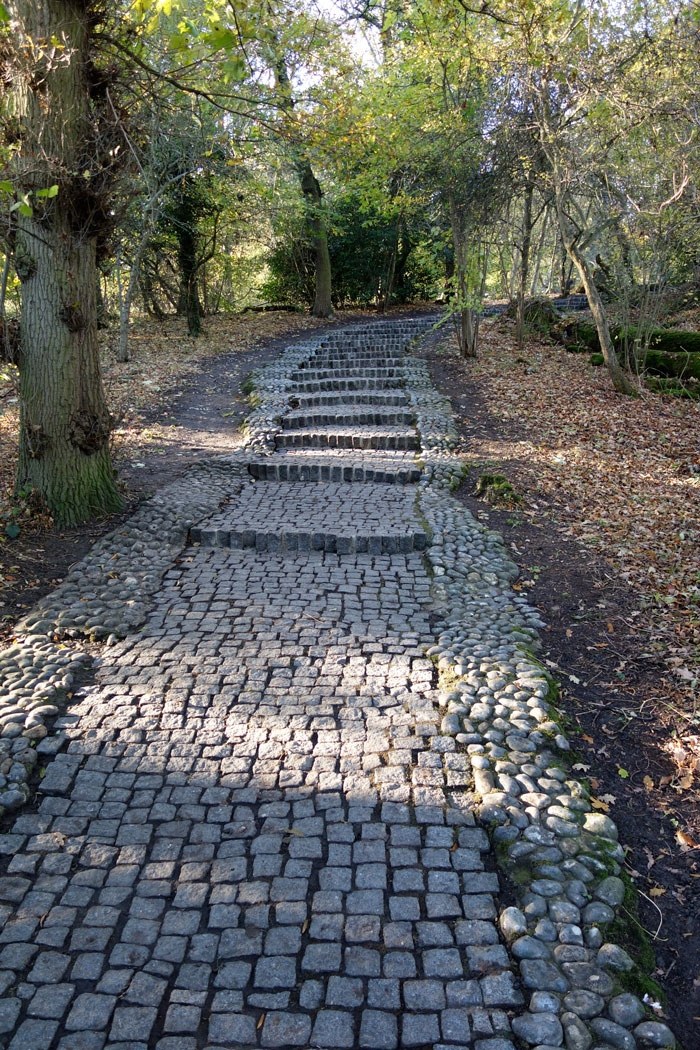 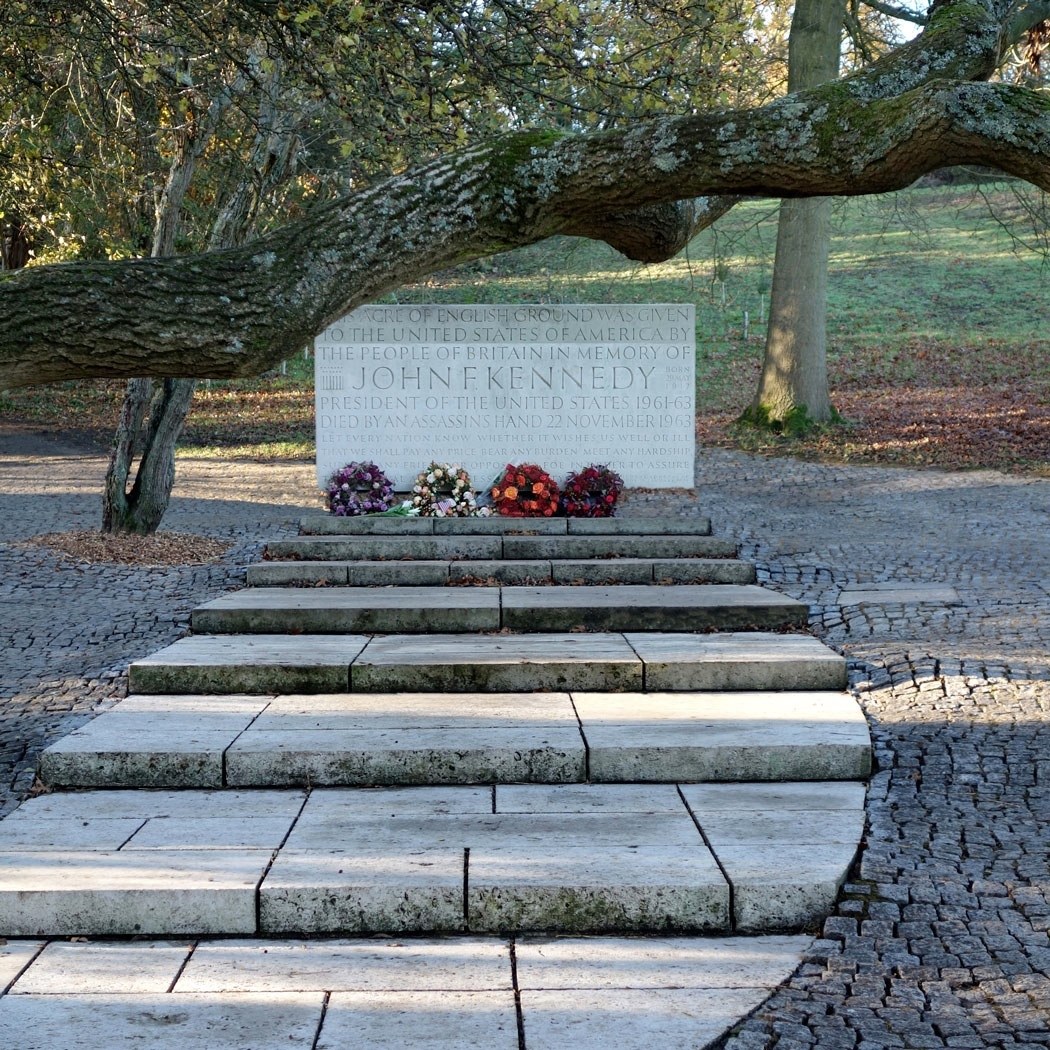 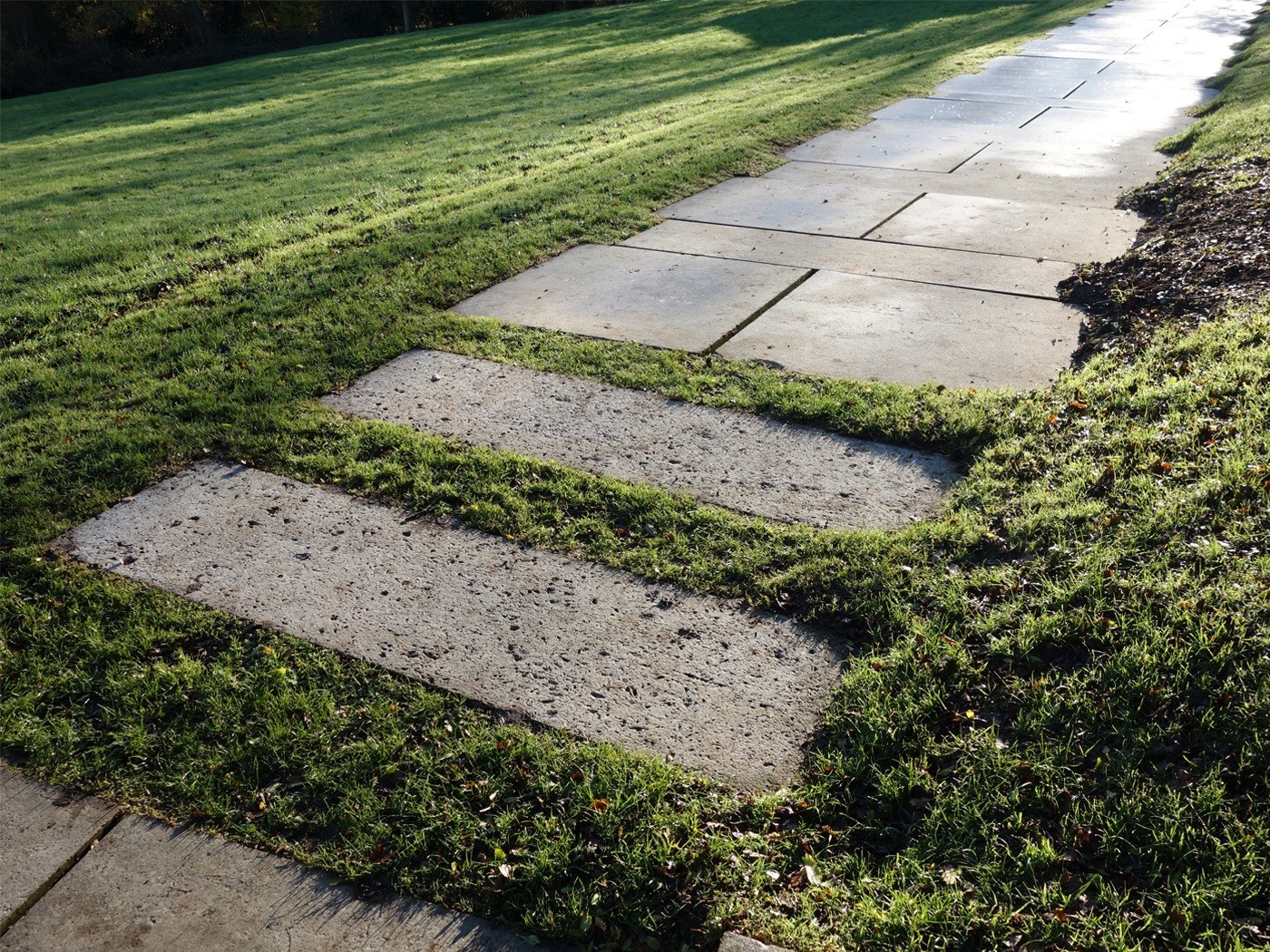 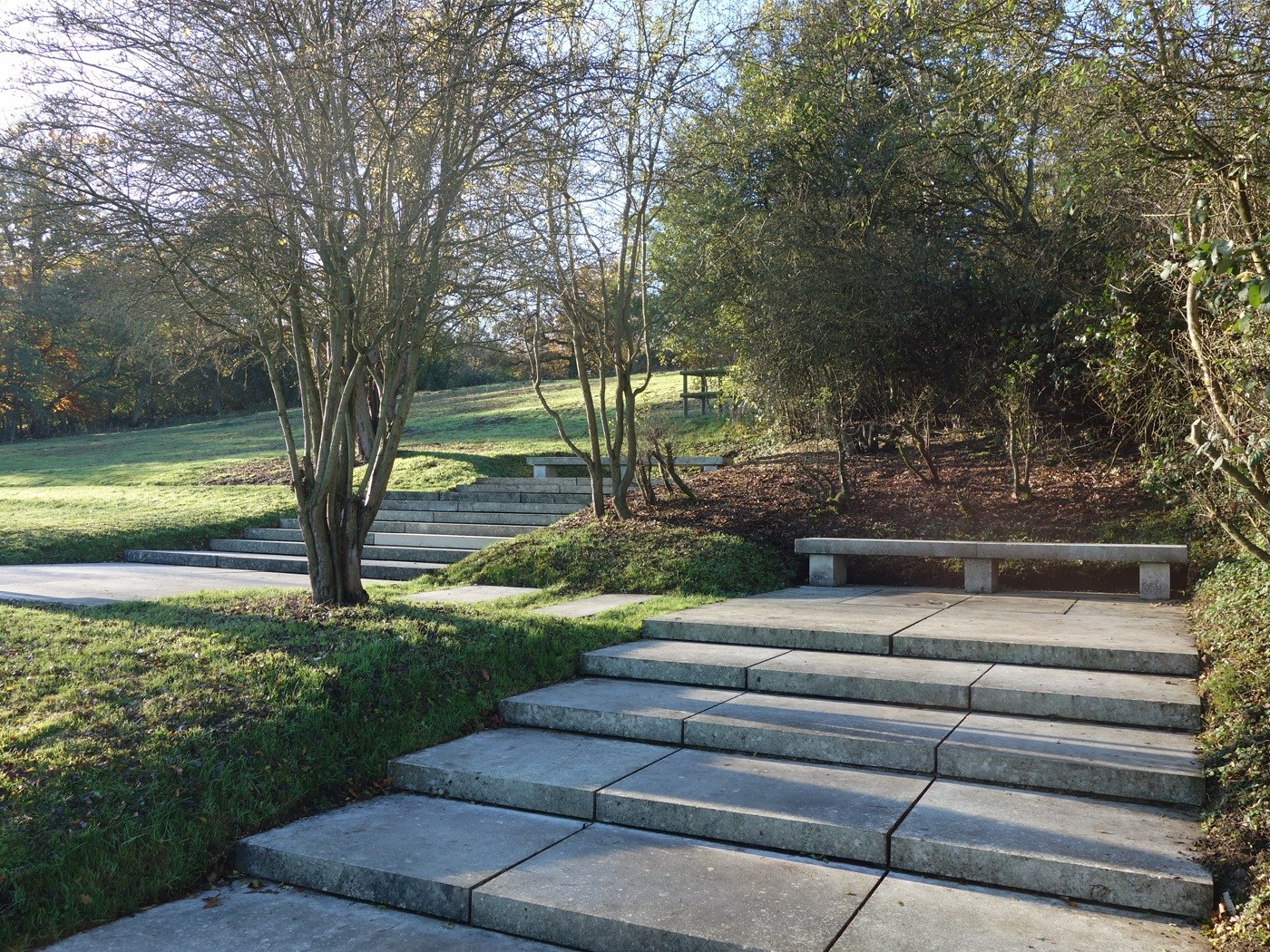 The fiftieth anniversary of the assassination of John F. Kennedy prompted a long-intended visit to the Kennedy Memorial (1965) above the Thames at Runnymede, designed by the great landscape architect Sir Geoffrey Jellicoe (1900-1996).

Entering the woodland from the floodplain, a cobbled path – square setts in the middle, rounded at the edges – winds up through the trees to a clearing, where a maple tree leans over to protect the enscription, which reveals that this acre of ground was given to the United States in Kennedy’s memory.

Off to the side a straight path of monumental slabs of Portland stone leads parallel with the hill to a pair of benches, each hidden until the last second by the tree that shades it, and representing JFK and Jackie respectively, overlooking the Thames valley below. In a subtle gesture expressive of respect, the stones separate at the end to punctuate the walk.

Even the jets from the Heathrow flightpath overhead somehow add to rather than distract from the effect, recalling the jet era of the ’60s and the mesmerising glamour of the President and his Consort.

The whole experience is masterful in its control, its assurety and poetry with minimal means.