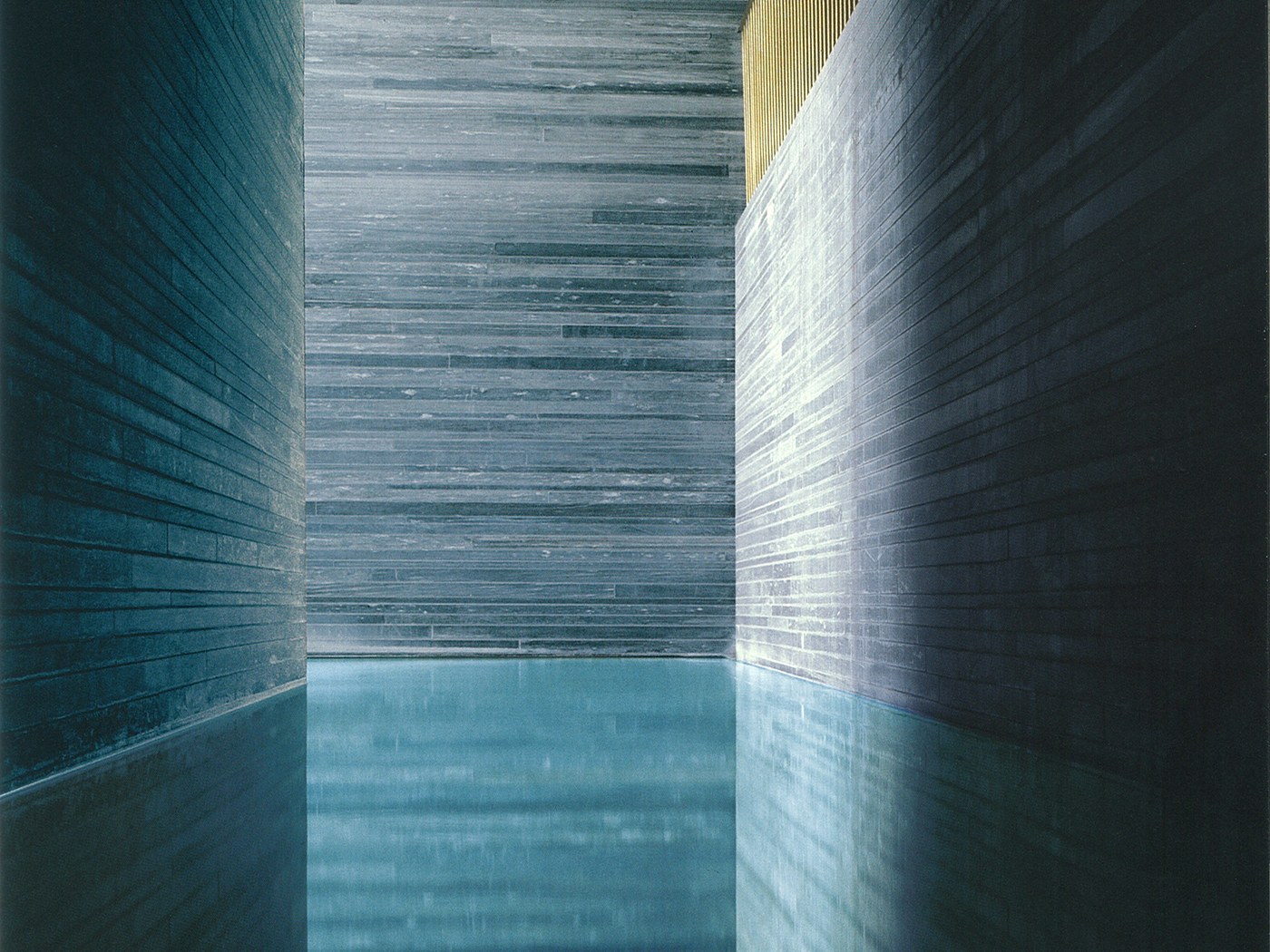 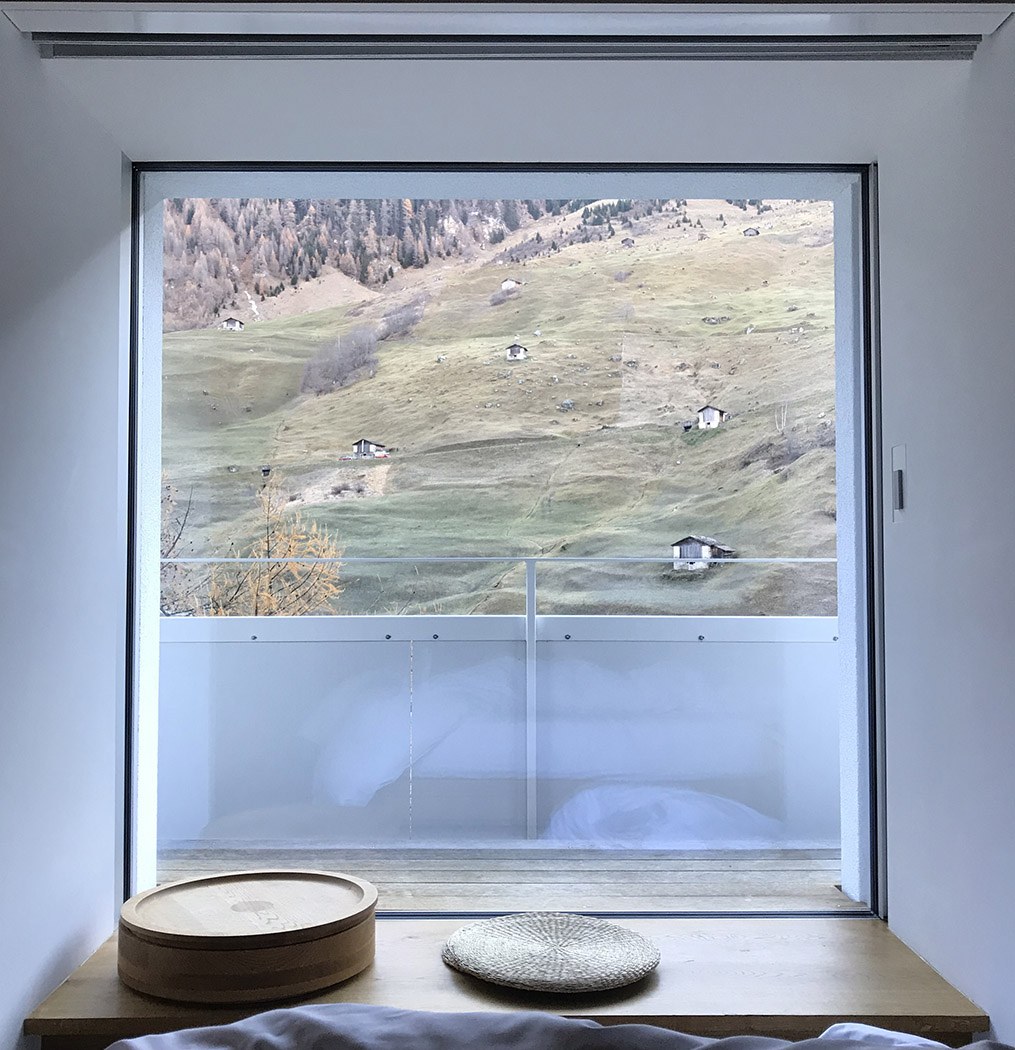 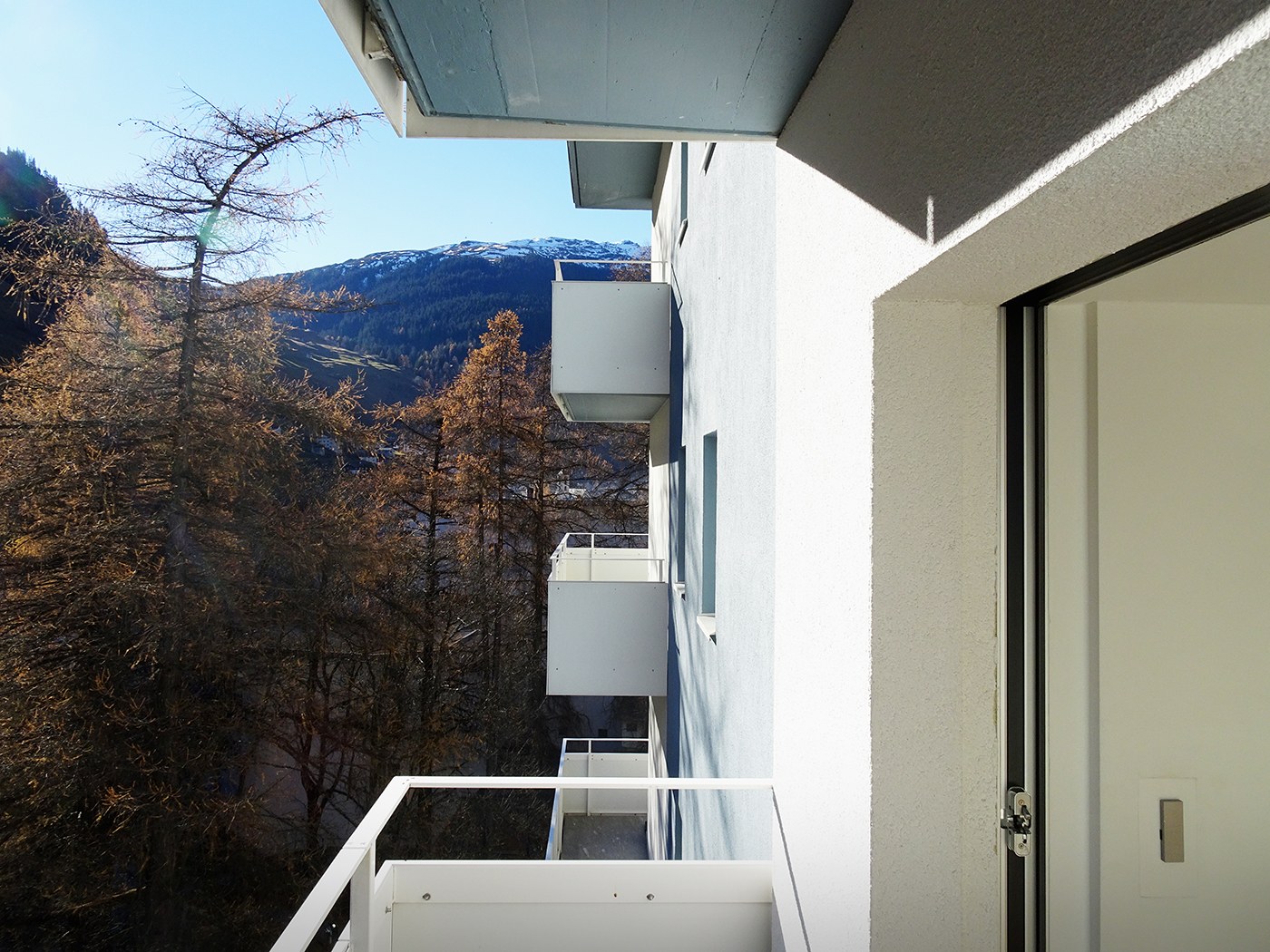 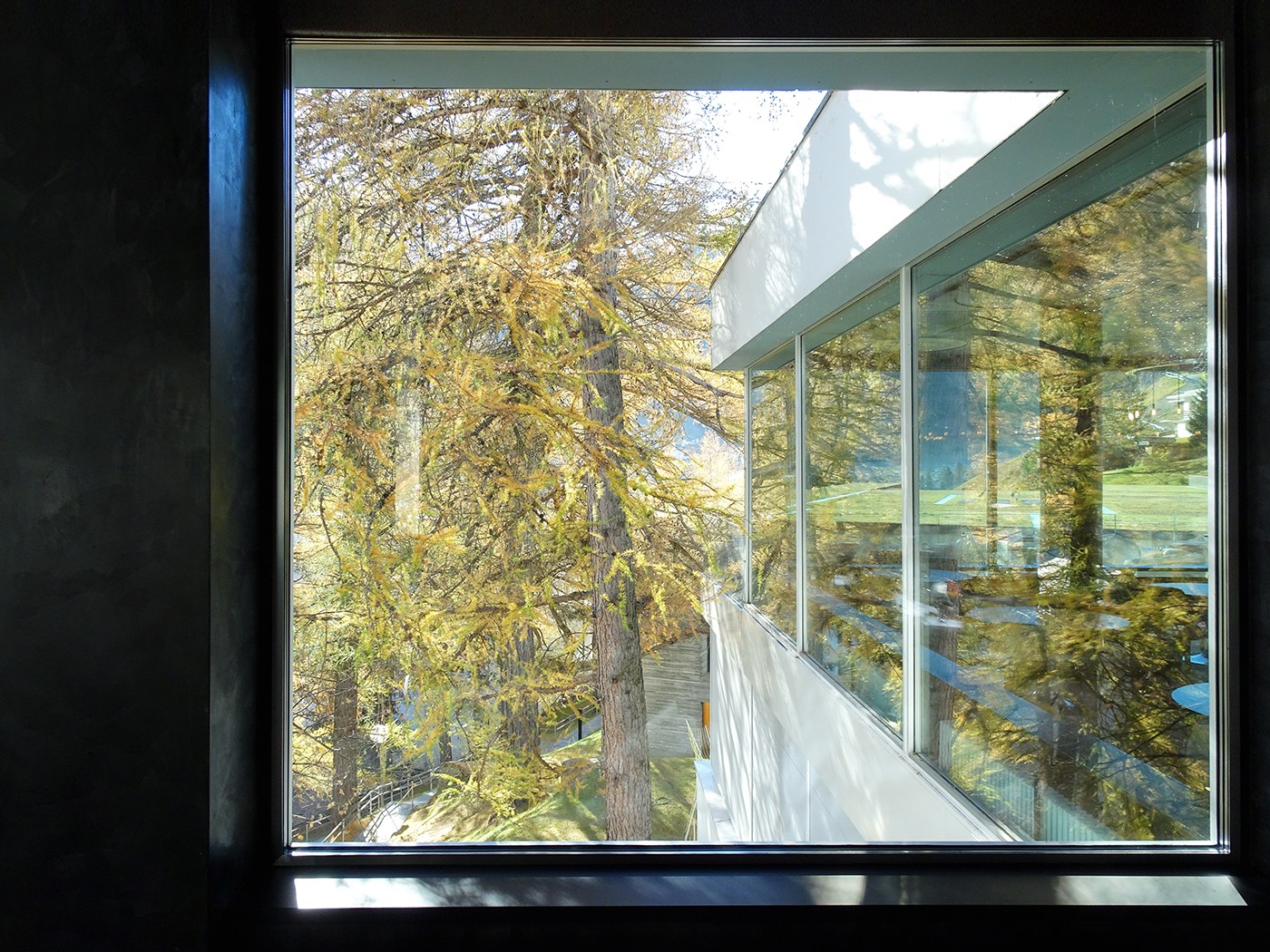 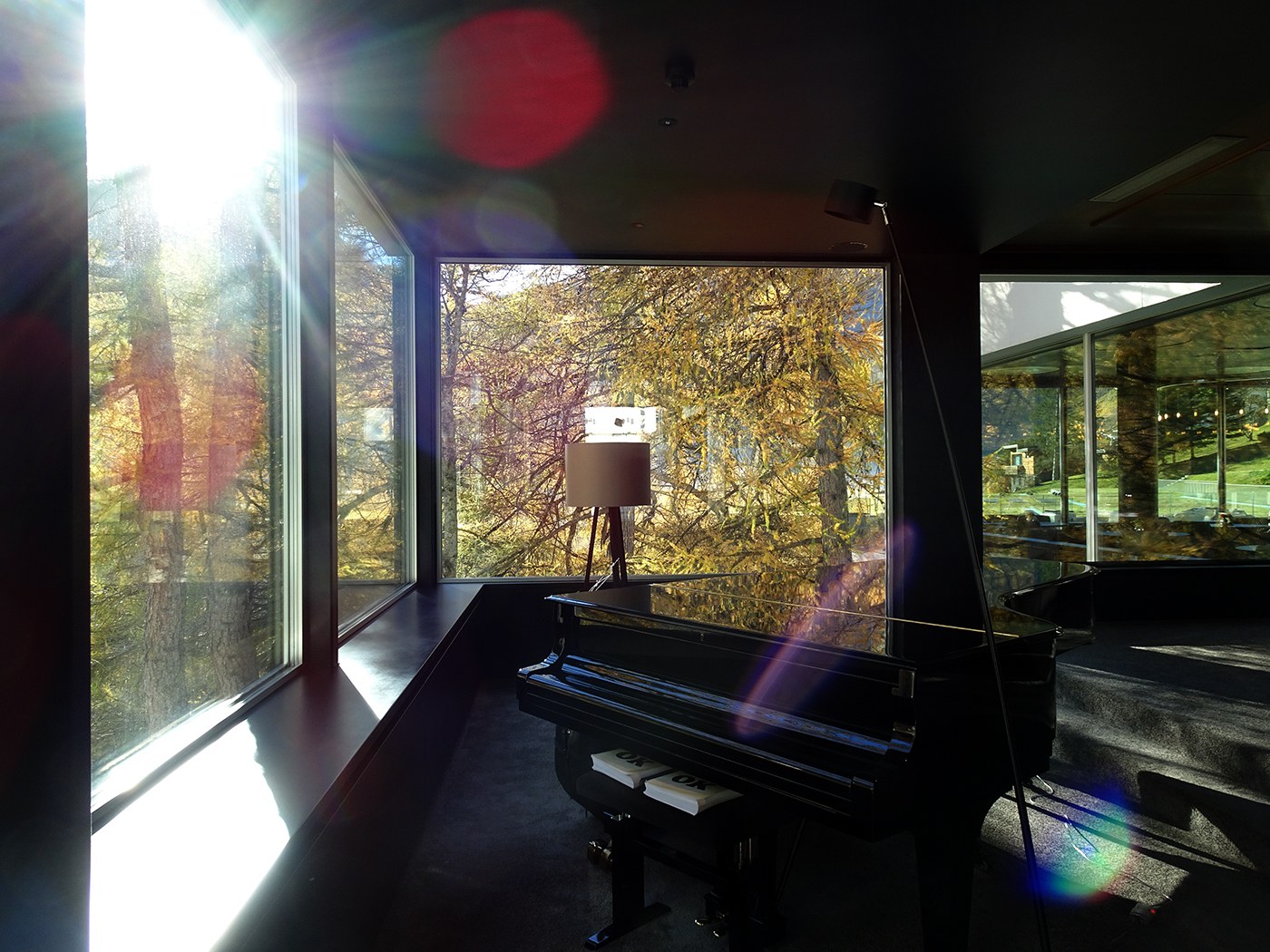 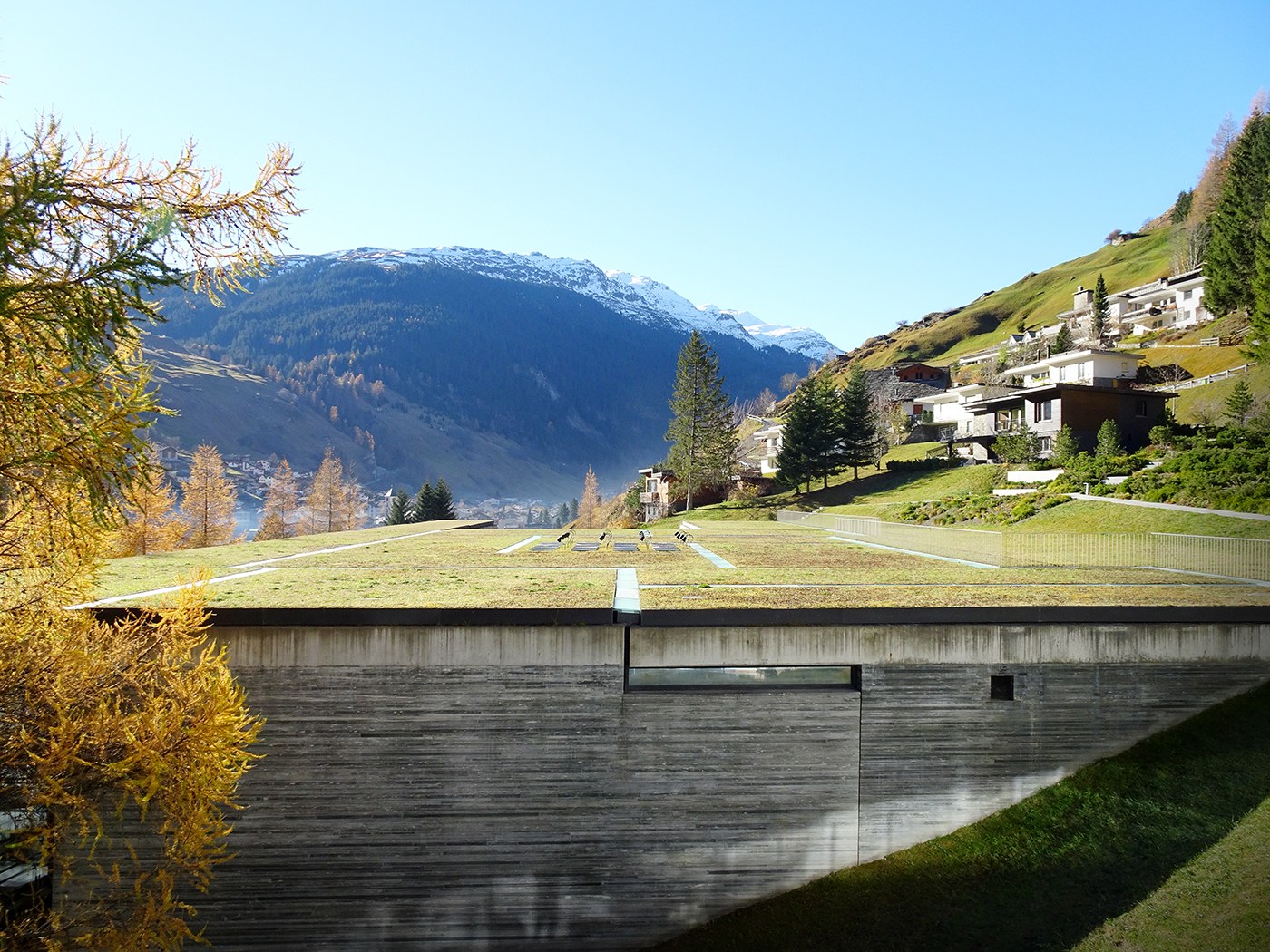 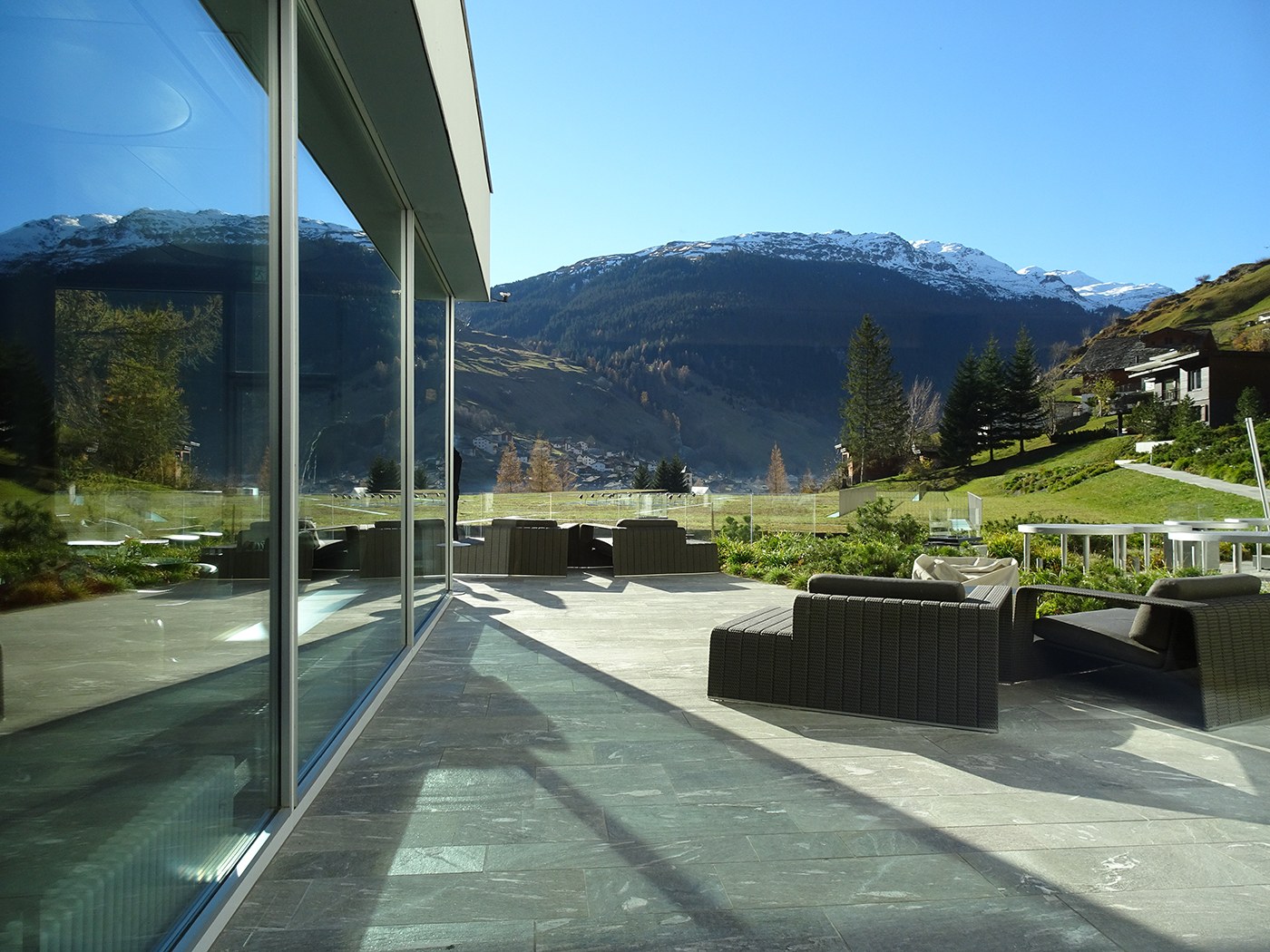 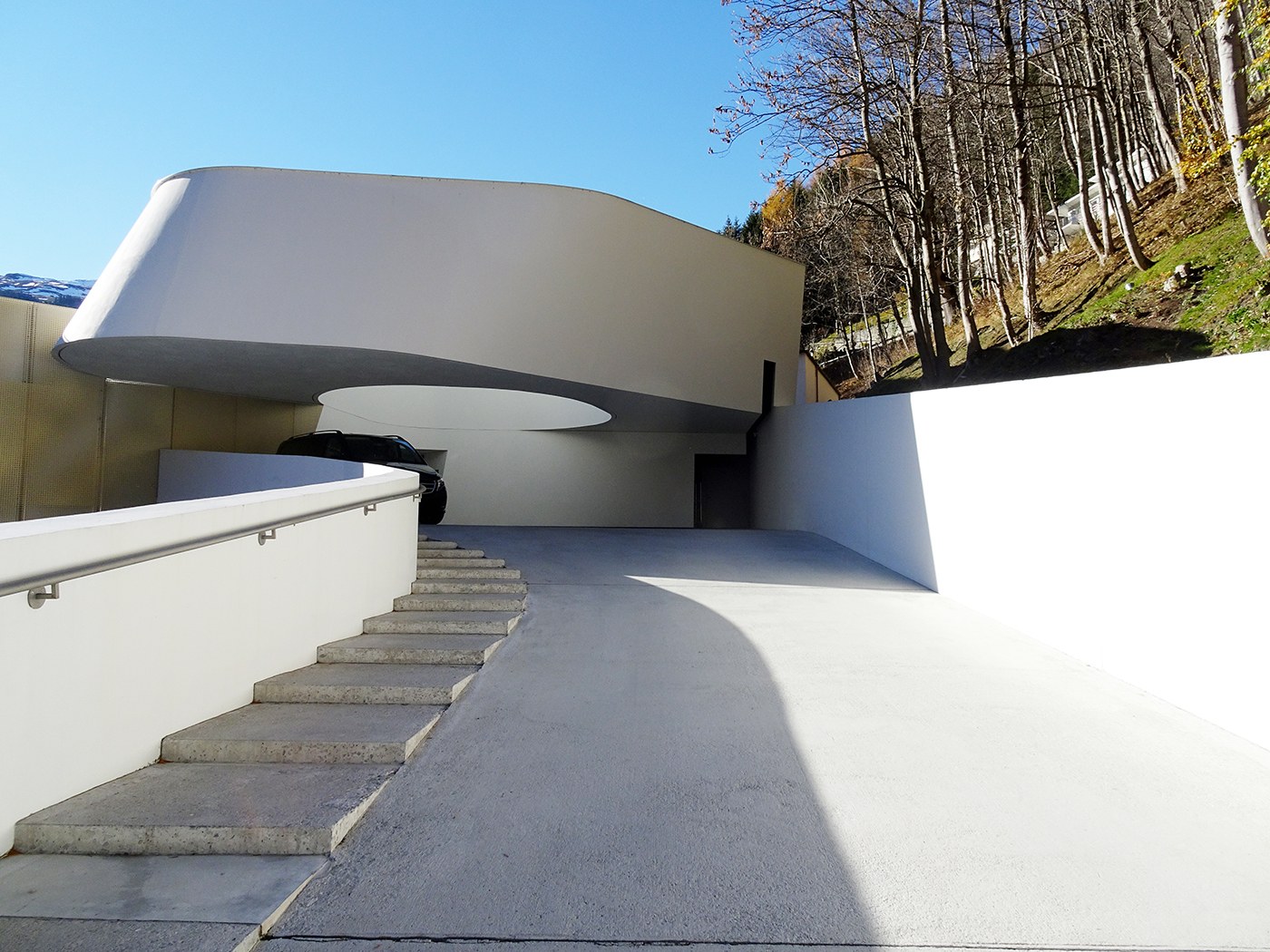 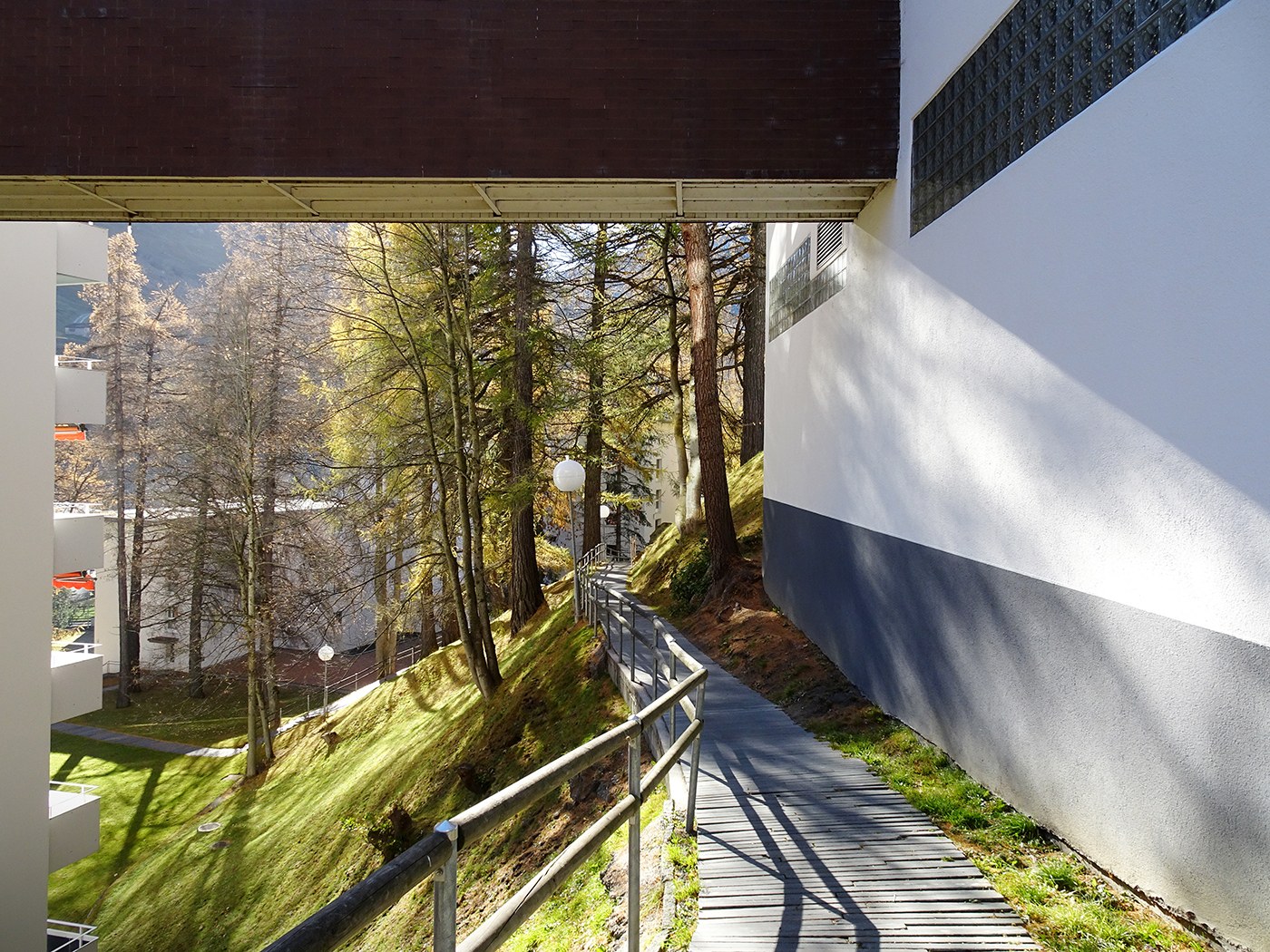 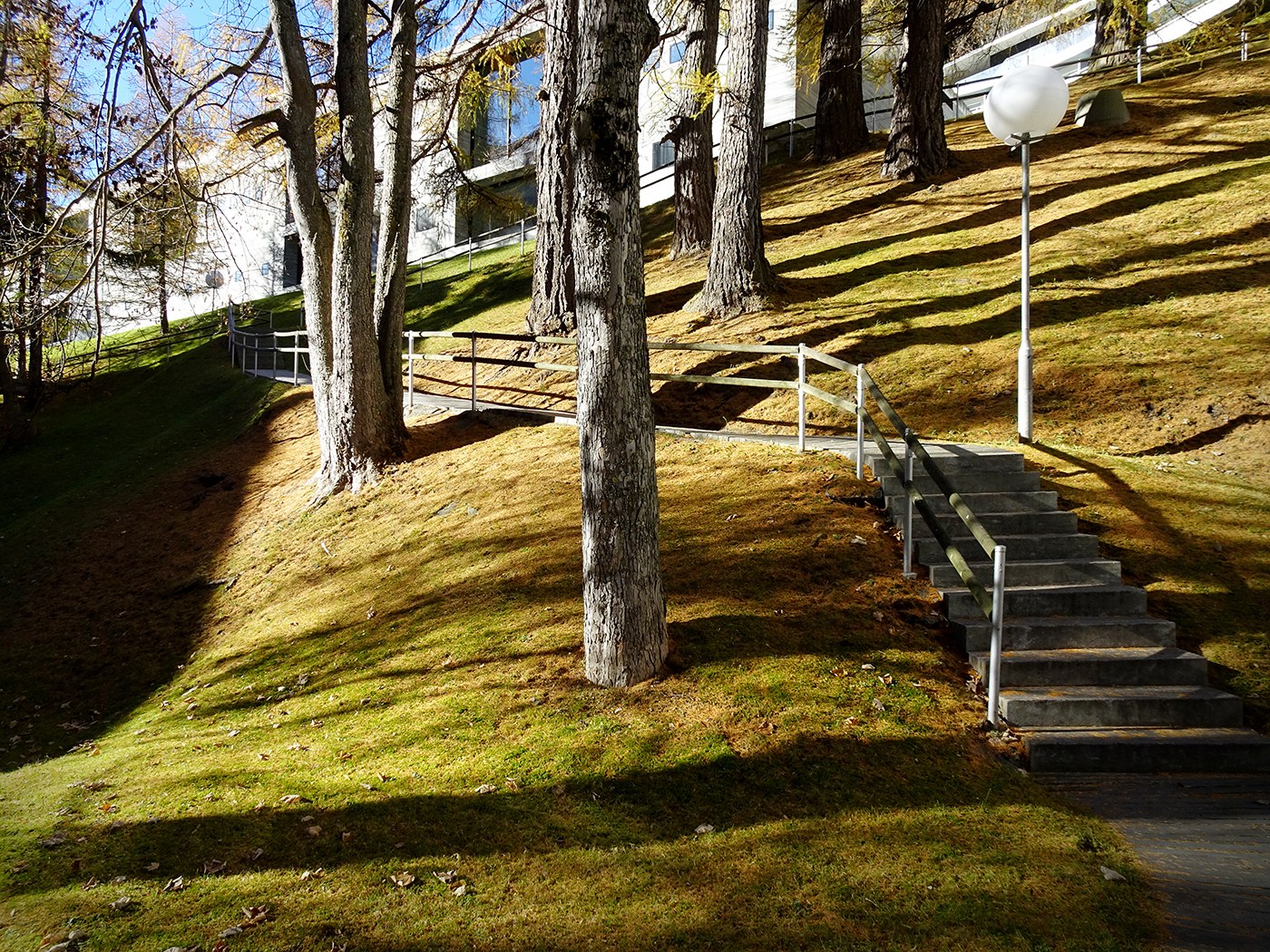 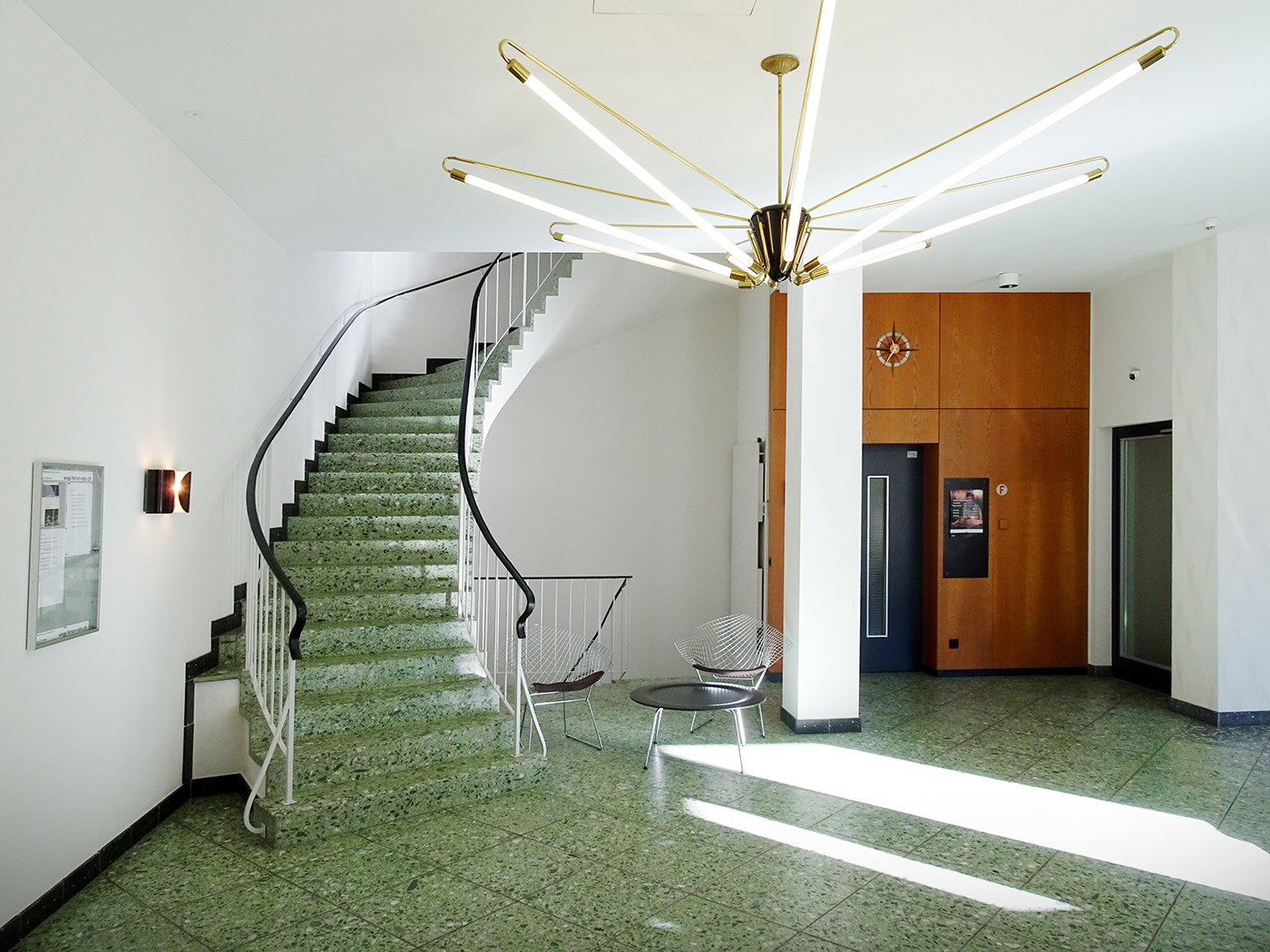 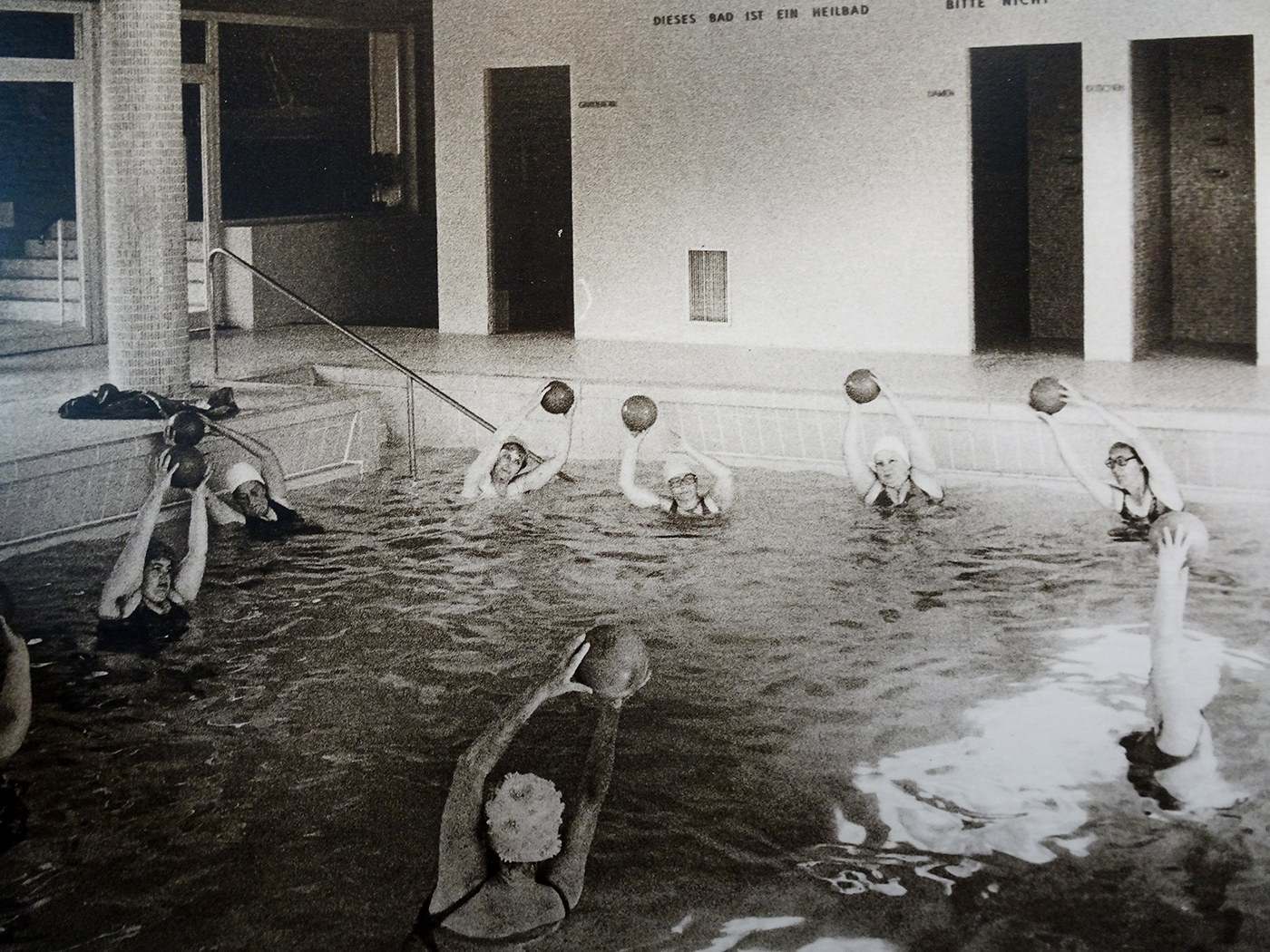 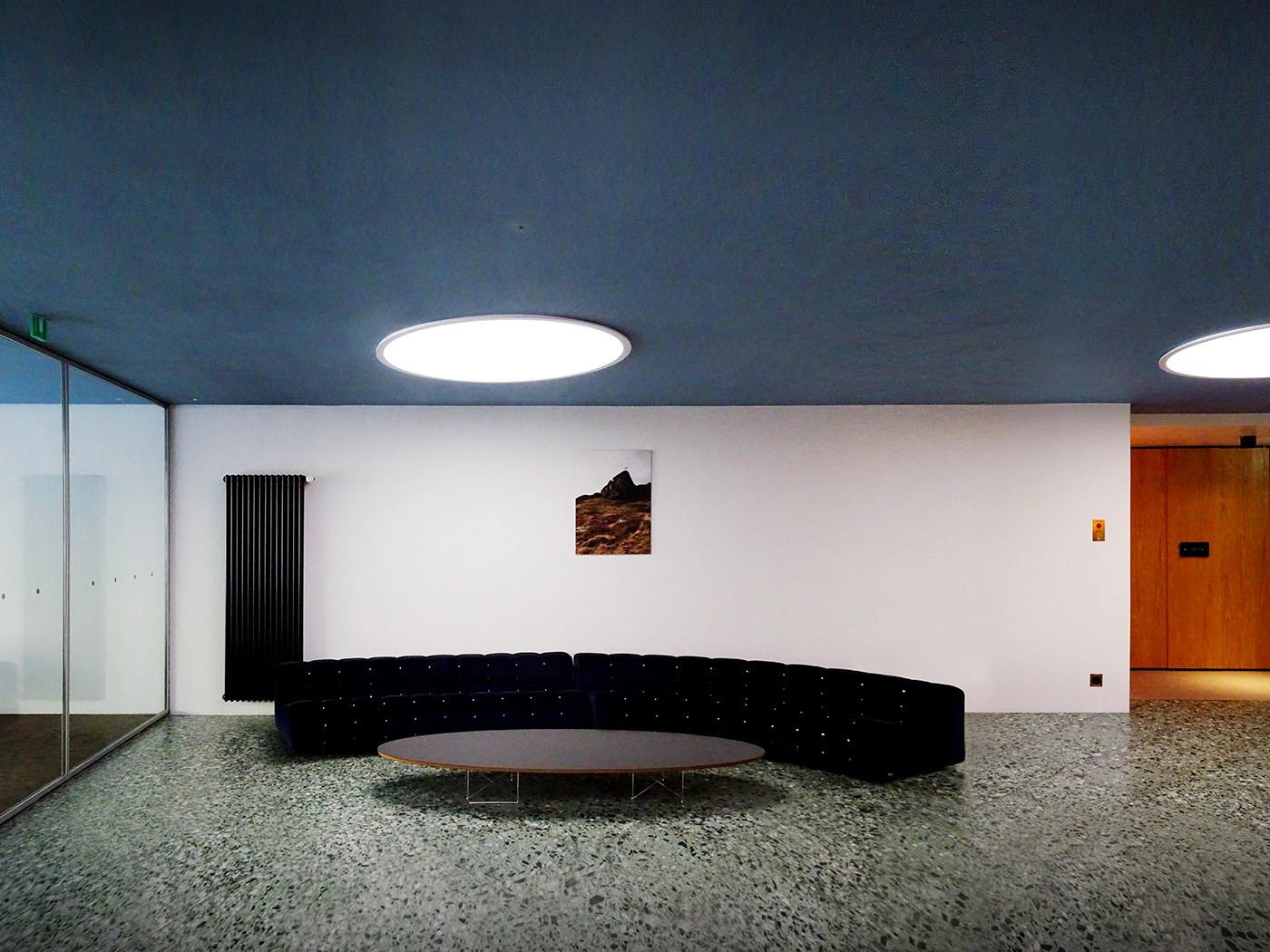 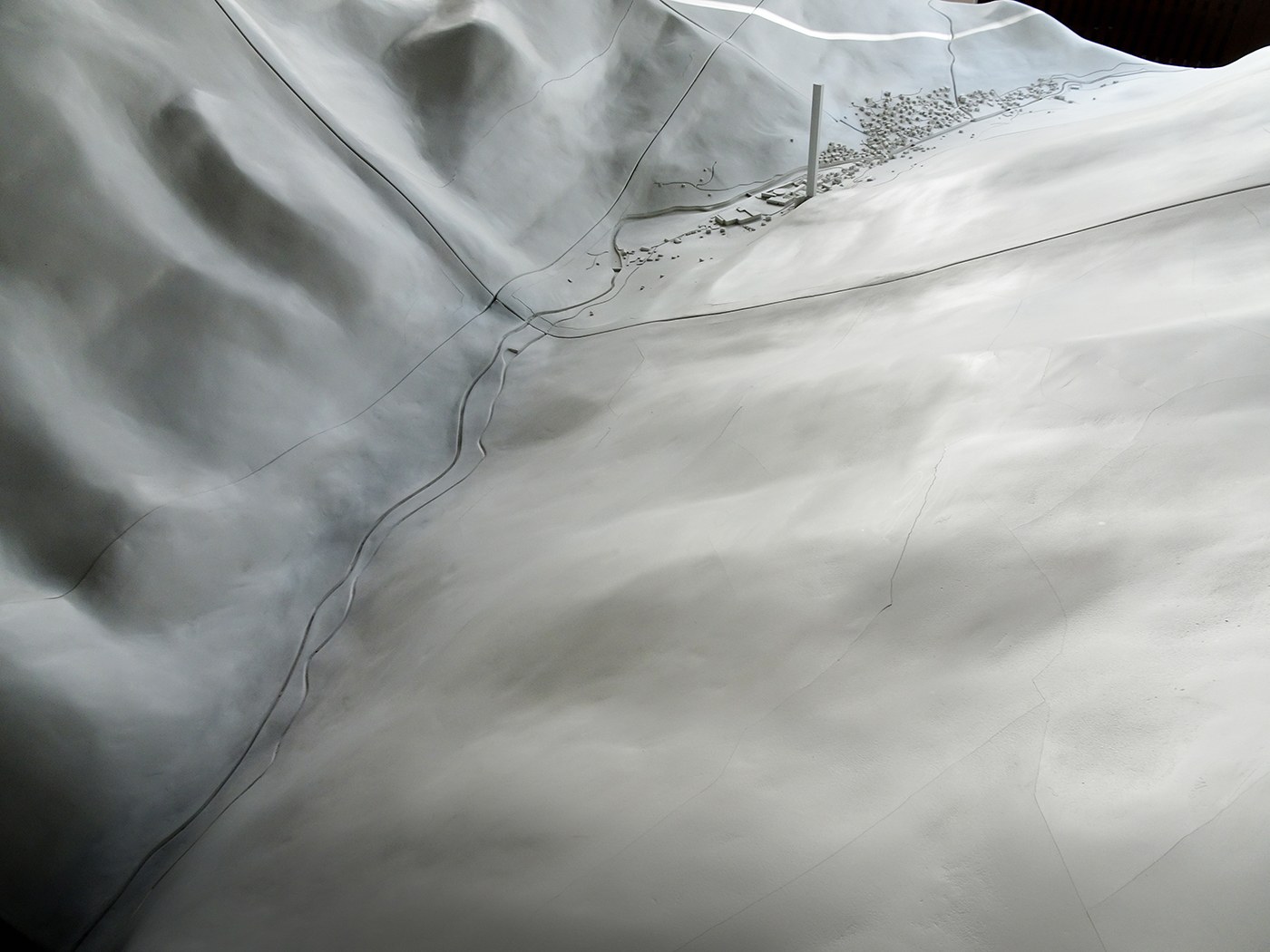 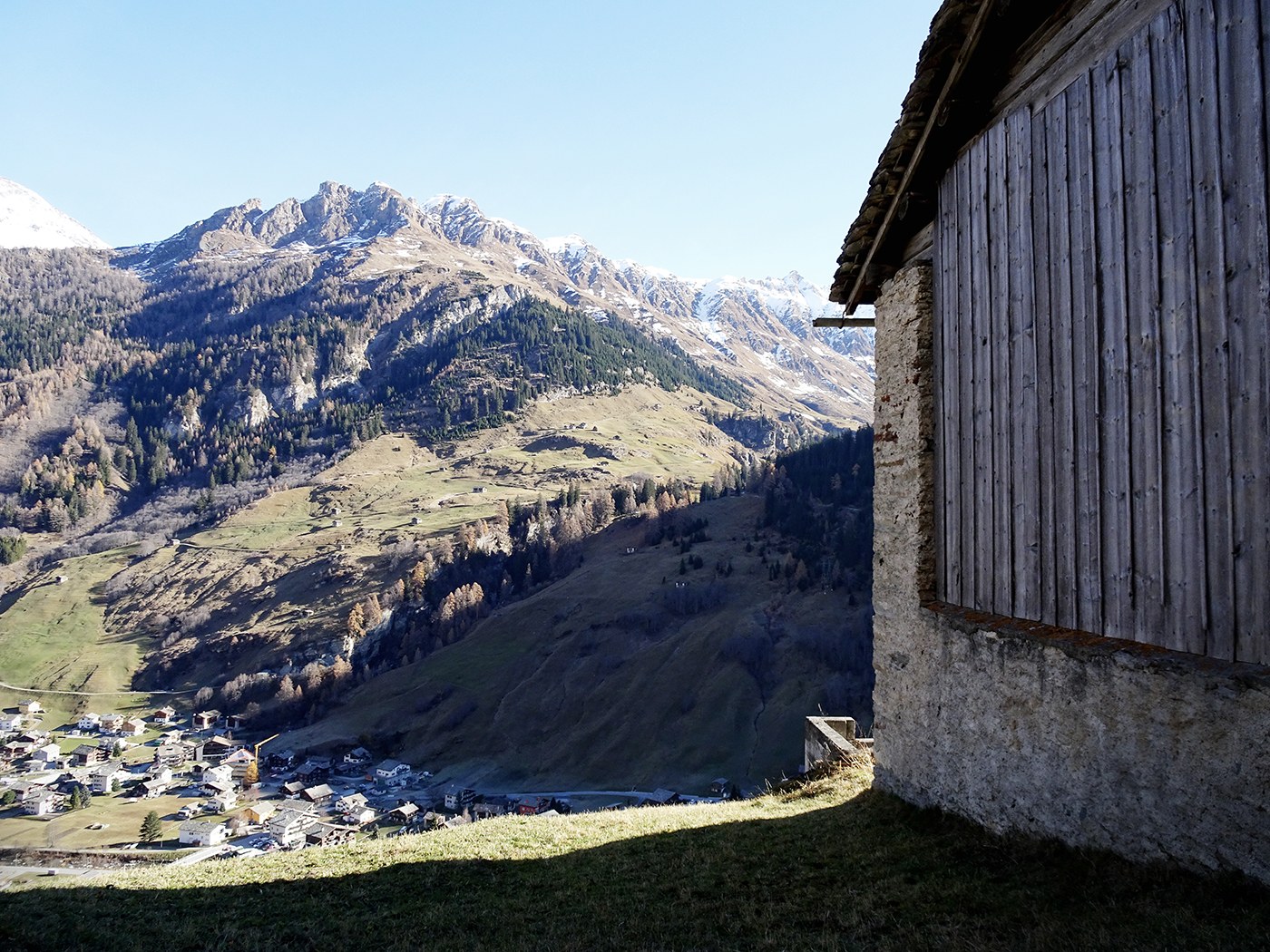 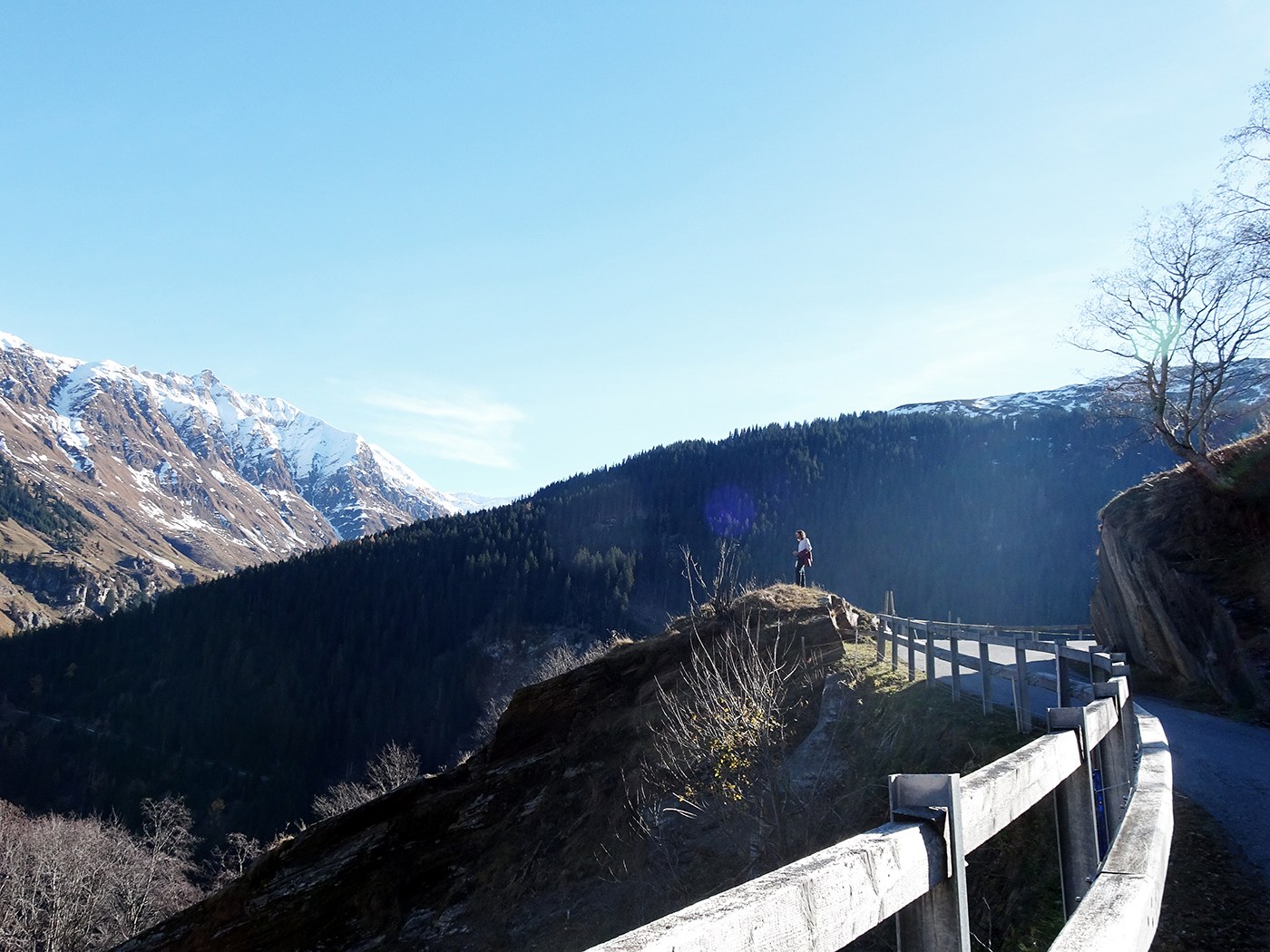 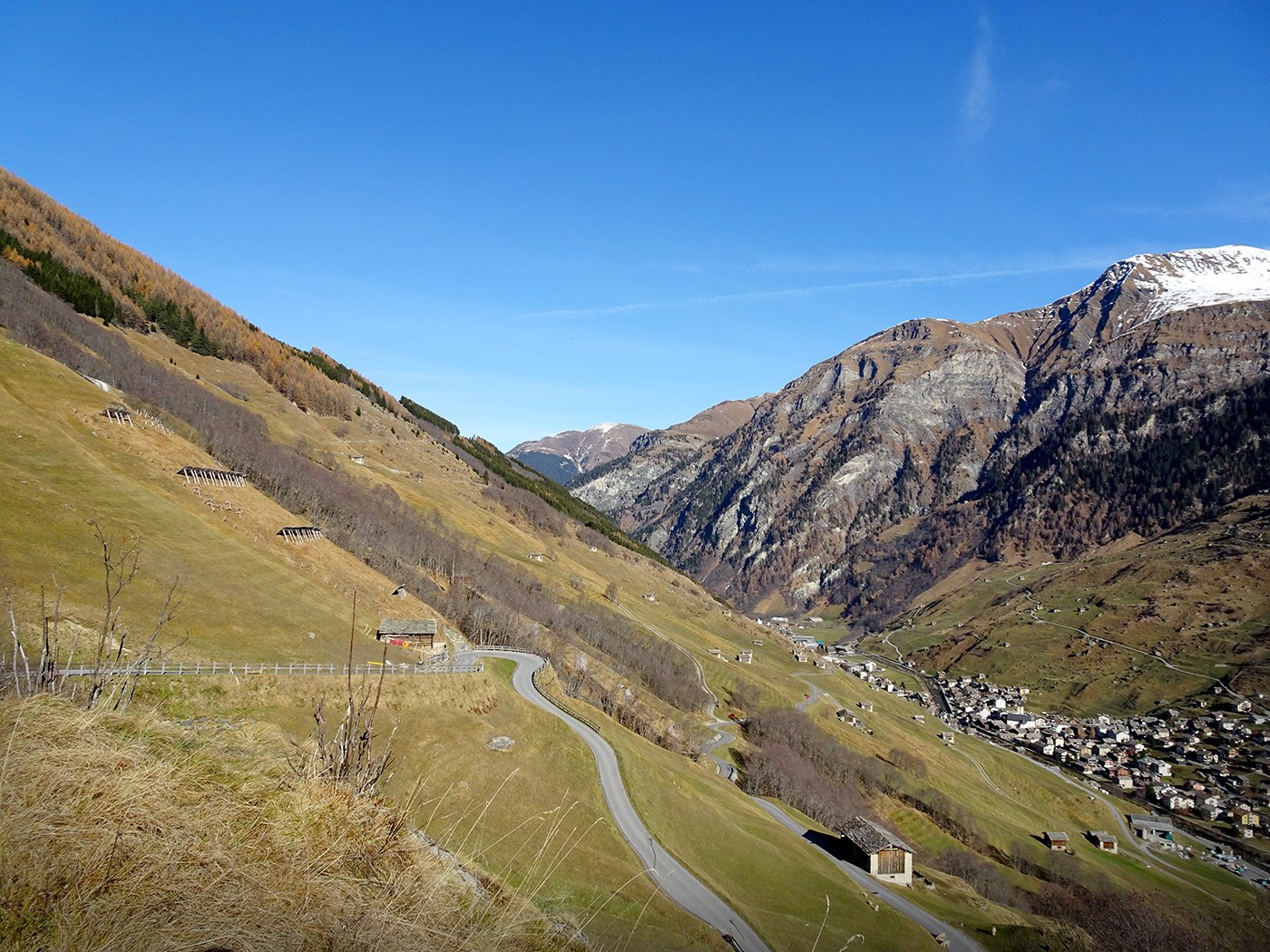 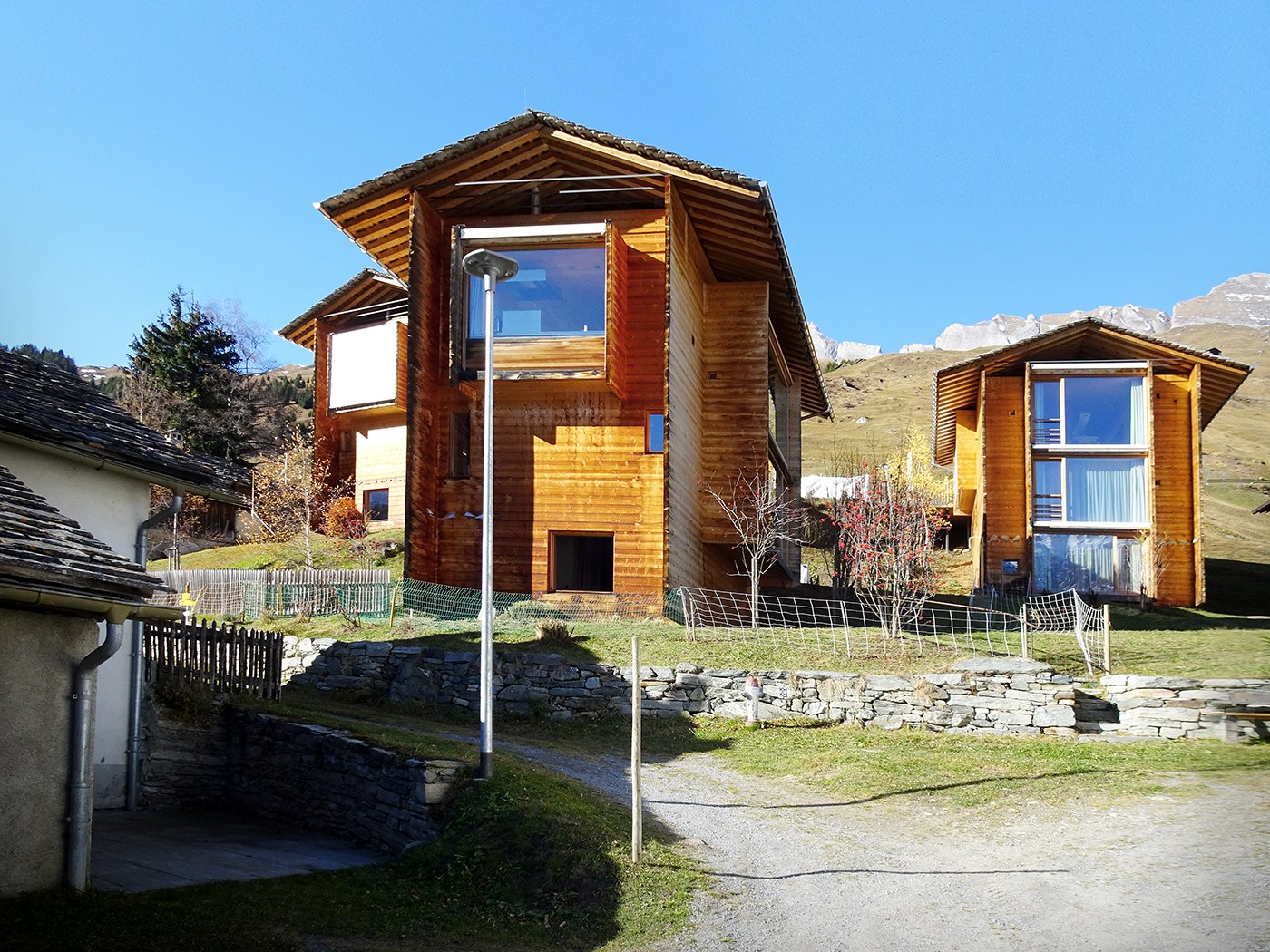 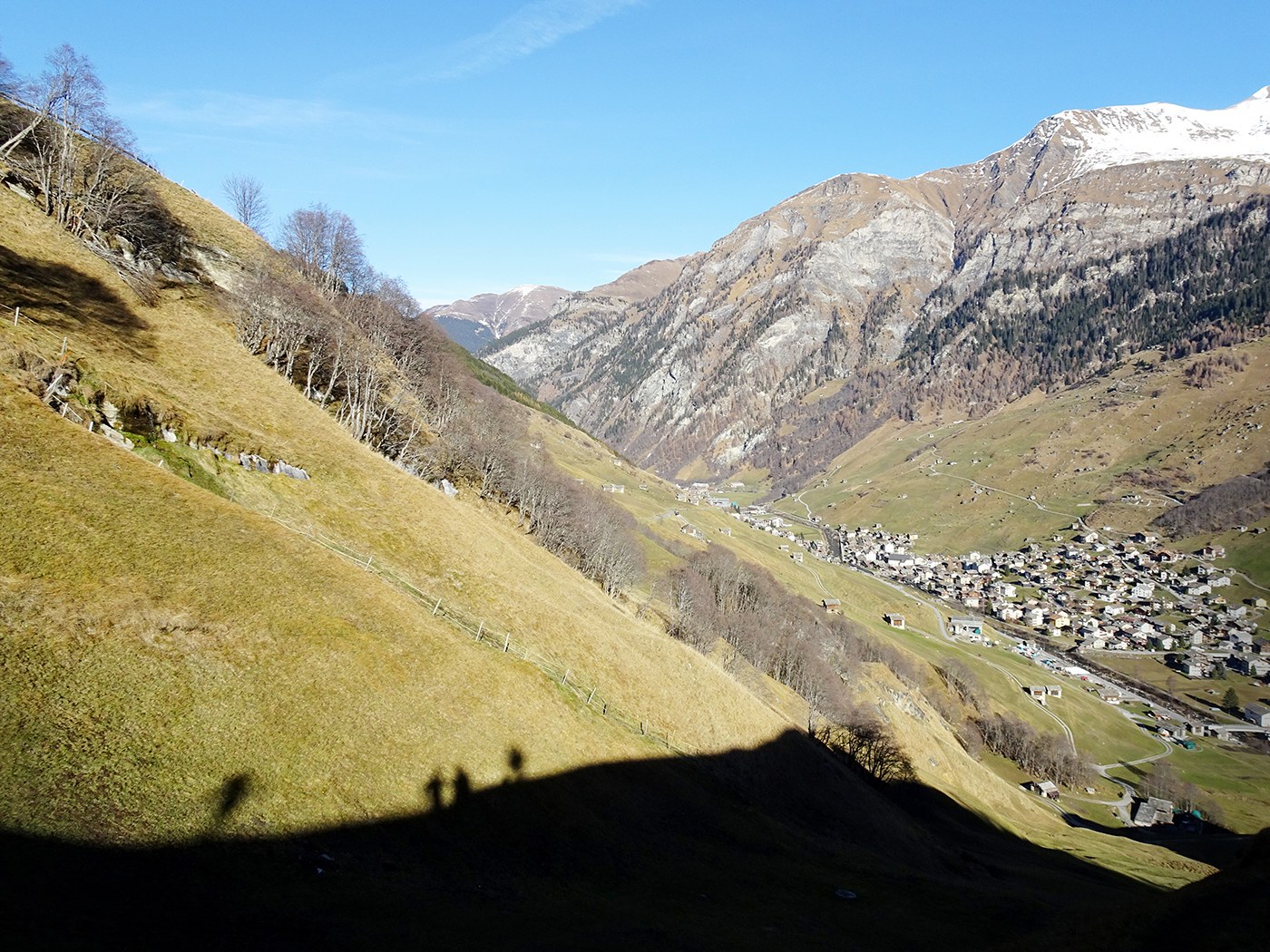 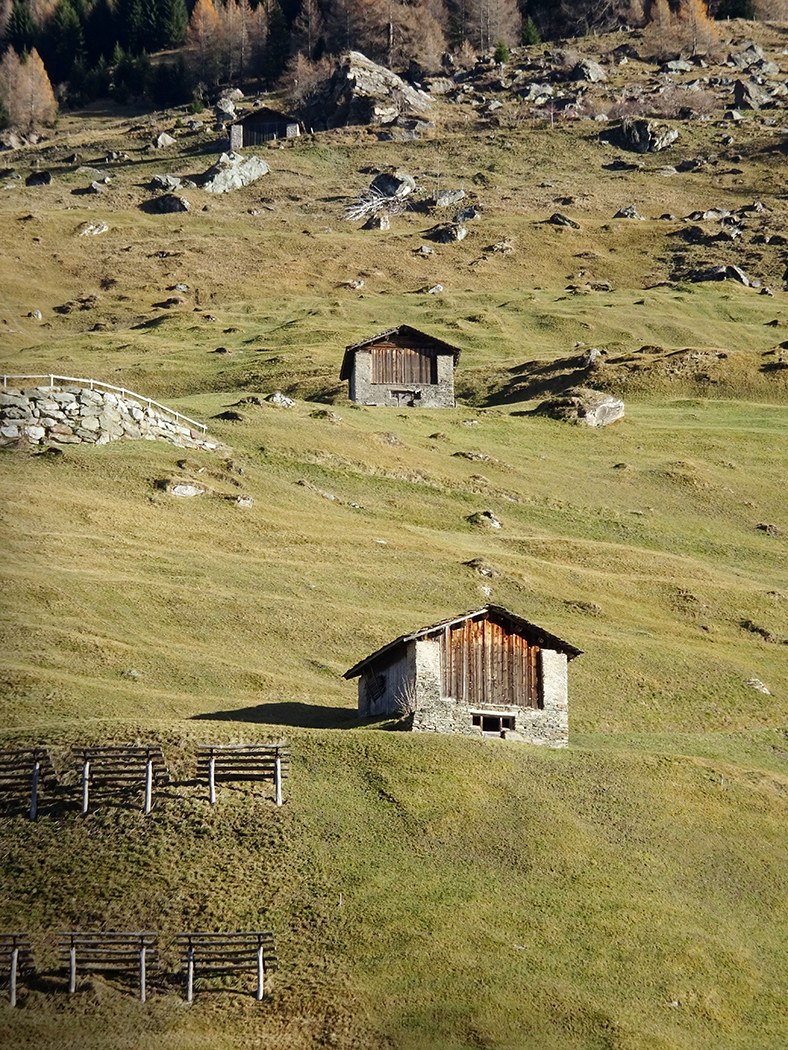 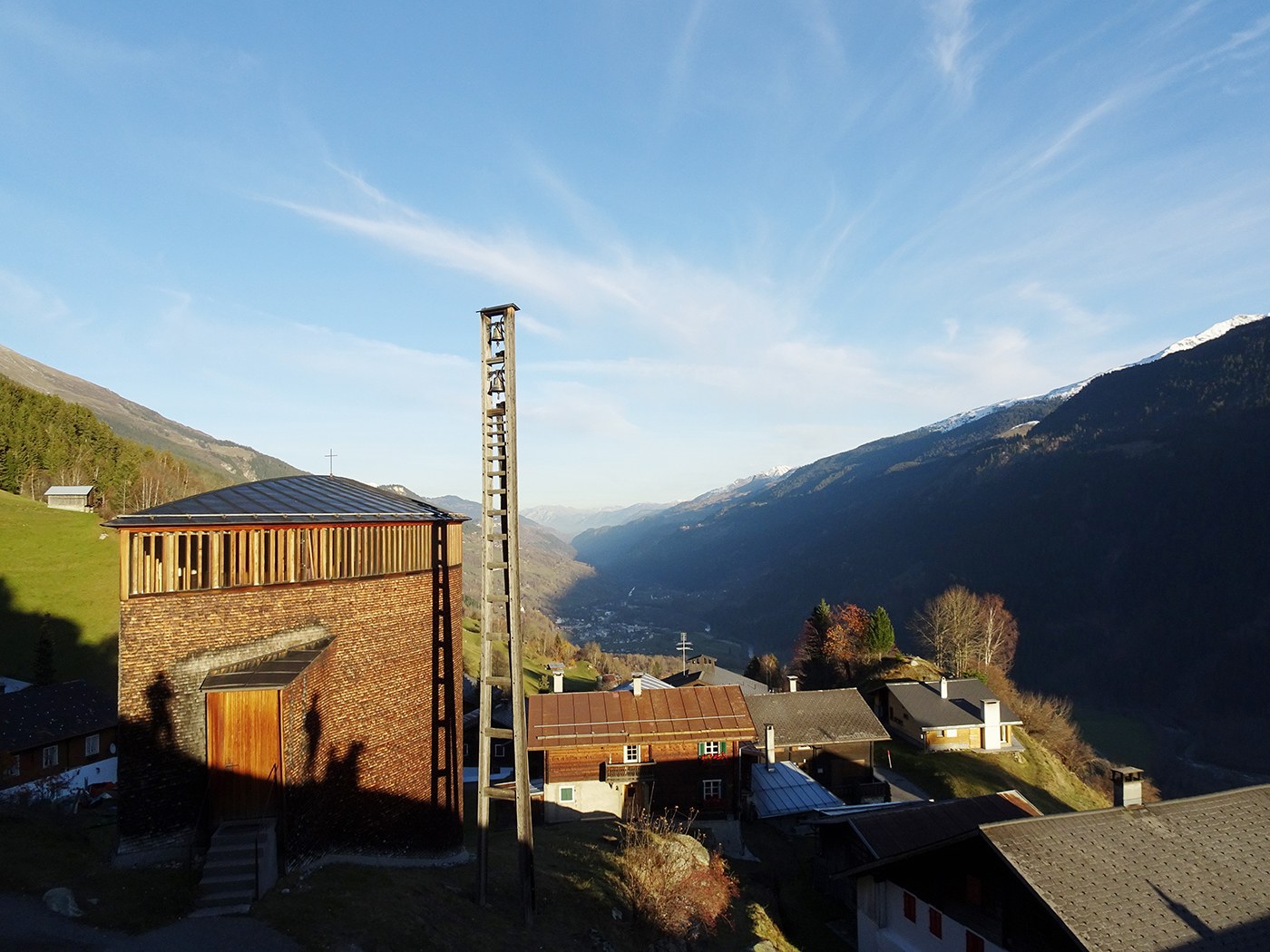 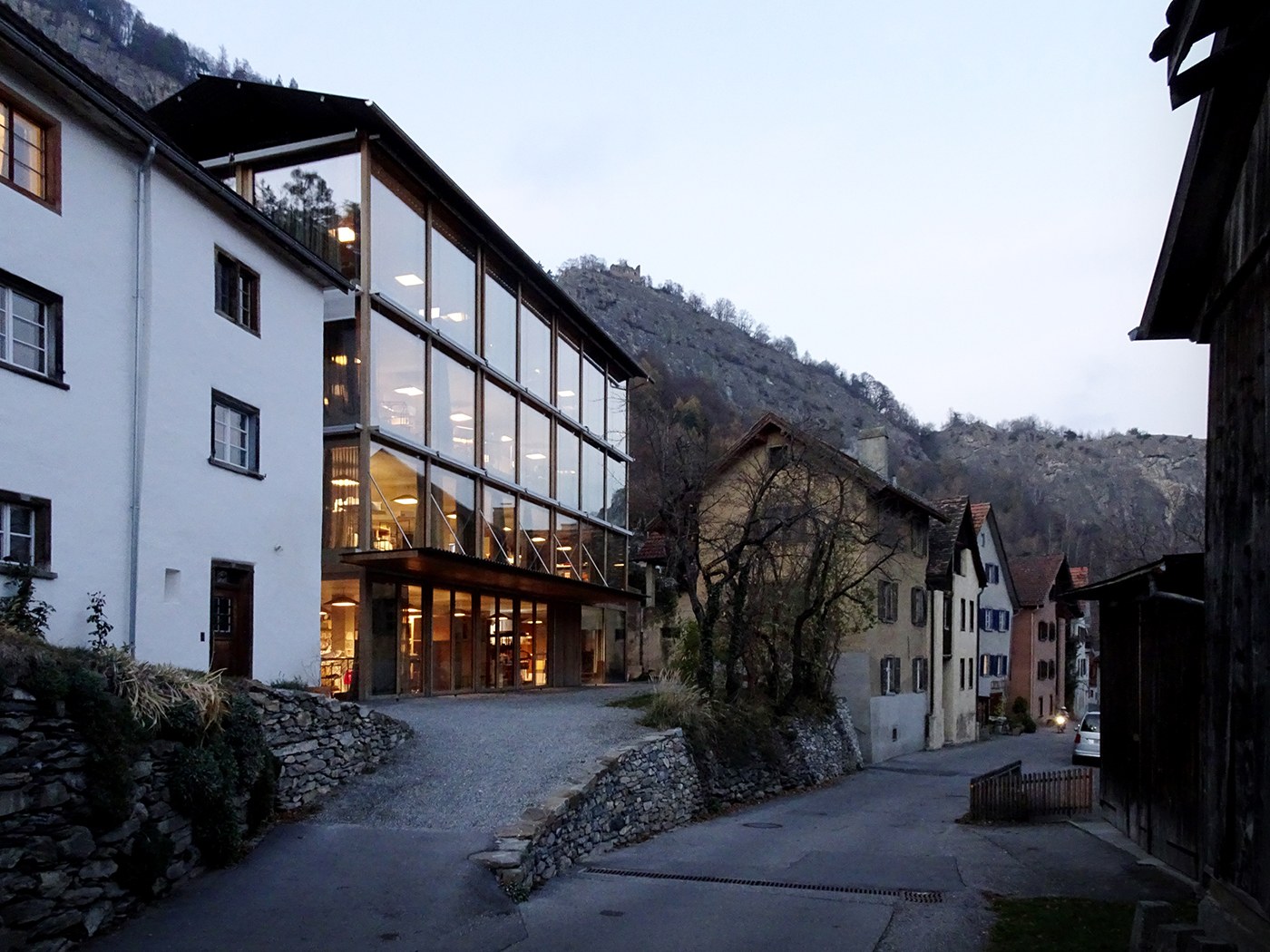 The word for me means a kind of longing, for a place and sense of peace. The pining typically comes in late autumn, when the burdens of the year are mounting up, to be sated over my birthday in January.

I first went in 2010, to decide whether to set up my own office or become a partner in the firm I then worked for. Floating in the water of Vals (spa by Peter Zumthor, 1996), staring up at sky, or stars, or stone, I decided that if Zumthor could do it, so could I, and that it was worth doing. It being the attempt to find and express an architectural voice.

I returned a year later to assess my progress, and then the following year with a client (telling him he could come but to “bring a book”, as he likes to remind me), so starting a friendship that was forged through the shared understanding and experience of an annual pilgrimage, a rare time of reflection.

Then, Vals had an even peace that lay over it, with a particular air that could be felt at the far end of the valley, and once in the hotel extended to the salt bar for the salad course at dinner, with ten varieties to choose from. Caring about your salt somehow meant not frivolous concern, but for the correct, and so a peace of a very Swiss kind. We would drive down the valley to Bach as we woke up, to ski at the far end, and then wind back at the day’s end, knackered, but with the thought of the spa nourishing us.

Rooms were perfect: not the Zumthor rooms in the lower building, with a little satisfaction truly awful, in brightest red, blue or yellow, impossible to set both feet in let alone sleep, but the higher rooms over the restaurant, with white walls and floors, linen bedding, an old kilim and a piece of classic modernist furniture and a framed view across the valley to the sunnier side where light carves out the slopes.

Down a lift to the floor below the bar, a black corridor slopes downwards to the stone-lined watery netherworld. Fifteen freestanding stone blocks support eccentrically cantilevered concrete roofs, each separated by a strip of daylight. A new form of construction was invented, of layered stone, now synonymous worldwide as architectural shorthand for Spa, but here quarried in the valley and acting as formwork for mass concrete infill. Blocks contain water chambers within: hot (with red concrete walls), cold (with blue, probably – I can’t make myself enter), steam (clothed or not), one floating with chrysanthemum petals, another a reverberant chamber where hums fill the space and soundwaves can be held. Stone and side light give the irregular open space between blocks the quality of an ambulatory in a church, like those 17th century Dutch paintings with people wandering around, talking, or not.

Four blocks in the middle frame the central pool, its importance marked by its own hovering roof perforated by a faintly postmodern grid of 16 square blue-glazed skylights (the blue glass I have concluded to stop the water appearing murky green). But the real space of longing back home is found along a long tall water channel, turning at the end into the outdoor bath, contained by two blocks framing views to the hillside opposite but open to the sky, steam rising as snow and stars fall. Twice a week there is midnight bathing, in imposed but awed silence (impossible apparently if you are Italian).

With just four materials – stone, concrete, brass and water – the spaces have a powerfully calm atmosphere. It is suely the purist expression of architecture in recent times. There is no compromise. The spa is perfect.

More recently, though I try not to fear change it is definitely afoot, following the sale of the spa to a local boy made good, or at least made rich. Old staff have left, the perfect rooms been knocked together and fitted with circular gold bathtub and plasma teles. Smaller rooms have been converted by famous architects: Tadao Ando, Thom Mayne, Kengo Kuma, and these are now the ones to stay in, my preference being for the Ando, though they don’t have the old ease (well, there are also the new Kuma suites on the top floor, which come complete with helicopter transfer; do let me know). The old lobby bar has gone ersatz hotel. The salt bar is no more.

And then there are the plans (and model) for an eighty-storey glass tower by Mayne, as tall as the Shard, with one huge, penthouse-sized suite per floor (the room rate to cheesily increase by floor), and even at that height dwarfed by the valley sides, so making it kind of pointless if not faintly comedic, which probably isn’t the idea. Vals seems a place where if you want height you should walk up a mountain, not take the elevator, and I can’t help hoping the tower doesn’t get built, in that form at least. This doesn’t seem to be a pressing danger, as the hotel has a wonderful quiet, emptiness even, about it.

There is also a plan by Ando for a public bath below in the town, which smells to me like a way of locking the town who built it out of the spa proper (it used to belong to the town having been funded from the proceeds of the local hydro-electric dam).

For the meantime, Vals is still just about Vals. A place of longing and rarest architectural perfection.

Having bathed, the office headed on a Zumthor tour – to his houses at Leis, his ship-like chapel at St Benedigt, and to his home and studio, where they were politely thrown out of his garden. They relished the telling off from the master. This may herald a change of attitude for 2019, but in the meantime, have a peaceful Christmas.