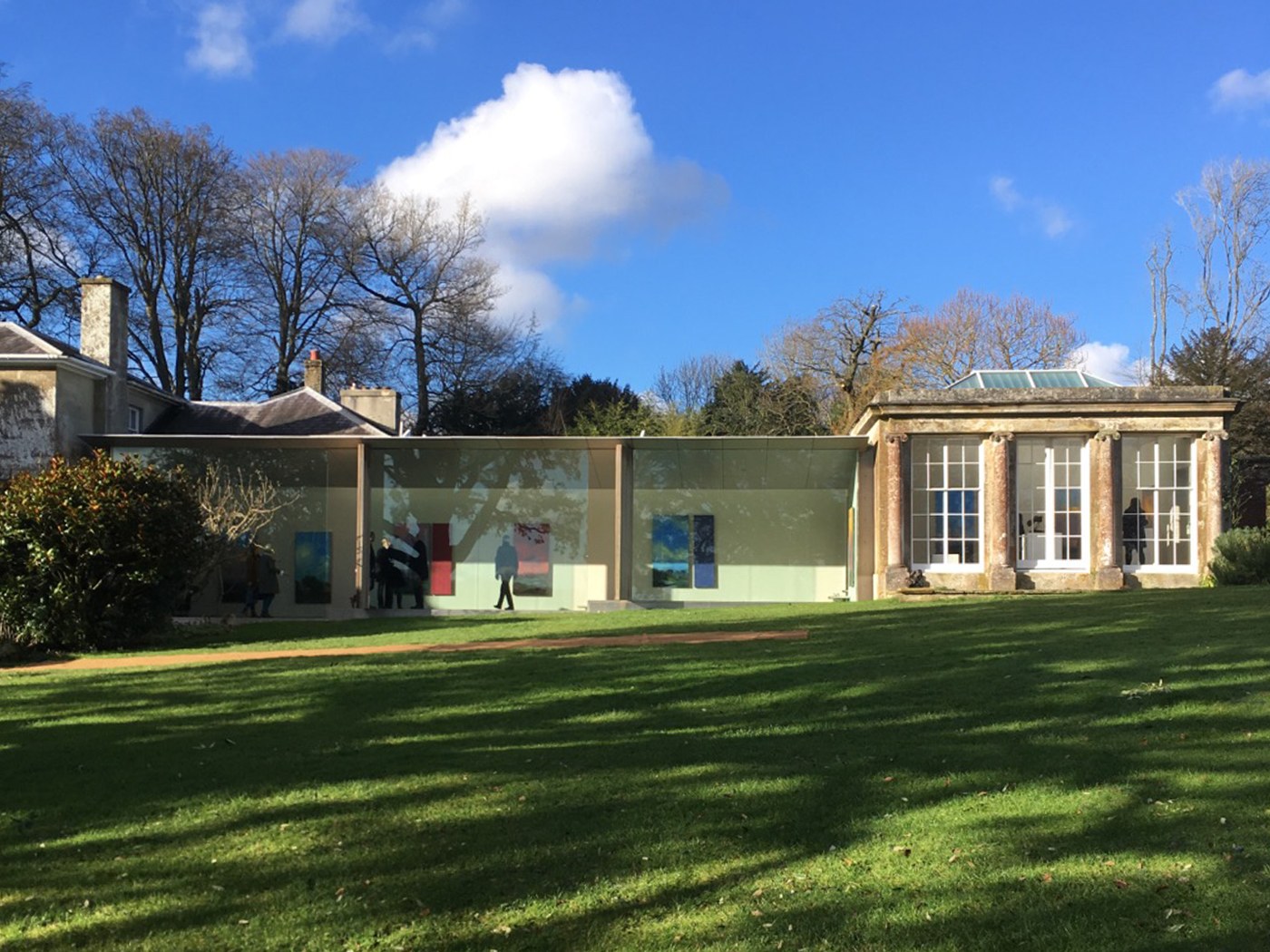 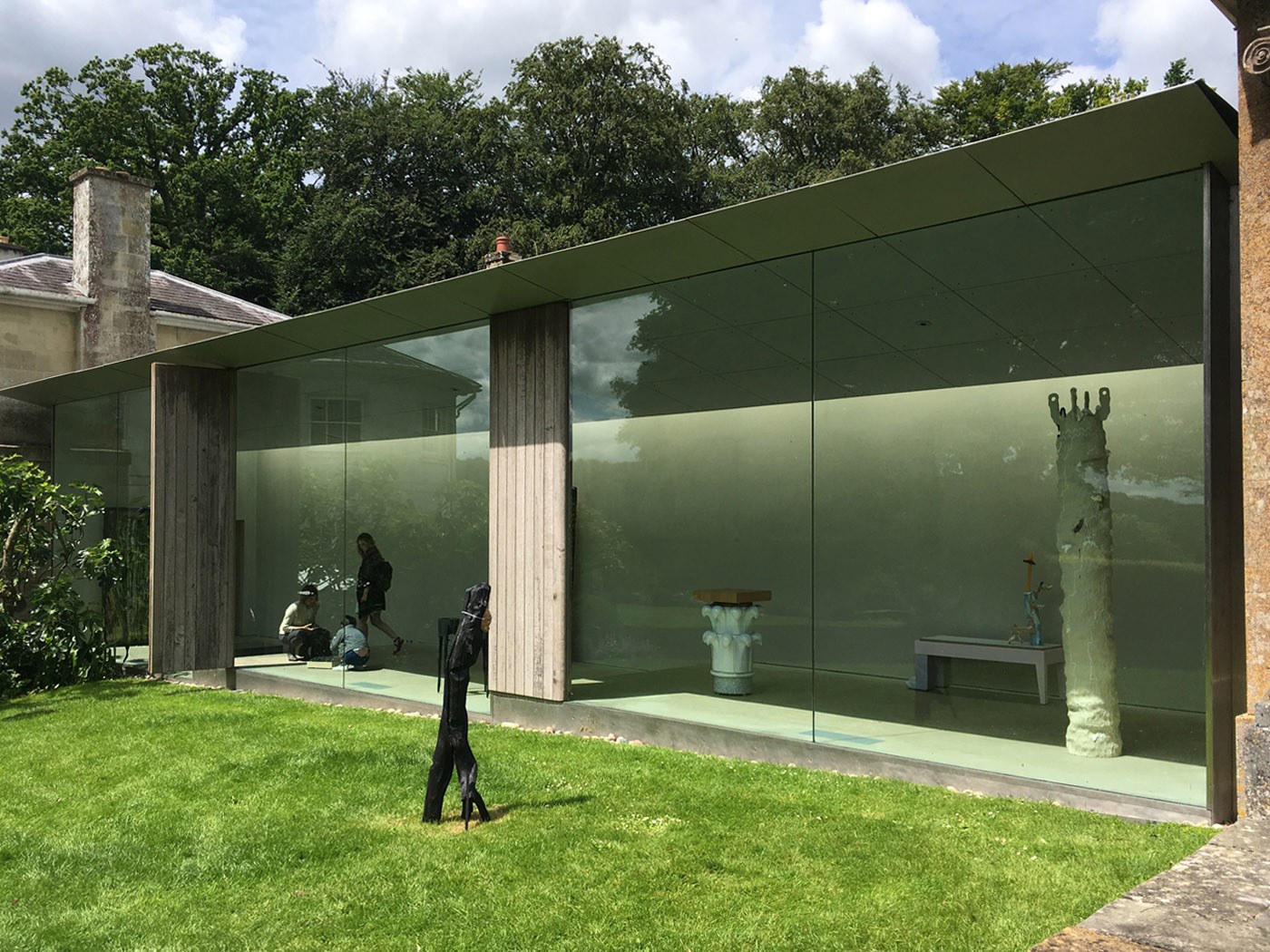 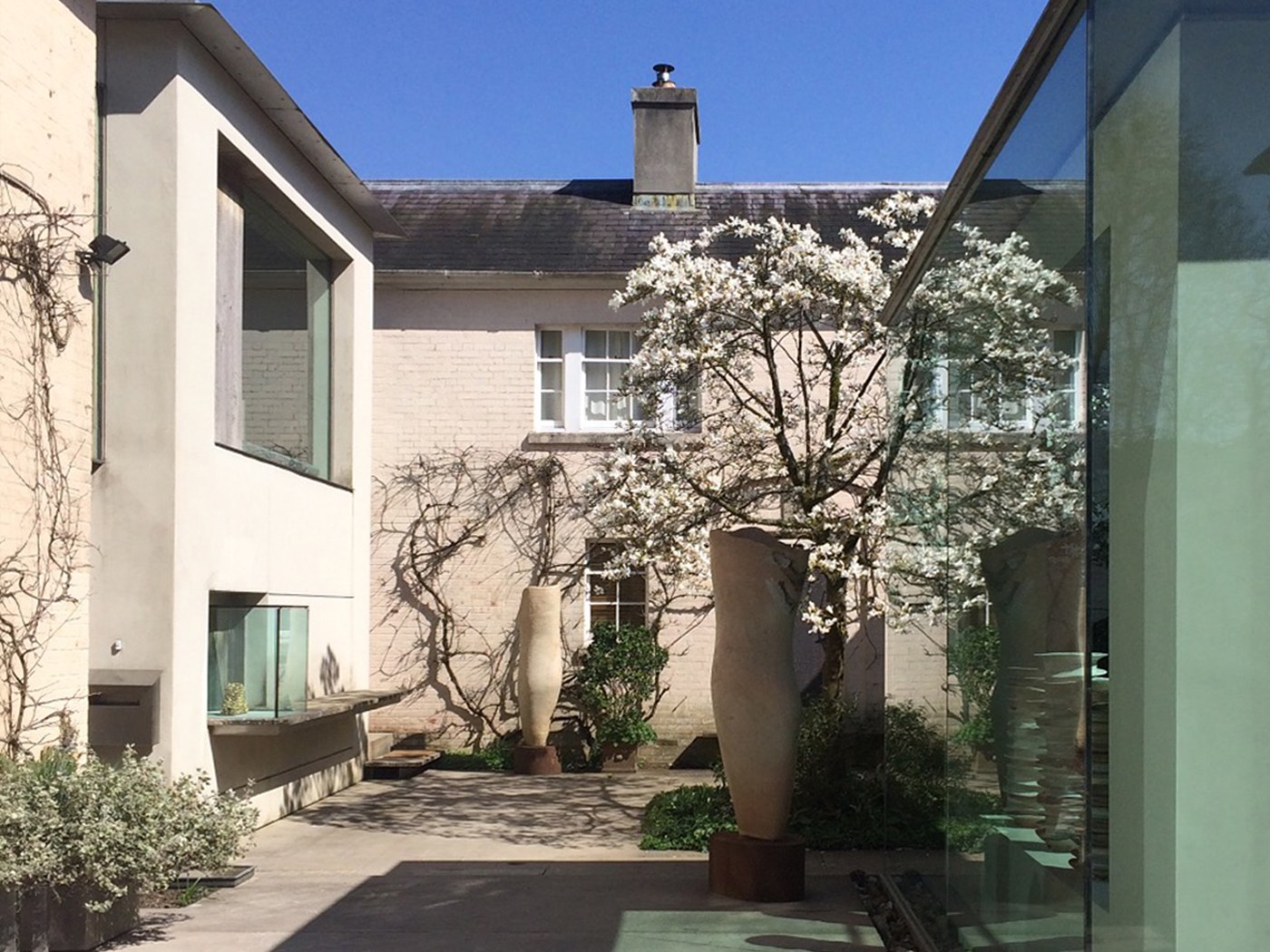 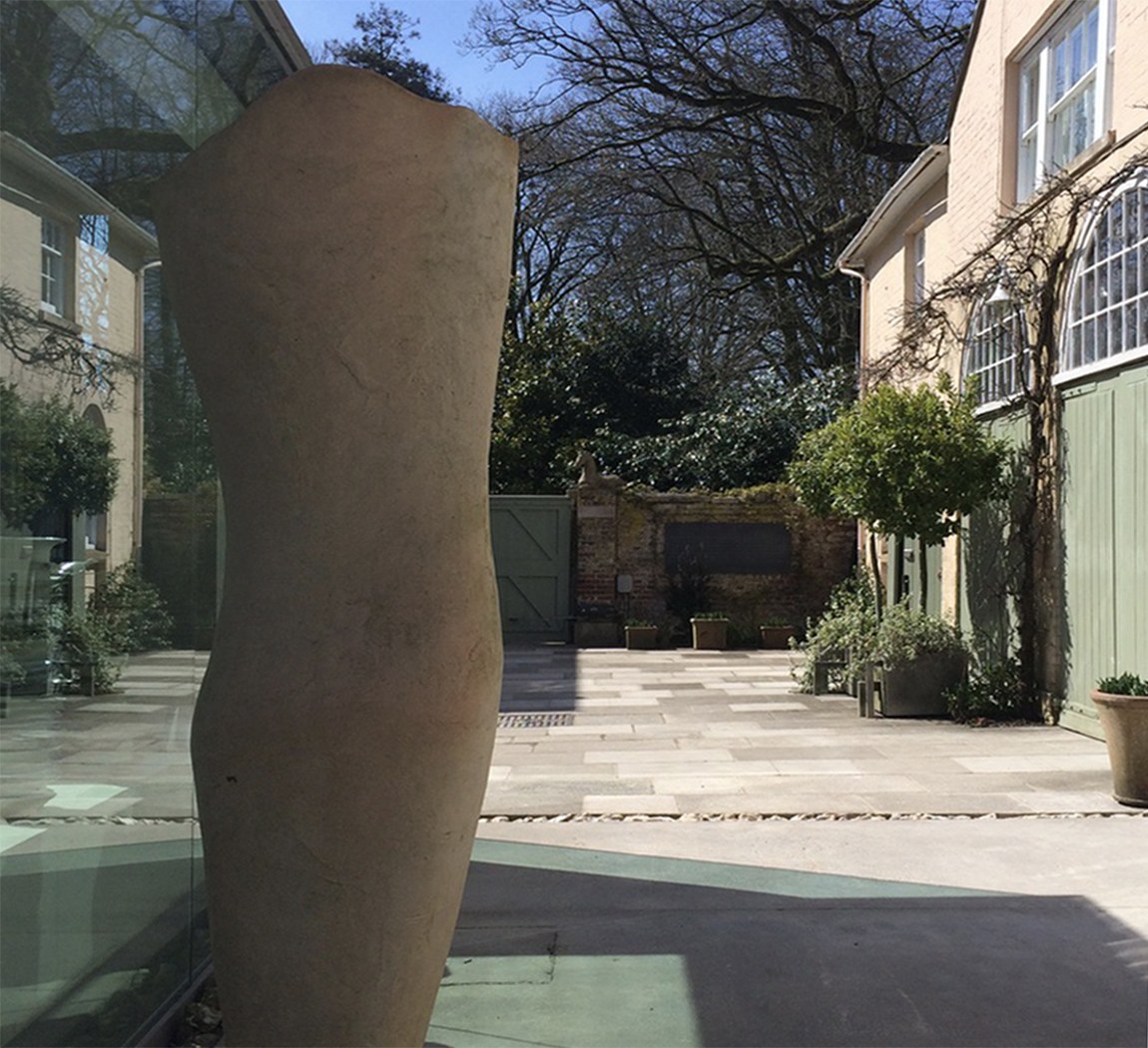 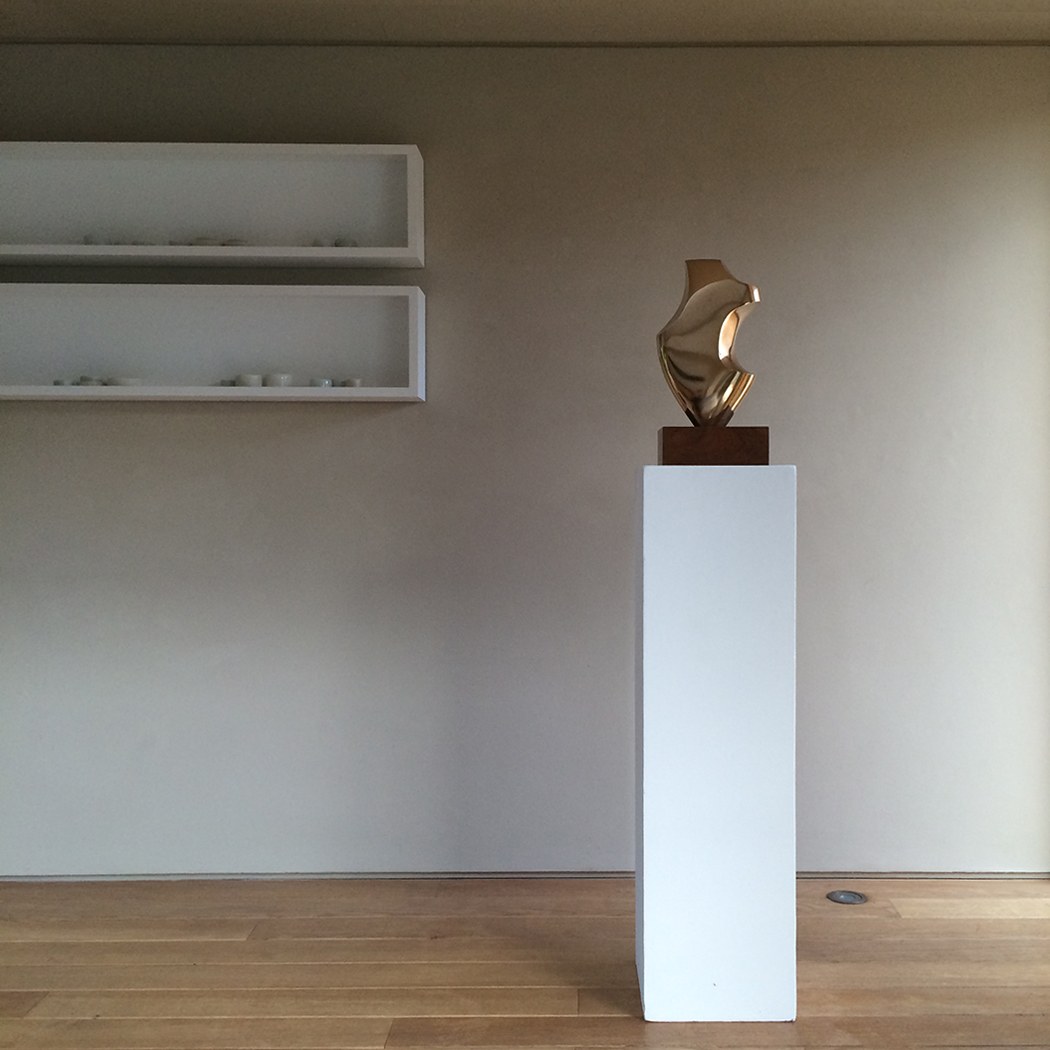 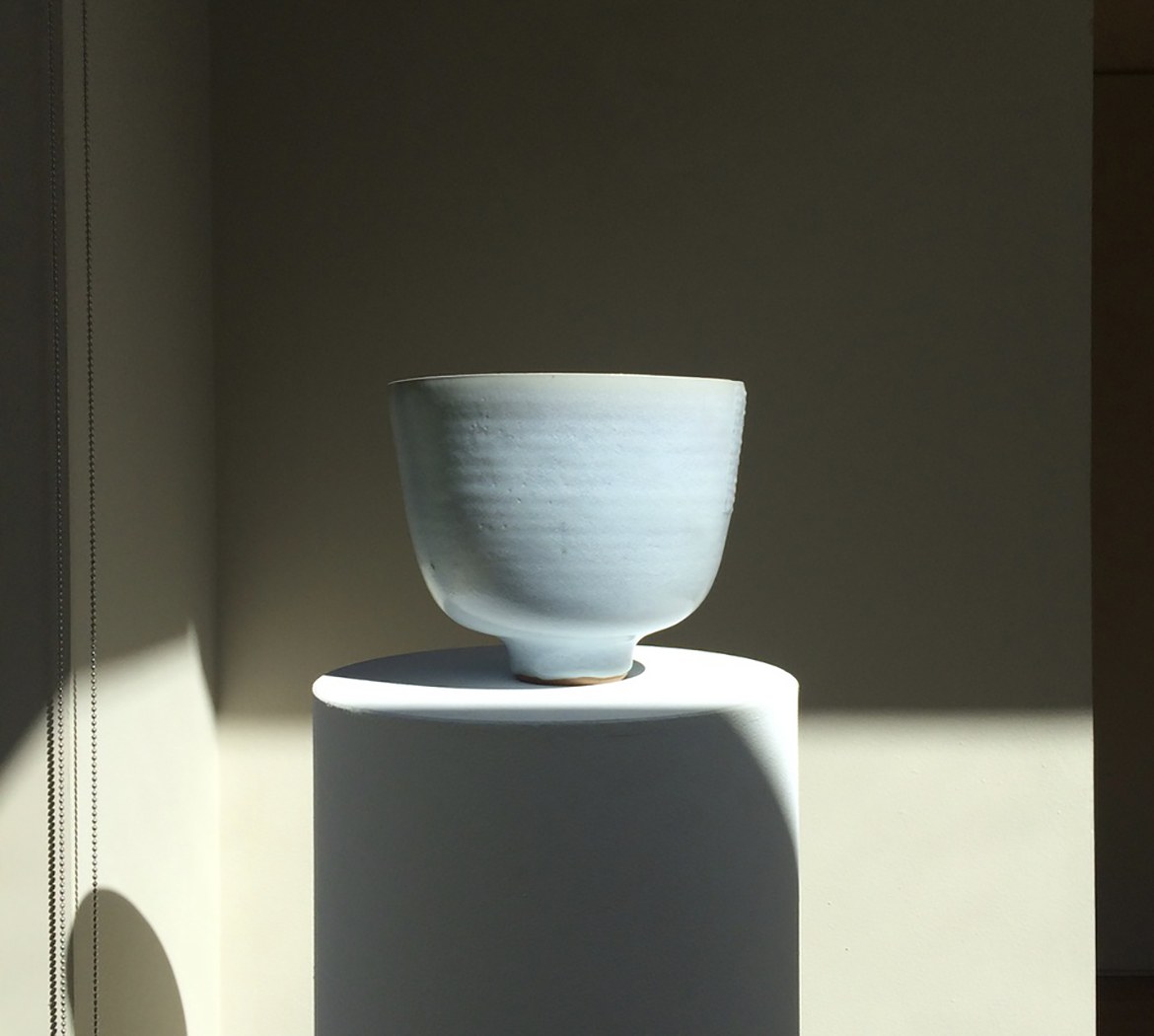 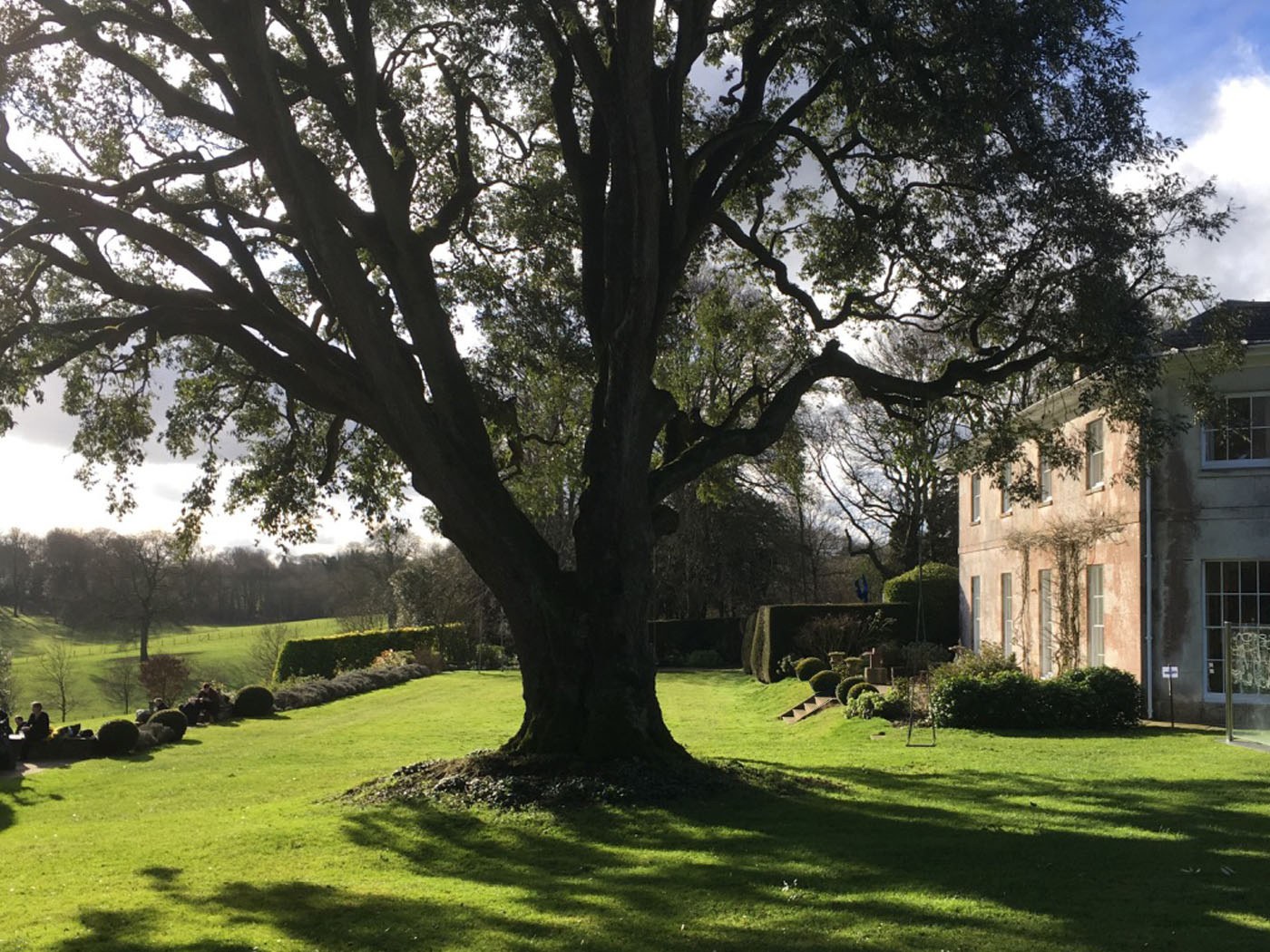 For what seem a few pleasant years that I realise now stretch to decades, I have been visiting and encouraging country-going friends to visit Roche Court in Wiltshire, home of Madeleine Bessborough and the gentle team of the New Art Centre gallery.

With the lease on her Sloane Street gallery up in 1994, Madeleine moved the New Art Centre to the country, so starting a new way of showing art – outside – and genre of gallery.

Initially art was shown in the gardens and park of the house, then latterly in the Gallery (added by Stephen Marshall in 1998), and in the Artists’ House (ditto, in 2001), allowing progressively smaller, and more domestic works to be shown.

Roche Court, its landscape, buildings and art, is a magical place. Sitting quietly in its hidden valley, the magic nestles where modern art meets classic English country house, showing how the one can be tamed and the other given life.

All works are for sale say the notes, although one feels some only if Madeleine were looking the other way, so much part of the landscape have they happily become.

But Madeleine, gallerist and Countess, would never be caught looking the other way. It always seems that her glasses catch you first, her youthful and infectious curiosity constantly looking forwards or peering around the next corner in search of the beautiful, the interesting and the new.

Madeleine tells the tale of the history of the gallery building, writing to the big architectural names of the day with her grand ambition and less grand budget, and ultimately finding Stephen Marshall in a magazine article read at the hairdresser’s. I remember reading about the gallery in the Architectural Review when I was finishing at Edinburgh. Coming south, rarely, nothing was lost in seeing it; the glazed space stretching between house and orangery remained the perfect architectural response; so perfect it is impossible to imagine Roche Court without it.

And I was bound to like the Artists House which followed, based as it is on Kettle’s Yard, through Madeleine’s lens the best interpretation of the original I can think of, probably because it primarily actually is a house for art and only passingly for living in. Architecturally, with a little relief, there is one detail I would have done differently, but otherwise it manages to offer the same sense of the perfect response as the gallery, but to a much more complicated brief and in a more complex context, this time tucked into what was a gap in the stable courtyard just behind the house.

Out in the park Gormley figures stared at each other across the bluebell wood before ever they stared across London roofs; a Richard Long line of flints (Tame Buzzard Line, 2001) gives form to his art and life to a dead tree. Madeleine’s late husband Arthur’s contribution to the scene was the herd of Limousin cattle which tread beyond, looking for all the world (and perhaps to anyone buying) like a fellow art installation, the exact colour of a rusted Gormley figure or Caro arch.

Roche Court openings are a particular blend of contradictory cultured Englishness, the coach full of arty folk leaving Tate Britain on an invariably wet Saturday morning, arriving in Wiltshire to perfect sunshine; speeches on the lawn, a look around the show, and lunch served in the willow-patterned dining room, eaten perched on the side of a sofa under a Pasmore, looking out through a parting in the English hills to an unexpected view reaching almost to the south coast. It all feels exactly as expected yet entirely unexpected.

It is hard to conceive of perfection, but it would probably be this sense of the permanent with the new. Finding the house still sitting at the end of its hidden drive, its severe Chilmark stone protected under broad eaves, then surrounded by art, manages to be unexpected every time, as if were you to come again it would be gone, and making you savour it the more.