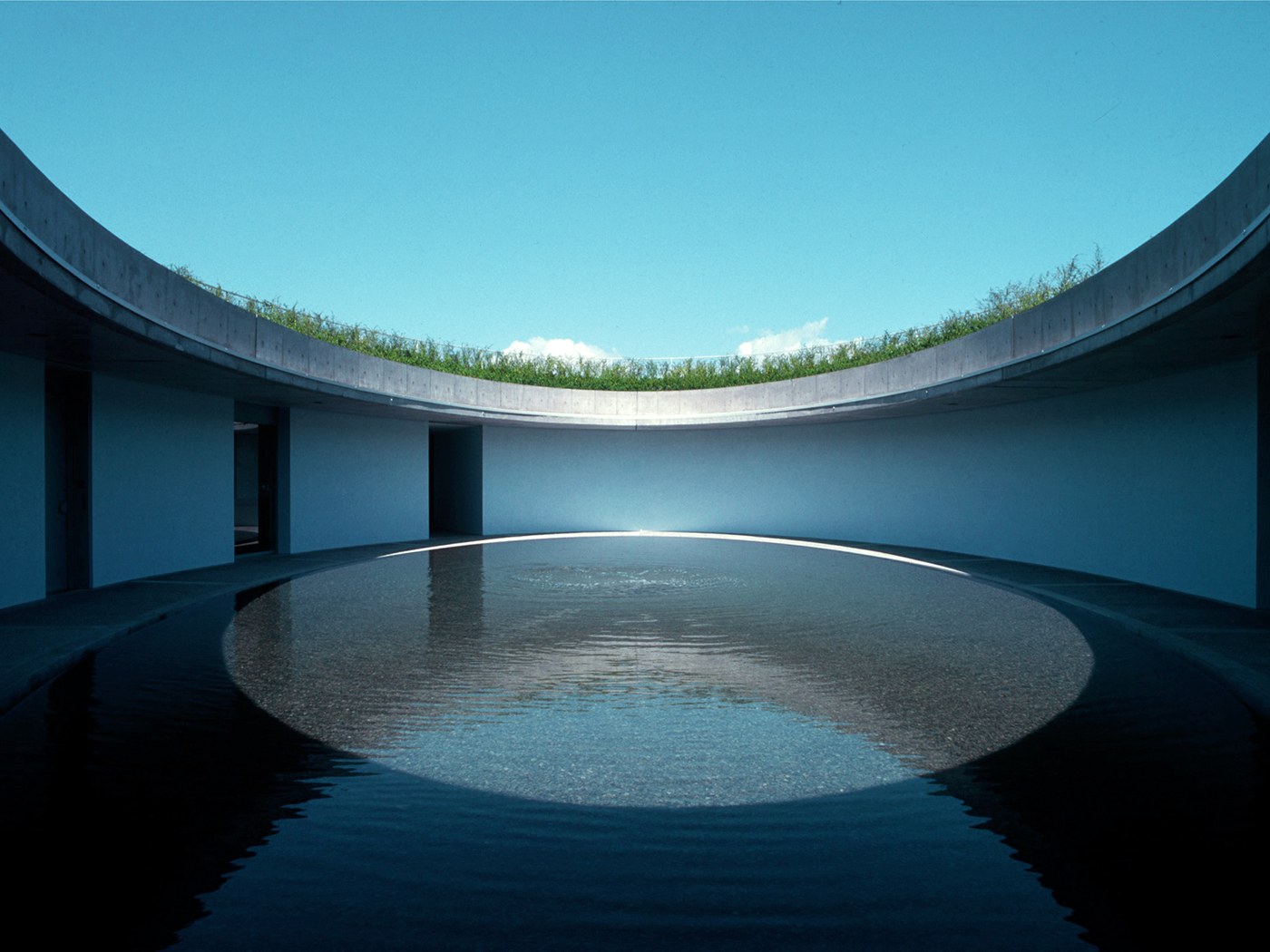 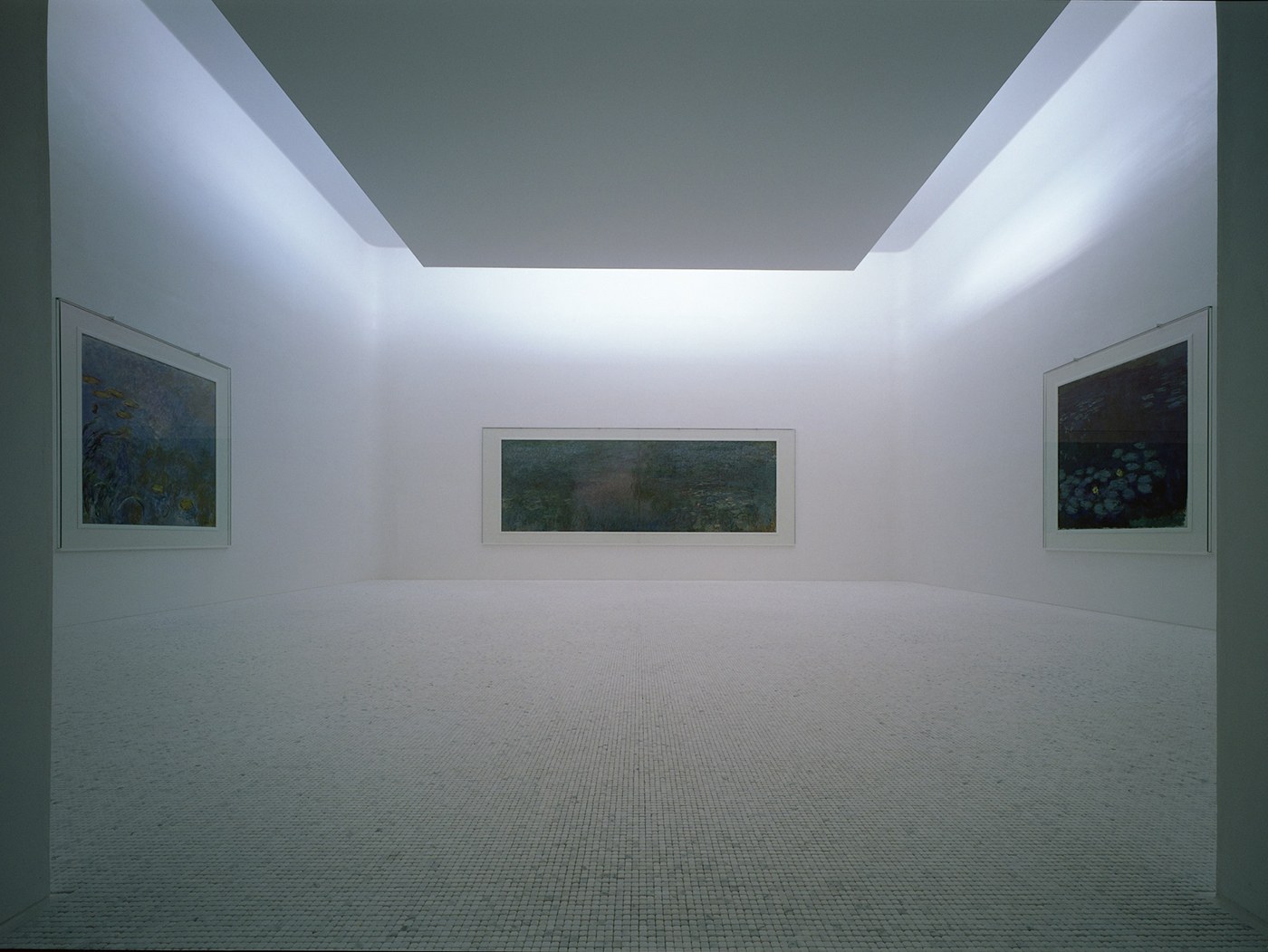 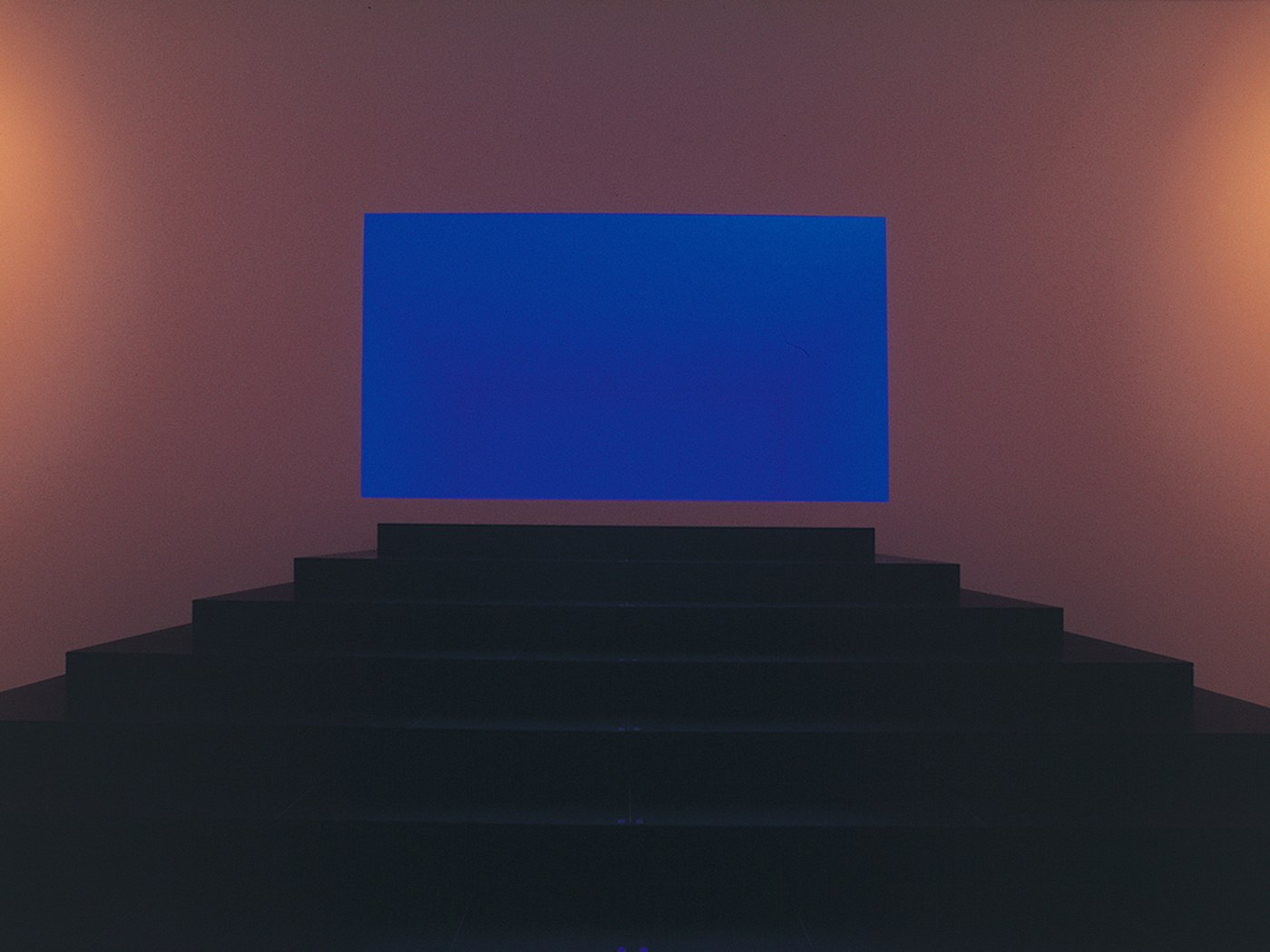 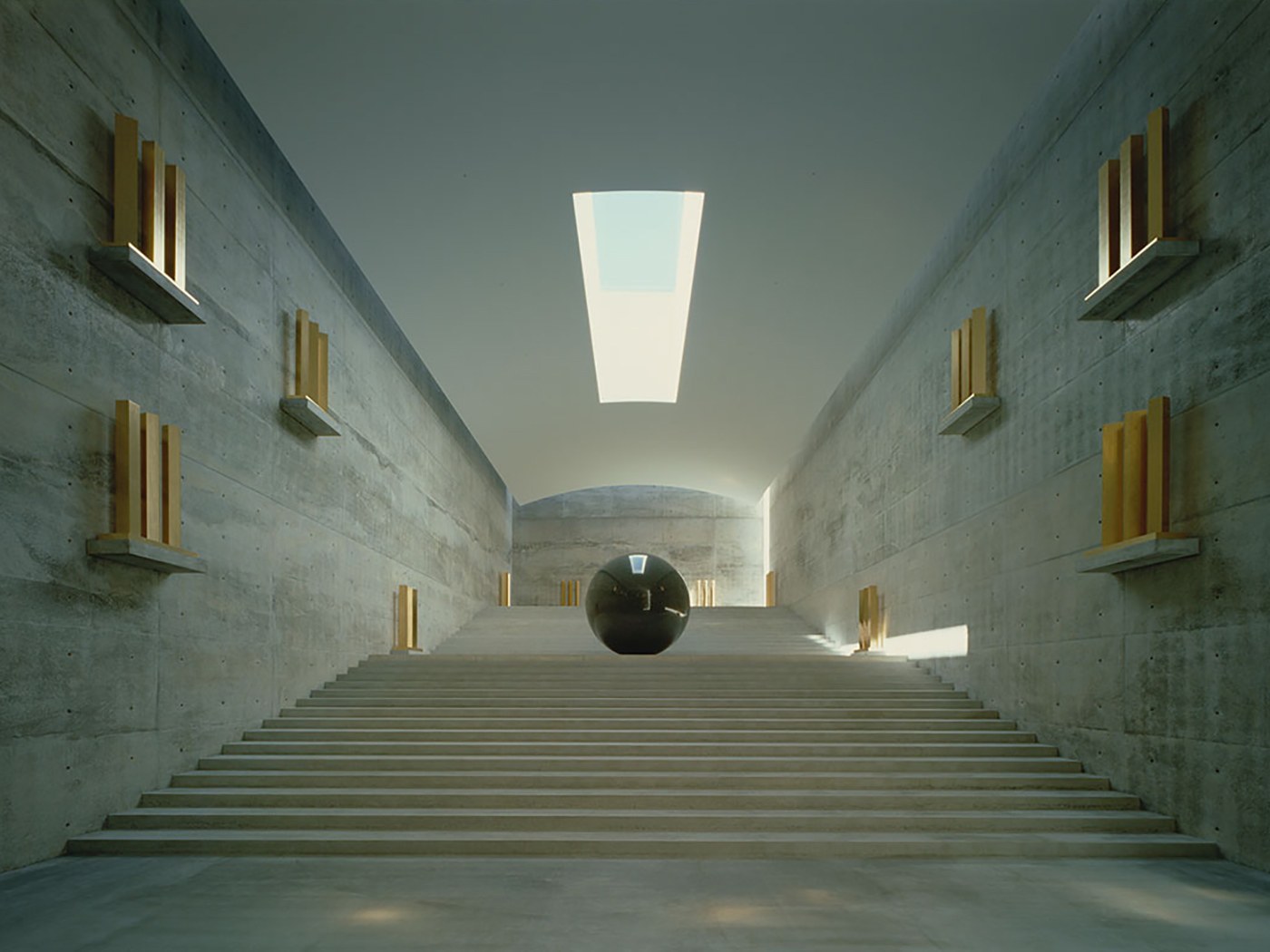 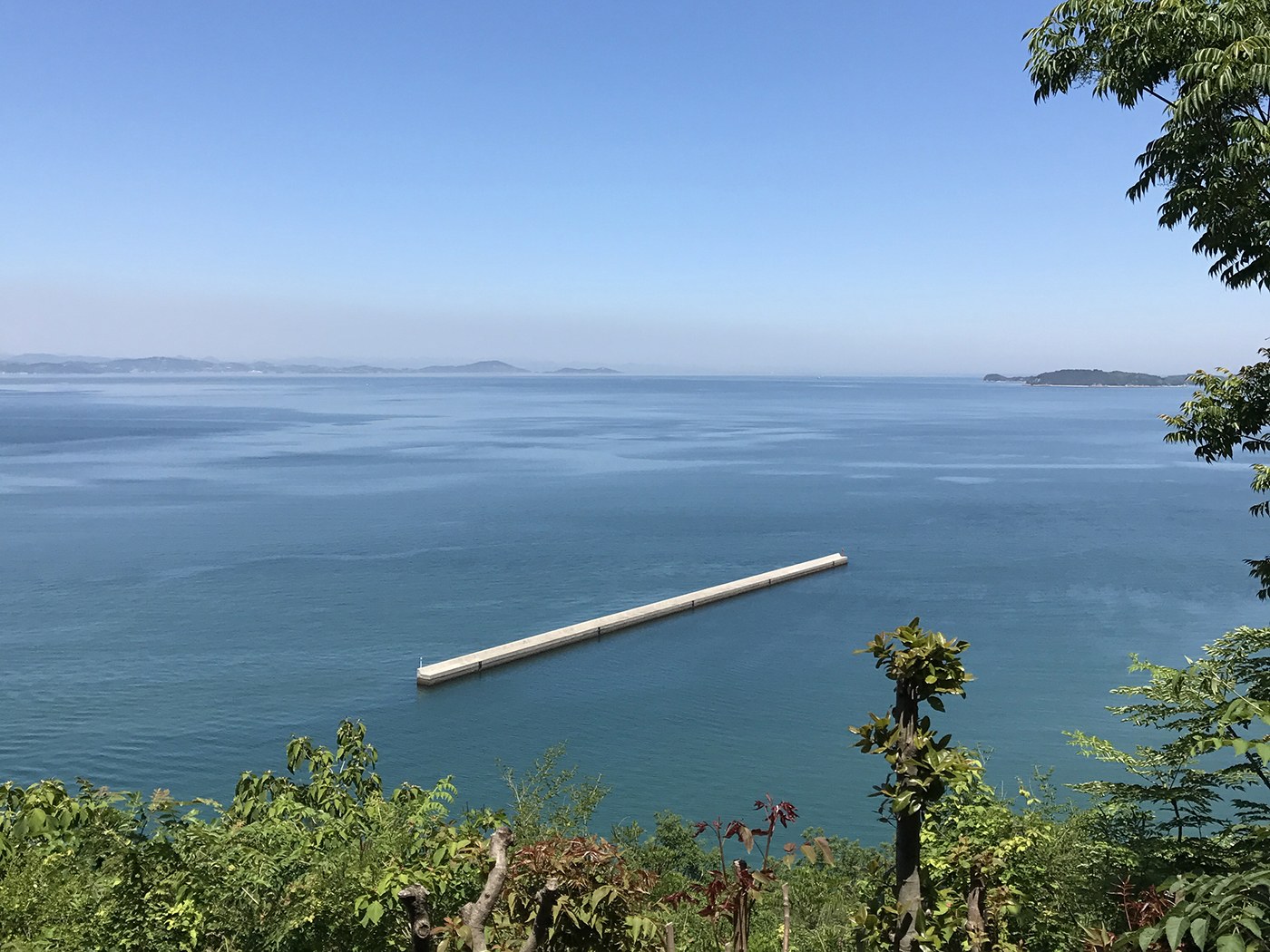 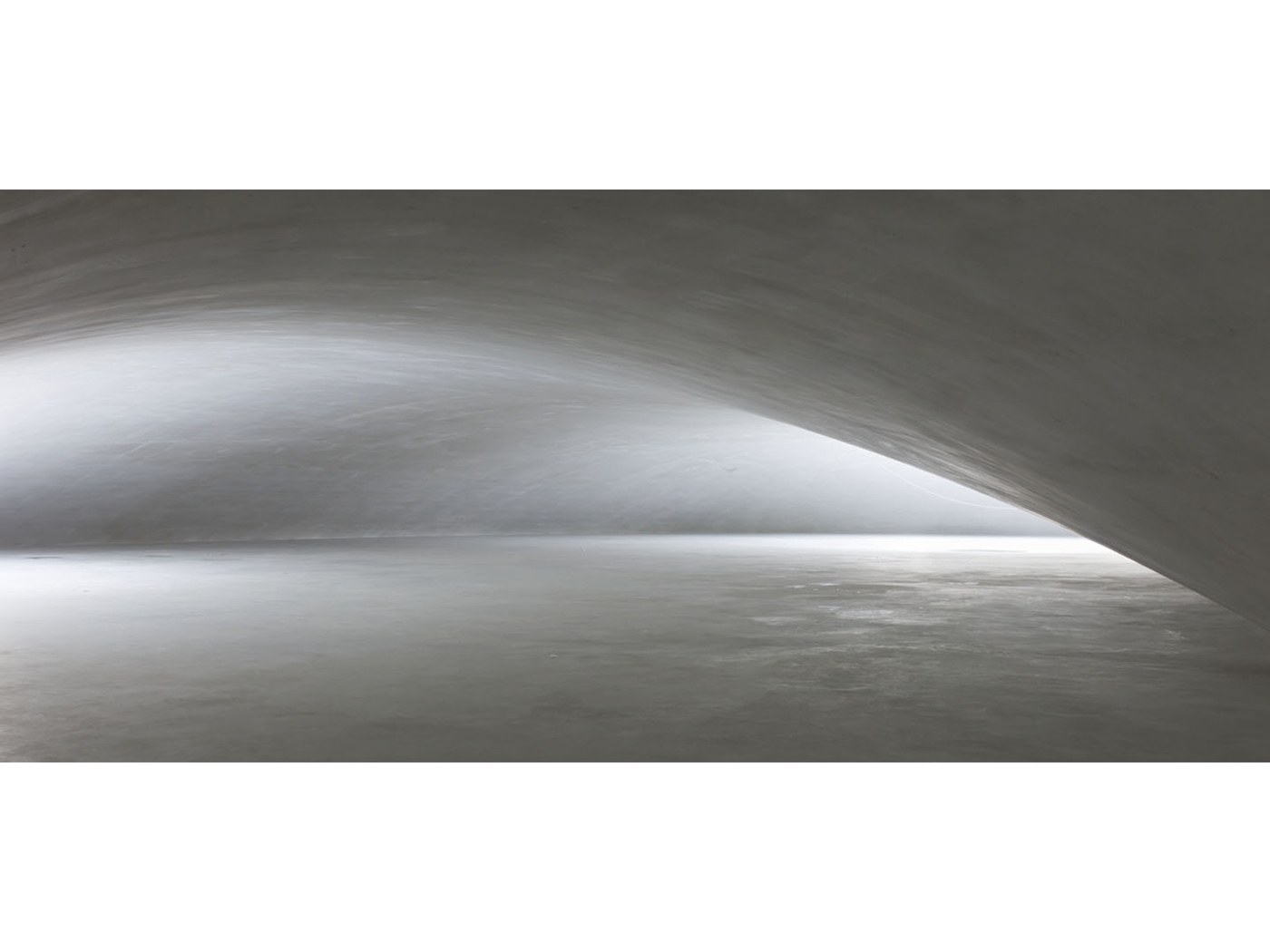 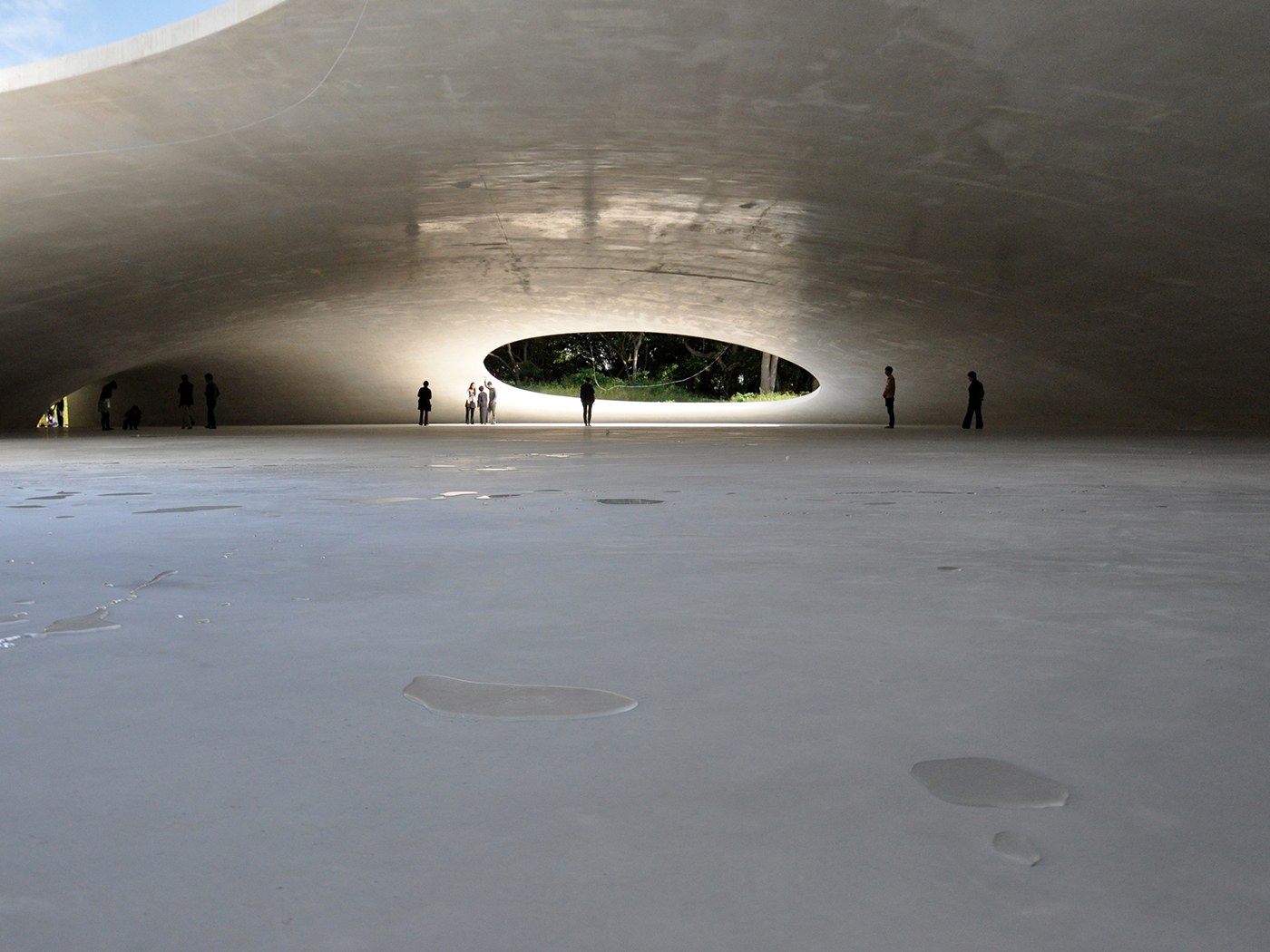 Naoshima was amazing; and at the same time a little disturbing. Still, to provide both reactions solely through architecture and art is powerful.

Three neighbouring Tadao Ando works, the Benesse Hotel (1988/1995) and gallery (1988) and ChiChu Art Museum (2004), sit on an island in the Seto Sea in full Bond-baddy lair mode – like, after dinner at Benesse there was a monorail snaking up the mountain to an oval reflecting chamber, and the ChiChu galleries are built entirely underground.

Actually, the monorail may have been a figment of my jetlag as I couldn’t find it the next morning, and the oval chamber was shut behind a locked door. I didn’t have my camera at dinner for proof. Photos generally were banned, adding somehow to a sense of claustrophobia, visitors as trapped as the artworks (images are from the guidebooks).

The floor of ungrouted marble mosaics was beautiful, but trapped in a bunker on top of an island, I wanted to set Monet’s waterlilies free. [And then at Ryoan-ji there they were, liberated.] For all their natural lighting, they couldn’t enjoy the view. Nor, inexplicably, could we.

Being able to walk up the stage and into the Turrell light sculpture was pretty intense.

I didn’t understand the Walter de Maria, though I was interested in the geometry of reflections on the giant granite ball. It felt like the home of a sect. I don’t think that was supposed to be the point. Perhaps a clue is in the name: ChiChu Museum not Gallery, the works ossified not living.

Leaving the Walter de Maria installation, every visitor turned right to the end of the corridor, only to find the door closed, returning sheepishly. This seemed to summarise Ando’s work: toplight glancing across the back of a concrete curve, with a door to either side, one door leading to a magical room hung with mind-expanding art; the other to the broom cupboard. It seemed a little accidental, and curiously pompous for something so abstract.

Matrix (2010) on Teshima feels inevitable but is a work of astonishing commitment. By patron (the Fukutake Foundation), artist (Rei Naito), architect (Ryue Nishizawa), and then, least of all, by the visitor, even if they have flown halfway around the globe, taken bullet and local trains, two ferries and an electric bike to get there.

In retrospect the artwork starts on the ferry, continues on the electric bike ride across the island, but at the site you first follow a path to the edge of the island to look out over blue seas. Returning and removing shoes, the only instruction, you pass through an arch into a huge irregular shallow dome, of about 40 x 60m, in lime-white concrete. The edge of the dome comes down to the floor, which is also in soft concrete.

Two circular openings in the shell look up into the tree canopy. Across each opening a single piece of thread is played with by the breeze, and under each is a shallow pool of water.

The acoustic effect is intense. Silence is intuitive, and sound is only of the wind gently rustling through trees. You can hear the air.

Walking around the space, it takes a while before you notice that the floor minutely undulates, and then a little after that the water on the ground is moving.

Sitting cross-legged on the floor, for perhaps fifteen minutes but which could be hours, watching rivulets of water form from springs the size of the hole on a salt shaker, snaking, joining, separating, re-forming, in a quiet battle made manifest between surface tension and gravity. You enter an other state.

Without needing to say in large letters ZEN EXPERIENCE HERE, that is what, far on this quiet island, you realise it has provided.