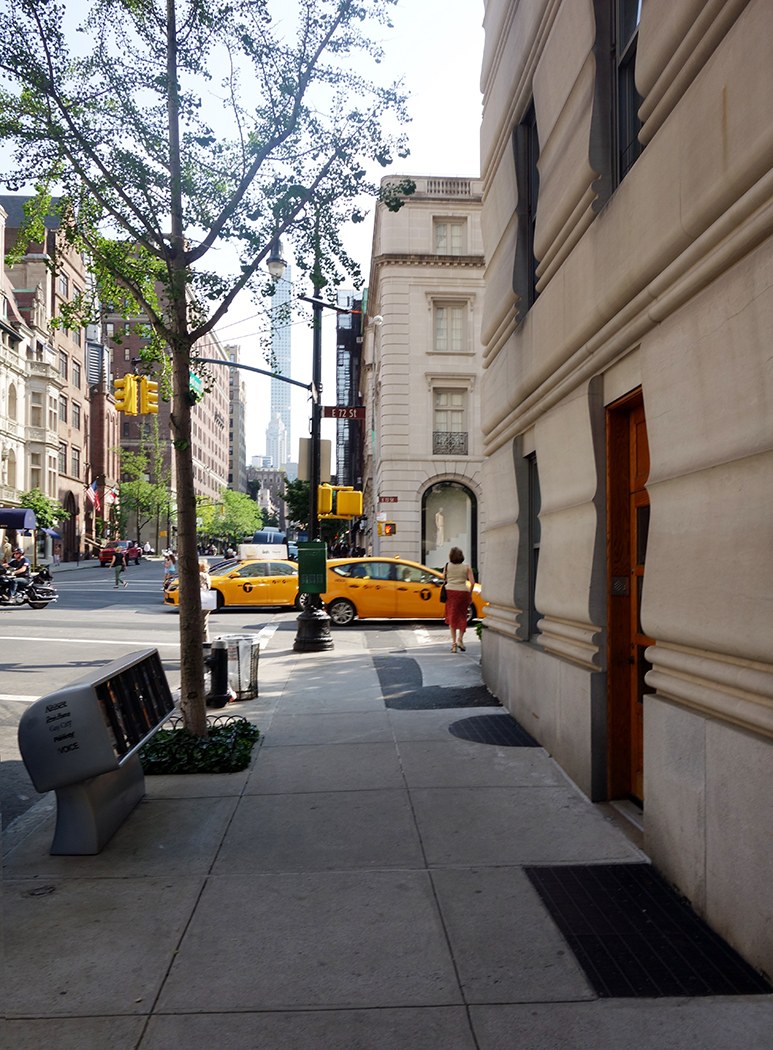 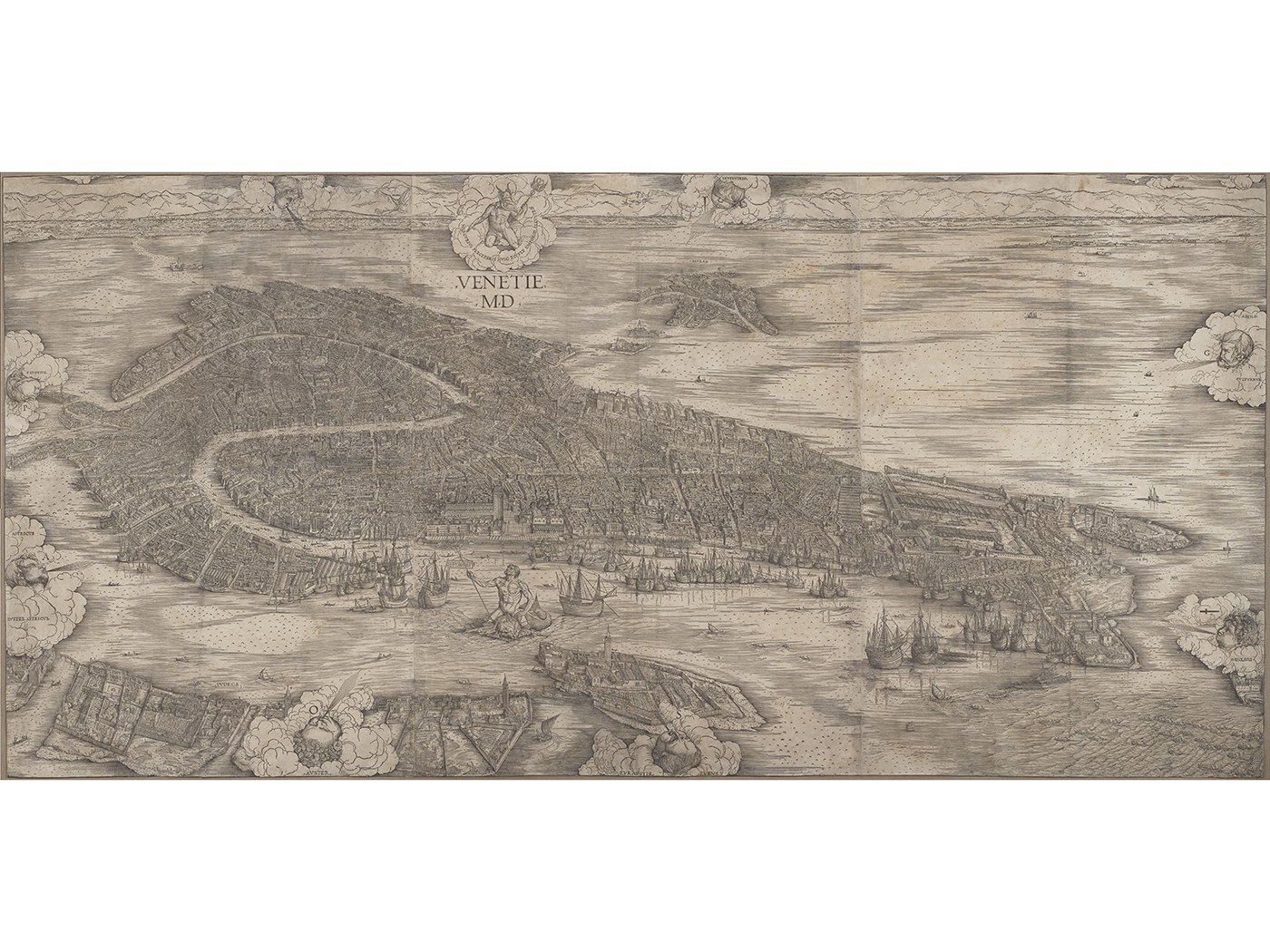 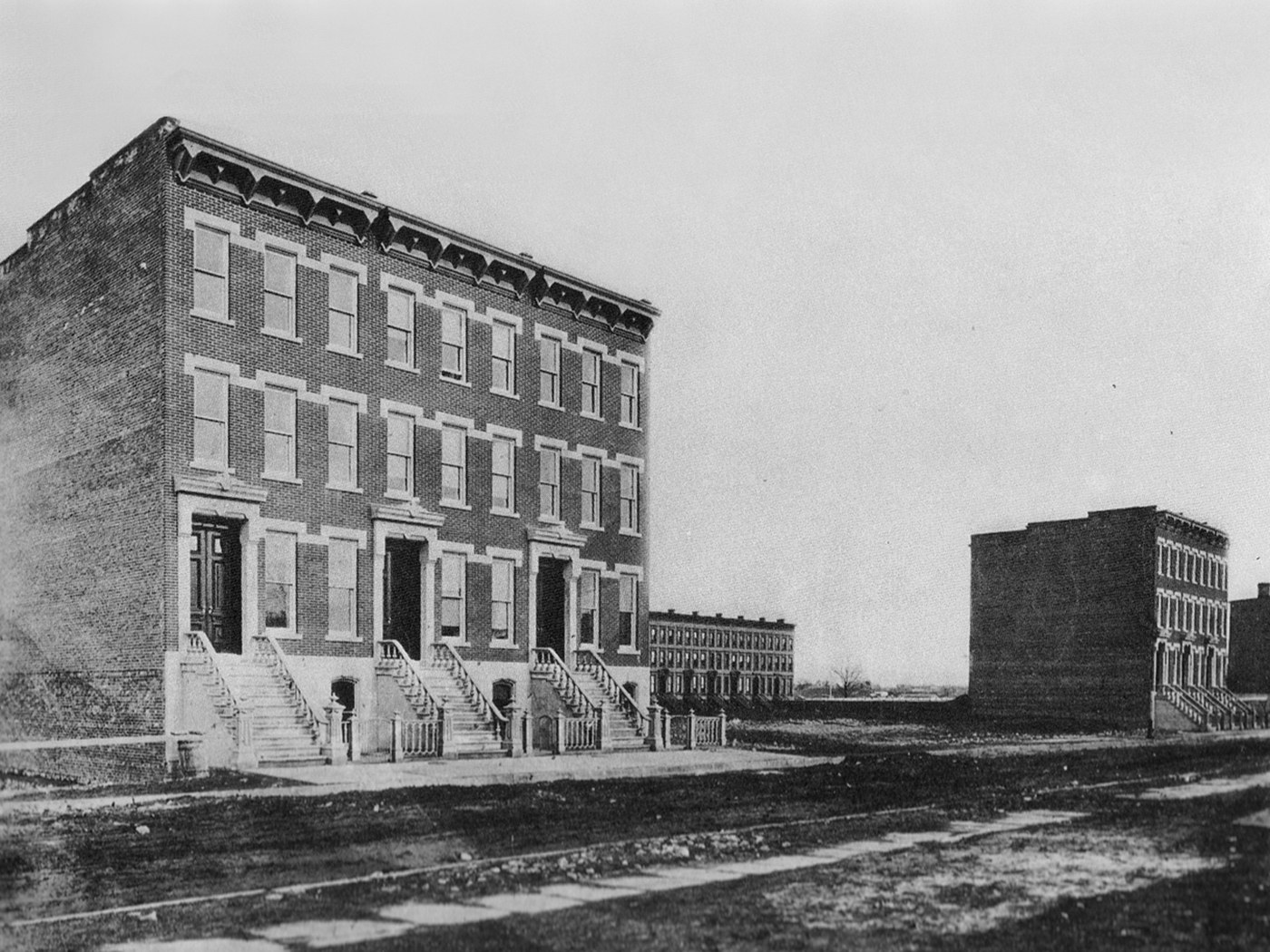 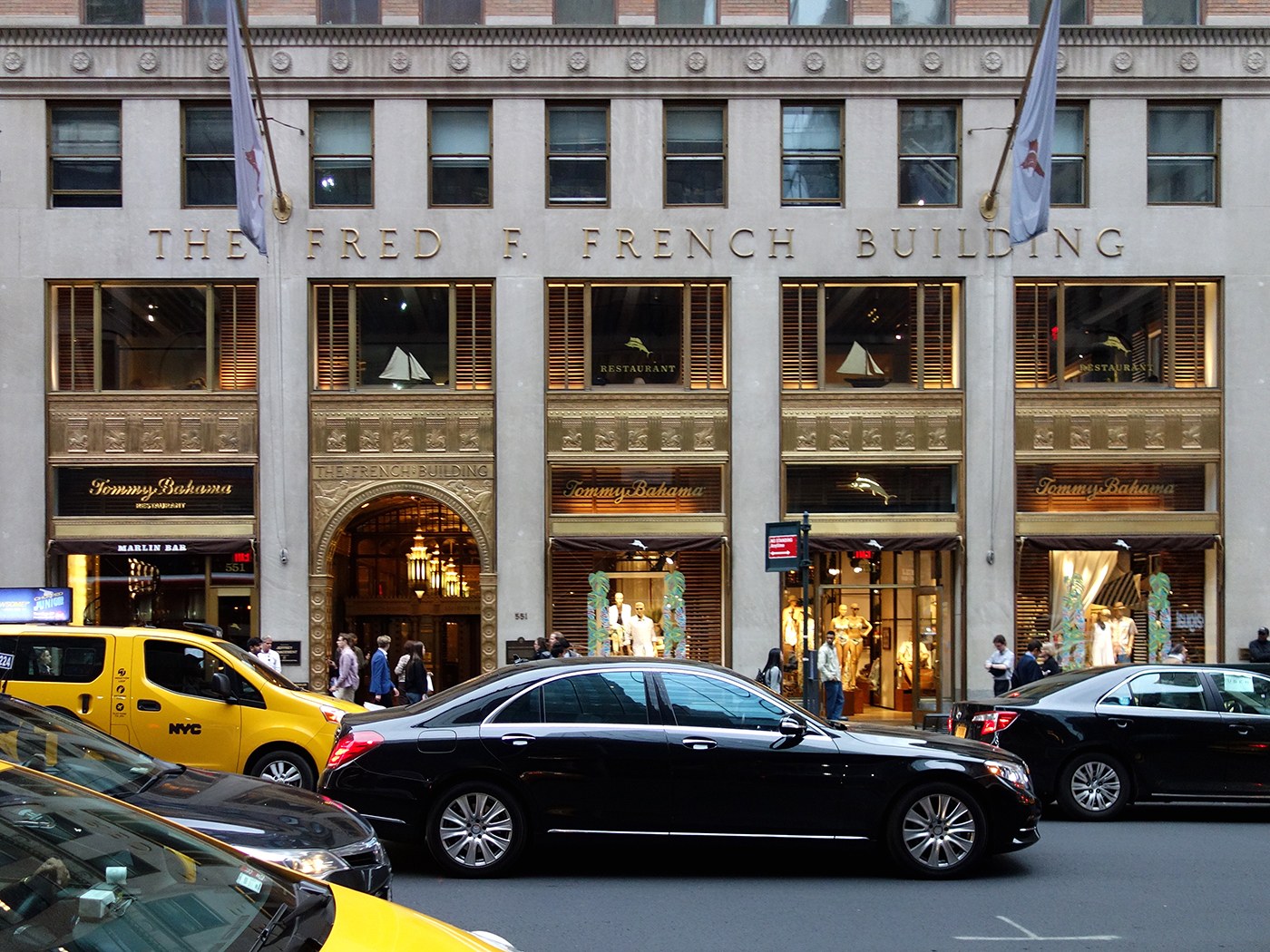 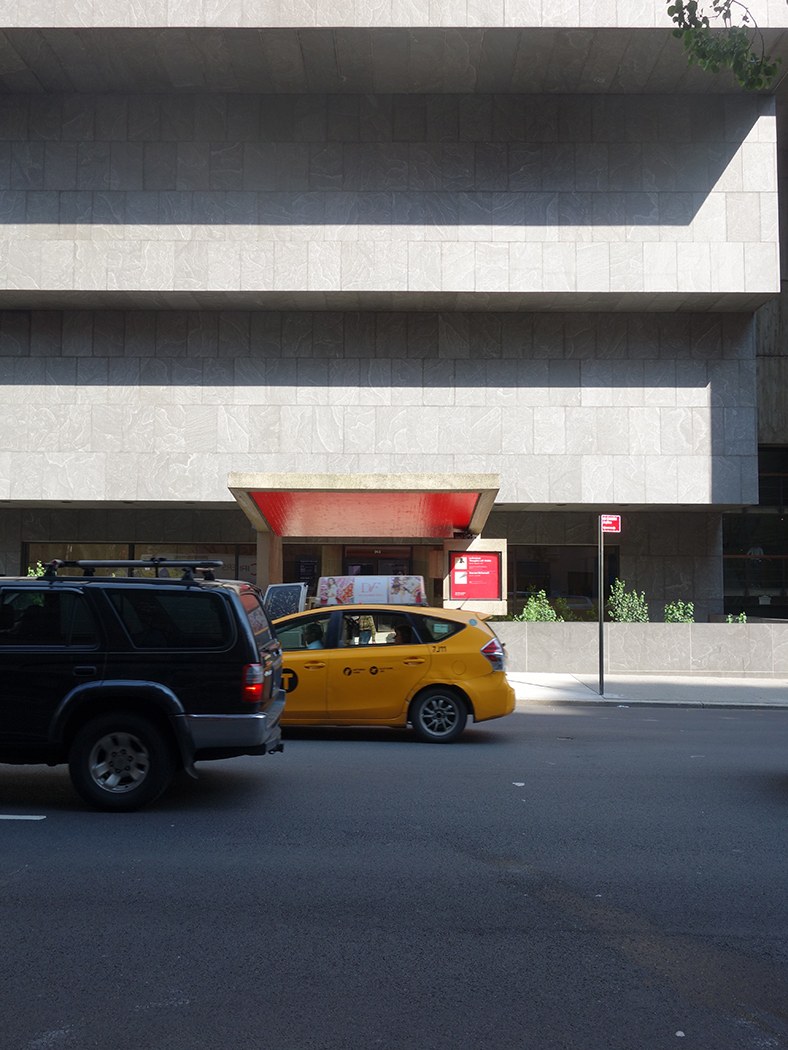 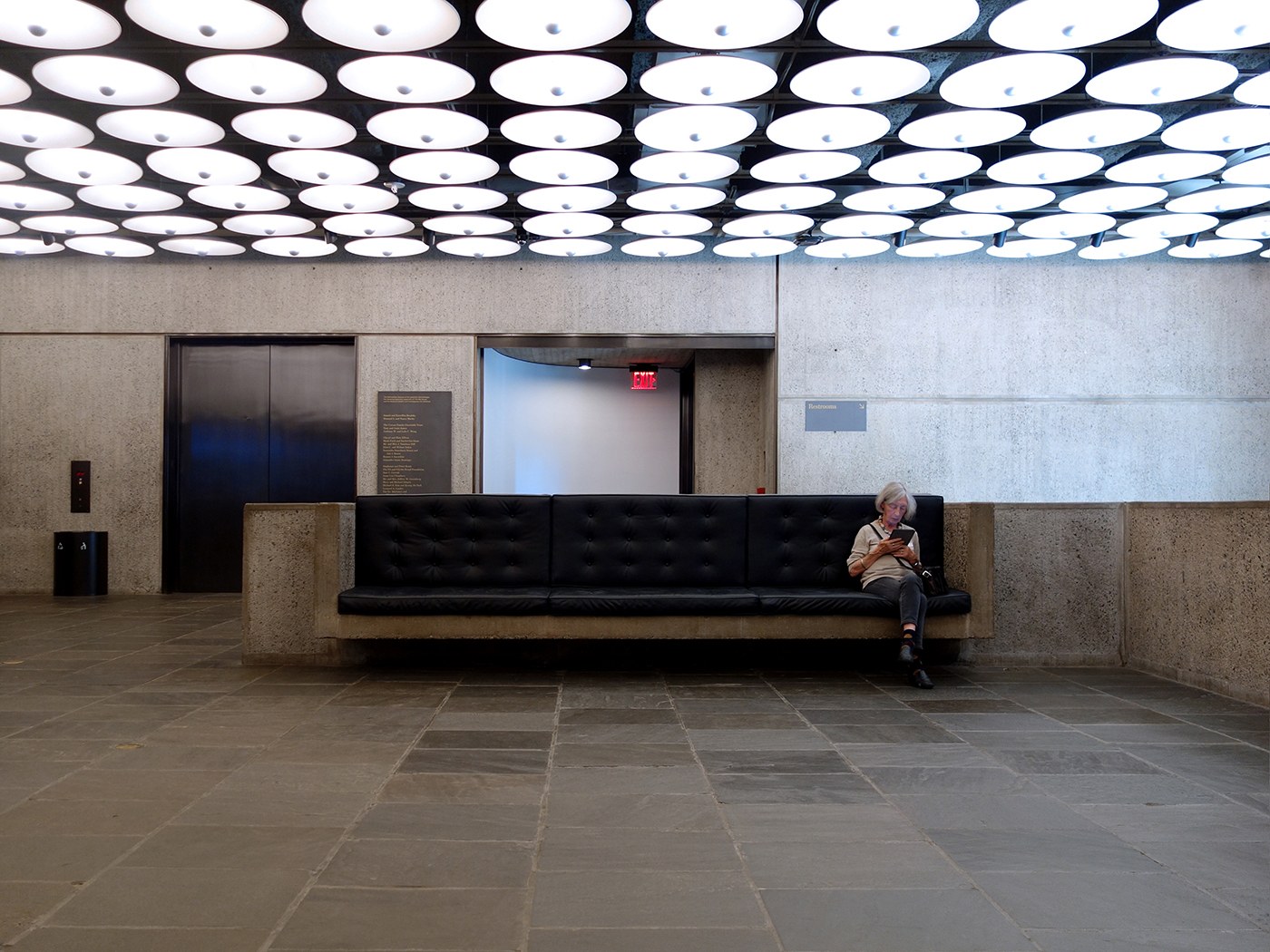 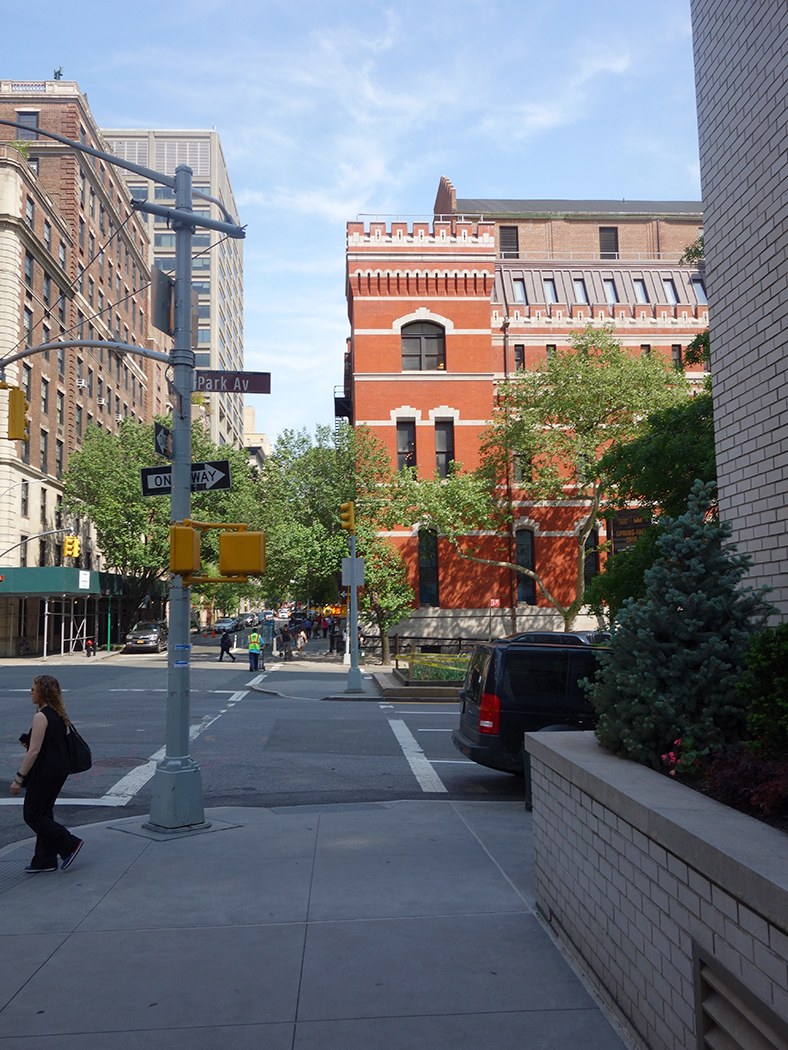 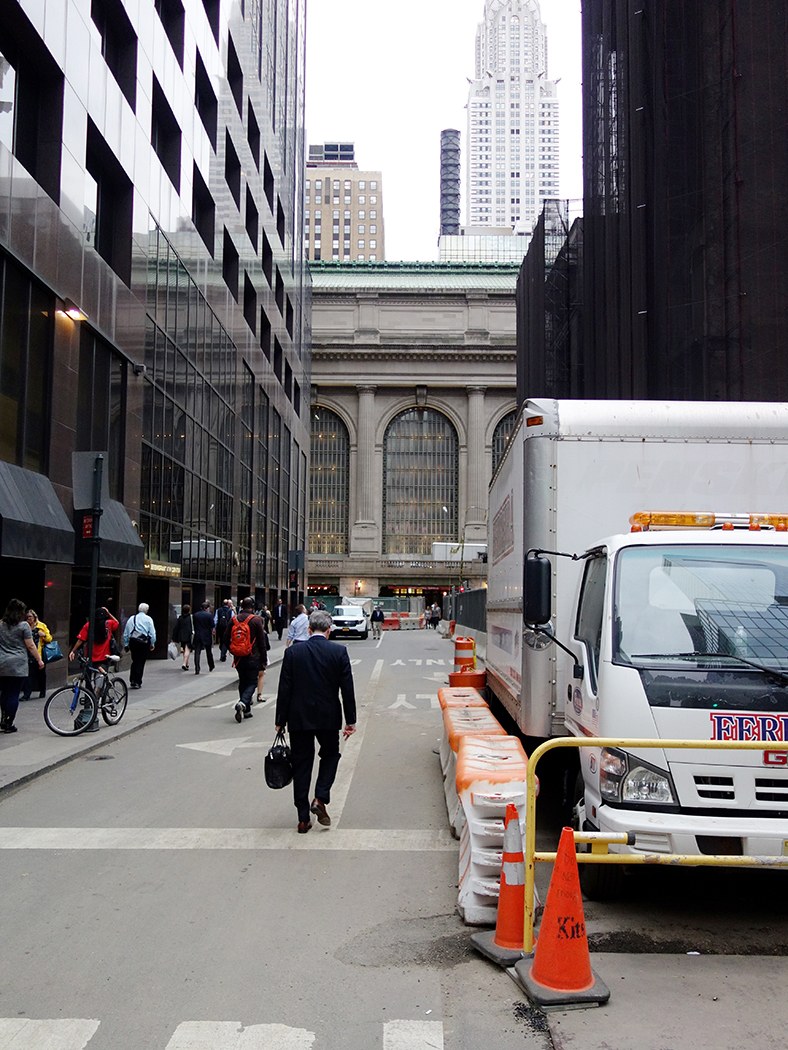 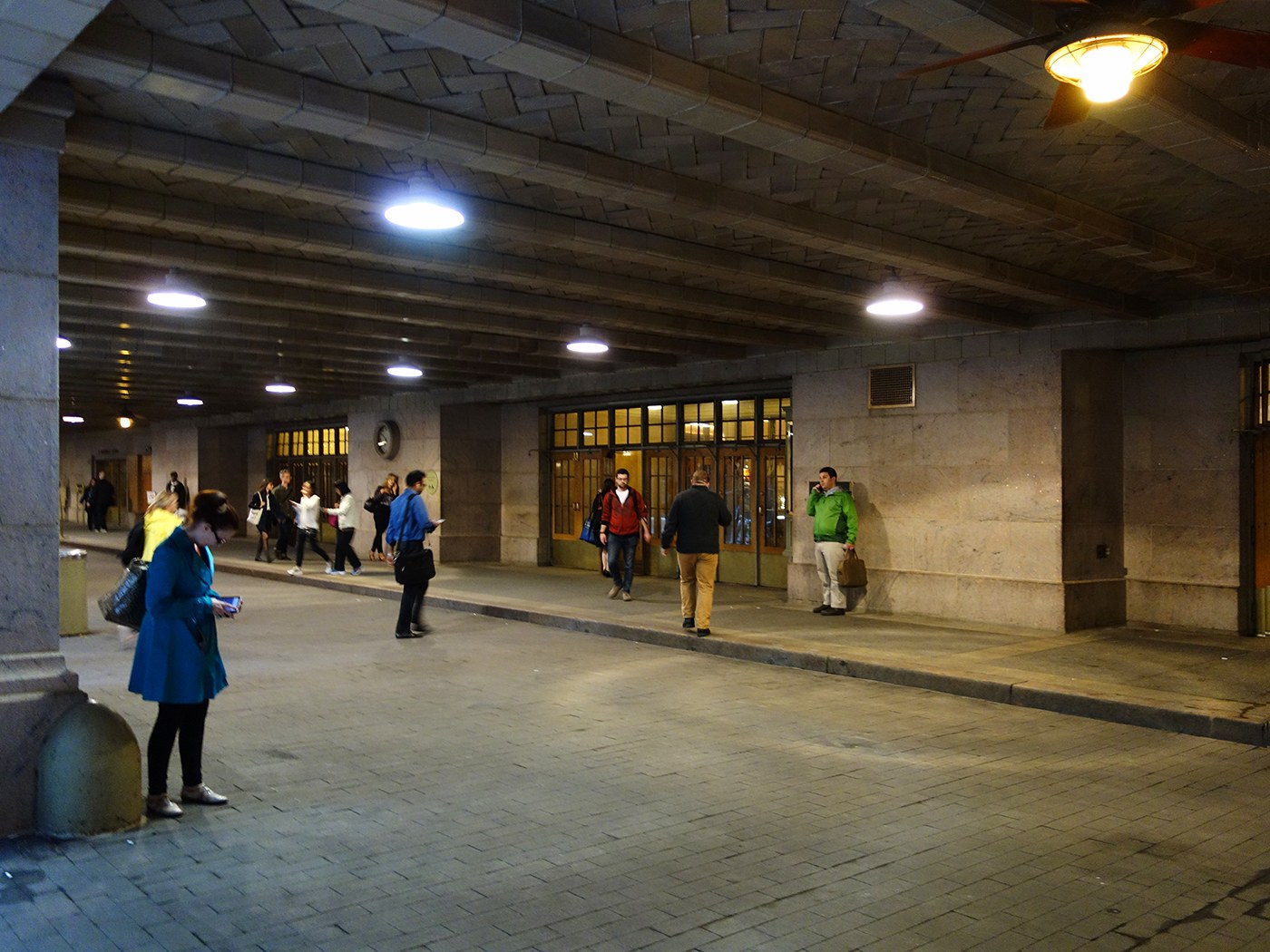 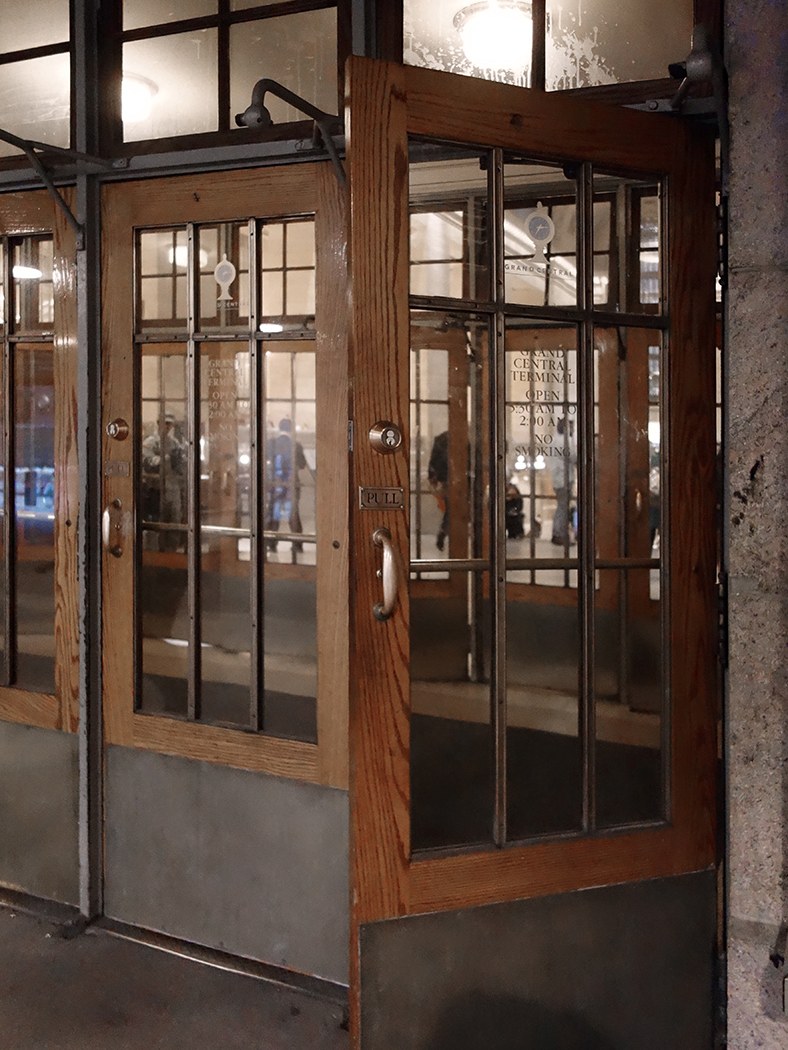 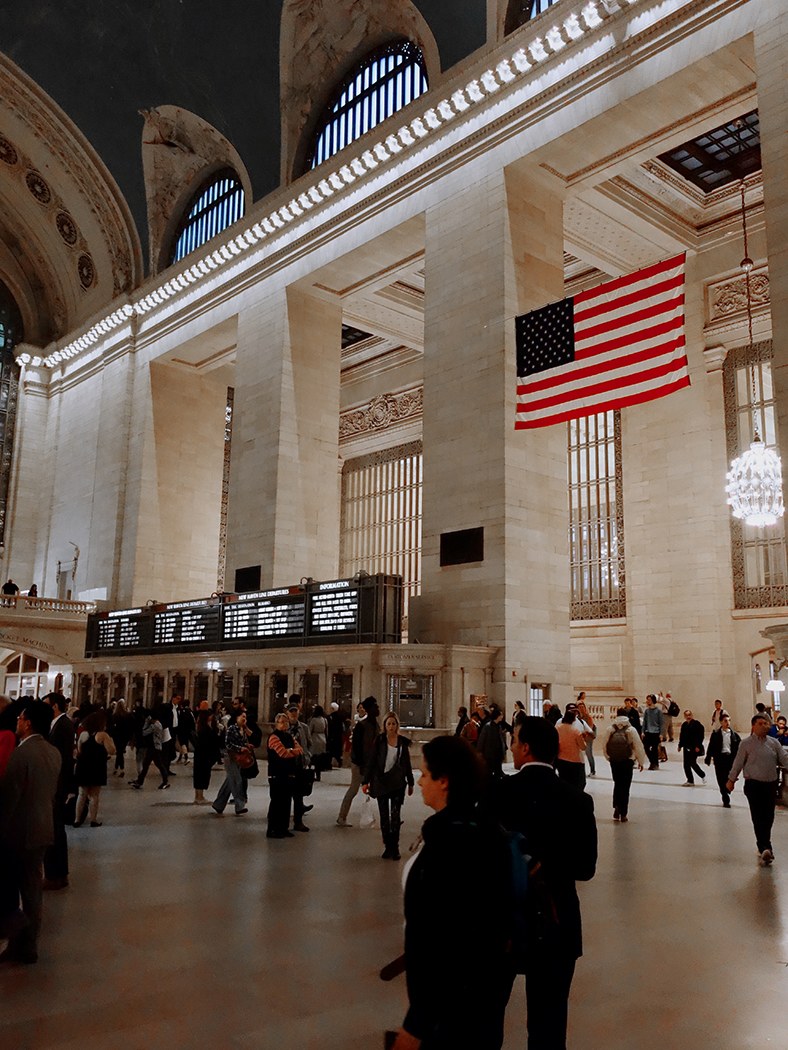 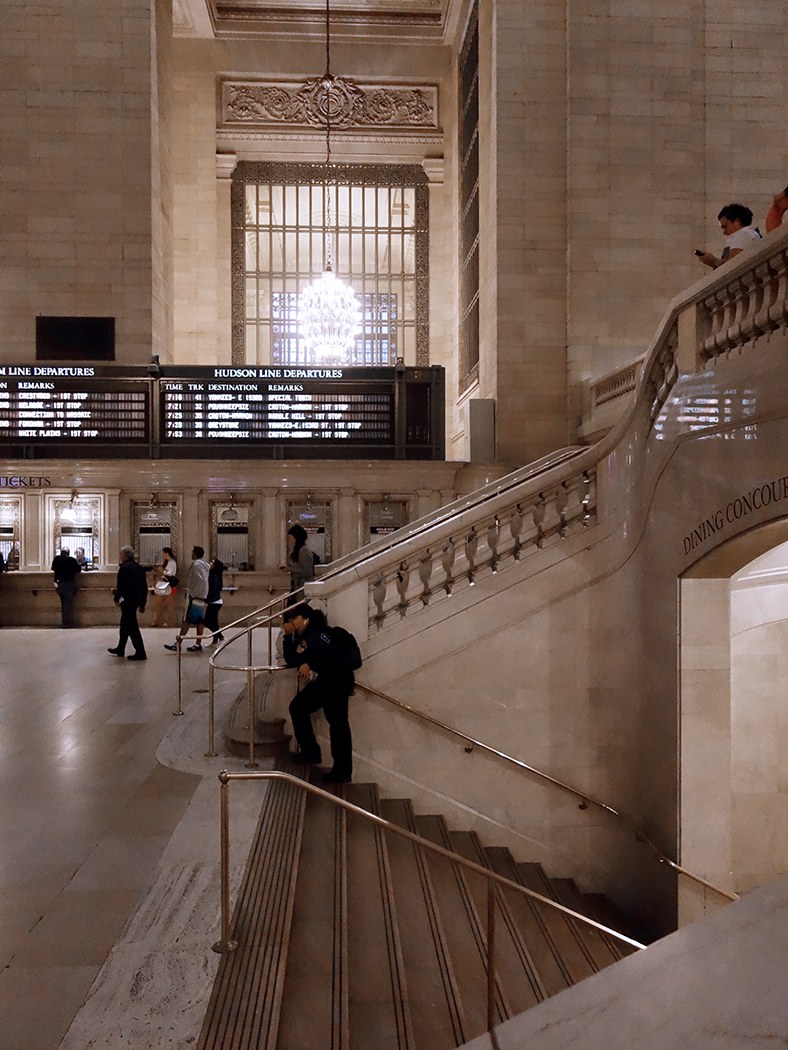 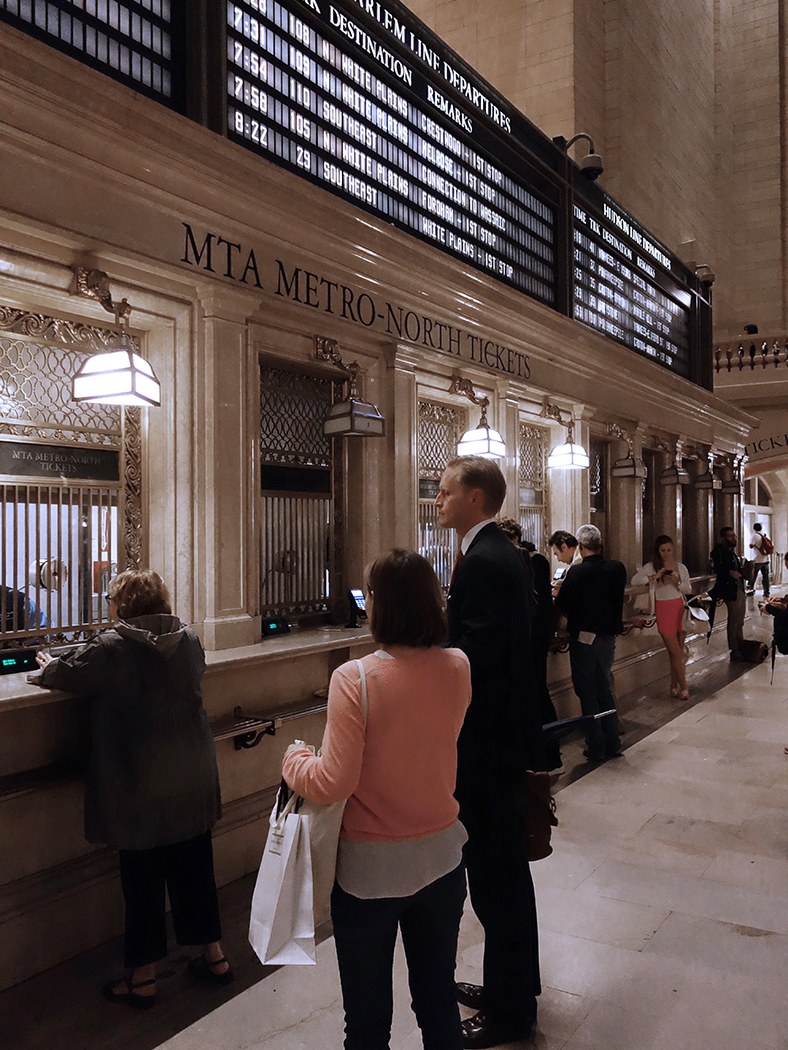 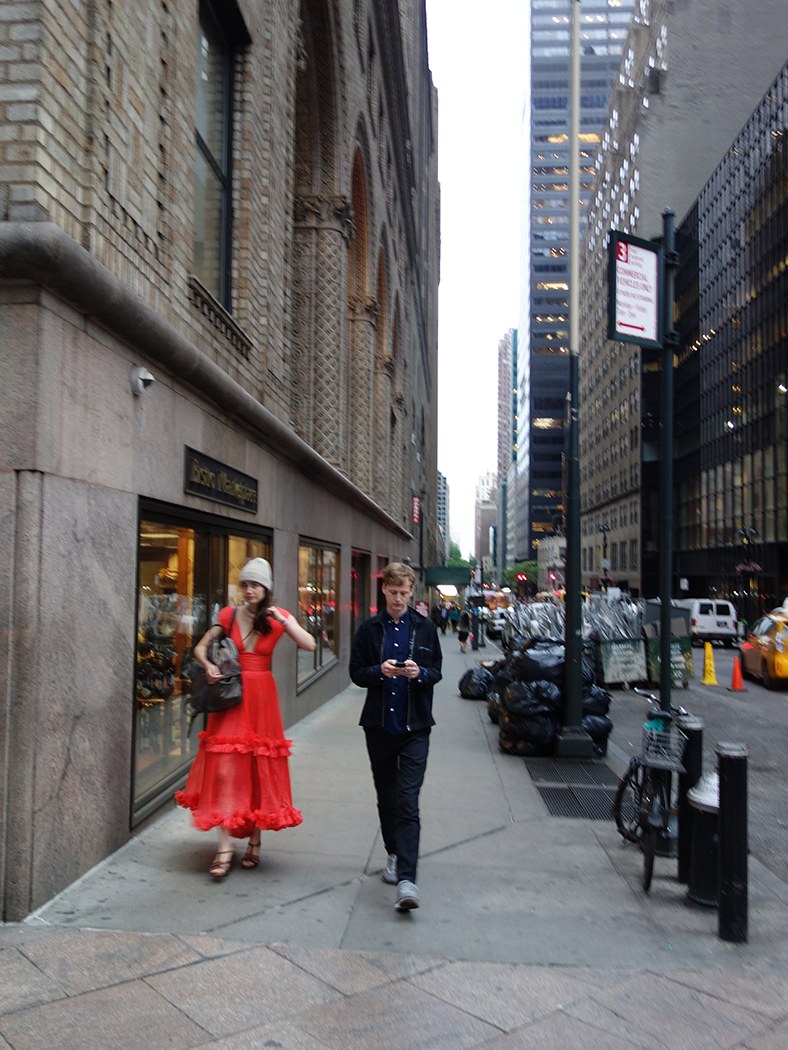 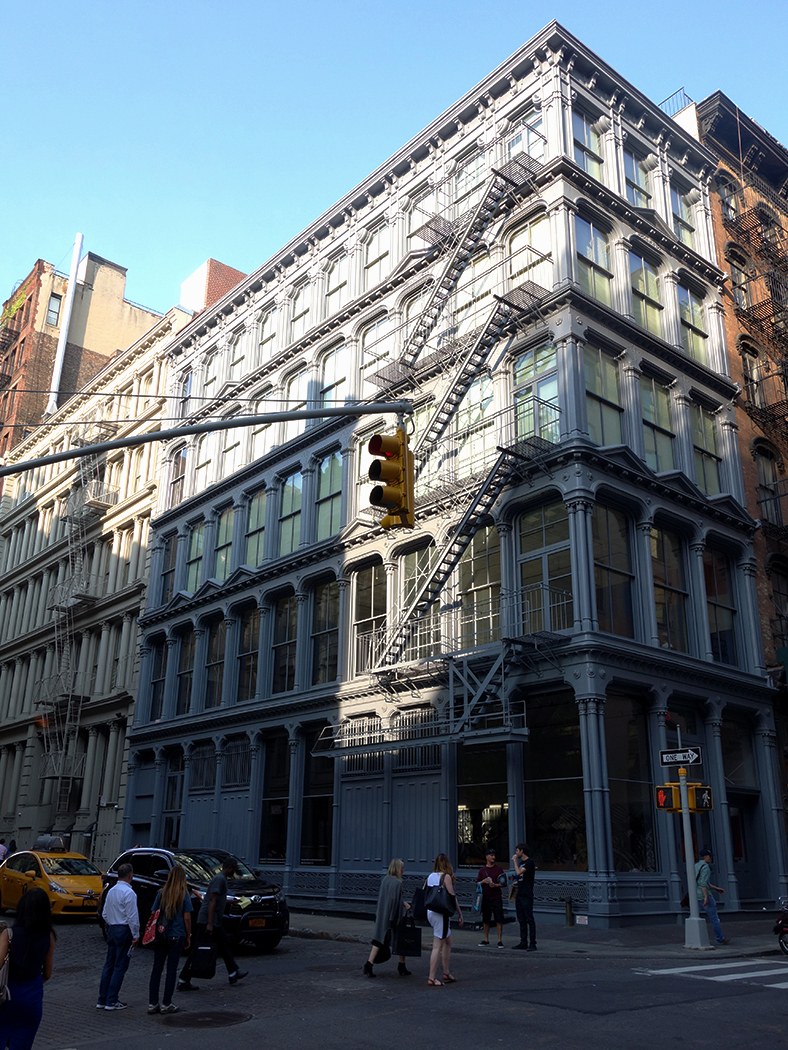 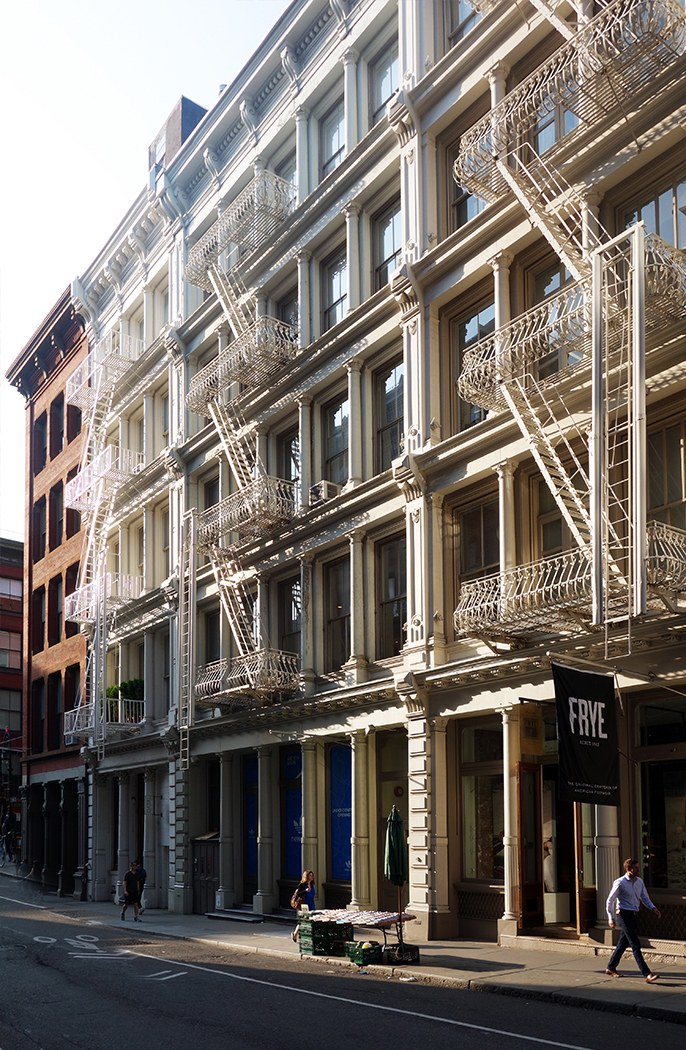 A work trip to New York, my first since MoMA last re-opened in I think 2003. Maybe it was my particular axis of travel between the Upper West Side and SoHo, but Manhattan was looking very smart, neat and tidy. A long way from was it Cagney or Lacey quintuple locking her front door, the abiding and chilling New York image of my teens.

It hits each time, first seeing Manhattan from Brooklyn Bridge coming in from JFK, and later walking around, what a pinnacle of man’s achievement it is. It reminds me of Venice, similarly contained by water and so with a sense of existing as an entity, 500 years on from Jacopo de’ Barbari’s woodcuts which recorded that city as complete. For New York’s twentieth century impact, I think of sooty, bowler-hatted ‘50’s London, and then of Jacqueline Kennedy (today reversed, London’s changing skyline marking its cultural energy – against Donald Trump).

From the urban plan and the infrastructure, through to the architecture, so many decisions were well made, and right. Unlike London, the roads – the avenues and cross streets – feel the right width for people and today’s yellow cabs and black SUVs, as for the horses and carts they were planned for. It flows. It works*.

*except, that is, if you also need to get through the Lincoln Tunnel to catch your plane just as the rest of Manhattan decamps for Memorial Day weekend…

The skyscrapers are the best there are, getting on for 100 years old and still expressing height, confidence, optimism, pride (and to me, mild to wild vertiginous fear). The Upper East and West Sides are packed tight with buildings of a quality beyond the wealth they now comprehend. Individually and collectively they express civic pride equal to the Piazza della Segnoria in Florence; an assured confidence in the future.

Block after block of giant yet elegantly proportioned apartment and office buildings make the ascent from solid but human-scaled, crisply-detailed street frontage with their welcoming awnings, rising through ordered repetition, to a celebration of the skyline on the roof: turrets or giant pavilions that make you want to be up there.

Grand Central Station, sitting astride, blocking, Park Avenue, is a masterwork. Its giant-ordered arched windows announce that it is other than an office block, something public. Entrance is through a long and dim porte-cochere, noticeably cowed in so lofty a city; this leads through regular-sized, half-glazed timber swing doors [old wooden doors! to America’s greatest station!]: the part of the building, this piece of New York, that is touched, day-in, day-out, is human-scaled, friendly. But these modest doors open to a godly cathedral of a space which even today glorifies New York. It speaks for the city. It preaches respect.

And having looked upwards, as you are bound to do, you are taken down, where you are made to feel small, an ant going about your business. A Kafkaesque transformation, in the space of a few steps, from human, to God, to ant; and back again, day after day.

Exquisitely-detailed ticket counters matter: to buy a ticket in this city has meaning – the leaving and returning of this metropolis are marked.

Walking south, as the street numbers descend, there is a gradual scaling down of the architecture and streetscape, until you find yourself in the London-sized terraced houses of the West Village, and amongst the magnificence of the warehouses and trade posts of the cast-iron district of SoHo.

There can’t have been a strictly economic rationale for the splendour of these warehouses. Ornate columns must have cost more than plain, and plate windows more than brick. Donald Judd’s house and studio, on Mercer and Spring Streets, is perhaps the most refined, its windowed corner dissolving like a High Modernist masterpiece – in a building built to store string.

Photos of New Amsterdam show the first blocks being built, on the edges of dry fields, yet still urban. It is as if it knew what it was going to become – New York, the greatest city, and achievement, of the twentieth century.

Postscript
Venice’s decline was dated by Ruskin to a particular day: the 8th of May 1418, the death of Carlo Zeno and the loss of Dalmatia. Thereafter it became a wealthy pleasure-town of palaces, but dying within, allowed to consciously decline to what it is today: a fake town of tourist shops for day-trippers.

Today Manhattan does not generate enough wealth to replenish itself; only inherited wealth maintains it. Will it ossify, become also a playtown, a static cruise-liner? Was the loss of Lehman Bros, the 15th of September 2008, Manhattan’s Dalmatia?