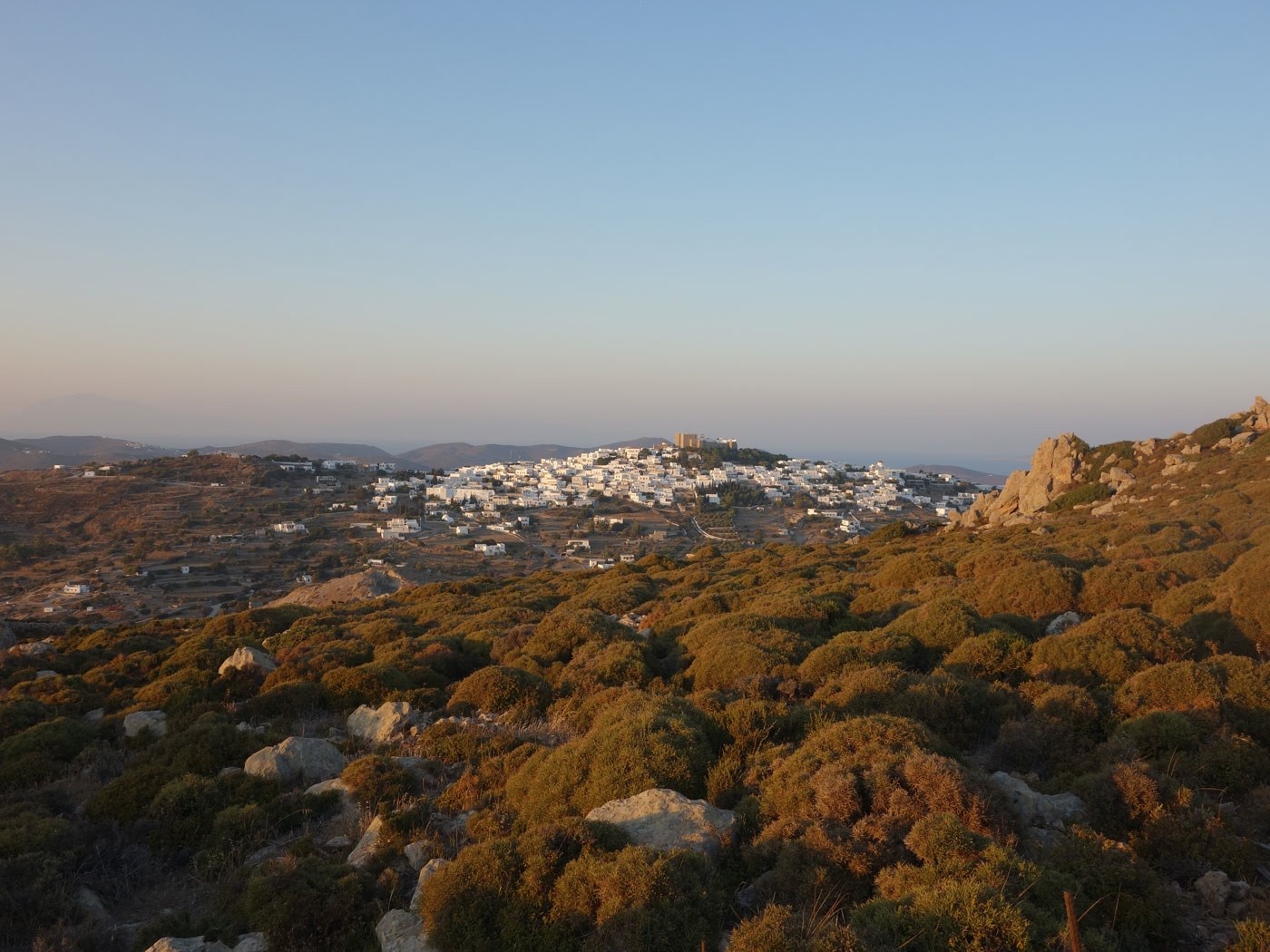 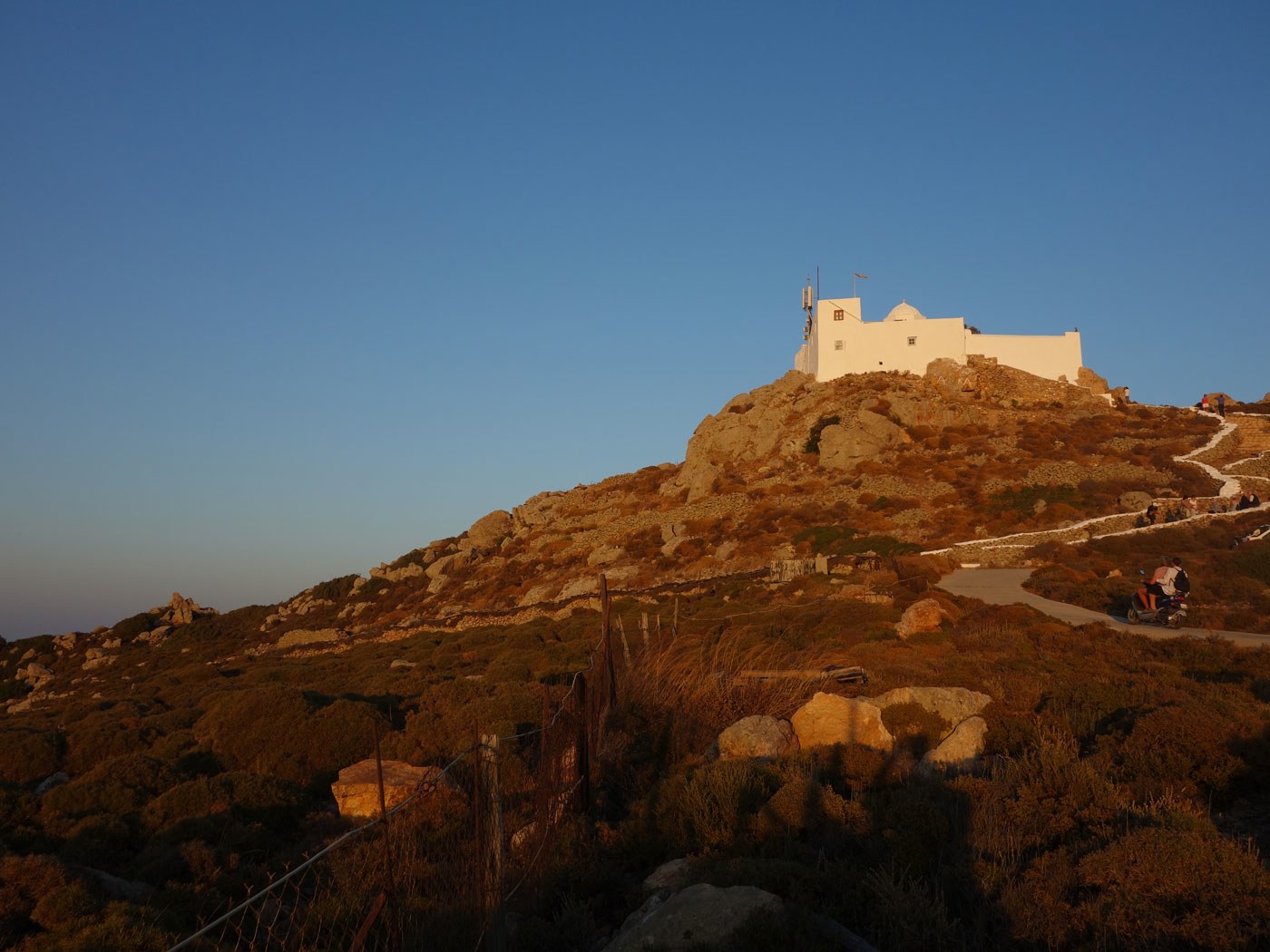 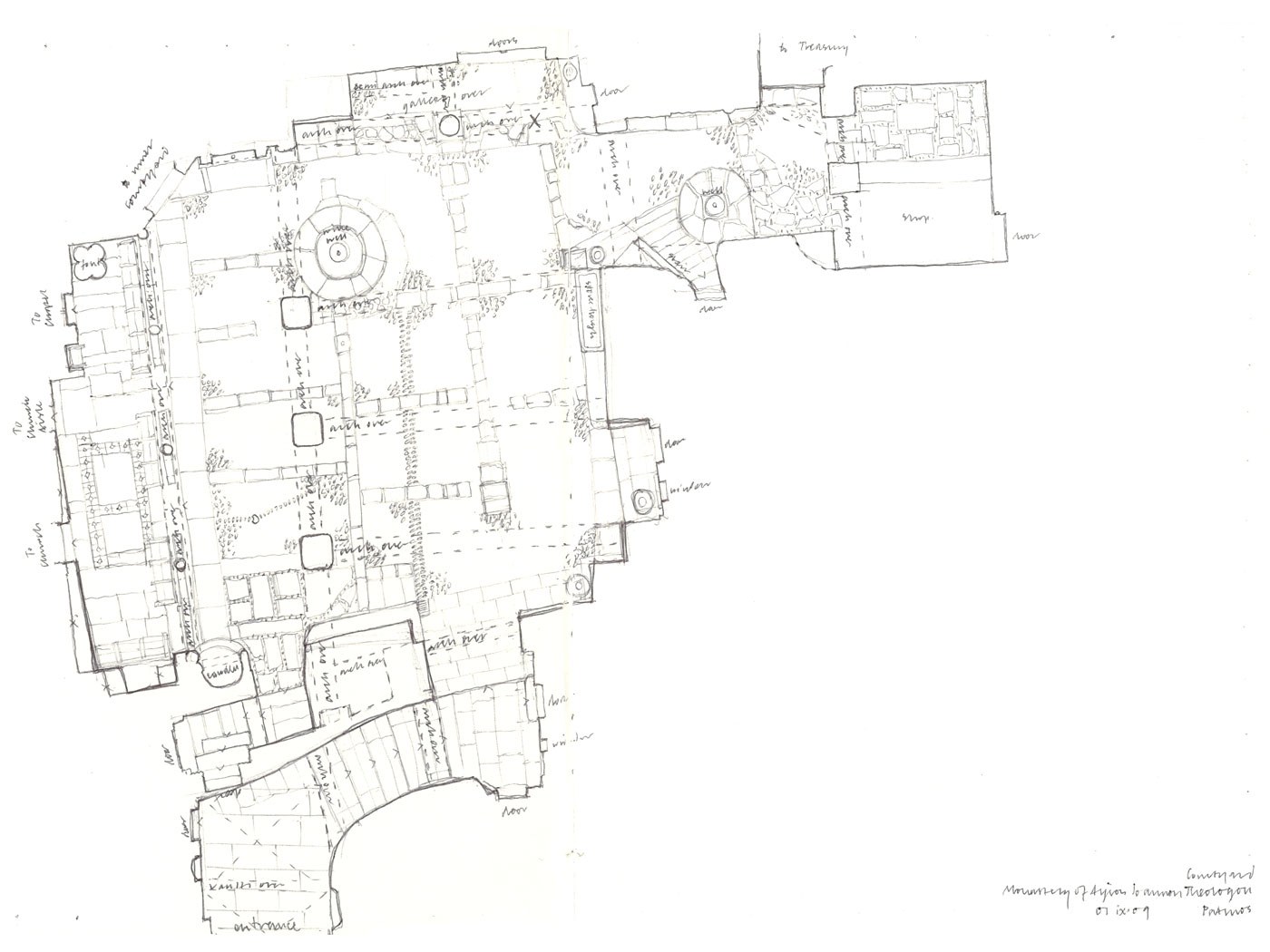 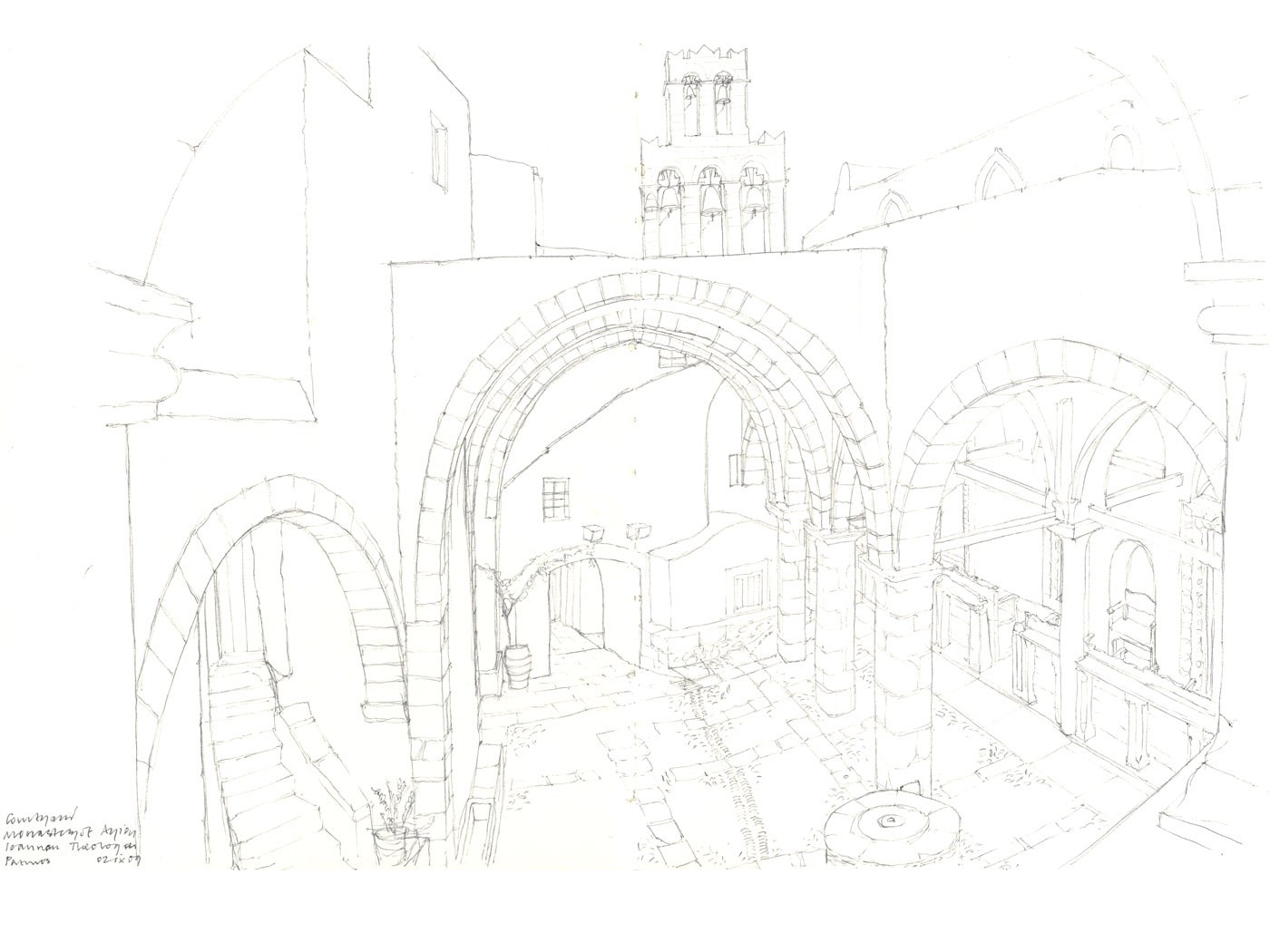 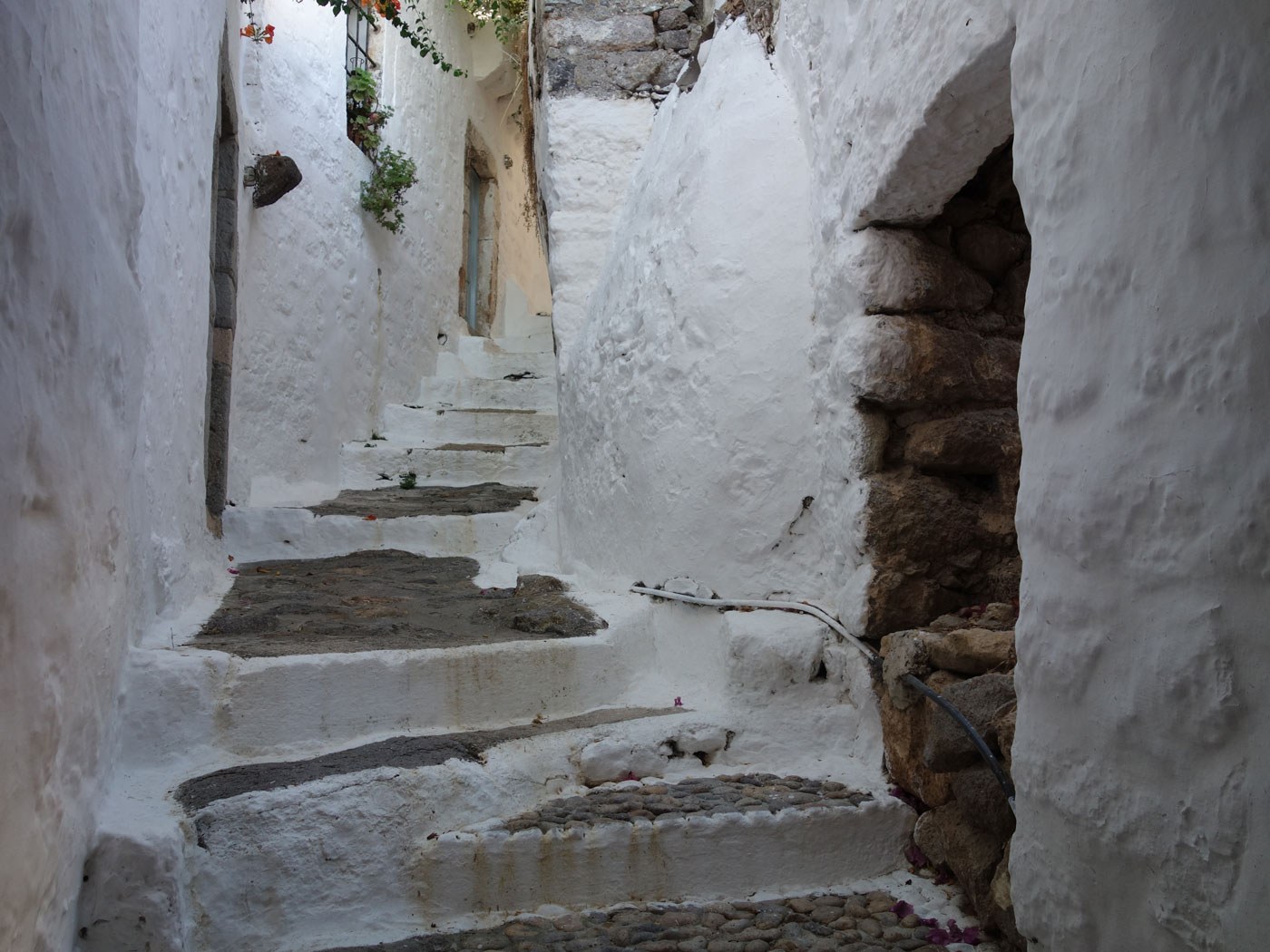 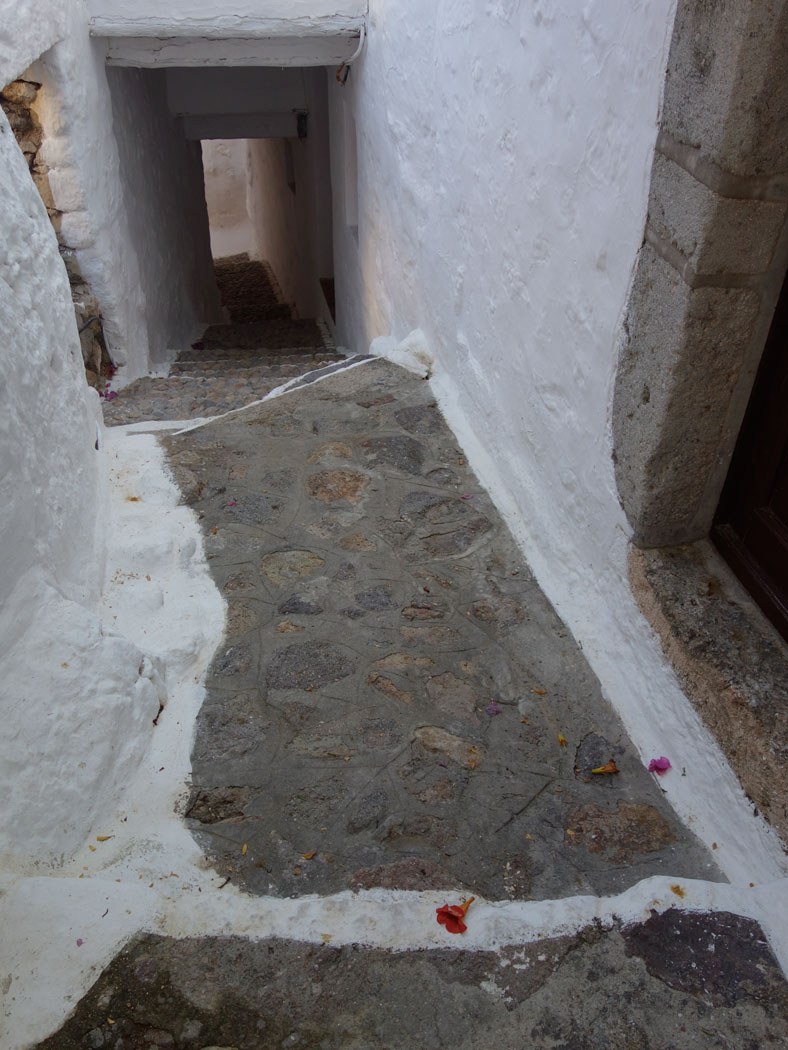 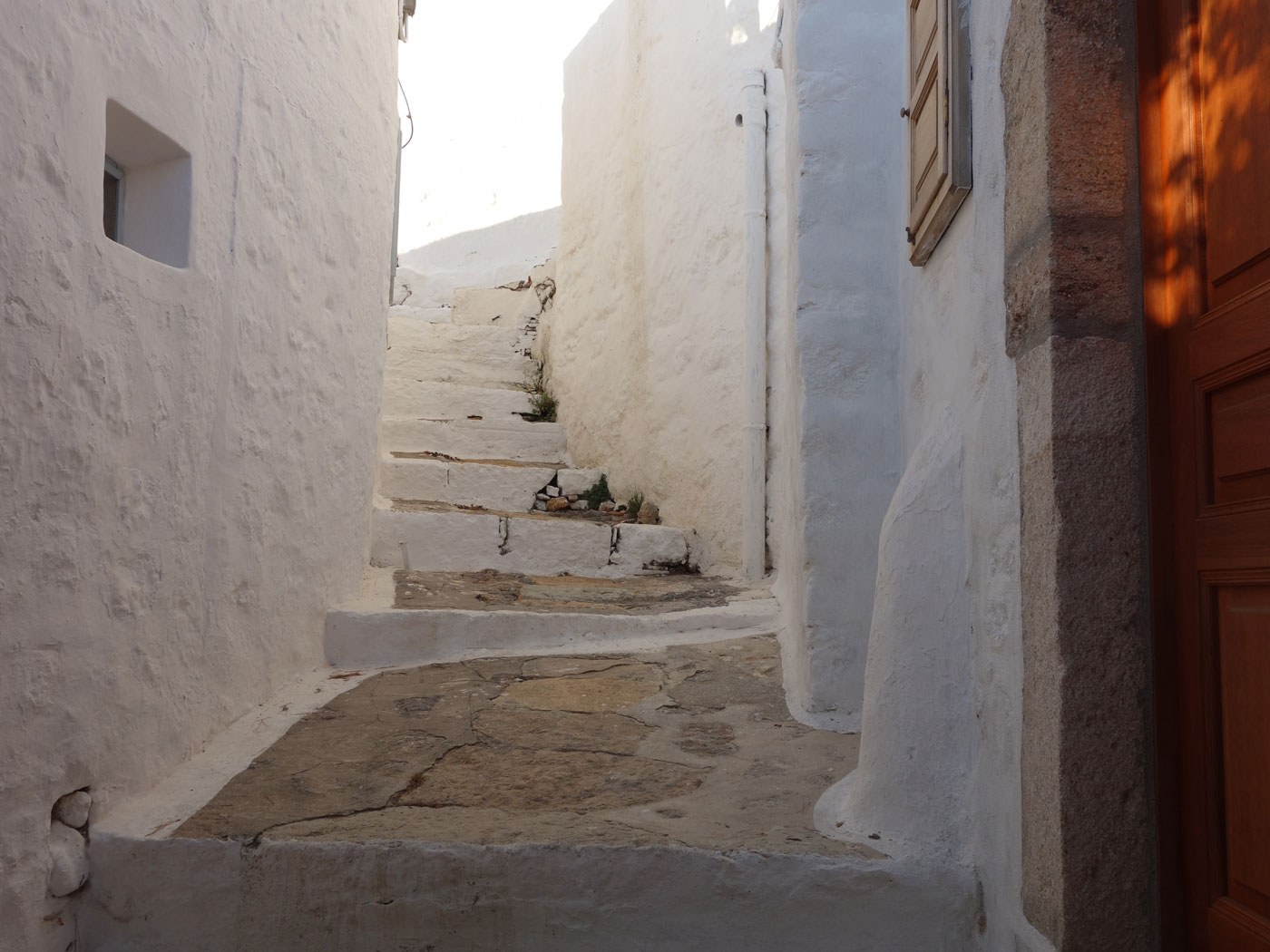 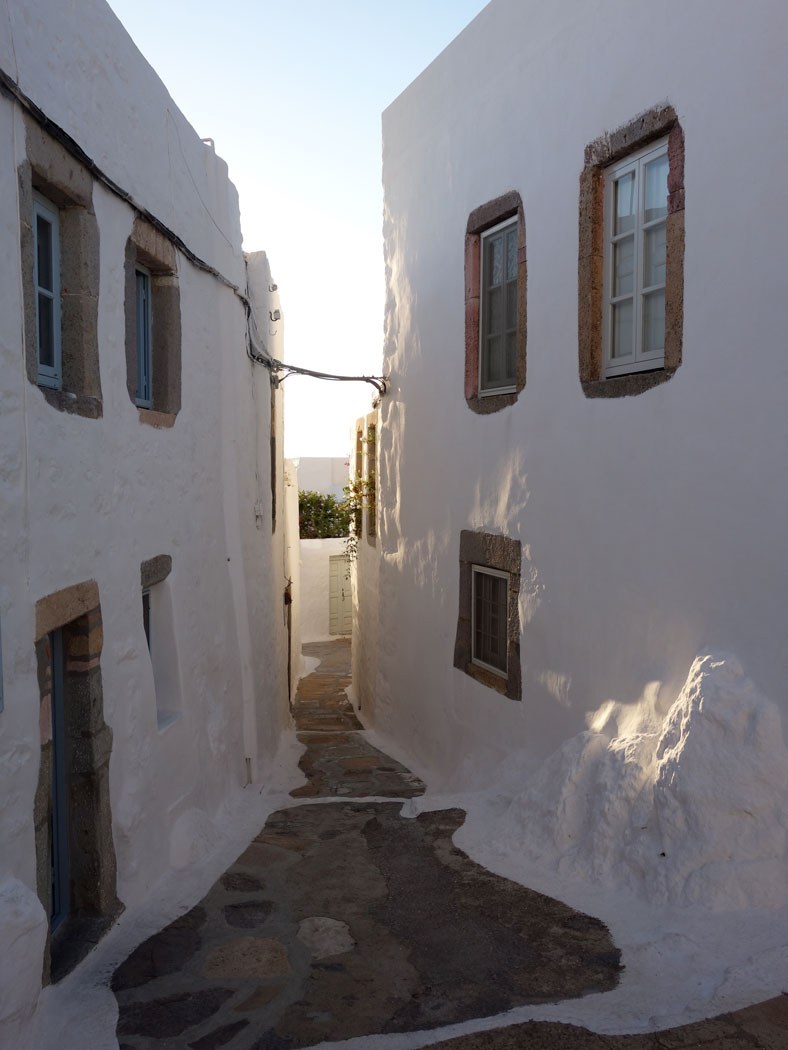 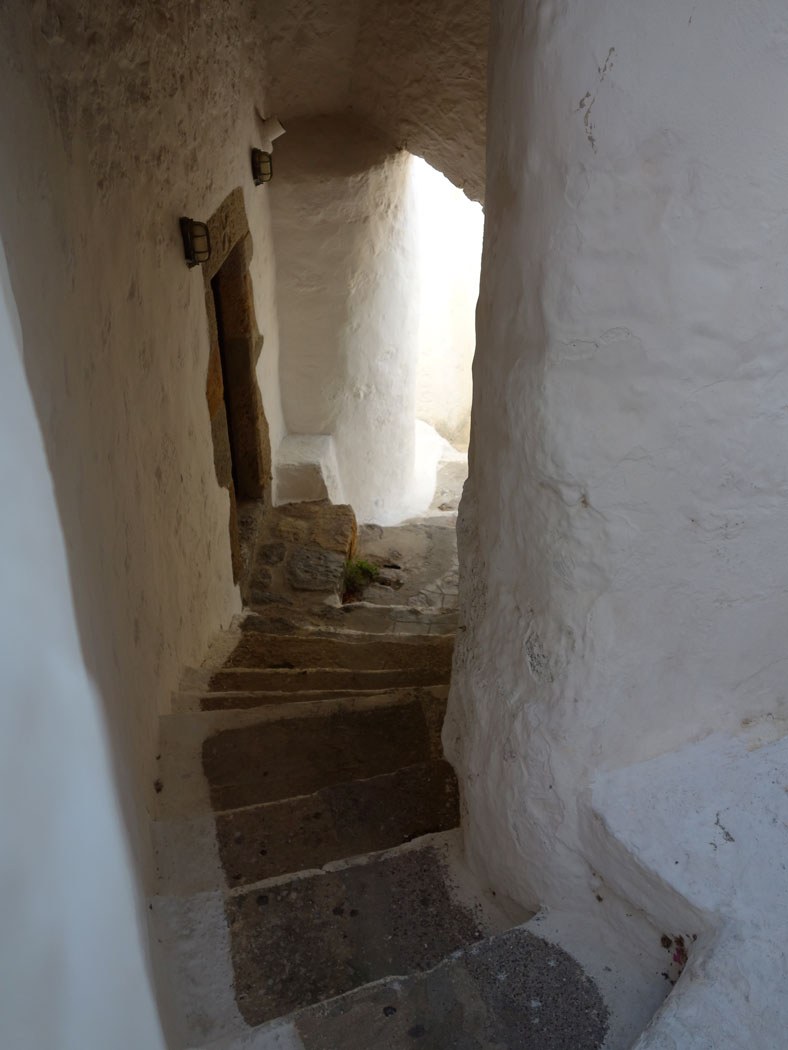 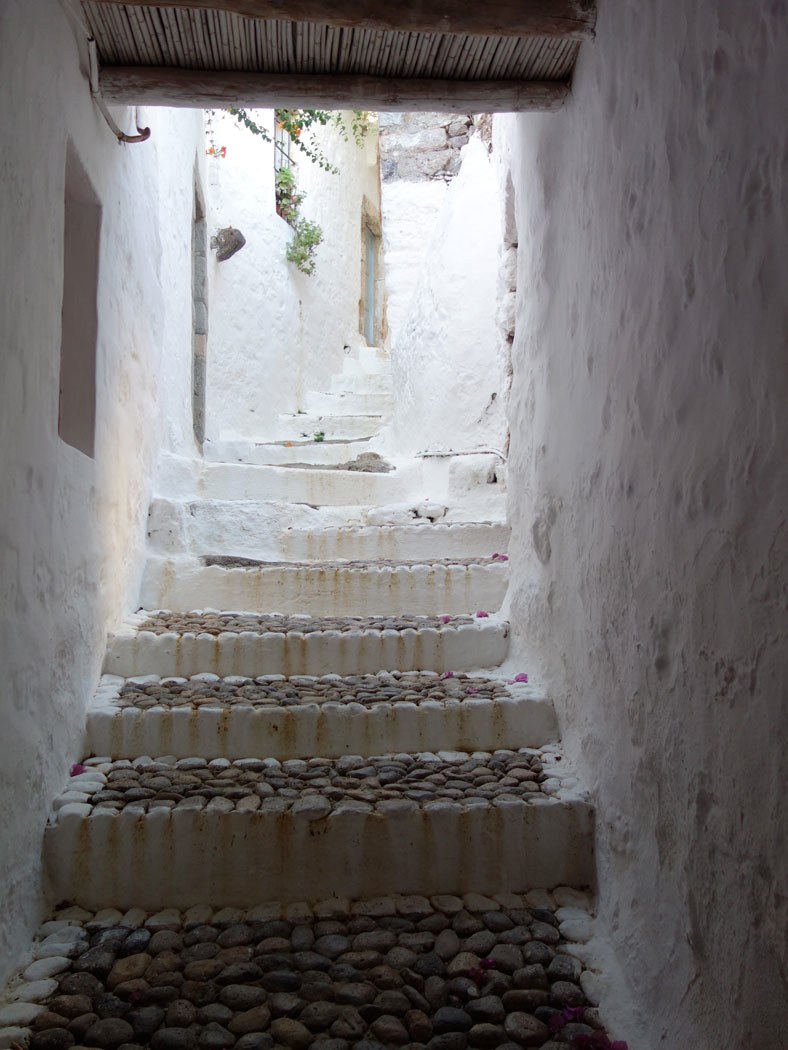 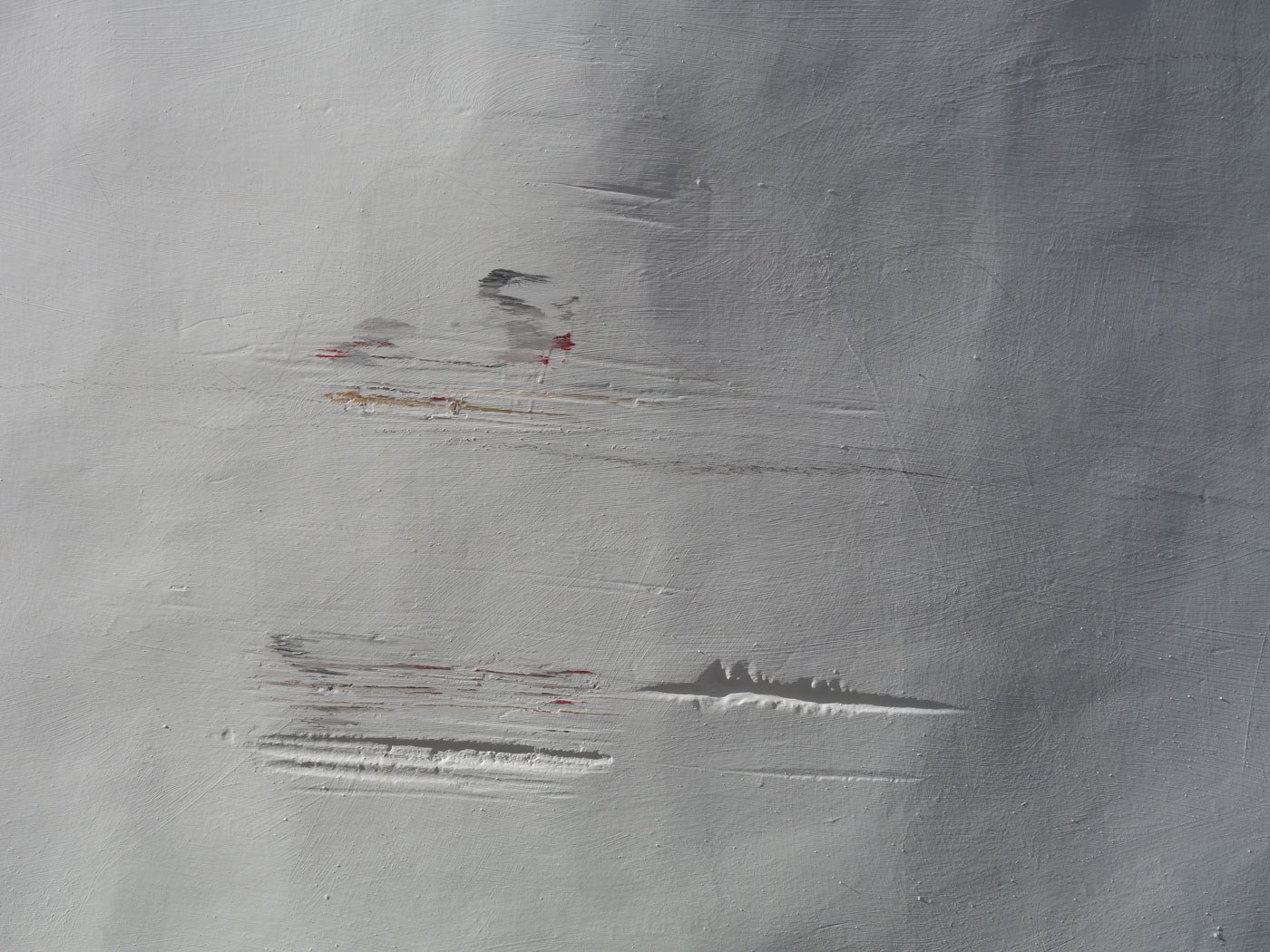 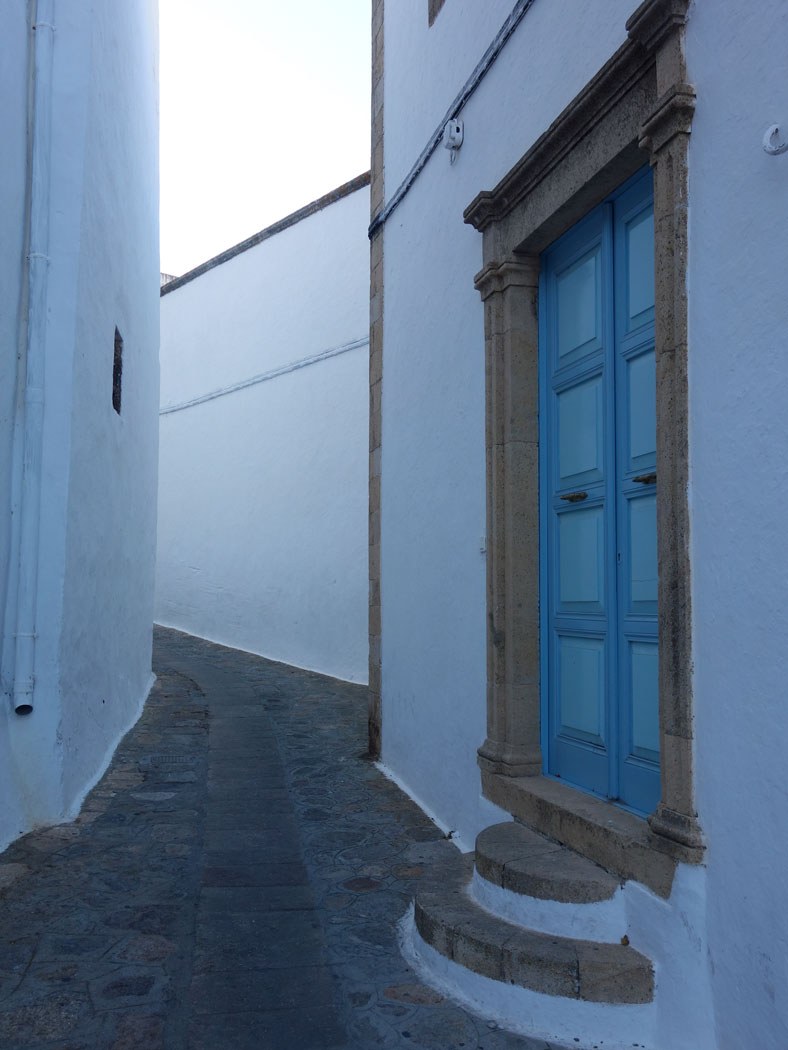 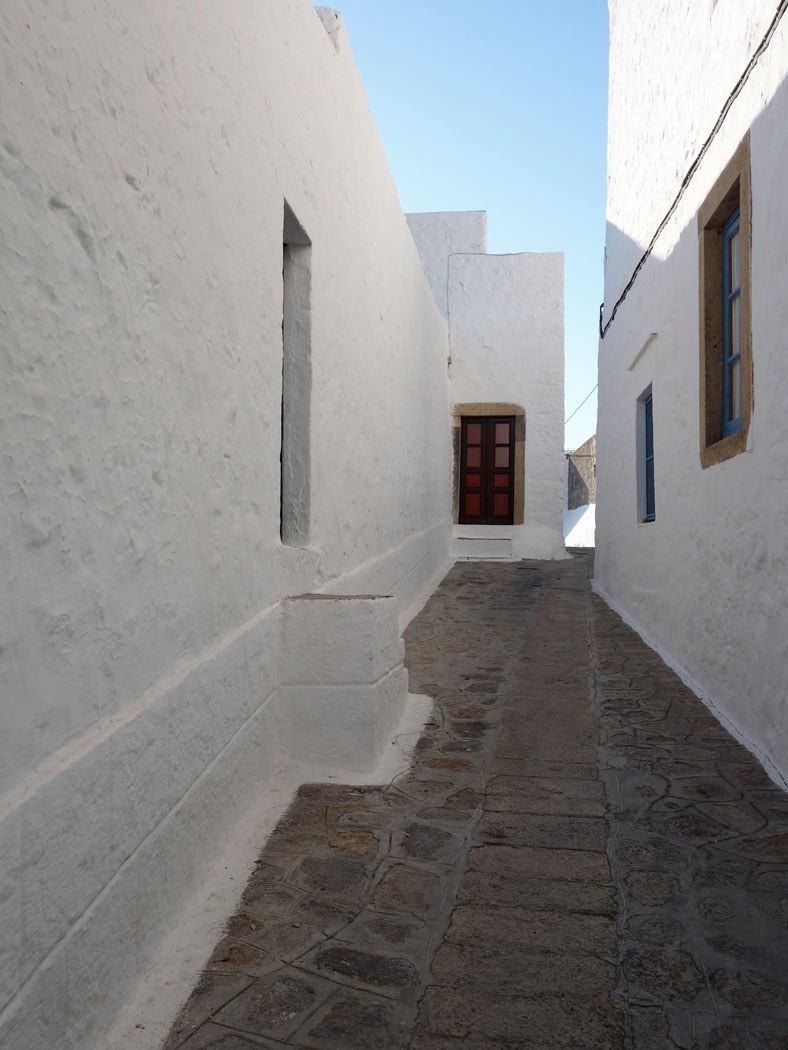 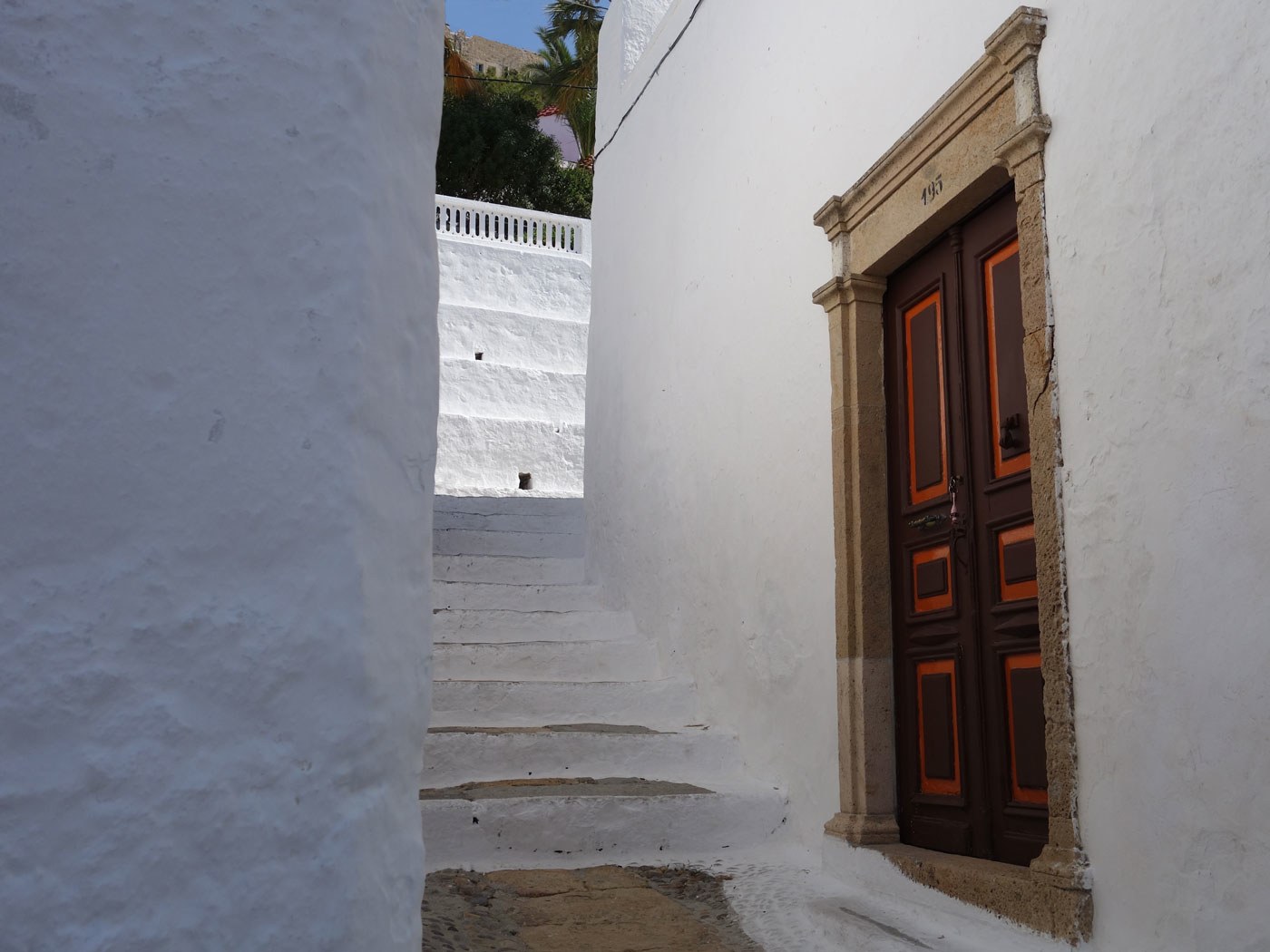 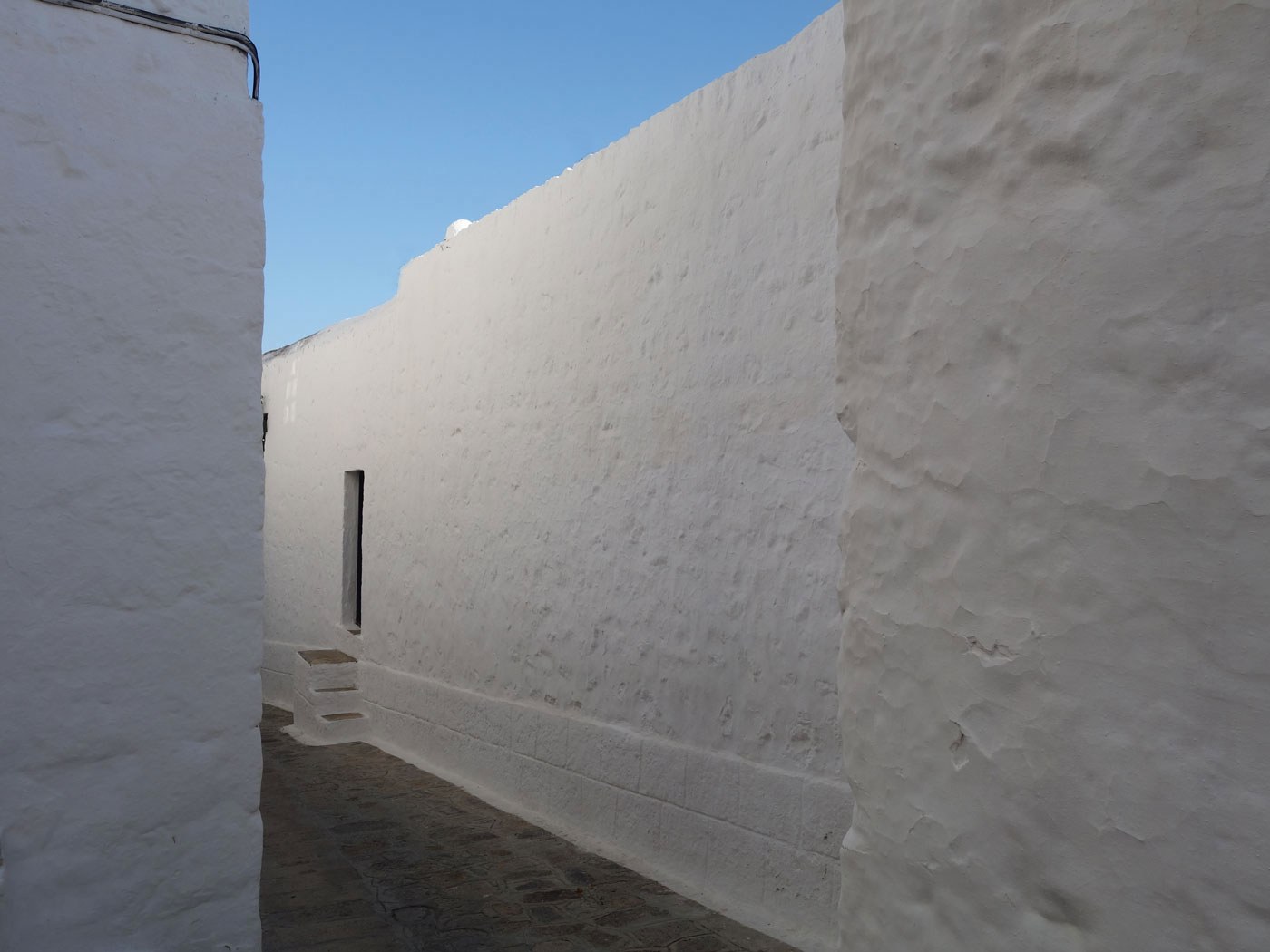 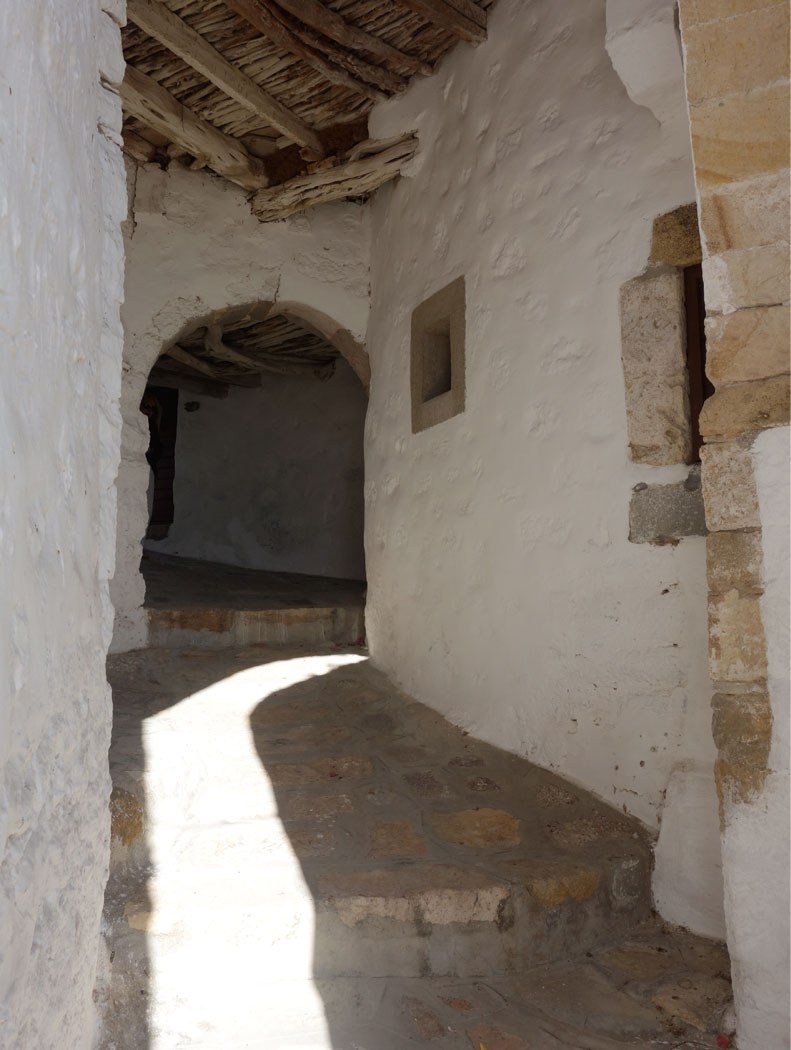 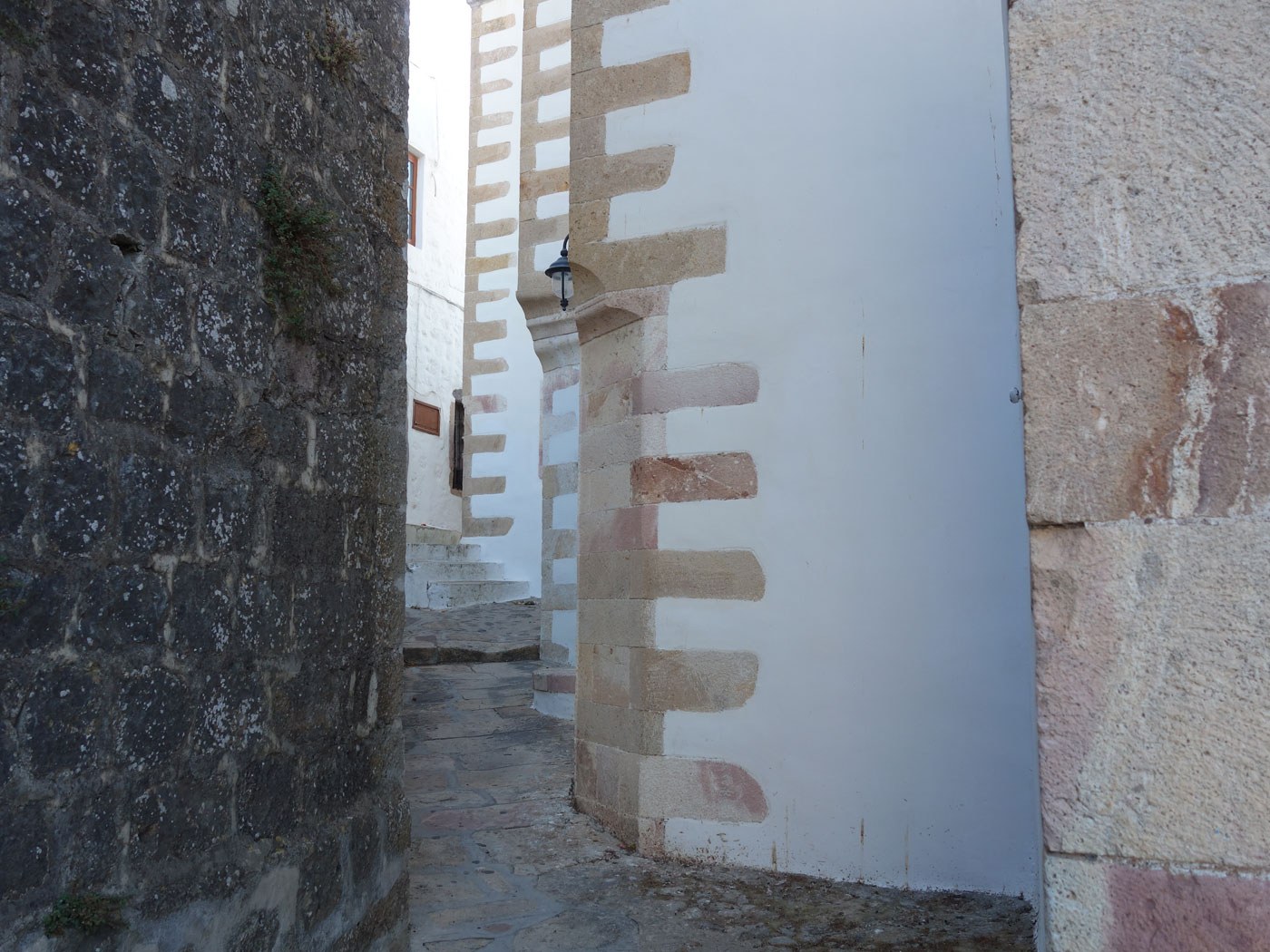 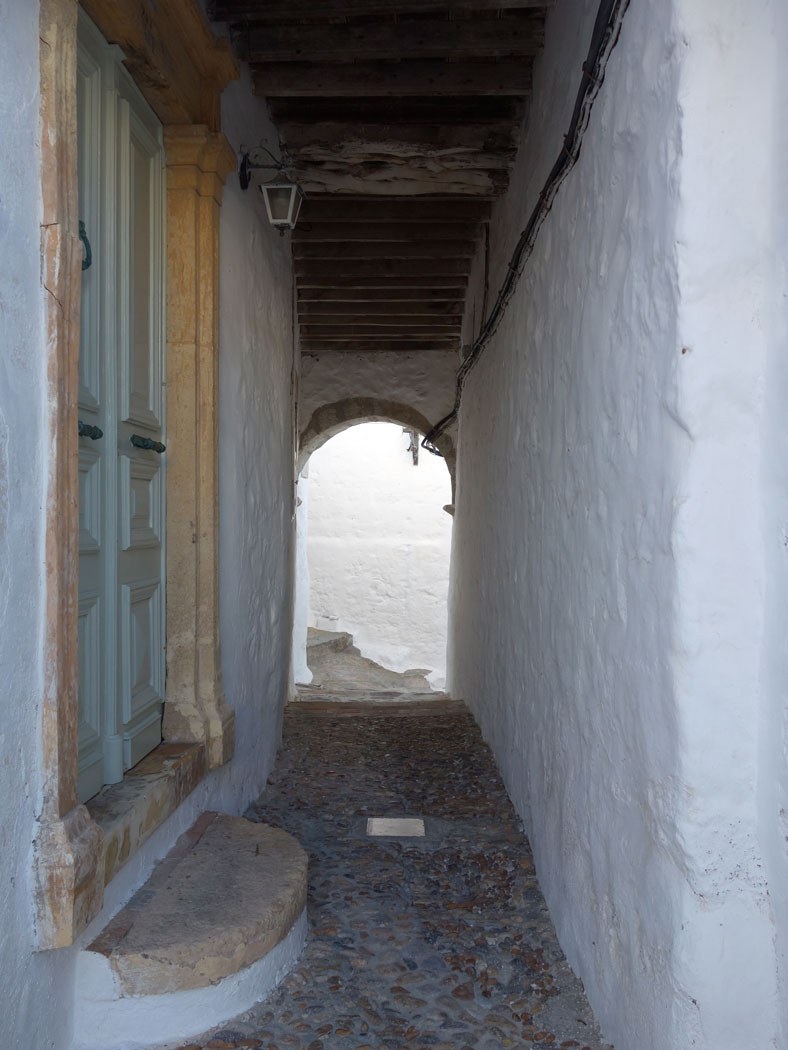 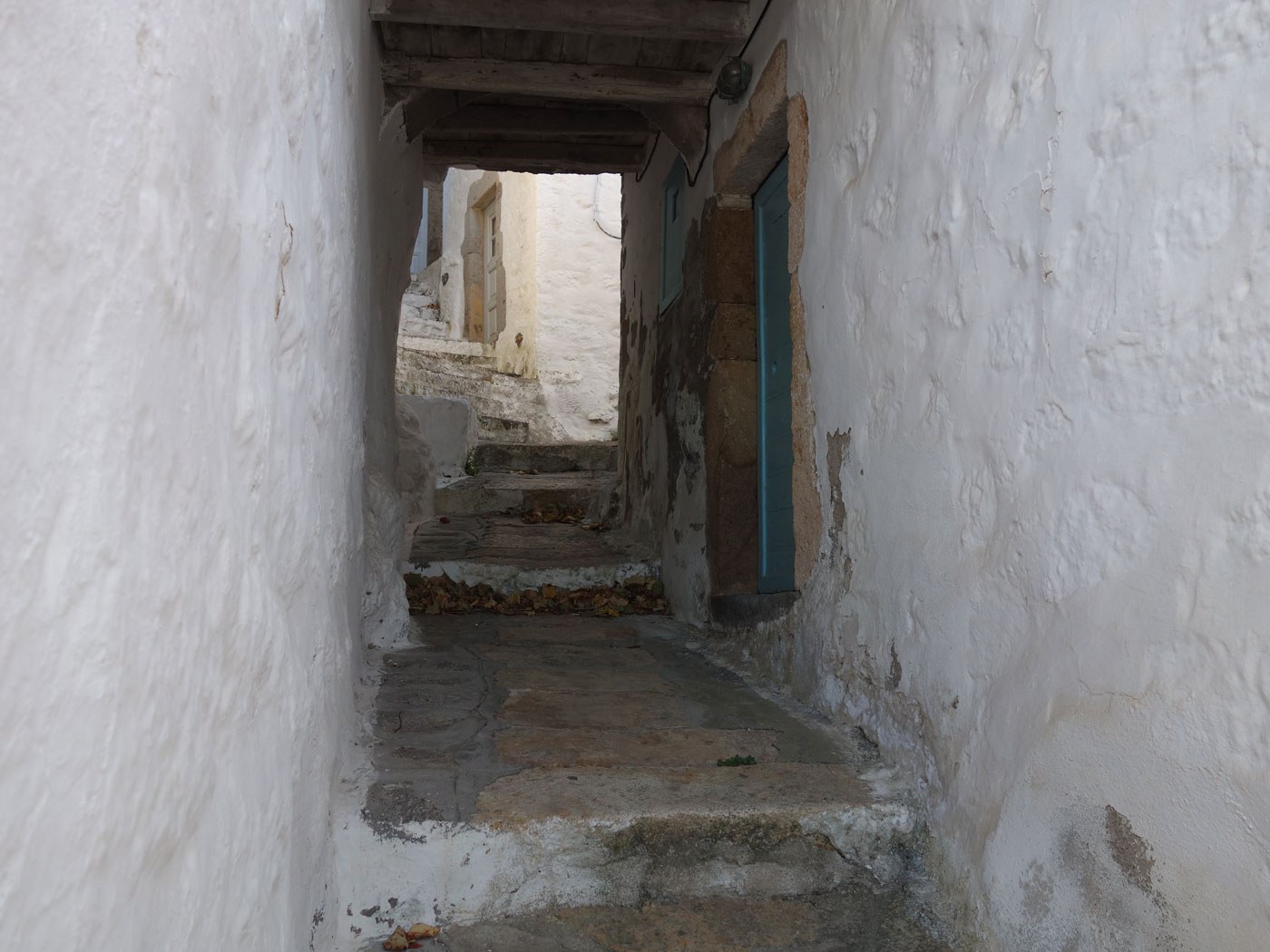 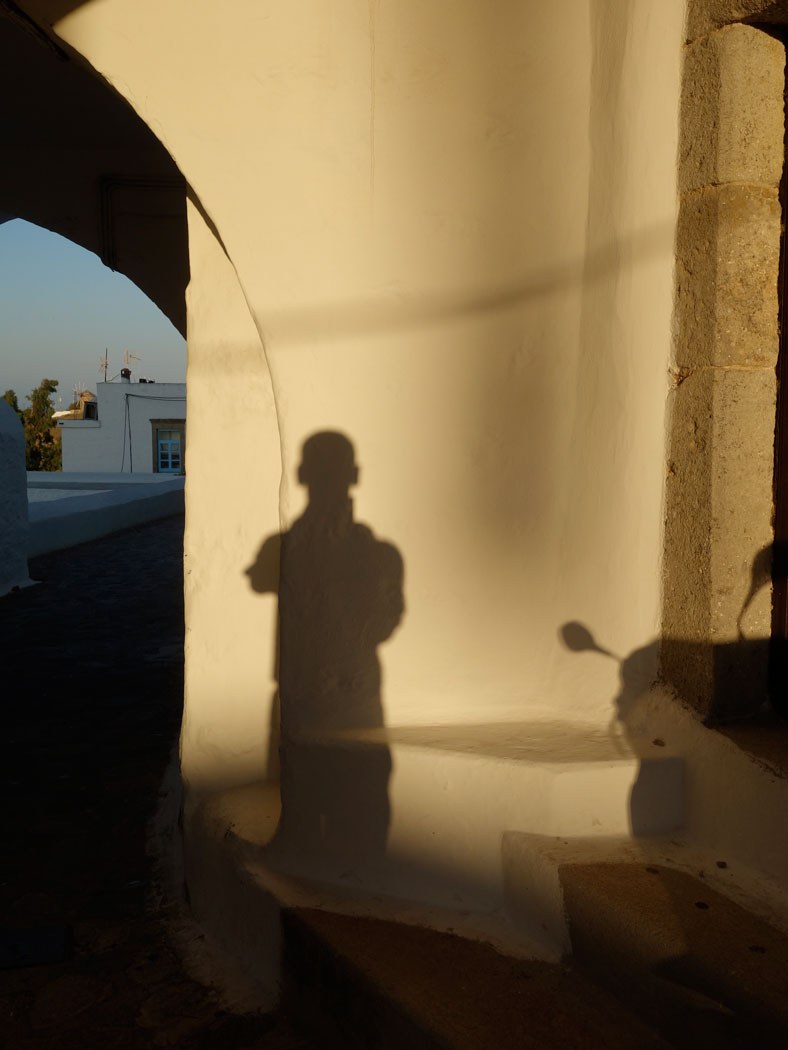 Which is to say rational order can be dull without a measure of creative inspiration.

Just as the central courtyard of its monastery is one of the most wonderfully disconcertingly mad spaces I can think of – its floor in several materials unified only by none being laid flat, lying under unequal and distended arches flying over to form apses, galleries, staircases and vast buttresses across the space, and with a dizzying view only of the sky (and in such acute contrast to, say, the expressions of perfect order the Cistercians were creating at the same time not so far away) – there were surely more rational ways of getting around the old town of Hora on the Greek island of Patmos. Houses form an inseparable white mass, with paths carved between them without regard to topography. How dull it would be if it were just one straight street, and how absorbing it is that it isn’t.

Was the town really planned to disorientate marauding pirates? Is it possible to plan something so unplanned? The monastery courtyard suggests that, given enough time, perhaps it is.