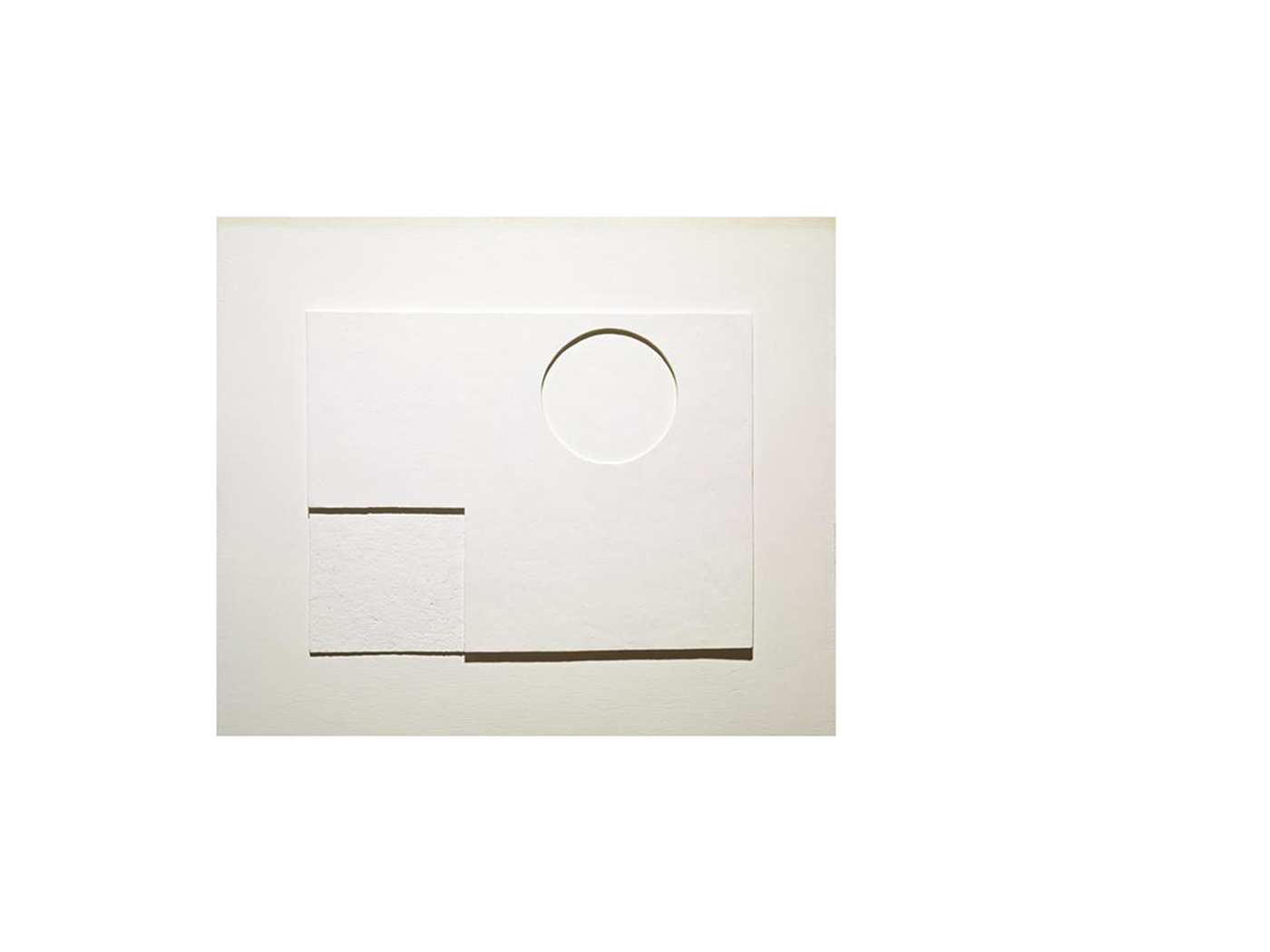 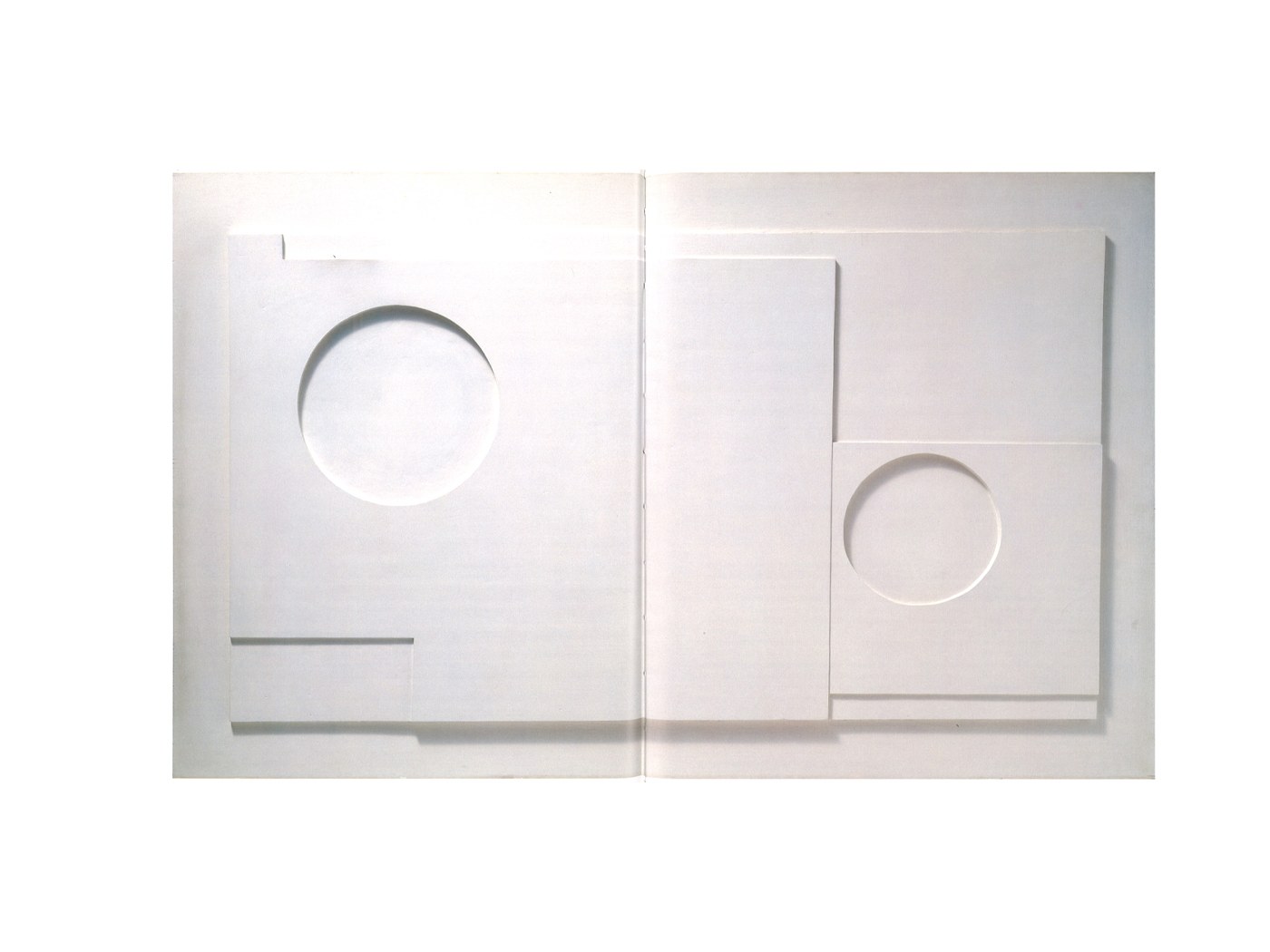 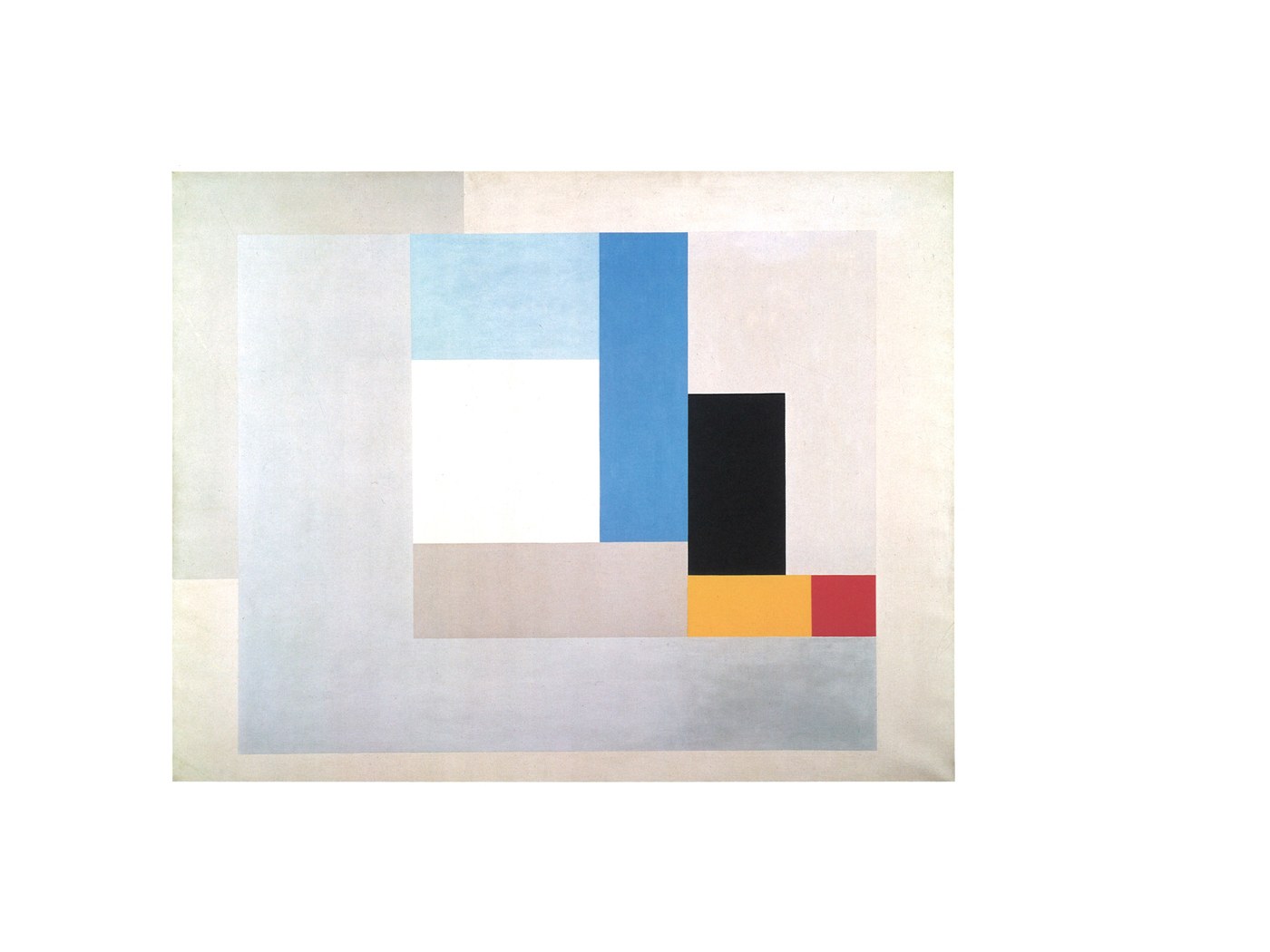 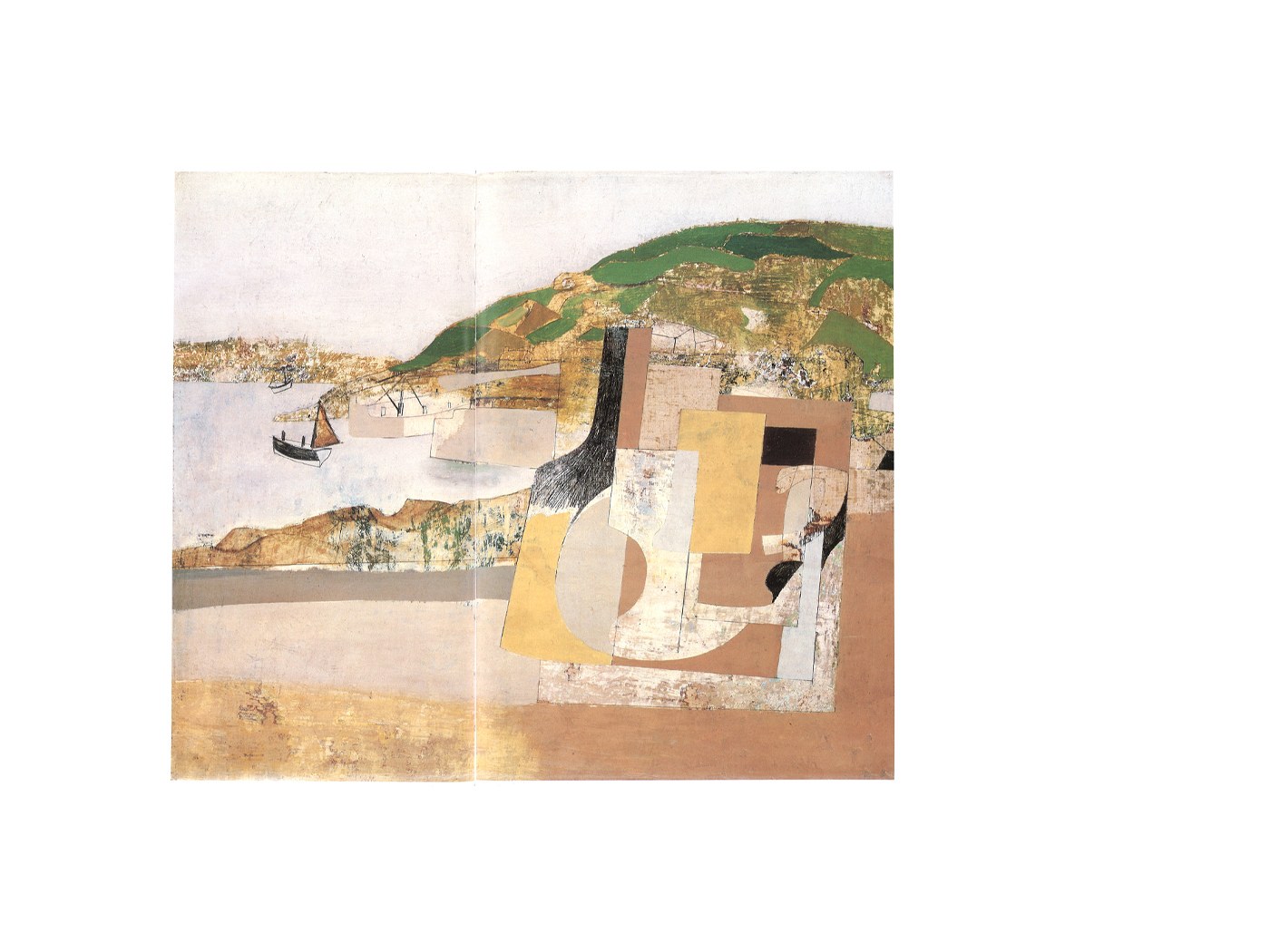 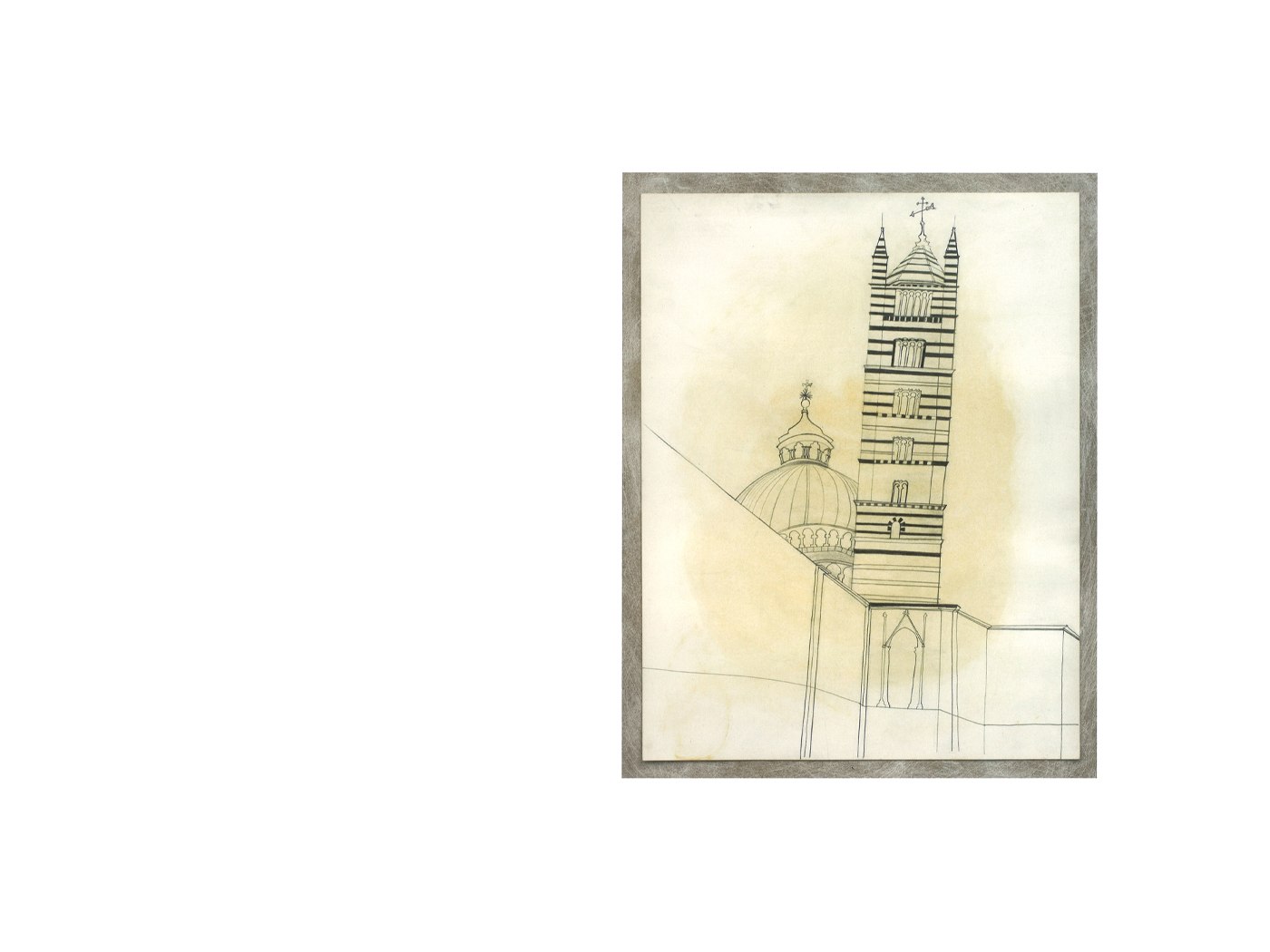 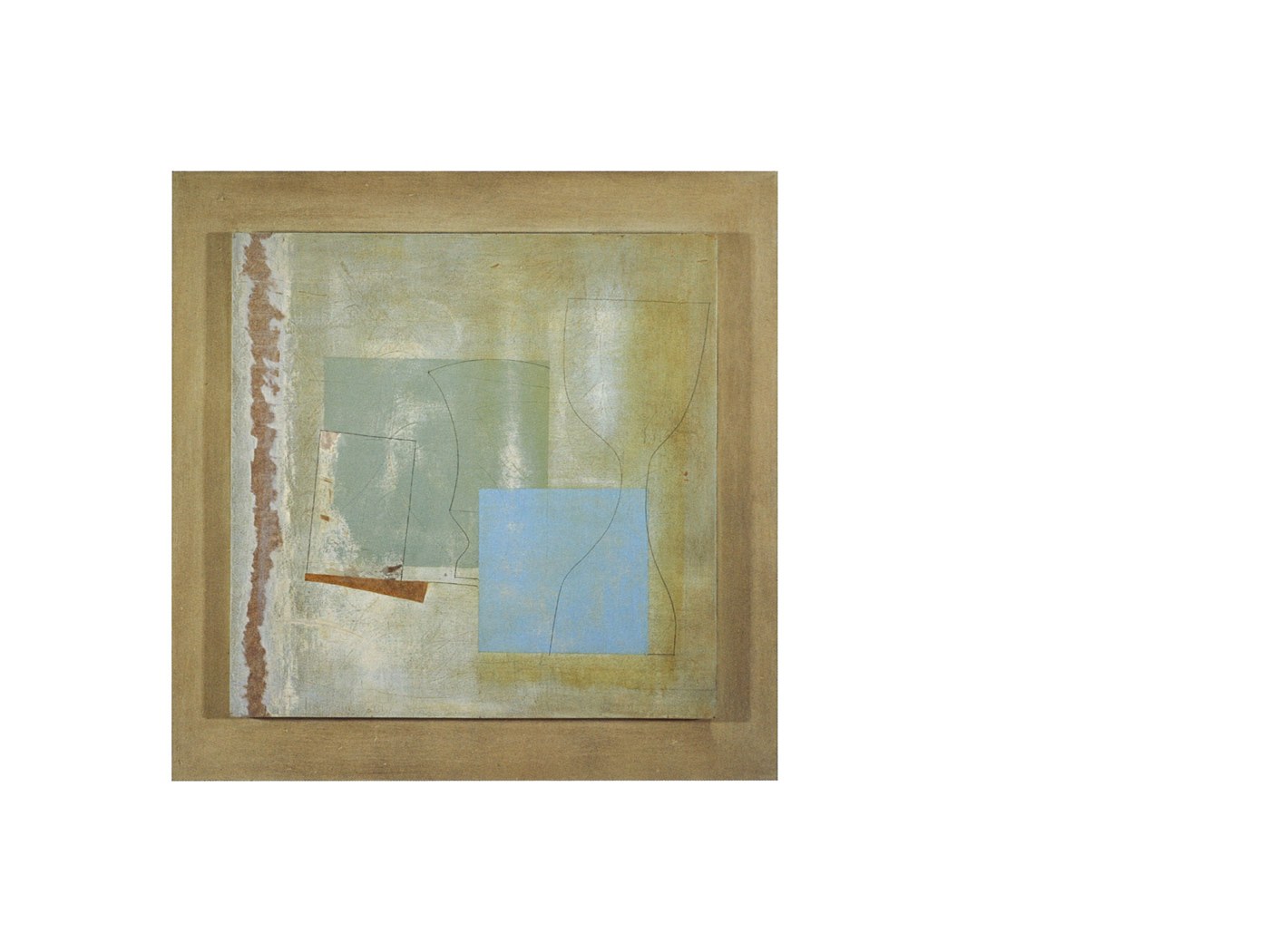 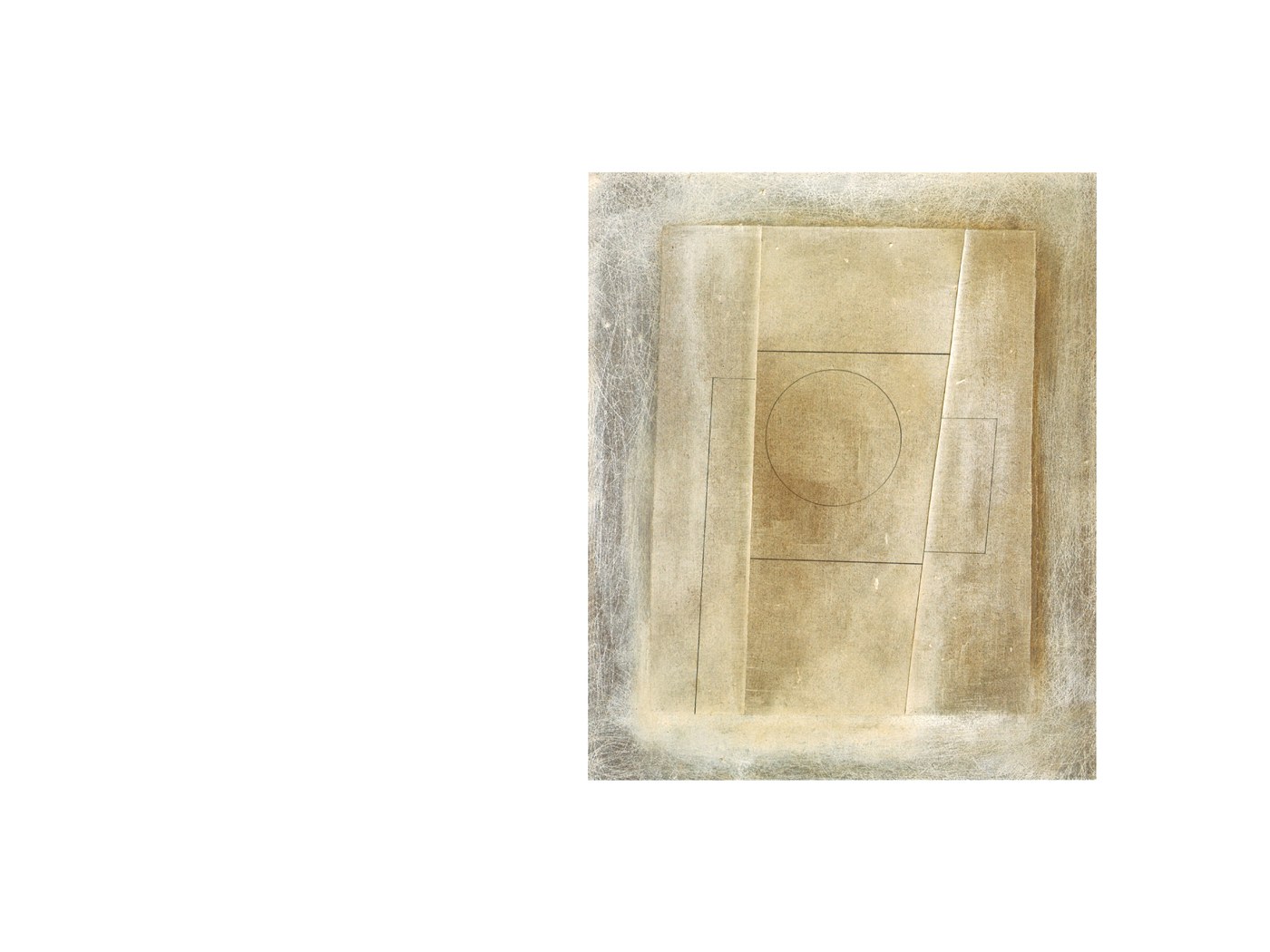 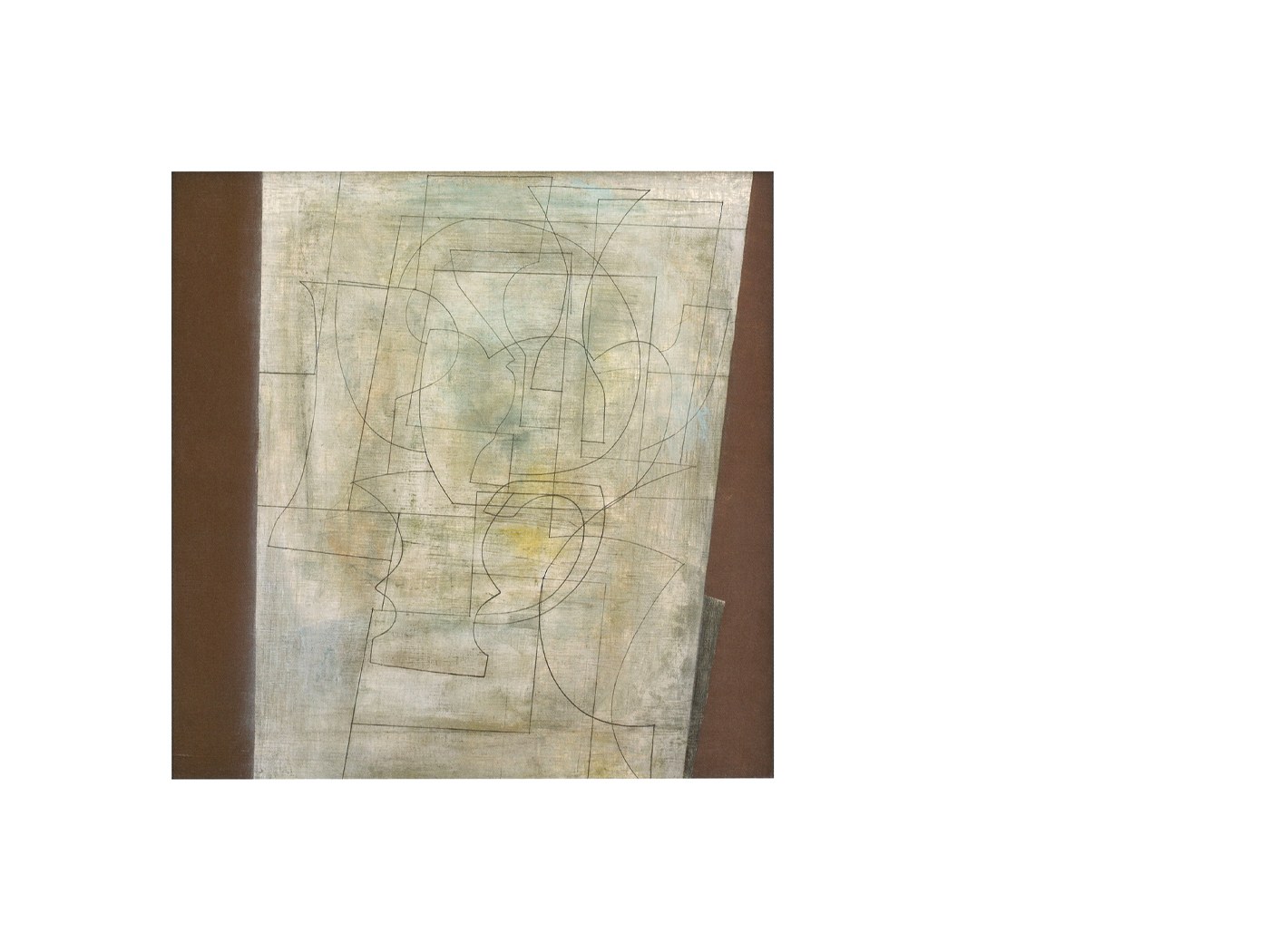 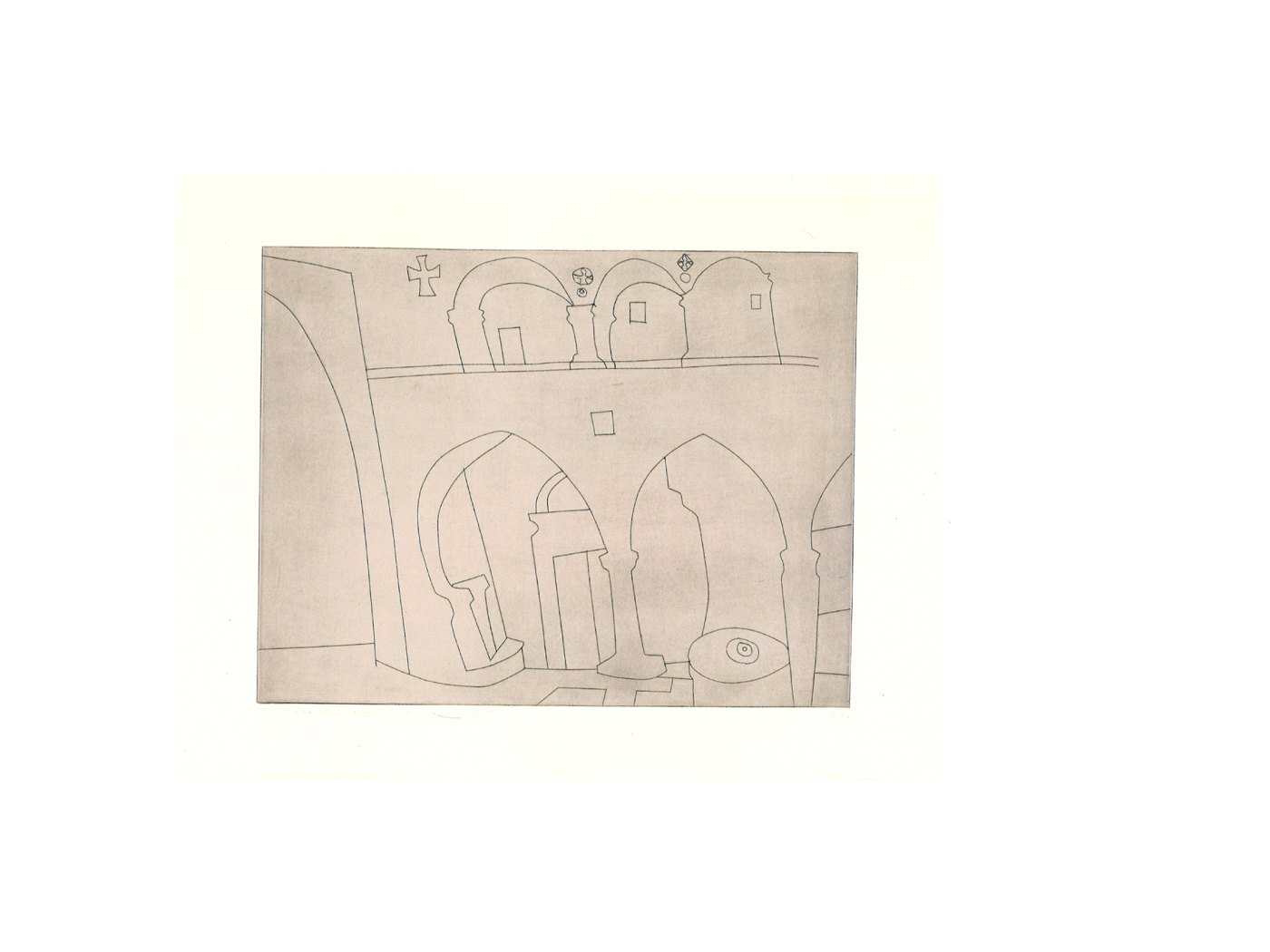 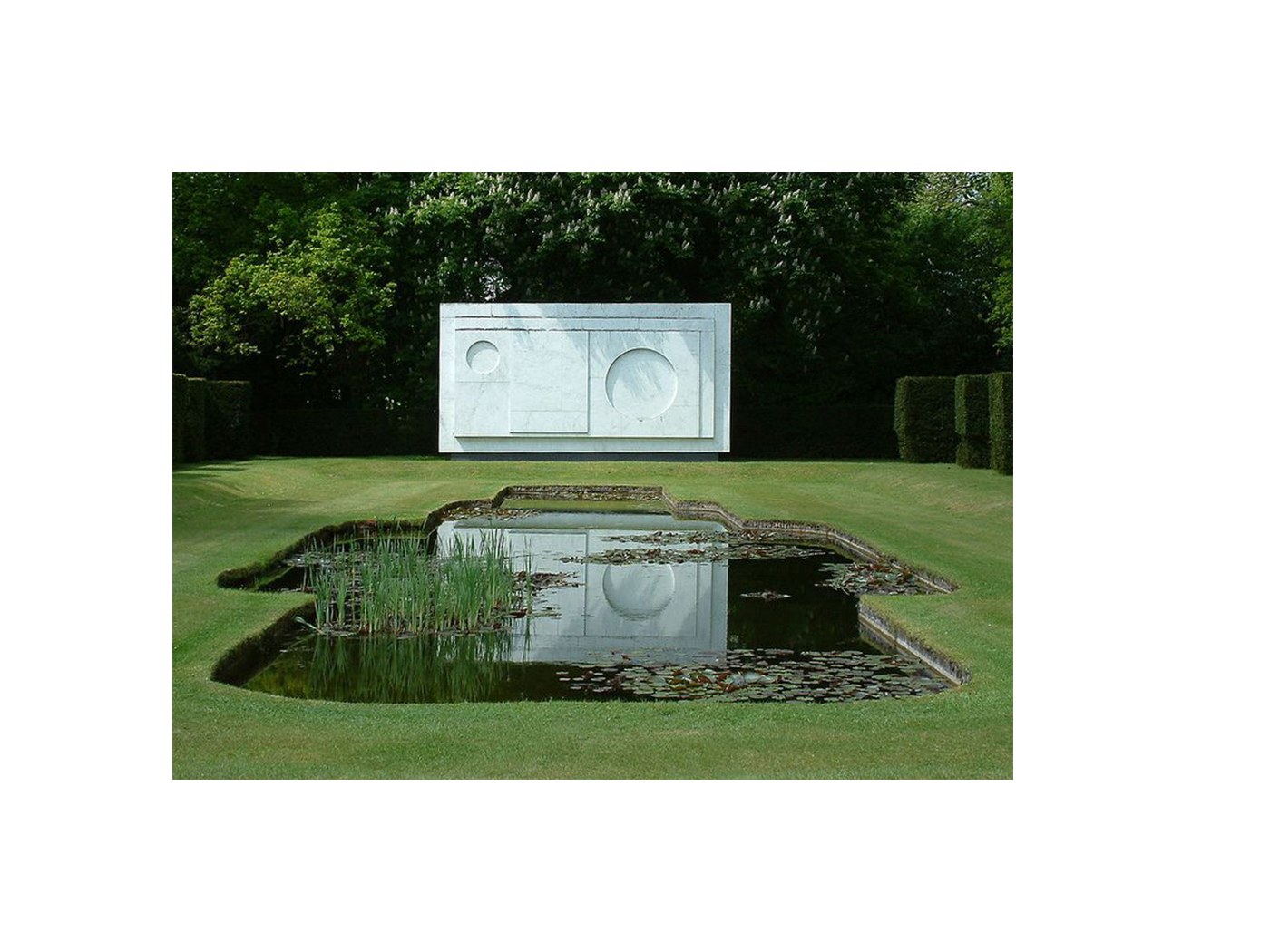 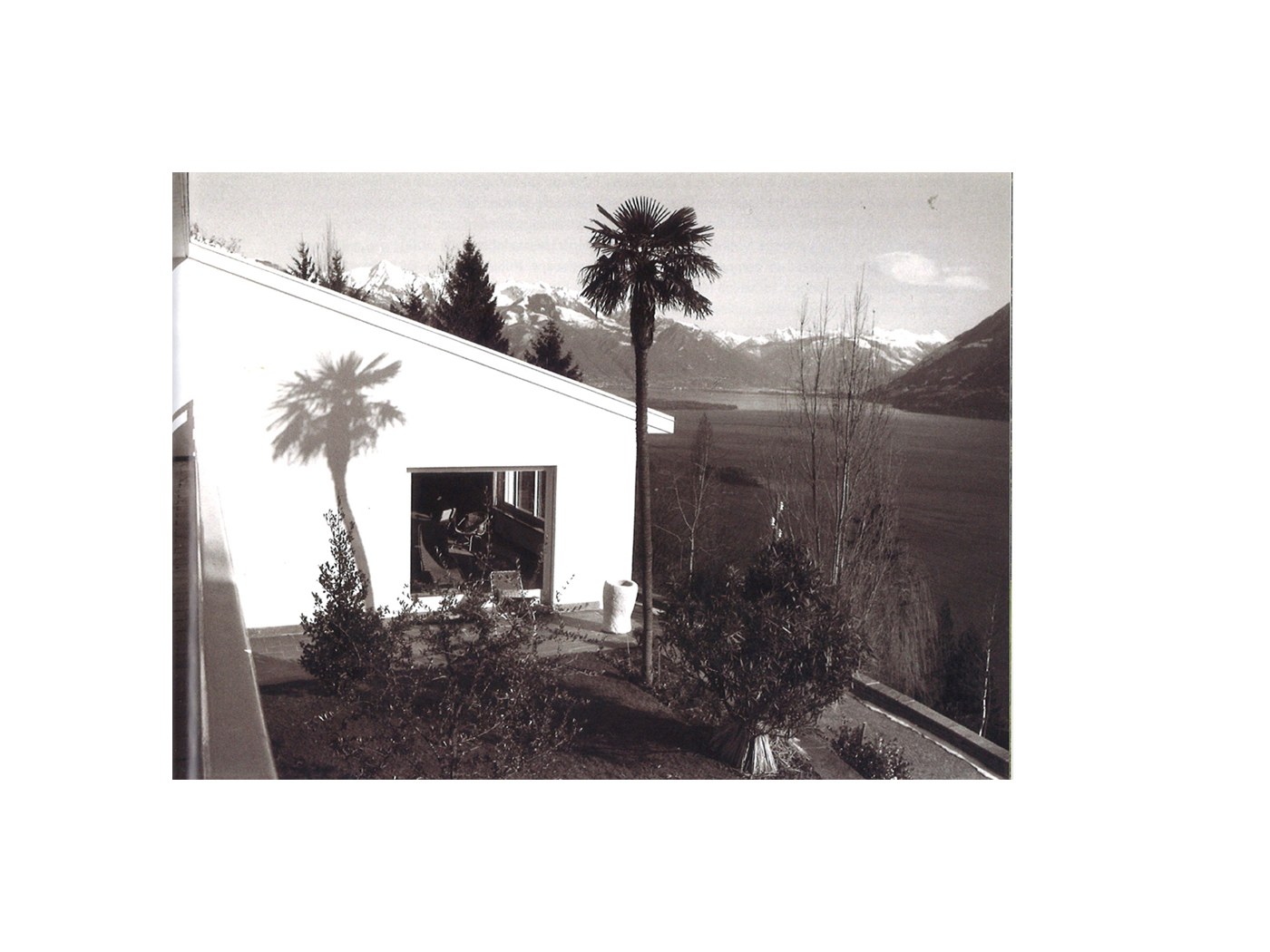 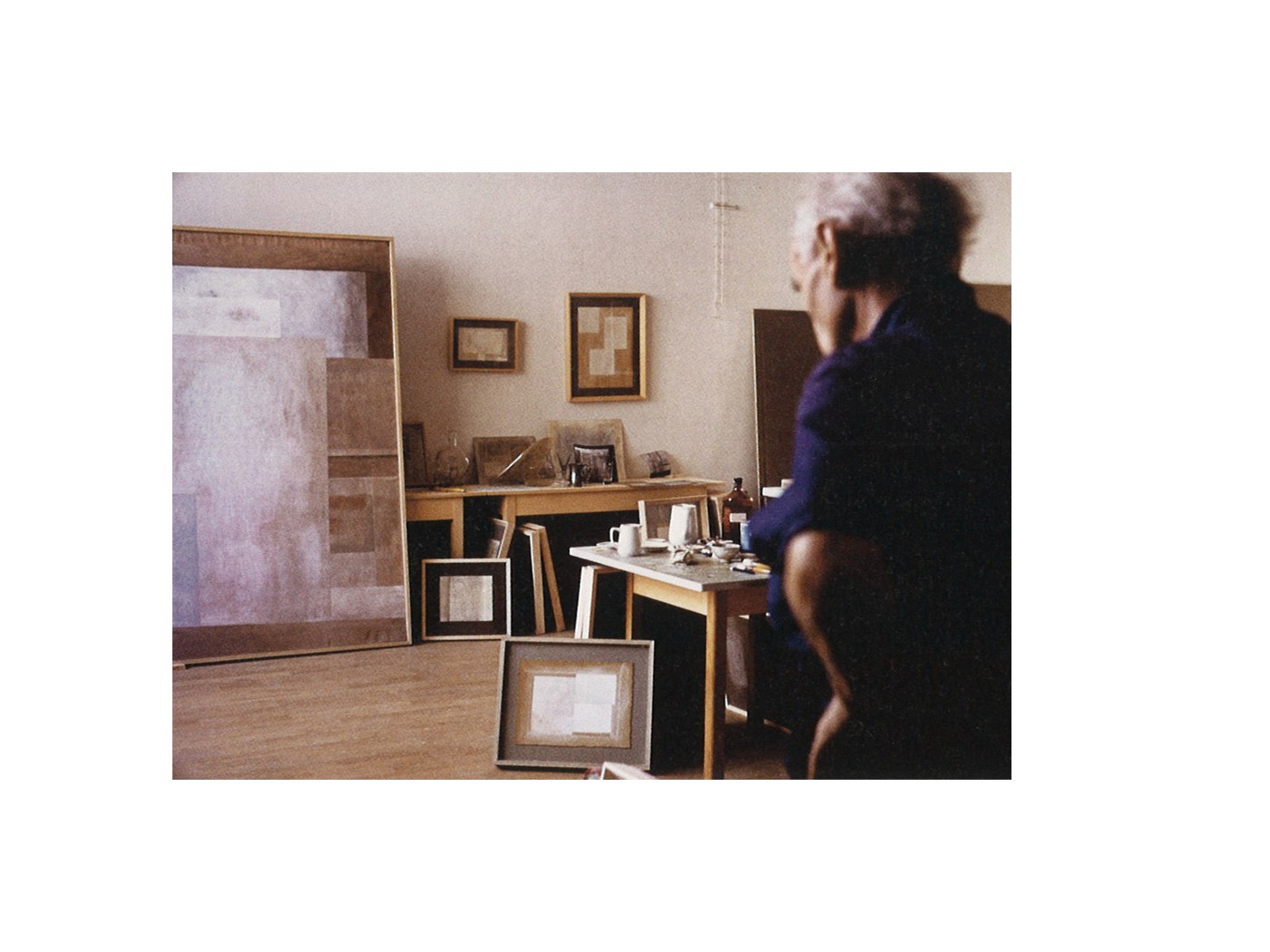 Ben Nicholson’s art has always appealed to me (Ben Nicholson OM, 1894-1982). When I was studying at Edinburgh the National Gallery of Scotland had a simple white relief (1935 (white relief)) that I coveted dearly (I also coveted its purity of thought), and the Modern Gallery of Scotland a later semi-figurative oil painting (June 1961 (green goblet and blue square) which I thought was the most beautiful thing in either gallery (and still do; I see both are currently in storage which is sad). I am no art historian (at Edinburgh I got the lowest mark of any exam I have ever sat after a year of art history) but I thought I should try to record what it is about his work that appeals to me.

At heart, I think it is an elegance of economy; the economy of understatement (rather than meanness), which seems a peculiarly English characteristic: we don’t like a show-off. His father was the English society portrait, landscape and still life painter Sir William Nicholson, and though with him he might seem to share only an interest in still life and landscape, perhaps their Englishness is the real bond.

Ben started in a studio in Hampstead which was left for St Ives in Cornwall at the start of the Second World War. He moved to Switzerland in 1958 with his third wife, photographer Felicitas Vogler, living in a simple white house overlooking Lake Lugano that he mostly designed himself. Probably the clarity of the Alps appealed to him. And perhaps the light by the lake recalled the light in St Ives. He returned to England in 1971, and was living back in Hampstead when he died in 1982.

As part of the group of artists and architects who brought Modernism to England from mainland Europe, Ben moved away from his father’s influence, developing a unique and recognisable artistic language of his own, with a childish naivety in all his work. This is not a criticism: I think most of us could benefit from staying closer to the free-thinking, questioning mind of our childhood selves that we lose over years of learning mostly useless information to pass exams with.

I think I am right in saying that his early white reliefs were a first: they followed a visit to Piet Mondrian in Paris in 1933 and an accident scraping back a board. These and his coloured abstract compositions have a pure, perfect beauty. Less contained than Mondrian’s work, Nicholson’s proportioning is by eye (he always drew the circles that recur on his work by hand; the closer you look at a work as apparently simple and controlled as the Edinburgh white relief, the freer it is). Perhaps it is this instinctive balance that makes them so restful.

Landscape architect Geoffrey Jellicoe commissioned a giant white marble relief (1982) for Stanley J. Seeger at Sutton Place in Surrey, but it lacks this sense of freedom: presumably it was not so easy to play with proportions and line in a giant marble slab. Something is lost in the scaling up, suggesting that even the seemingly abstract whiteness of the reliefs have a human scale, that we experience them in relation to our own bodies.

The later predominantly brown-toned reliefs of the 1970s are less appealing, to me at least – I’m not at peace with the brownness of the ‘70s.

His still lifes, with the influence of cubism from Paris, have the intriguing quality of a double-exposed photographic negative. Objects are overlaid into a single composition, with just enough to say jug or mug from an outline to tell you that these are representational rather than purely abstract works. They don’t seek to find the one emphatic image or view but accept, embrace, a layered reading that allows perception as a creative, personal act, not as fact. His perspective does not follow the rules by which we learn it. He is not saying that his viewpoint is the right one, simply that it is his.

Buildings in his landscapes, painted during his time in Cornwall, have the simplicity of the archetypical child’s house: gable, door, square windows. Compared to Thomas Gainsborough’s depiction of every leaf on a tree in the 18th century, Nicholson’s spare trees more readily express tree for him, and so for us too. His landscapes, seemingly so simple, nonetheless express how it feels to be in them, which for me is the point of painting, to convey a feeling.

His later paintings, like the reliefs, were painted onto board, giving them, without the give of canvas, a flatness which seems to reinforce the absence of attempt to recreate reality: they are pictures, not illusions.

The painted surface is often sanded back, which seems to reflect and record the work as a questioning, an attitude that does not consider the artistic gesture as immutable, but as the record of a thought or an idea. There is an English gentleness to this, which I respond to innately.

His colour palettes are muted, soft; early spring rather than high summer, which again seems to be an acceptance, here of the reality of the English climate rather than a pretence that perfect summer days are the norm.

The series of etchings from 1965-7, when he was in Switzerland, have the confidence of being their own thing, expressing a delight in the making of lines, not unlike his playful handwriting (in his letters sentences head off up the page following trains of thought). His etching of Siena’s Duomo conveys its strong presence, with its bands of black and white marble, without laboriously covering the plate with stripes.

Looking through my Nicholson books and catalogues to select the images to accompany this Record, it felt noteworthy that there are no big, great, works in his oeuvre, as often puntcuate successful artists’ careers. Some works are larger than others, but otherwise all seem of equal worth to him. The titles are reticent, factual: the date and a place or descriptor; no poetry or allusive reference. But despite this inference that the works are simple recordings of time and place, in fact all his art hovers equivocally between representation and abstraction, telling and feeling, and even when representational is at the abstract end of that spectrum.

Perhaps it is this nebulous, enigmatic quality that means I don’t think you would ever tire of a Nicholson on your wall.

Ben Nicholson’s work often comes to mind when responding to a site for the first time, and in the studio we find ourselves referencing his work when presenting first ideas for projects. This may be various things.

Nicholson, as one of the first to see Modernism in Paris, brought it back and made it his own with his subtle and sensitive artist’s eye. The modern European spirit was filtered through his English sensibility, to fit in, not fight, with what had gone before, giving a subtle Englishness to his work.

I think had English architectural modernism sought and managed to hold on to and instil a gentler, more questioning spirit, had thought of itself as a continuum with the past rather than a break with it, it wouldn’t have reached the dead-end it did. There are political parallels in our rejection of modernism and the European model, rather than an attempt to engage and form our own version of it. We should have listened more.

Compared to his contemporaries Henry Moore and Barbara Hepworth (both sculptor’s first, and Hepworth Nicholson’s wife for 21 years), Moore belonged to the spirit of International Modernism: in the 1960s and 70s no global HQ building was complete without a work of his outside (they could be ordered by size, priced to suit). And Hepworth, with more faith in the artistic gesturework, perhaps aligned with brutalism, albeit of a tender kind. They reveal Nicholson and his work to be gentle, quiet, nuanced.

Nicholson’s subject matter reveals, directly and indirectly, an interest in buildings, and of course Nicholson’s reliefs are highly architectural. But then all of his work is (at least to an architect). His paintings, whether abstract or landscape, etchings and still lifes often resemble loose architectural plans, with their layering, concealing and revealing suggesting the possibility of a more subtle way of reading architectural space, and of space itself.

Though introvert plus introvert can equal awkward silence rather than enlightening conversation, I would have liked to have met Ben Nicholson.