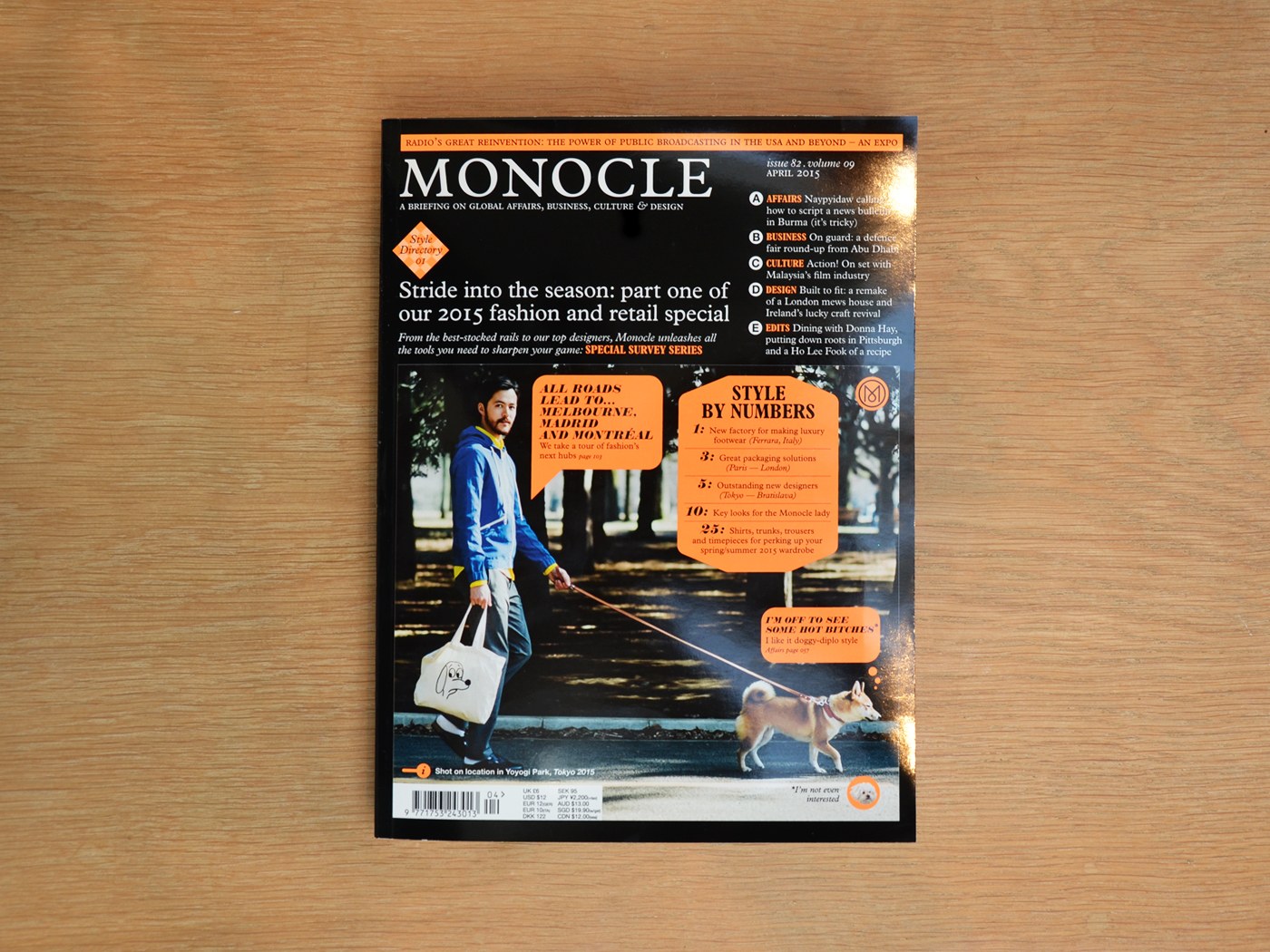 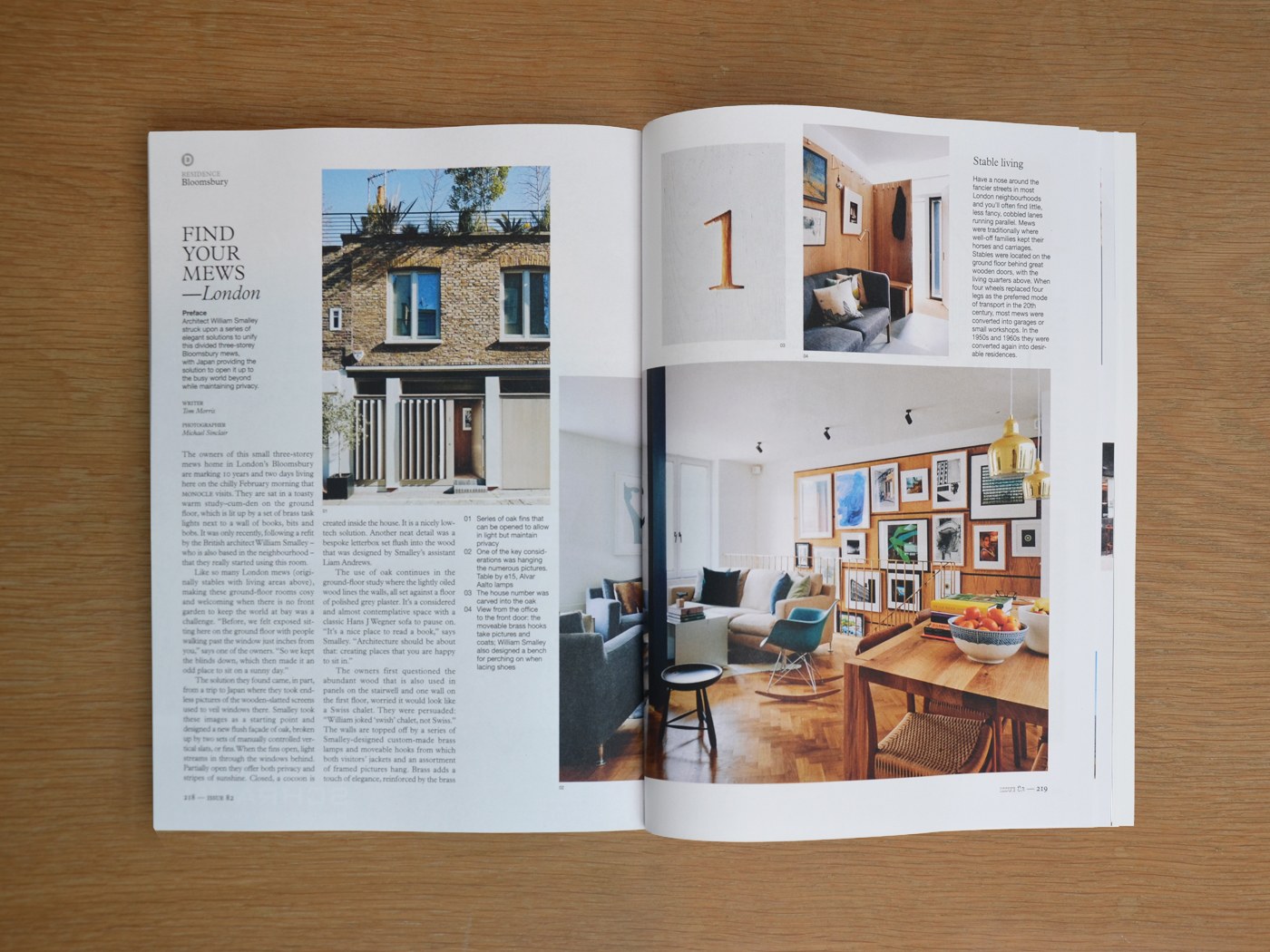 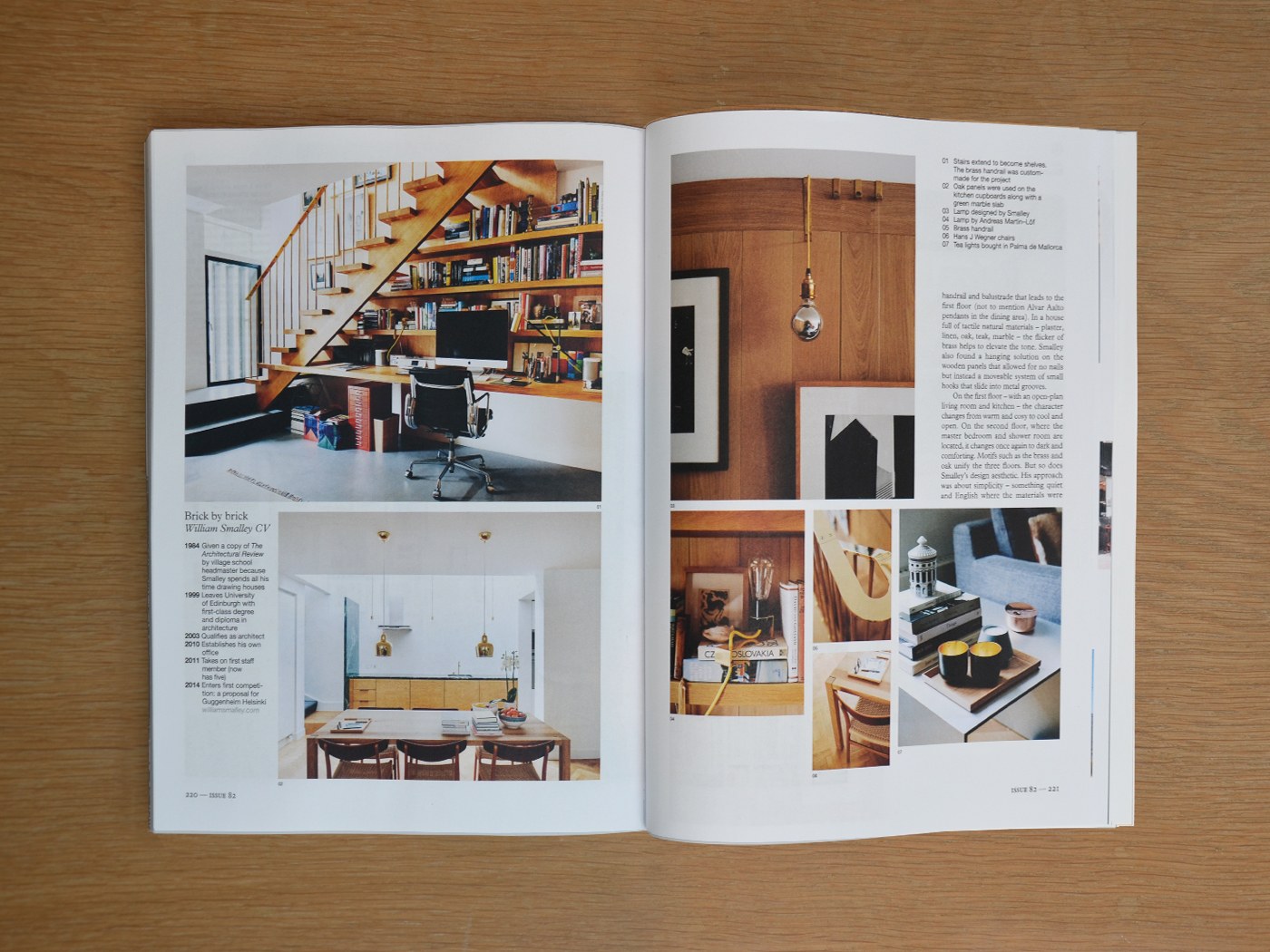 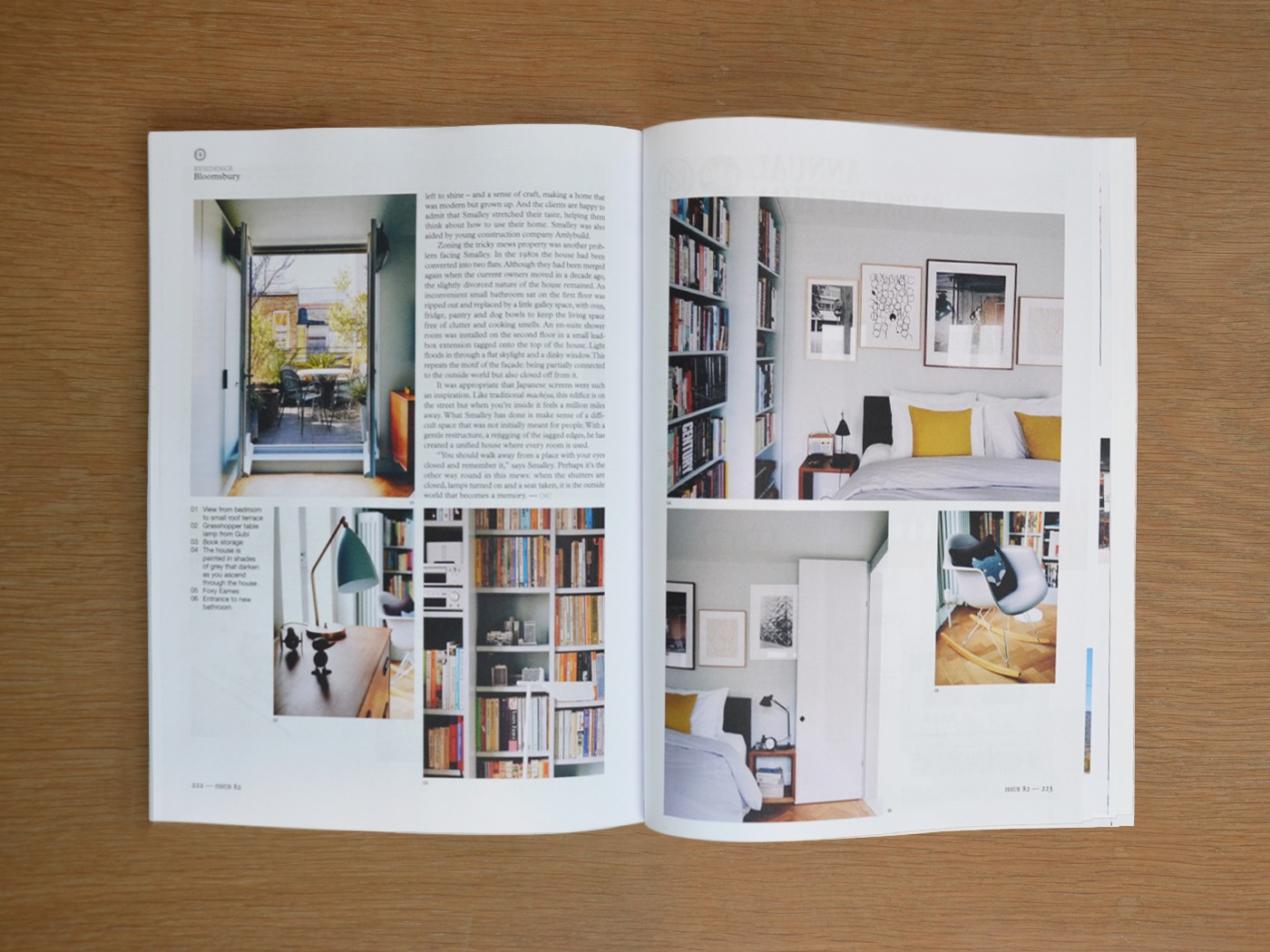 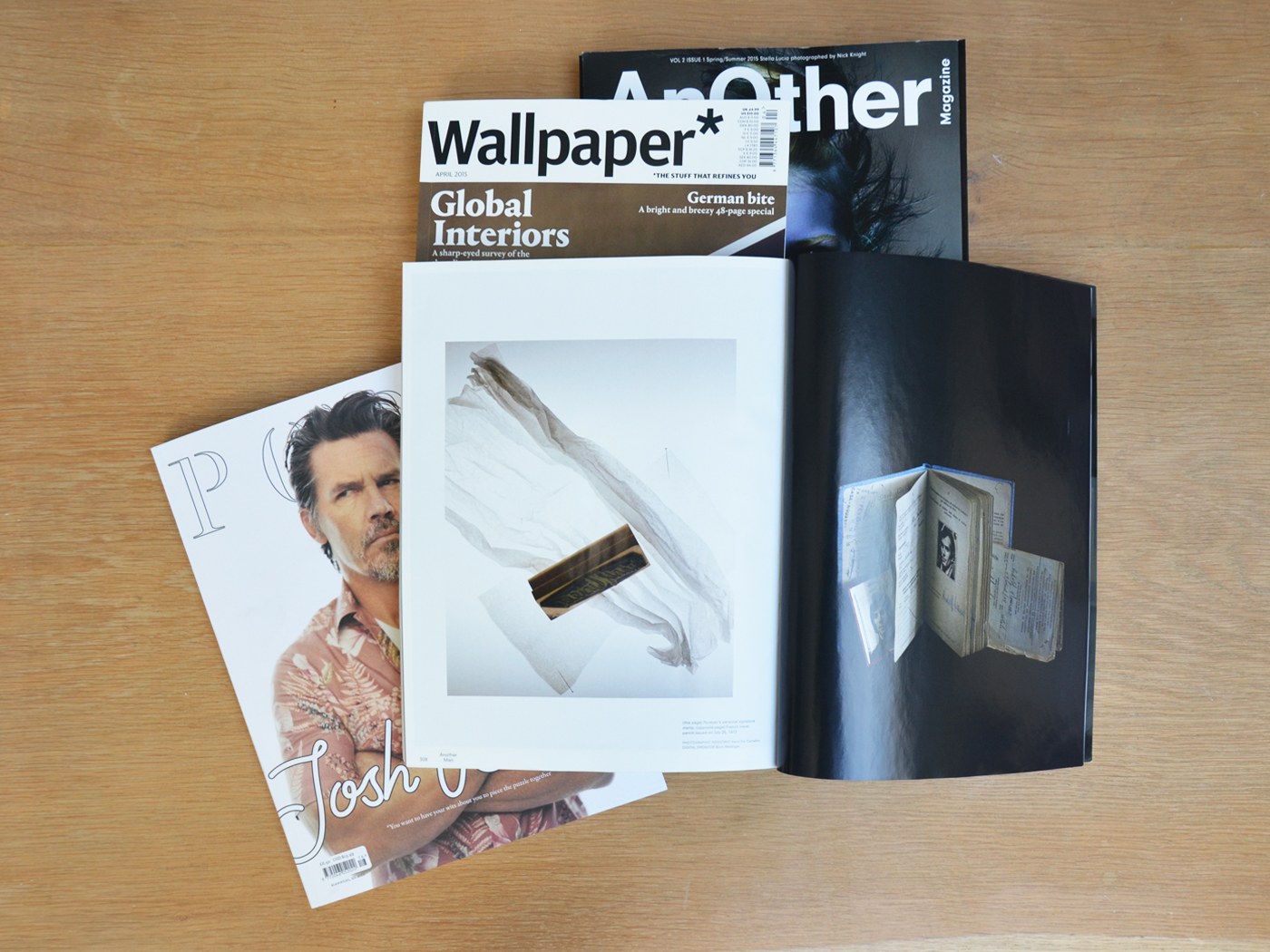 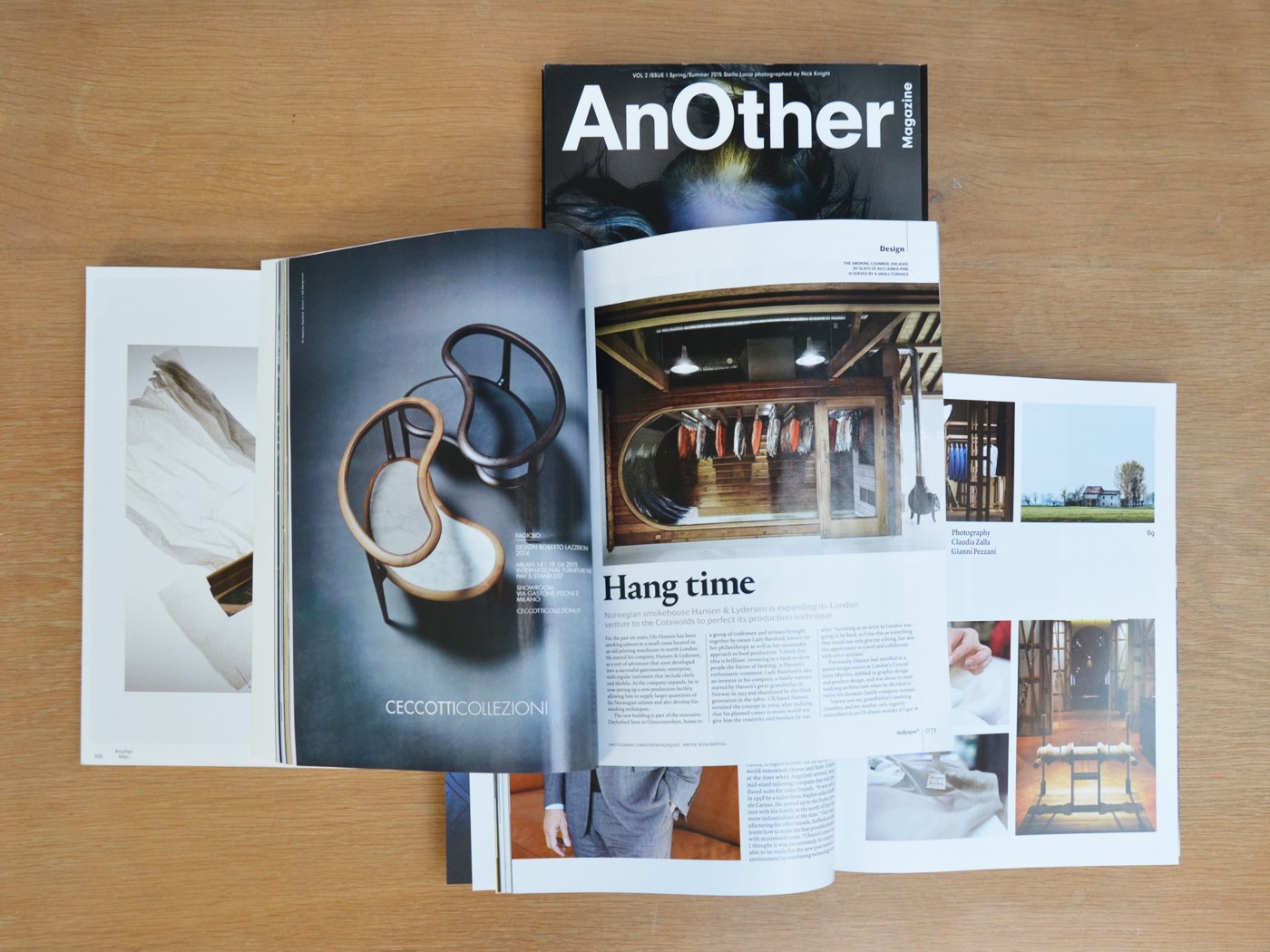 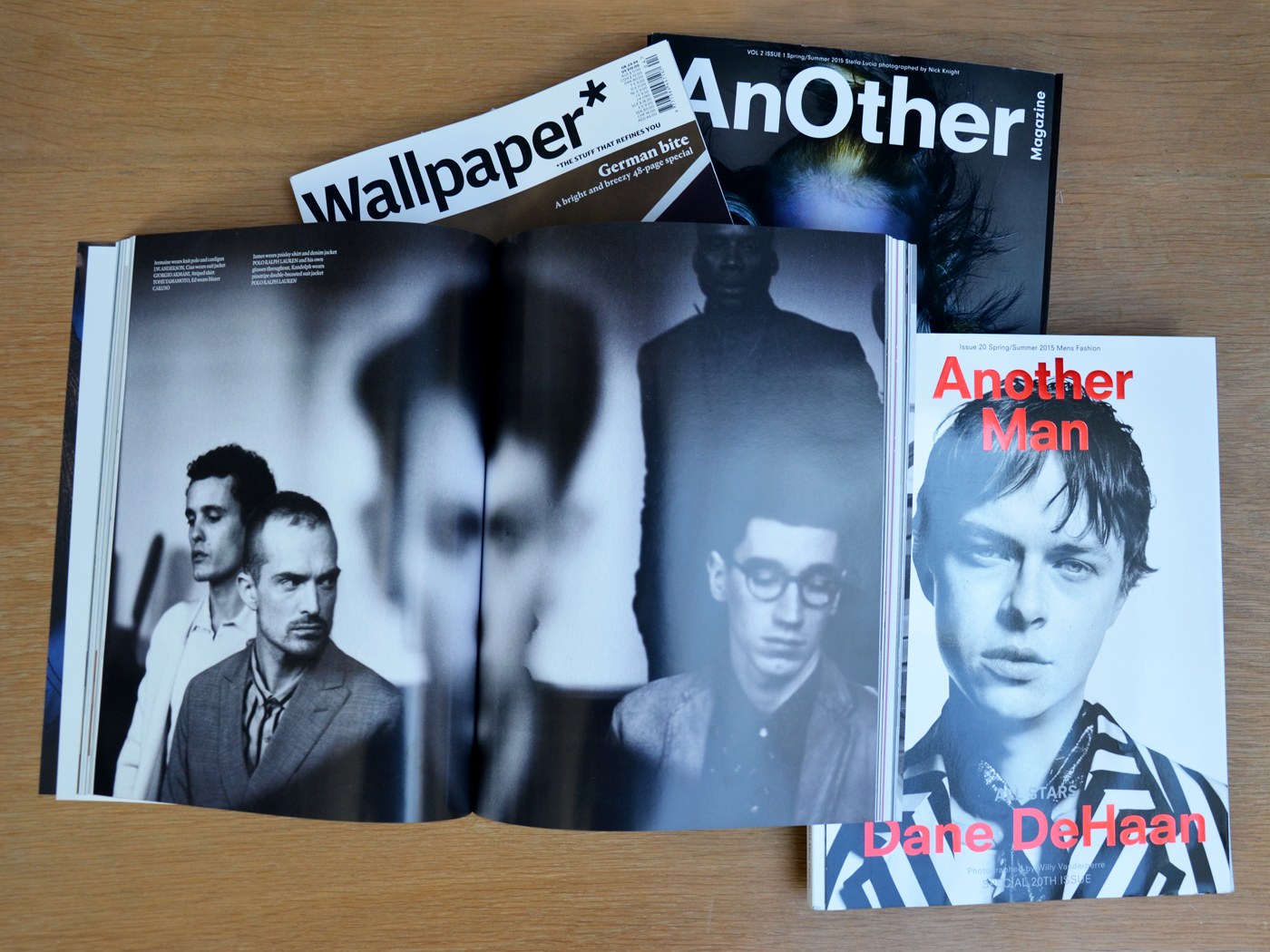 I have followed Monocle magazine and the considered, world-encompassing-view it rigorously maintains with a certain quiet awe since its launch a few years ago; office bookshelves now sag under their collected weight. So it is pleasing and not a little flattering for a recently-finished project to this month be a part of that vision.

The project was the careful unpicking and refurbishment of a mews house in one of London’s most original mews, around the corner from the office. The brief for the project developed organically but the finished house has a satisfying completeness, with a continuity running from the architecture – via the rotating front fins, beautifully crafted brass stair handrail, oak joinery, bespoke lights, standing slab of green-veined marble and an opening glass shower ceiling – to the clients’ possessions which have very happily (re)inhabited the new spaces. Perhaps it is this wholeness of vision which most ties it to Monocle.

Monocle’s founder Tyler Brûlé champions the continued validity of the printed word in the digital age and I concur (even if this is being read on a screen). I love magazines for their pace, bold visual imagery, easy familiarity, randomness, as well as their particular physical touch, all in their way distinct from the qualities that make a good book. Reading a good magazine is like catching up with an old friend – the words do not need to be recorded for posterity, but they free us from our own lives and spark new thoughts.

Although I conceive of this website as a magazine (its design was influenced by 1960s Vogue), magazine websites generally fail to capture the balance between permanence and the now held in the physical object. It is rather in the same way that I cannot imagine remembering where and when I turned the last page of a novel read on a Kindle as I can with a paperback. There are parallels with buildings, and those spaces that have presence enough to hold memories as opposed to those we simply pass through.