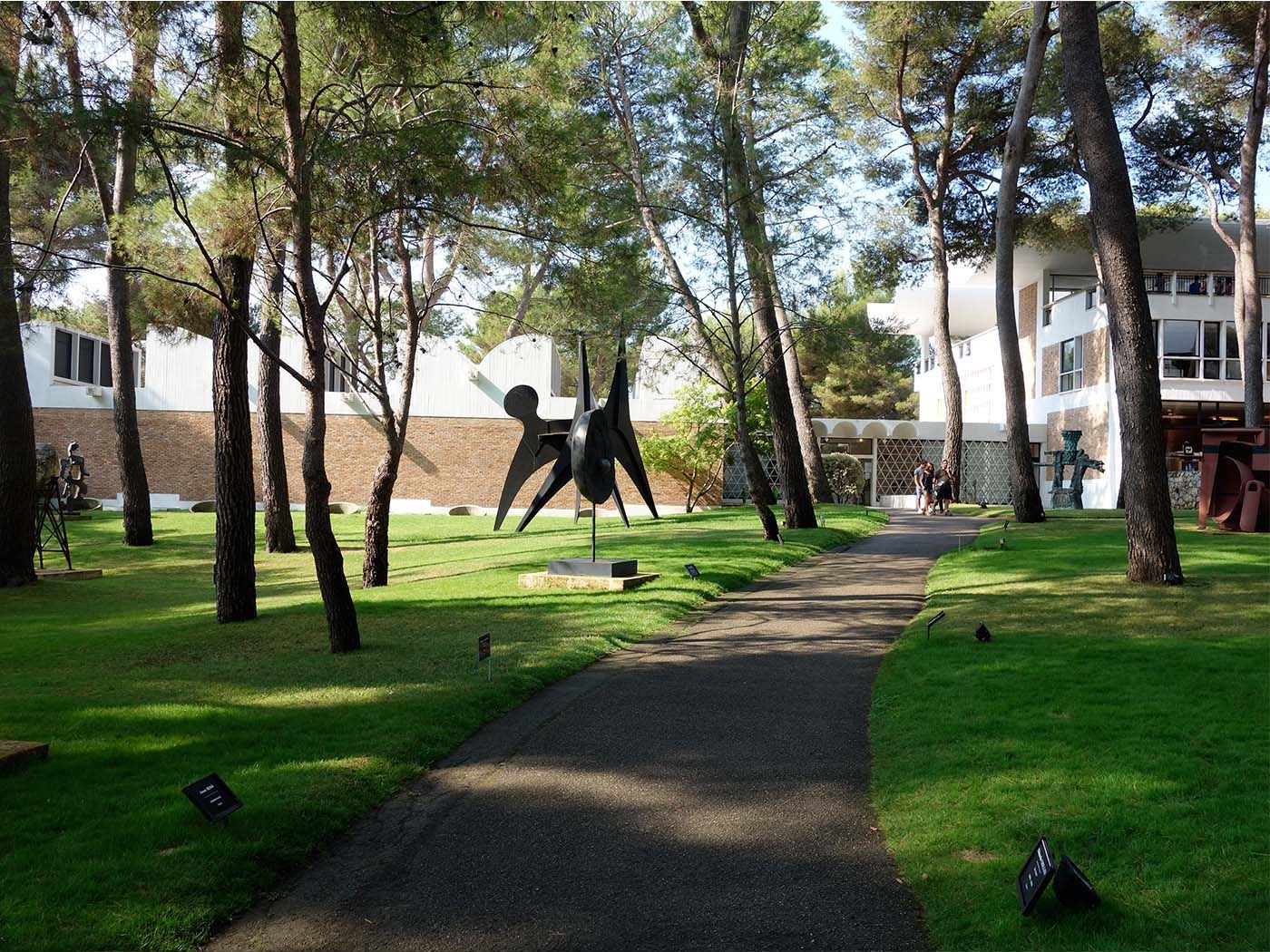 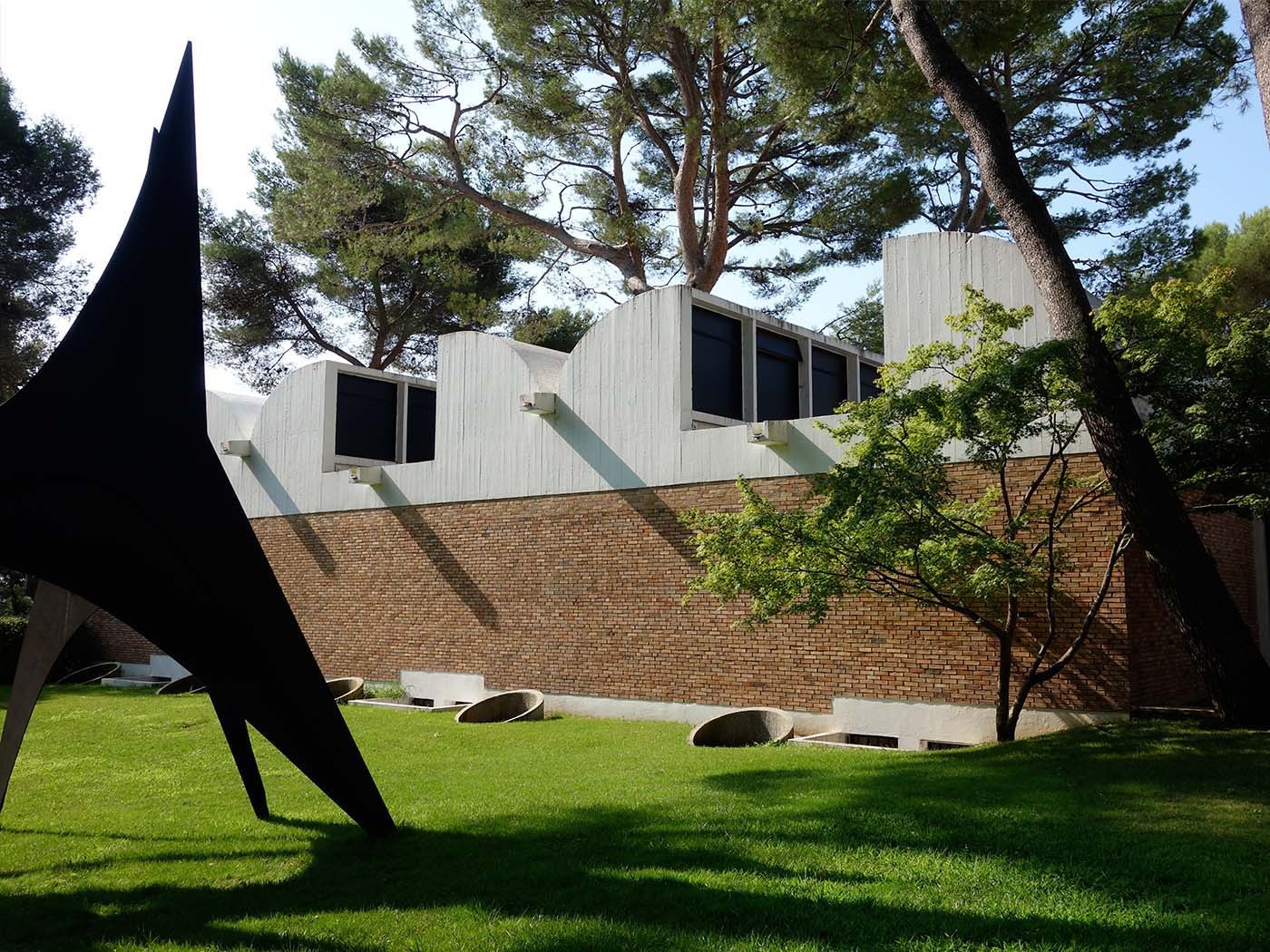 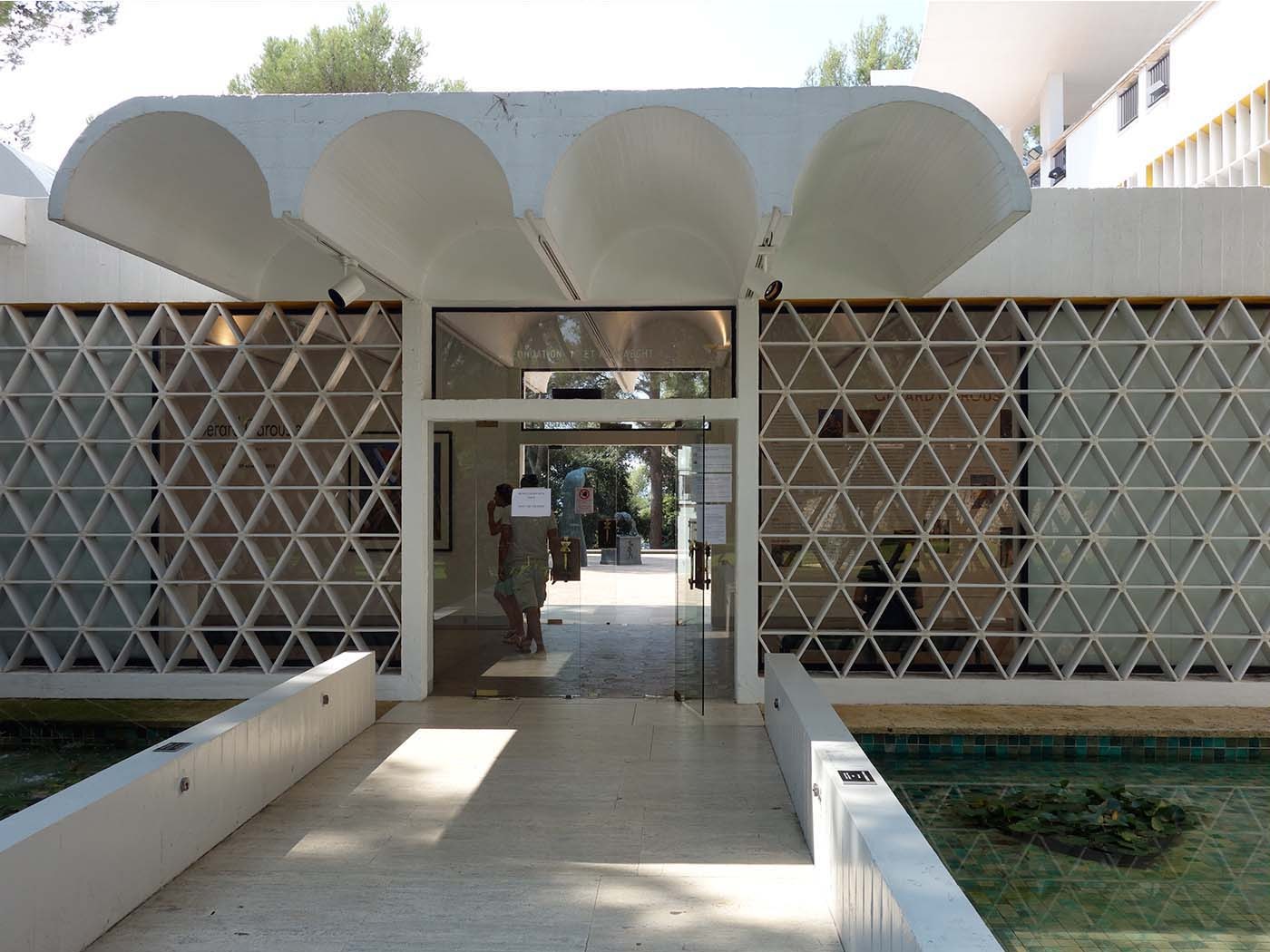 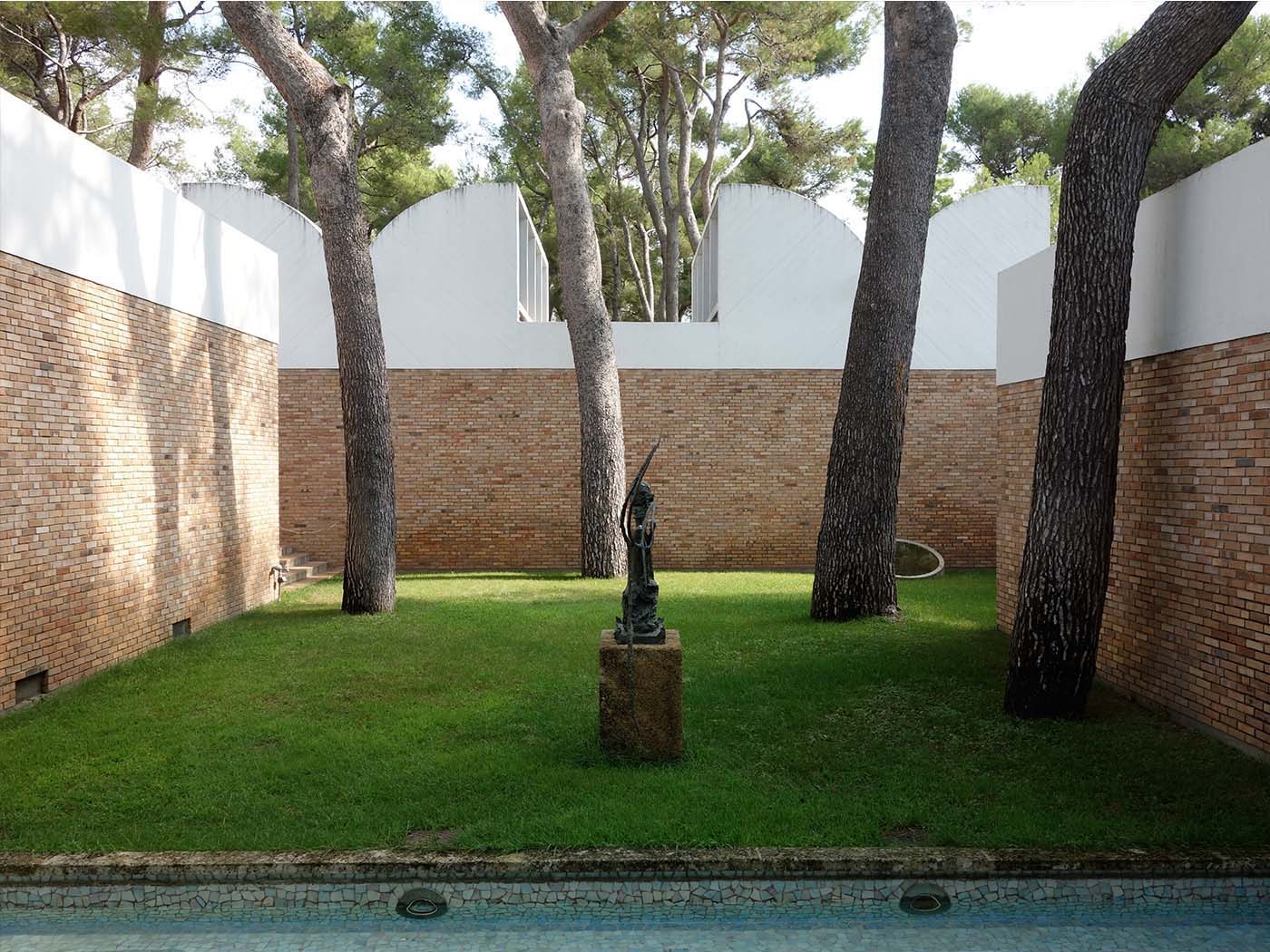 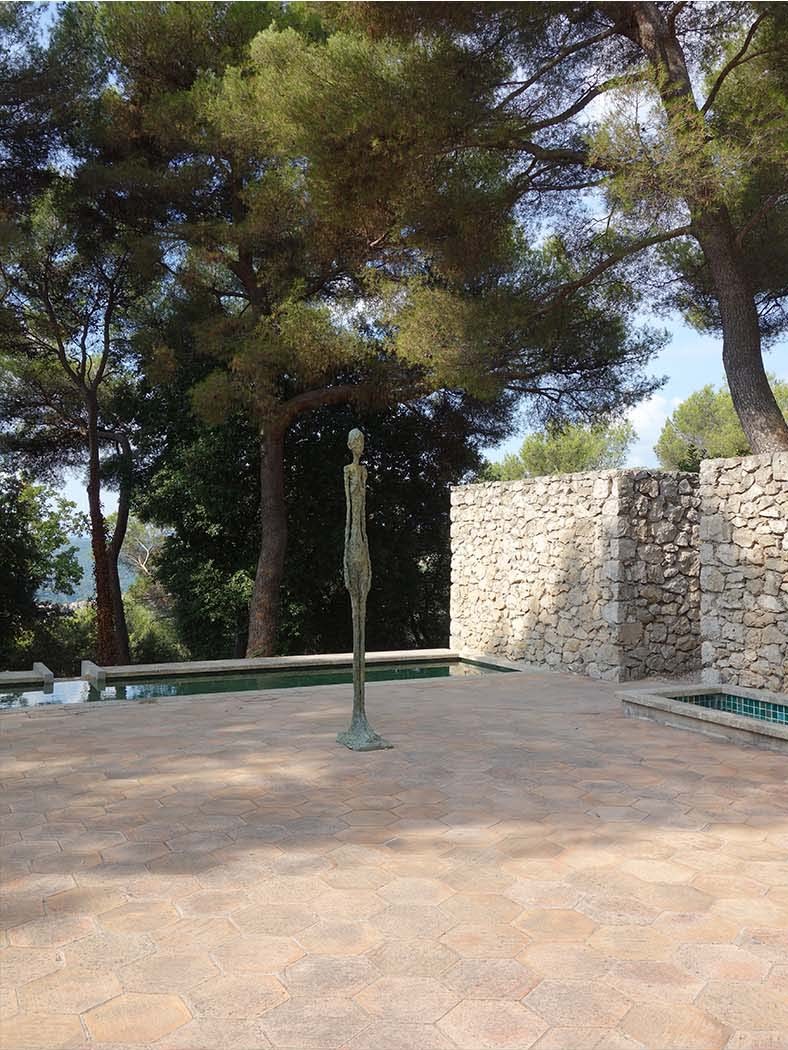 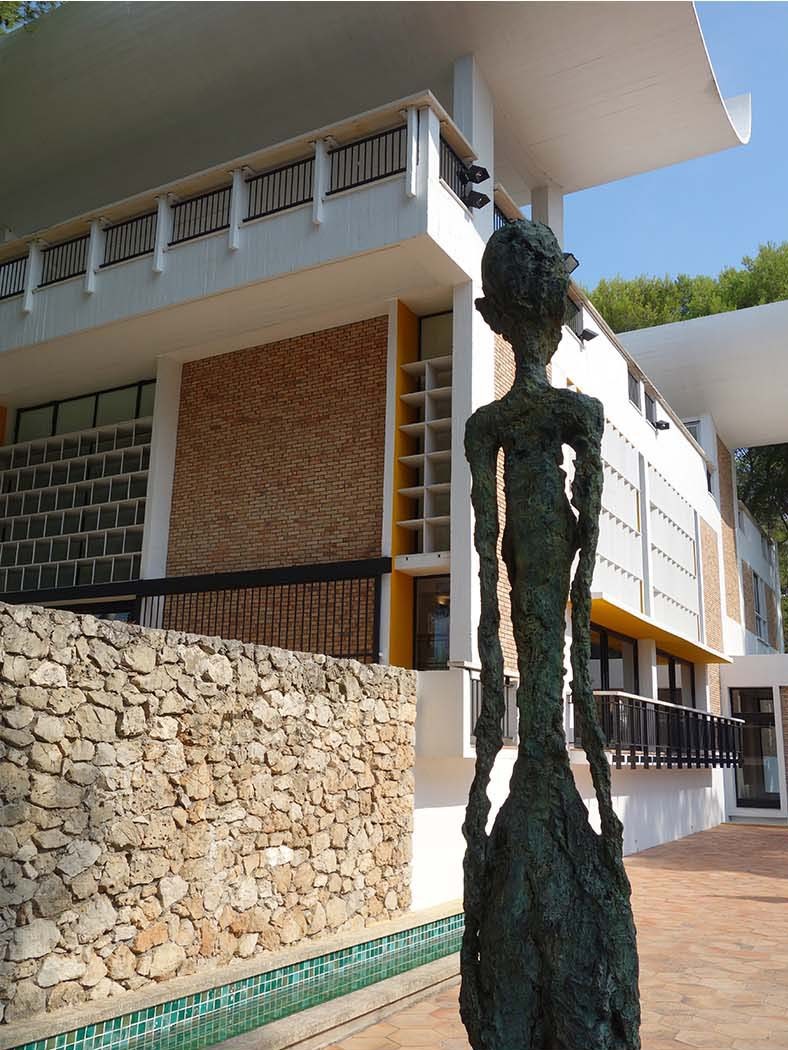 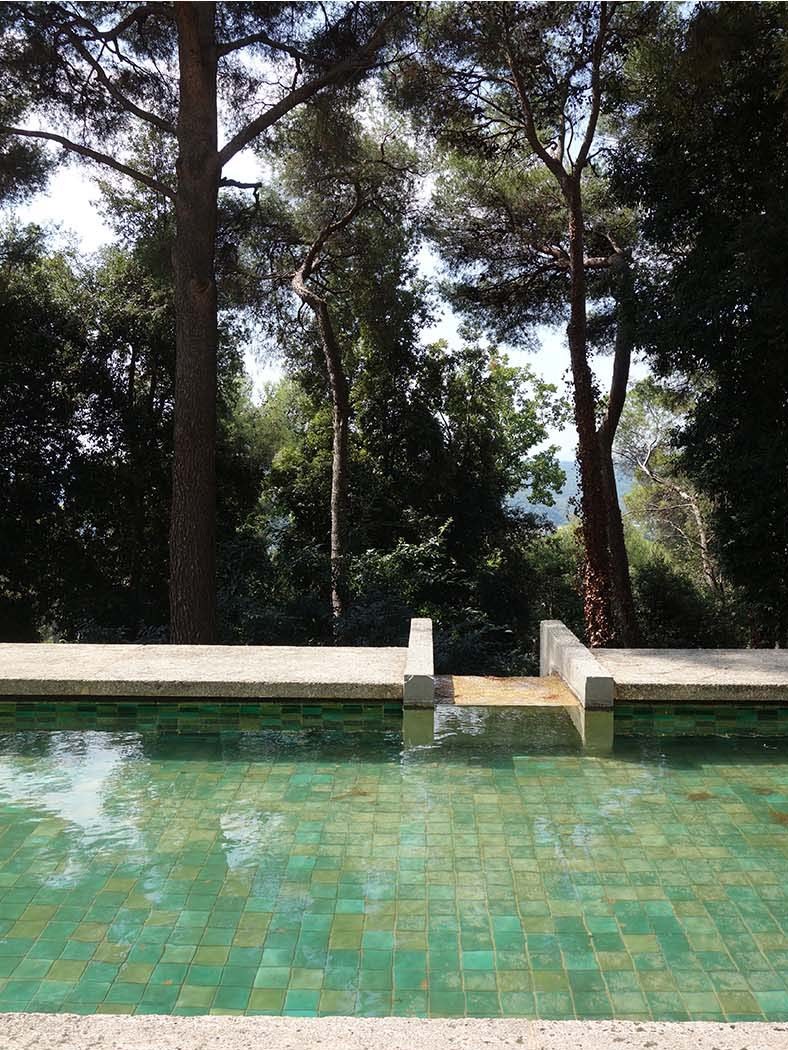 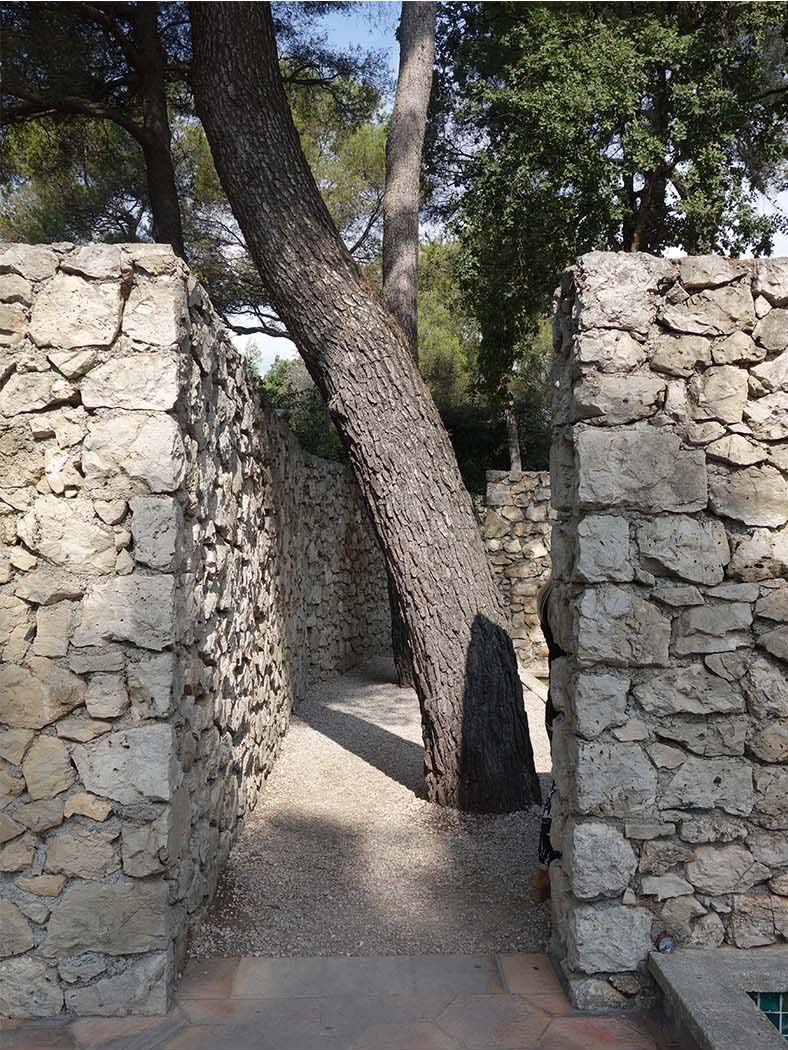 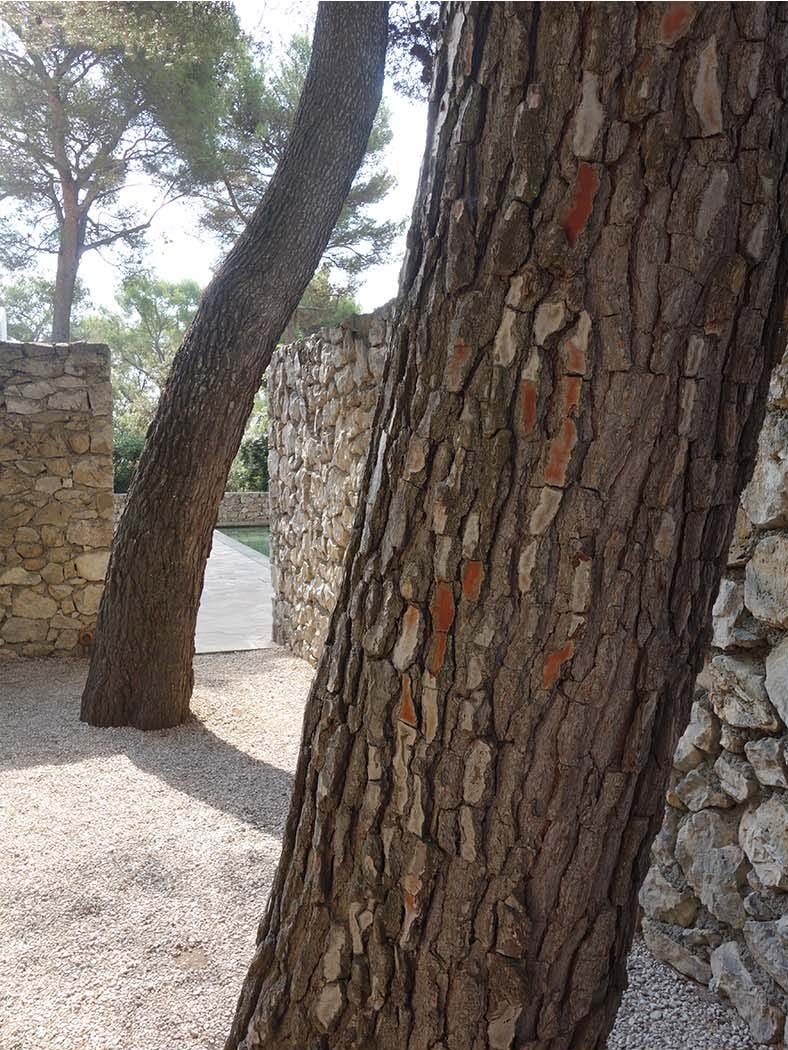 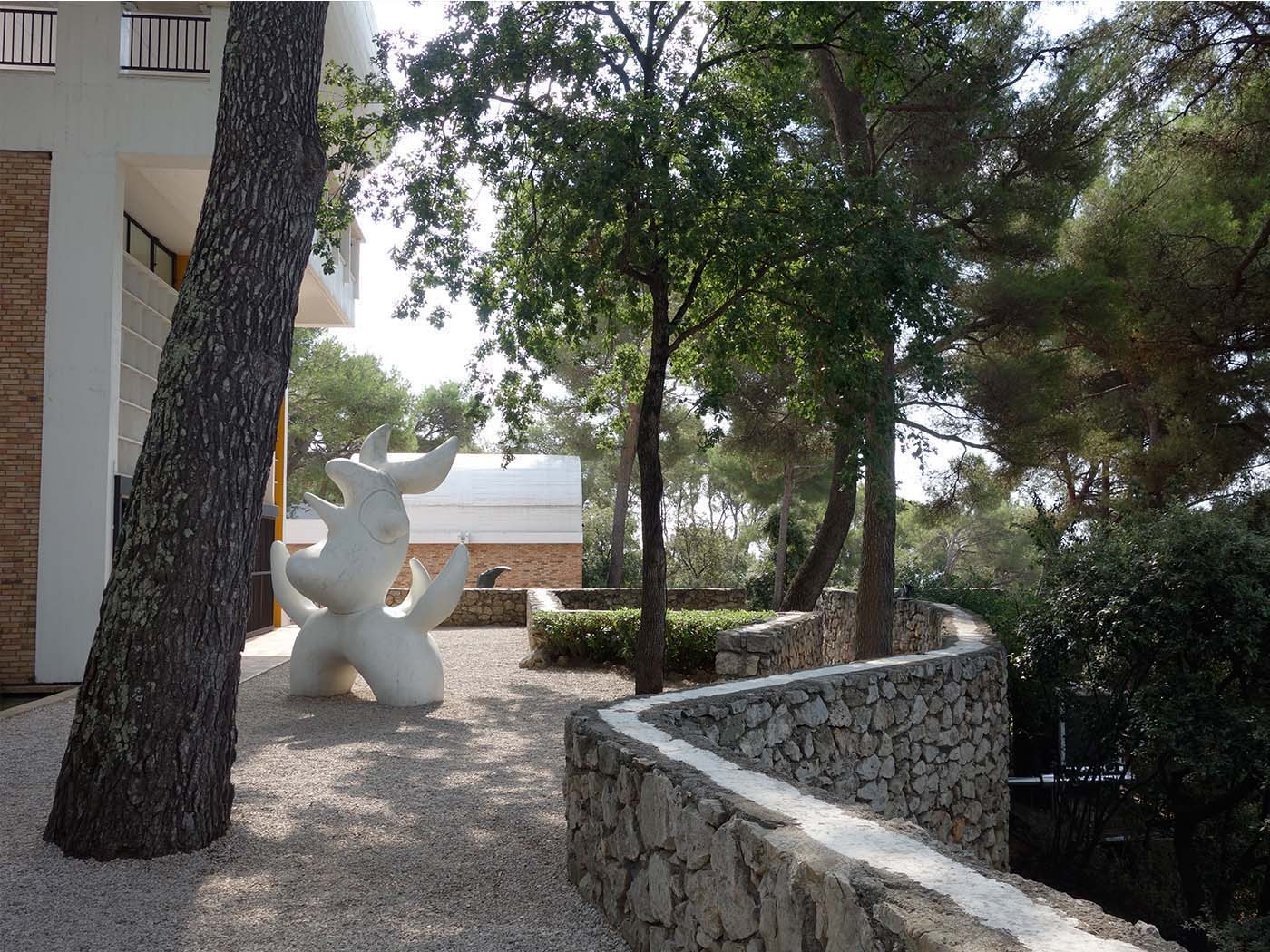 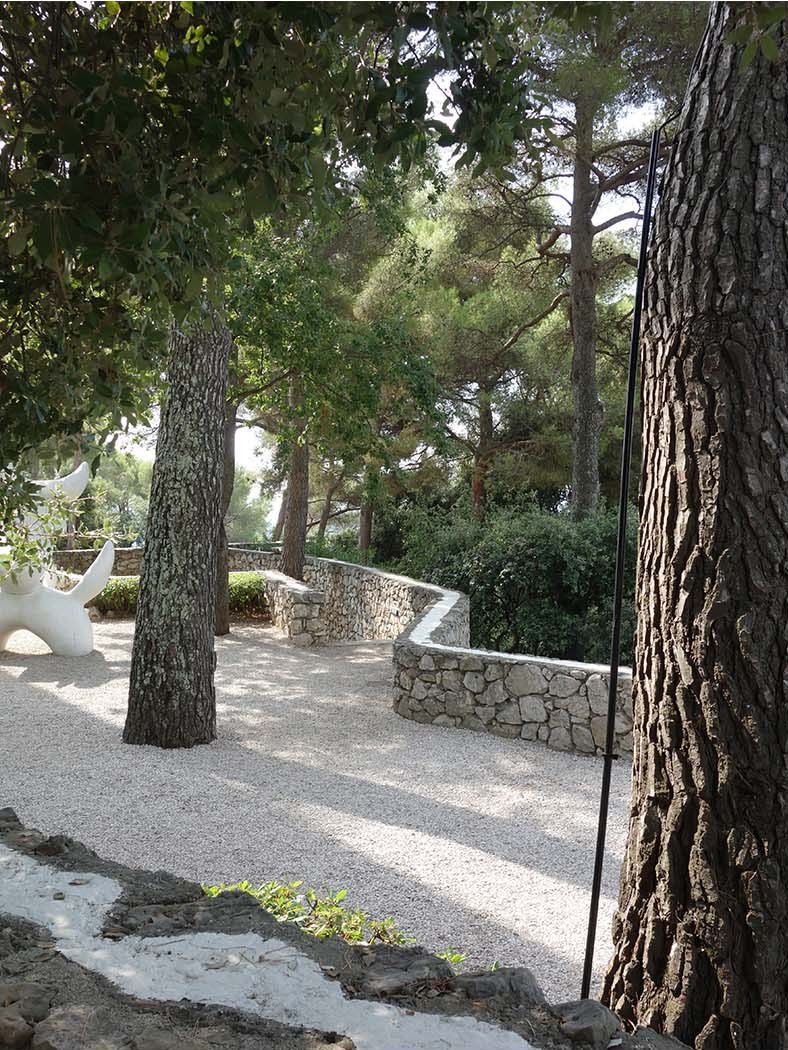 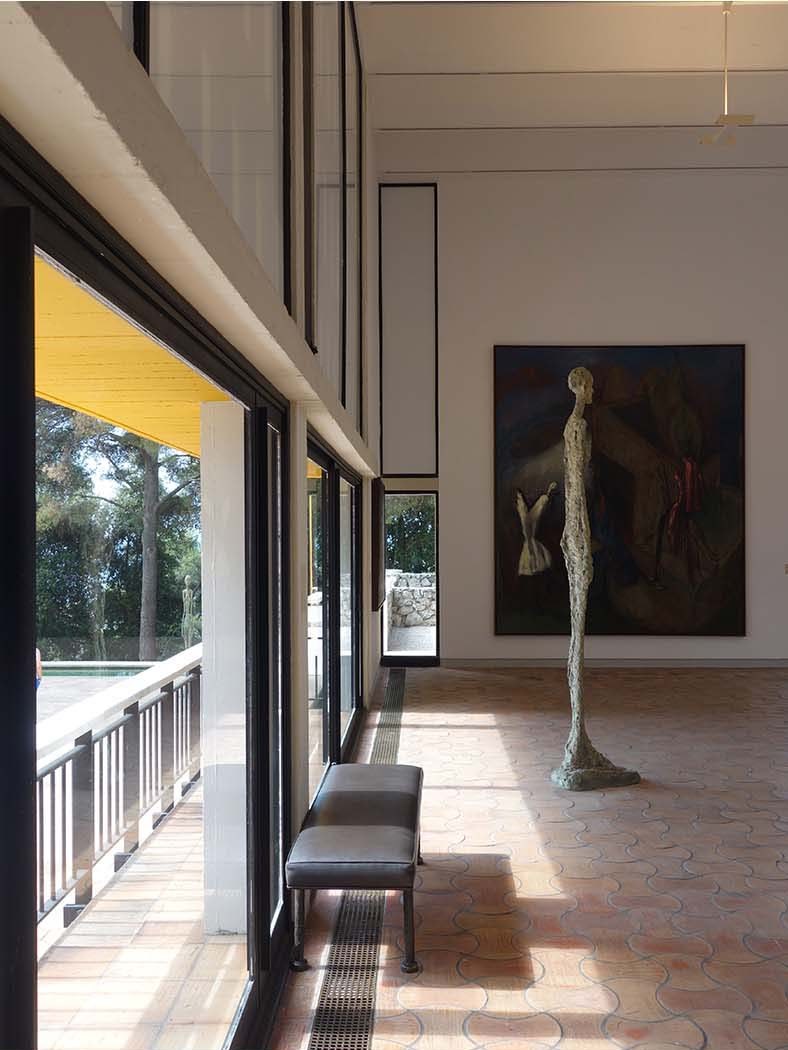 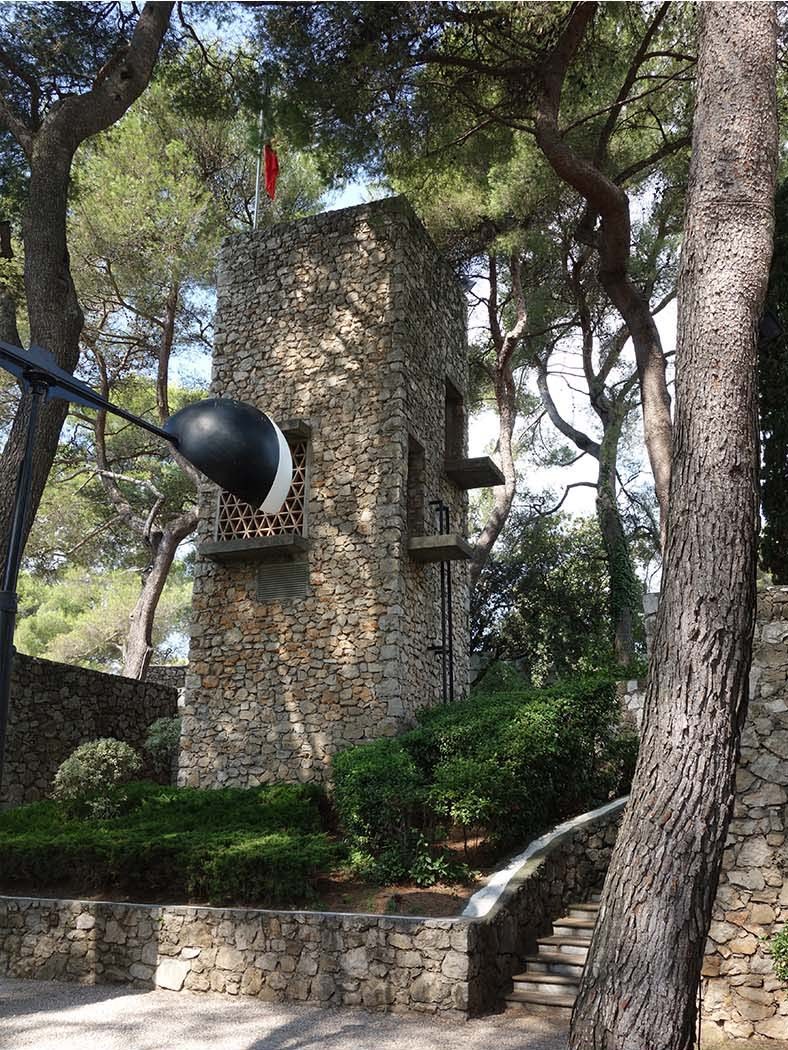 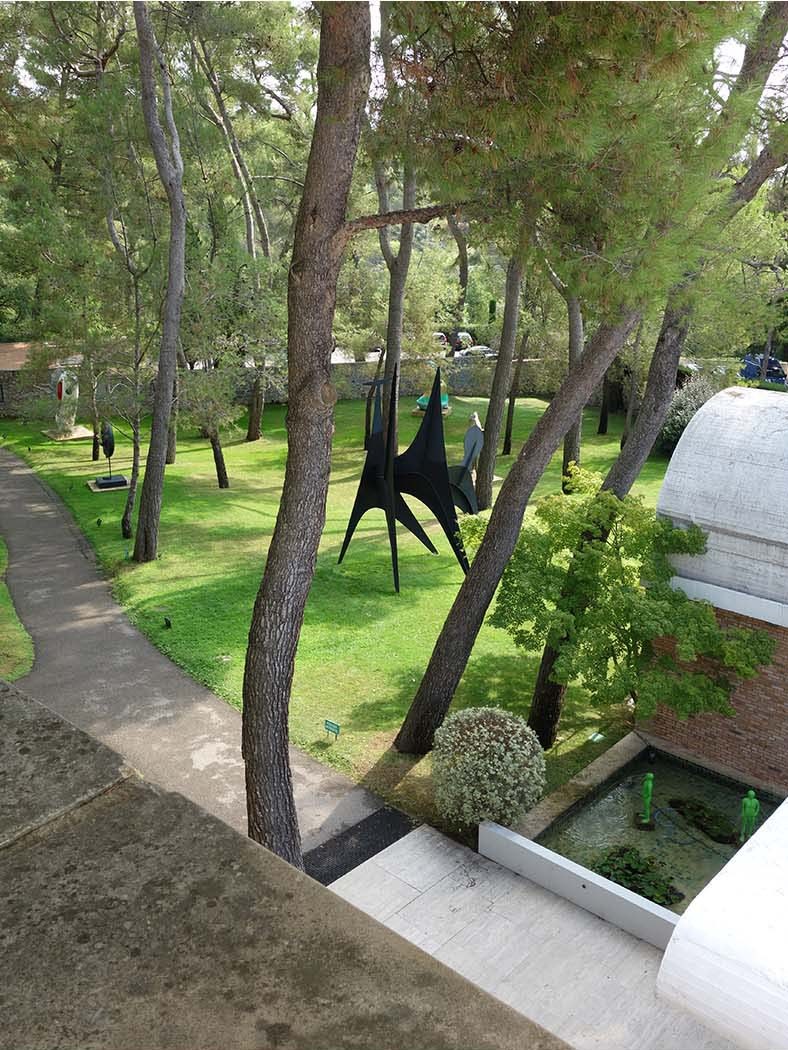 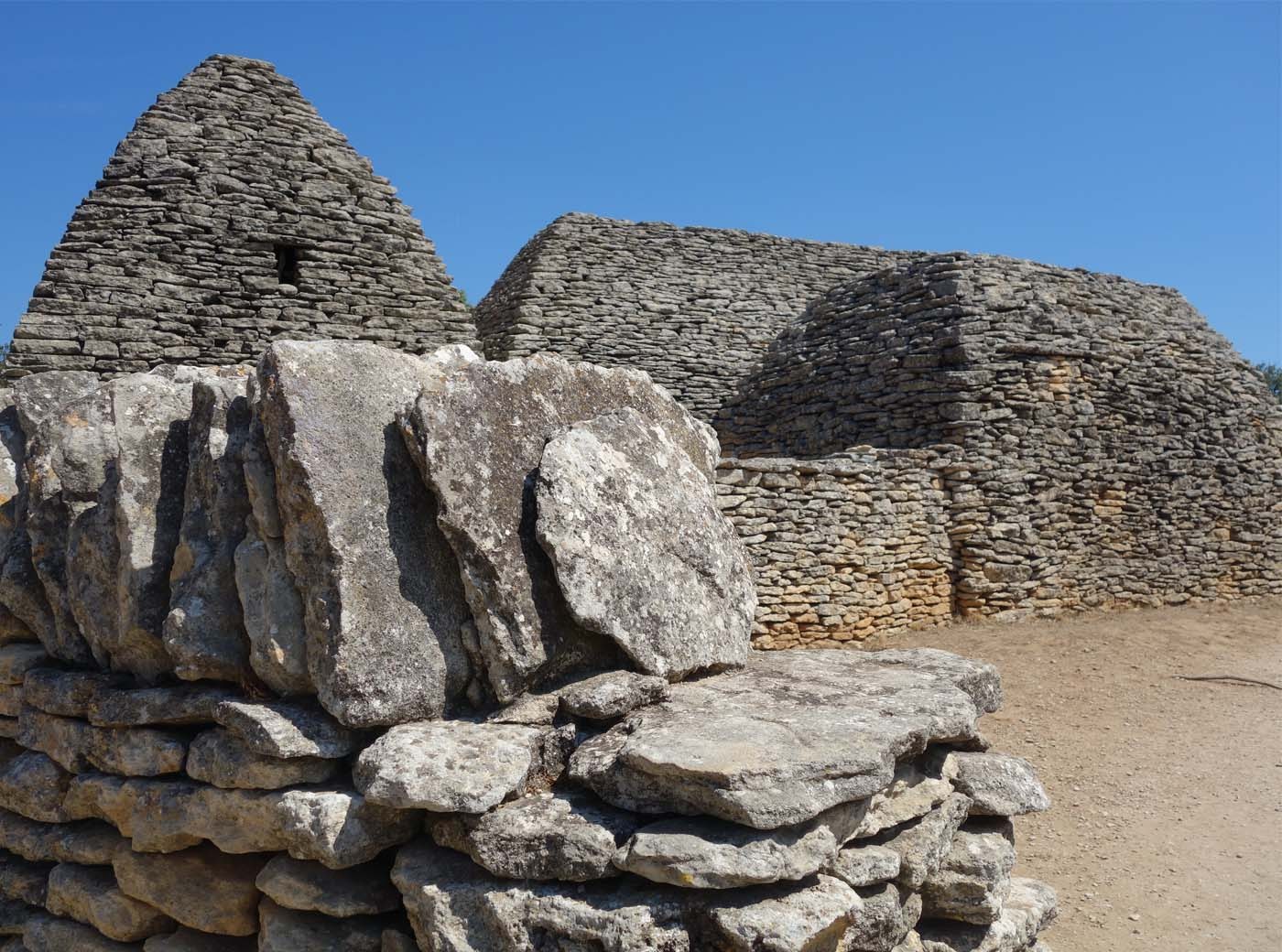 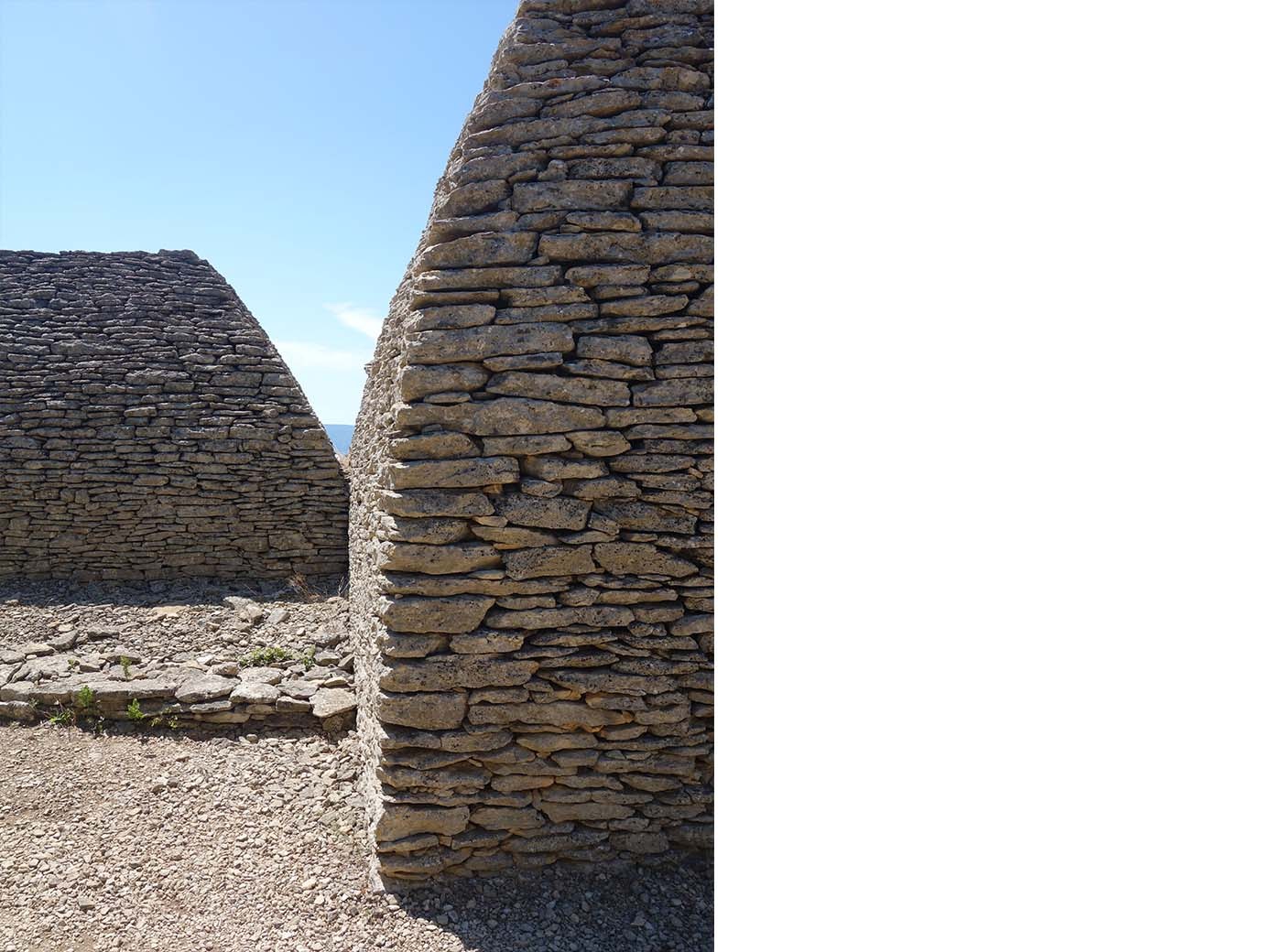 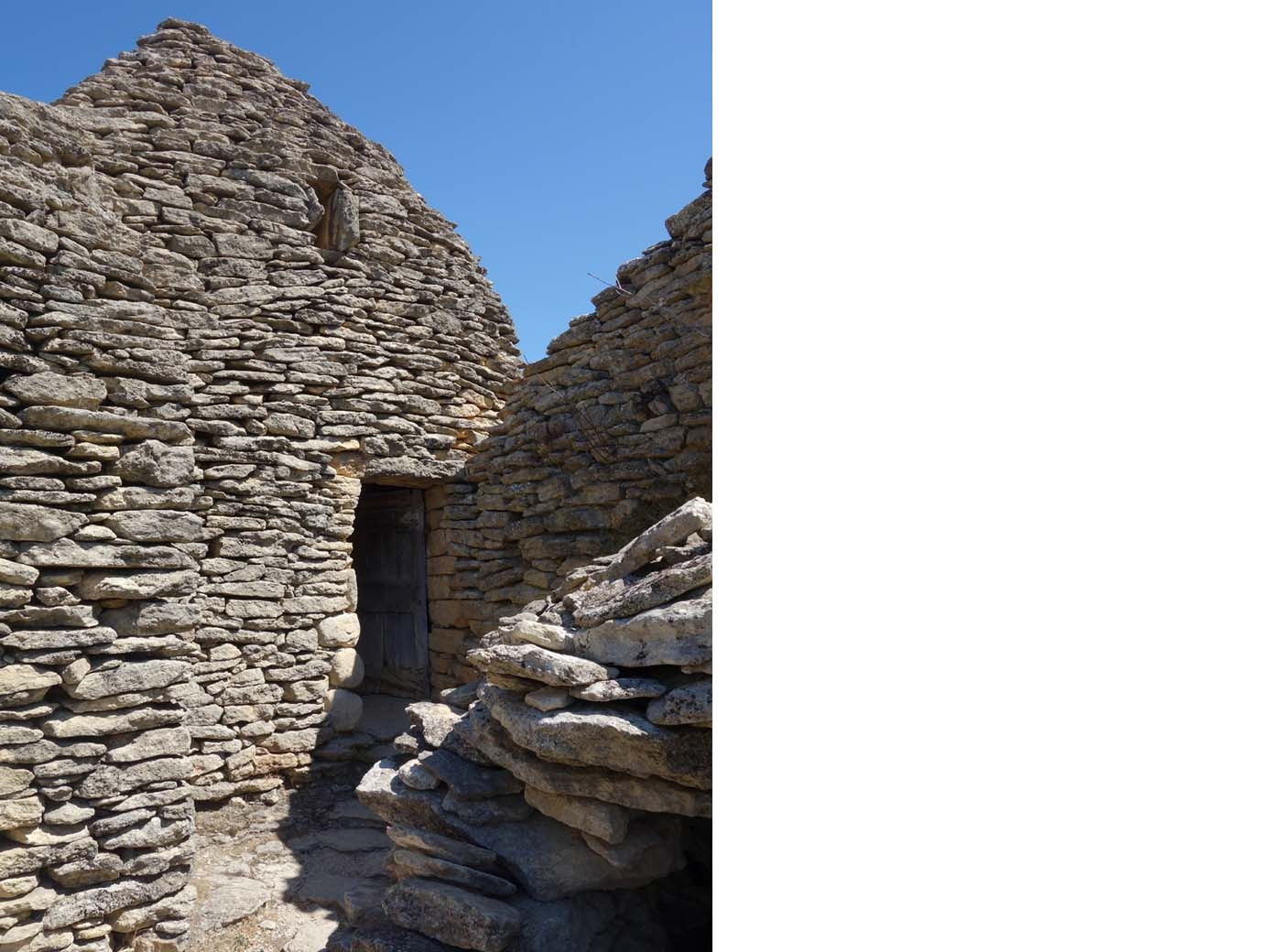 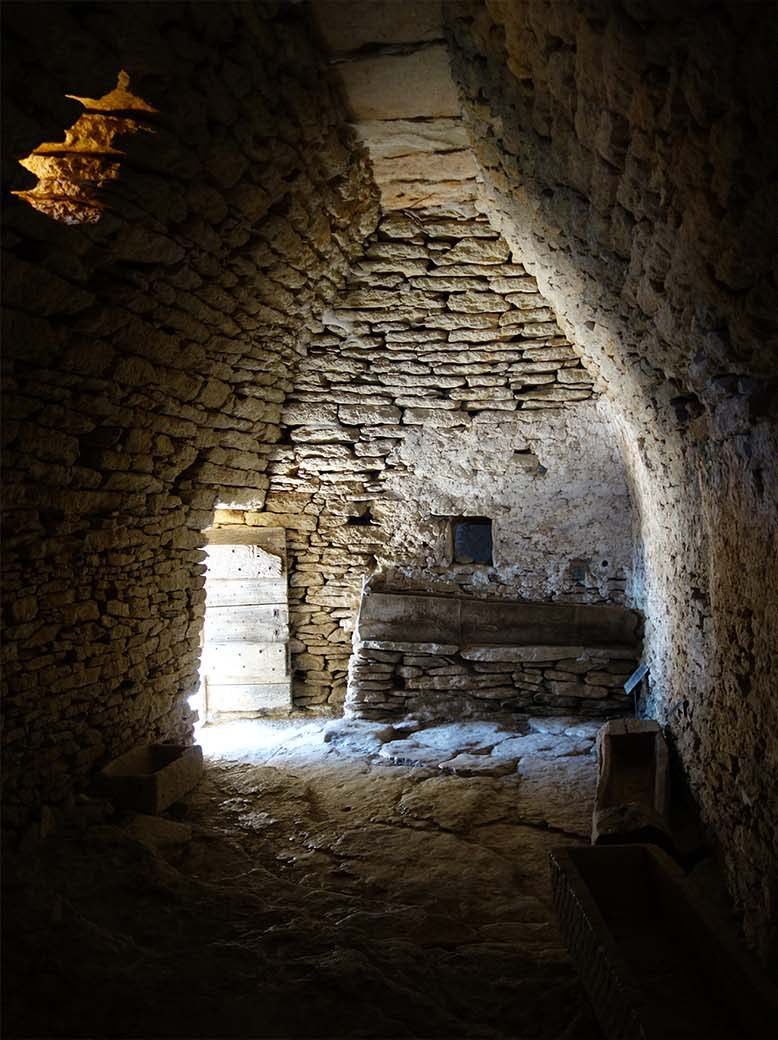 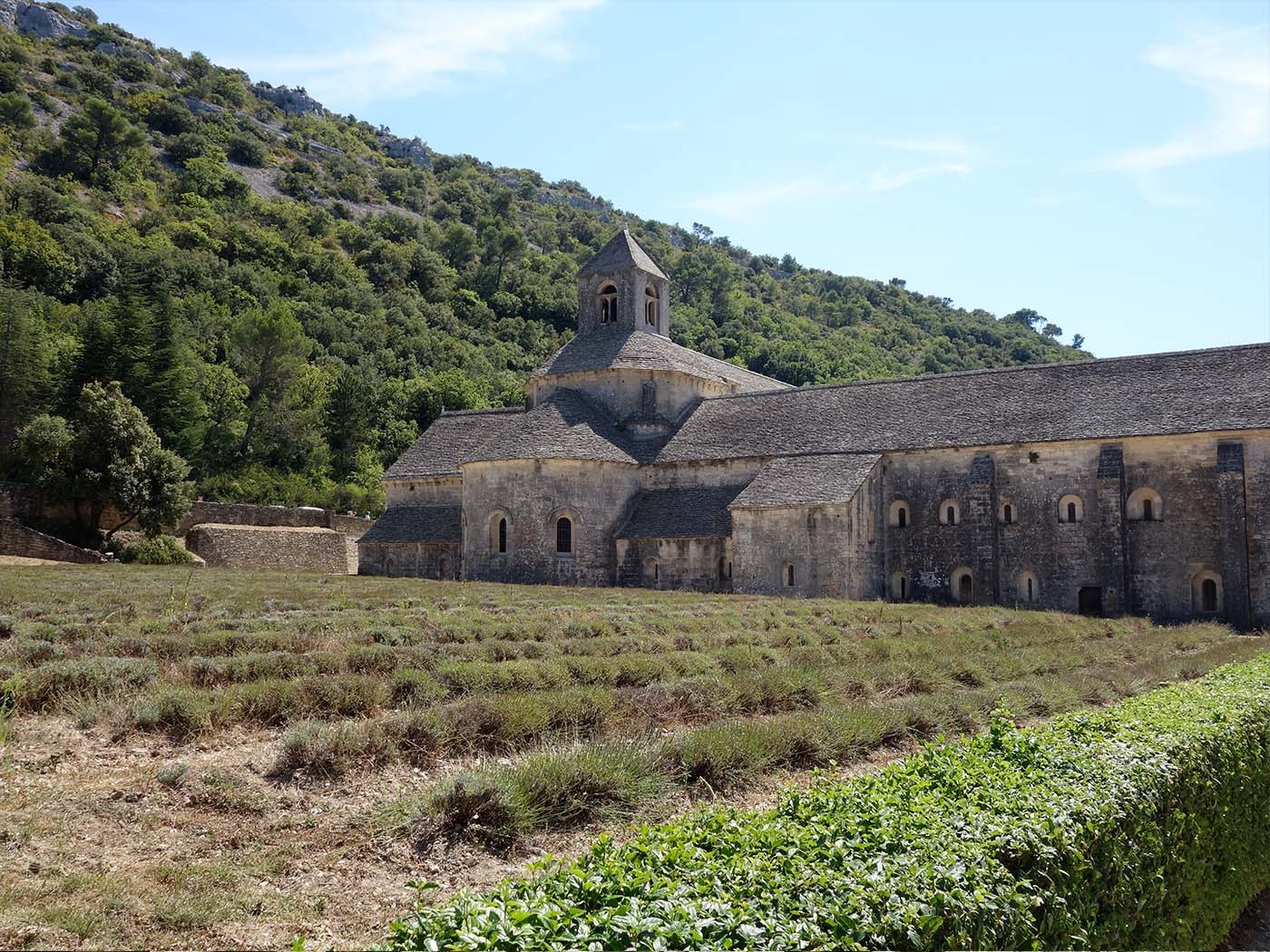 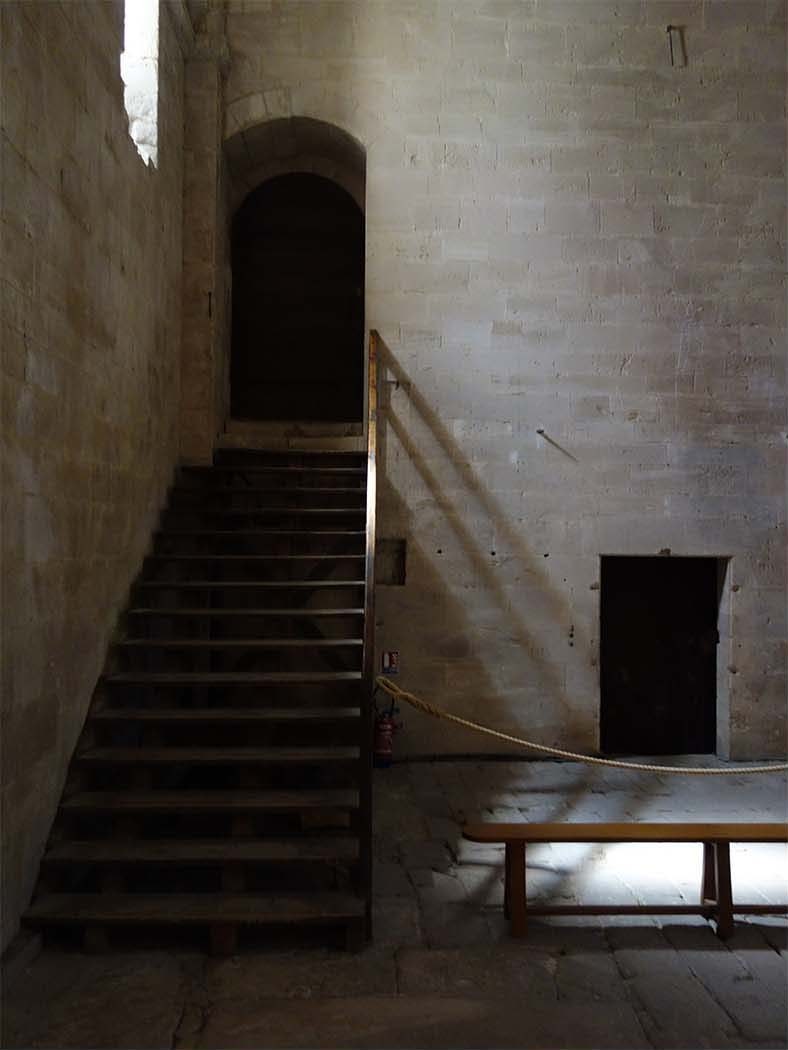 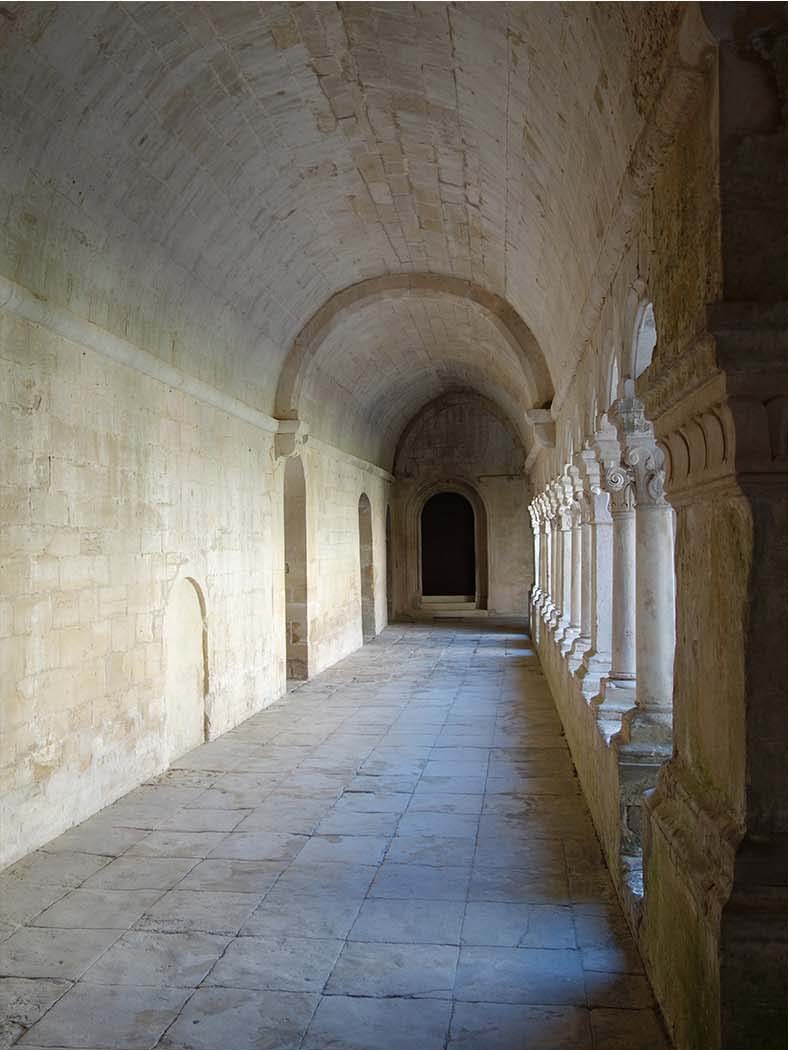 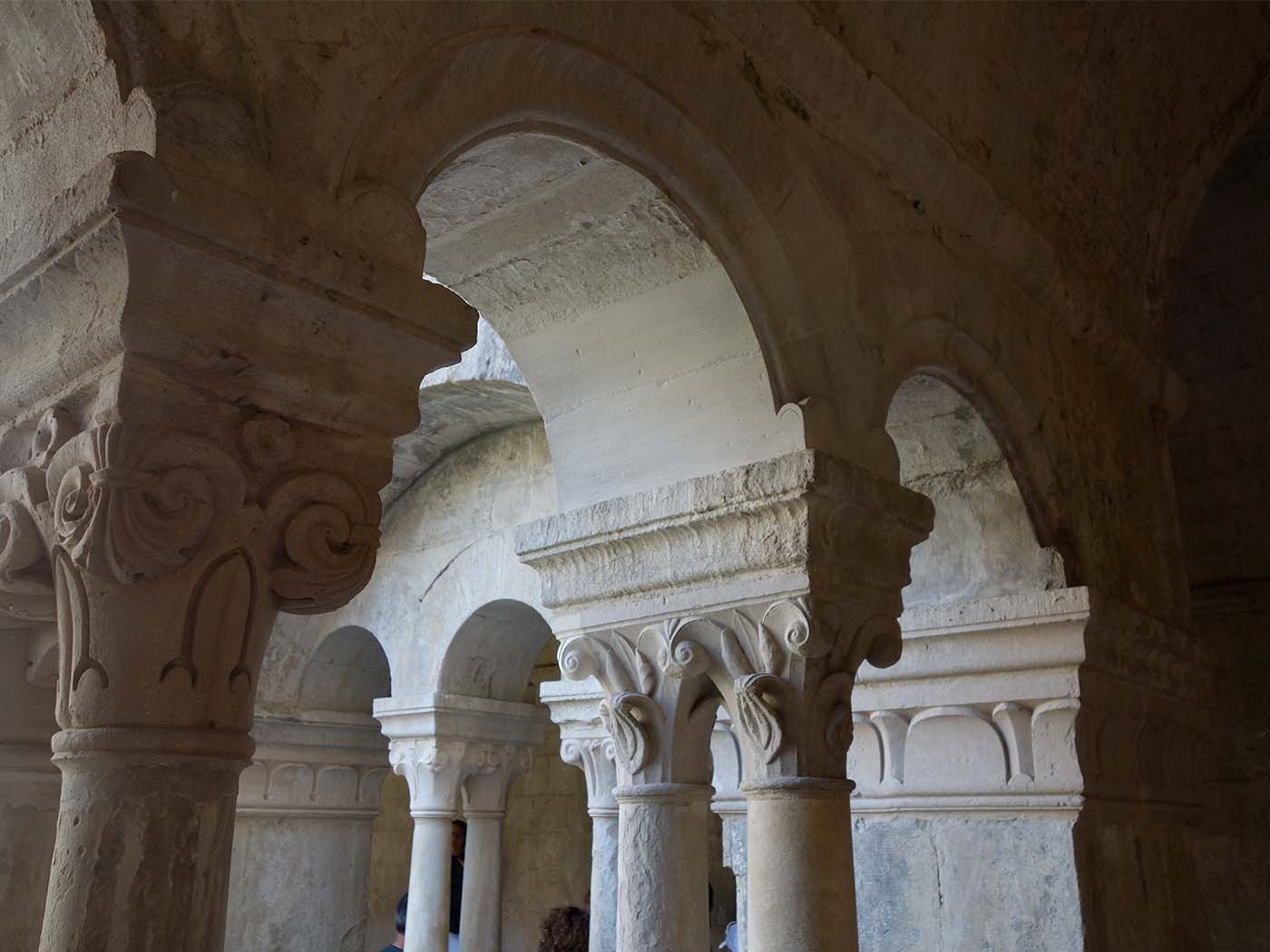 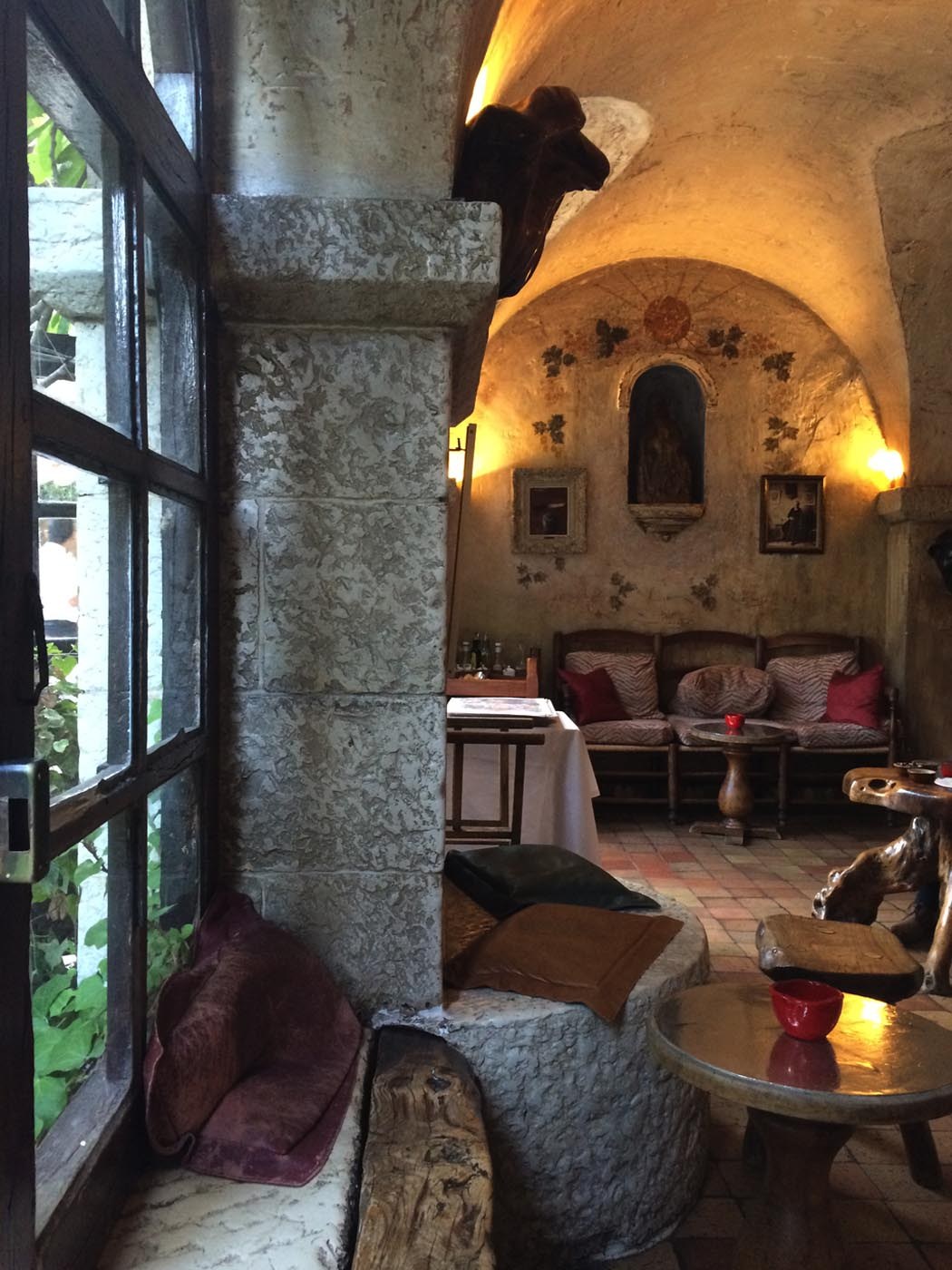 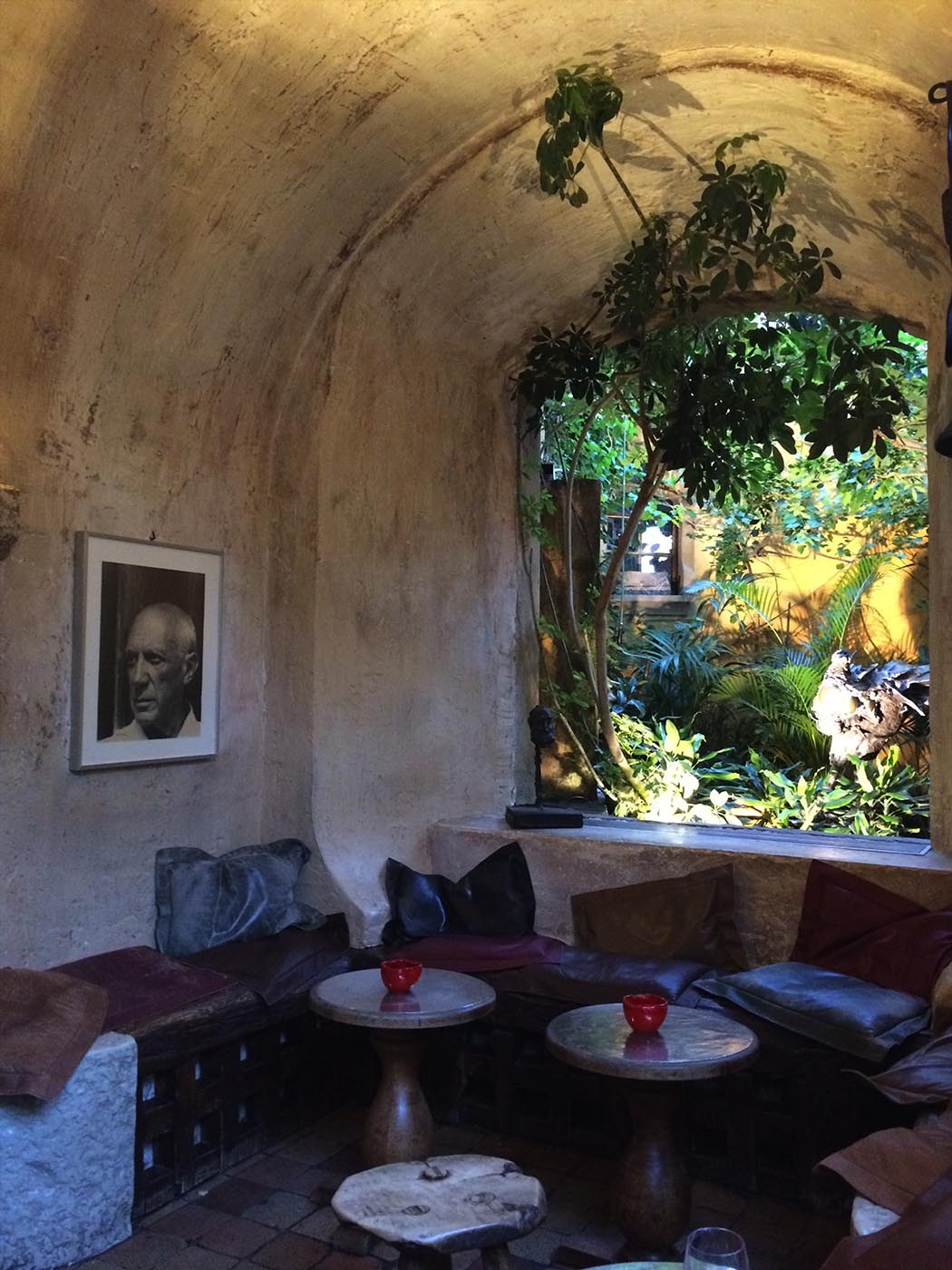 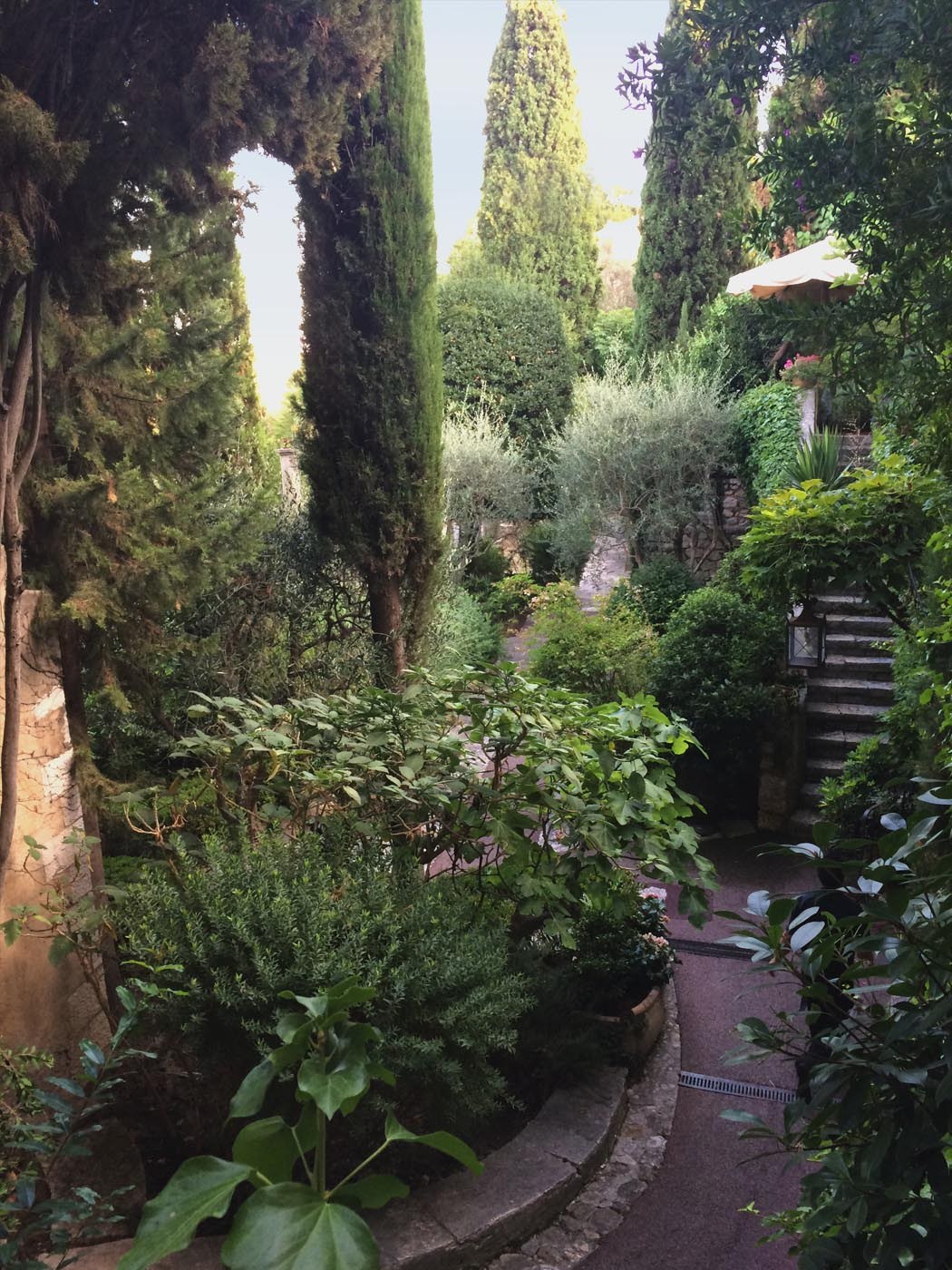 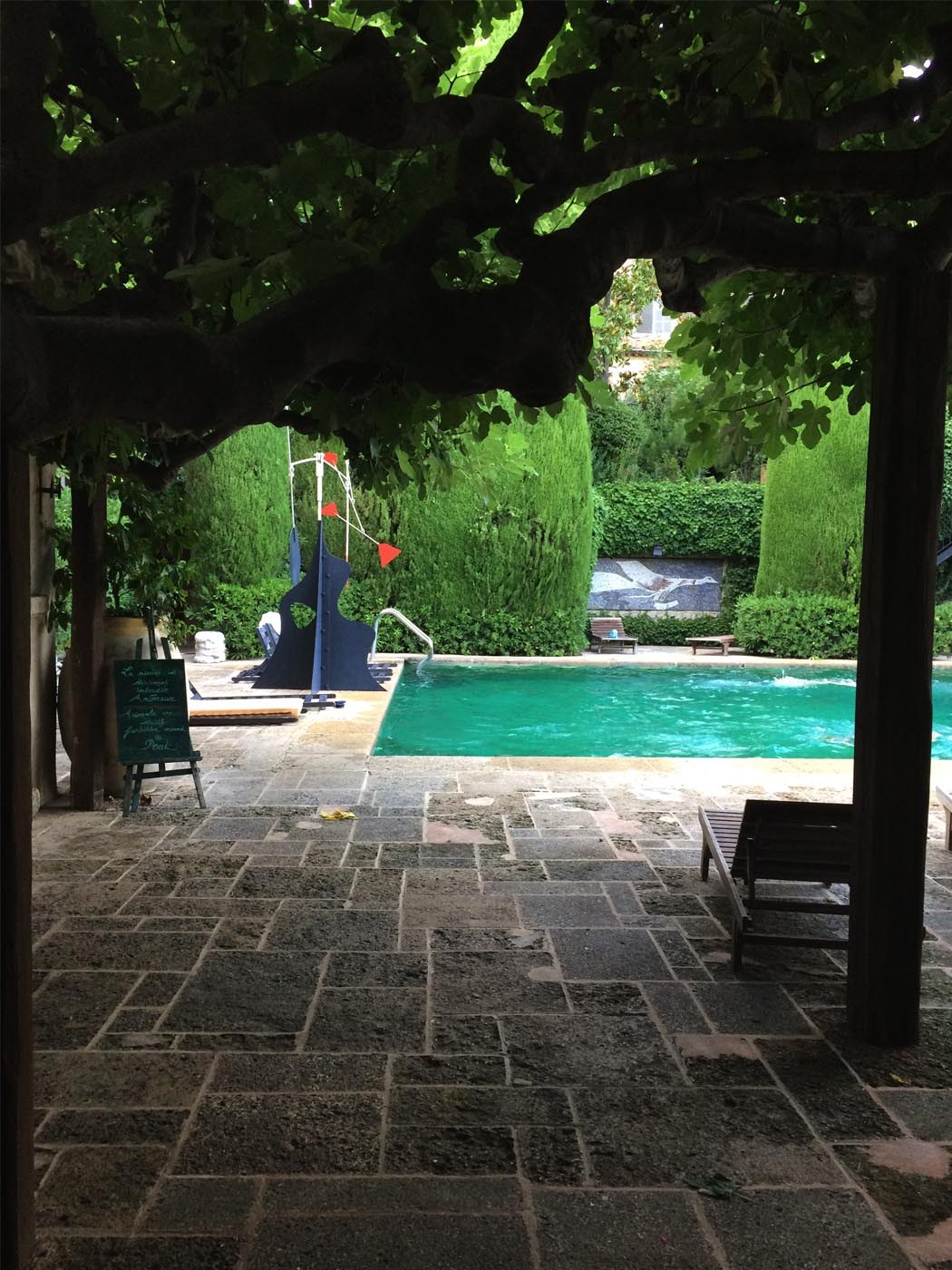 After the tourist tat that overwhelms St Paul de Vence, successfully killing the romance of its name, the Fondation Maeght (Josep Lluis Sert, 1964; various artists) in the hills above restored faith in human creativity, and its transformative spirit. It is a rare place where the anticipation of its alluring approach is exceeded on entering.

Across the sculptured entrance court, a low gallery, square and built around a central courtyard, given interest by following the contours of the land, is separated from the taller main gallery by a courtyard inhabited by Giacometti figures, in whose company I felt at home (even if, or perhaps because, they seemed to be striding assuredly off a cliff edge). Beyond is a labyrinth garden by Miro, full of contrary wilfulness, and the essence of this amazing place.

In the strange way that inspiration seems to strike just when needed, the Miro garden seemed to perfectly correspond to a walled site in English hills I had been to see a few days before leaving, the response to which had been feeling a riddle.

Miro’s labyrinth is a landscape of myth, with sculptures watching over you just as the trees, and then a real watch tower, and always through the treetops the skyline of the Alpes Maritime high above the Côte d’Azur. But it was contained water and the particular light filtered through the high cover of trees that characterised the spaces, in and out, of this powerful place. I want to go back.

Provence also offered the stone houses of le village de Bouris, shepherd huts entirely constructed of dry rubble stone, a compelling mix of essentiality and sophistication, in equal and opposite measure to that at the nearby Cistercian Abbaye de Senanque, Le Thoronet‘s close sister.

And for pure untrammelled sophistication, dinner at la Colombe d’Or, whose bar is surely proof that walls and spaces take on the character of the people that inhabit them – and similarly whose pool is the coolest there is. Point.