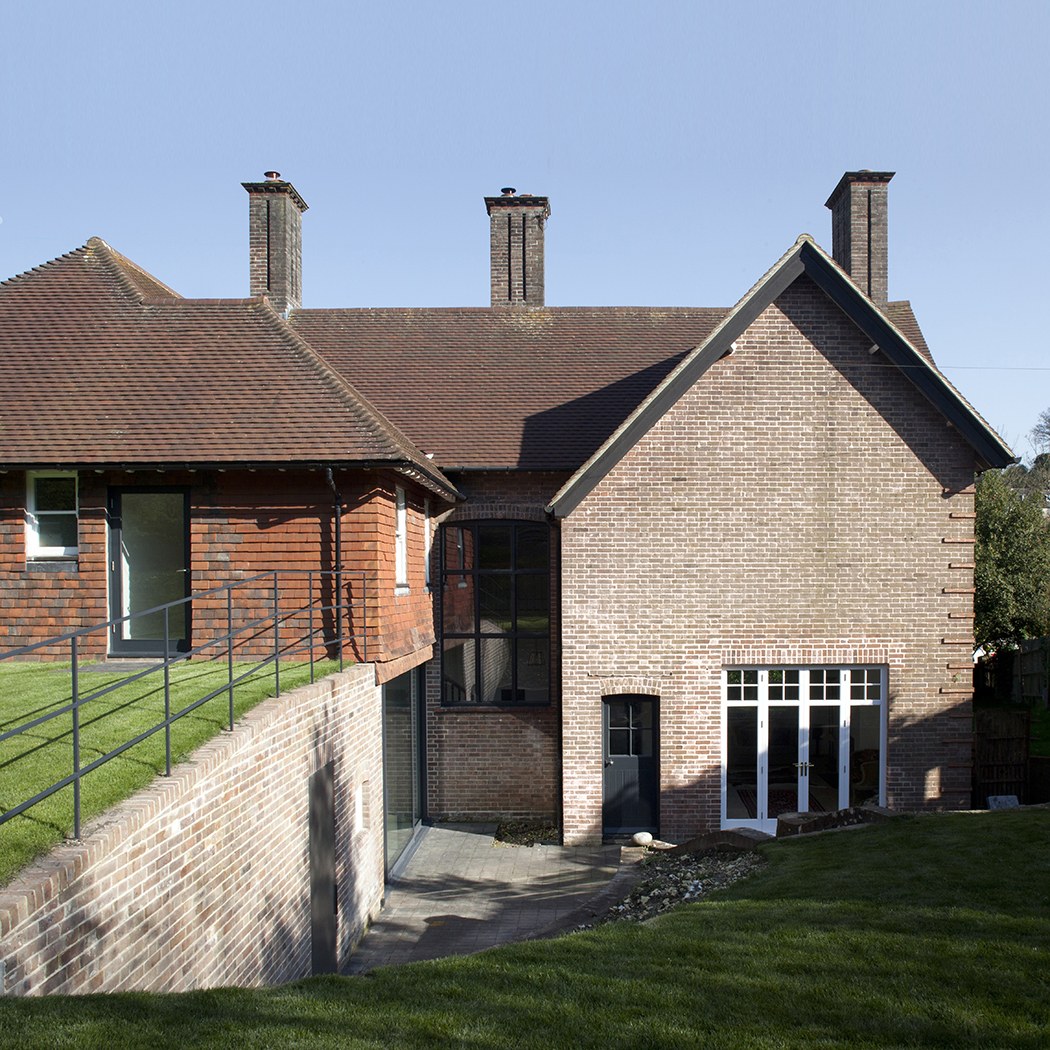 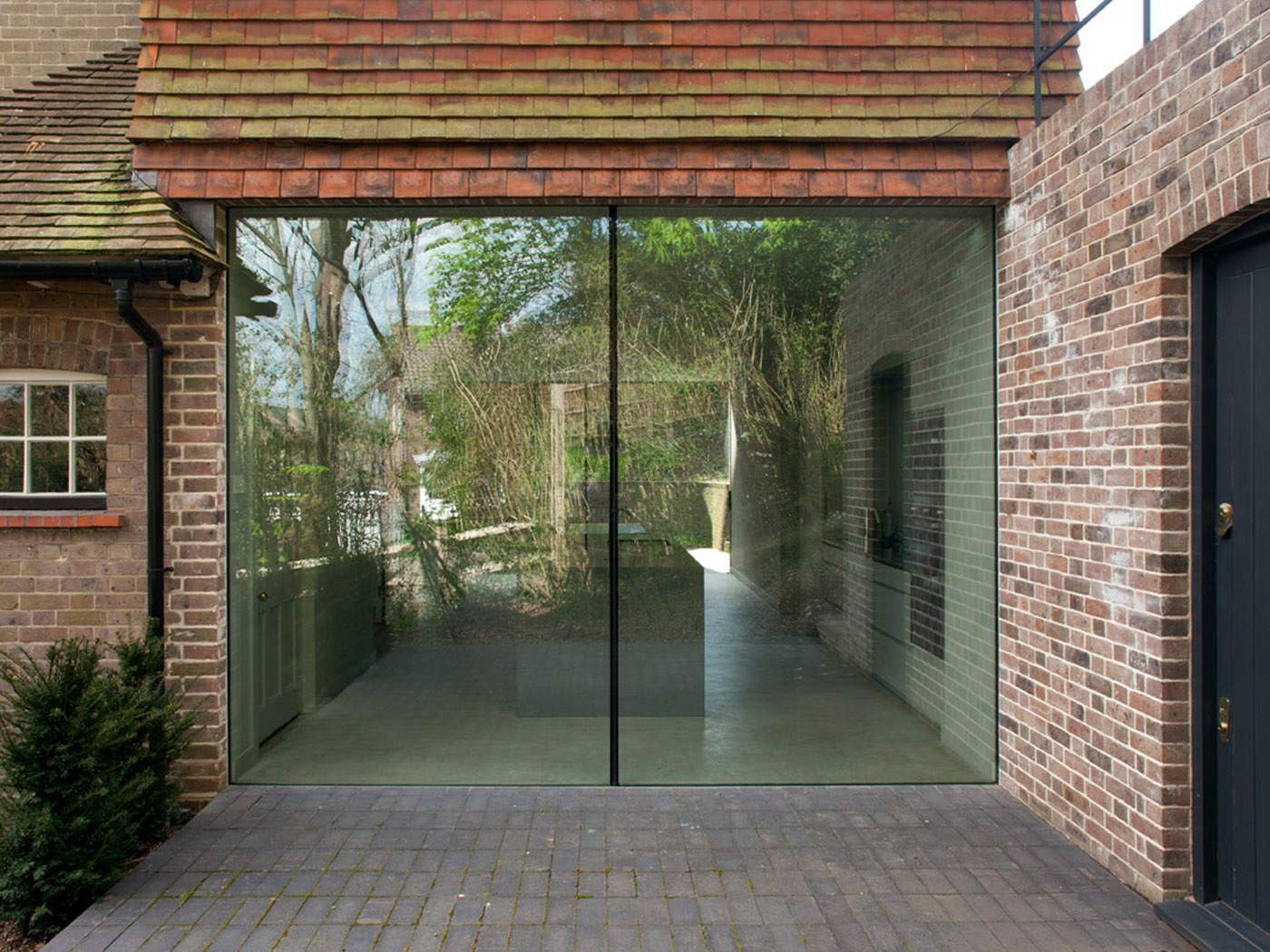 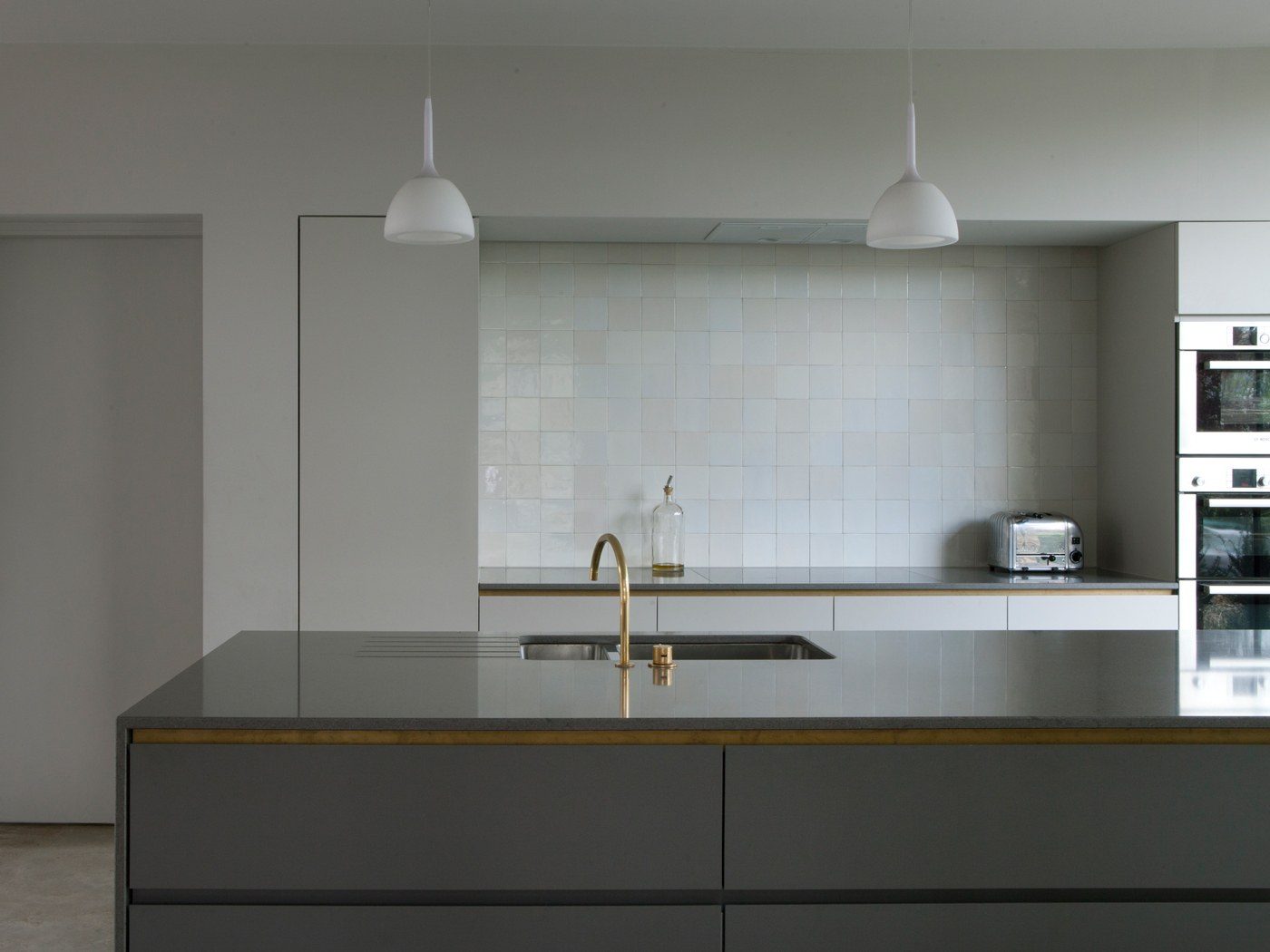 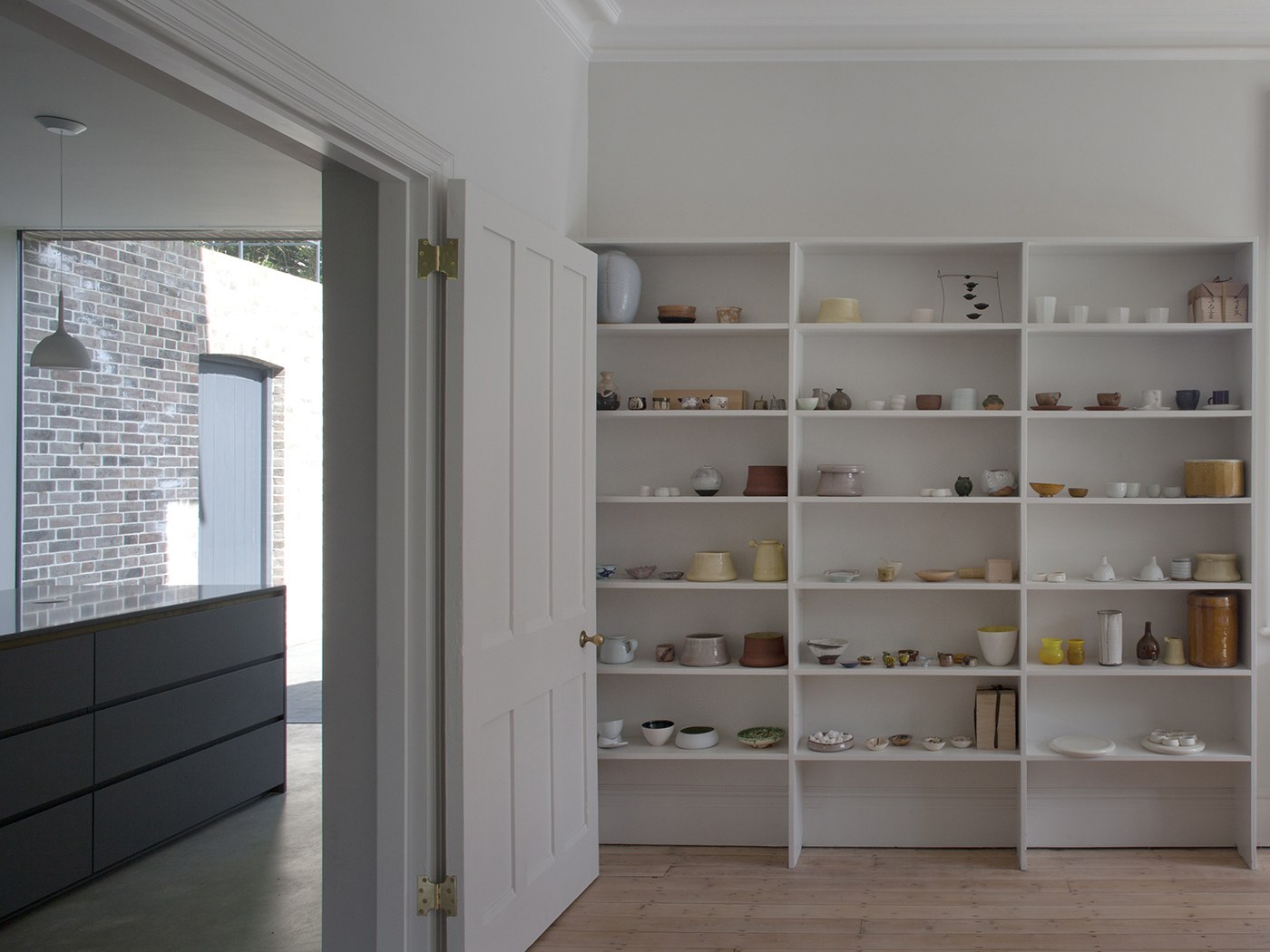 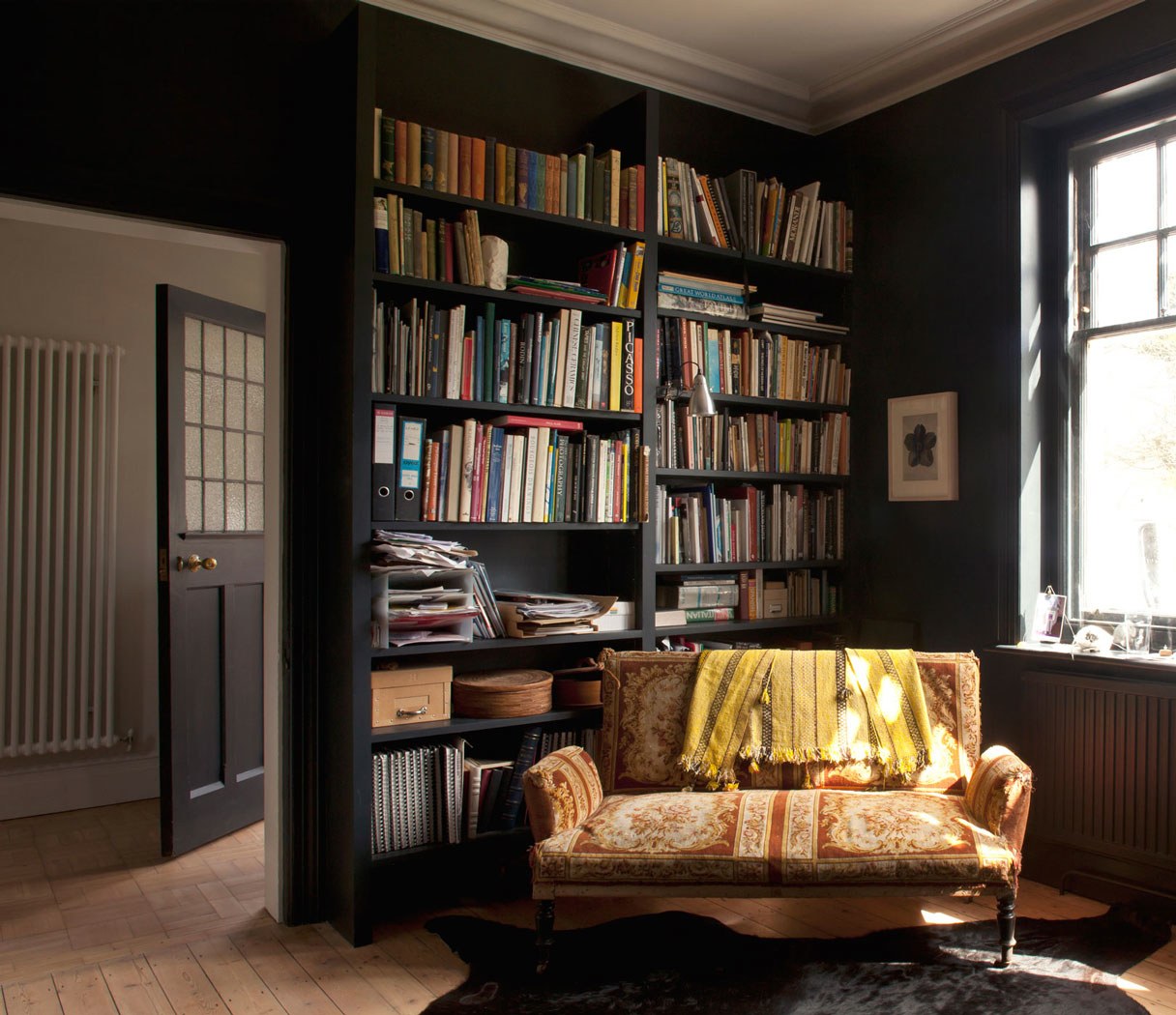 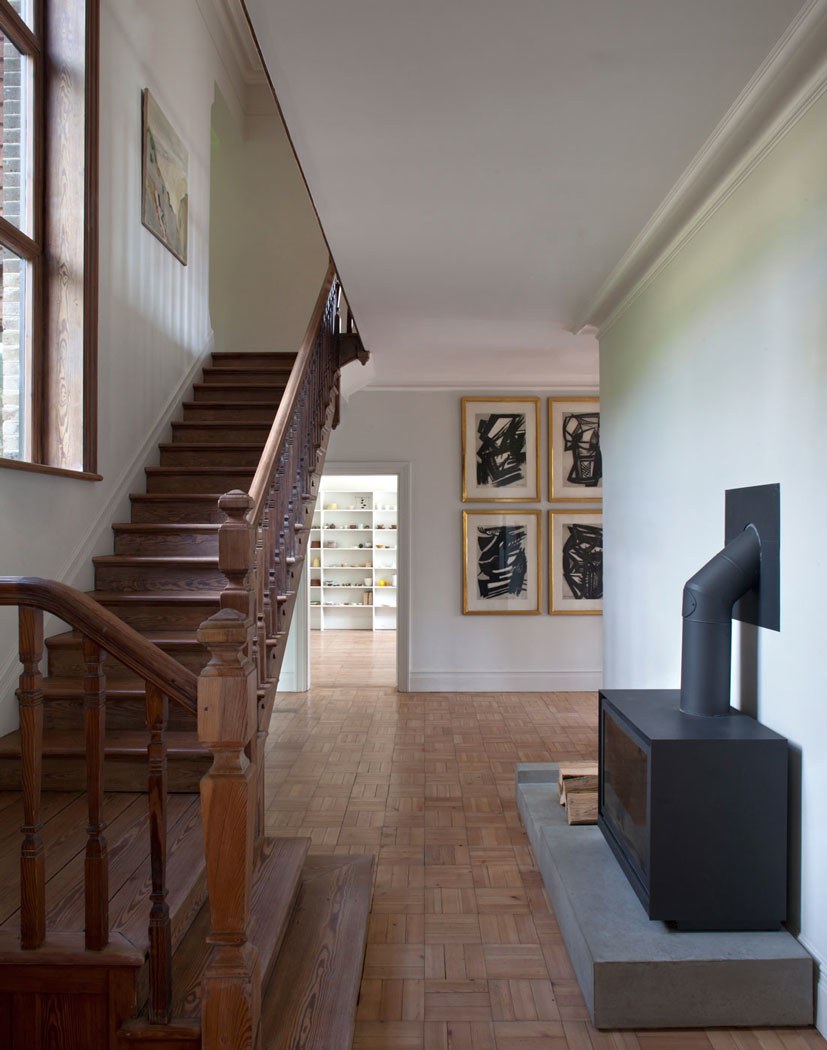 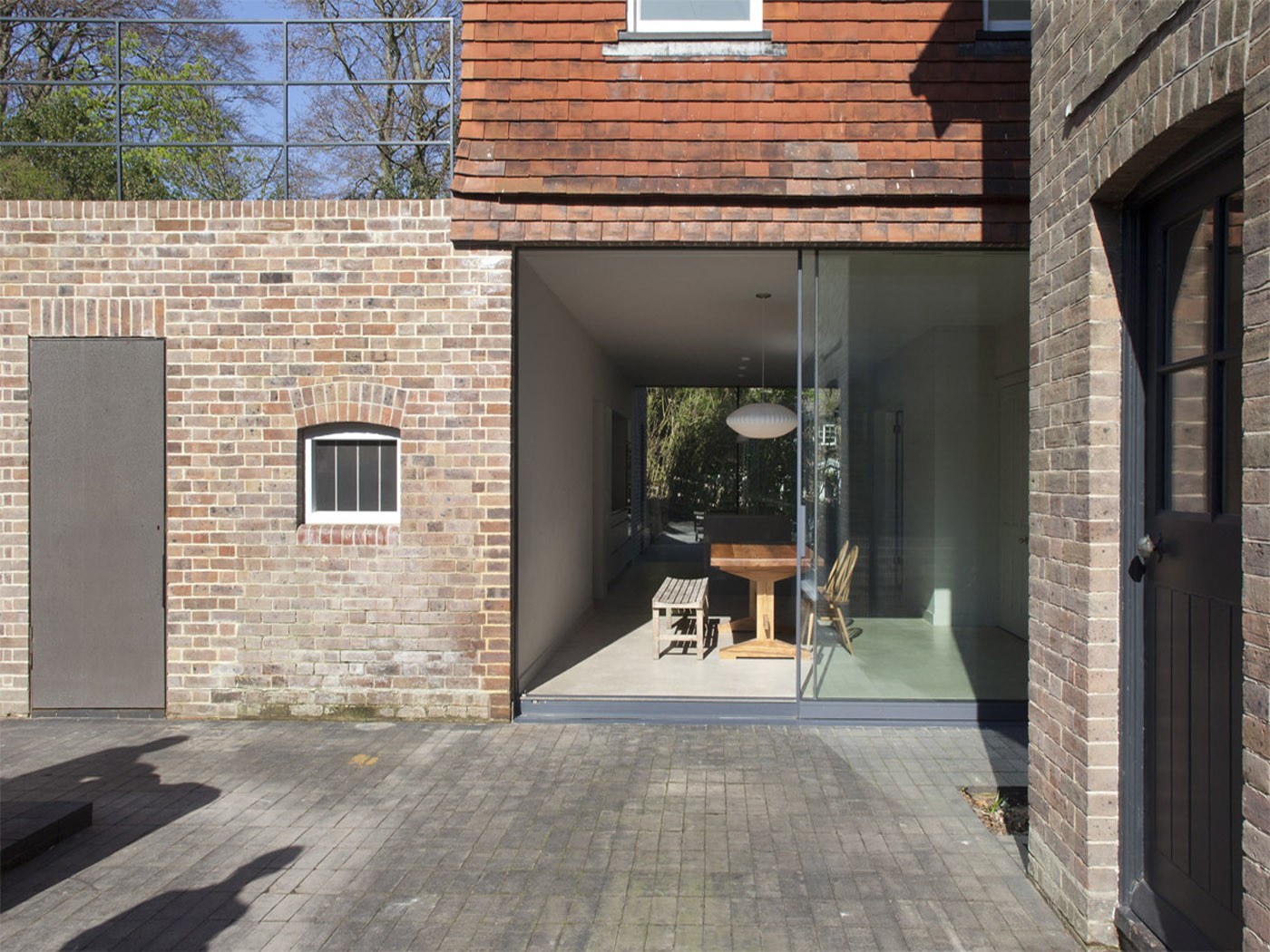 An Arts and Crafts rectory in Lewes did not sit well on its site, with a typically long low roof sweeping down at the rear, only to be met by the garden of the sloping site sweeping back up.

In response the roof was removed and the lawn taken over the rear service rooms to bring the garden right up to the back of the house at first floor level. The rooms under were converted to a toplit studio for the potter-client. The tile-clad rear extension that was revealed became a bridge over the fully glazed ends of the new kitchen. Floored in concrete, it is enlivened by brass detailing to the cupboards and the soft variation of handmade Delft tiles in the cooking recess.

A wood-burning stove on its concrete plinth in the Hall is the heart of the newly restored house.