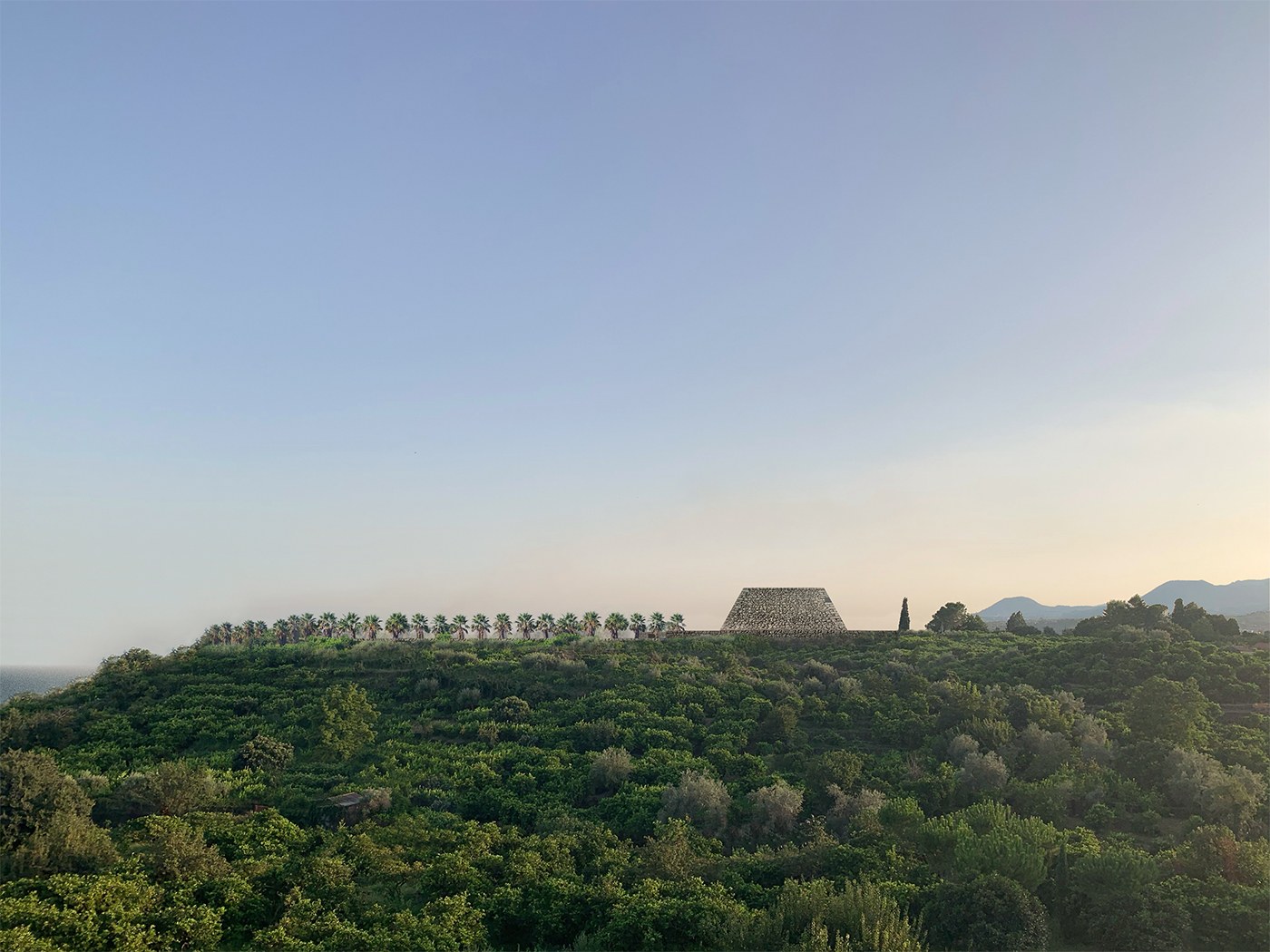 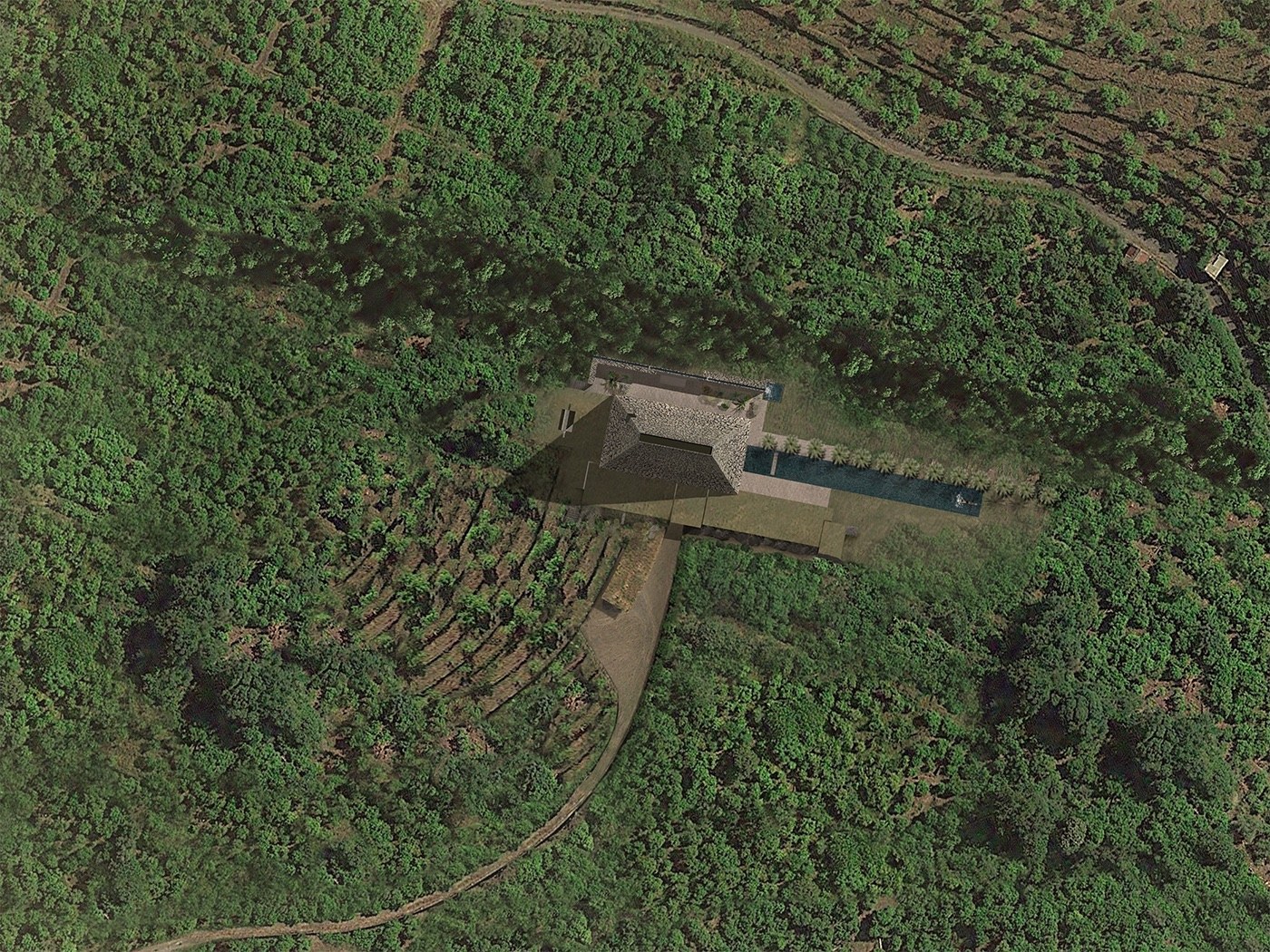 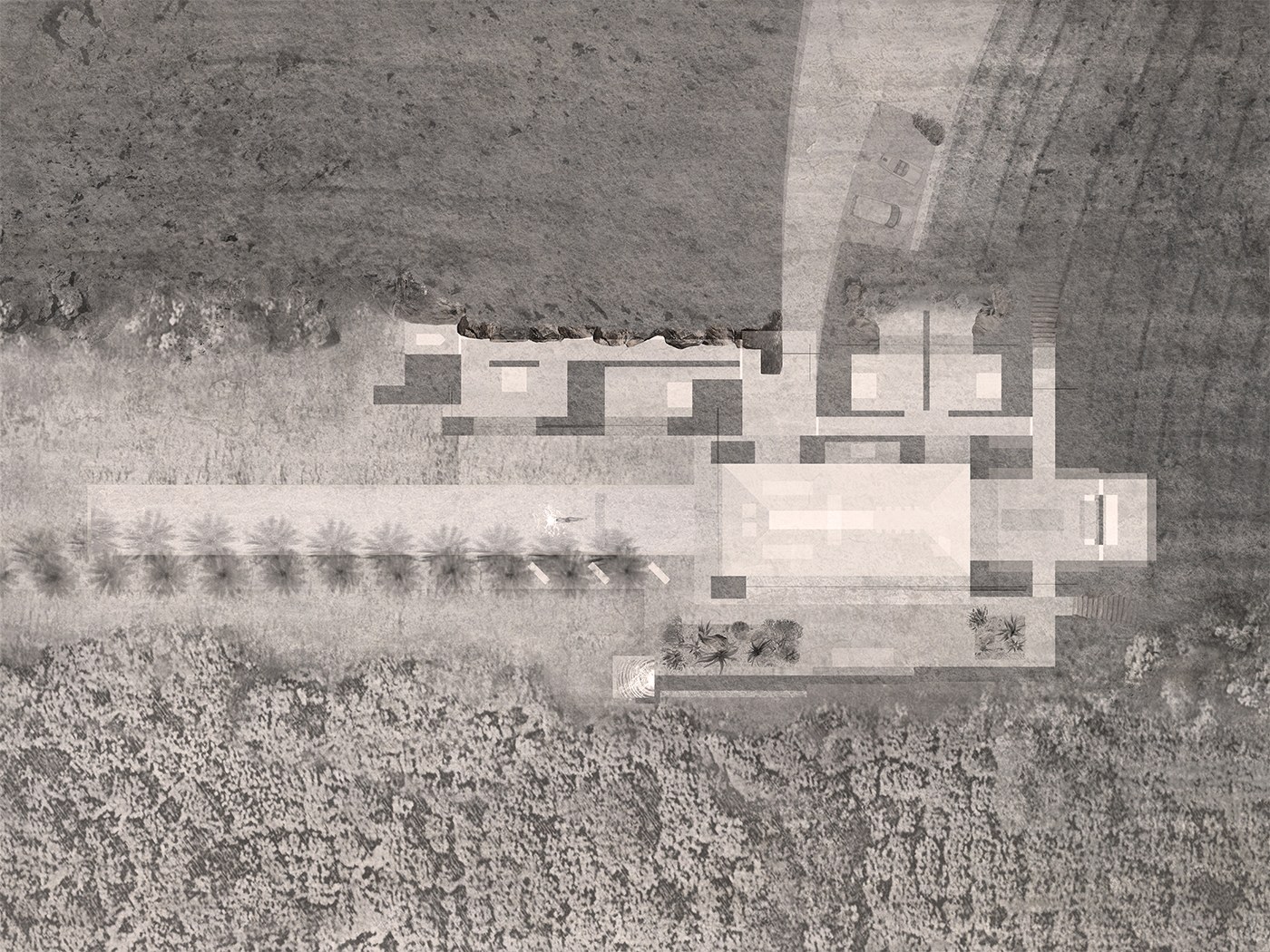 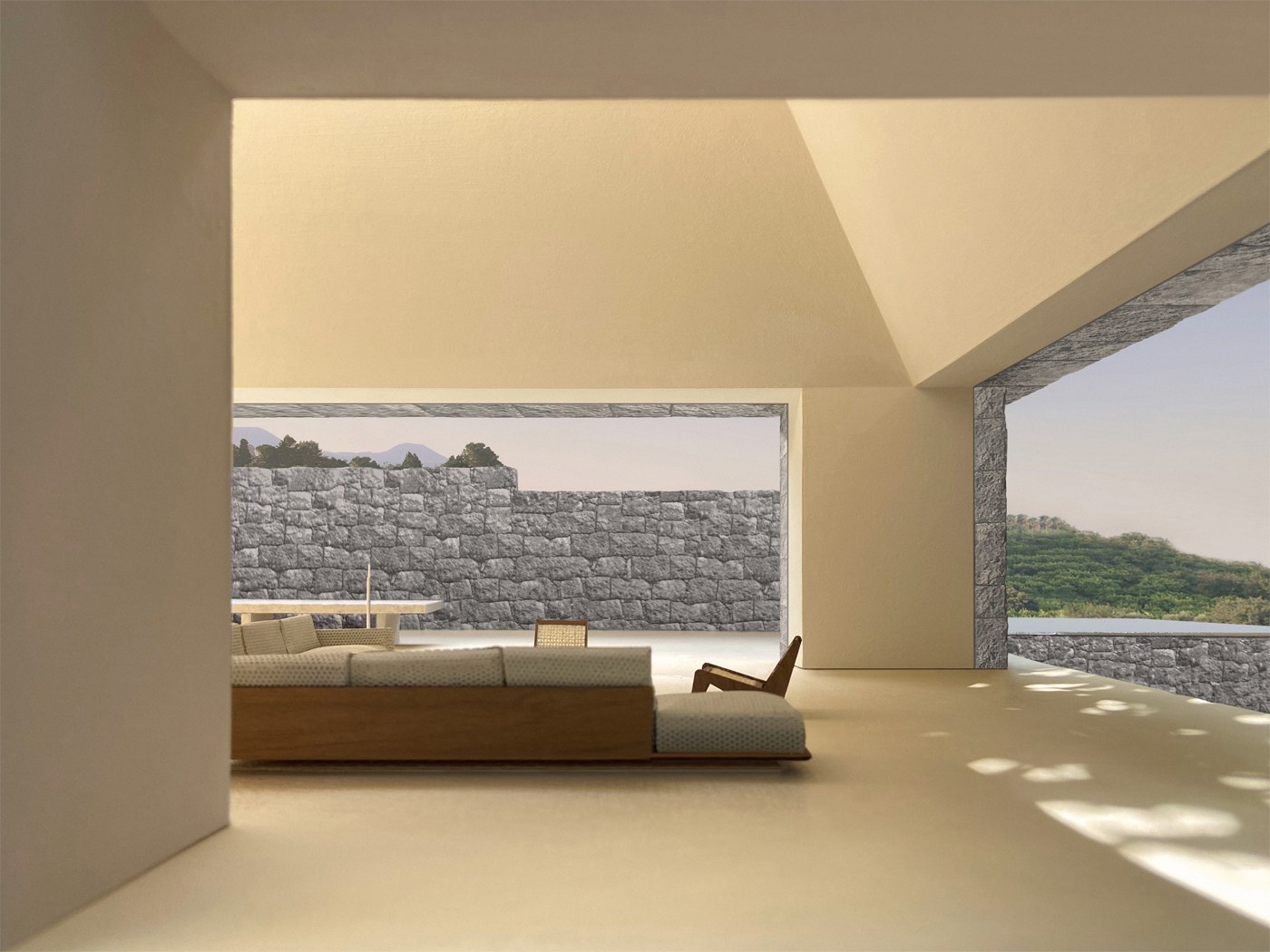 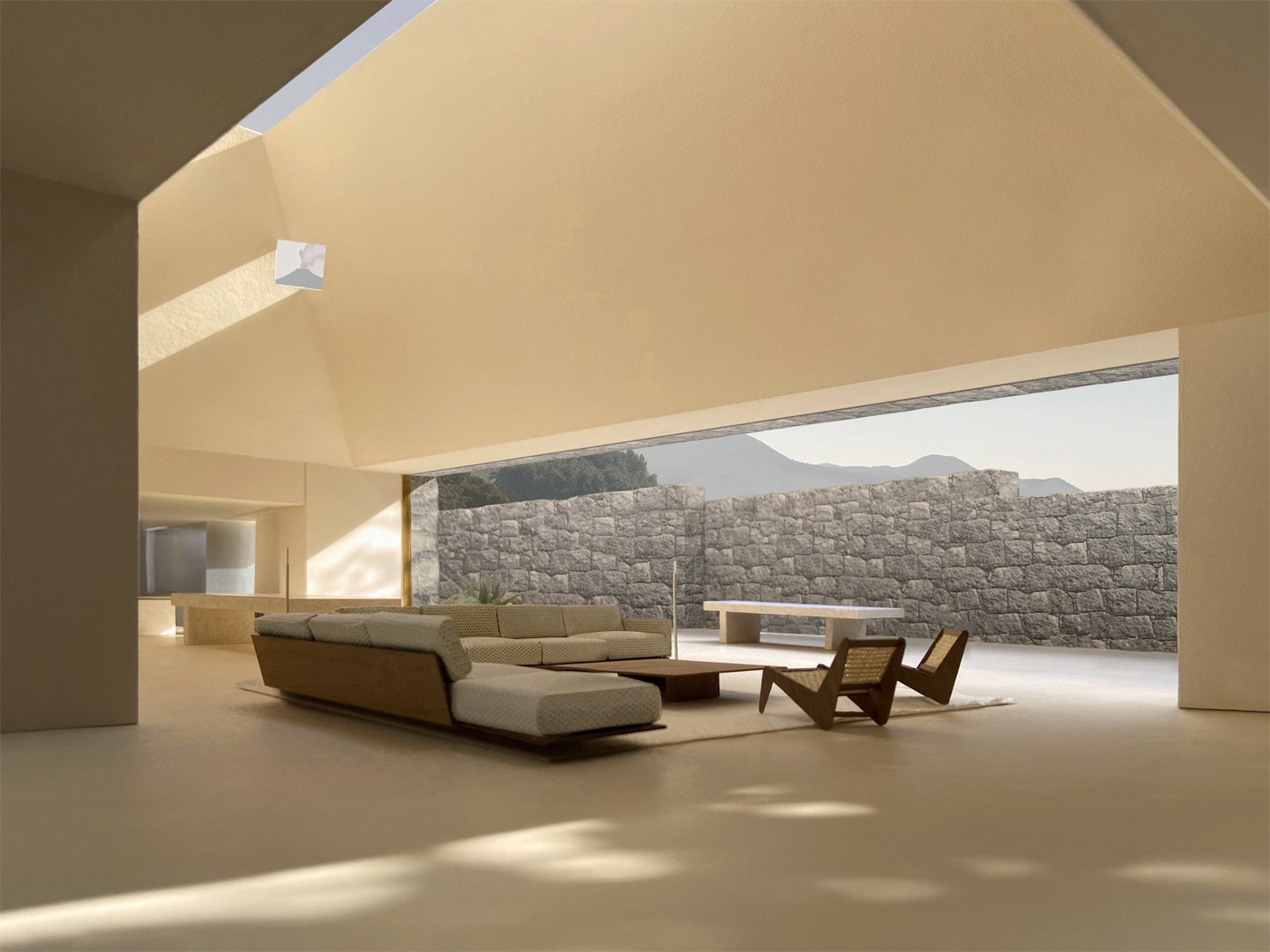 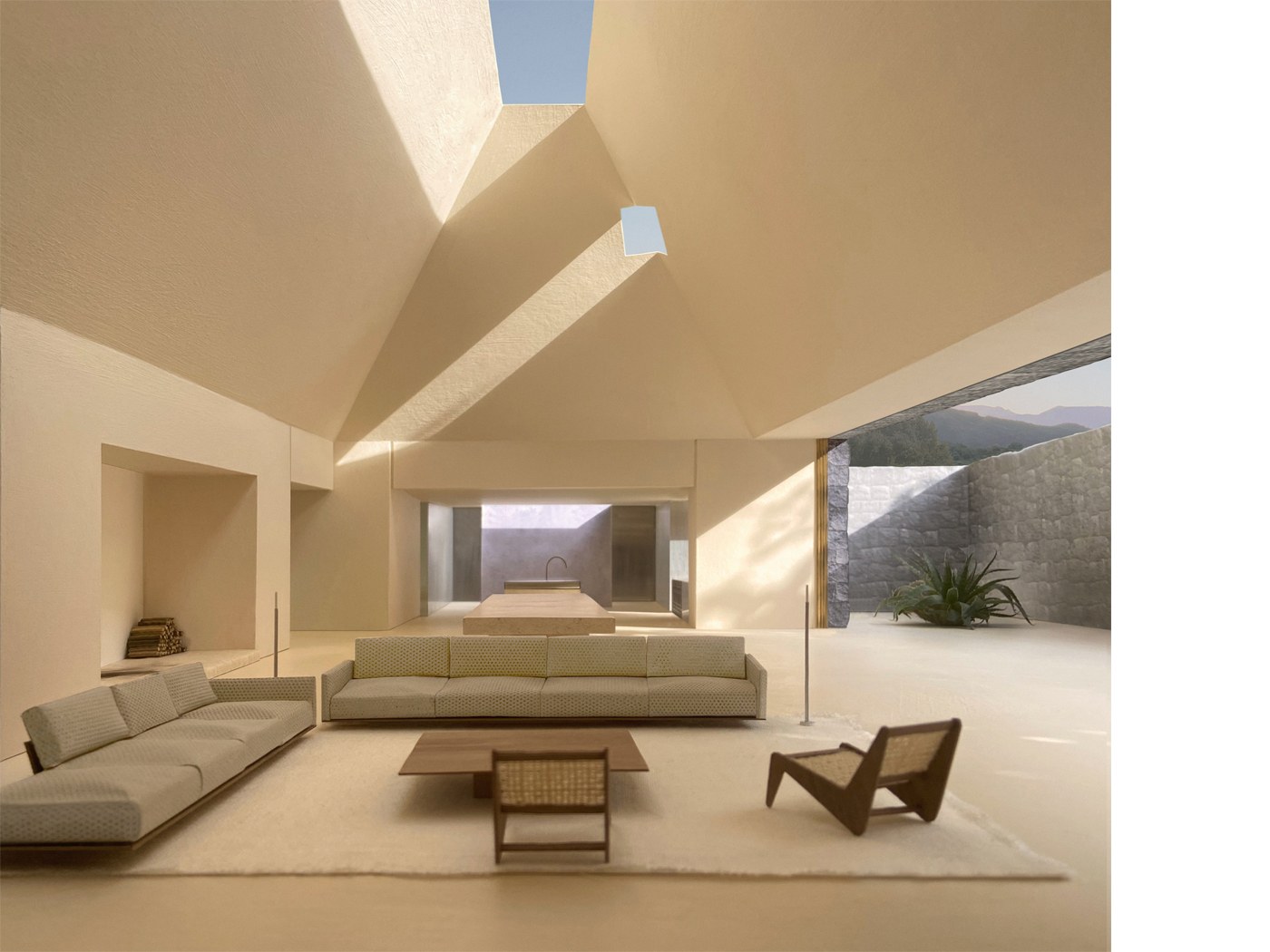 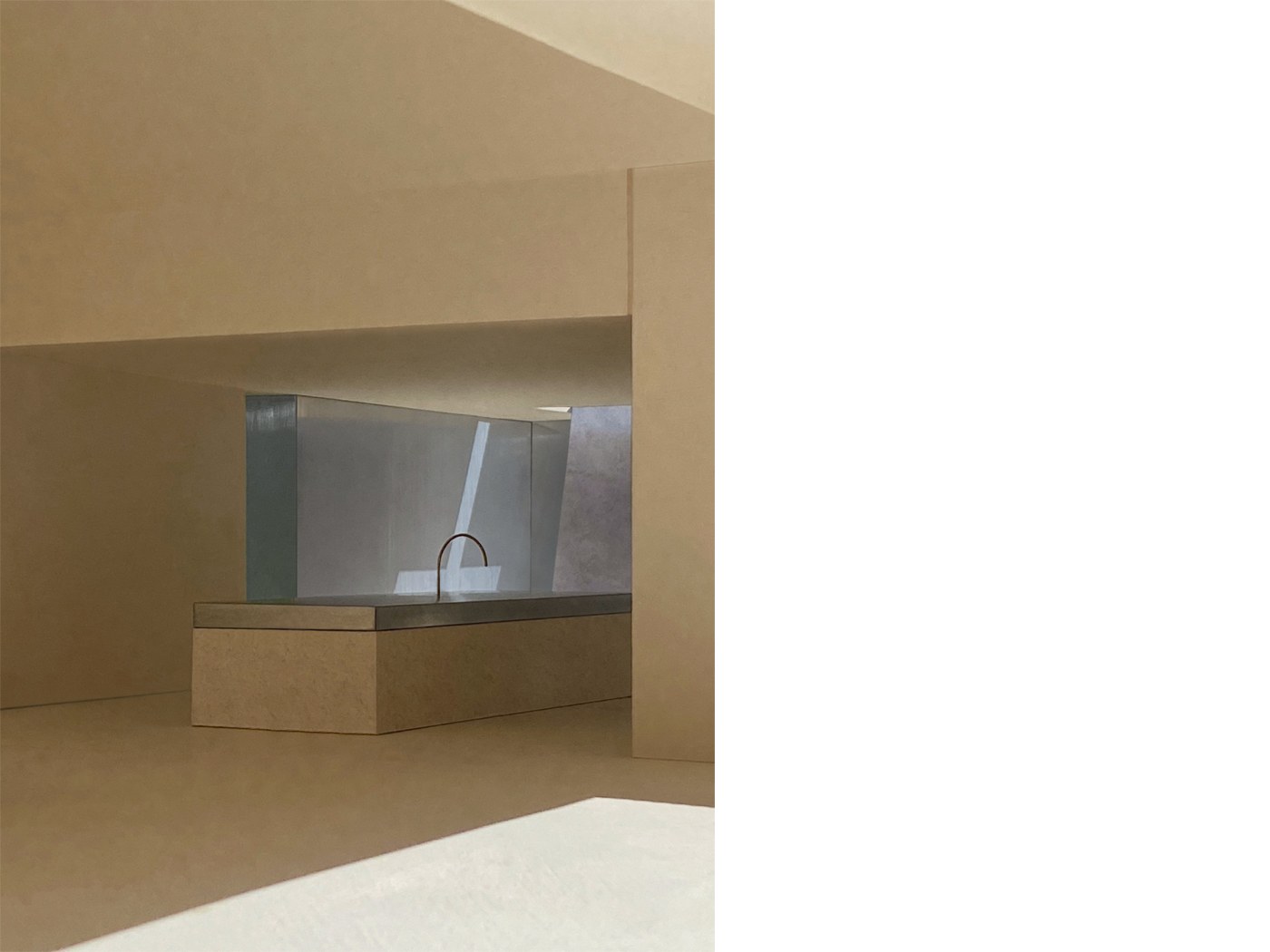 A design for a holiday house atop a ridge in the foothills of Mount Etna in eastern Sicily, intended to be on the scale of the grand eighteenth century Sicilian palazzos of The Leopard.

The building is conceived as a piece of land art – a sculptural form placed in the landscape that responds to the hillscape beyond. The stone roof form is inspired by traditional southern Italian agricultural buildings. Though large it has an abstract quality that reads in relation to the scale of the wider landscape rather than as a piece of domestic architecture.

Internally a corner window in the roof frames a view of the peak of Mount Etna on arrival in the main living room.

Bedrooms are behind, cut into the rock in two pairs, opening to terraces. The master bedroom has an outdoor bathing chamber set within the volcanic rock.

An existing line of palm trees along the ridge line a 50m long swimming pool leading out towards the sea.