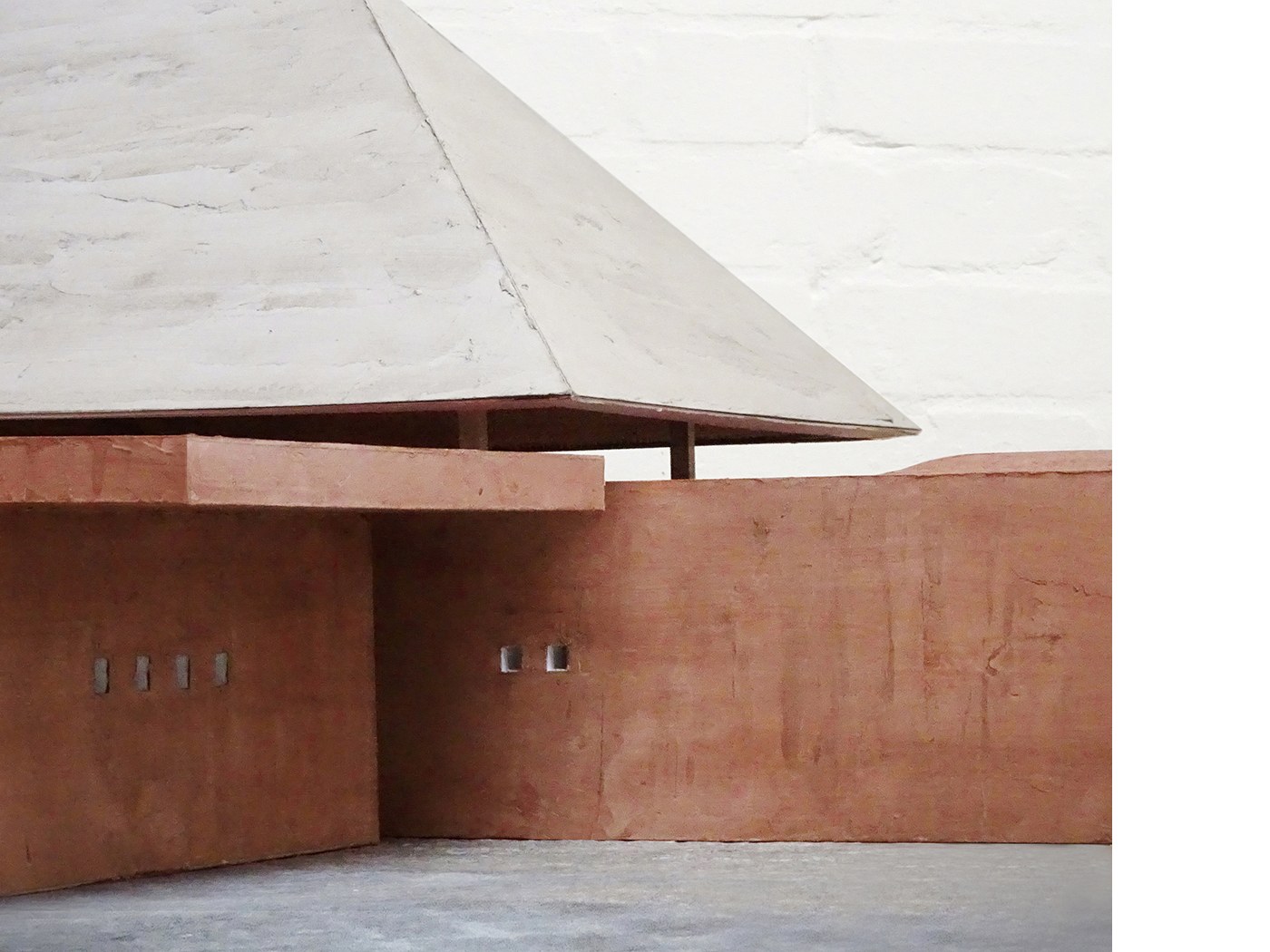 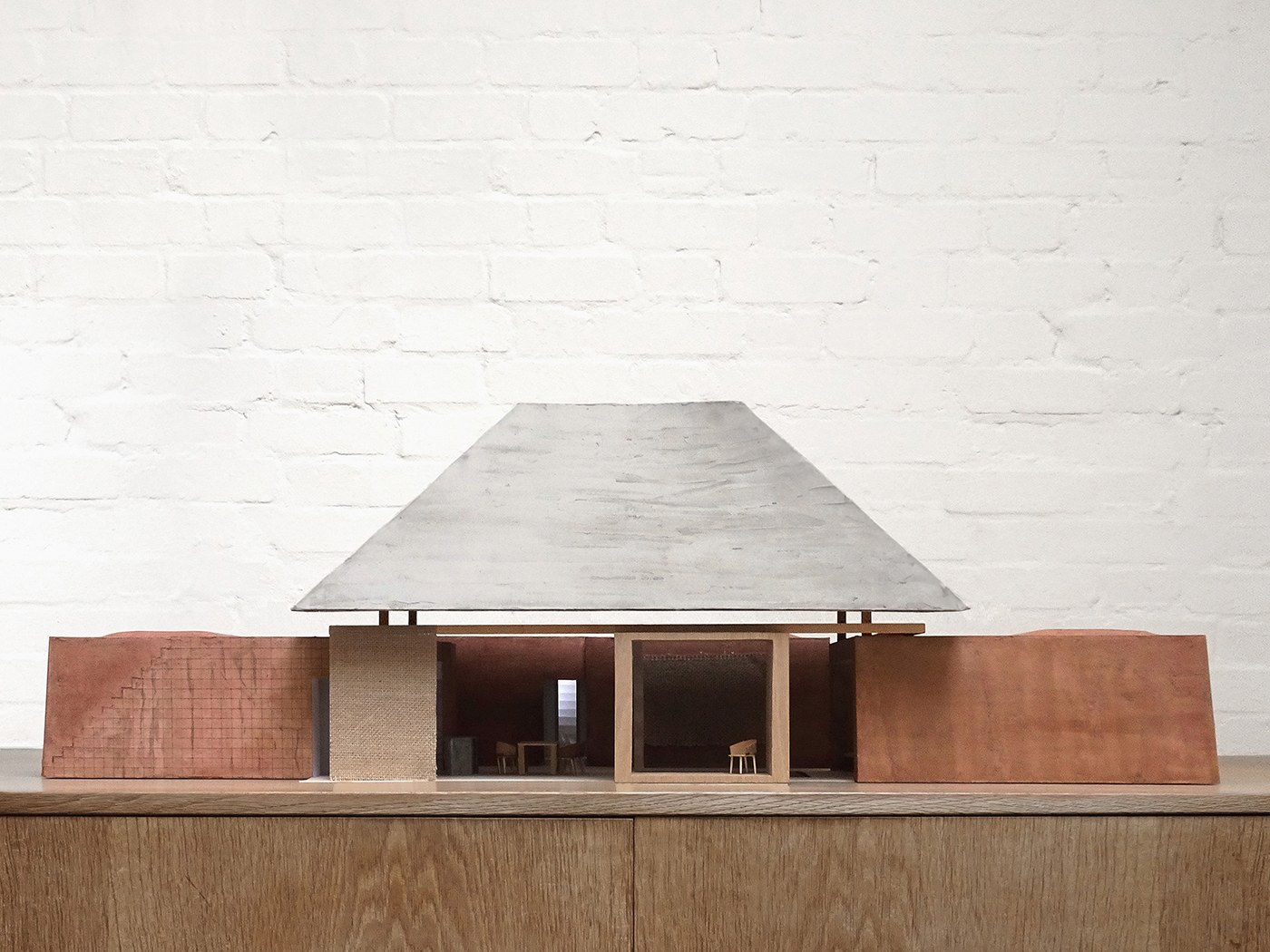 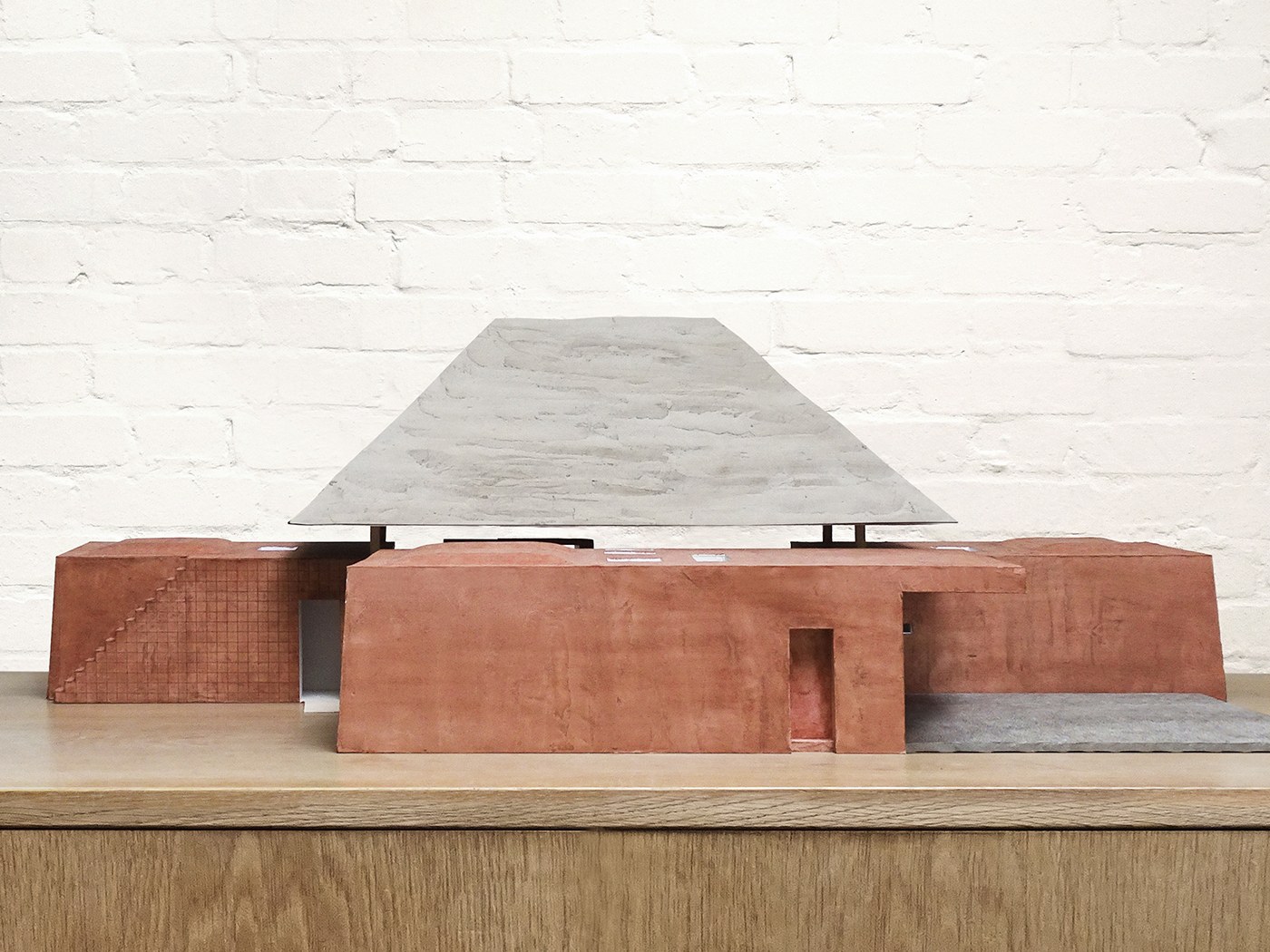 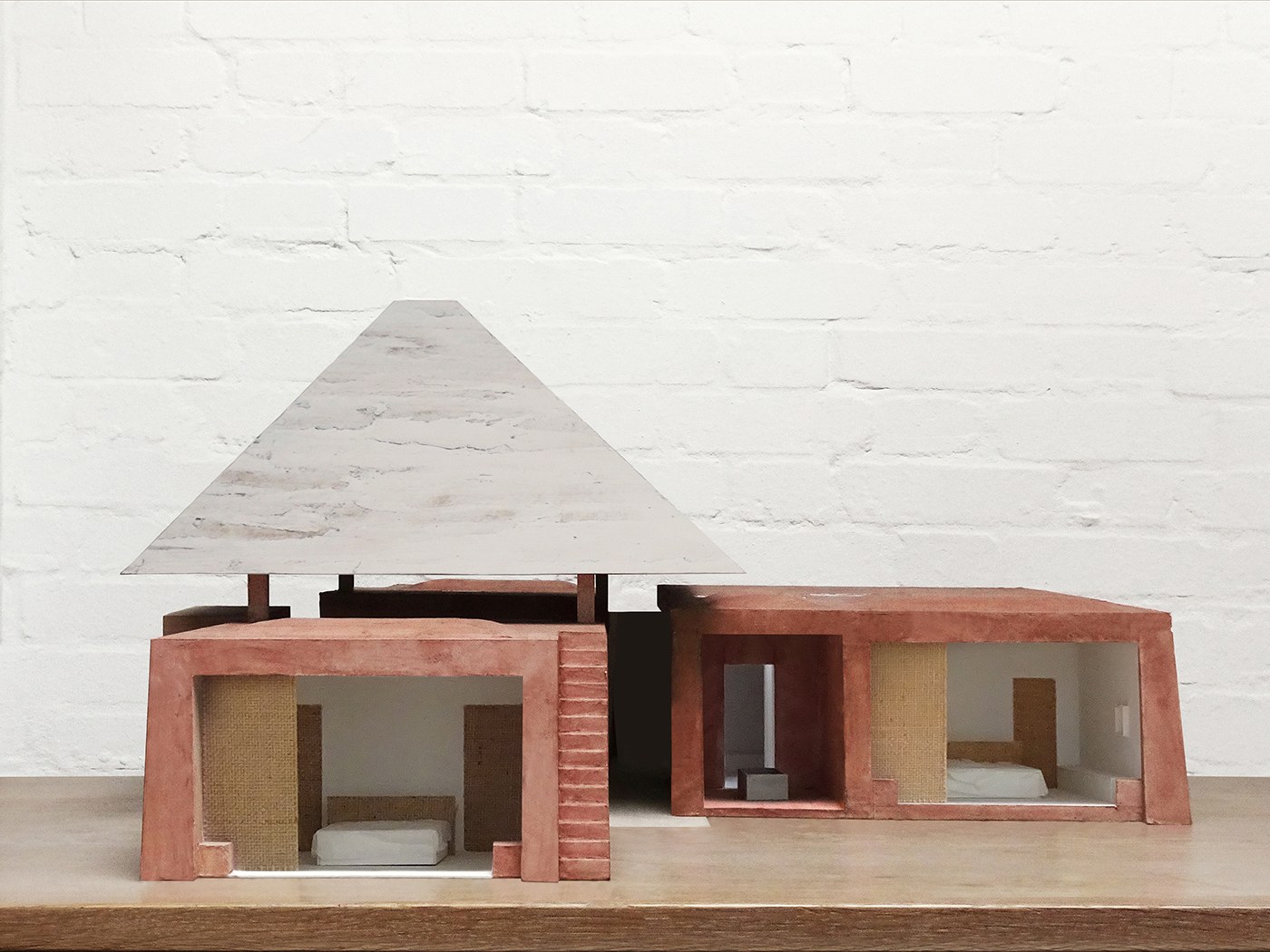 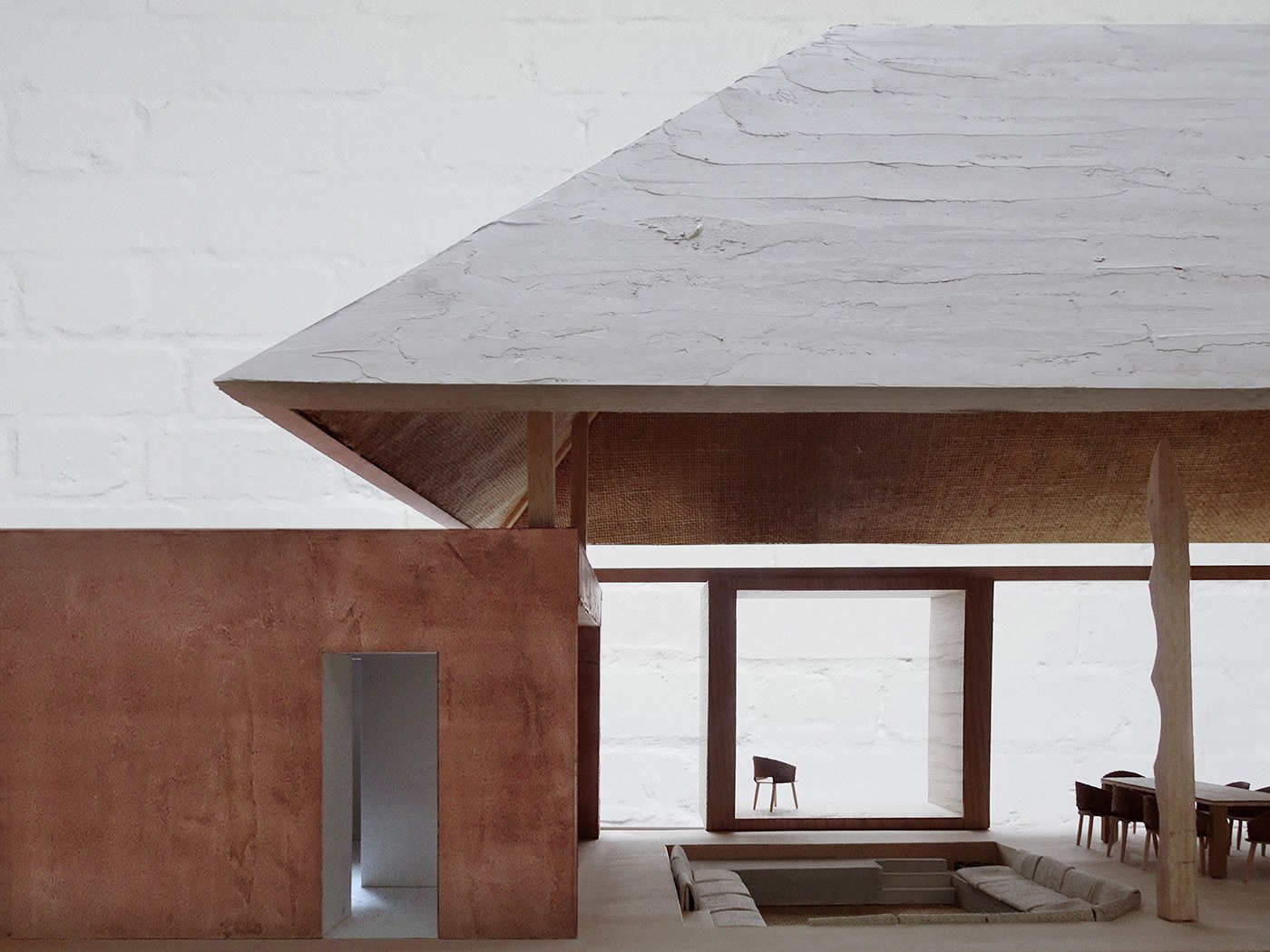 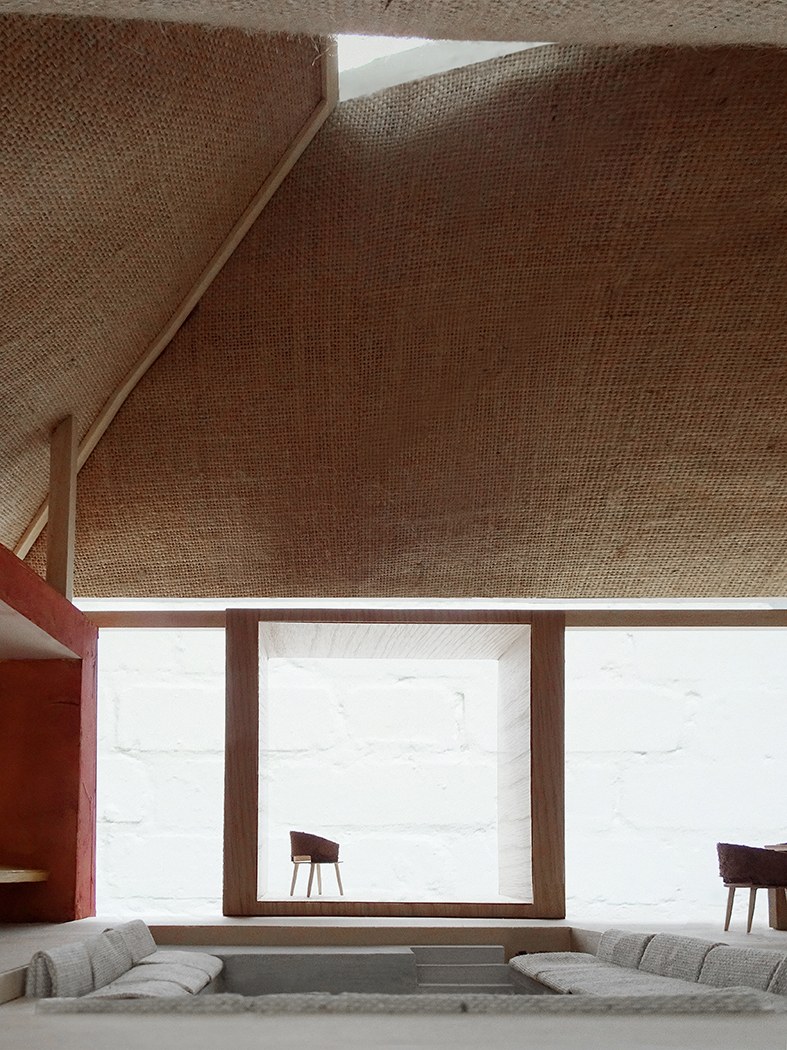 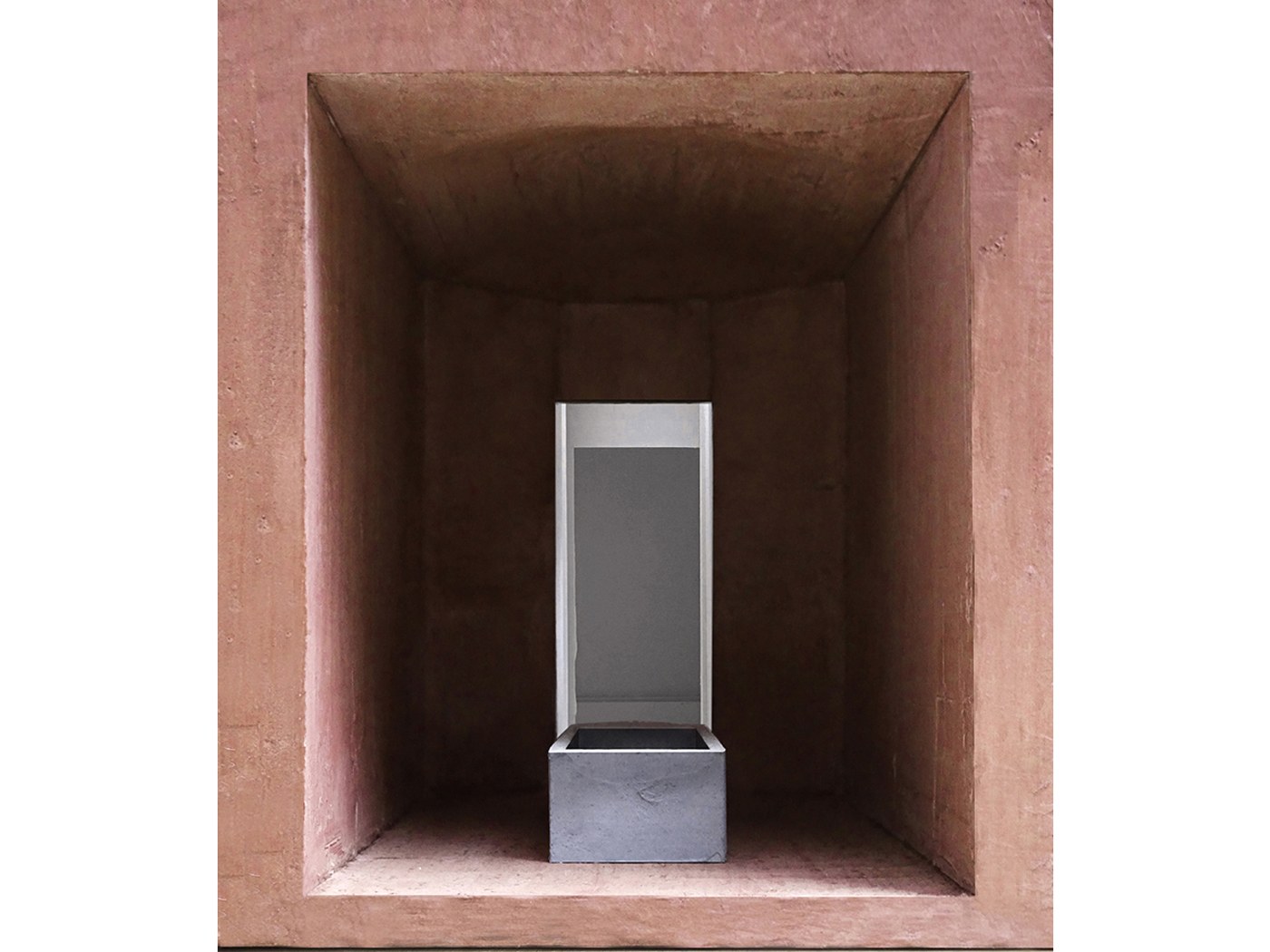 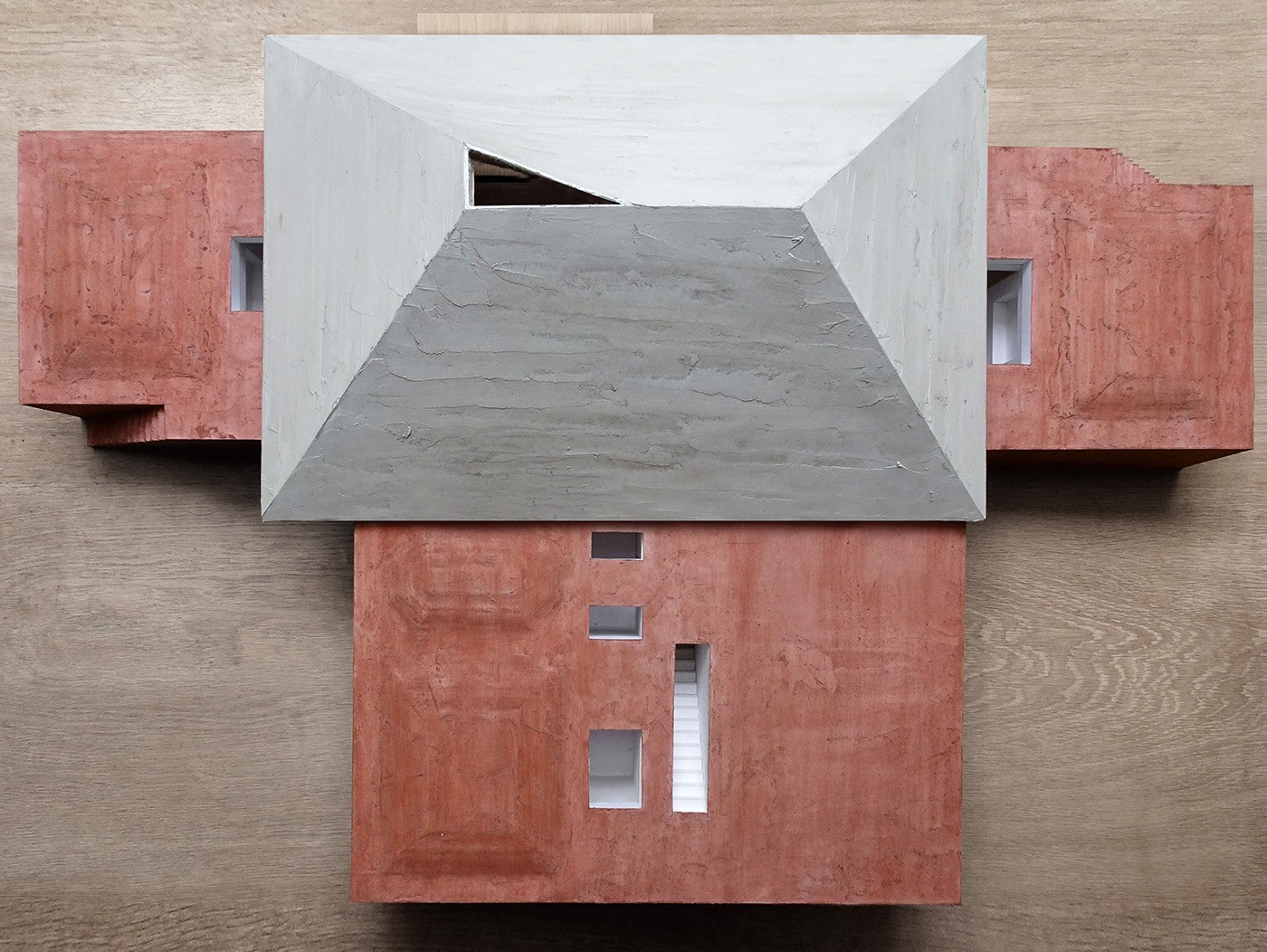 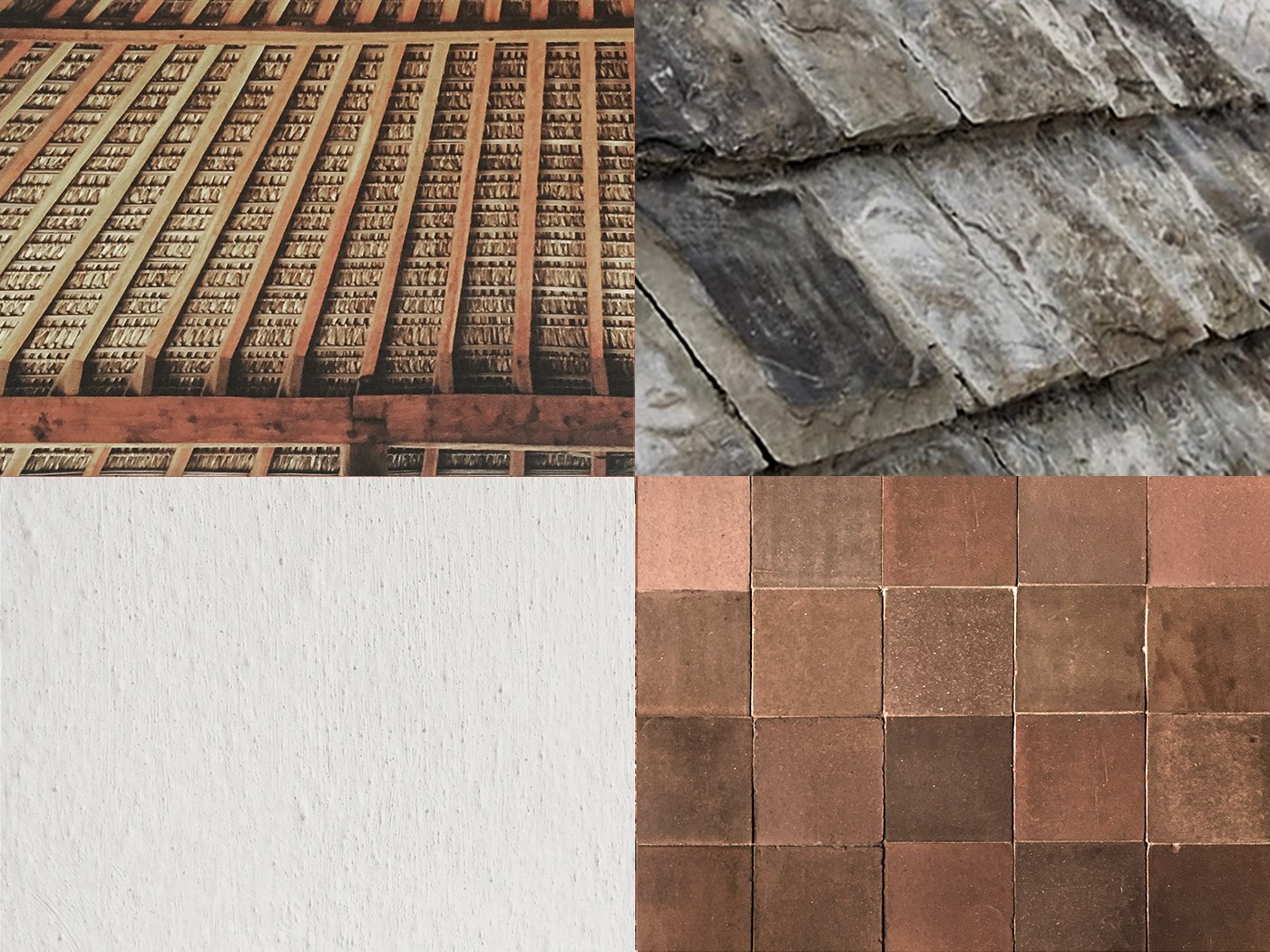 The Founders Retreat for The New Craftsmen is a house for retreat, to recharge, to energise, to reflect.

The house is formed of three blocks, one for each of the Founders, clad in colour-graded wood-fired clay tiles. Each has a bedroom to retreat to under a softly-domed roof, opening to the wild gardens and with outdoor stairs onto its roof.

The blocks form an entrance court, and inside frame a central space like an ancient hall, under a huge floating roof covered in giant slabs of local Hornton stone, sheltering a stone kitchen block and a seating pit with fireplace and record player. It is a place to come together, for eating and meeting, for ideas to be borne.

It is to be a house of craft, in which every surface and material bears its maker’s mark – soft brushed limewashed walls, hand-rolled glass, sawn stone and timber, and a Jesmonite bath in an outdoor bathing chamber.

Furnished with objects made by the New Craftsmen’s makers, it is a place for stories to be made, but also a place whose inventory would make a storybook in itself.